A travel writer and a chef walk into a bar. They fall in love and move in together. The chef gets a Michelin star, then two Michelin stars, and they live happily ever after nearby the restaurant. Then comes coronavirus.

My German culinarian and I reside in Berlin, where the pandemic’s death rate is fortunately very low compared to other parts of Europe. But the price of a low death rate is strict lockdown restrictions (we’ve had them since March) including the closures of restaurants, shops, several borders, and even bans on public gatherings of more than two people.

Germany recently started easing the rules, going so far as opening smaller shops, but when it comes to the restaurant and travel industries, our respective professions, there is still no end in sight just yet. For my chef and I, these dashes of career uncertainty, combined with a full serving of self-isolation, have created the perfect recipe for disaster. Seriously, we’ve exceeded our recommended daily intake of each other.

My boyfriend is the head chef and co-owner of Coda, Germany’s first and only dessert restaurant. Like my childhood hero Willy Wonka, he’s imagined a whole new world of delicious sweets, creating eight-course menus made only of desserts. Everything’s made from scratch, using organic ingredients—white sugar is removed from the equation completely. 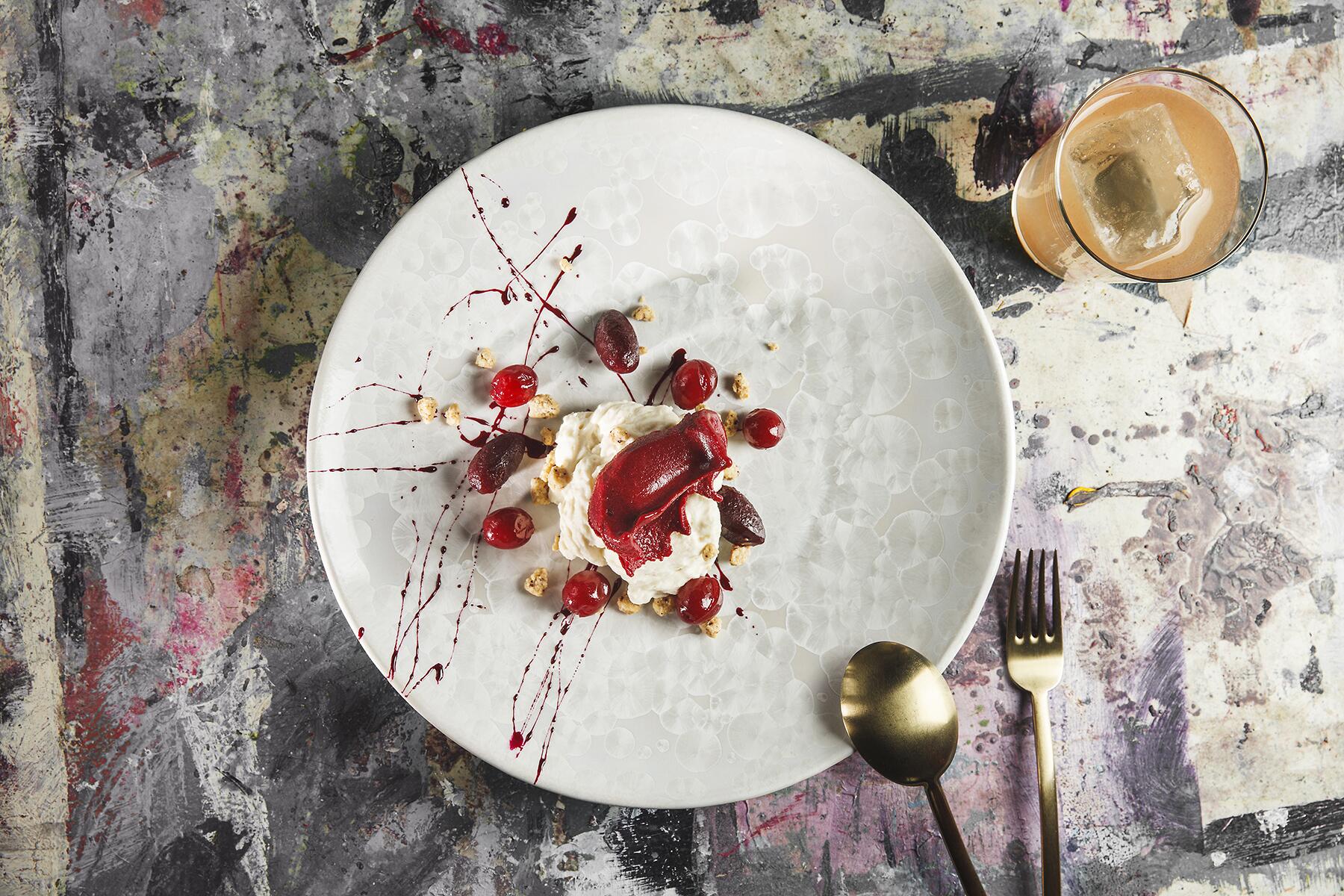 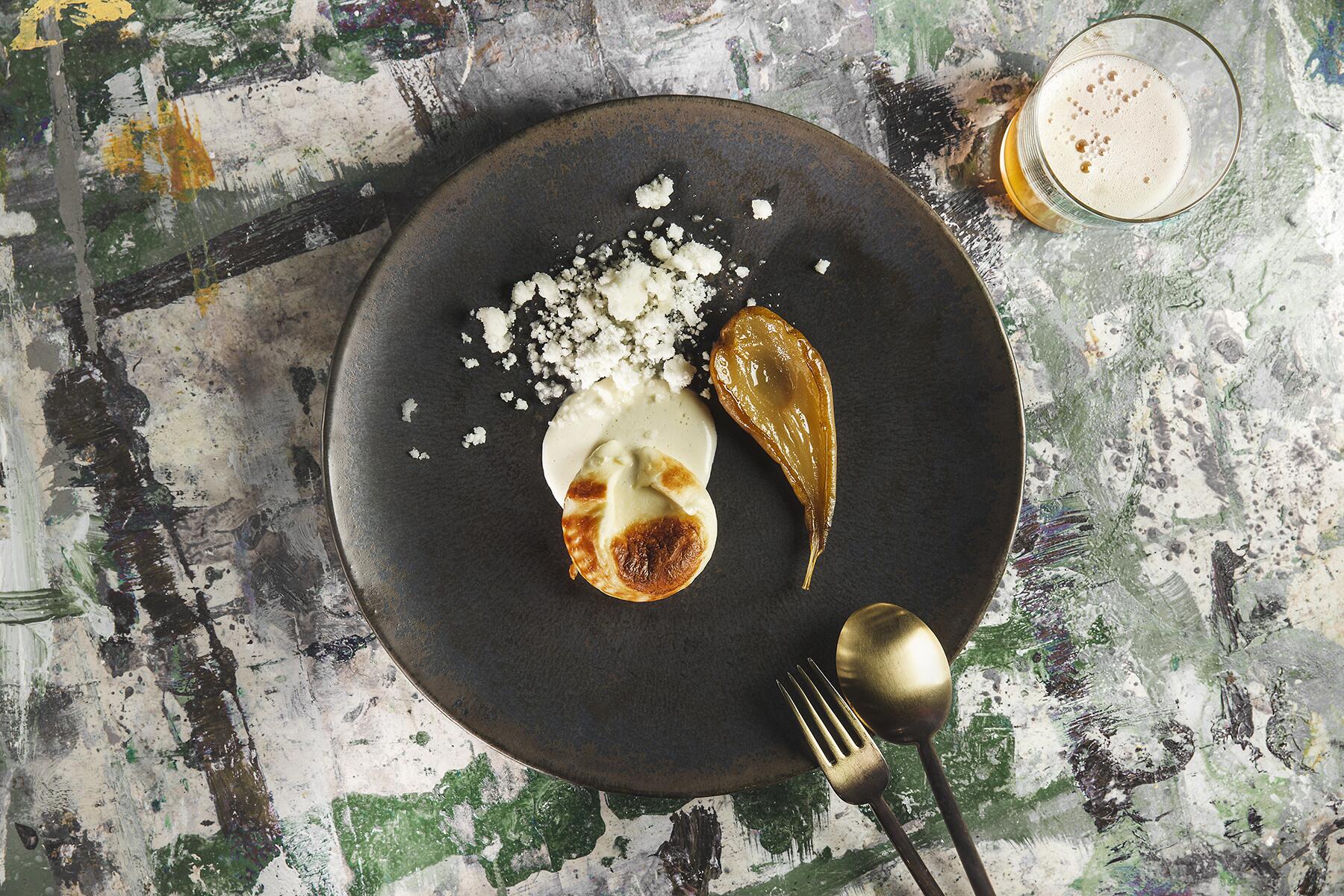 Before I fell in love with him, I fell in love with his food—it’s fun, vivid colors, sneak-attacks of smoke, contrasting flavors and textures, letting me live out a childhood dream of eating all desserts for dinner and not even feeling bad about it. He always aspired to open such a restaurant. Some people didn’t “get” the concept at first, but he persevered. Last year, Coda was awarded its first Michelin star, and the second one in March of this year, setting history as a dessert-only restaurant.

Like the contrasting flavors in Coda’s dishes, we too are opposites who attract. He’s organized, forward-thinking, and detail-oriented; skills honed over years of toiling away in Michelin-starred kitchens for hard-boiled head chefs. Meanwhile, I’m a free-spirited journalist with an oeuvre defined by spontaneity. Contrastingly, my most fulfilling work has come about by making plans then tearing them up, whether off-road motorbiking across Thailand writing guidebooks or interviewing gang members in the slums of Caracas.

He works long hours and late nights, and as the boss, he’s always on call. I’m on the road a lot—around 20 weeks last year—so we’ve worked on being vigilant when it comes to mapping out time together, or we might forget what the other person looks like. Over the last couple of years, I’ve often wished for more time with my boyfriend.

Well, I’ve got it now. So can things please go back to how they were?

You see, my boyfriend loves to cook. With some time, you think he’d pick up a new hobby. Instead, he’s cooking more than ever. He spent the first three days of quarantine making hot-dog buns, batch after batch until they were perfect. The other day, I walked into a full-on tipsy schnapps tasting on our living room table. His one true love isn’t me, it’s food.

My attraction is rather a moveable feast. After a long day of researching guidebooks, I curl up and turn into a vegetable, watching movies and eating take-out. I love to go out for dinners, but otherwise, I’d rather eat quickly and shove my nose inside books, alternating between fantasizing and thought-scribbling.

He has to make everything from scratch. No, we will not open a box of Barilla, we’re churning that spaghetti by hand from a pasta machine. We shop as much as possible from local producers and artisans, the highest-quality ingredients, organic and sustainable. I often get frustrated as I putter around him in our kitchen, doing the grunt peeling and taking orders, while he mans the burners and makes Mount Vesuvius-sized messes.

Over the last few weeks, every day in mid-afternoon he sticks his head in through the door: “What should we eat tonight?” It evolves into an Oxford discussion of ingredients and techniques while I was in the middle of hitting a deadline. Sometimes, I go berserk. Without running a million miles an hour as I usually do, I do get stir-crazy and moody every time I get writer’s block while working on my new book.

What I’ve realized is that I’ve had to become quieter and more patient. As much as us being so different is tough in this trying time, it’s also our secret sauce. I learn a lot from him and not just cool chopping techniques.

I often get frustrated as I putter around him in our kitchen, doing the grunt peeling and taking orders, while he mans the burners and makes Mount Vesuvius-sized messes.

We’re leaning on each other because, as much as I’m worried about the future of my industry, he’s worried about his. For him, cooking is breathing. It’s made me feel for all the other chefs who are similarly experiencing a deficit of their lifeblood. And of course, it’s his passion that made me gaga for him in the first place.

His cooking has also inspired my love for travel despite being grounded. We’ve globe-trotted from our kitchen: spaghetti carbonara the real Roman way, handmade orecchiette, gnocchi, and Chinese egg noodles, Thai and Sri Lankan curry with our own paste, fresh gyoza (wrappers and fillings from scratch, of course), and Greek youvetsi. I’ve had some of the most incredible home-cooked meals of my life in the last few weeks. He can do anything if you put a recipe in front of him.

Even though the future is still unclear, we are adapting and rising to our new normal. My chef and his staff have developed takeaway desserts with tasty ginger lemonade, and I’m taking writing classes and preparing to be accepting of whatever travel will look like in the future.

There’s a German saying that goes, “Love goes through the stomach.” That’s never rung truer for me than right now. Self-isolation could have been bad for us—heck, it still could be, we aren’t out of the pressure-cooker yet—but we’re getting through it by feeding our minds, bodies, and of course, relationship.

When life gives you lemons, you make lemonade. Or, if your boyfriend’s a Michelin-starred chef, you make a bottle-fermented sparkling ginger honey lemonade made from 100% all-natural ingredients.

I LOVE this!!!  Food is a form of love, art, and life!  I envy you being stuck with such a gifted Chef of food and creativity, and art!  I'm sure he feels just as blessed to have you by his side.  I don't think this is pretentious at all Kathrynweiss6194.  It's a great blurb about their unique quarantine situation, and if we could all open our hearts and minds to how different this is for each and every one of us, and how unique our lives and our situtations are, we might actually learn more tolerance, empathy, and love.  Oh and I am now hoping to go to Germany and will go to CODA!

OMG, could this be any more pretentious???

OMG, could you be any more oblivious???