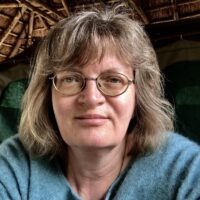 Julia Hammond is an accomplished travel writer and a regular contributor for Hotels.com, The Discoverer, Trip Trivia and Travel Trivia. Her writing credits also include articles for The Telegraph, BBC Travel, Sunday Times Travel Magazine, Mail Travel, Which?, in-flight magazines ZiNG and Morning Calm, contributions to two Bradt anthologies and web content for tour operators and travel agencies such as Mundana, Go4Travel and Just Go Russia. Occasionally, she contributes to tourism-related segments on her local radio station, BBC Essex. Formerly a successful high school geography teacher, she’s been a travel writer since 2014 and a member of the British Guild of Travel Writers since 2017. Holding a degree in Geography and History, Julia has been obsessed with places for as long as she can remember. Her first trip, aged 9 months, was to Austria and she's been gadding about ever since. These days, her passion is travelling to off the beaten track destinations, particularly if it involves going solo or catching a train. So far she’s notched up 120 countries, but her wish list is never empty. She has had a particular fondness for Latin America since she spent a transformative summer in Peru as a twenty-something and also for Iceland, where she got married. Other standout trips include standing on the crater rim of an erupting volcano in Vanuatu, taking a llama out for lunch on an Argentine salt flat and going down a gold mine in Ghana. Julia firmly believes the only limits to your horizons are the ones you set yourself. She’s happy just about anywhere, not least on the salt marshes near her Essex home where she walks her dog. 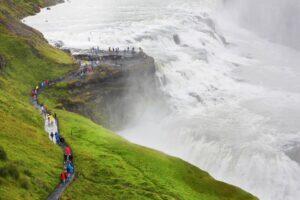