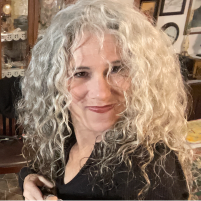 Heather was raised on Indian Land in southeastern Oregon, until age fifteen, when she left and spent a year in Australia as an ‘experimental exchange student’, an experience that shaped her into a lifelong wanderer. Upon her return, she earned a Bachelor's Degree in Communication Studies & Journalism, from CSU Sacramento and a Masters Degree in Rhetoric & Communication, from UC Davis. She has traveled extensively and worked a variety of jobs. During the eighties, she worked in radio, followed by a foray into the music industry, where she spent time in A&R, booking, concert production and as a glorified babysitter. Eventually,​ she worked as a music journalist for a major independent record label and several online publications. She has also written a few books. Today, travel continues to be a way of life, as she lives on the open roads full time and explores this great country from the driver's seat of her 19-foot Skoolie named Bubba. 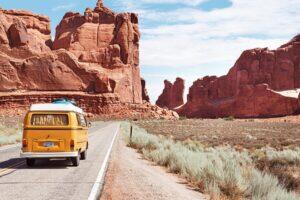 In these crazy coronavirus times, I’ve gotten back into the wonderful world of bartering.
September 15, 2020

In these crazy coronavirus times, I’ve gotten back into the wonderful world of bartering.
September 15, 2020