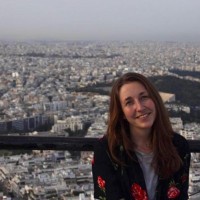 Elise is a writer, editor and (aspiring!) photographer, specialising in content relating to Eastern Europe but with an interest in global affairs, culture and travel more broadly. She was formerly the Eastern Europe Commissioning Editor for Culture Trip (2018-2020) and News Editor of The Calvert Journal (2015-2017). Elise holds an MA in Digital Media, Communications and Journalism from the Aristotle University of Thessaloniki, and a BA in Modern and Medieval Languages (French, Russian and Ukrainian) from the University of Cambridge (Queens' College). Her academic research has included dissertations on media consumption and identity formation among the Russian diaspora, French and Soviet film, and even Eurovision. Her professional speaking experience has ranged from presenting an academic paper at a conference on crisis journalism, to a rather terrifying panel discussion at Ljubljana Fashion Week on the role of Instagram in the fashion industry. She has lived in London, Thessaloniki, Odessa, Moscow, Los Angeles, Paris, and Cambridge. 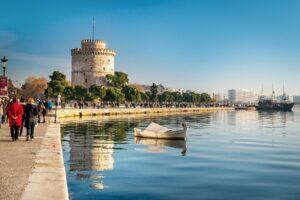 Whenever You’re Able to Travel to Europe Again, Put This Greek Town at the Top of Your List

Whenever You’re Able to Travel to Europe Again, Put This Greek Town at the Top of Your List