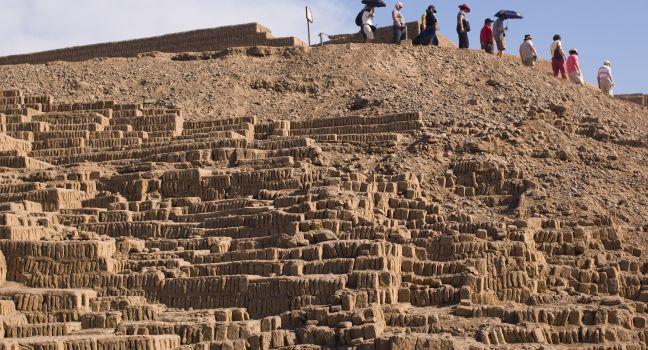 Rising out of a nondescript residential neighborhood is this massive, mud-brick temple complex. You'll be amazed at the scale—this pre-Inca huaca (pronounced "wha kah"), or temple, covers several city blocks. The site, which dates back to at least the fourth century, has ongoing excavations, and new discoveries are occasionally announced. A tiny museum highlights a few of those finds. Knowledgeable, English-speaking guides will lead you through reconstructed sections and over the ruins to an area that is being excavated. This site is most beautiful at night, when parts of it are illuminated. Thirty-minute partial tours are available during this time.

Book an Experience at Lima VIEW ALL