Peru's national drink combines Peruvian pisco as the base liquor with freshly squeezed lime juice, syrup, ice, egg white, and Angostura bitters, and it is delicious.

Lima’s bartenders have had plenty of time to perfect the Pisco Sour; the first documented evidence of pisco in Peru is a 17th-century will leaving some lucky heir a quantity of the white brandy. The cocktail itself has a backstory, too, hailing from the early 20th century, when expat Victor Morris, a bartender from Utah, found a way to recreate his beloved whiskey sours without the whiskey. In more recent history, there has been a renaissance of premium piscos largely led by restaurateur and TV personality Johnny Schuler, master distiller of the Portón brand. Ready to make a little pisco history of your own? Here are five great spots that serve the cocktail. 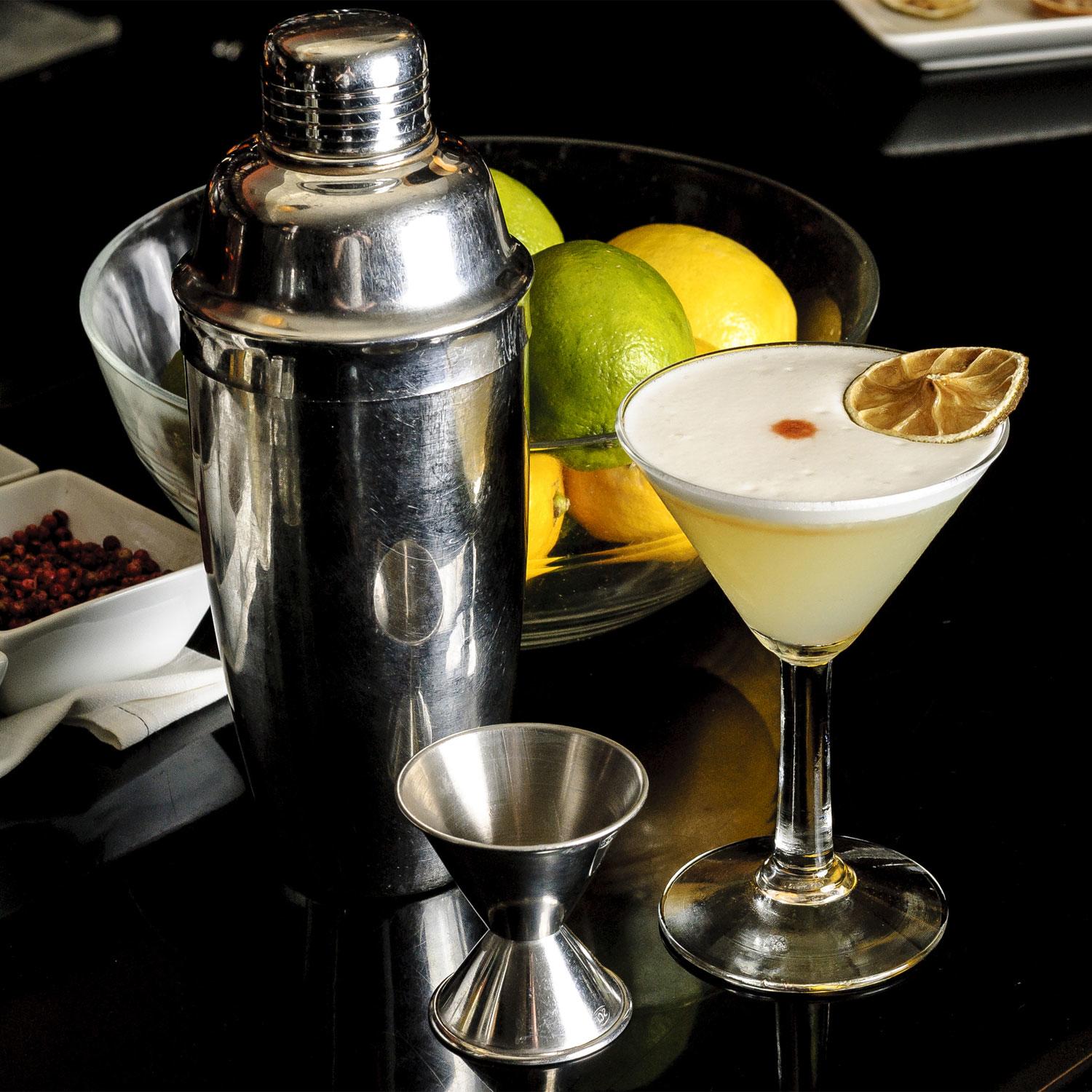 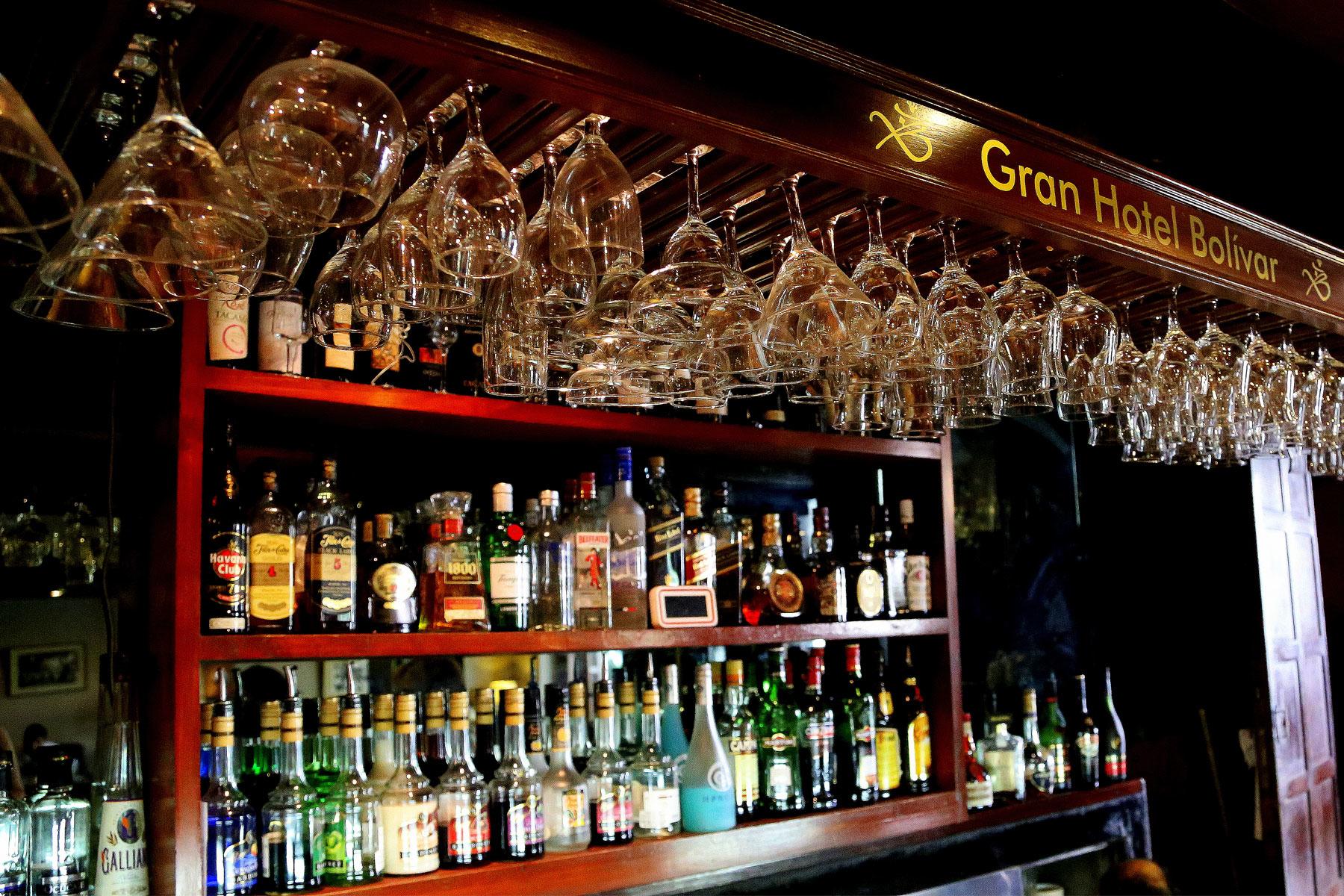 Is there any classic drink that doesn’t have an Ernest Hemingway story attached to it? Certainly not the Pisco Sour. At the Gran Hotel Bolívar, Hemingway is said to have consumed record-setting amounts of the beverage. An old-school haunt set on the city’s expansive Plaza San Martín, the hotel sports a somewhat faded elegance these days, but if you like a little legend with your libation, it’s definitely worth a look. To drink a pisco like Papa, order it in a Catedral glass, twice the size of the bar’s regular Pisco Sour glass. 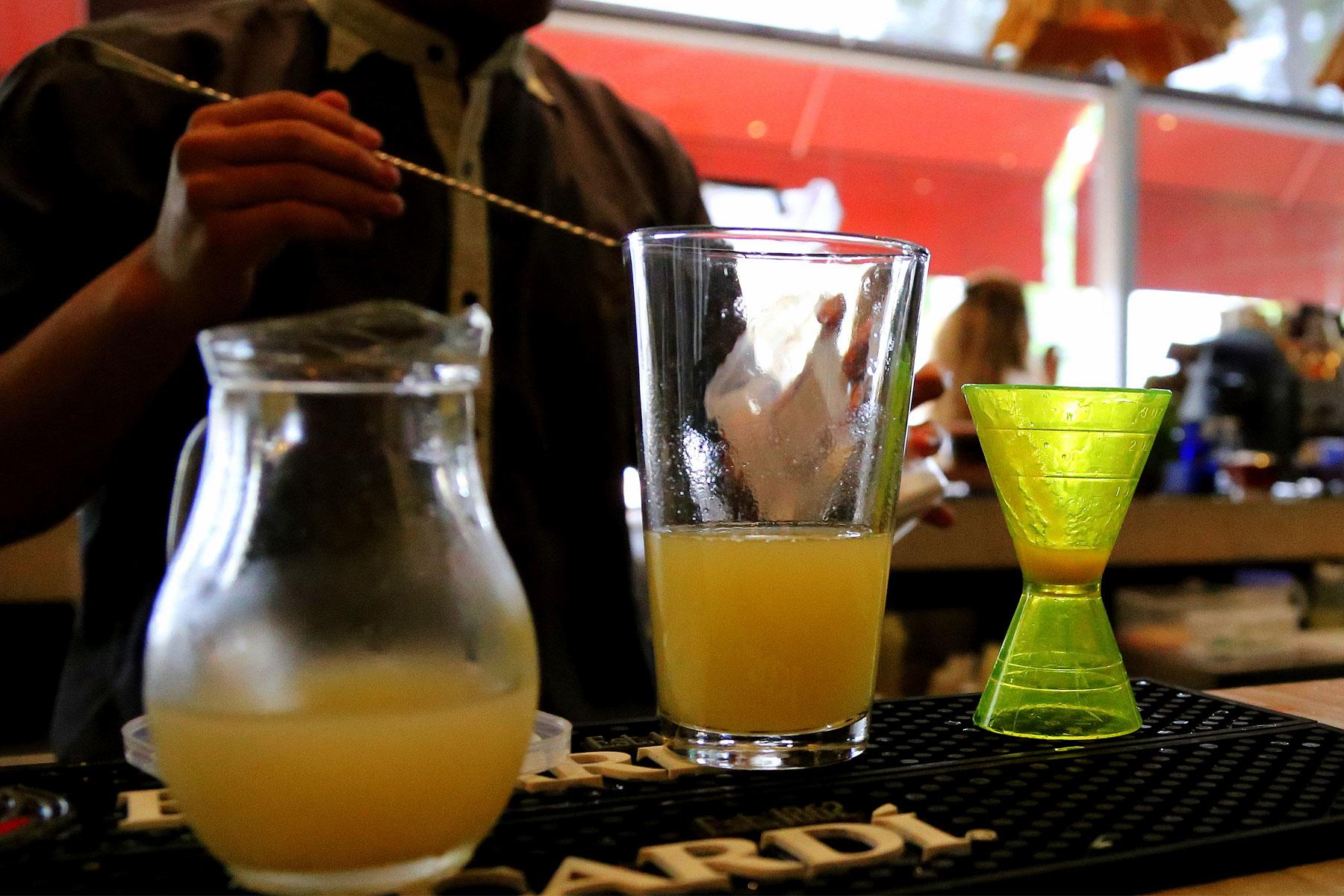 Flavors of the Amazon

Chef Pedro Miguel Schiaffino specializes in showcasing the little-known cuisine of the Peruvian Amazon using ingredients sourced from the rainforest. At Ámaz, his restaurant in the trendy Miraflores district in Lima, you’ll find Pisco Sours made not with lime juice but with the juice of the araza, a native fruit which has the required tartness plus added tropical fruit flavors that round out the cocktail. An emulsifier (rather than the traditional egg white) is used to create the foamy top, and grated zests sub for the usual drop of bitters as a garnish. 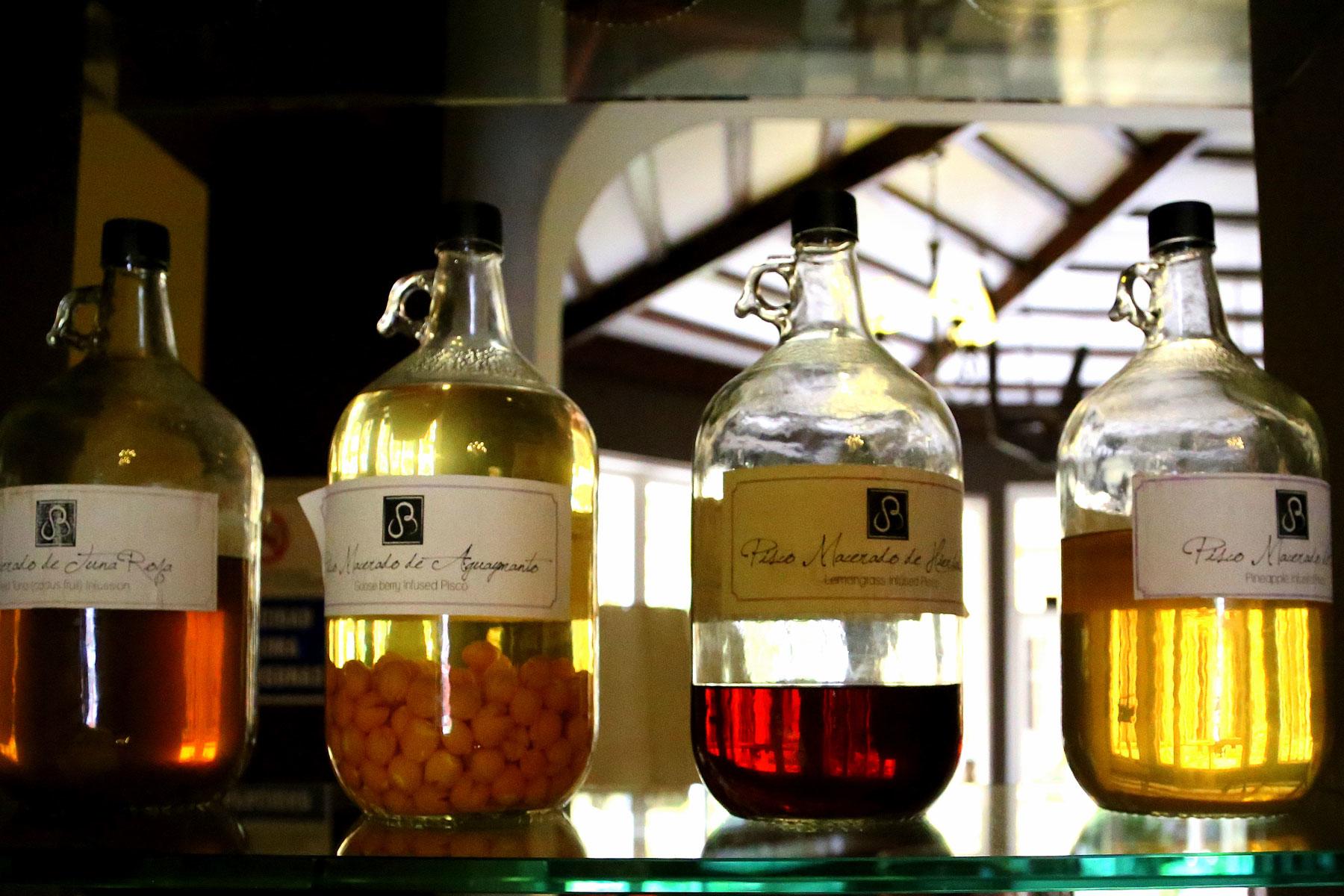 Retreat from the Maddening Crowd

Home to 10 million people, Lima serves up an in-your-face blend of worlds ancient and modern in a whirl of noise and color. When that gets to be a bit much, the Alembic Pisco Bar & Lounge at charming Hotel Antigua Miraflores is the ideal place to decompress. Small and cozy, the bar is decorated with comfortable chairs and a fountain bubbling away in the small courtyard. Look for the shelves filled with jars of pisco infusions and ask to have your drink made with one of these for a unique twist. Try the lemongrass-infused pisco, which adds a delicate layer of flavor. 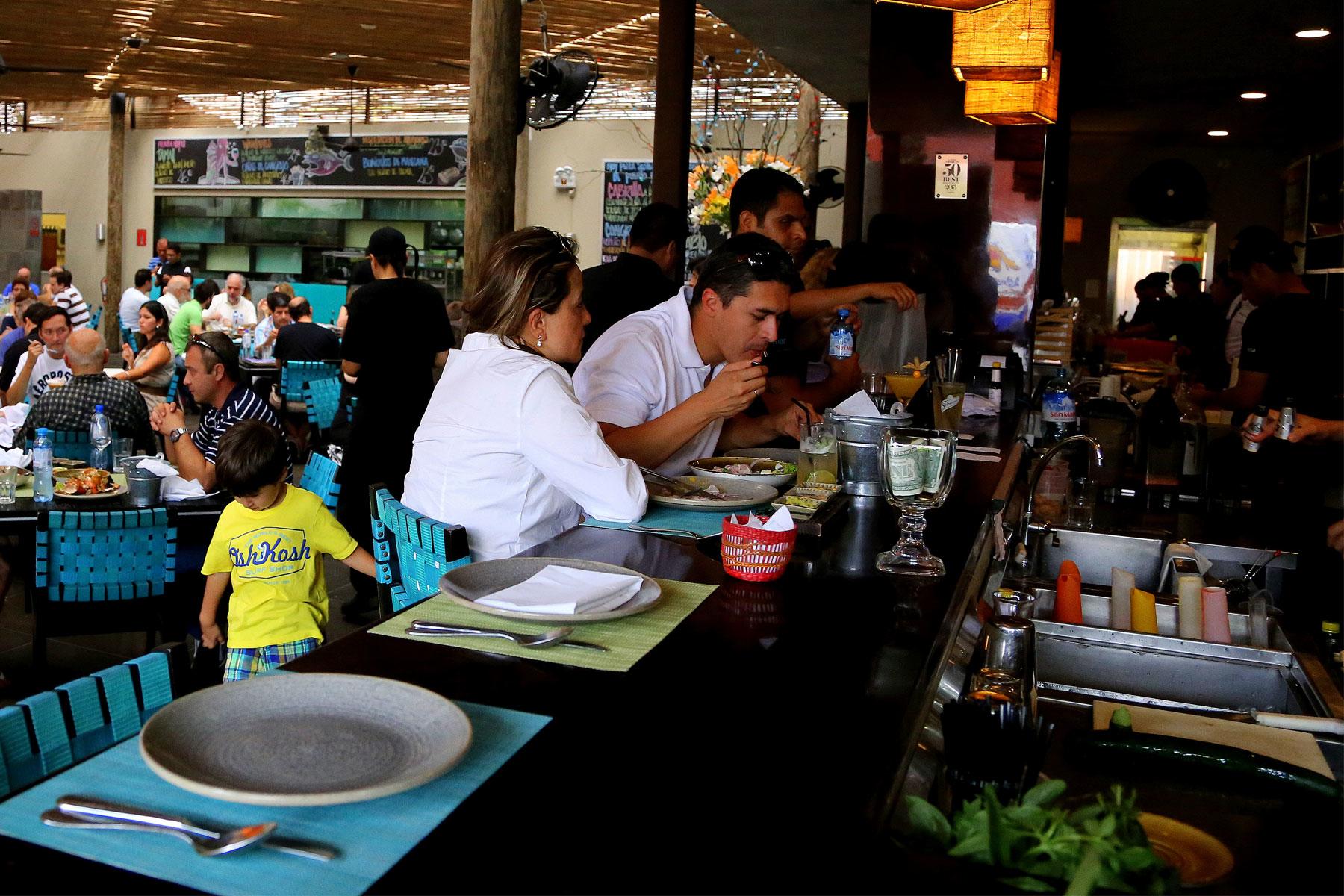 Peruvian chef and TV star Gastón Acurio has gone global with his passion for ceviche, the local concoction of the freshest raw fish, hot chili peppers, onions, and lime juice. He’s opened restaurants in Brazil, Mexico, and San Francisco among other places. His La Mar cevicheria in Lima is a hot spot for lunch; while you’re waiting for a table, enjoy a by-the-book Pisco Sour at the bar. 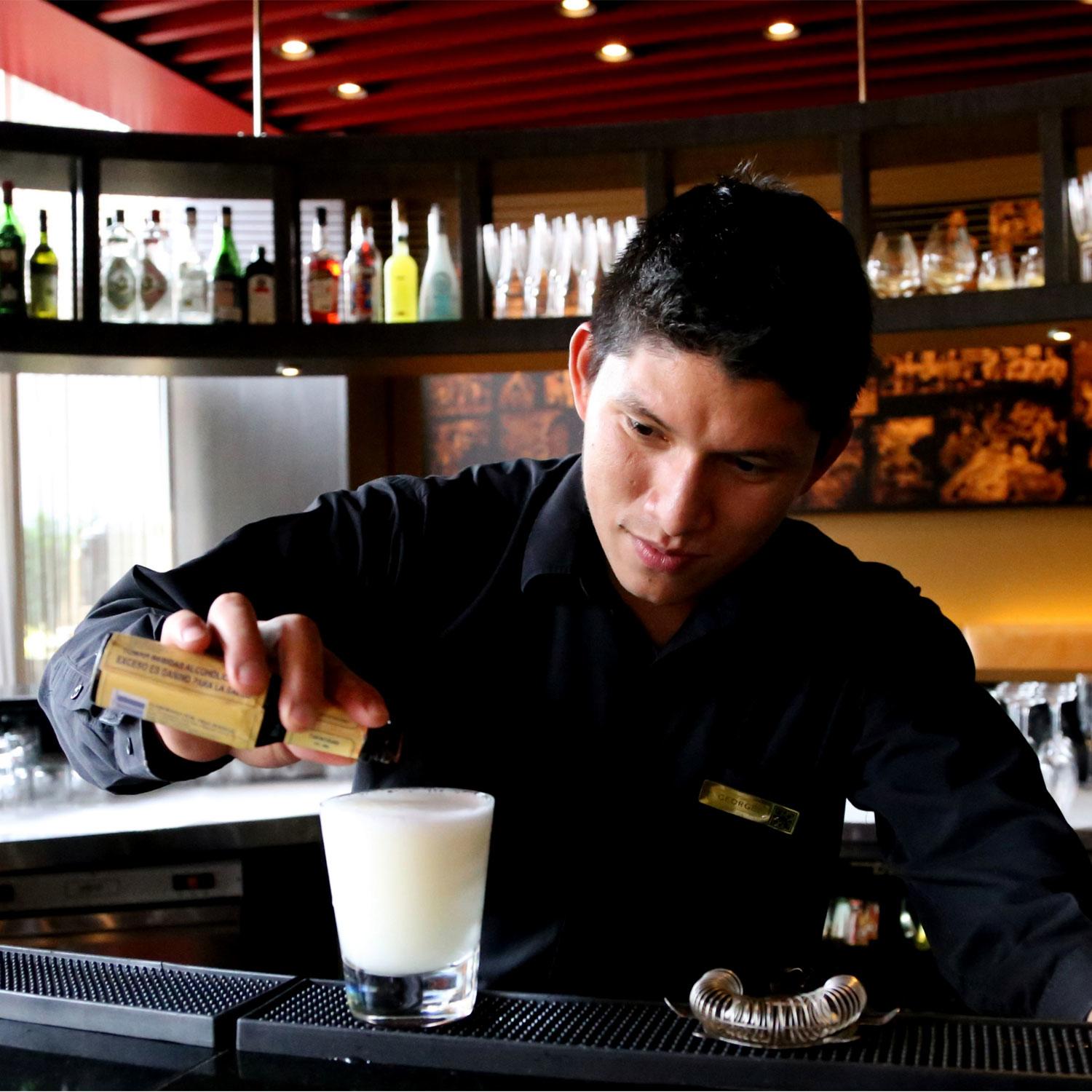 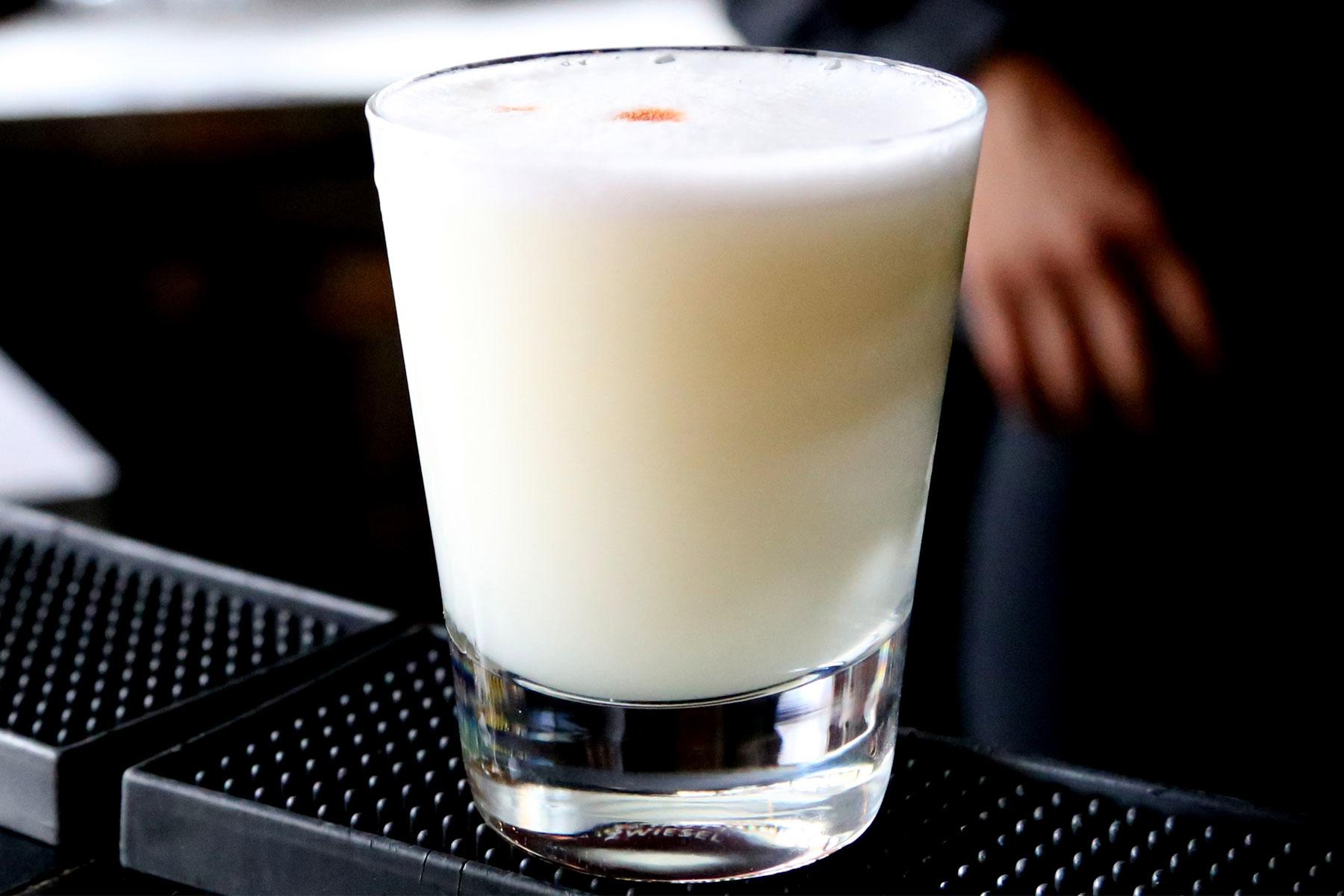 Check out a Glass Act

Hilton Lima Miraflores barman George Vallejos has proved his cocktail chops: At Mistura’s annual food and drink competition, he was recognized specifically for his pisco cocktails. Expect a Sour of an ethereal lightness at the Hilton’s classy, oval-shaped bar.

Thirsty for more? One more pisco point in Lima is the Country Club, an architectural gem with a landscaped setting that’s as classic as its cocktails.