To get straight to the heart of Buenos Aires, bypass the tourist hotspots and linger with the locals at the centro culturales, craft beer bars, and eclectic barrios outside of Palermo.

Most first-time visitors to Buenos Aires don’t realize that the city is much more than tango, great beef, and Malbec. If you’re planning a trip to this passionate, whirlwind of a capital, follow our advice for a richer and more local experience. 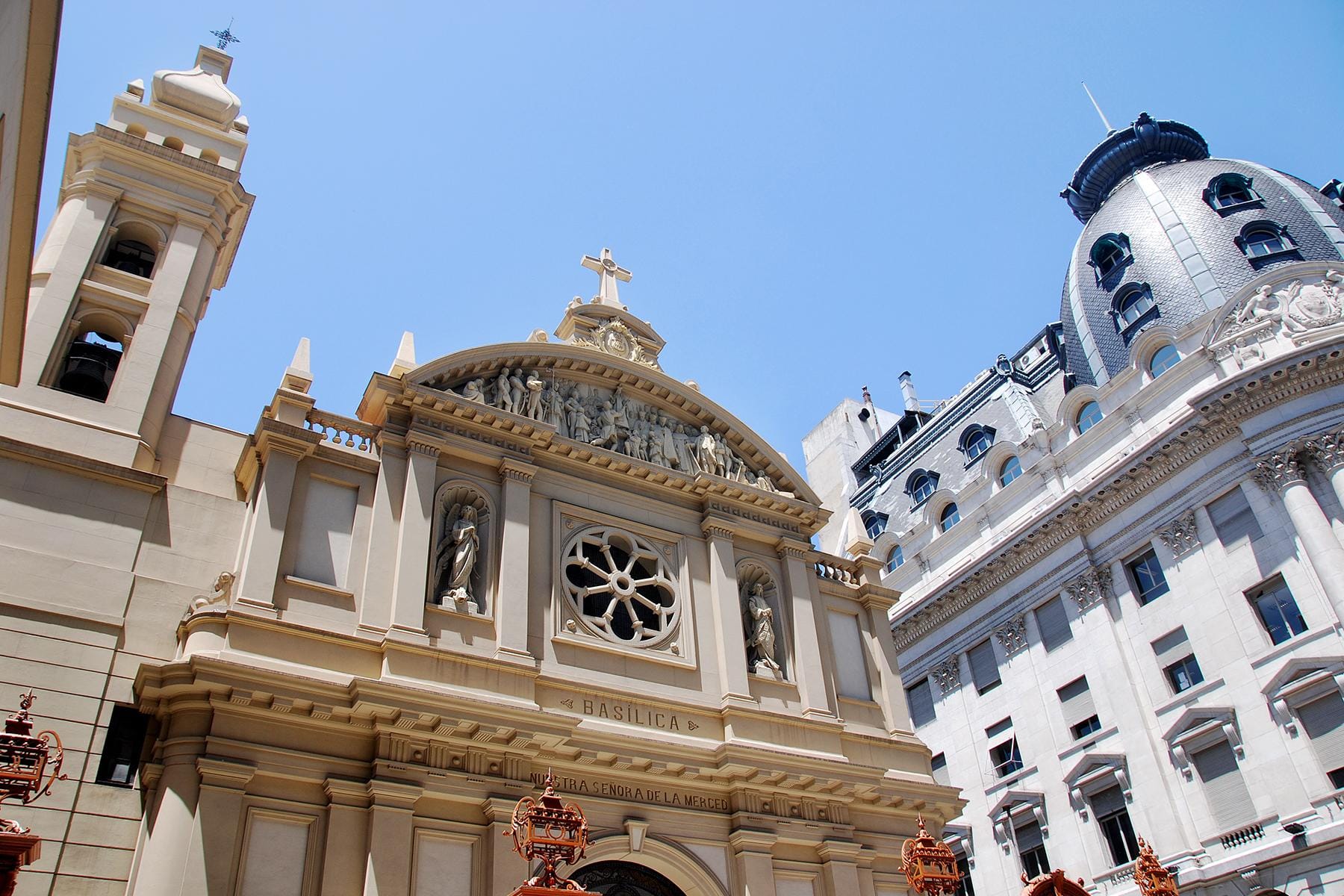 Enjoy Lunch in a Church Courtyard

Hide from the bustle of downtown Buenos Aires inside the tranquil and elegant courtyard of Convento San Ramon Nonato, a church and former convent. During the weekdays, this historic space has two lunch options: El Patio, which offers cafeteria-style self-service and seating at the many tables in the middle of the courtyard, or La Reconquista, a more formal restaurant with uniformed waiters and white tablecloths. As if one secret courtyard lunch spot isn’t enough, just a few blocks away, the Church and Monastery of Santa Catalina is an oasis of rose bushes and palm trees with benches and a cozy restaurant, En Santa Catalina. 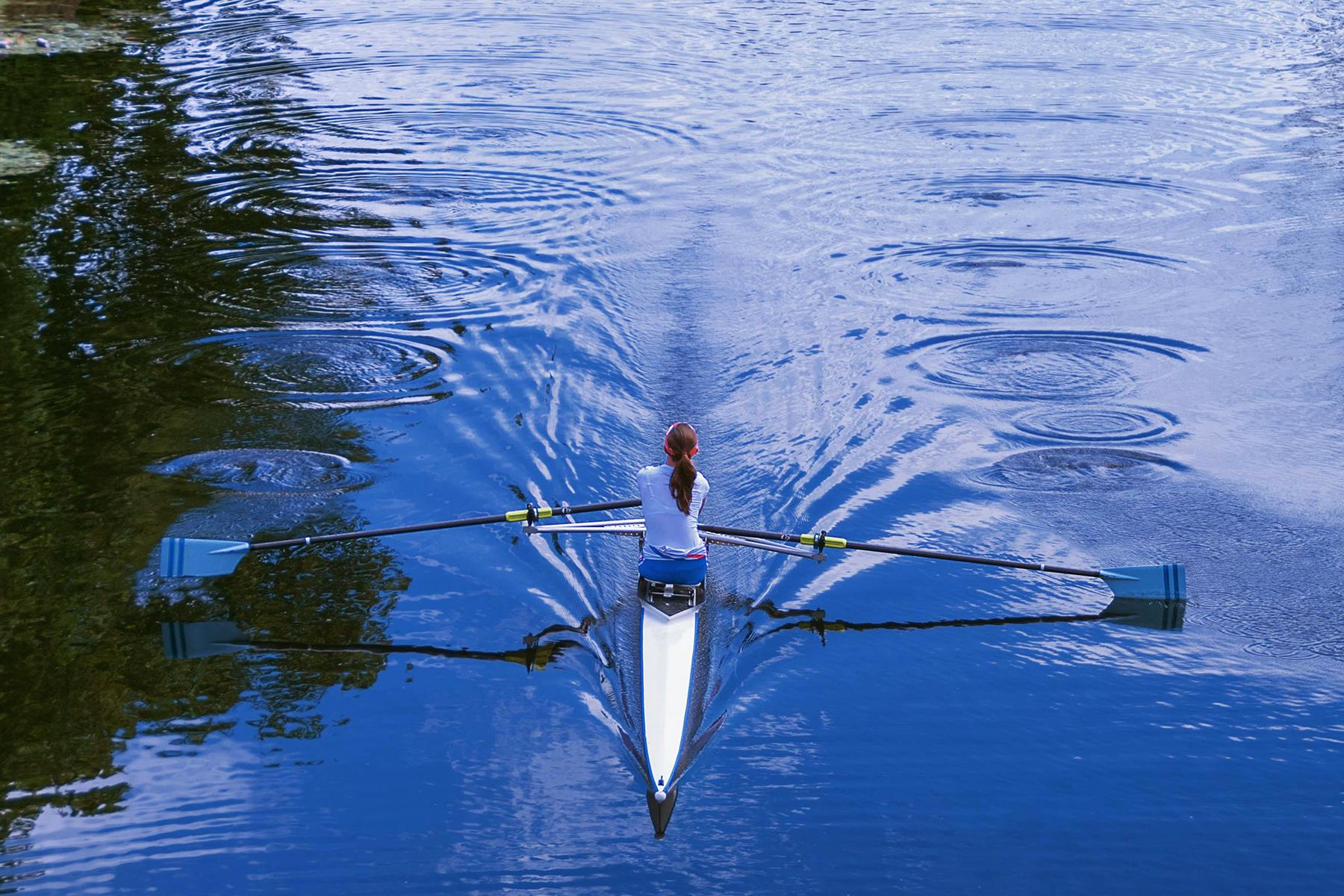 Never been rowing before? No problem. In this two-hour long, free excursion (register online here and print your tickets for admission), you and 8 or 9 other rowing newbies will learn how to strongarm an oar, thanks to your Spanish-speaking teacher. Don’t worry—even if you don’t understand Spanish, it’s very easy to follow his gestures, and just copy what everyone else is doing. Strapped into your life jacket, you’ll get a self-powered tour of the buildings and landmarks that line Puerto Madero, including the white, curvy Puente de la Mujer (Women’s Bridge). You can store your stuff in a locker before you push off—and yes, you will probably get splashed.

Laugh at a Vedette Show

Forget cabarets—this very porteño show is a style of entertainment you’ll never find in Paris, or anywhere else for that matter. But it’s not some underground kind of act–the variously-aged, scantily clad stars of this singing and dancing spectacle, with plenty of political satire, have quite a following. No need to understand Spanish to be thoroughly amused. Performances can be found on or nearby to Avenida Corrientes at Teatro Broadway, El Teatro Tabaris, and Teatro Maipo. Don’t forget to grab a slice of pizza before or after the show while you’re still on Corrientes, famous for its traditional pizza parlors and open-till-late used bookstores. 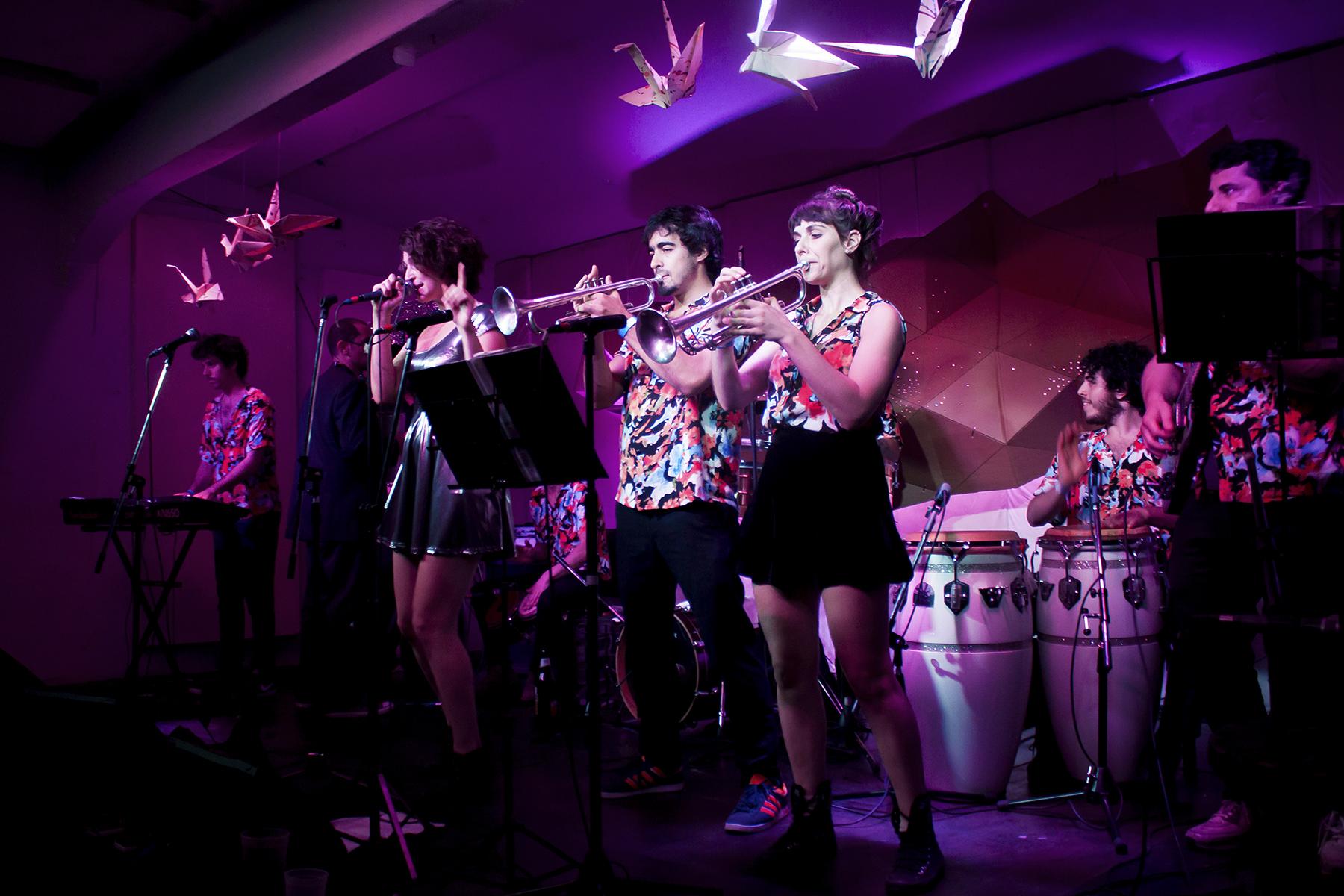 Every guidebook inevitably tells you to head to La Boca for live tango, but over the years, this part of the city has become a Disneyland packed with overpriced and underwhelming food and souvenirs. To feel the real rhythm of the city, you’ll need to go someplace where few tourists have gone before: the centros culturales (cultural centers). Near the section of Avenida Cordoba that roughly divides the barrios of Villa Crespo and Palermo, you’ll find at least four distinct live music venues: El Vuela al Pez, Club Cultural Matienzo, El Oceanario, and Circe. And from there, it’s just a few minute’s drive or a 20-minute walk to one more venue, La Gran Jaime on Araoz street. Just keep in mind that most bands don’t start until at least 10 p.m. or later, regardless of what time is mentioned on the event advertisement, partly due to the fact that dinnertime in Buenos Aires starts at 9 p.m. or later!

One of the more impressive buildings where you can enjoy live music (electronic, symphony orchestra, and tango) is Centro Cultural Kirchner, named after the former president. Reserve your free tickets online, and be sure to arrive on time or you won’t be allowed in. If you have extra time, explore the various floors of this beautifully designed building, which formerly served as the city’s central post office and takes up an entire block. 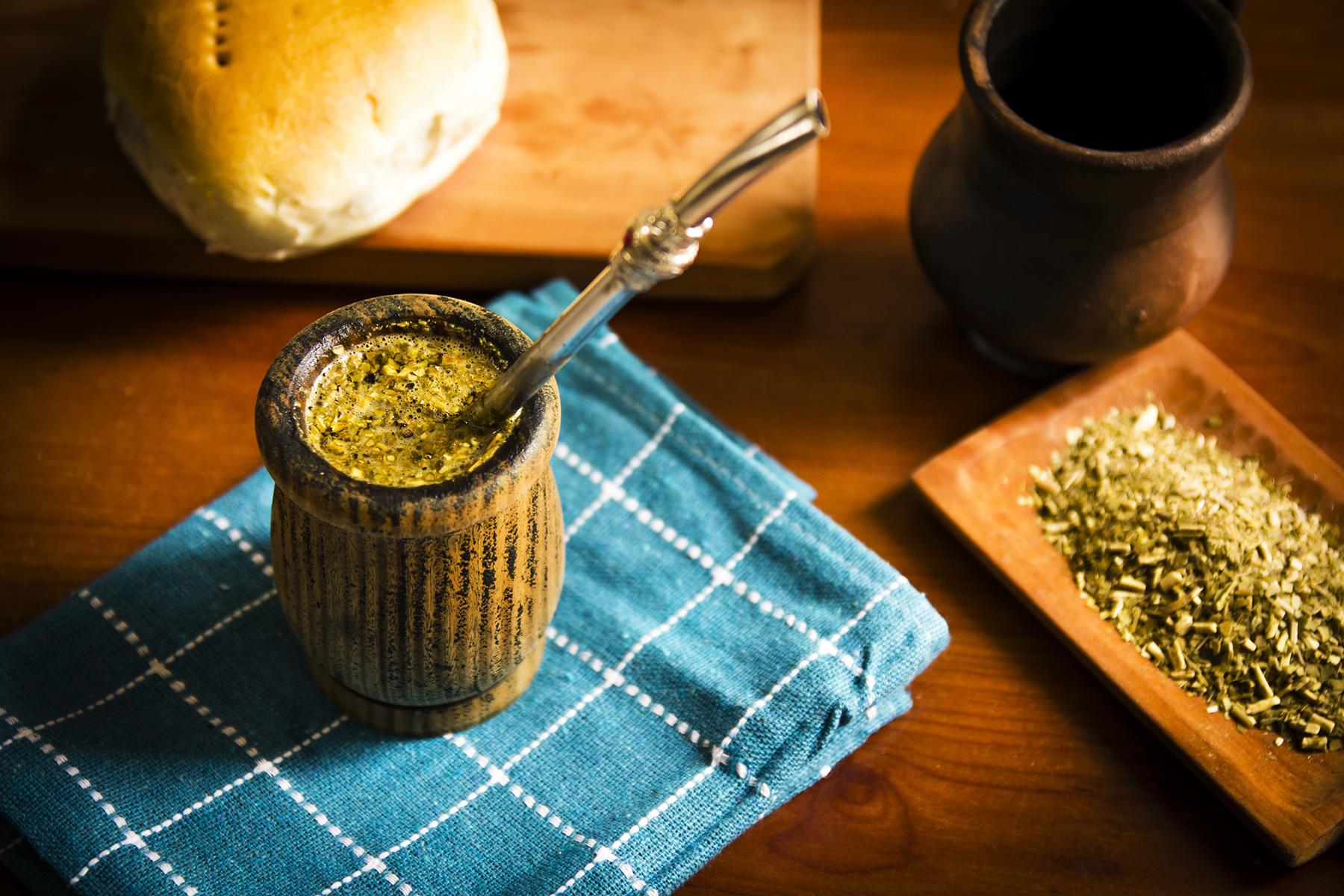 After the Dulce de Leche, Try Something Bitter

Argentines have a huge sweet tooth, and you’ll be overwhelmed by the number of bakeries selling syrup-glazed pastries and dulce de leche-covered everything. On the flip side, Argentines make up for this intense sugar intake with an equal amount of bitter tasting drinks. The two most popular beverages you’ll find are the caffeinated, drunk-through-a-metal-straw-from-a-gourd herbal drink called mate (pronounced “mah-tay”) and an alcoholic bitters called fernet (“fer-nay”), usually mixed with Coke to create the bar staple known as fernet-cola. If you’re not a big fan of Coke, you can always mix your fernet with soda water from the old-school “sifon” bottles that used to be delivered door-to-door, milk man style. You can also head to any grocery store to pick up a bottle of Terma: a non-alcoholic, non-carbonated beverage made from a blend of local herbs with healing properties. Just be sure to dilute your Terma with water before you take a sip! 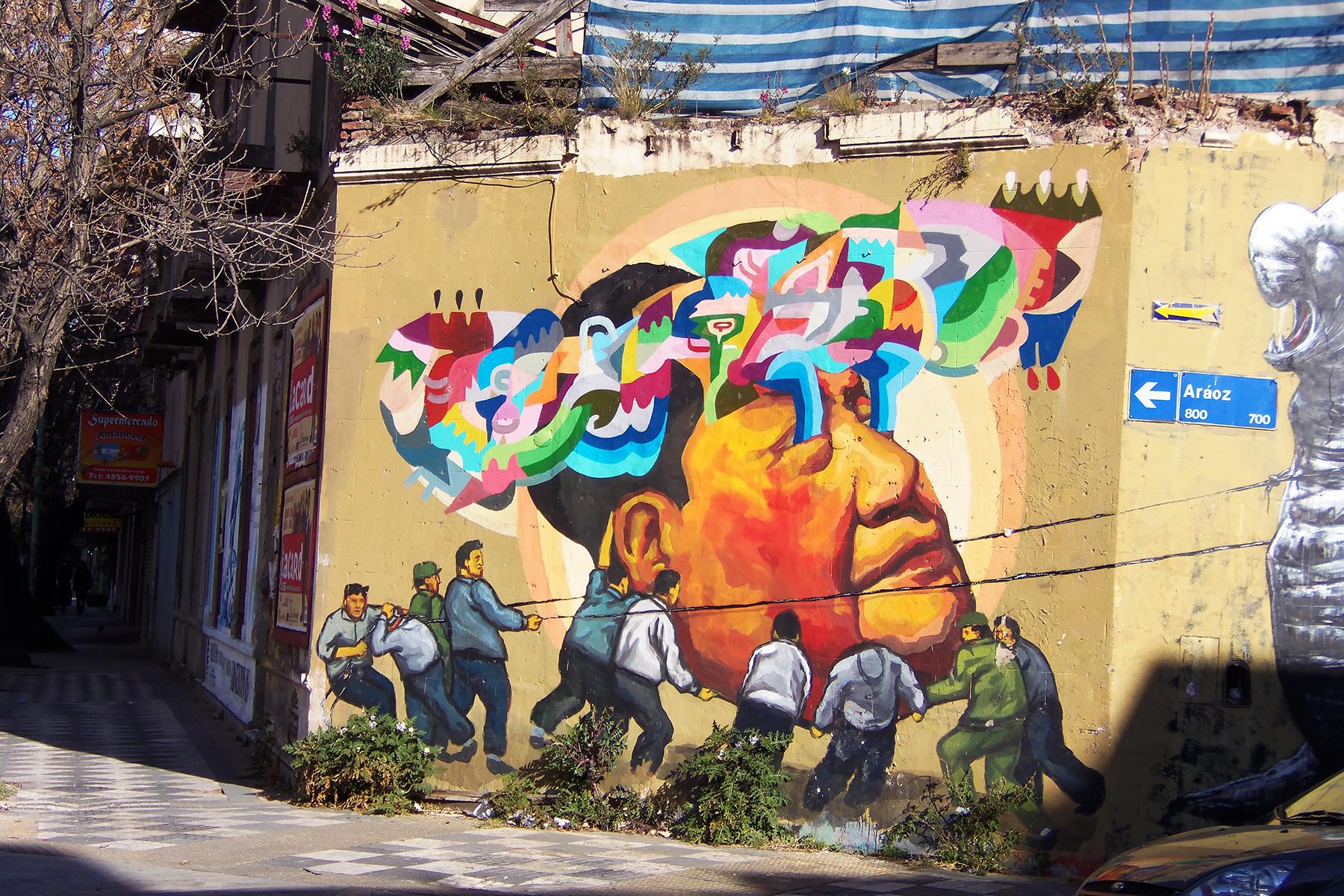 Hang out in Villa Crespo

This up-and-coming bohemian neighborhood is so full of cool cafes, boutiques, and bars that it has its own magazine to explore the area’s hotspots: Amo Villa Crespo (“I love Villa Crespo”). While you’re browsing through this barrio, check out Cementerio de la Chacarita (much larger than the cemetery in Recoleta), where the late, great tango singer Carlos Gardel is buried, along with many other tango greats and famous actors and writers. If you happen to be there during the anniversary of Gardel’s death (June 24), you can join a crowd of adoring fans to celebrate with tango music performances and a parade through the cemetery. 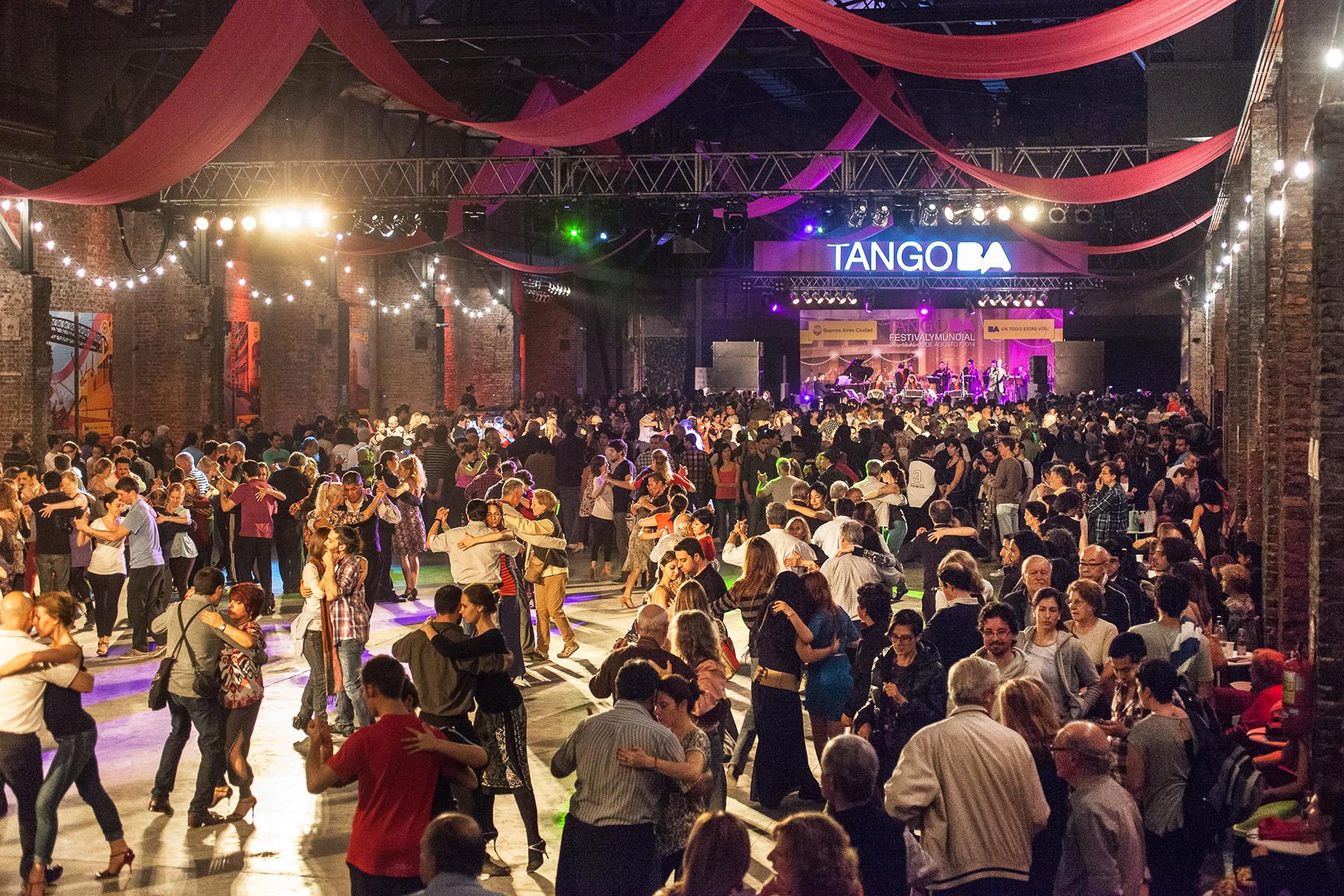 Take a Free (or Cheap) Art Class or Workshop

Once you see how many artisanal fairs exist in the city’s plazas and sidewalks, you’ll realize that porteños are bursting with creativity. You can capture some of that flair by signing up for a class in illustration, ceramics, bookbinding, glass blowing, wood carving, painting, singing, tango dancing—the list goes on and on. The same centros culturales that provide space for local musicians to perform also offer free and low-cost workshops and classes, some of which are in English. 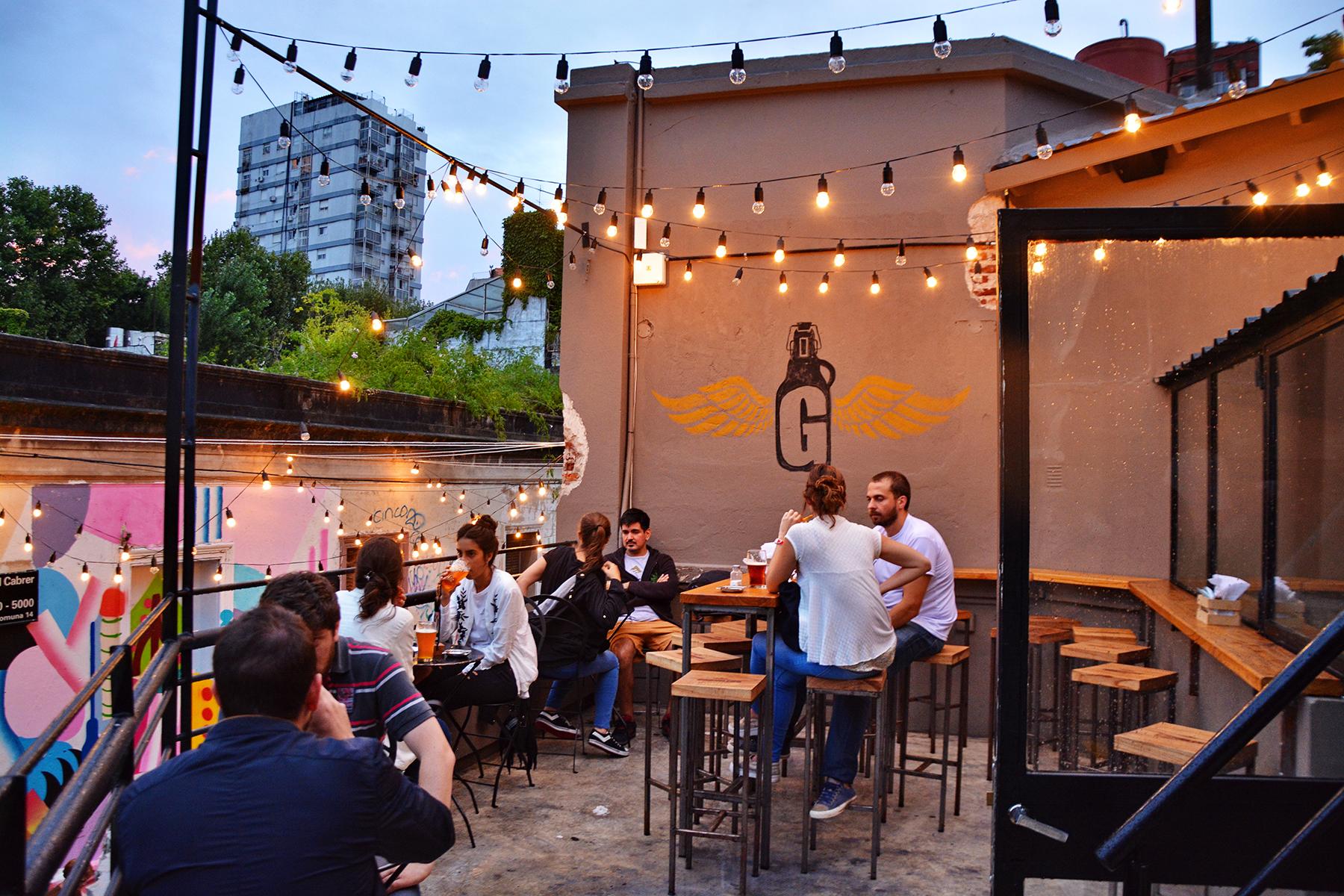 Hit up a Craft Beer Bar

The craft beer craze hit Buenos Aires several years ago and hasn’t slowed since. Every other week, a new cerveceria artesanal (craft beer bar) pops up somewhere in the city center or the suburbs, rivaling the existing ones with an even larger selection of locally and regionally made craft beer on tap, better happy hour deals, and a more creative menu. For a craft beer bar with “buena onda” (good vibes), try Growlers, On Tap, BierLife, or Blue Dog. 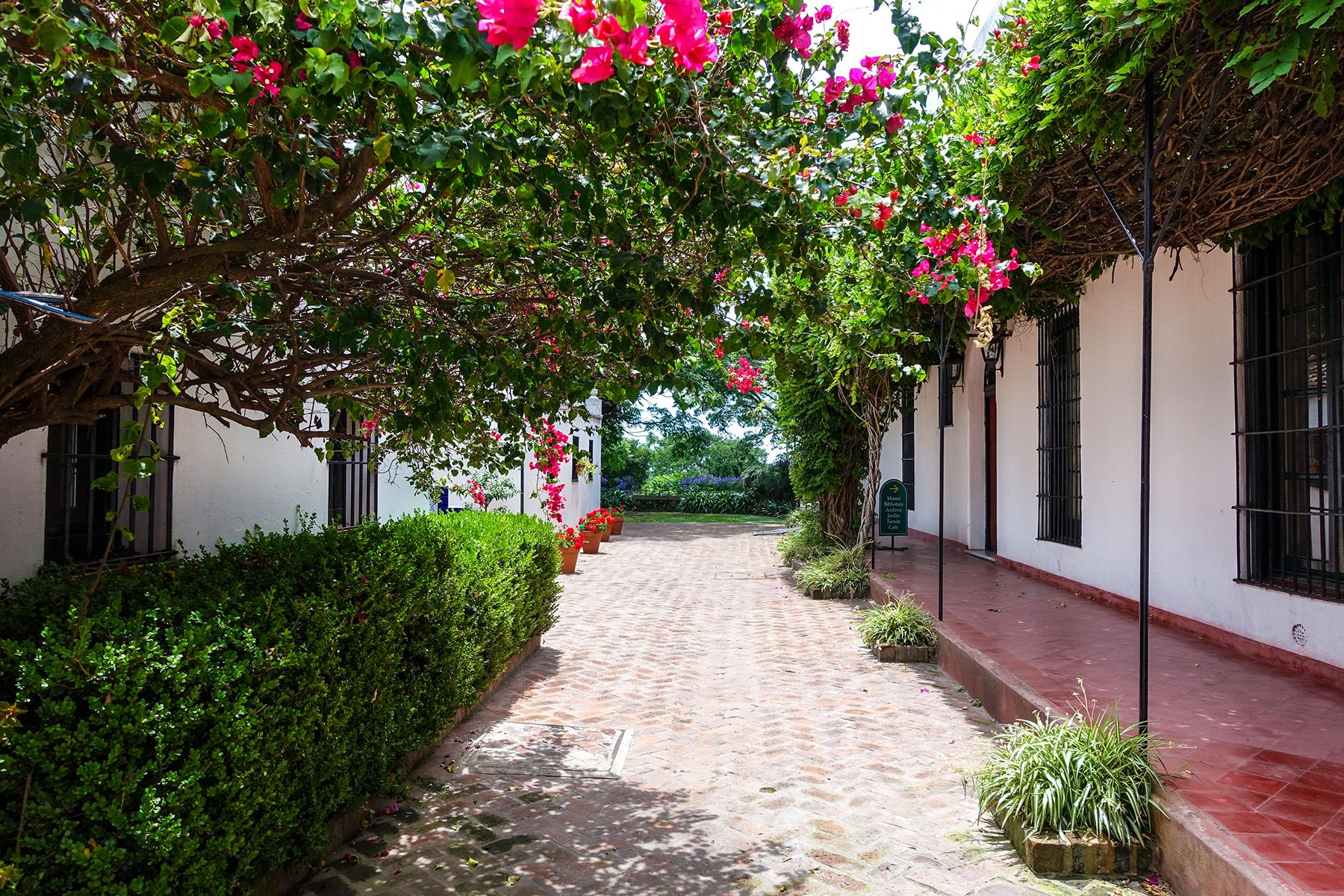 Although this posh, residential part of town is considered the burbs, it’s definitely worth strolling through for the diverse styles of architecture and leafy trees that line the cobblestone streets. The peaceful area is a welcome treat after the buzzing avenues of the city center. Visit the stately mansion Villa Ocampo, the former home-turned museum of writer (and good friend of poet Rabindranath Tagore) Victoria Ocampo. Or, take in an outdoor concert on the grounds of the gorgeous colonial villa at the Museo Pueyrredon. 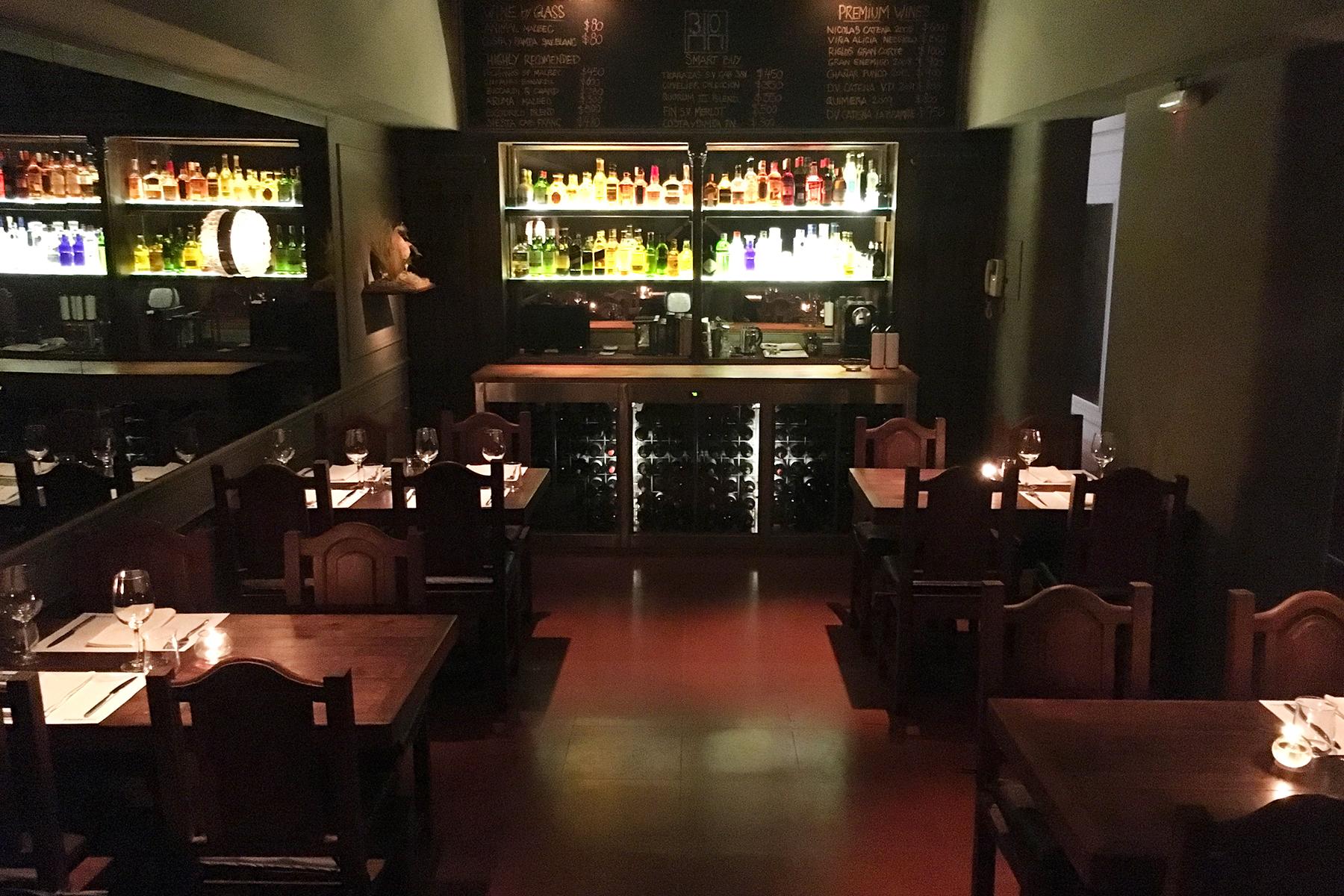 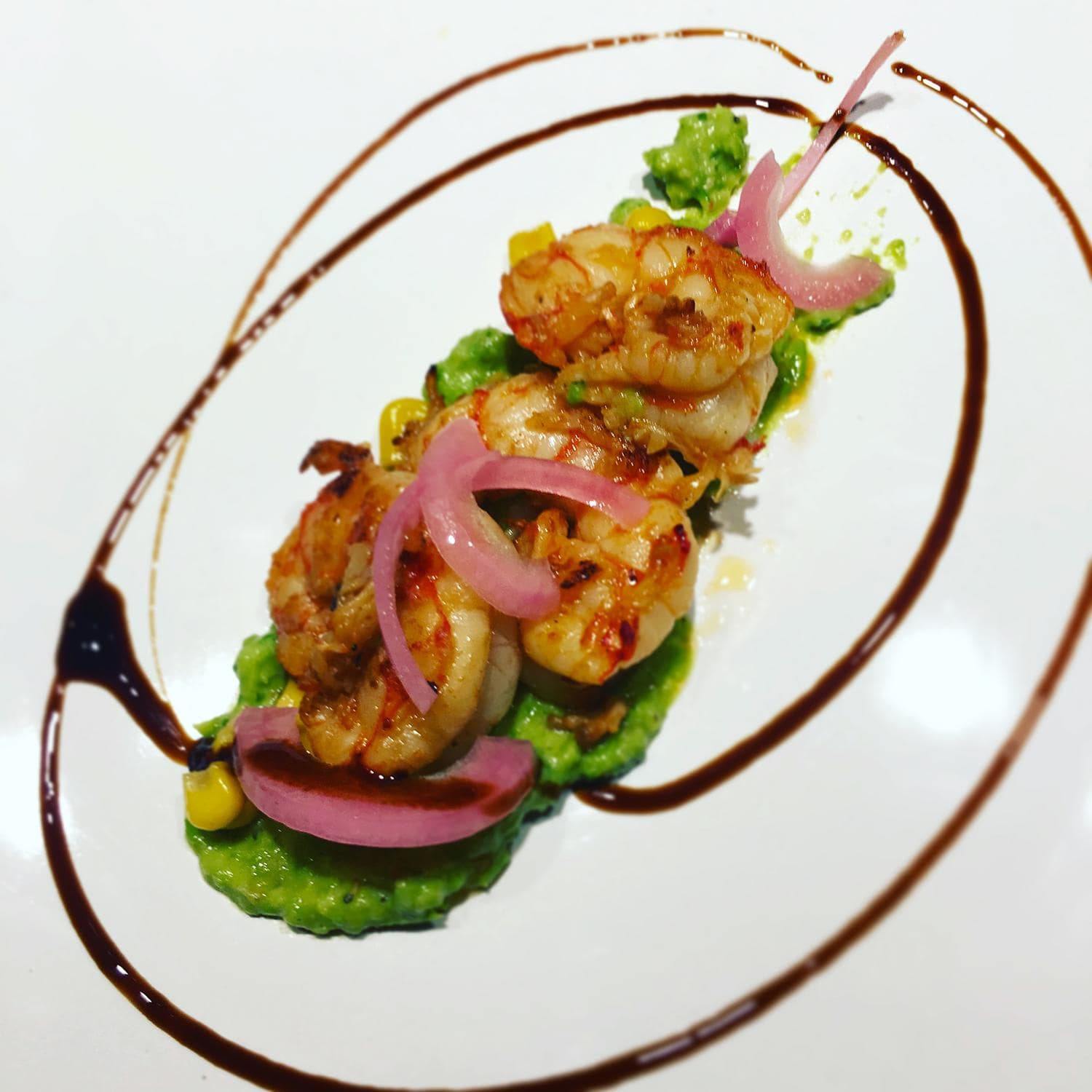 PHOTO: Treinta Sillas
Previous Next
10 OF 15

Book Dinner at a Puerta Cerrada

The private supper club scene here is huge now but began over a decade ago when chefs decided to keep overhead costs low by serving customers in their homes. Today, there are quite a few popular spots, some of which are run by expats and offer a menu of non-Argentine food. For an Argentine-owned puerta cerrada experience, try Fuego, Casa Oro, or Treinta Sillas. 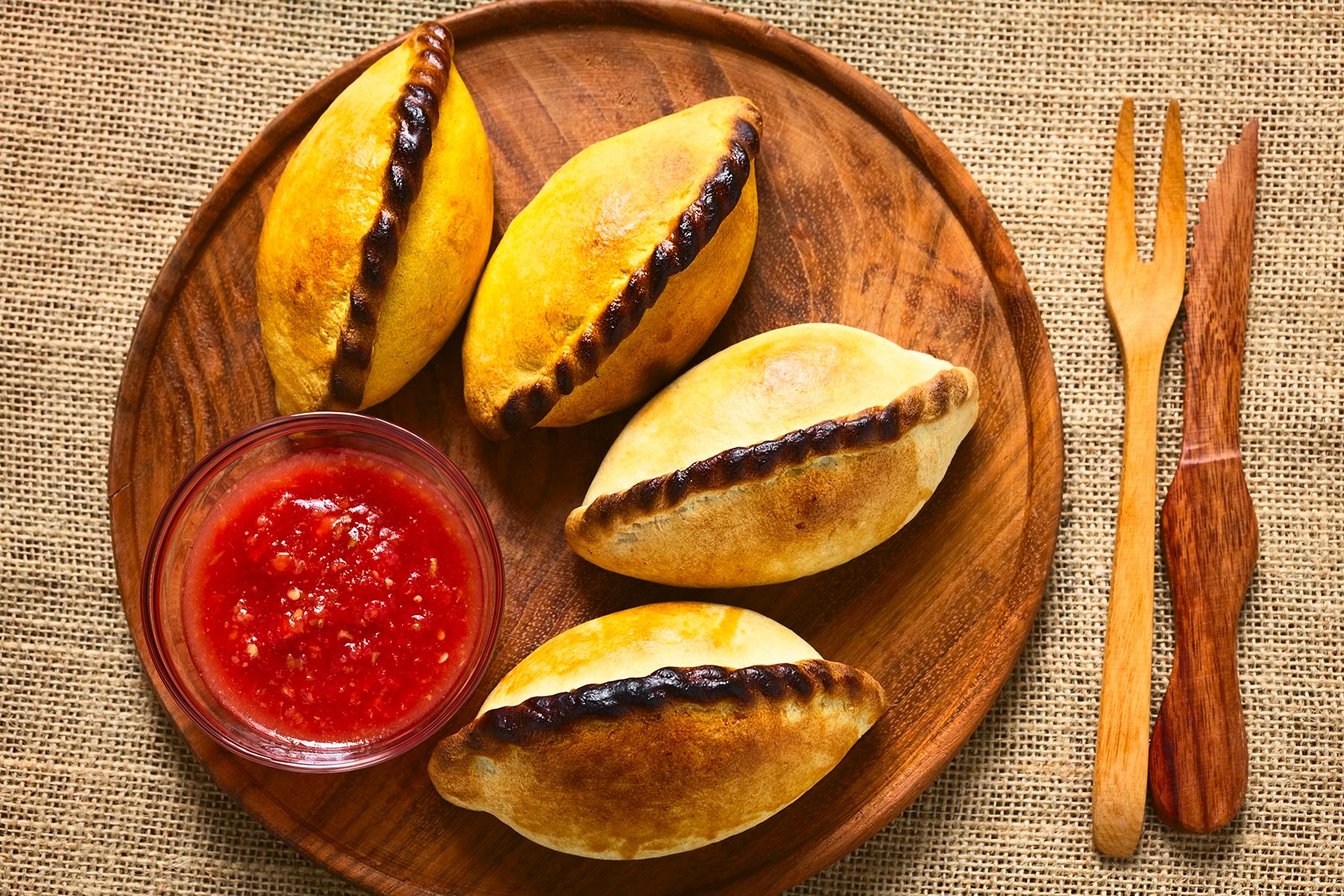 Drive to the city’s outskirts into barrio Liniers (preferably with a local guide), where the Bolivian community has settled and the streets are lined with Bolivian markets and tiny cafes making fresh salteñas. These irresistible, juicy, stewy, spicy-sweet Bolivian style empanadas—quite different from the Argentine version—are the main reason you should head to this part of town. Grab some for lunch, and order more to take back to your hotel. You won’t regret it.

Another thriving community of Buenos Aires is made up of Peruvians, who have set up their restaurants all over the city. Peruvian-Japanese fusion, known as Nikkei, is a cuisine that combines the best of both worlds, and you can enjoy its fantastic flavors when you head to Barrio Chino (China Town), home to many Nikkei restaurants. For straight up Peruvian dishes, like ceviche or causa, catch a ride to one of the many inexpensive Peruvian restaurants in the Once neighborhood, an area famous for its textile markets. 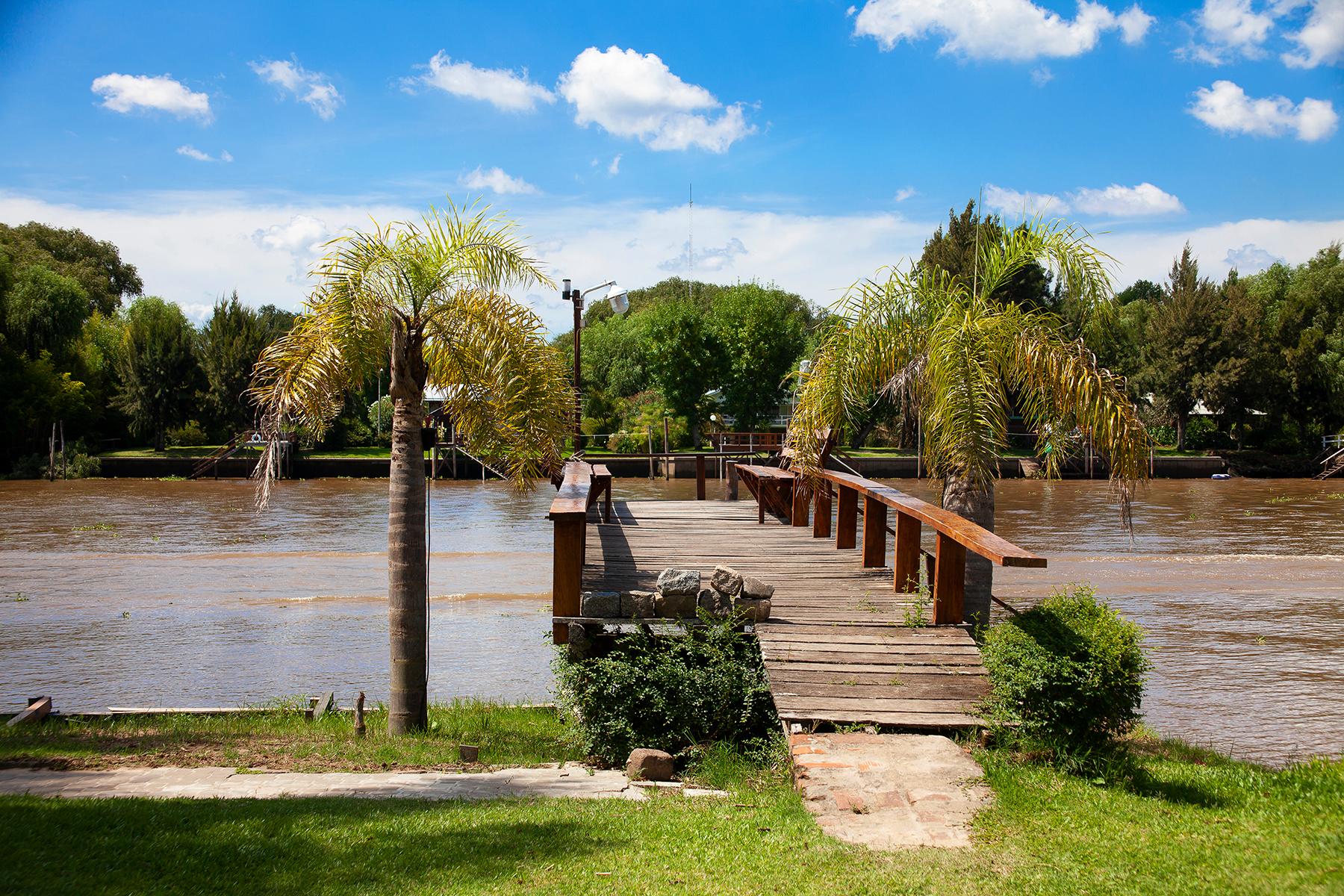 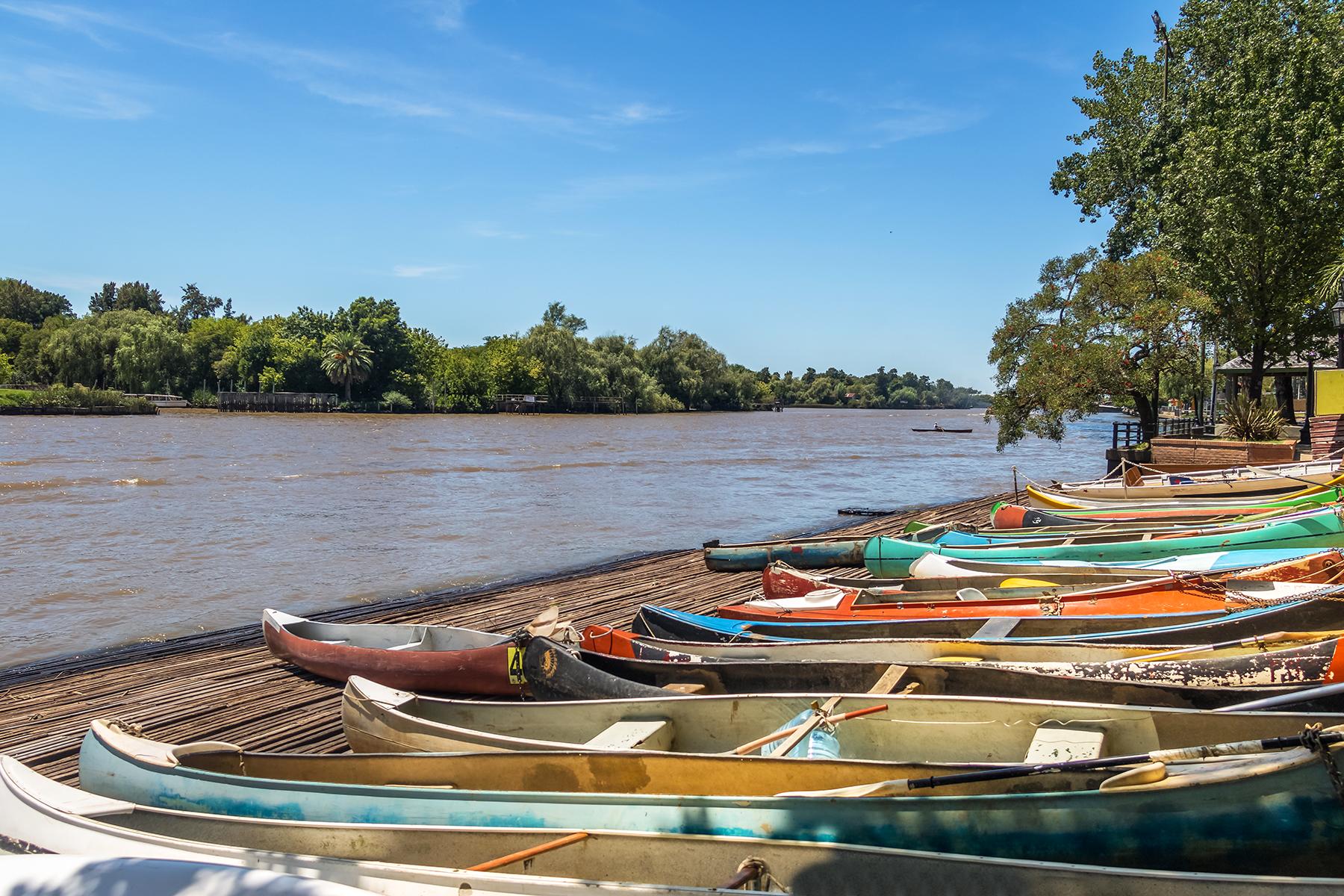 Get Lost in the Island Maze of the Delta

Many tourists head to Tigre, easily reachable by the Mitre train line or the Tren de la Costa. But the real fun is in exploring the many islands and the complex network of tributaries of the Parana River Delta. Buy your ferry ticket at the office next to the McDonald’s and wait in line at the dock platform for your ride. You can be pampered all day at the Delta Eco Spa, a spa resort that takes up an entire island, or opt for a more adventurous visit by asking to be dropped at the “Rio Capitan, Rama Negra” stop (approximately 40-minute ferry ride from Tigre), where you can walk the various marked trails and explore the island’s crazy wooden bridges, unique fauna and flora, and the eclectic community of bungalows. You can also rent kayaks, or make it an overnight trip by booking a hostel or your very own island house. 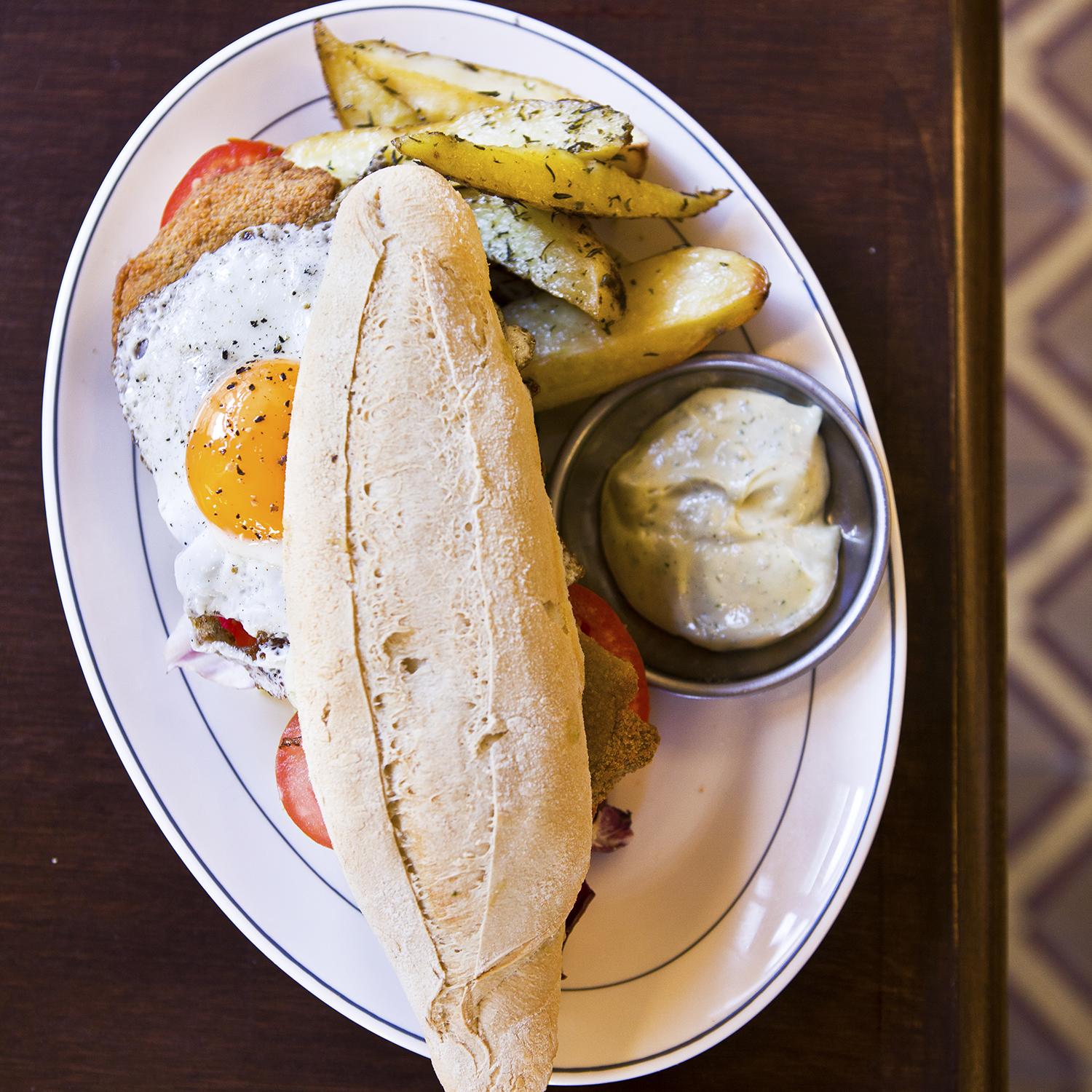 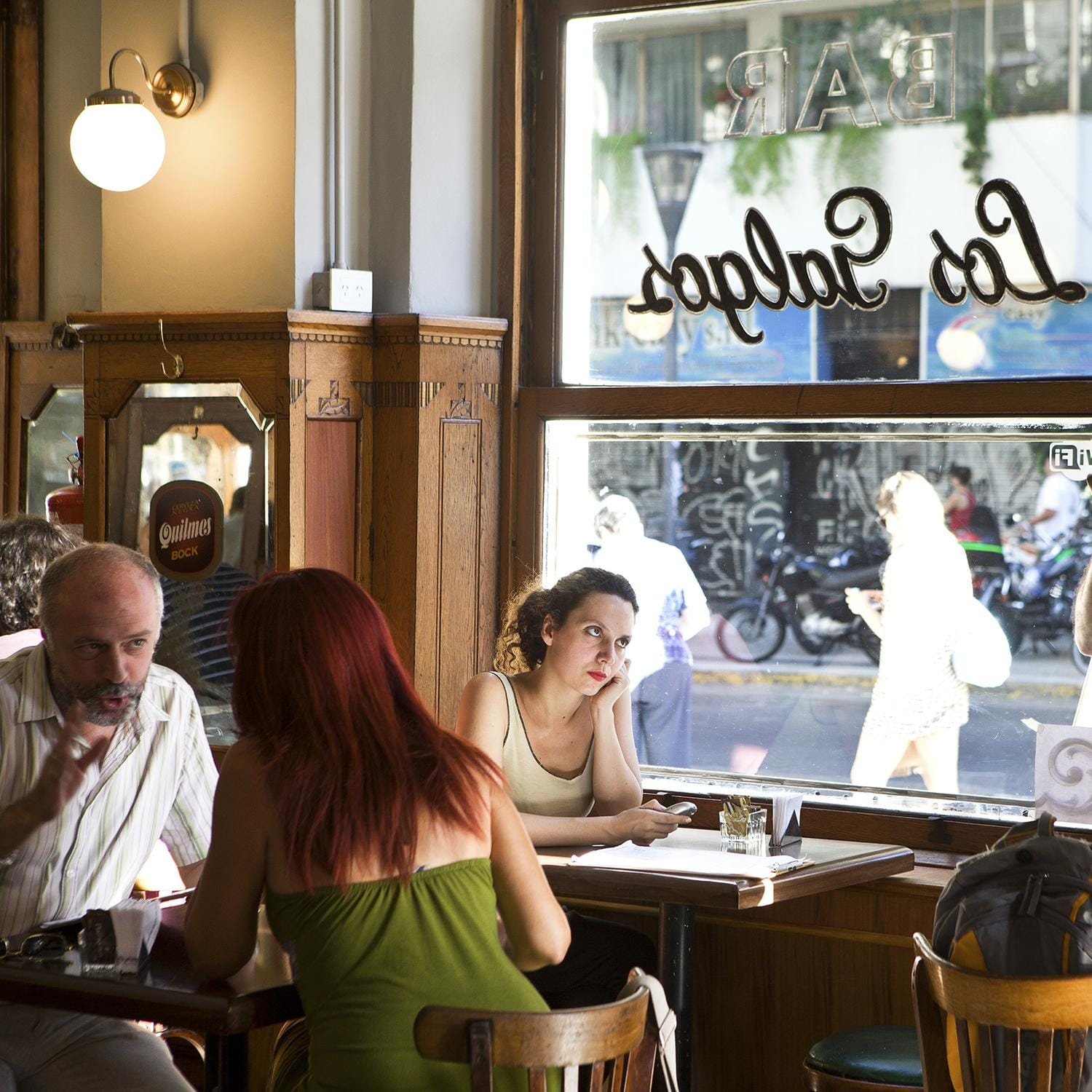 PHOTO: Santiago Ciuffo
Previous Next
14 OF 15

Go Back in Time at a Bar Notable

Known as a “bar notable”, this is the old school version of a Buenos Aires bar. There are about 70 of these government-protected establishments where you’ll still find uniformed waiters and old men sipping cafe solo (these bars are more like cafes and are open all day) while reading the paper. For a coffee or early drink, try Bar Los Galgos, which was established in 1930 and recently refurbished, complete with vermouth on tap. But if you’re seeking a wild yet family-friendly night, enter into the vast, fluorescent-lit space of Cafe San Bernardo (founded in 1912), where you can gorge on a mountain of cheesy fries while playing ping pong, pool, and foozball till at least 5 a.m. You won’t find third-wave coffee or gourmet cuisine in a bar notable, but you will get to soak in the vibes of intricately designed spaces where some of Argentina’s most famous artists and politicians once held court. 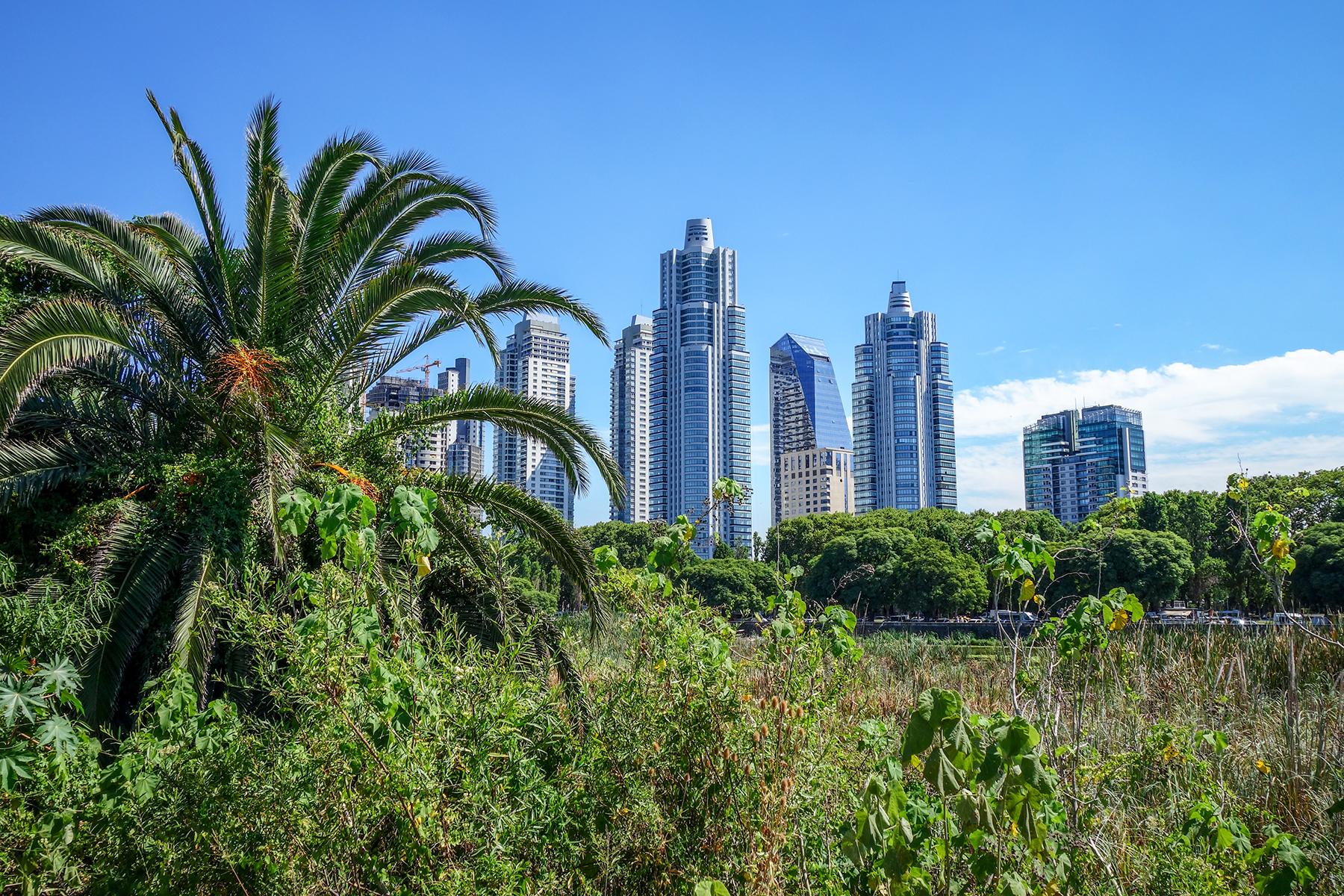 Make a Fast Getaway into the Reserva Ecológica Costanera Sur

The largest green space in the city, this tranquil nature reserve sits along the banks of the Rio de la Plata, the widest river in the world. Bird watch as you stroll along the various trails and wetlands, and forget the city entirely. Relax by the small beach, in a wide grassy meadow, or on one of the many benches from where you can watch the ferries come and go from Uruguay. Right outside the main entrance, you can order a classic choripan (chorizo sandwich) or sandwich de bondiola (pork tenderloin sandwich) from a food cart, and then watch the sandwich lady feed raw meat to the fat lizards hanging out by the sidewalk tables.