Buenos Aires, the Argentine capital best known for its beef, tango, and oftentimes incomprehensible accent, is more massive than most visitors realize. The capital city itself is home to nearly 50 neighborhoods, which the porteños (the colloquial name for anyone living in Buenos Aires) and Spanish-speakers across Latin America refer to as “barrios.” The largest of these neighborhoods is also one of the city’s most popular, Palermo. With so much gastronomy, history, and nightlife packed into one barrio, it’s no wonder this neighborhood has sort of divided amongst itself, creating individual sub-barrios that are all touted for something entirely unique. 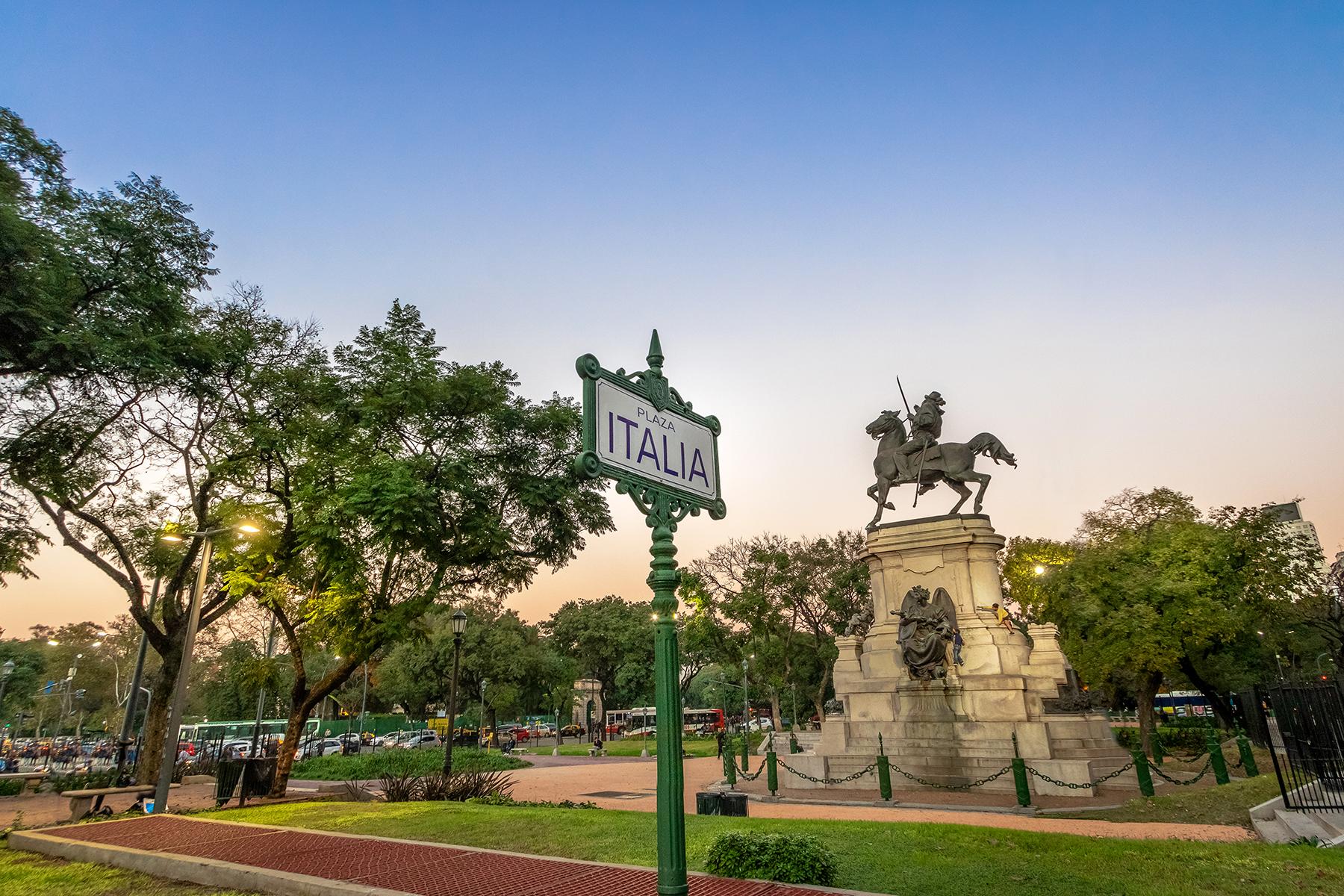 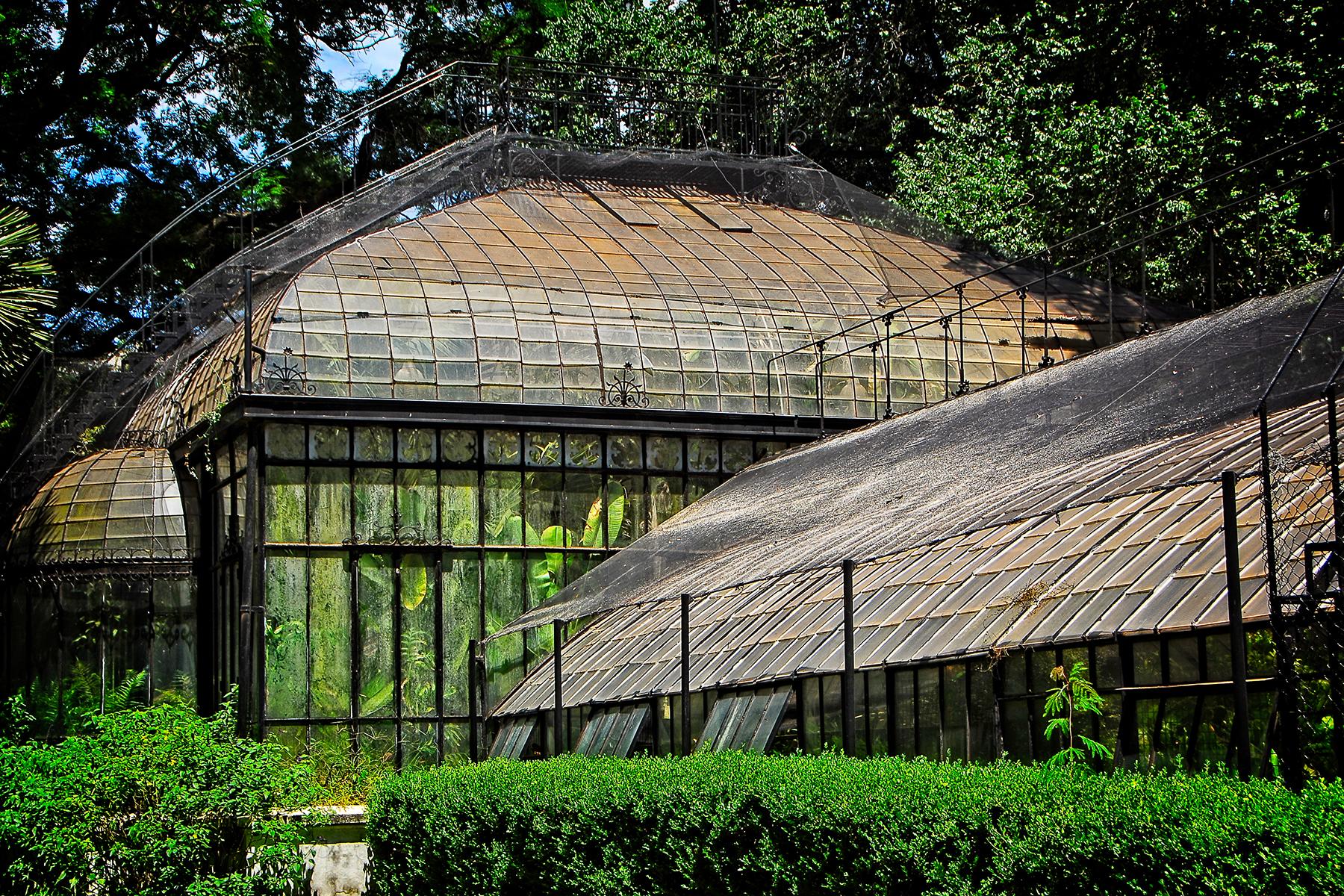 PHOTO: Gedgerardo / Shutterstock
Previous Next
1 OF 12

Much as this sub-barrio’s name would suggest, the main attraction in this part of Palermo is the city’s Botanical Garden. Known for its proximity to Plaza Italia, the Botanical Garden is home to over 6,000 different types of flora. If you’re frustrated with the city’s urban sprawl and concrete, be sure to head to Palermo Botánico and take a stroll amidst the towering trees and flowers.

INSIDER TIPIf you’re looking to visit this part of Palermo via public transportation, you’re in luck. The city’s underground metro system, colloquially referred to as the Subte, has stops on either end of this sub-barrio. Be sure to hop off on either the Scalabrini Ortiz or the Plaza Italia stops and walk toward the greenery until you find the Garden’s entrance. 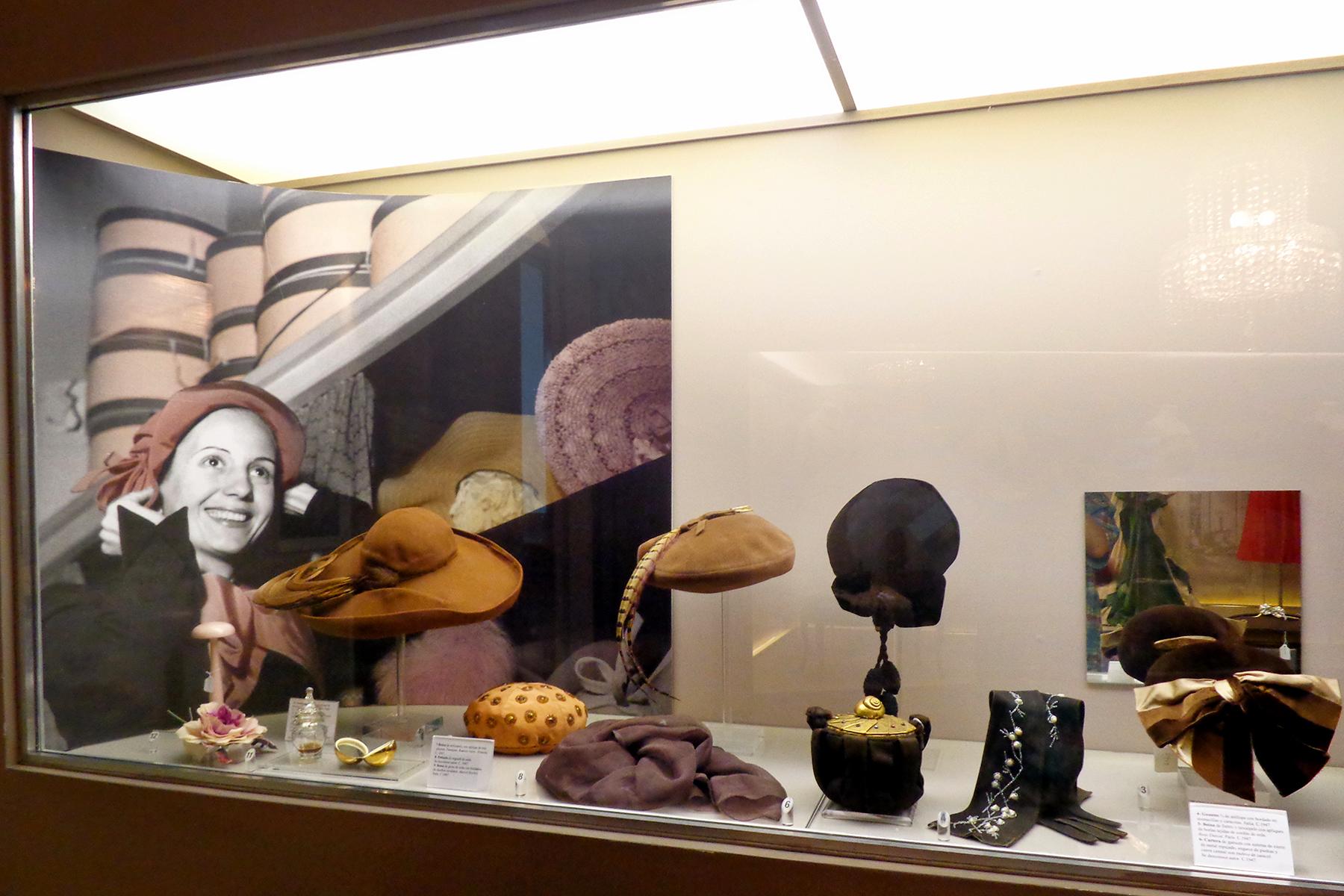 If you’re headed to Palermo Zoológico because you’re hoping to see some animals, you’ll surely be disappointed. The zoo closed in 2016, but old habits die hard, so this sub-barrio’s name has yet to change. The old zoo is set to become the city’s new interactive Ecoparque, but in the meantime, visitors in this neighborhood can learn about the country’s famous first lady, Eva Perón. The Museo Evita is located in the heart of this neighborhood, and it operates out of the same house Evia’s foundation once used as a women’s shelter.

INSIDER TIPIf you’re feeling a bit peckish but don’t want to leave the Museum, be sure to check out the Museo Evita’s outdoor cafe. Unlike most museum-related dining areas, locals and tourists both frequent this place. 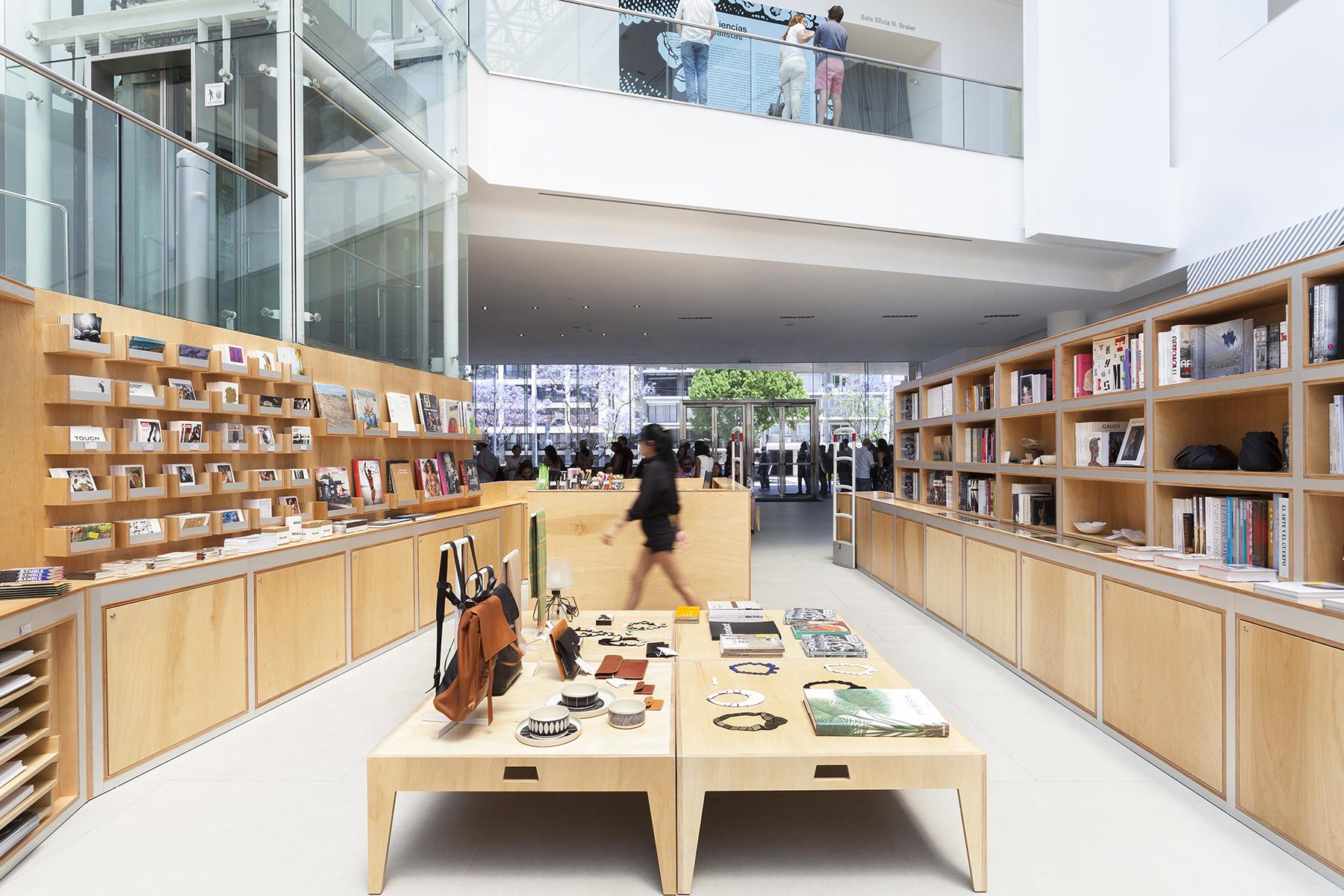 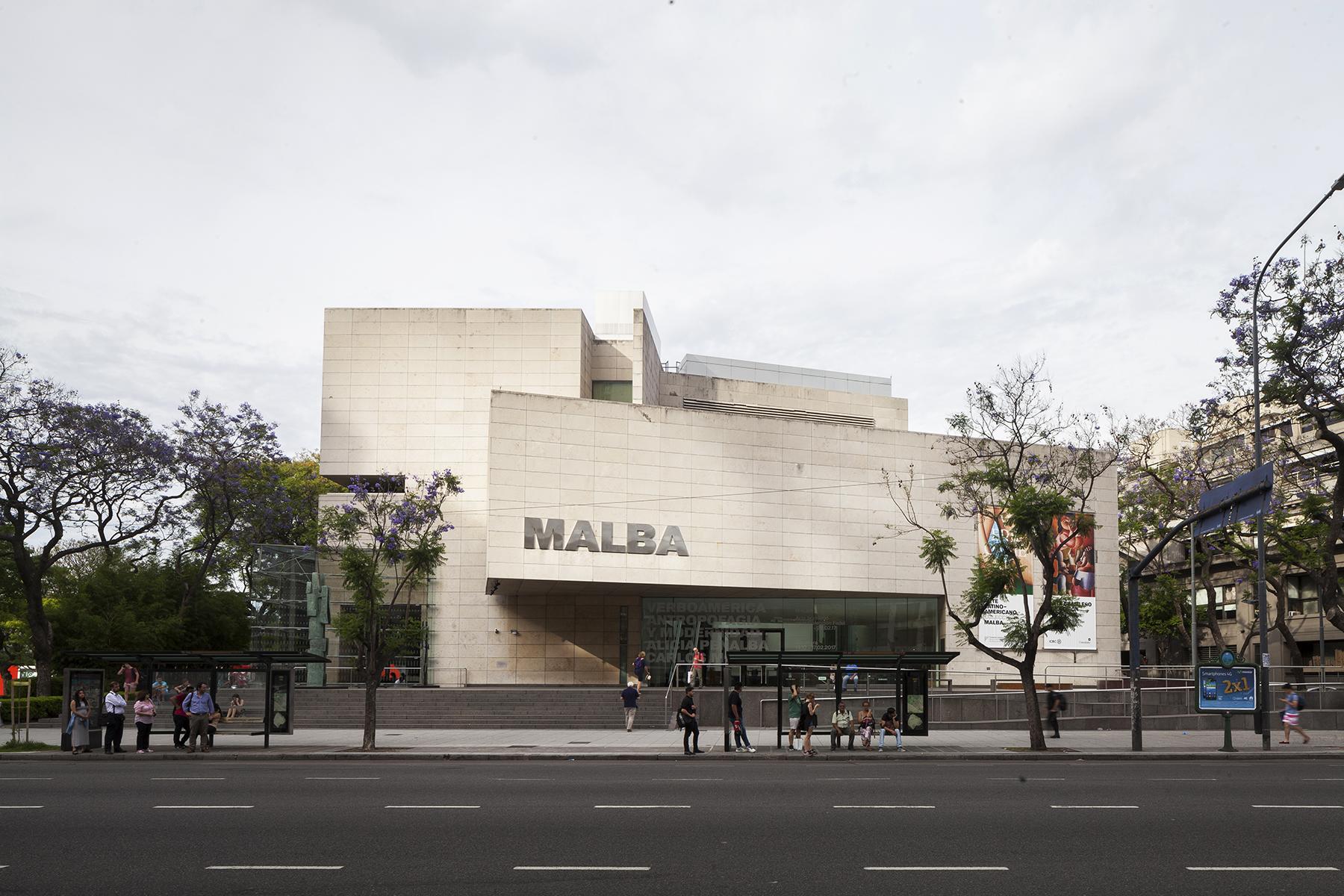 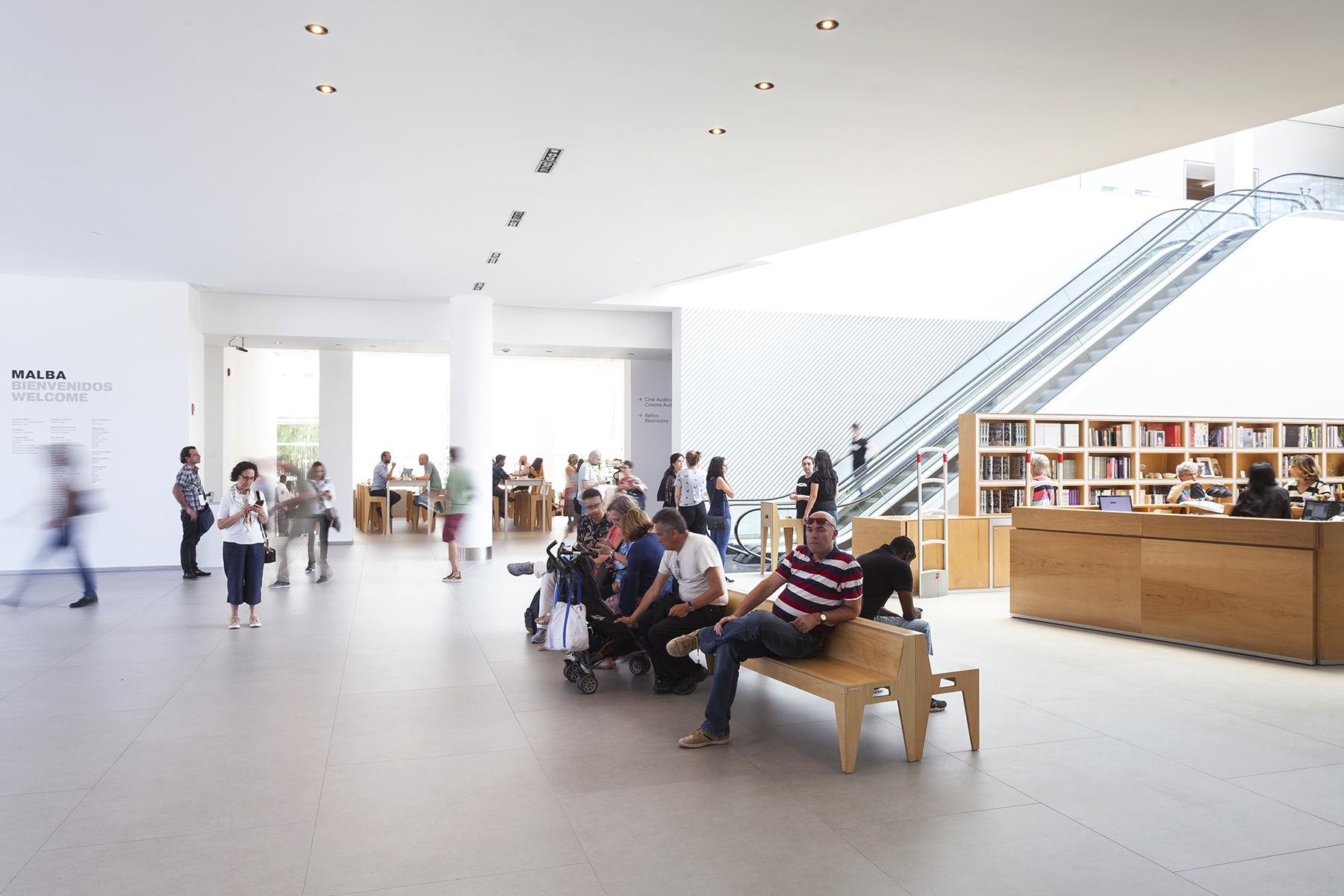 A few blocks south on Avenida Libertador will lead you into Palermo Chico, where most visitors only find themselves if they’re hoping to check out the Museo de Arte Latinoamericano de Buenos Aires, or MALBA, for short. This sub-barrio is mostly residential these days, but your trip to this community can also include stops at the nearby Japanese Garden and Rosedal de Palermo. Both of these attractions are located in a liminal space at the edge of the city that is somewhere between Palermo Chico and Palermo Zoológico, so they should be on your must-see list as you migrate from one sub-barrio to the next.

INSIDER TIPIf you’re looking to experience nature without feeling crowded, Palermo Chico is a great sub-barrio. Most visitors are not as likely to venture away from Avenida Santa Fe, so spaces like Plaza Alemania are less congested.

Palermo Norte is Palermo Chico’s lesser-known neighbor, even though the line between the two is thoroughly blurred. But if you’re looking to visit quieter museums away from the city’s main avenues, this part of Palermo is for you. Palermo Norte’s most popular attractions are the Museo Nacional de Arte Decorativo, which is renowned for its weaponry and furniture collections, and Parque las Heras, a massive park that is currently under construction (and, in some circles, could also be considered part of Palermo Alto.)

INSIDER TIPFor great Argentine-style empanadas, be sure to check out Ña Serapia at it’s convenient location on Avenida Las Heras. This place looks underrated, but don’t let appearances fool you — it’s quickly becoming becoming one of the most-touted restaurants in the neighborhood. 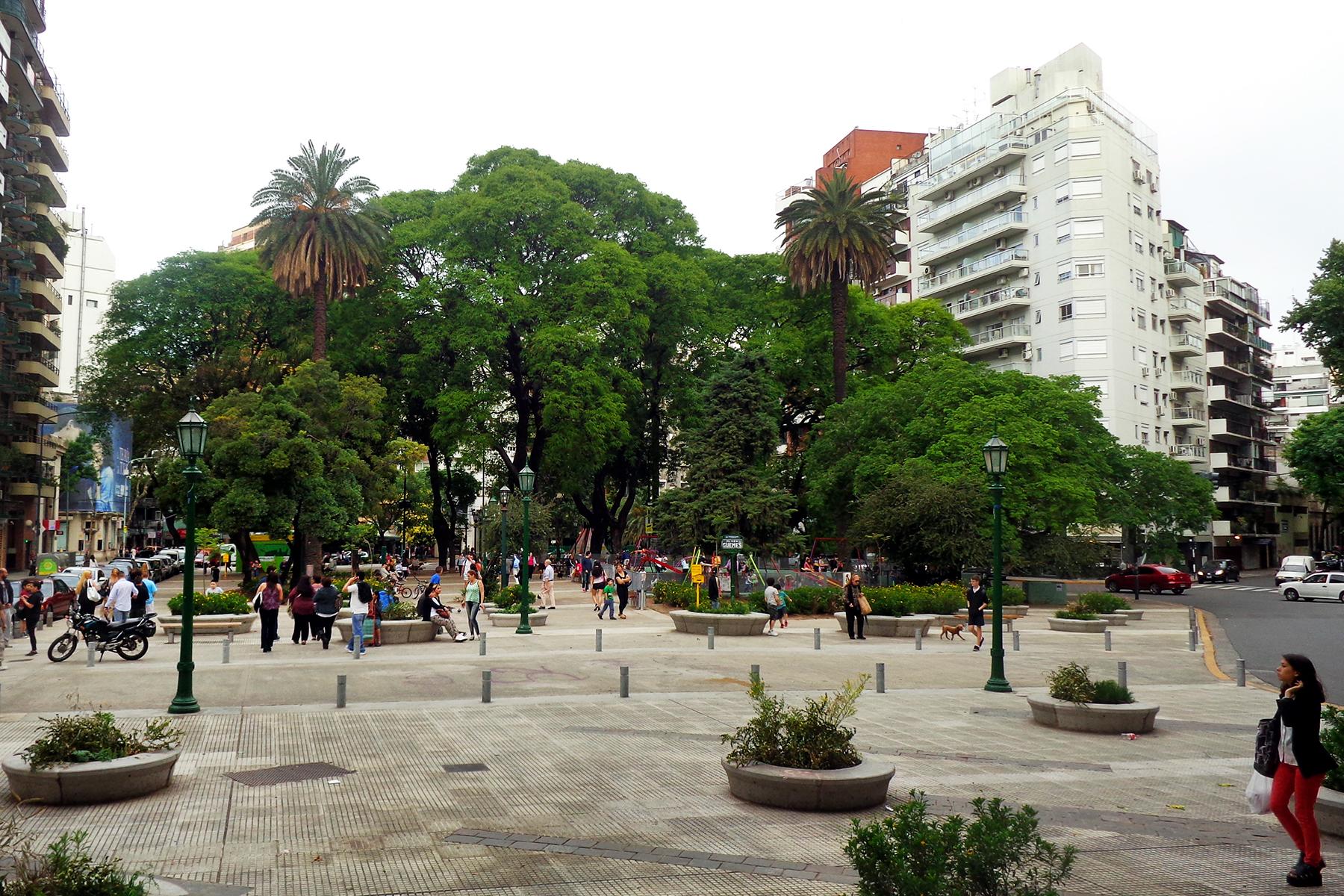 Located on the other side of Avenida Santa Fe from Palermo Norte, Villa Freud is a sub-barrio many visitors pass through but never really notice. This neighborhood’s center is believed to be Plaza Güemes, and most tourists have no reason to visit this primarily residential neighborhood. However, Villa Freud can make a strong claim to include Club Araoz as part of its own. This nightclub is not located in popular Palermo Soho, but it is certainly worth the trek if you’re looking to party with locals and foreigners alike.

INSIDER TIPIf you’re interested in picking up a new pair of plataformas while you’re in town, the part of Villa Freud that rubs elbows with Avenida Santa Fe is teeming with assorted shoe stores that offer all footwear styles at discounted prices. 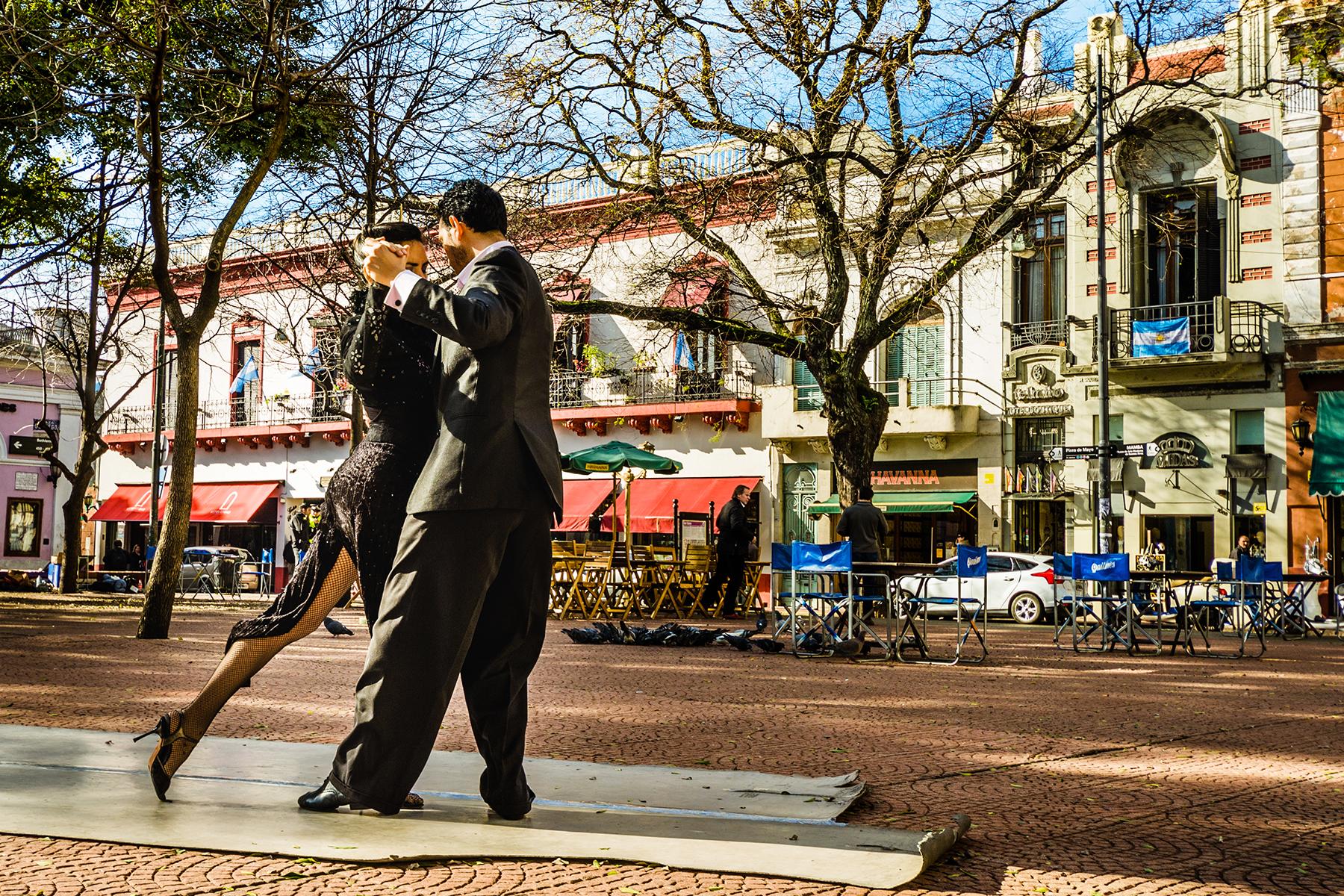 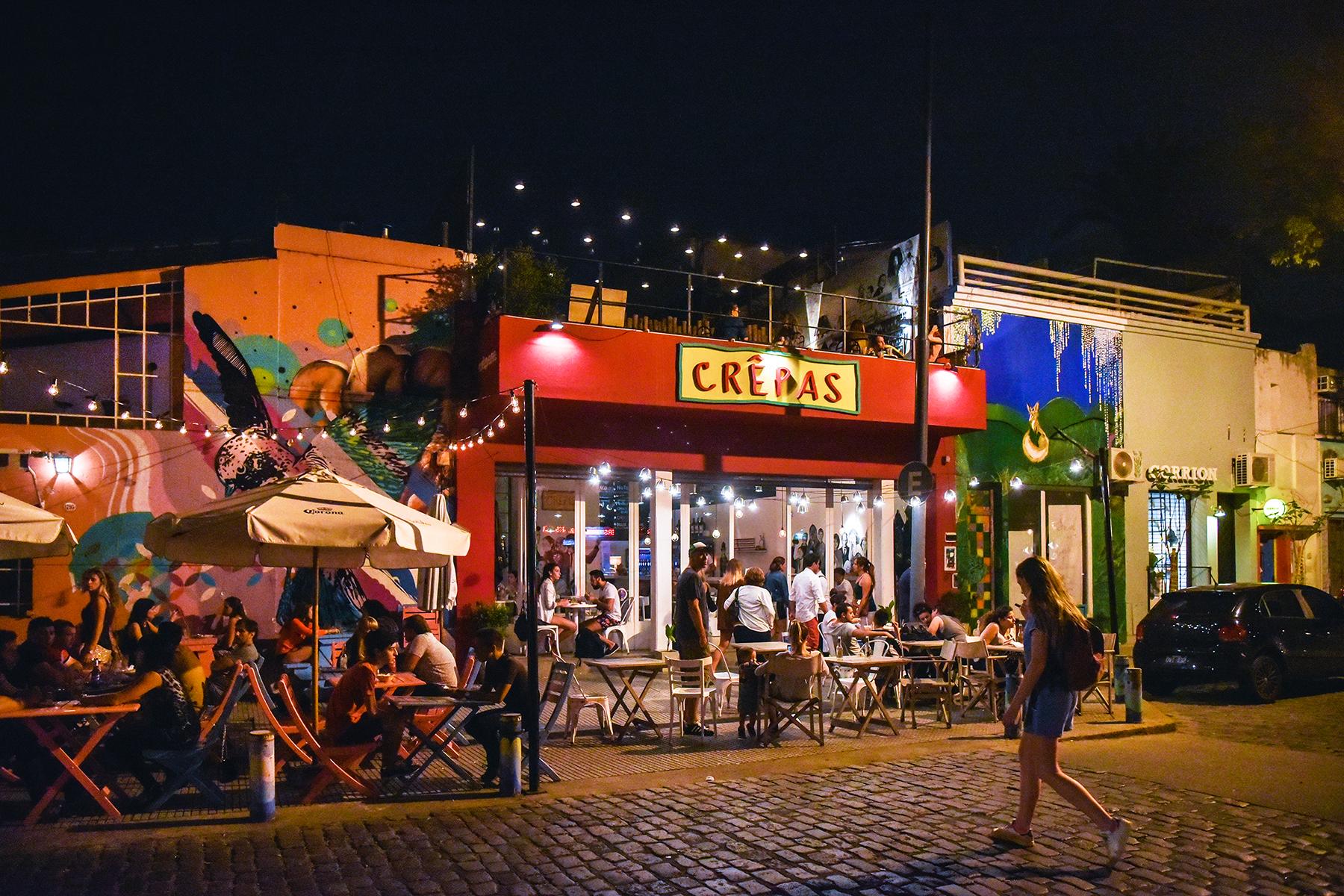 Most people find themselves in Palermo Soho when it’s three in the morning and they’re heading to Plaza Serrano (officially known as “Plaza Cortázar”) for a night out on the town. This is a must-see sub-barrio if you’re hoping to dance to reggaeton until dawn, with boliches (Argentine nightclubs) such as Rosebar and Kika drawing international crowds to this bustling plaza all hours of the night.

INSIDER TIPIf you’re not interested in partying until sunrise but still want to check out Palermo Soho, you’re in luck. During the weekends, Plaza Serrano is opened to street vendors and craftsmen and houses the Feria de Plaza Cortázar, a great place if you’re hoping to pick up some handmade souvenirs to bring to your friends back home. 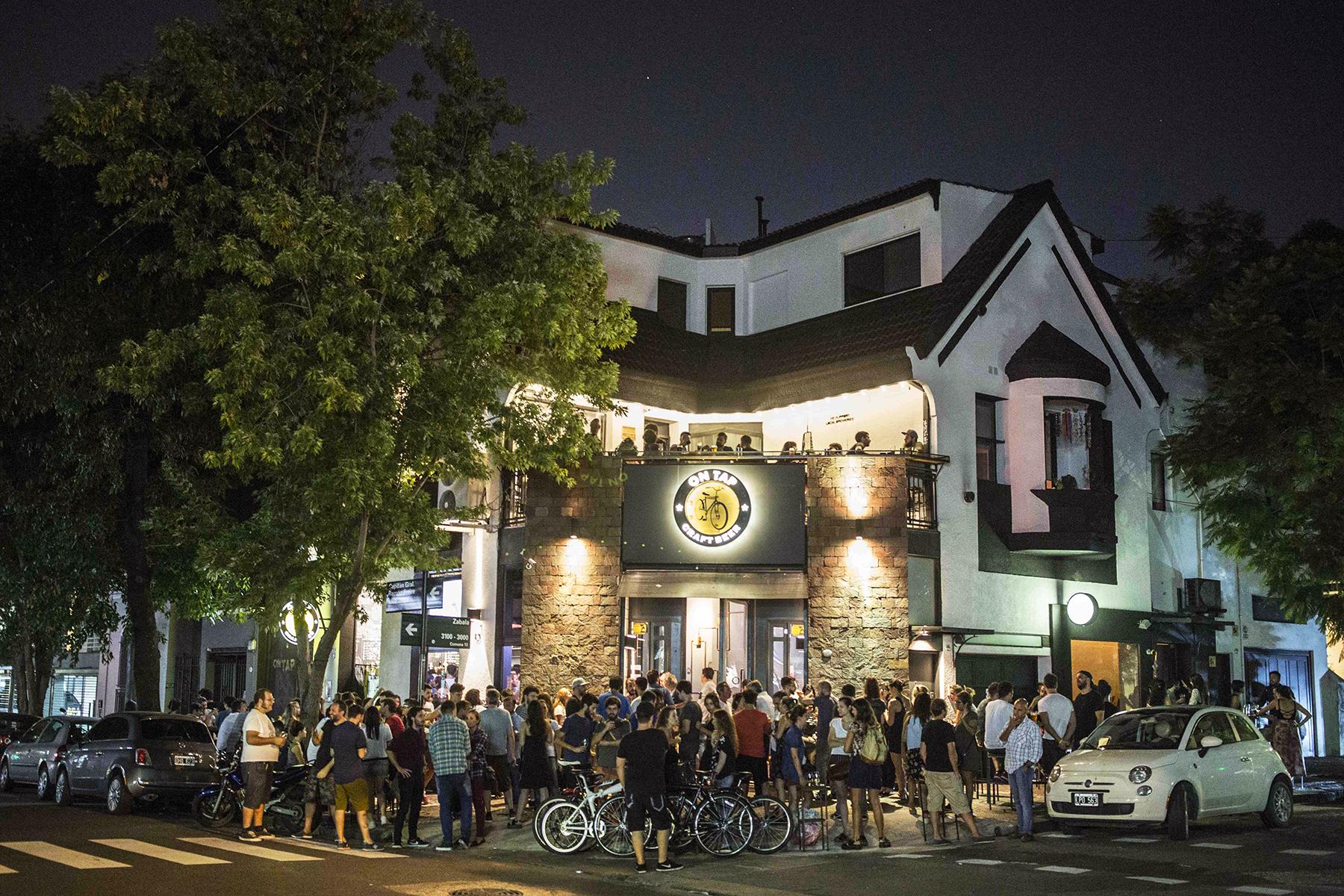 Drawing its name from the fact that so many media studios call this sub-barrio home, Palermo Hollywood, like its neighborhood, Palermo Soho, is another hotspot for porteño nightlife. In addition to being home to clubs like Niceto Club, this part of Palermo also features some tasty cafes and bars, like Pani, and On Tap.

INSIDER TIPWhile walking from Palermo Soho to Palermo Hollywood can seem harmless, considering they’re only a few blocks away from each other, you probably shouldn’t do so at night. The train tracks and lack of streetlights around Avenida Juan B. Justo make this a touch-and-go area once it gets dark. If you’re hoping to migrate between these two neighborhoods, you’re better off taking a cab at night.

INSIDER TIPIf you want to stay in a central location during your time in Buenos Aires, odds are you’ll find yourself renting a room in Palermo Viejo. This neighborhood features a high concentration of hotels and hostels ranging in style from luxury to budget accommodations.

If you’re hoping to visit a traditional shopping mall while you’re in Buenos Aires, look no further than Palermo Alto. It’s known for its mall, Alto Palermo, which has a strikingly similar name to its local sub-barrio. Here, you’ll find stores such as Cuesta Blanca, Etiqueta Negra, and Key Biscayne. Be sure to stock up on local threads so you can impress friends and family back home with your new Argentine style.

INSIDER TIPDue to its proximity to Avenida Santa Fe, Alto Palermo can get very crowded very quickly. For a more pleasant shopping experience, try and arrive as early as possible in the morning to avoid long lines and packed spaces.

Smushed into a few streets between Belgrano and Palermo Nuevo lies Las Cañitas, a foodie’s paradise. Ranging from traditional Argentine fare at spots like El Estacionero to Mexican food at Lupita, even the pickiest of taste buds can find solace in Las Cañitas. Due to its developing reputation as a dining district, you can expect this sub-barrio to be crowded around mealtimes.

INSIDER TIPIf you’re looking to pass some time before your dinner reservations, check out El Solar Shopping. This complex is sure to be less populated than Alto Palermo because it’s farther away from the city’s main avenues.

La Imprenta is probably technically part of Las Cañitas, but this part of Palermo is a specific concentration of streets near Plaza Bolivia. Here you can find local chain restaurants, such as Tea Connection, Cafe Martinez, and Freddo, which are worthy dining options for a first-time visitor, too. This sub-barrio is as close as you can get to Belgrano without actually crossing into the barrio next door, and since it’s out of Palermo’s popping center, prices are a little cheaper over here.

INSIDER TIPTucked away from Avenida Santa Fe, the closest Subte stop is Olleros. However, if you’d like a mode of transportation that gets you a little closer to your destination, there are many city buses, referred to as colectivos, which can take you right into La Imprenta.