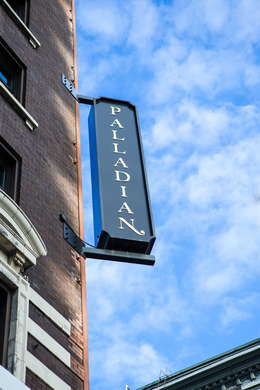 Quirky and cool style define the boutique Palladian Hotel, from the striking reception area, which perfectly complements the 1910 building’s architecture, to the airy, eclectic rooms. Especially memorable are the Napoleon-esque portraits of Seattle icons hanging in the chic lobby, images that also grace throw pillows in the guestrooms.

On the edge of Belltown, just two blocks from Pike Place Market, the 97-room Palladian is in walking distance to plenty of bars, dining, shopping, and attractions. But don’t let that stop you from trying the hotel’s noteworthy Pennyroyal Bar and Shaker + Spear restaurant.

The design-obsessed will swoon over the Palladian’s guestrooms, which pair crisp white walls and linens with weathered, riveted wood headboards, and deep blue hues. Worn-in leather chairs, antique oriental rugs, and brass accents add to the ambiance, which is on trend but also timeless. Inspired by Seattle’s logging and nautical past (the hotel originally provided lodging for mariners), the décor also includes whimsical vintage touches such as maps, artwork, books, and rotary telephones.

YOU SHOULD KNOW In some rooms, flatscreen TVs, while displayed on a cool-looking easel, are awkwardly positioned, as are small desks tucked into corners. 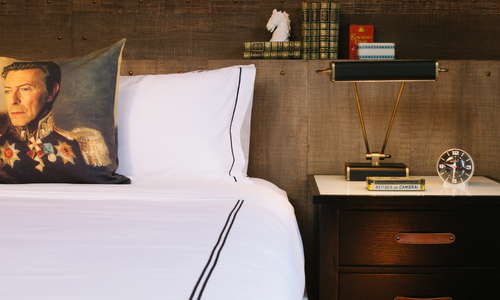 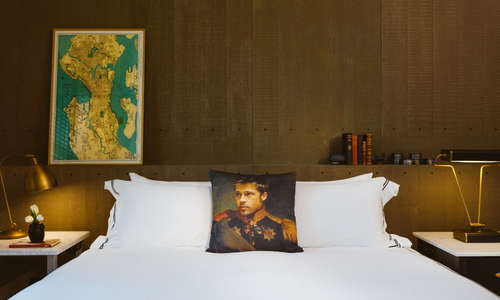 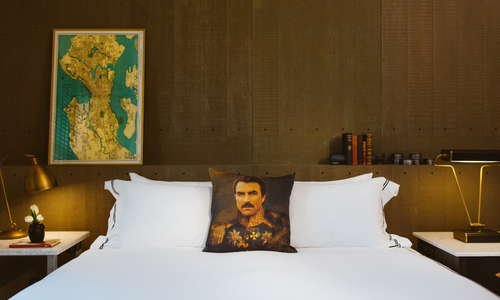 Marble hex tiles, industrial-inspired consoles, a sliding barn door, and gleaming gold fixtures that nod to Seattle’s Gold Rush days make for attractive bathrooms at the Palladian. The spacious clawfoot tub and rain-shower combo with white subway tiles and a glass-panel surround is an elegant and unusual touch. 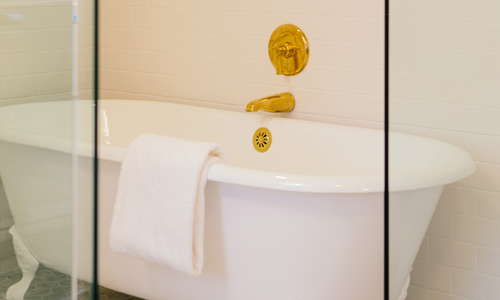 The hotel hosts a daily social hour with local wines. Look for the bar tucked between the check-in counter and the large fireplace stacked with books by the elevators. 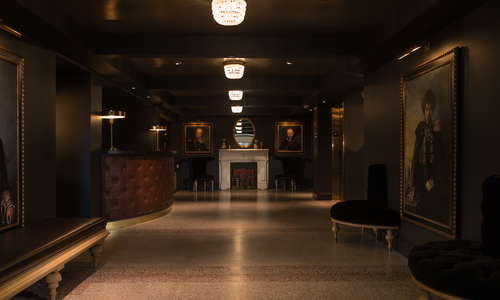 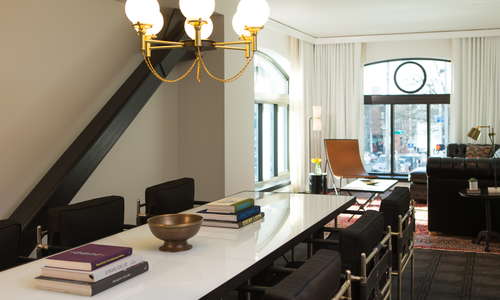 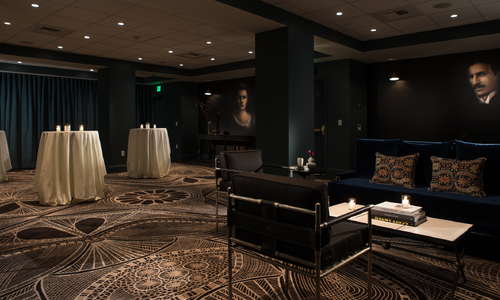 A 24/7 fitness center features Precor treadmills, ellipticals, and bikes, and weightlifting equipment. Guests can also get their om on in-room yoga mat.

Forget about tourist-trap hotel restaurants. Shaker + Spear is the real deal, from the design--varying wood tones and textures, exposed brick, and an expansive bank of tall windows--to the seasonal menu that’s focused on seafood and local ingredients. Don’t miss the charred octopus with hazelnut romesco--it’s divine! The restaurant also features a good wine list and an au courant cocktail menu (sherry is the current star). 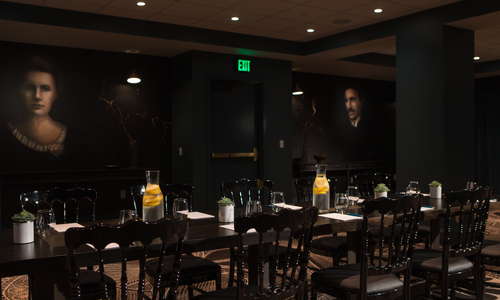 Palladian’s PennyRoyal (Nirvana fans will recognize the name from the song “Pennyroyal Tea”) serves up aged spirits, seasonal punches, and craft cocktails. The European-style bar has a glamorous speakeasy feel to it, with décor such as velvet aubergine banquettes, slate-gray walls, tin ceilings, and a marble bar.

The hotel is three blocks from Westlake Station, a main hub for Seattle transit, including Link light rail, which services Sea-Tac airport, as well as Capitol Hill and the University of Washington, and as the Monorail, which connects with Seattle Center. Also in the vicinity: buses to every corner of the city and the terminus for the South Lake Union Streetcar.

The name is bold, as are the Southern-tinged breakfasts at Biscuit Bitch (3-minute walk), which serves up biscuits and gravy, biscuit sandwiches, and garlic grits with butter. The bustling spot is always packed but worth the wait. The hole-in-the-wall Dahlia Bakery (3-minute walk) has delicious pastries and other sweet treats perfect for a quick pop-in-and-go (with a couple of cafe tables outside if your feet need a rest). Down in Post Alley by Pike Place Market (5-minute walk), The Pink Door offers tasty food on the menu and dazzling spectacle on the side. The well-known Italian restaurant, which boasts terrace views of Elliott Bay, features a tasteful burlesque and trapeze show for diners. The petite Le Pichet (5-minute walk) is far more unassuming, serving French bistro fare in a lovely, bustling space.

Before you hang out at Bathtub Gin & Co (3-minute walk), you'll have to find the bar's unmarked door in an alleyway. Then find the set of stairs leading down to the basement of the old brick building, a former hotel. There you'll discover a small but charming speakeasy-style spot, which features good music and handcrafted artisan cocktails. Or go lowbrow at Shorty's (3-minute walk), a fun dive with cheap beer, clown decor, and arcade and pinball games.

Part of the hip Kimpton brand, the stylish Palladian Hotel offers the best of the boutique experience, from the memorable vintage-inspired design to the excellent on-site dining and drinking options. It's also ideally located, just minutes from a main transit hub, Pike Place Market, and loads of shops, bars, and restaurants. 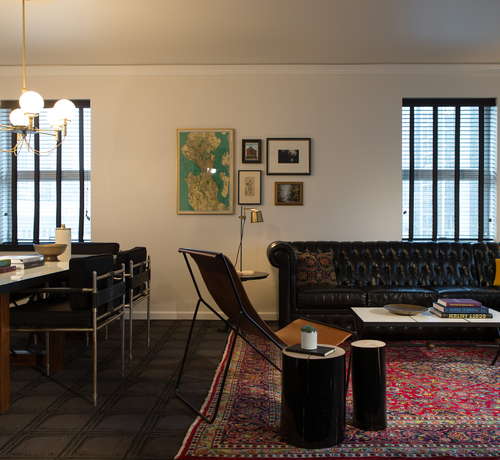 #1 9 Seattle Hotels With a Ton of Character

#3 The 5 Hippest Hotels in Seattle

#4 The 4 Best Hotels Near Pike Place Market in Seattle

#6 The Most Charming Boutique Hotels in Seattle

#7 7 Cheap Seattle Hotels You Will Love 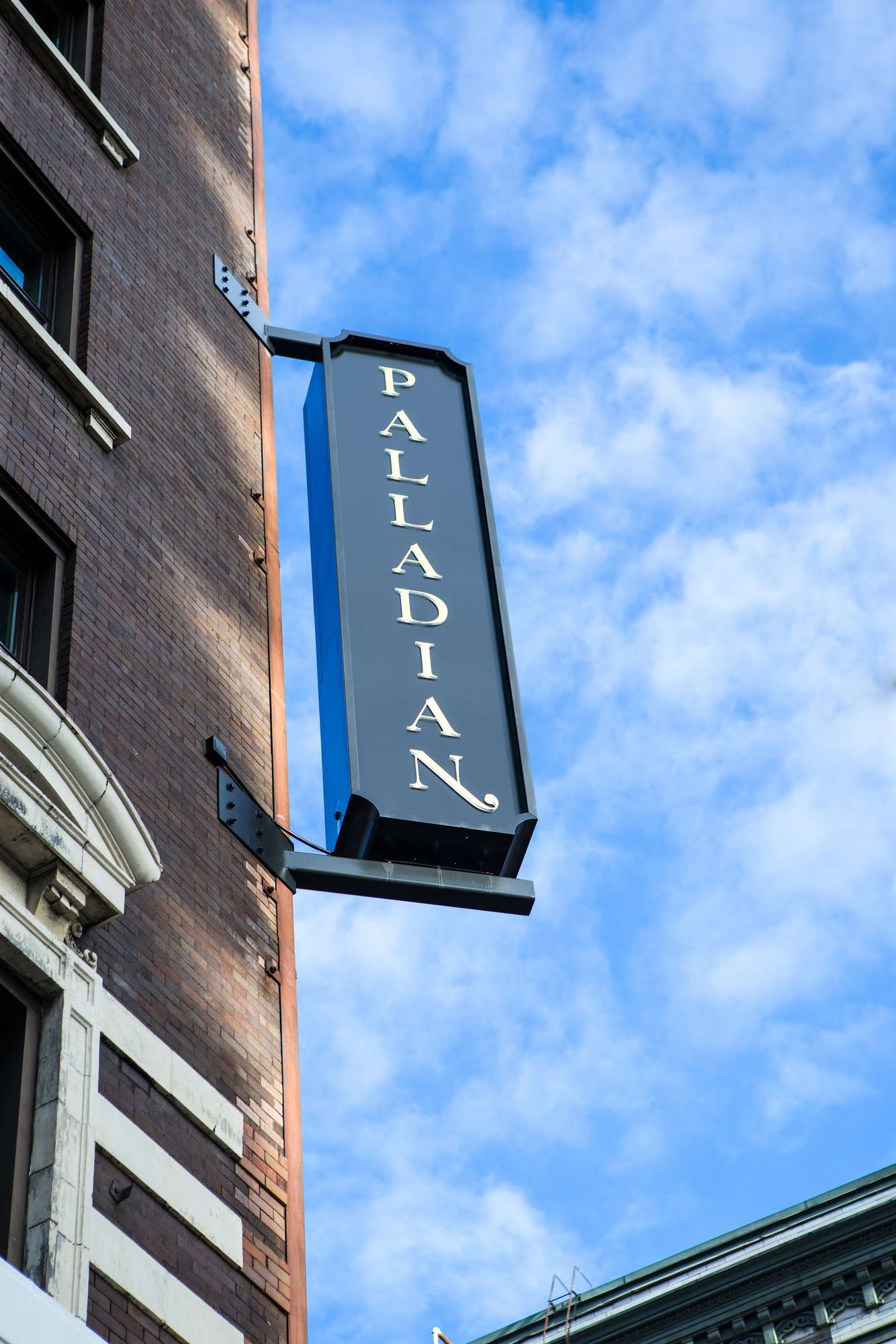 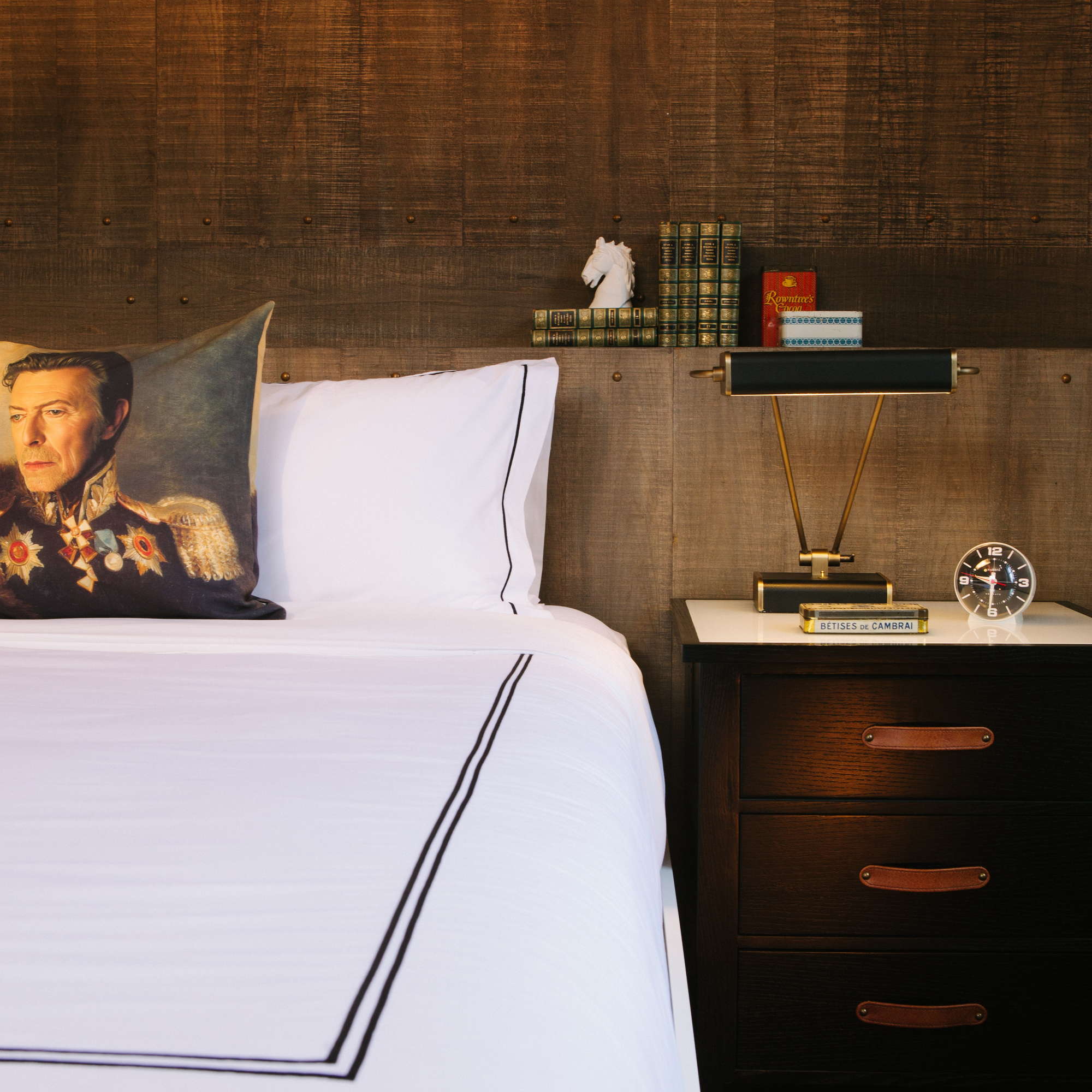 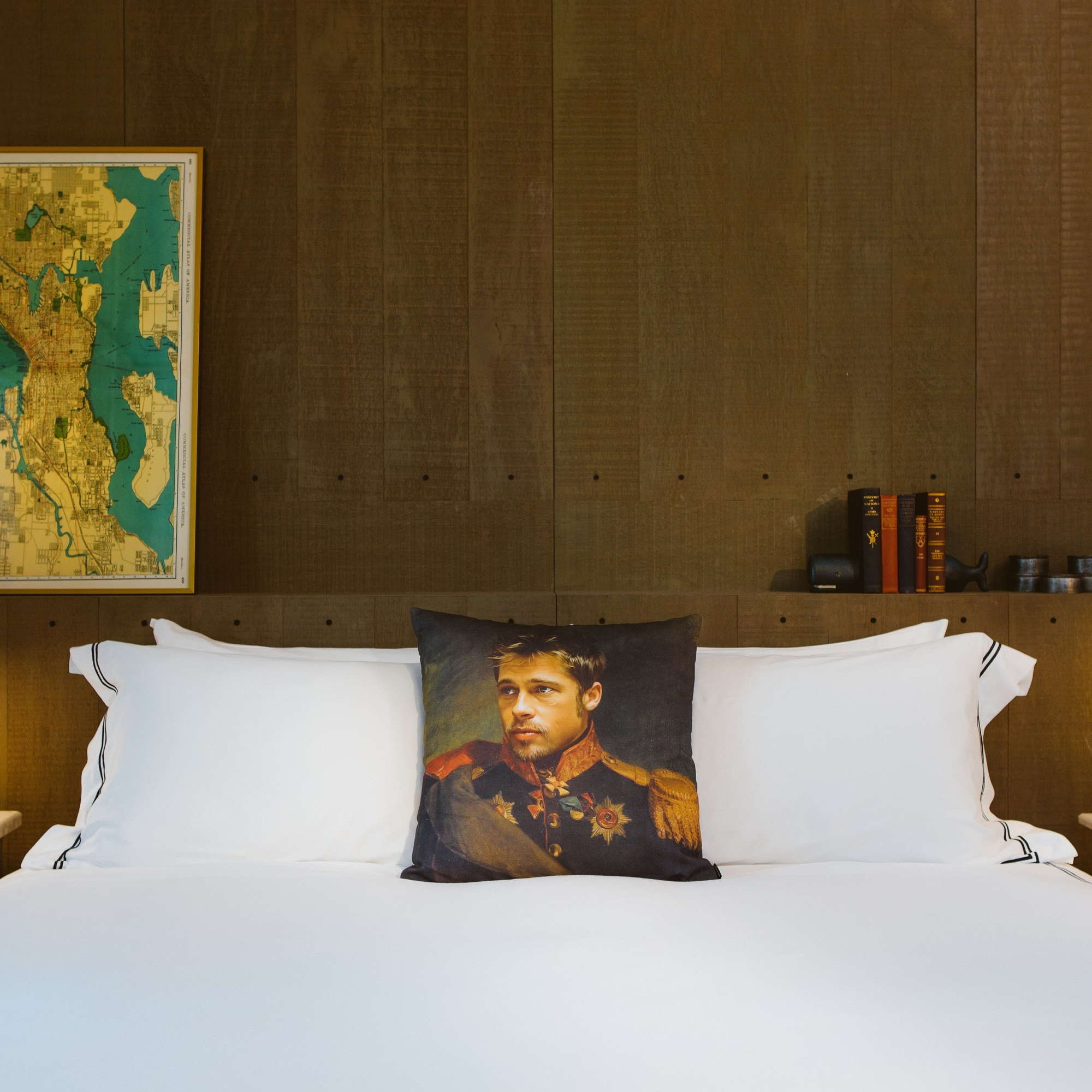 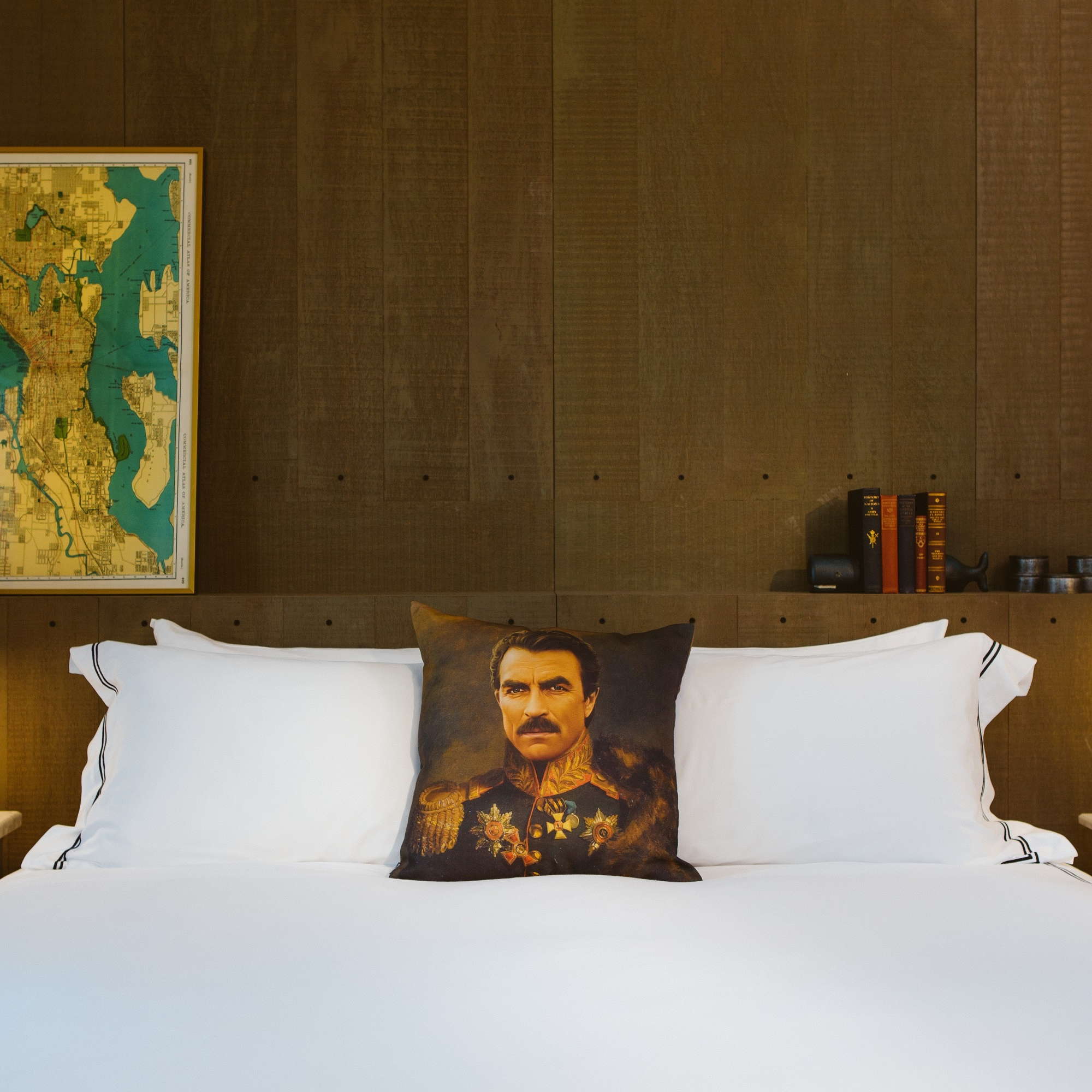 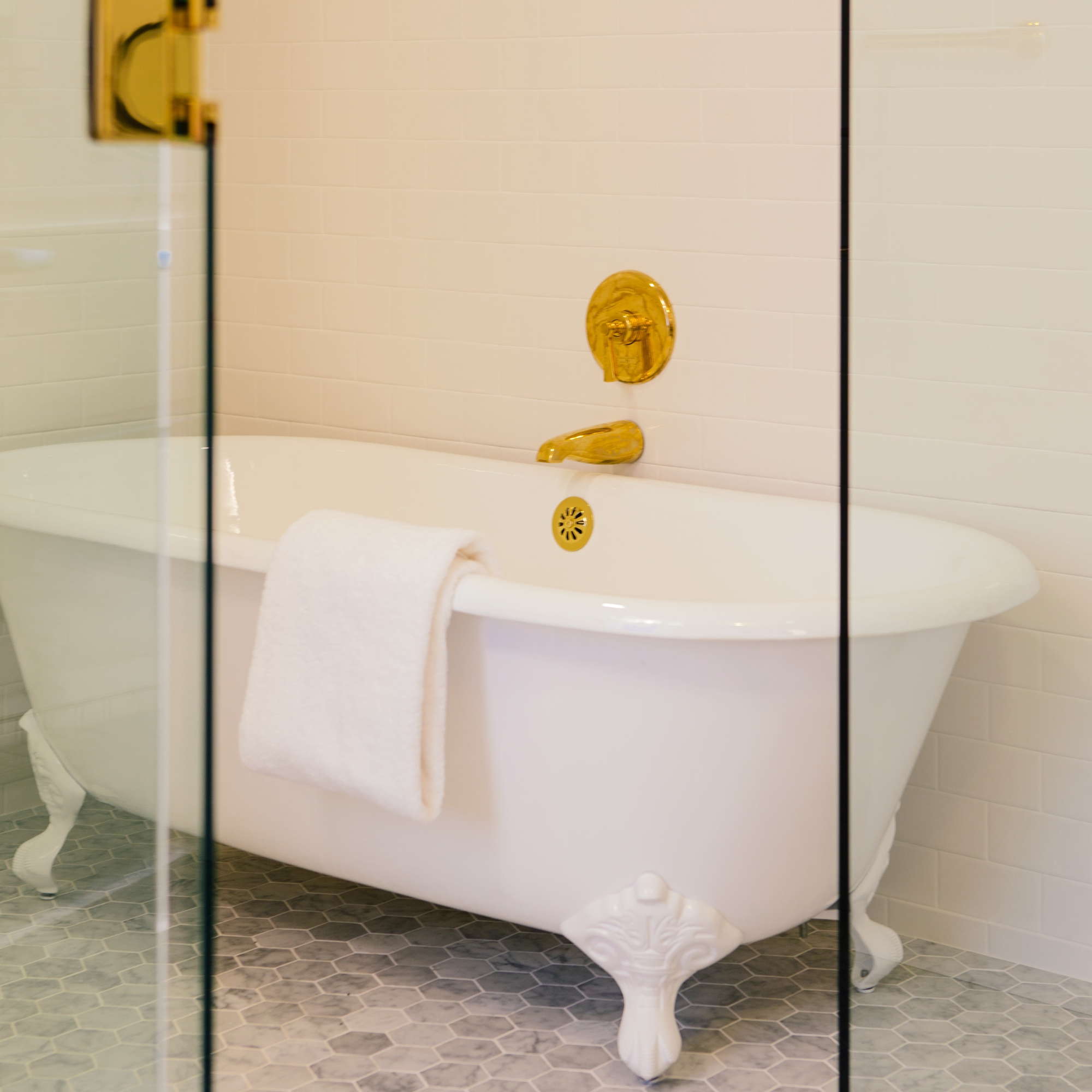 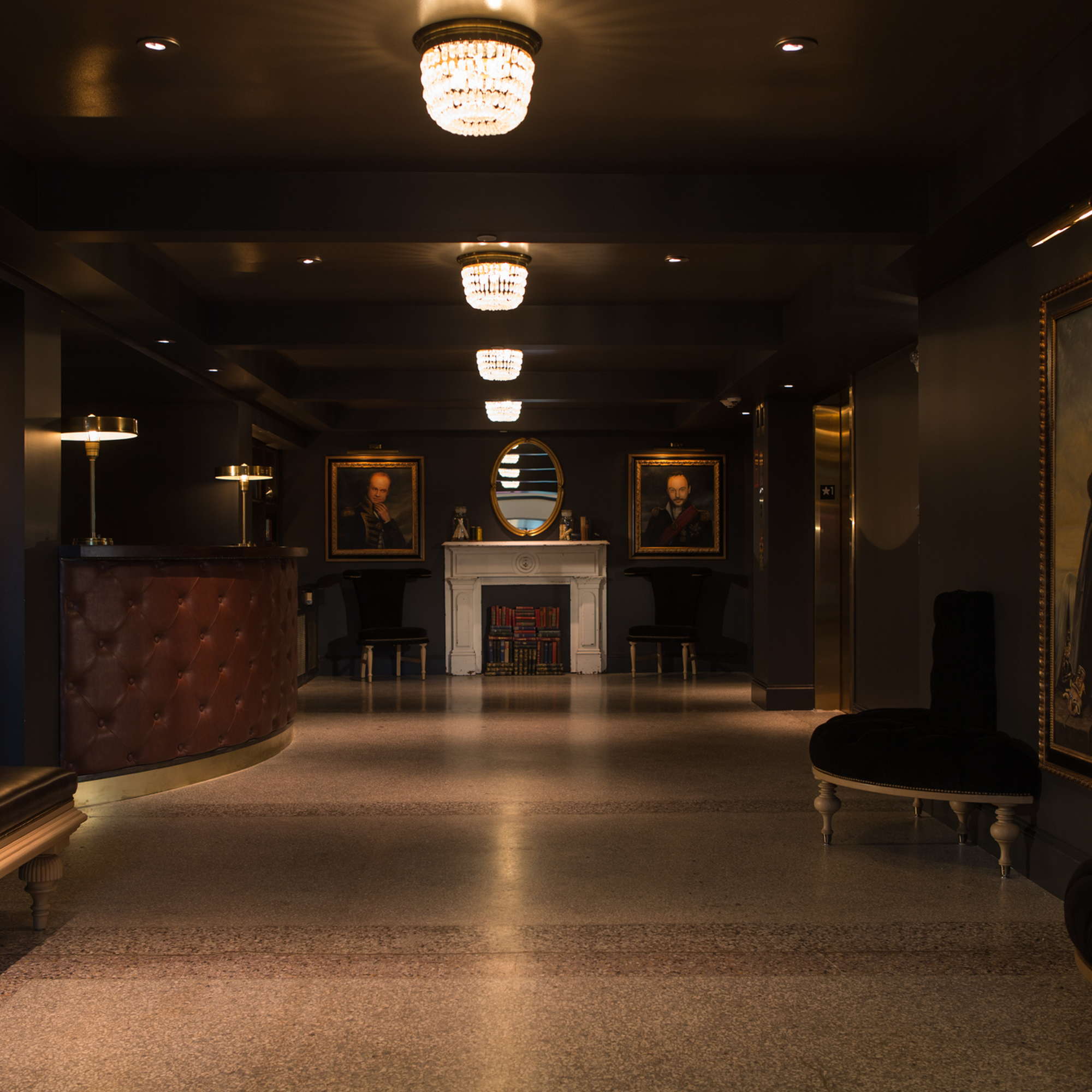 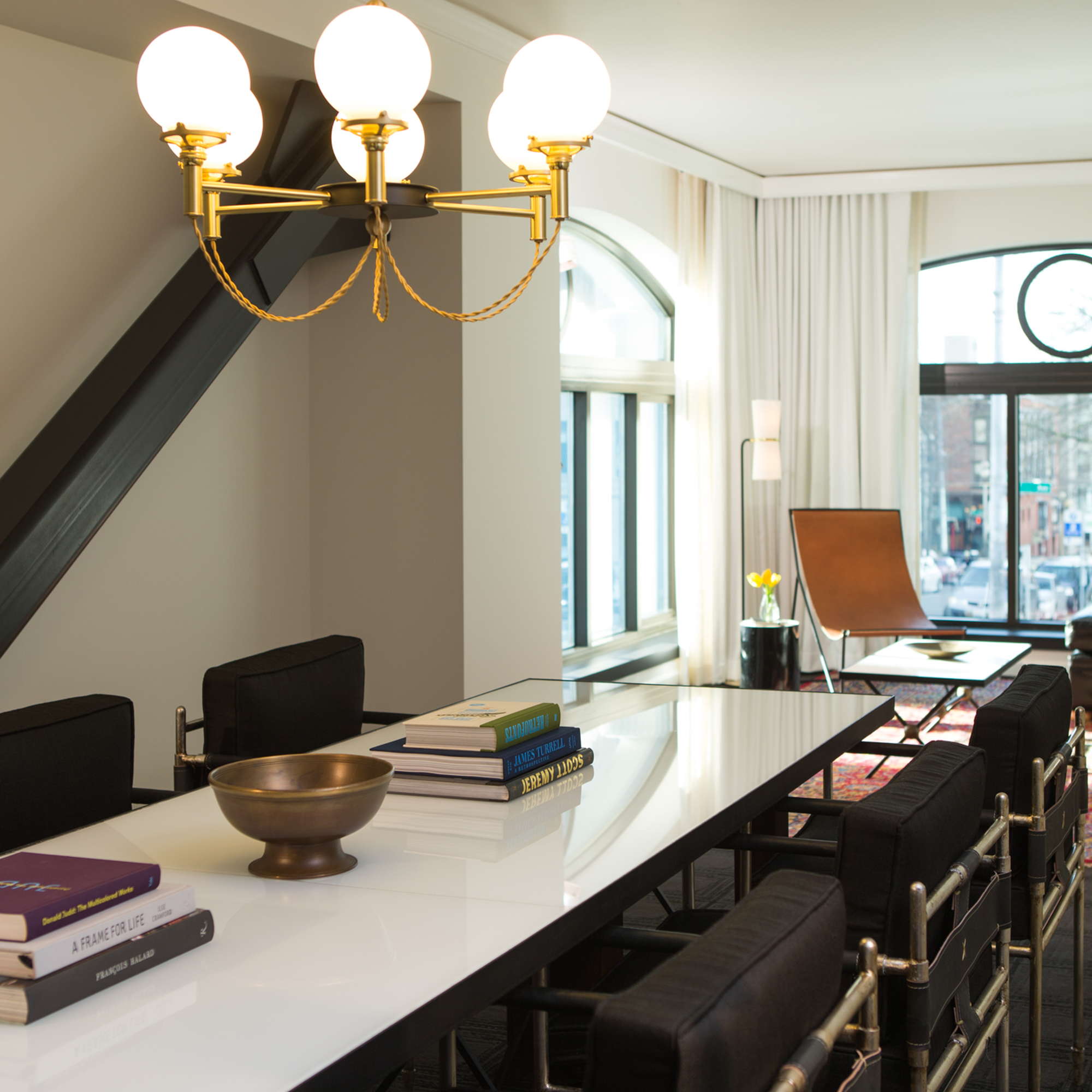 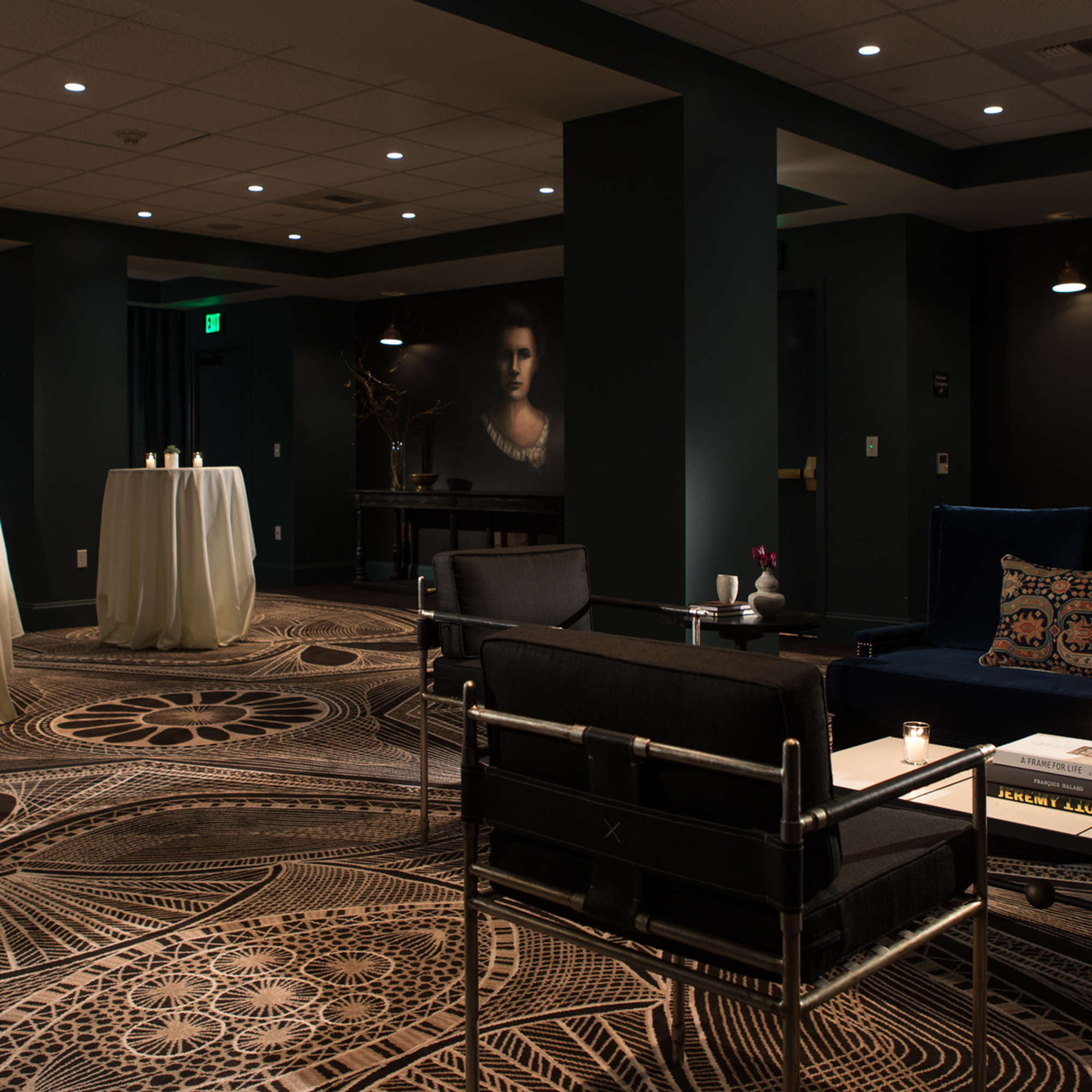 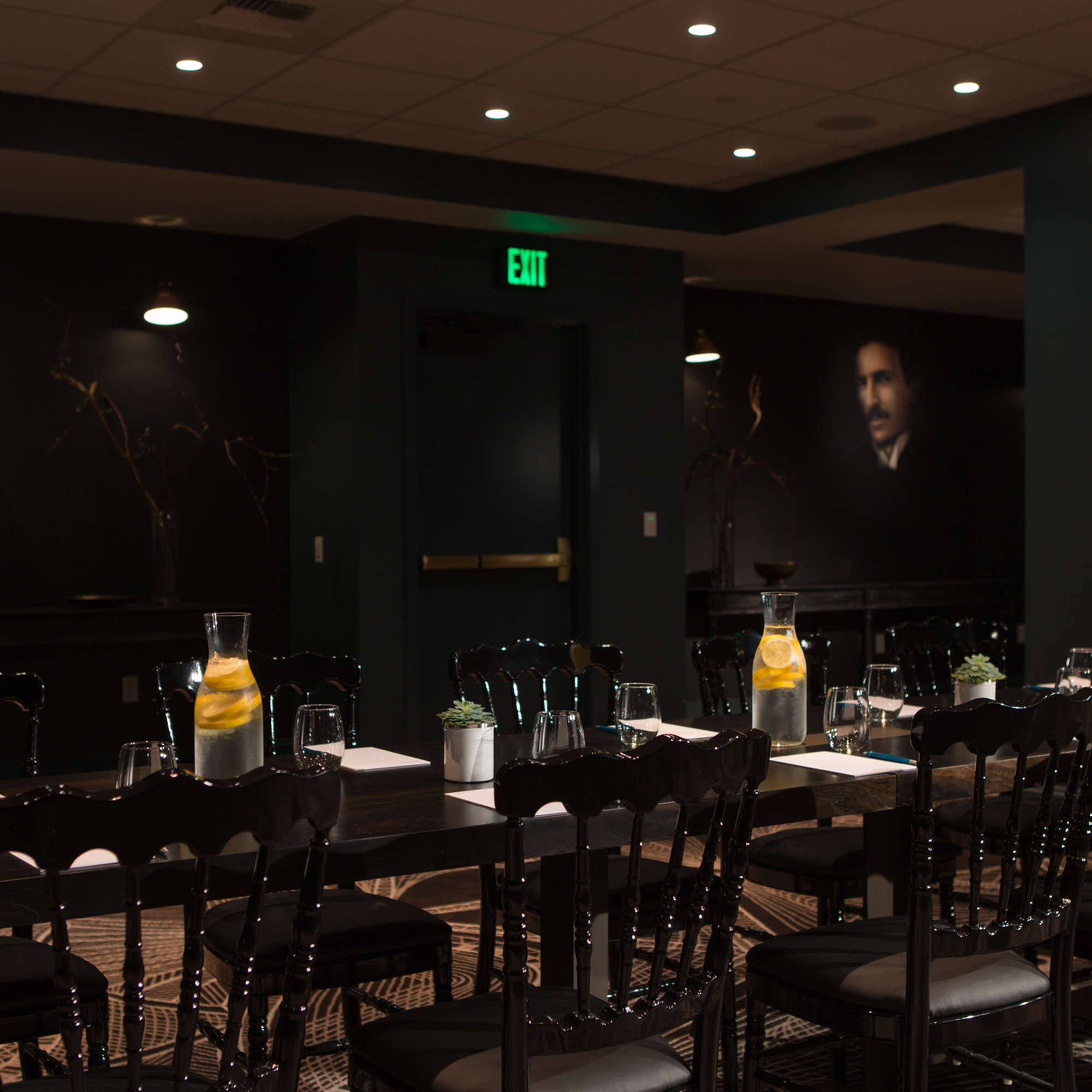