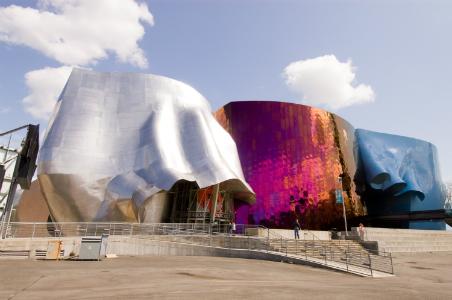 The city of Seattle has many riches to offer its residents and visitors, one of which is a vibrant musical legacy that lives on today. On any given night, on stages across town, you can hear jazz, metal, rock, and many more varieties of live performance. If you’re looking for a music-themed trip to the Emerald City, you’ll want to visit the Frank Gehry–designed EMP Museum (pictured above), The Crocodile, and these other must-visit spots.

In most people's eyes, the Tractor Tavern is the place to see live shows in the popular Ballard neighborhood. Alt-country and folk reign supreme here for the most part, and there’s music seven nights a week. Consult the calendar of events before showing up, but plan on spending between $15 to $25 for shows. Monday nights offer a bit of extra fun, as their in-house square-dancing band offers musical accompaniment for experts and beginners alike. 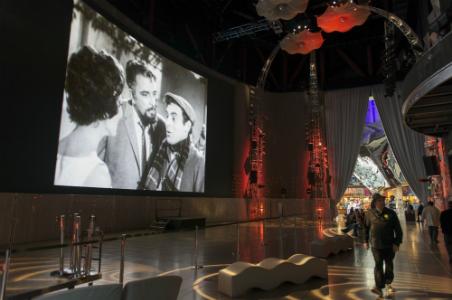 Along with a trove of items related to science fiction (Stars Wars fans, rejoice!), the EMP Museum is known for its collection of rock memorabilia, including guitars used by Jimi Hendrix, the famed winged angel from Nirvana’s Heart-Shaped Box, and much more. The two marquee exhibits for music fans are “Hear My Train A Comin’: Hendrix Hits London” (yes, Jimi’s outrageous fashions are on display) and “Nirvana: Taking Punk to the Masses.” If you’re there in February or March, stop by the Sound Off! music festival, which has jumpstarted the careers of bands like Schoolyard Heroes and Brite Futures. 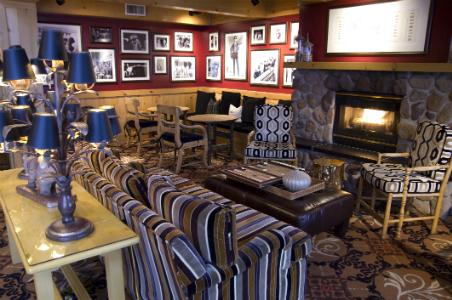 Extending several hundred feet onto Elliott Bay with fine views of the Olympic Mountains and passing ferries, The Edgewater Hotel has a history filled with links to Seattle’s musical lore. The Beatles stayed at The Edgewater soon after it opened and famously fished from their window during their stay; the hotel added cyclone fencing to protect the Fab Four from adoring fans. Since then, other well-known acts have made the hotel their headquarters, including Led Zeppelin, Frank Zappa, REM, and the Rolling Stones. 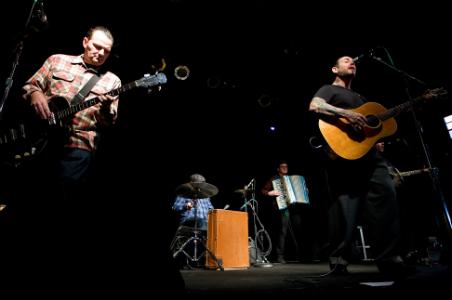 In the heart of Belltown, The Crocodile is the stuff of Seattle indie- and grunge-music legend. Starting in 1991, the music venue featured a “who’s who” assemblage of Pacific Northwest bands, including Pearl Jam, Mudhoney, Nirvana, and others who tagged along. After abruptly closing in 2007, the cafe reopened in 2009 with a new viewing balcony and a much larger stage. Today, visitors can take in shows five nights a week for $15 to $35. On Monday and Tuesday, the Liquid Courage Karaoke is not to be missed. If you’re feeling peckish, the Back Bar has a range of fine wood-fired pizzas and creatively named cocktails, such as the “Nirvana Stagedive” and the “Courtney Love.” 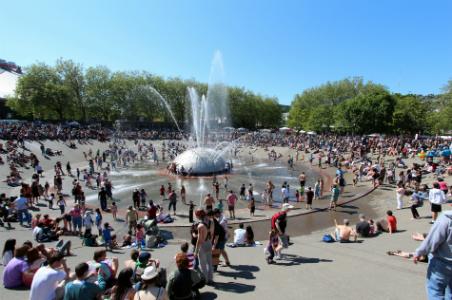 Opening as the fairgrounds for the Century 21 Exposition, the Seattle Center has been abuzz with live music since Elvis stepped on the grounds to film It Happened At the World’s Fair in 1962. In the warmer months, it’s hard to miss the music going on with the celebrated Concerts at the Mural, a summer performance series, and the bacchanalian atmosphere of Bumbershoot, which takes place over Labor Day weekend. Also, every third Thursday, Seattle’s Best Damn Happy Hour offers up giant games (Scrabble, Jenga, and more), along with specialty cocktails and a rotating list of guest DJs.

Most people agree that grunge takes top billing when it comes to the Seattle sound. The city’s thriving jazz scene produced Quincy Jones, Ernestine Anderson, and Ray Charles, among others. Since 1979, Dimitriou’s Jazz Alley has kept those jazz embers burning by presenting solid senders, such as Christian McBride, Steve Tyrell, Keith Jarrett, and John Hammond. The setting is very intimate, with all seats within 50 feet of the stage. It’s easier to get a seat close to the stage for the second show of the night, but you can’t go wrong regardless of when you go, with ticket prices ranging from $25 to $45.