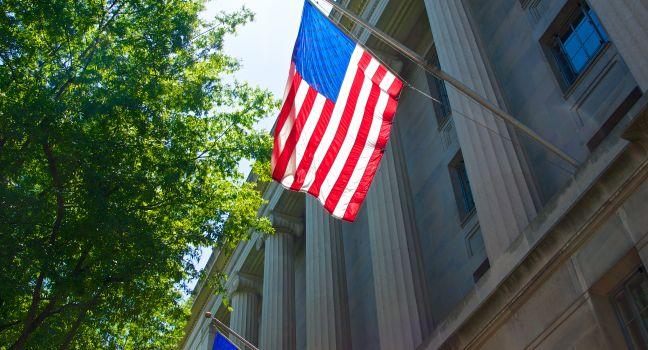 U.S. foreign policy is administered by battalions of brainy analysts in the huge Department of State building (often referred to as the State Department). All is presided over by the secretary of state, who is fourth in line for the presidency (after the vice president, speaker of the House, and president pro tempore of the Senate). On the top floor are the opulent Diplomatic Reception Rooms, decorated like the great halls of Europe and the rooms of wealthy colonial American plantations. Furnishings include a Philadelphia highboy (antique chest of drawers), a Paul Revere bowl, and the desk on which the Treaty of Paris, which ended the Revolutionary War, was signed in 1783. To visit the reception rooms, register online for a tour three months in advance. The tours are recommended for visitors 13 years and older.