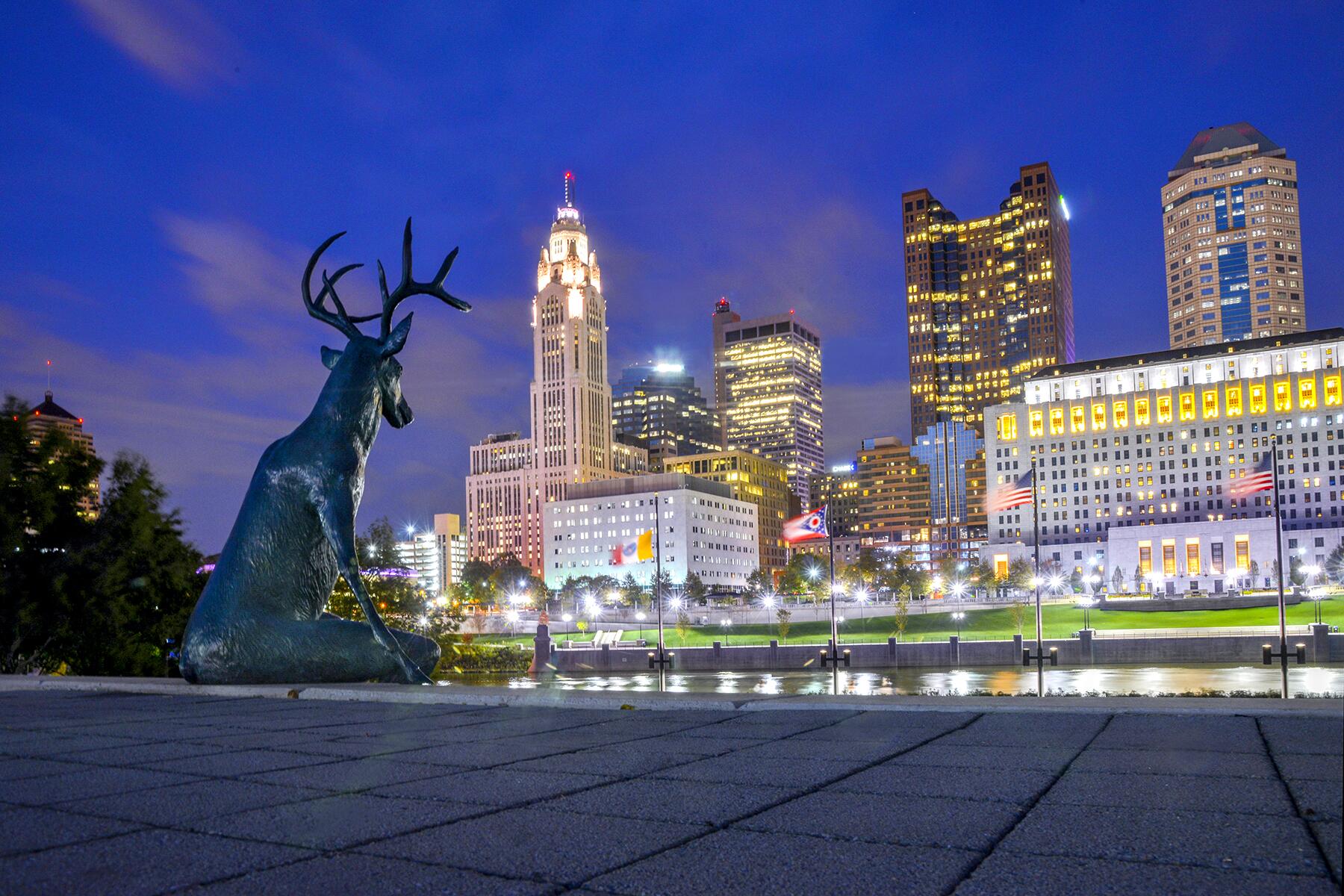 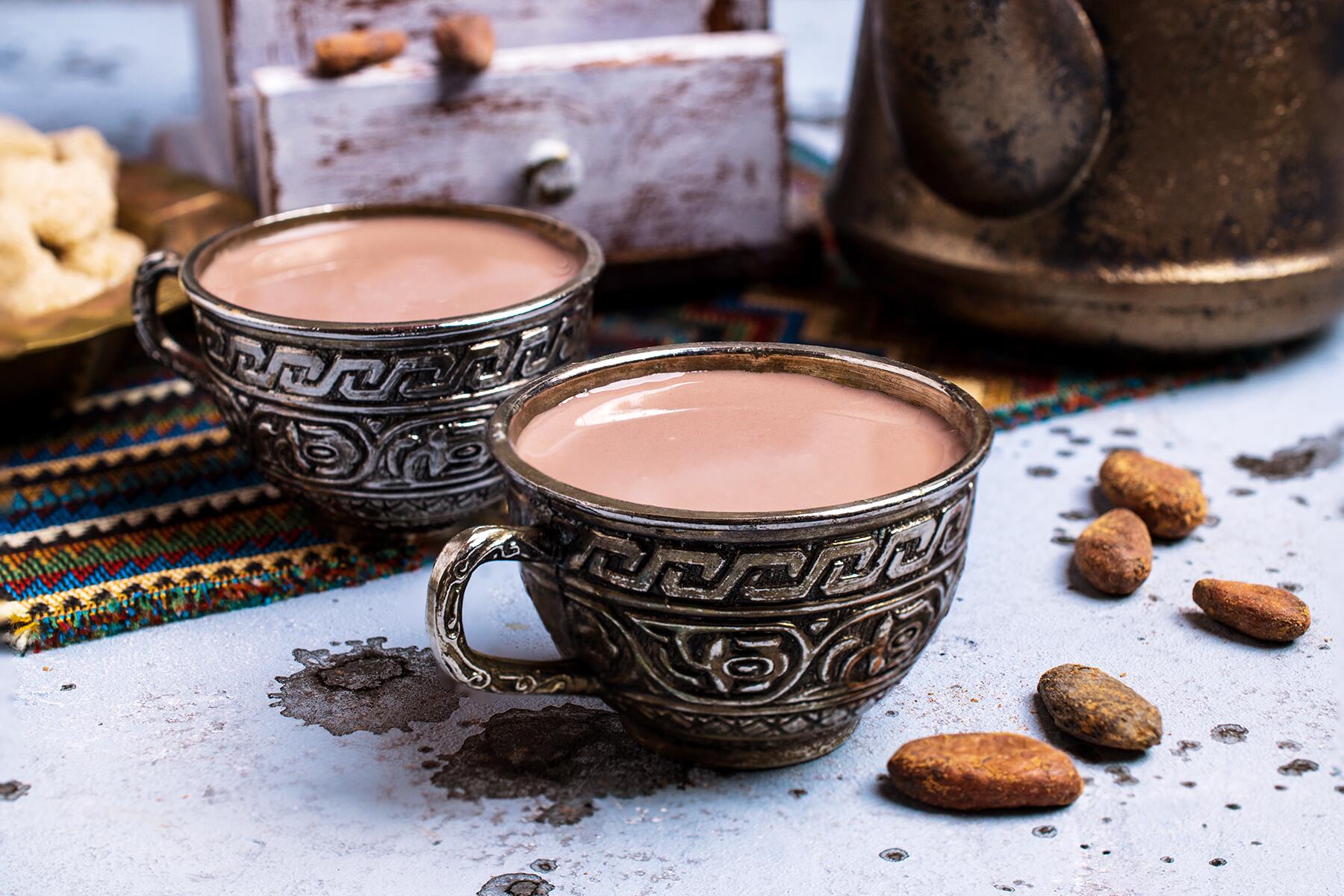 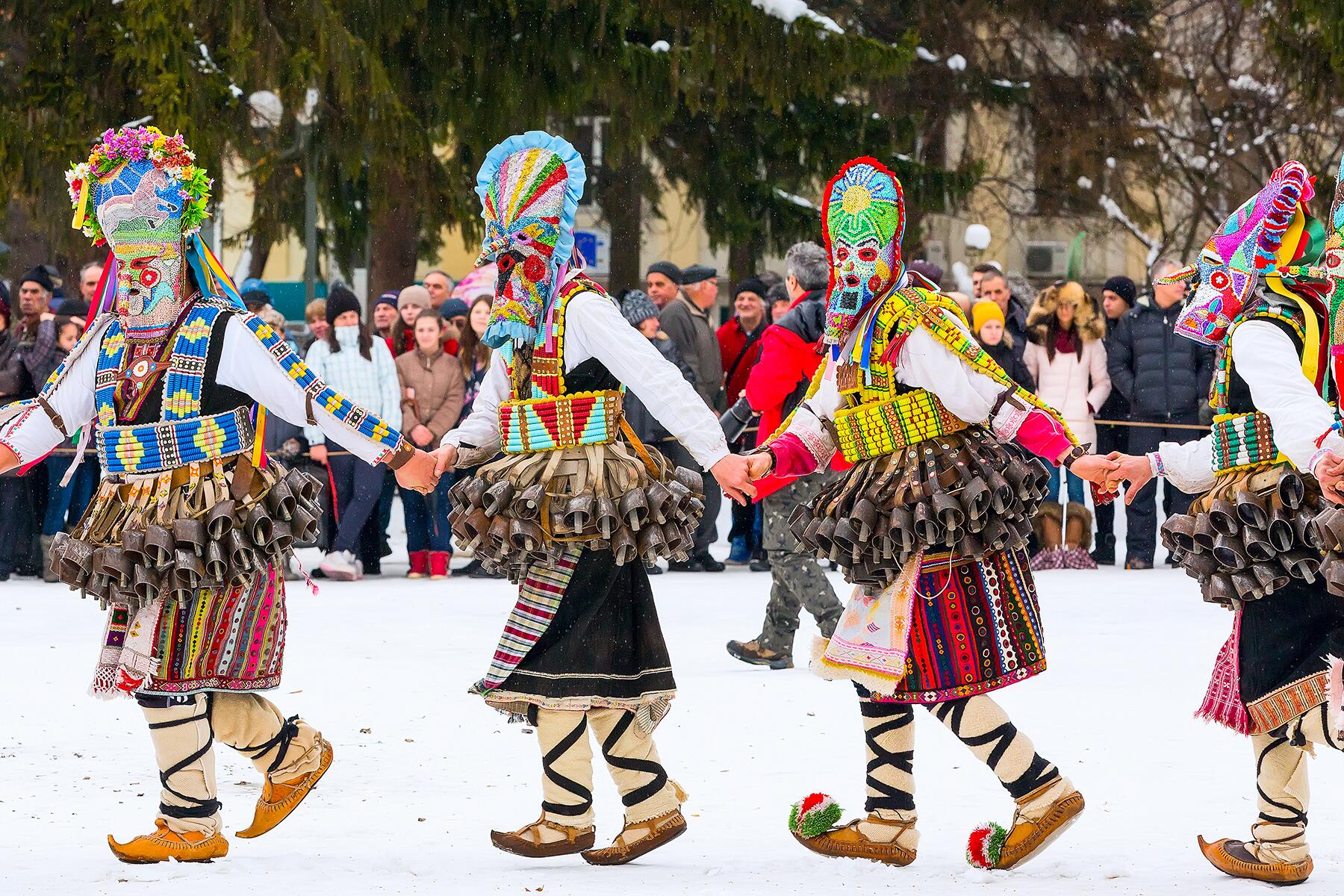 Get to know the man beyond the musical in D.C.

Even if you haven’t scored tickets for the Kennedy Center’s long-awaited debut of the hit musical Hamilton in the capital city, there are plenty of Alexander Hamilton-inspired events to partake in the hullabaloo. The man was, after all, a D.C.-area denizen, leaving behind all kinds of trappings relating to his life and times. As Hamilton himself says: “What are you waiting for? What do stall for?” 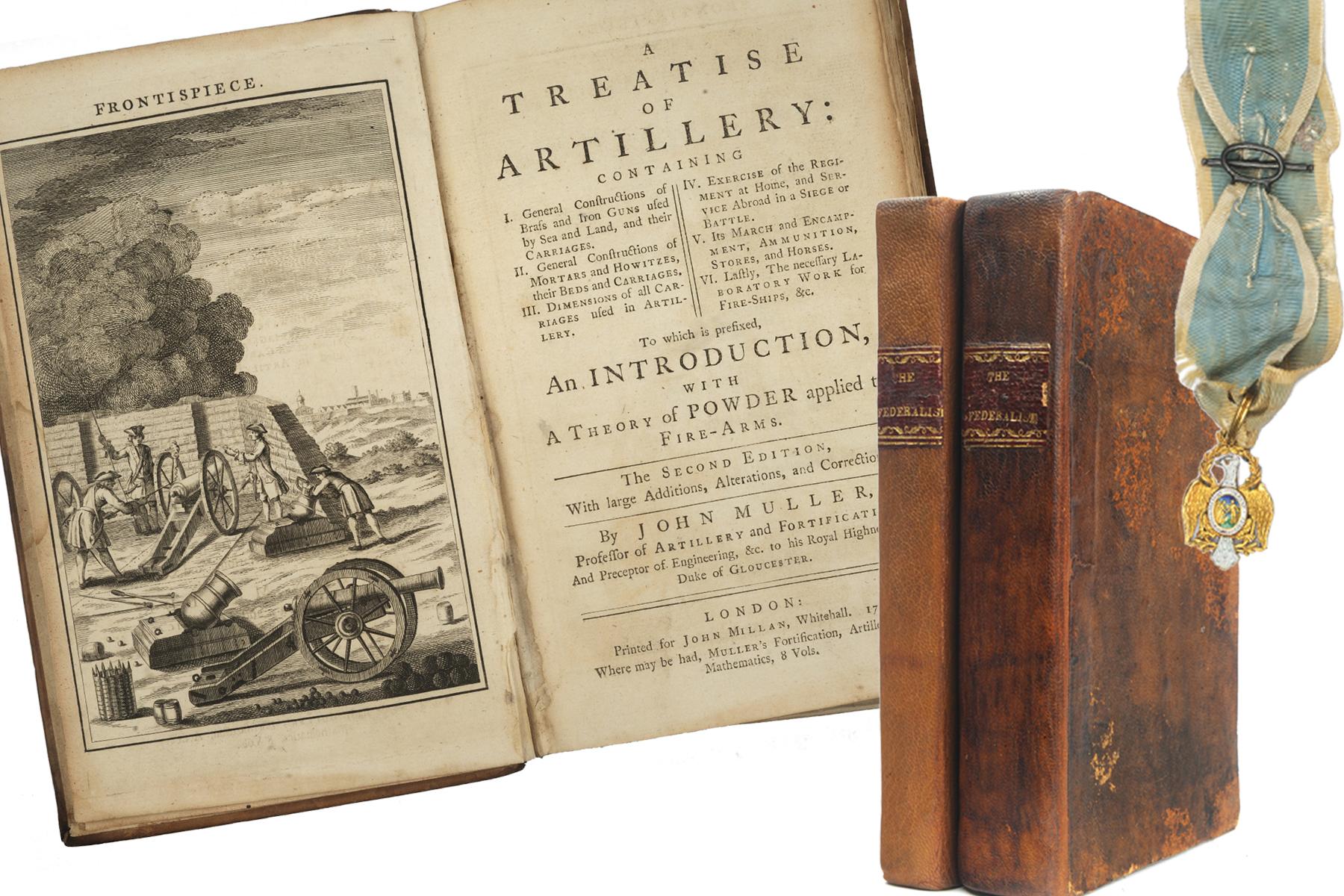 PHOTO: Courtesy of The Society of the Cincinnati
1 OF 10

WHERE: American Revolution Institute of the Society of the Cincinnati

Did you know there’s a society that preserves the history of the American Revolution? George Washington himself was the first president general, and—you guessed it—Alexander Hamilton was the second. It’s housed in a Gilded Age mansion off Dupont Circle, which today is filled with opulent treasures mixed in with Society artifacts. This summer, the Society is showcasing Hamilton-related items spotlighting his career as a young soldier in the Revolutionary War (among his gigs was serving as Washington’s aide-de-camp): rare books, manuscripts, artworks, and personal artifacts belonging to Hamilton and his wife, Elizabeth Schuyler Hamilton, among them. The show runs through September 16, 2018.

INSIDER TIPThe Society is also hosting special Hamilton lectures and tours throughout the summer, including Vintage Evening on July 19, toasting Hamilton with spirits he would have known; and Celebrate Independence on July 2, featuring music he would have known. 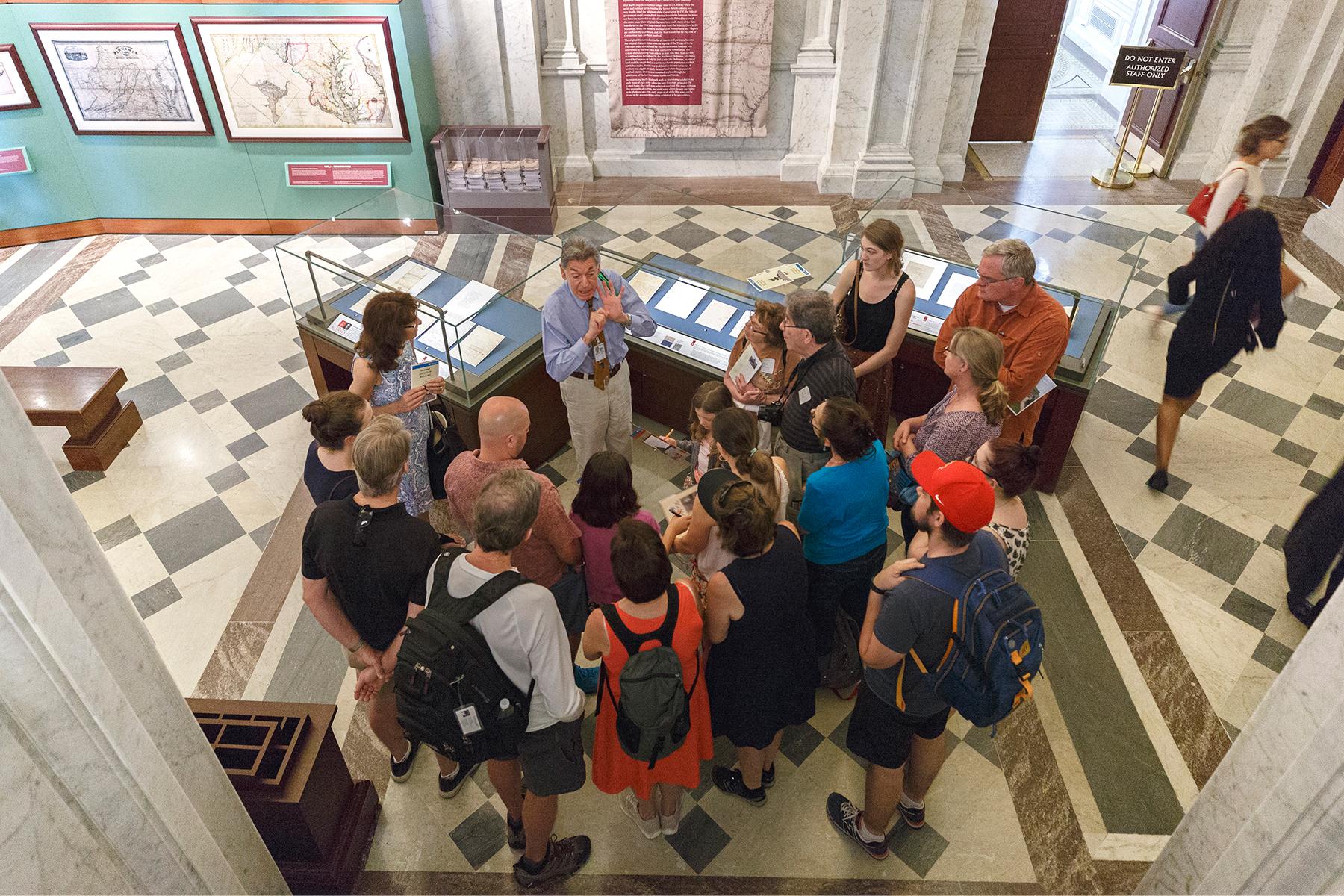 WHERE: Library of Congress

As the world’s largest library, it makes sense that it would have the world’s largest collection of Hamilton papers (12,000 items, to be exact). Hamilton-the-musical lovers will appreciate the fact that researchers have meticulously curated 10 documents with connections to songs from the musical. In the “Letters to Lyrics: Alexander Hamilton” exhibit, there are letters from Hamilton to the Schuyler sisters (including his wife), a letter he wrote to the Marquis de Lafayette reporting on the Battle of Yorktown, even a goodbye letter to his wife, written just before his fatal duel. The exhibit runs through August 21, 2018. 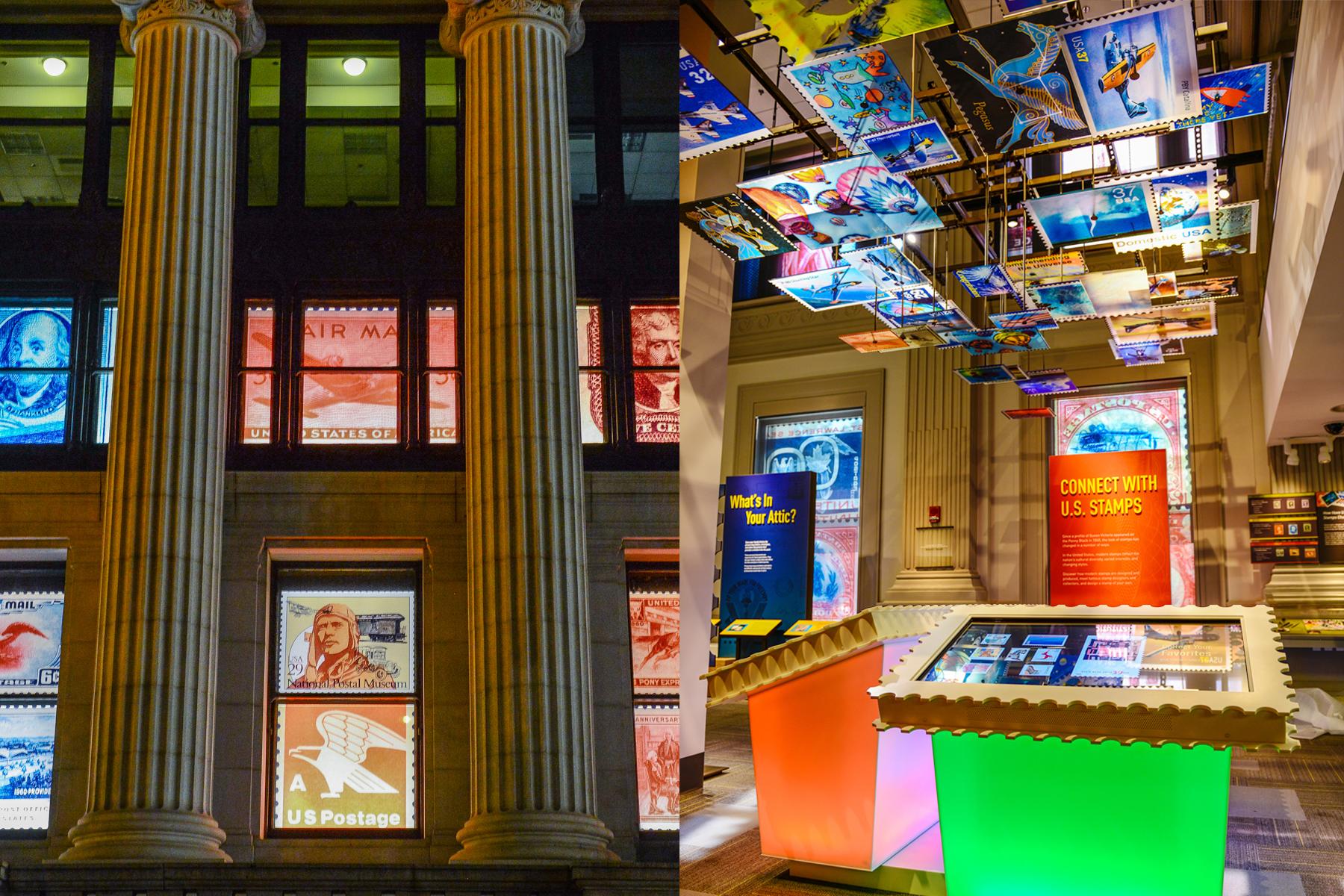 It’s not every day you get to see the original flintlock dueling pistols that heralded the end of Hamilton in the famous 1804 duel. But odd as it may seem, the National Postal Museum has them until June 24. What’s the connection? Hamilton wrote a legal opinion that supported the Postmaster General in 1786 to help lay down the law with private stagecoach mail delivery contractors who were slacking on the job. Also on display: portraits, postage stamps, mail, and other items relating to his life and career. Pistols are on show until June 24, 2018. 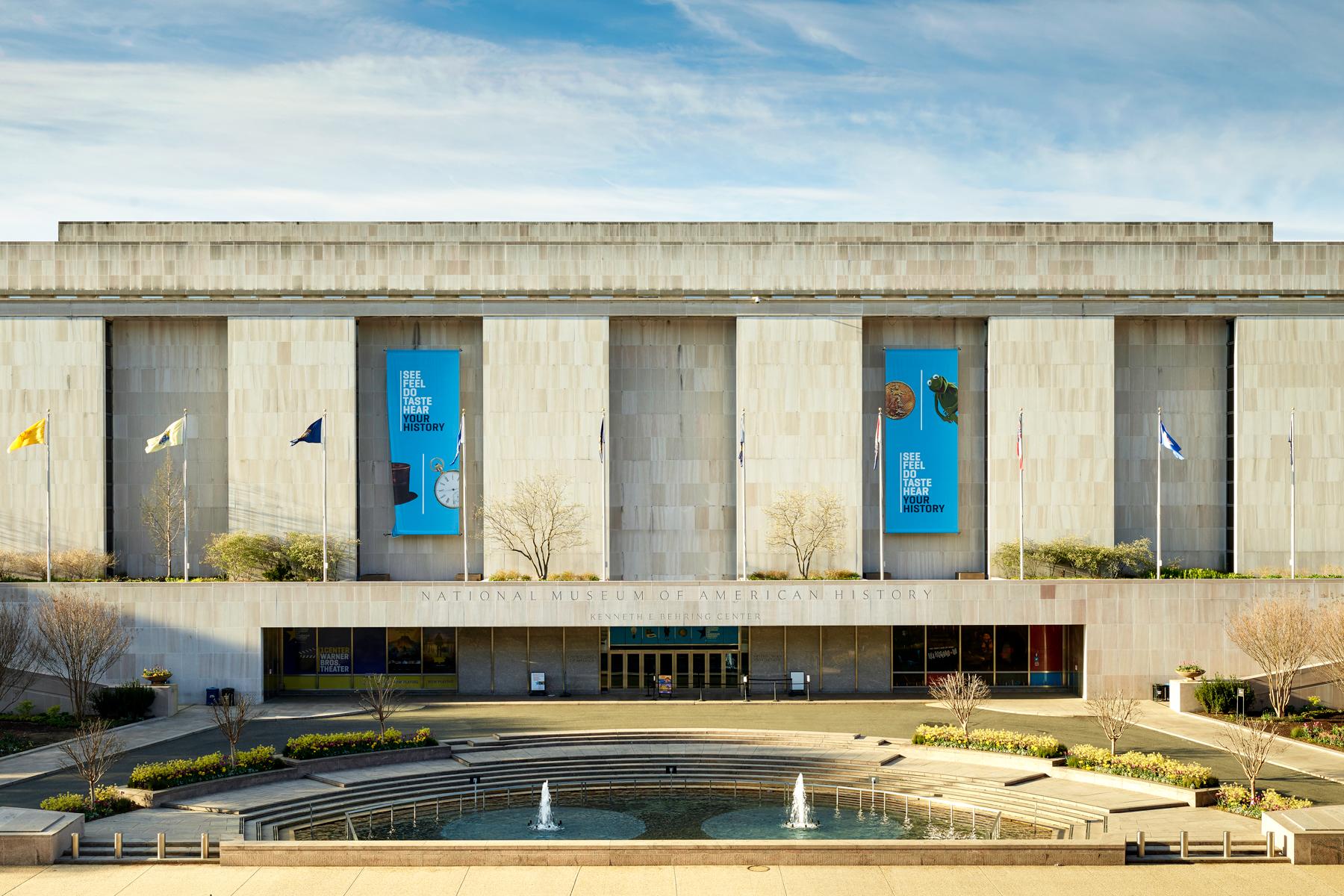 PHOTO: Courtesy of the National Museum of American History
4 OF 10

WHERE: National Museum of American History

In the musical, Elizabeth Hamilton sings “Who Lives, Who Dies, Who Tells Your Story.” In her case, the Orphan Asylum Society of the City of New York, which she founded in 1806 and exists to this day (as Graham Windham), is her legacy. When the Hamilton cast discovered this connection, they committed their support—crossing the fine line between art and reality. In recognition of this connection and as part of its “Giving in America” exhibition, the National Museum of American History is displaying the flamboyant green silk costume worn by Lin-Manuel Miranda on the Broadway stage, and a rarely seen mid-19th-century oil portrait of his wife, Elizabeth.

INSIDER TIPHamilton is also represented in the museum’s “The American Revolution: A World War” exhibition, on display through July 9, 2019. Here’s an obvious one—Alexander Hamilton’s squiggle on the right side of the last page of the U.S. Constitution, one of the sacred documents showcased in the hushed rotunda of the National Archives. Interesting enough, Hamilton is one of the few Founding Fathers who did not sign the neighboring Declaration of Independence; at the time of its signing, he was a 19-year-old soldier with the Continental Army, serving in NYC. The National Archives will also prominently display personal records including his “Statement of My Property and Debts, with Remarks.” 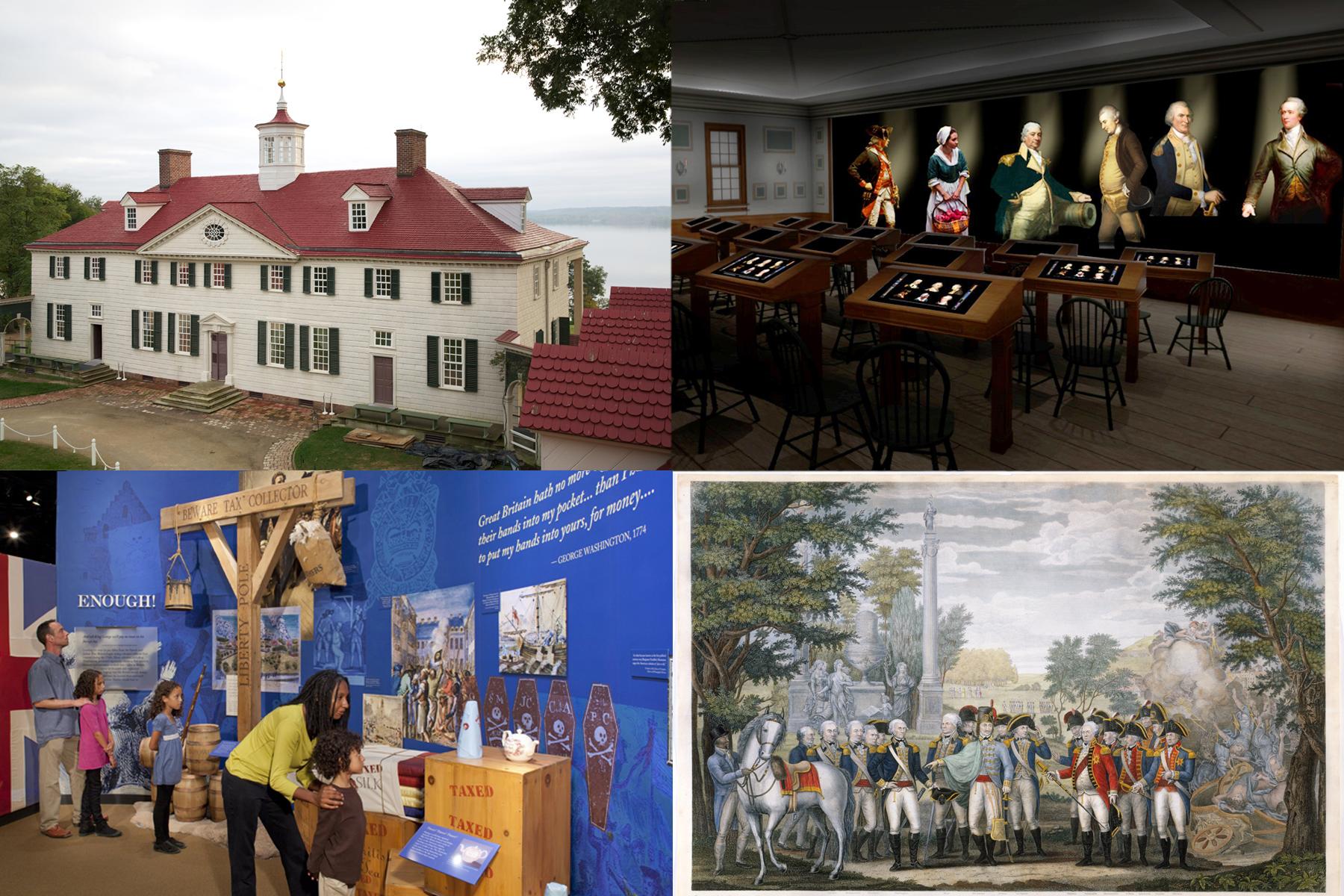 If you didn’t have the chance to see Chris Jackson (the original George Washington in Hamilton) on Broadway, you can see him at Mount Vernon, where he narrates a new interactive, first-person exhibit, “Be Washington: It’s Your Turn to Lead.” And see Hamilton himself in action (well, an actor, anyway) as he advises Washington at key moments in history. Mount Vernon also has Hamilton’s personal effects on display in its Donald W. Reynolds Museum and Education Center, including an engraving of him standing beside Washington at the British surrender at Yorktown; a letter from Washington, in Hamilton’s writing (he served as Washington’s aide during the Revolutionary War and drafted much of his correspondence); and a condolence letter to Martha Washington from Hamilton after her husband’s death. 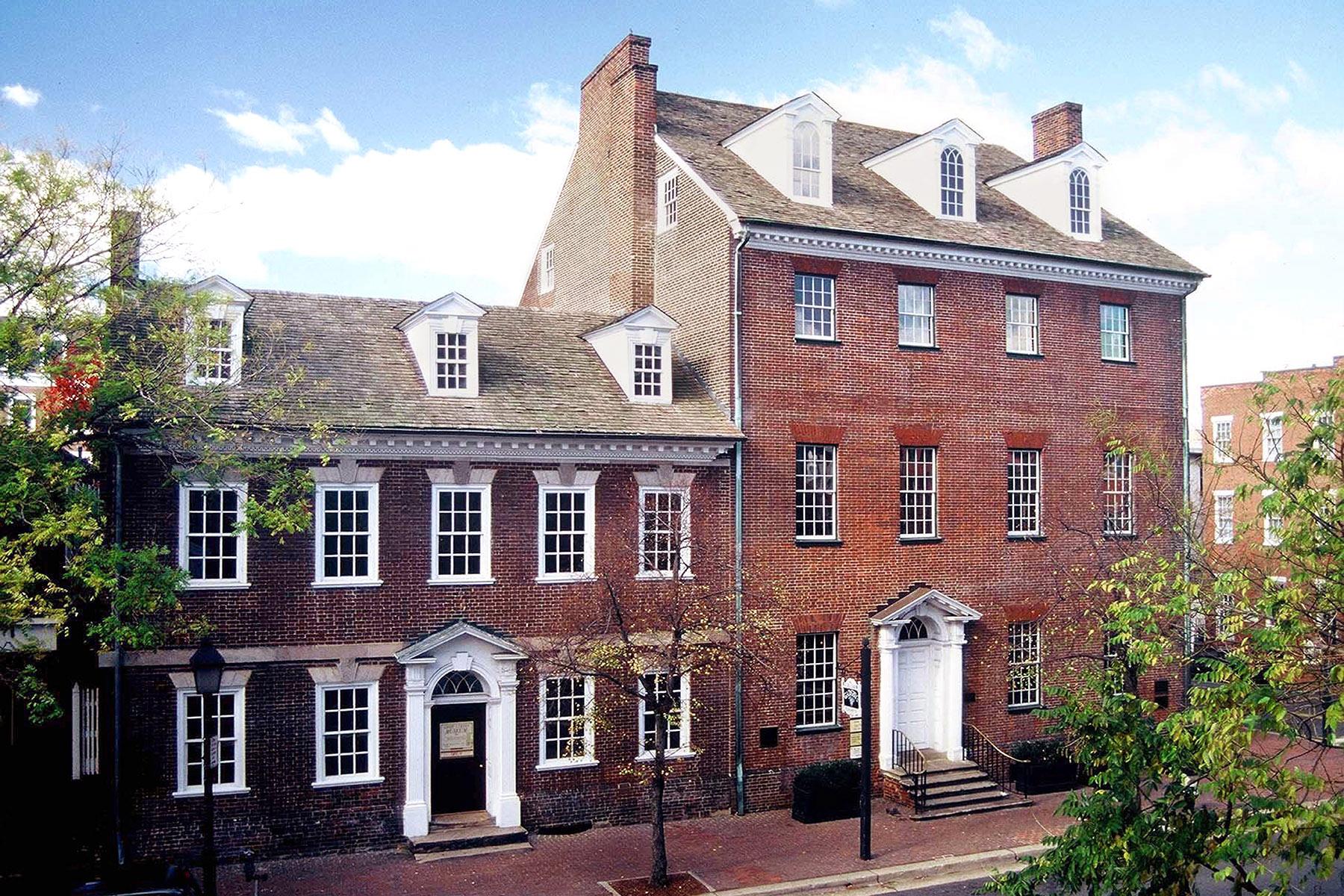 WHERE: Gadsby’s Tavern in Alexandria, Virginia

Back in the day, Hamilton’s pals—Madison, Jefferson, Washington, Lafayette, even Burr among them—hung out at this Federal tavern, chatting about the politics at hand while sipping Madeira or rum. The historic watering hole retains its post-revolutionary aura, made all the more poignant with special Hamilton-related events slated throughout the summer. The “Hamilton’s BFF & Frenemies” tour shares tales of early America and how these stories intertwined to start a new nation; while one-offs include an 18th-century gaming night on July 27; and a homegrown Cards Against Humanity: Tavern Edition. 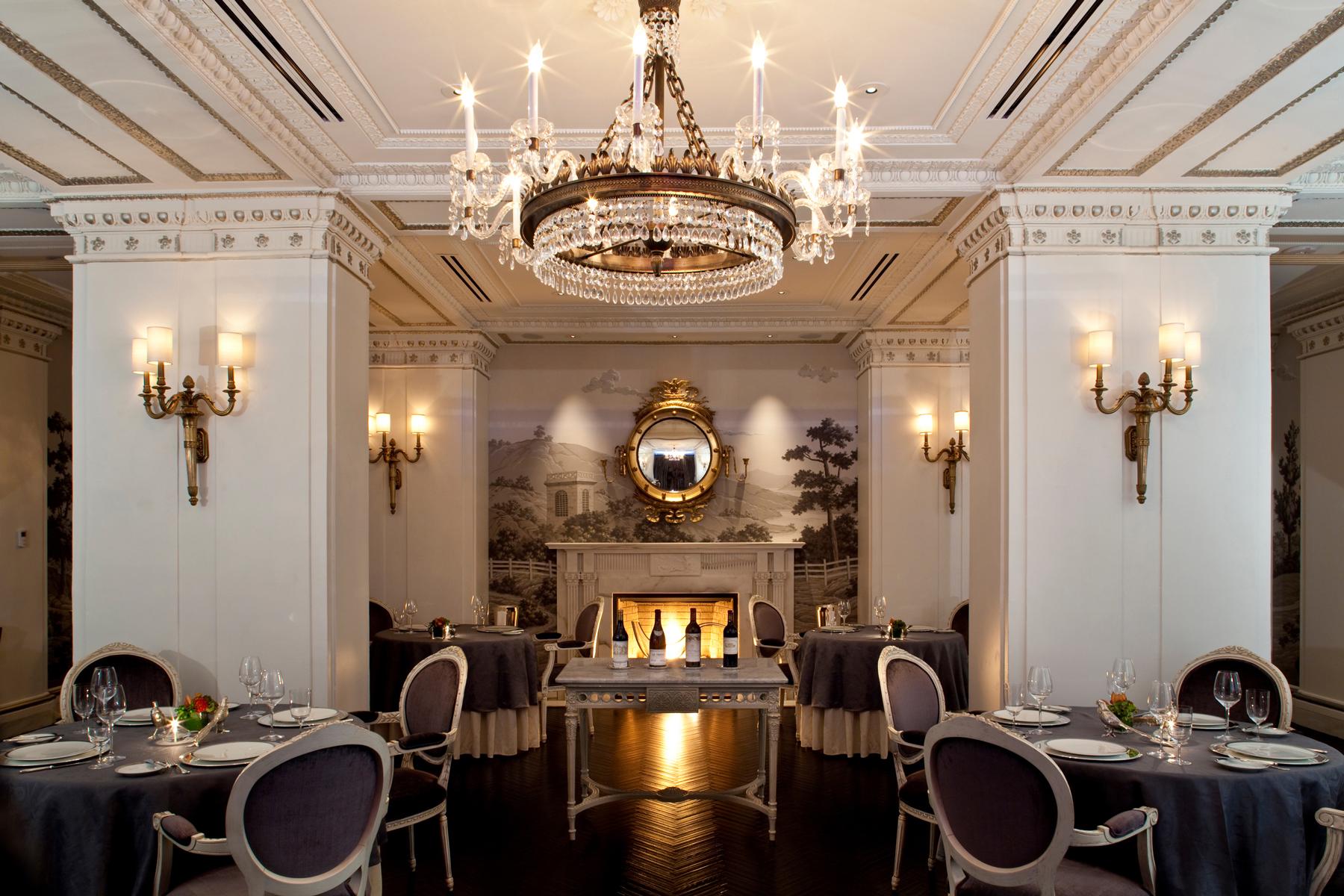 Feud of the Founding Fathers

This boutique hotel in the heart of D.C. is all about Thomas Jefferson: The Michelin-starred Plume restaurant showcases a Jefferson-inspired seasonal menu; a map in the bar highlights his European wine journeys; and Jeffersonian motifs and signed documents abound throughout. But the hotel is taking it up a notch with the D.C. debut of Hamilton, a show celebrating Jefferson’s chief rival. So, naturally, its fun events, offered throughout summer, include a Jefferson vs. Hamilton culinary experience in Plume; rival cocktails at Quill, the hotel’s luxe bar; and Saturday talks by in-house historian and former Georgetown University professor Susan Sullivan Lagon. Guests can also embark on an urban-immersion, self-guided walking tour of Jefferson or Hamilton landmarks.

INSIDER TIPThe hotel is offering a three-nights-for-two special through September 16, 2018. 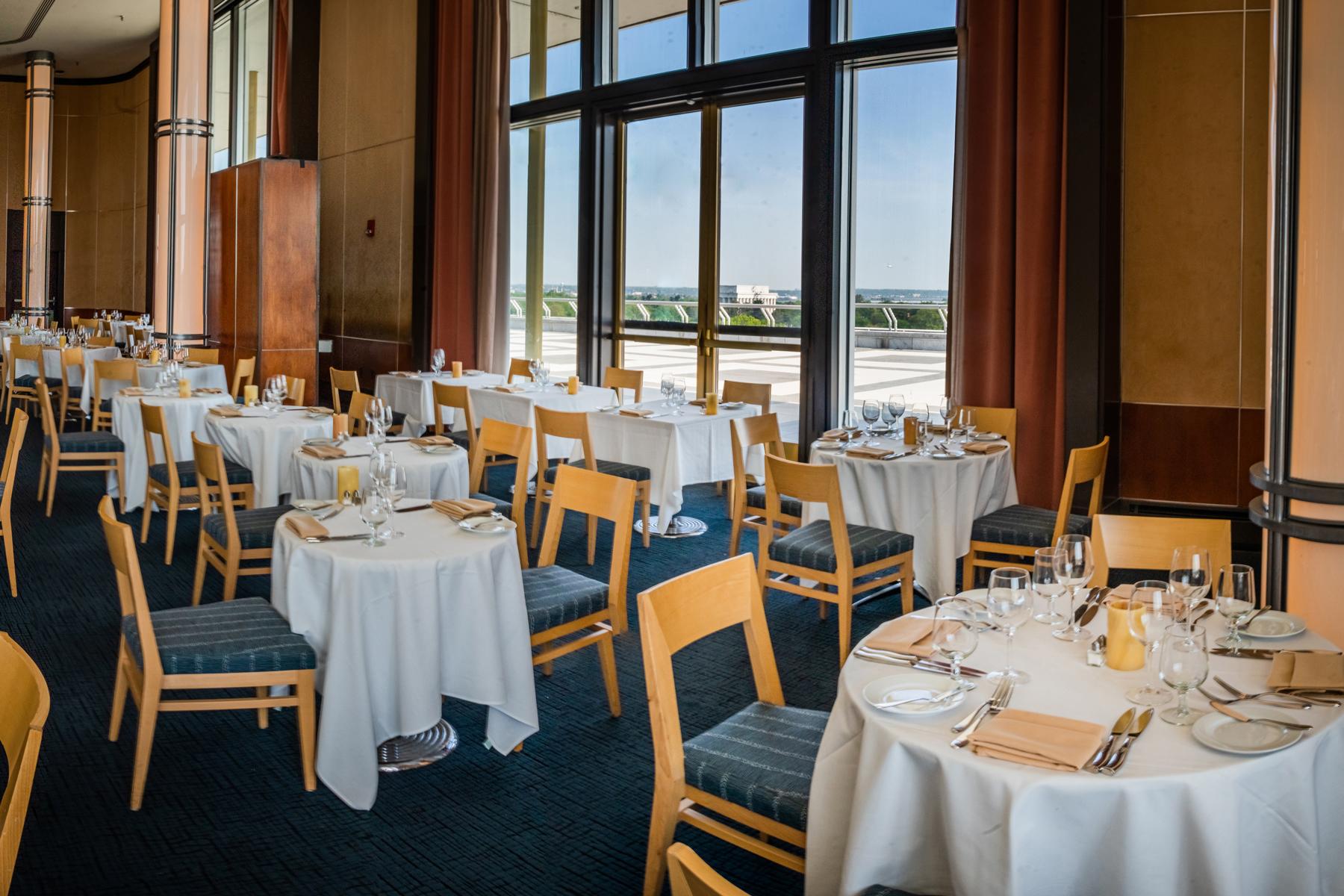 Even if you missed out on Hamilton tickets, you can still enjoy the special “Ten Dollar Menu” at the Kennedy Center’s Roof Terrace Restaurant. Highlights include the “Raise the Glass to Freedom” beer cocktail (Port City porter, Captain Morgan spiced rum, lime, and brown sugar), giving a nod to Hamilton’s Colonial-Caribbean background; and Chocolate Crunch Choux Puff with vanilla ice cream, Hamilton’s favorite dessert when dining at Jefferson’s Monticello. 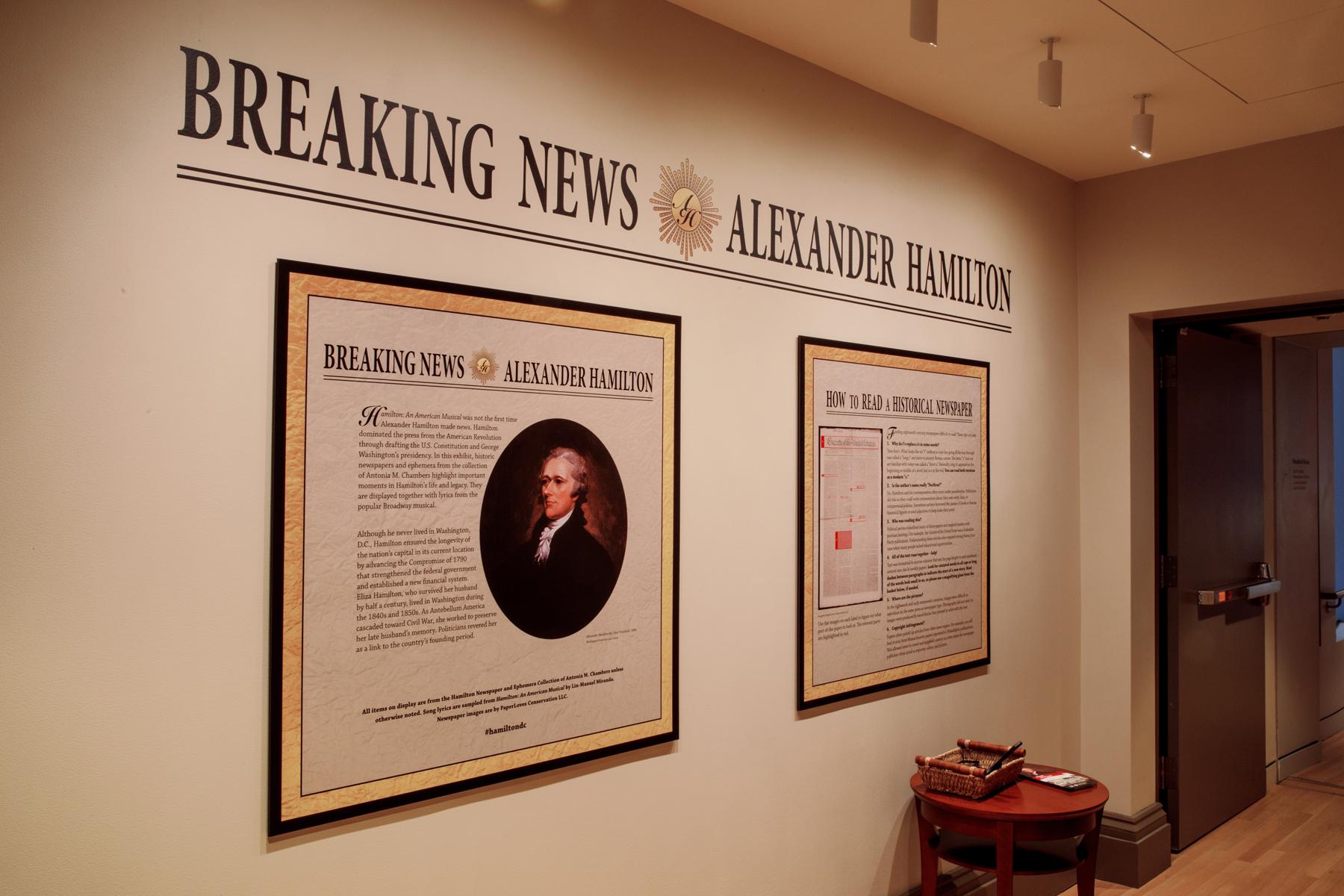 Go to the primary source to hear about Hamilton’s life and times at the “Breaking News: Alexander Hamilton,” exhibit, displaying 18 newspapers and pamphlets published during his life. You can read about his plans for a National Bank, his role in locating D.C. on the Potomac River, his deathbed report and funeral details following his death by duel, and a short story celebrating the accomplishments of his widow, Eliza—including the founding of an orphanage and raising funds for D.C.’s Washington National Monument. And if it’s the musical you’re after, don’t despair—there’s an iPad in the corner playing a medley of relevant songs. The exhibit is on display through September 9, 2018.