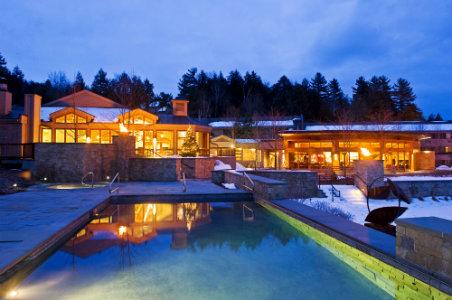 Let it Stowe, let it Stowe, let it Stowe. This Vermont town has long been a favorite ski destination in the Northeast, but its appeal lies beyond just the slopes. The village is postcard perfect, thanks to its church steeples and covered bridges, set against the backdrop of the Green Mountains. But there is plenty to do even for non-skiers, such as sleigh rides, snow tubing, and stocking up on made-in-Vermont goods like maple syrup and cider donuts. There's even more to love this ski season, thanks to an influx of new restaurants, spruced-up hotels, and millions of dollars of improvements on the slopes.

Ski hotel décor can quickly look tired and clichéd, so if you prefer something more modern, check into the newly renovated Topnotch Resort. Thanks to a recent $15 million renovation, the resort has a new lobby and restaurant plus upgraded rooms. It's arguably the most luxurious place to stay in Stowe. The overall look is contemporary rustic, thanks to the use of natural materials like slate and wood, with plenty of floor-to-ceiling windows to take in the views of Mt. Mansfield. 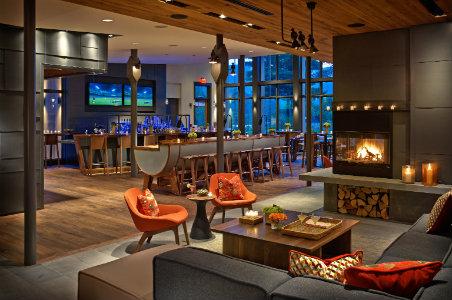 Topnotch has two new restaurants, including The Roost on the lobby level, where the bar is a perfect place for an après-ski drink. Before you hit the slopes, have breakfast at the new Flannel restaurant and fuel up with the Vermonter: a plate of eggs, bacon and toast, or a stack of thick buttermilk pancakes served with Vermont maple syrup, of course; be sure to order a side of maple sausage as well. Guest rooms have a streamlined but warm look, with contemporary furniture and spacious bathrooms. While most visitors will spend their time on the slopes, there’s plenty to do at Topnotch, including sleigh rides, spa treatments, and cross-country ski trails.

Stowe's dining scene is all about enjoying comfort food in a casual setting. It’s completely acceptable to show up in a fleece and snow boots, and most places are kid-friendly. Make a reservation for a hibachi grill at the new Sushi Yoshi, located just down the road from Topnotch. The chefs ham it up as they cook your food, coaxing big flames out of the grill and amusing kids by throwing them bits of food to see if they can catch them in their mouths. Try the steak and scallop hibachi combo or the shrimp. There’s also a full sushi menu and plenty of beers on tap. The new Bender’s Burritos (1800 Mountain Road, Stowe, 802/760-6119) has only a handful of tables, but the menu goes beyond the basics wit chorizo tacos, quesadillas, and fried-chicken burritos. Beer is available on tap, including locally made Vermont Shed. 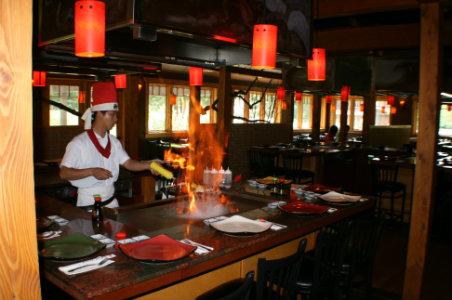 The Vermont Ale House (294 Mountain Road, Stowe, 802/253-6253), which opened last year, has plenty of craft beers on tap and also stocks the hard-to-find, cult favorite Heady Topper beer. This 8% IPA is only sold in Vermont and sells out quickly since being named the best beer in the world by Beer Advocate in 2013. The Ale House has a fun, casual atmosphere with scuffed wide-plank floors and chalkboard-topped tables. Some of the best bets are wings, cheeseburgers, and flatbreads topped with bacon, apple, and cheddar cheese. If you’re not a beer drinker, there’s also an extensive cocktail list, which includes the Rumors and Lies, a blend of Green Mountain Organic Gin, fresh lemon, egg white, bitters, and flamed orange peel. If you’re craving a true Alpine meal, head to new Swiss Fondue by Heinz. This small restaurant, complete with red checked tablecloths, features traditional raclette, fondue, and both sweet and savory crepes. Reservations are essential.

Like many cities in the US, the craft-liquor boom has found its way to Stowe. Although apple cider (the non-alcoholic stuff) has been available for years at the popular Cold Hollow Cider Mill, a few enterprising locals are now turning their hand to the stronger stuff. Opened in August 2013, Stowe Cider is the brainchild of the husband-and-wife team of Stefan and Mary Windler, who produce small-batch hard-cider that is unfiltered and preservative-free. 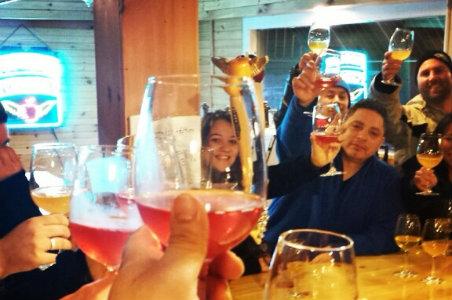 Visitors can taste a flight of ciders on tap, which may include their flagship New England farmhouse-style cider or seasonal flavors such as cranberry or blueberry. Ciders are available to take home in growlers or smaller “growlettes.” The Crop Bistro & Brewery started brewing beer about a year ago and has more than 10 selections on tap, from IPAs to lagers. Meanwhile, the Trapp Family Lodge, know for its lagers, is busy building a new 45,000-square-foot brewery that is scheduled to open in September.

Looking for activities beyond the slopes? Consider tying on some skates. The new Stowe Arena, an indoor hockey rink, offers public skating and will also host hockey tournaments. Stowe will be hosting the USSA Cross-Country Junior National Championships  (March 1-8). If you’re feeling inspired after watching the races, strap on your own skis and head off to explore Stowe’s extensive cross-country skiing trail network. Visit gostowe.com for more information about winter activities. 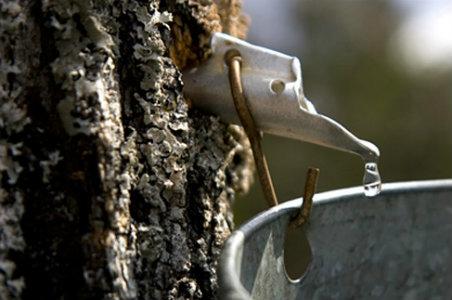 Also new this year is Cady Hill Forest, a 320-acre wooded area that was purchased by Stowe residents and the Stowe Land Trust last year; it offers public land for hiking or snowshoeing. Vermont is famous for its maple syrup: To learn more about it—and sample the good stuff—mark your calendars for the Vermont Maple Sugar Makers Association's Open House Weekend (March 22-23). Visitors can stop by family-run maple sugar houses to watch maple syrup being made and learn more about the process. Stowe-based Nebraska Knoll Sugar Farm is one of the participating houses.

A ski resort is all about the snow, and although Stowe receives an average of 300 inches of snow per ski season, the more, the better. The resort has spent $8 million investing in its snowmaking facilities over the past two years. Improvements include the creation of a 116-million-gallon water storage area, named Peregrine Lake, as well as New England’s first and only fully automated snowmaking system on Spruce Peak. For skiers and snowboarders, this translates into better early-season terrain and better overall snow quality. Looking good on the slopes, though, is still entirely up to you.