If you don’t know it, if you haven’t read I Love Dick or don’t know John Chamberlain, the best way to think about Marfa, Texas is as the world’s most famous after party: where the coolest kids head after the high rent, traffic, and scene of their respective big cities feels over to create their own vibe: a chilled out, one-horse artists’ enclave where the cowgirls wear Gentle Monster, there’s an Andy Warhol artist’s studio, and community yoga. And if that sounds like your vibe too, then you should definitely be at Marfa Myths because everyone you want to know is already here and they’ll be glad you came.

Late last month, the sixth annual Marfa Myths—a music and art festival put on by Mexican Summer and Ballroom Marfa—descended on Marfa, Texas, population 1,700. The lineup? All of the cool, mostly underground artists that one friend wows everyone with at every after party. You’d be kind of jealous if she weren’t so awesome. At Marfa Myths, that awesome friend is Mexican Summer, an independent record label that’s help change the face of indie music that Vice once appropriately called “a lifestyle brand, fertilized solely by vibes.”

Those cool, moody, eclectic bands play against a backdrop of Marfa’s coolest spots: Khruangbin, a band that labels itself Thai funk, Persian rock, Algerian symphonia, and Balearic blew everyone’s minds with deeply funky, prog covers of Prince under the chandelier of Ballroom Marfa; two sexagenarians in tracksuits rapped in the backyard of a rustic bar run by the lanky, handsome one-eyed cowboy Sam Neill wishes he was; Makaya McCraven performed the miracle of playing jazz I actually like steps from the Instagrammable teepees of El Cosmico, an adorably quirky camping ground that Beyoncé stayed when she was here. 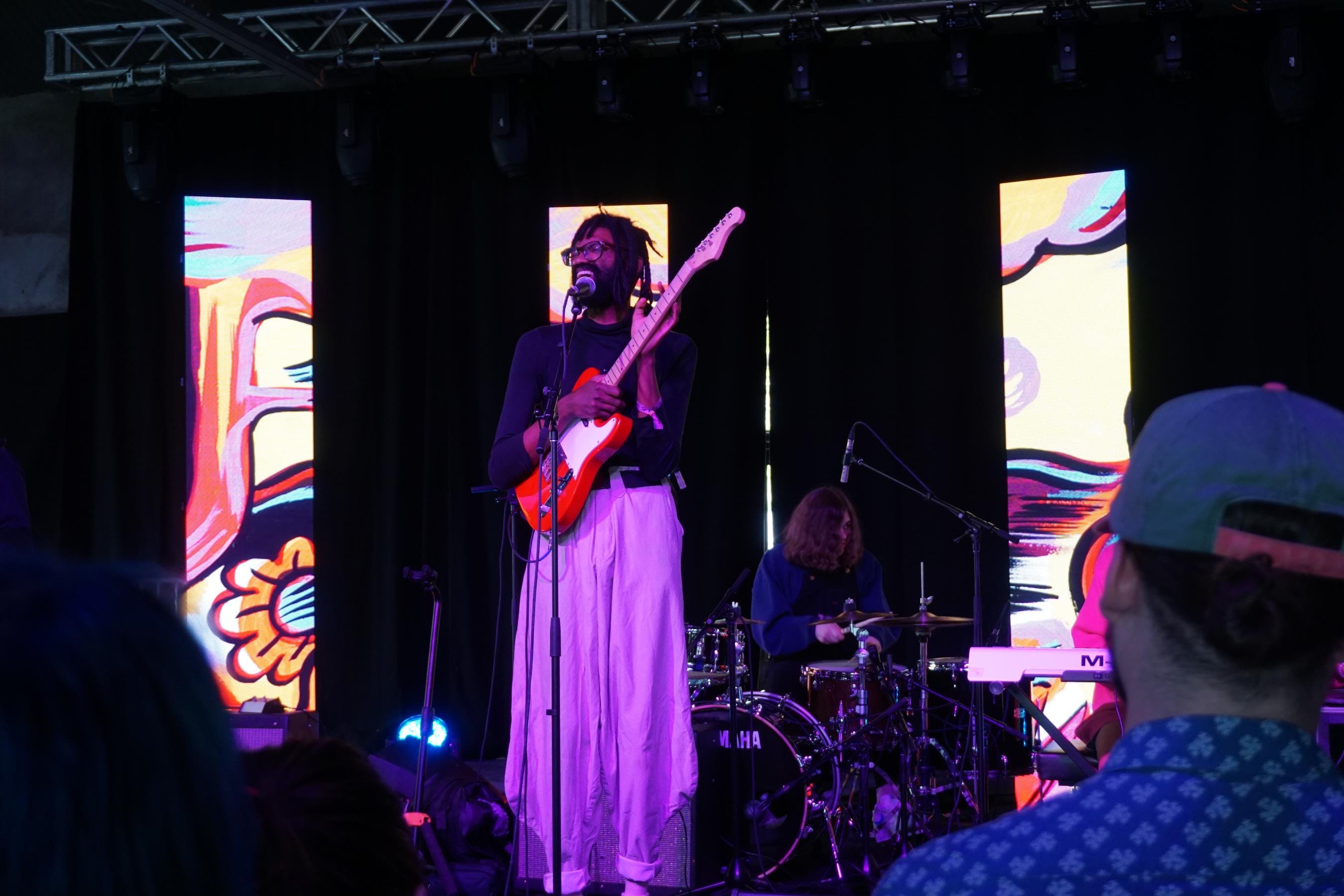 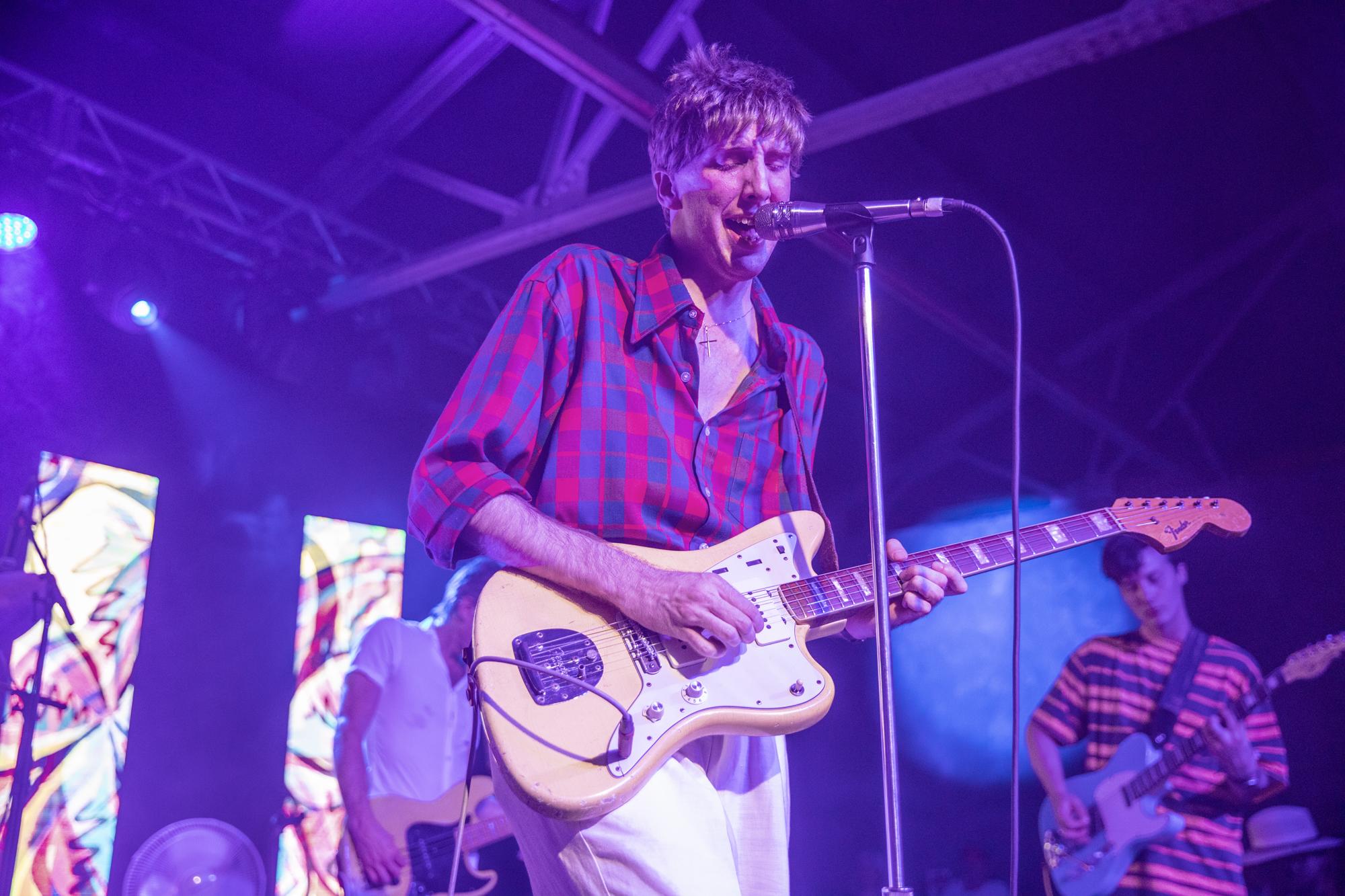 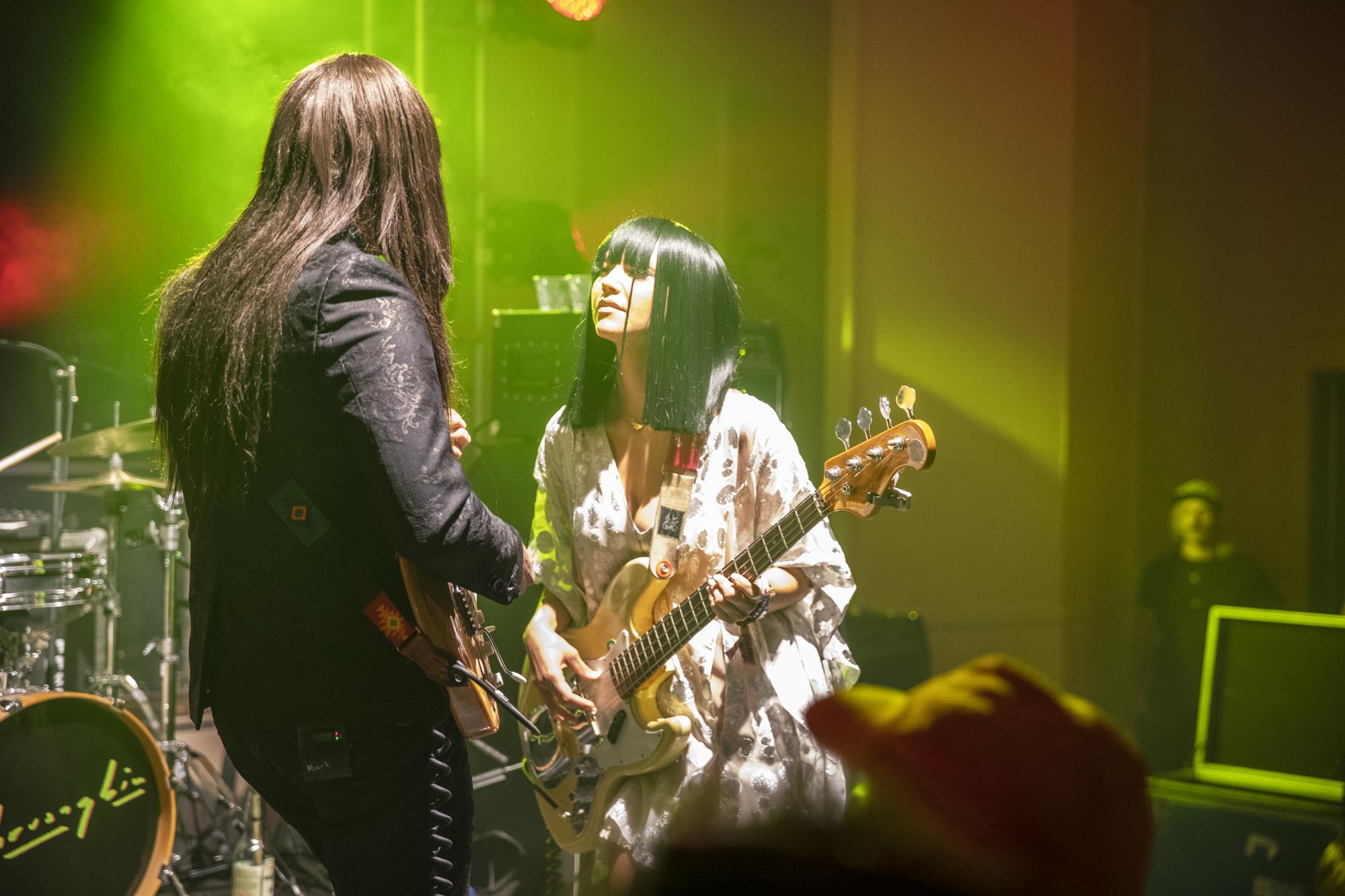 And, as awesome and Spotify playlist populating as Marfa Myth’s music and art scenes are, a considerable portion of the charm of this festival is that, by the end of it, everybody kind of knows your name. That’s partially because there are not that many names to learn. This festival keeps itself purposely small. Each year, only 1,000 or so festivalgoers come out to this corner of the Chihuahuan desert to mingle with the locals giving it all the feeling of a sprawling desert Cheers.

Festivalgoers know that Marfa Myth’s unofficial tagline is “I’ll see you around.” Share a Shiner with someone at Marfa’s only bar, or stop to talk to a stranger about their amazing, mint green faux alligator boots (Marfa Myths is the place to flex your personal style)– after parting you’re guaranteed to see them again while you’re chatting with Deerhunter frontman and Marfa Myths headliner Bradford Cox at the pet adoption event, or drinking Penicillins next to John Early while listening to Côte d’Ivoire Ivory Coast superstars Jess Sah Bi & Peter One or hanging out in the last room 50s film star James Dean occupied to smoke pot with a celebrity whose name I was asked to redact. 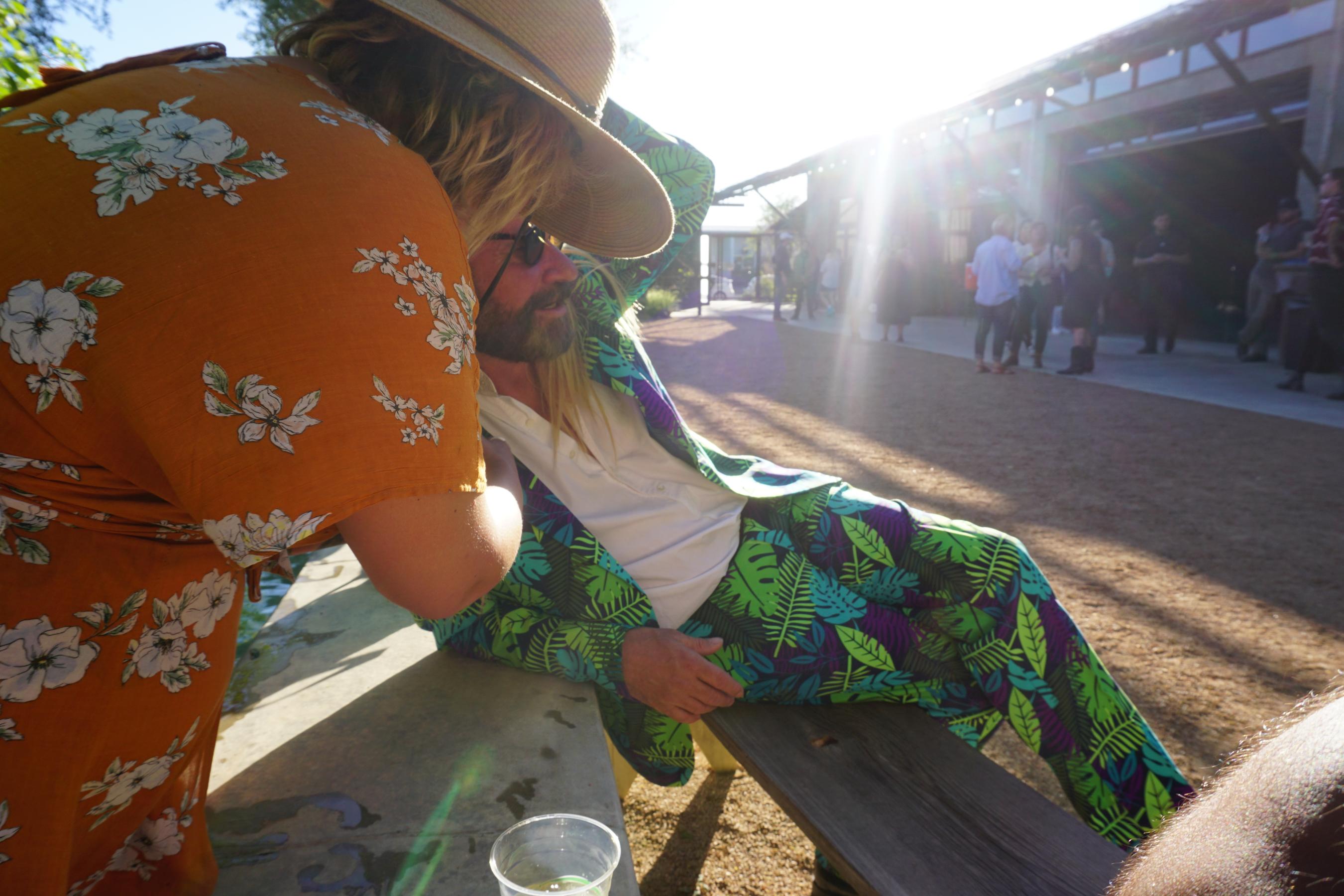 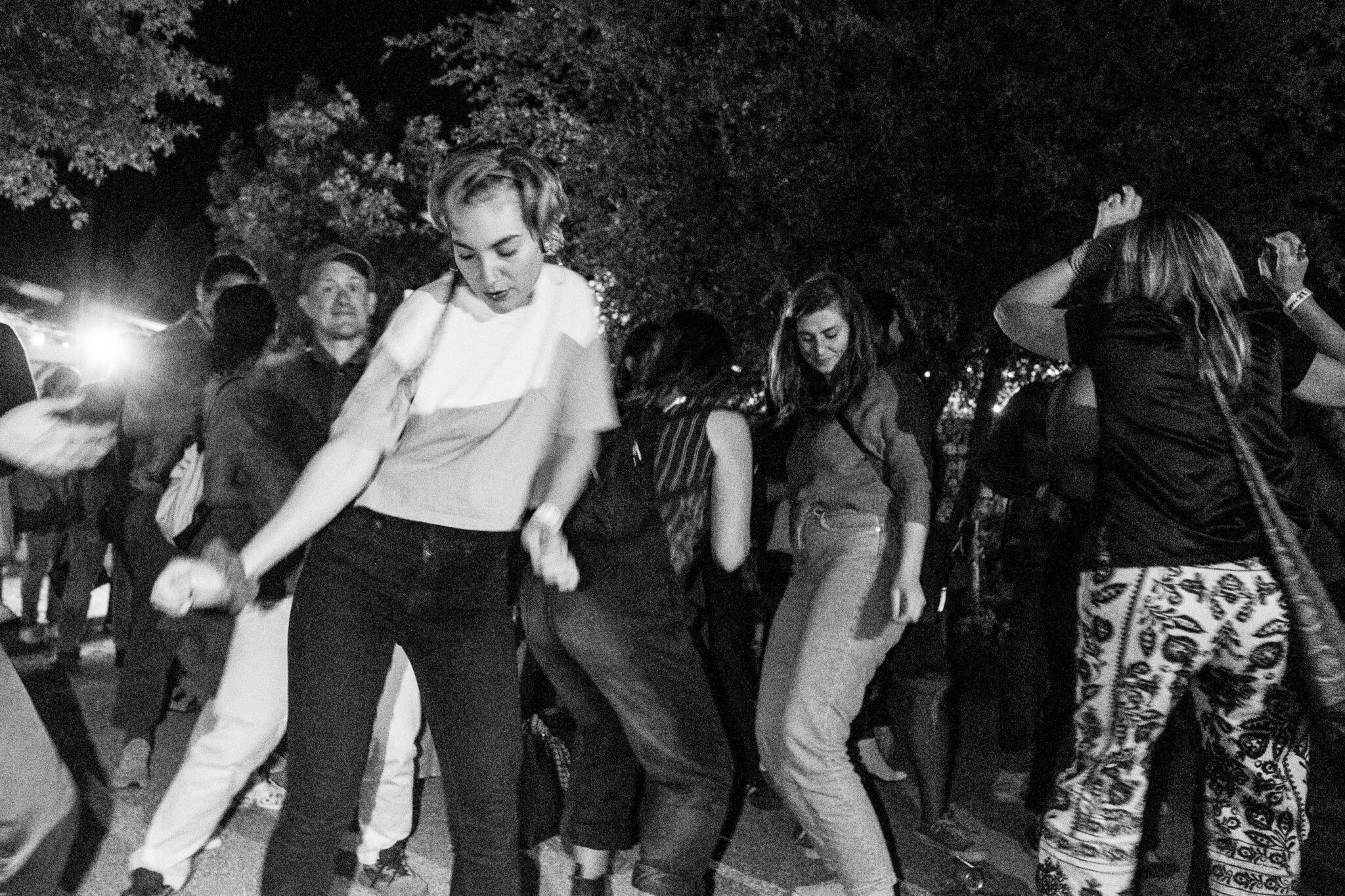 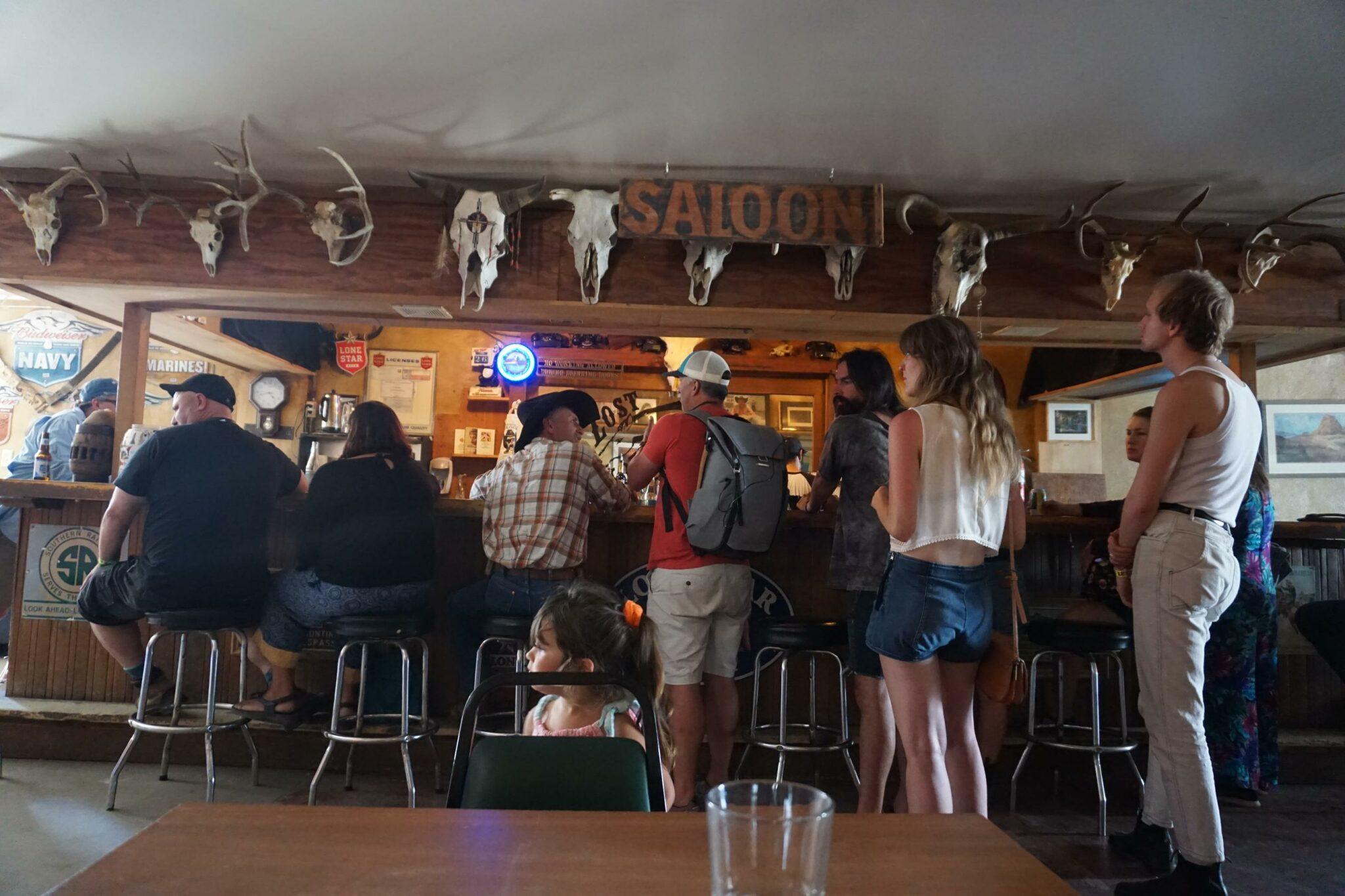 So much friendliness gives Mexican Summer’s Marfa festival a ton of good vibes. And it gives those good vibes back. Proceeds go to Texas RioGrande Legal Aid, which provides free legal services to farmworkers, veterans, and survivors of sexual assault who otherwise would not be able to afford legal counsel. Marfa’s many chic clothing, thrift, and art stores are all small businesses so while prices can be high for West Texas, you’re supporting local entrepreneurs and the intentional artistic community that gives Marfa it’s good vibes.

So if you’ve been dreaming of the utopia of your own after party, consider this your invitation: the dress code is chill, pets are welcome, and the drinks are free. Settle in for the weekend, recharge your batteries and turn yourself on to new artists and musicians so vibe-changing that you’ll want to come back next year.

For the announcement of the dates for the next Marfa Myths in 2020, keep an eye out on their website.