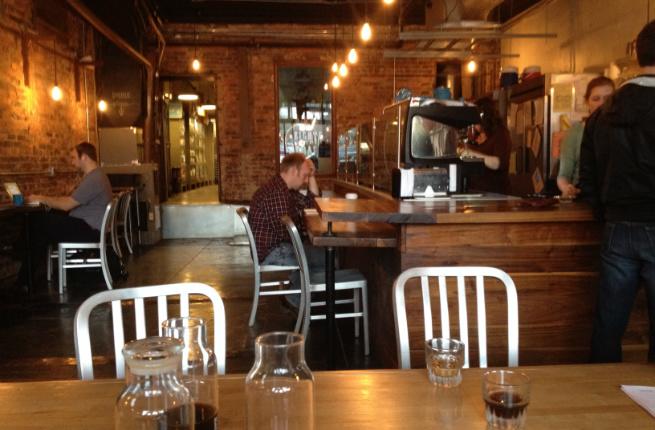 Any city with nightlife as kicking as Nashville's needs an equally robust coffee scene for those morning afters. Until recently, the pub crawlers and last-callers who made their way through Music City's legendary honky-tonks had only a few options for much-needed roast and relaxation. But over the past few years, the number of high-quality, independent coffeehouses in Nashville has increased exponentially, creating one of the nation's hottest local scenes. Here are five of our favorites. 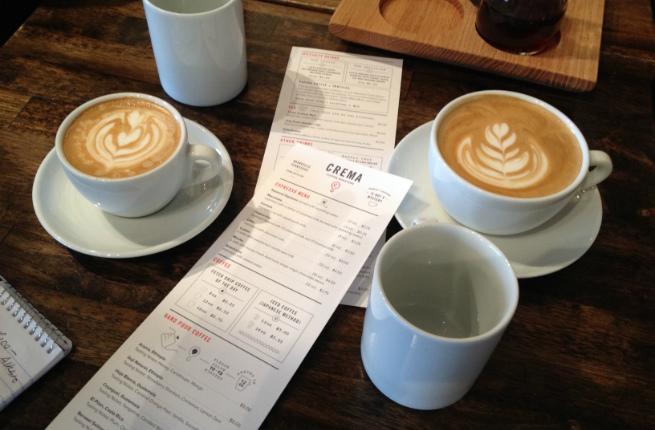 Husband-and-wife owners Rachel and Ben Lehman have built Crema's loyal following one bean at a time with direct involvement in every stage of their coffee production, from the source to your cup. They've taken great care to develop personal relationships with each of their farmers and to train their employees to the highest standards of brewing.

But they're more interested in sharing their coffee passion than showcasing high-minded brewing techniques. They offer popular coffee classes such as Intro to Roasting, Espresso Basics, and Great Coffee at Home. Crema's space (for which Ben is the “co-owner and chief-executive janitor”) is intentionally no-frills, as Ben and Rachel prefer to focus their investments on their products.

A favorite hangout of nearby Vanderbilt University students, Fido is as popular for its all-day menu of breakfast items, organic dishes, and hearty foods as for its array of signature coffee drinks. Fido maintains a small staff of highly trained baristas who have monthly contests to create the best drink recipes. Eclectic creations that have become regular items include the Sproda—Bordeaux cherry, Coca-Cola, espresso, and ice—and the Habicano—iced Americano with habanero, agave, mesquite, and lime. But it's not all exotic beverages. Fido serves excellent, single-source cups of coffee with flavor options such as local honey, vanilla, and cinnamon. 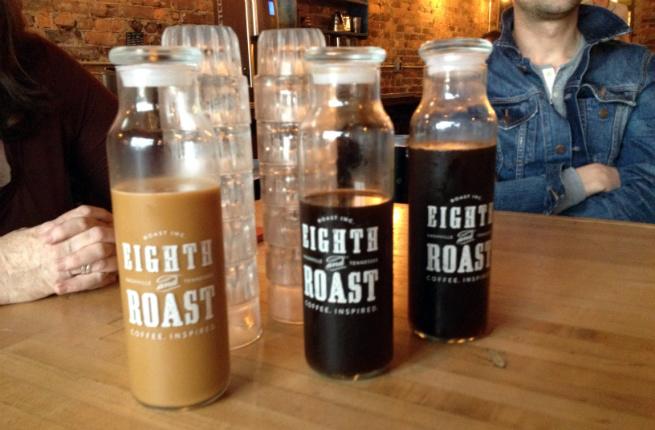 Eighth and Roast (two locations: 2108 8th Ave. S, 615-730-8074 and 225 Chestnut St.) serves a serious cup of coffee, not in a haughty-coffee-snob kind of way, but rather in a benevolent-coffee-geek way. Instead of presenting multiple coffee varieties, owner Lesa Wood prefers to rotate a few selections weekly, highlighting a single farm.

Her famous iced coffee is flash chilled, which takes brewed coffee from piping hot to around 40°F in less than a minute. It's a method she borrowed from the beer industry, using both copper piping and plate chillers. Wood says it locks in all the tasting notes of hot coffee and keeps the bright acidity many people prefer over cold brew. Speaking of beer, the Affagato, a fresh espresso shot over house-made ice cream with a milk chocolate stout from a local brewery, at Eighth and Roast is pure delight.

Admittedly, you don't go to Sweet 16th specifically for the coffee. Well, you might. After all, they do serve delicious blends of Drew's Brews, a popular local roaster whose owner personally signs every bag.

Although this tiny neighborhood bakery isn't a coffeehouse-hangout kind of place, you'll want to come here for their breakfast sandwich, which unhyperbolically can be called “best ever” (or at least best in Nashville). Modestly appearing as “The Breakfast Sandwich” on the menu, this simple little wonder consists of an egg and cheese casserole with mild green chilis on a cheddar cheese scone. For a mere $2.95, it's the freshly baked scone—delicate, fluffy, and savory—that vaults this sandwich to the top of the handheld breakfast world. In fact all Sweet 16th's scones, pastries, muffins, brownies, and cookies are baked from scratch daily—mom's kitchen style—by co-owner Ellen Einstein. Pair any of the fresh-baked goods with a cup of Drew's for a real Nashville treat. 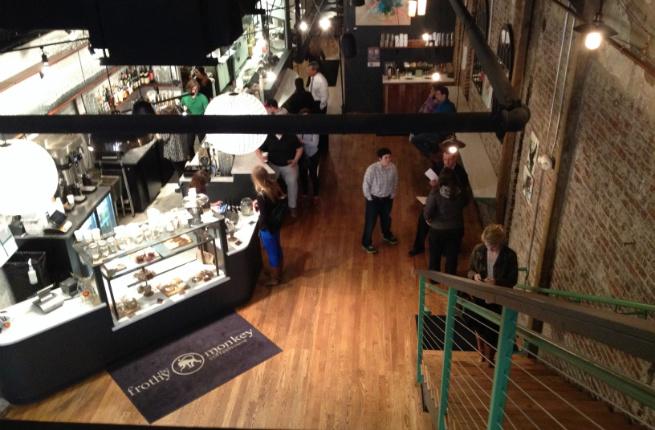 Sure you could stop into Frothy Monkey, pick up a “Red Eye Latte” to recover from your long night in Music City, and be on your way. But you'd miss out on one of Nashville's best coffeehouse experiences.

Frothy Monkey not only has fantastic, single-source coffee, but also affordable breakfast, lunch, and dinner menus full of comfort items such as sandwiches you order on a first-name basis. Ask for “Nathan” to get peanut butter, bananas, and honey on multigrain. “Ida” is pimento cheese, spinach, tomato, and red onion on toasted sourdough. The names come from Nashville friends of Frothy Monkey: The coffeehouse partners with stellar local businesses including High Garden Teas and Black Abbey Brewing Company (with whom they collaborated to make the POTUS 44, a delicious coffee-porter tribute to the president, with Kenyan and Hawaiian coffee and “a little smoke that won't quit”).