When people think of South Carolina, they think of Charleston, or Myrtle Beach—certainly not Greenville. However, this charming little city in the shadow of the Blue Ridge mountains has turned into a dynamic destination. A 32-acre park, green spaces, free concerts, pioneering artists, baseball fervor, foodie restaurants, and one of the most adorable Main Streets in America are just part of its allure. It’s the sort of place to take a stroll and stumble across something new and fun and interesting, a place that delights young and old and everyone in between. Here are five reasons to visit this surprising destination now. 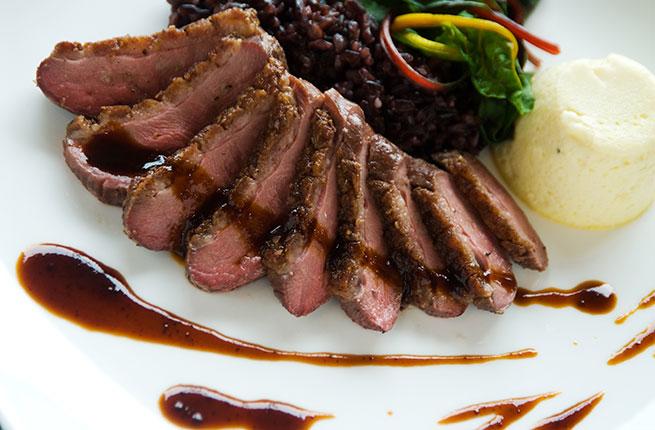 New restaurants are popping up all over Greenville, thanks to talented chefs responding to a growing population craving something new. You can’t stroll down a West End street without passing by dozens of intriguing venues, their bustling tables spilling onto the sidewalks. In the mood for barbecue? Try Henry’s Smokehouse (their slogan: leanest butt in town). Southern with a twist? Smoke on the Water serves mouth-watering BBQ, but also such surprising dishes as squash casserole and pimento cheese burgers; ask for a table on the leafy porch. Or perhaps you’d prefer something a little more elegant? Carl Sobocinski’s flagship Soby’s has made a reputation for itself with creative “New South” cuisine. And if you can’t decide, the best bet is the Euphoria food and wine festival in September, a collaboration between Sobocinski and South Carolina singer-songwriter Edwin McCain, where you can sample them all. 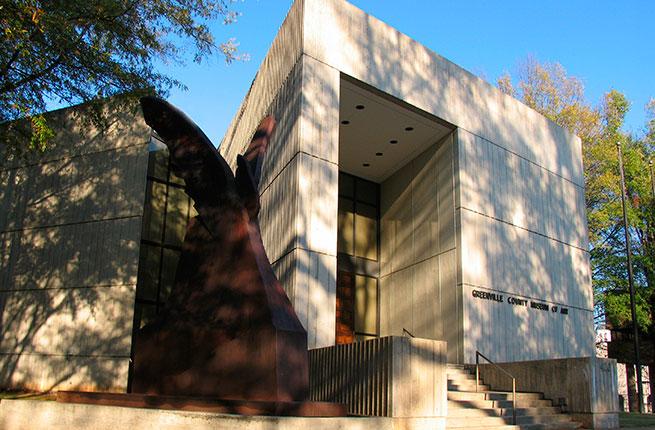 Walking down Main Street, you might be surprised to find a small bronze mouse lurking by a bush. And another one, peering from an alleyway. (There are nine in total, the brainchild of artist Jimmy Ryan, who based them on his love for the book “Goodnight Moon”). Not far away, a spectacular rose crystal tower by famed glass artist Dale Chihuly graces a garden in Falls Park. And the red steel “Untitled 2002–2003” sculpture rises from the end of Liberty Bridge, also in Falls Park (locals call it Gumby). Scattered about town are more than 70 modern works of art, which are all part of Greenville’s Art in Public Places, a modern arts program funded by liquor tax funds. Download the app to take yourself on a tour.

Local artists have flocked to this artsy city, opening studios and galleries all over town. The best place to experience them is Art Crossing at Riverplace, where a dozen award-winning artists—including jewelers, painters, and photographers—have set up shop right on the Reedy River. You can watch them at work, and then purchase something to take home.

And for something a little more old school (but by no means stodgy), the Greenville County Museum of Art houses one of the world’s largest collections of works by Andrew Wyeth and Jasper John, with one of the finest southern collections to boot. Indeed, it boasts the second largest collection of works by South Carolina native William H. Johnson, after the Smithsonian American Art Museum. An active donor program means that new artworks are being added all the time, with a special focus on young talent.

Greenville’s art scene is celebrated every year at Artisphere, a festival drawing artists and art lovers from all over. 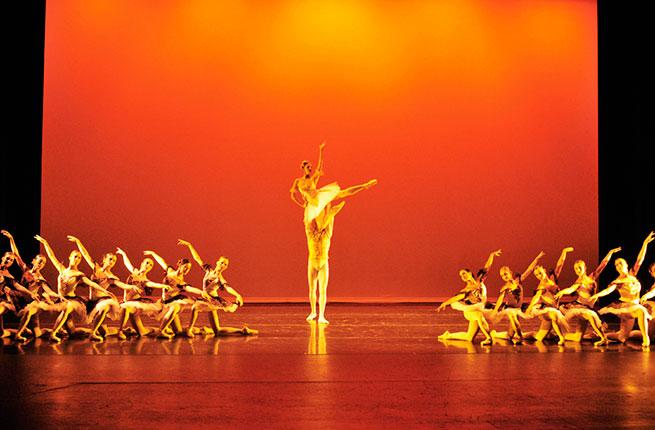 Greenville is the sort of place where, on a sultry summer evening, you might be strolling through Falls Park and stumble upon a free showing of “As You Like It” on an outdoor stage, part of the annual Upstate Shakespeare Festival. Some people stop just for a minute or two, though many stay for the whole show, sitting on blankets or chairs. It’s casual and fun and accessible, even for kids.

Warehouse Theatre produces small, professional shows, with many of its actors on a rising-star trajectory. Centre Stage is a regional theater drawing on local talent. At Café And Then Some, original musical comedies are presented while you dine (and everyone, patrons included, take part in the show). Greenville Little Theatre on Heritage Green has entertained kids since 1836.

And then there’s the stalwart Peace Center for the Performing Arts. Four deteriorating buildings—a coach factory, a textile plant, a mayonnaise factory, and a turn-of-the-century retail store—were incorporated into the state-of-the-art design of this performing arts center, a striking setting for first-class performances. Some 600 shows are presented here every year, from the best of Broadway to the world’s finest musicians to Greenville’s ballet, chorale, youth orchestra, symphony, and children’s theater. 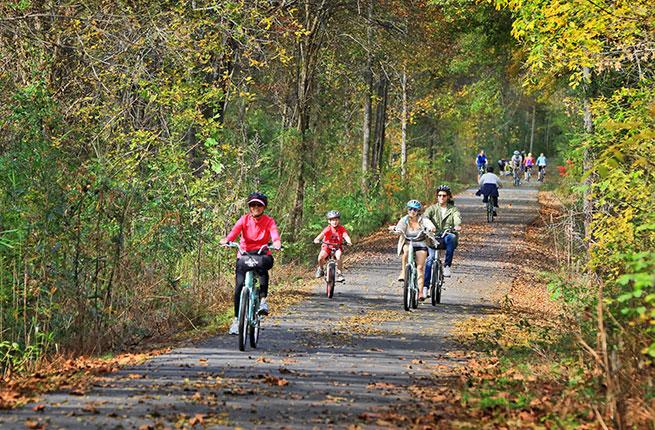 Poised near downtown’s buzzing restaurants and cafés, 32-acre Falls Park winds along the Reedy River, graced with walking trails, pocket gardens, a waterfall (once obscured by an ugly overpass), and a single-suspension-cable pedestrian bridge that seemingly floats over the woodsy valley. Evoking the sense of being far away in nature, it’s the perfect place to take a pre- or post-dinner stroll, or even bring a picnic and make an afternoon of it.

Hit the Swamp Rabbit Trail for a bike ride or run—the paved, multipurpose, 21-mile trail ambles beneath the park’s leafy canopy along the Reedy River, all the way to the city of Travelers Rest.

Shoeless Joe Jackson hailed from Greenville, and the city has never looked back when it comes to baseball. Though banned from baseball for life (and the Baseball Hall of Fame) after allegedly helping to fix the 1919 World Series, the super slugger’s a local hero; he even has a memorial baseball field in West Greenville, and his own statue in West End, standing in a square named for him. His modest brick house was hauled from its original spot to a prime location next to Fluor Field and is open as the Shoeless Joe Jackson Museum and Baseball Library. Just a few blocks up from the West End, Fluor Field is a mini-replica of Boston’s Fenway Park, complete with the Green Monster wall, and home to Minor League Baseball’s Greenville Drive (the Class A affiliate of the Boston Red Sox). In summer, fans flock here for a heavy dose of America’s favorite pastime.