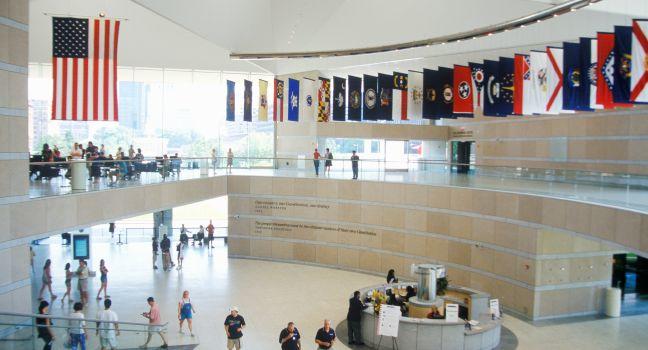 This 160,000-square-foot museum brings the U.S. Constitution alive through a series of highly interactive exhibits tracing the development and adoption of the nation's landmark guiding document. The heart of the sprawling museum, The Story of We the People, takes you from the American Revolution through the Constitution's ratification to major events in the nation's constitutional history, including present-day events like the inauguration of President Barack Obama, Hurricane Katrina, and the recent economic crisis. Later, you can play the role of a Supreme Court justice deciding an important case, and walk among the framers in Signers' Hall, where you can decide whether to add your signature to the list of Founding Fathers. The facility has 100-plus exhibits, plays host to many events with major historians, authors, and political figures, and also houses the Annenberg Center for Education and Outreach, a hub for constitutional education efforts that is not open to the public.

Book an Experience at Philadelphia VIEW ALL