And it’s not just because it’s absolutely stunning.

It’s hard not to get a little awestruck the first time you experience the beauty of Astoria, Oregon, in person. Located near the place where the Columbia River meets the Pacific Ocean, the city offers breathtaking views everywhere you turn. Once you gain your bearings, a new feeling creeps in…familiarity. No, it’s not déjà vu. You know the tiny town of Astoria from the movies—lots of them.

Astoria, Oregon, is famously the setting for The Goonies and Kindergarten Cop, but its relationship with Tinseltown doesn’t stop there. Short Circuit, Teenage Mutant Ninja Turtles 3, The Ring Two, the Free Willy movies, Benji the Hunted, and more were filmed there, too. So, what is it about a small town with a population under 10,000 that has attracted everyone from Arnold Schwarzenegger to Steven Spielberg to one of the farthest corners of the contiguous United States?

Mac Burns, the executive director of the Oregon Film Museum says Astoria’s unique geography provides a versatile backdrop for filmmakers: “We are a river town, close to the ocean. Lush forests surround us and mountains aren’t far away.” In other words, Astoria isn’t just draw-droppingly beautiful—it can also pass for a variety of unexpected locations, ranging from small-town America in The Goonies to ancient Japan in Teenage Mutant Ninja Turtles 3.

The appeal doesn’t stop with Astoria’s gorgeous setting. The town itself is dotted with Victorian-style houses and the streets are lined with vintage storefronts. A trolley built over 100 years ago rolls across the waterfront in warmer months carrying passengers to the farmers market or local breweries. This gives the community a unique, storybook quality. Burns says Astoria’s charming appearance didn’t happen by accident, but rather rose from the ashes of tragedy: “The entire downtown burned down in 1922 so the town was largely rebuilt at the same time, giving it the look and feel of a specific time period.”

Burns goes on to add, “There are a lot of stories and rumors about how and why Astoria was chosen for some of the films. Richard Donner [who directed The Goonies] claims they just drove up the coast and when they saw Astoria, they knew it was right.” It’s hard to question his judgment. No self-respecting Goonies fan could possibly imagine the movie taking place anywhere else. Astoria is as much a part of The Goonies as the “Truffle Shuffle” and One-Eyed Willy’s pirate ship.

According to the production coordinator of the movie, Kindergarten Cop director Ivan Reitman set the film in Astoria because he liked the fact that, despite its waterfront location, it was a working town, not a resort area. The community remains that way today. Astoria is pretty, but not fancy. Once a village devoted to the fur trade, it remains a community where the majority of people work with their hands. Every day, fishermen pull into the marinas and unload their fresh catch onto the docks. Most jobs are tied to tourism in some way—foodservice, hotels, and retail shops provide most of the town’s revenue.

The Oregon Film Museum is located in the old Clatsop County Jail, which was featured in the opening scene of The Goonies. Burns says visitors from all 50 states and more than 25 different countries have walked through its doors. He went on to say, “with a number of iconic films made here, Astoria has become a major destination for fans. In 2005, we started celebrating the anniversary of The Goonies. The population of Astoria is about 10,000. In 2010 we had more than 12,000 fans in town.” All that fresh seafood doesn’t hurt, either. 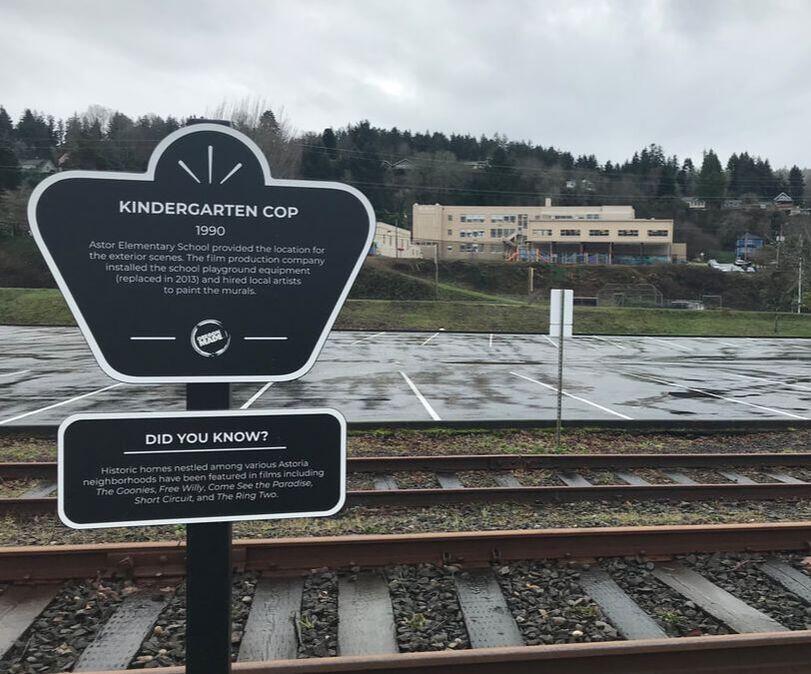 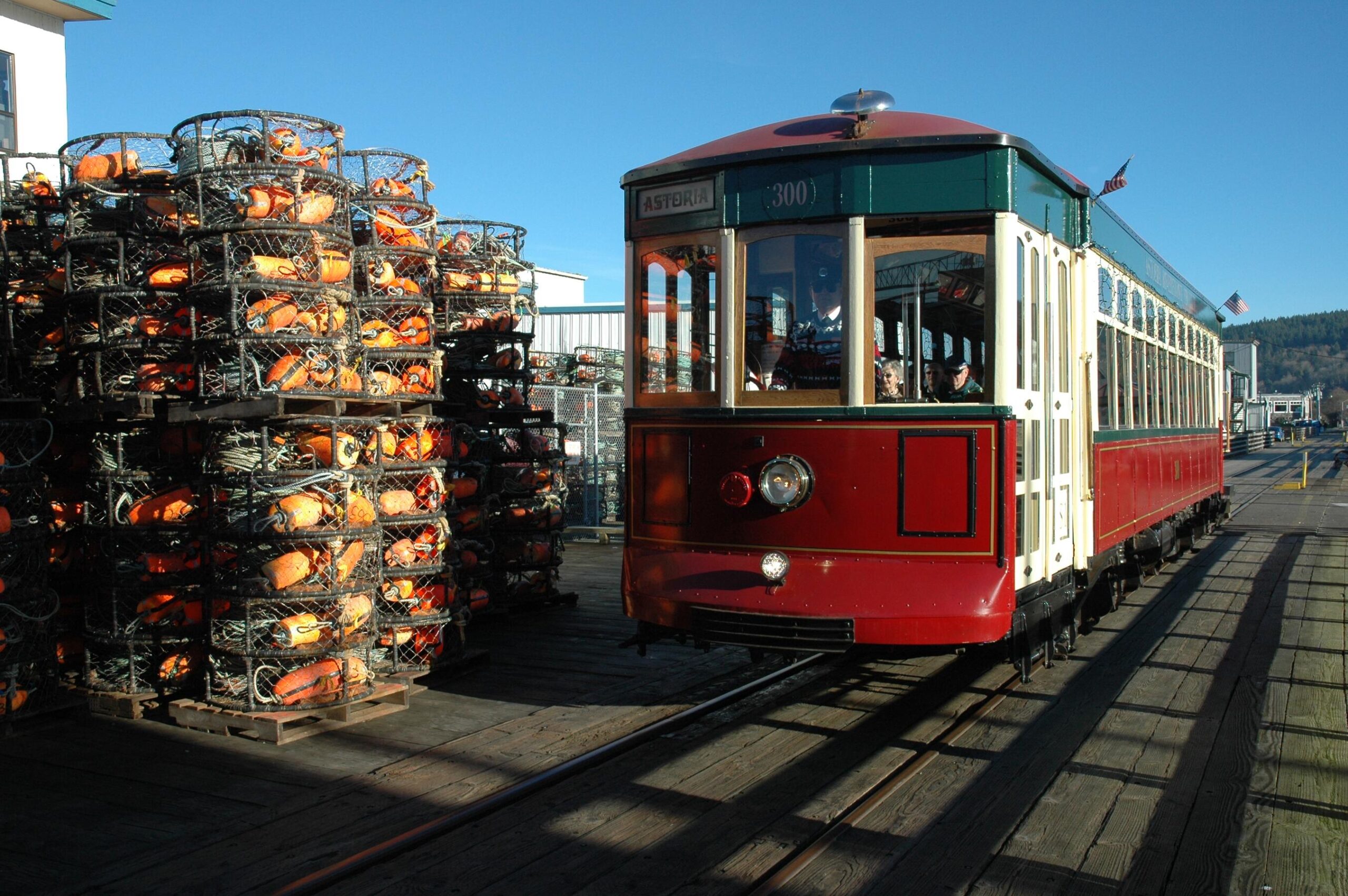 In 2019, the Oregon Film Trail, complete with markers to help tourists identify the many iconic film locations in the state, was established. Naturally, it launched in Astoria to help tourists find everything from the Goonies House (from a respectful distance since it’s a private home) to the elementary school where Arnold Scharzannegger declared he did not have a tumor in Kindergarten Cop.

It’s been a few years since a big blockbuster was filmed in Astoria but that doesn’t mean it’s been forgotten by the movie business. Independent films are still filmed there with some regularity, including the horror movie The Mortuary Collection in 2018.

If big-budget Hollywood comes calling again, they’ll be pleased to find Astoria is waiting and as appealing as ever. Her views are still spectacular, her seafood is as delicious as always, and her charm has been undiminished by the passage of time. Some things, just like Goonies, never say die.

I hate to see this rip-off tourist trap "movie museum" recommended! You MIGHT be able to stretch a visit to 15 minutes if you try to find something in the gift shop, but even with an admission of $6 it's overpriced.