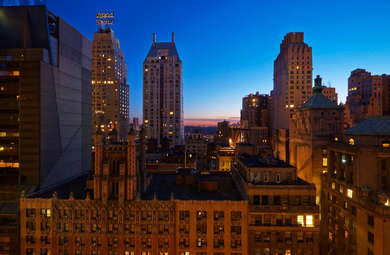 It’s no secret that 57th Street has become the Avenue of the Rich. Not just any kind of rich, but the ultra rich. And tucked in the shadow of One57 (otherwise known as the Billionaire Building), the Viceroy evokes the splendor and grandeur of the old New York’s wealthy elite: the robber barons. The building is of a time when New York was New York, and 57th Street was Carnegie Hall and the Russian Tea Room—without the addition of shell company-owned apartments. Still, the Viceroy’s riches are expressed in other ways from the Iroko hardwood to the abundance of marble and metal surfaces, the interiors of this hotel are sharp, tailored and sexy.

These Roman & Williams-designed rooms are luxe. Certainly the price tag is a reminder of that. A wall of Iroko wood, out of which the bed’s headboard, nightstands and closet, is decadent and shapes a rather boxy room into a distinguished gentleman's quarters of sorts. The iron window panes are a stark contrast to the urban or Central Park Views outside these windows, which can be opened, almost adding a filter of history, as if an instagram one. These rooms aren’t overwhelming large, but space is economically used and between all the sumptuous fixtures and furnishings, space isn’t the focal point.

YOU SHOULD KNOW Rooms above the 18th floor have views over Central Park. But, these rooms go fast. 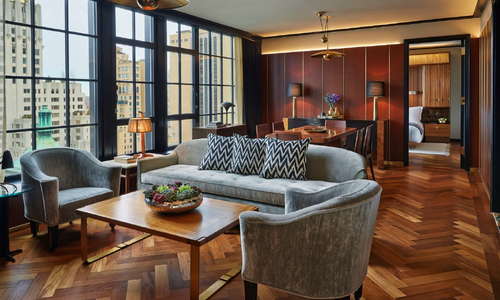 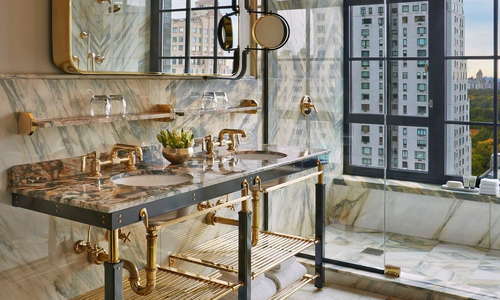 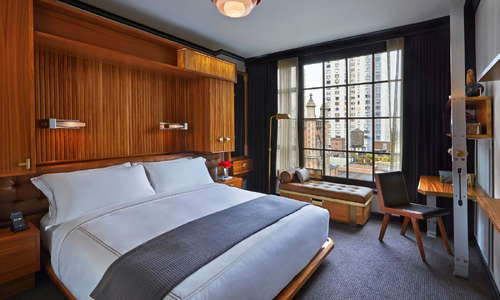 Ask the concierge about the recession-proof green tiles that dot the bathroom decor. It’s quite a tale—and the green is yet another reminder that the Viceroy is knocking on money’s door. Brass finds itself into the water fixtures, even the rain shower, along with marble sink vanity, this bathroom is as luxury as it comes. 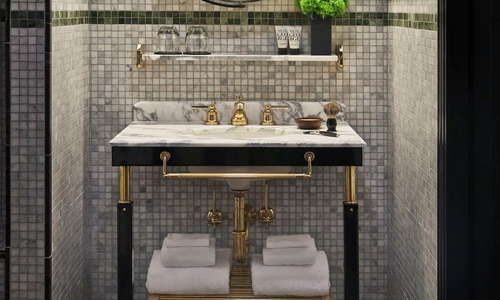 Designed to feel like an affluent apartment building, the lobby is rather discreet in its layout although the three varieties of marble used for the floor and wall panels suggest anything but. 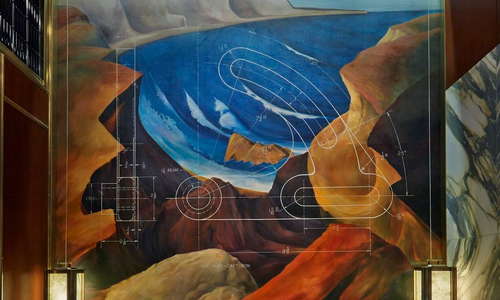 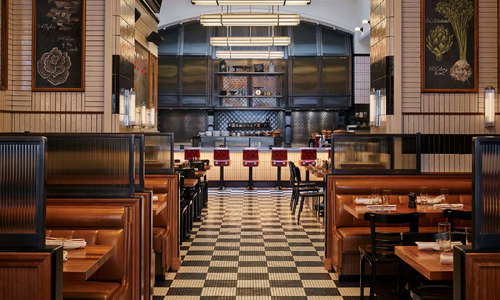 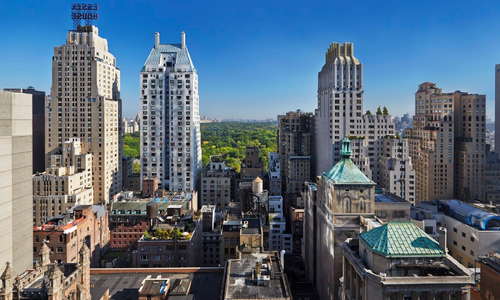 There used to be, but it got converted into a private dining space. So, no.

Located in the basement, the gym actually is quite well stocked for its size. A multitude of machines and weights are available to use, as well as yoga and Pilates equipment. Trainer sessions can also be booked through the concierge.

Kingside is the round-the-clock eatery attached to the hotel’s lobby, and has become a chic casual spot for lunchers and post-work diners alike. This locally sourced take on American classics is as easy as it is refined, and with an ever-changing seasonal menu, the pastas, meats and salads often contain the ingredients dujour. Kingside serves as the hotel’s in-room dining kitchen as well, although with it’s roomy leather banquettes and well-stocked bar, the trip down the elevator is worth it indeed. 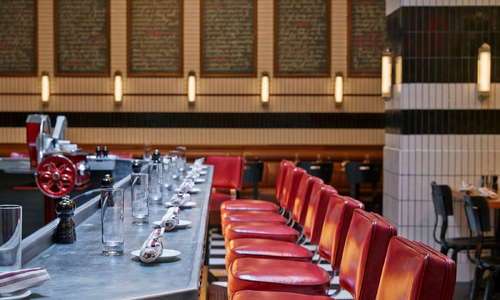 Kingside has a full-service bar that becomes quite the post-work scene; however, The Roof is really the Viceroy’s draw. The Gerber Group-owned cocktail den with near aerial views of Central Park that opens at 4pm often sees crowds lining up at 3:55 to get a seat on the outside terrace (or in the colder months, the covered ‘The Winter Room’). The price of admission? Veuve Clicquot flutes at $24 and Fondue for Two for $45. 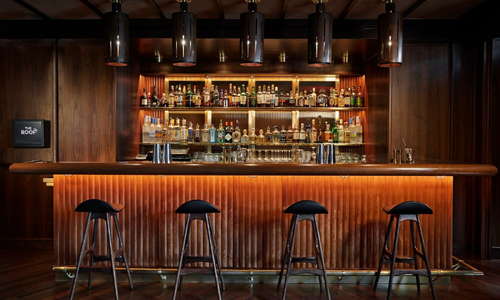 57th Street sees all subways stop at different avenues; the closest trains are the N/Q/R/W and the F.

57th Street ain't no cheap date—and a favorite amongst Saudi princes and museum directors alike is Quality Meats (1-minute walk) offers some of the most savory cuts of Prime Rib and Filet in Midtown. If cheap n cheerful is more your thing, hidden in the back annals of the Parker Meridian (1-minute) is the Burger Joint, serving the classic cheeseburgers and fries in a graffiti’d lunchbox joint to insiders for decades. Likewise, a new and welcomed edition to this stretch of Sixth Avenue (3-minutes) is Jams, the downtown restaurateur Jonathan Waxman’s take on seasonal California fresh fare. Of course, quinoa is on the menu!

Though intimidating, it is possible to have a reasonable martini and a few oysters at the history-making Russian Tea Room (2-minutes). Otherwise, buy a bottle and luxuriate in your room.

There aren’t many hotels in New York that combine such style and edginess as the Viceroy. Some have called the property the 21st century Plaza Hotel, which minus any myths of Eloise proportions, could be a fitting comparison. The Viceroy is sexy and has swag but also refined and elegant—it’s a mood of New York opulence at its finest. 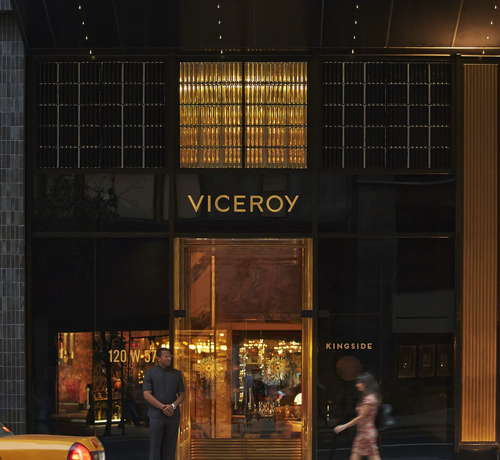 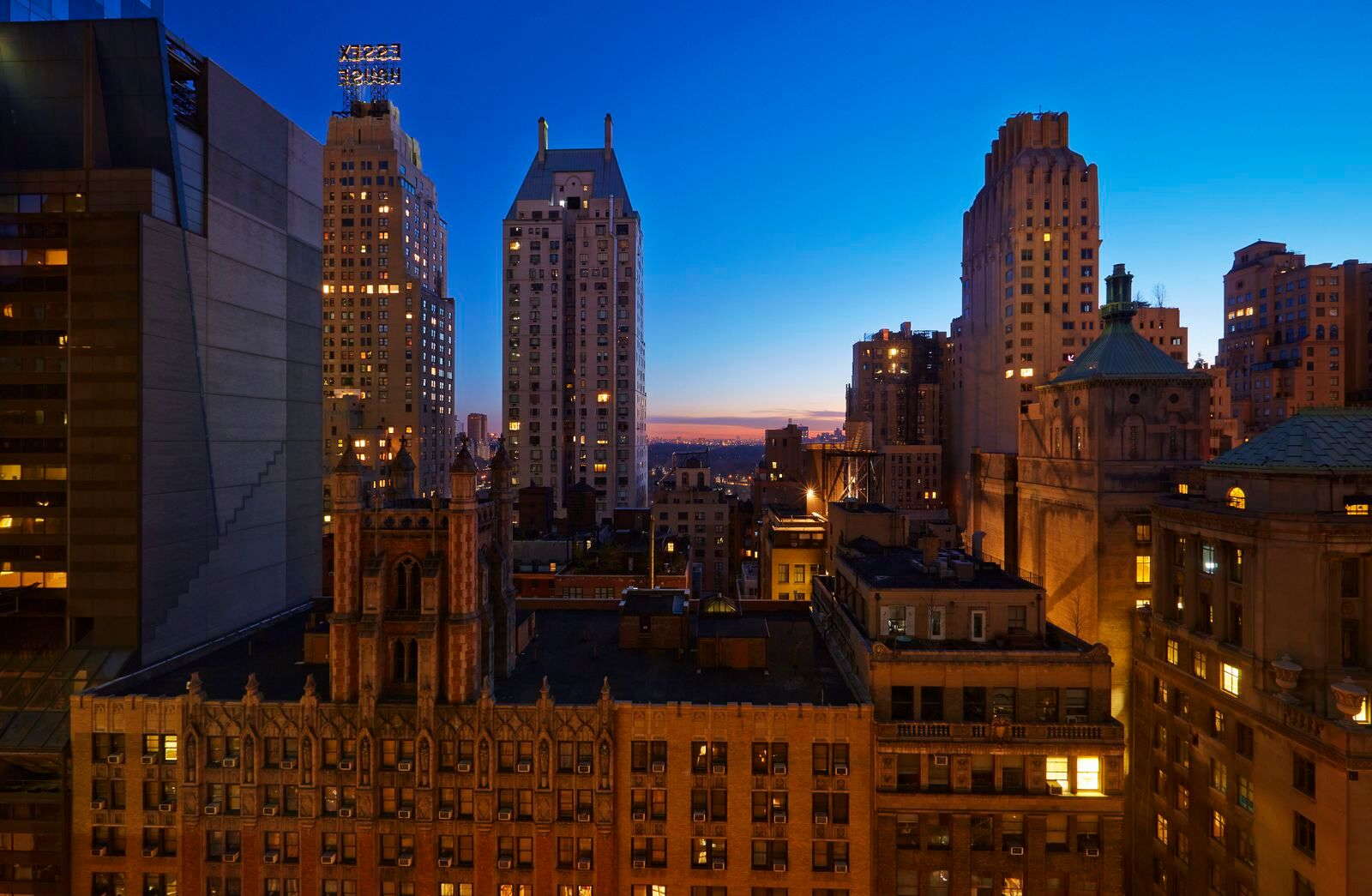 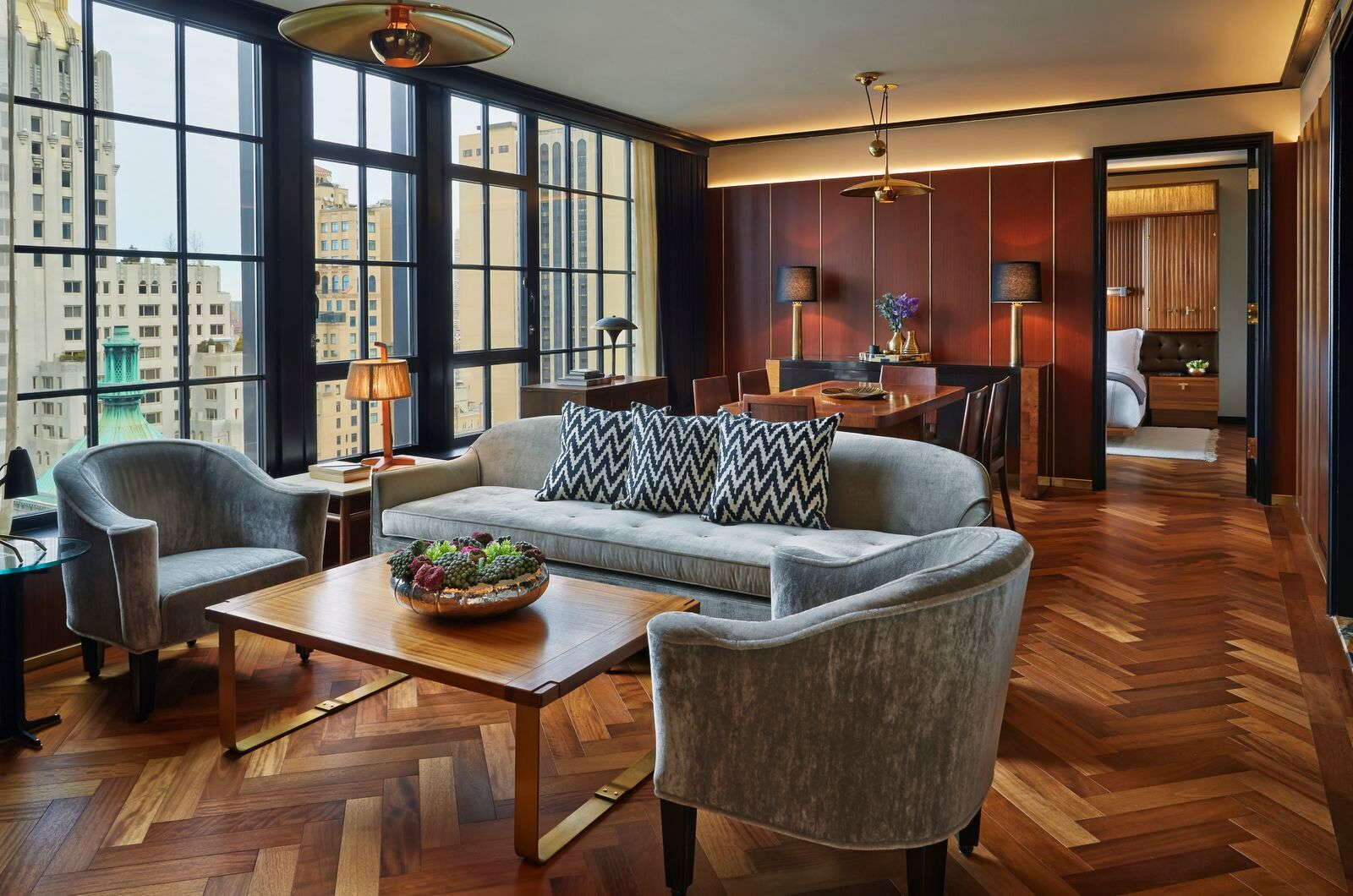 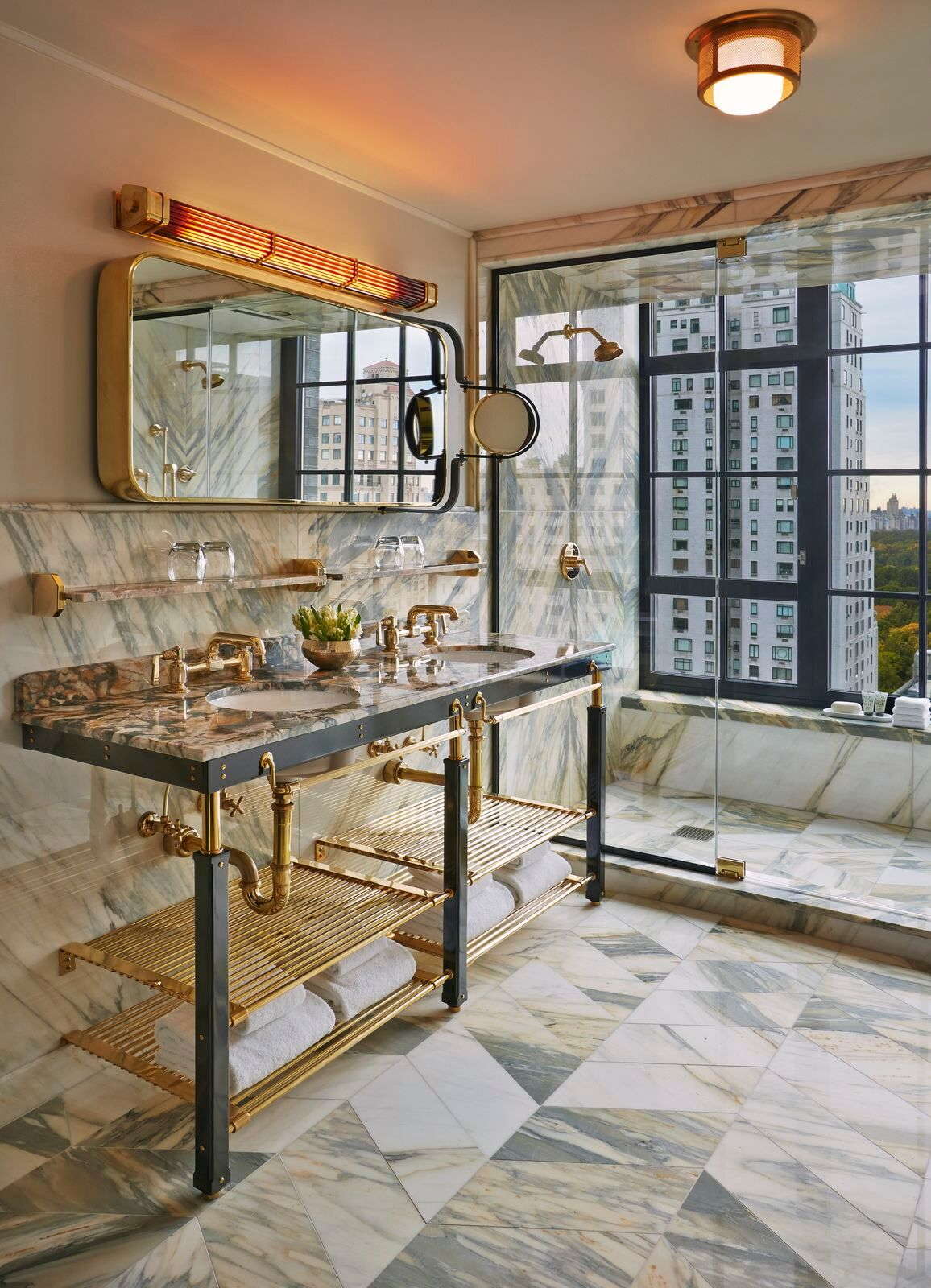 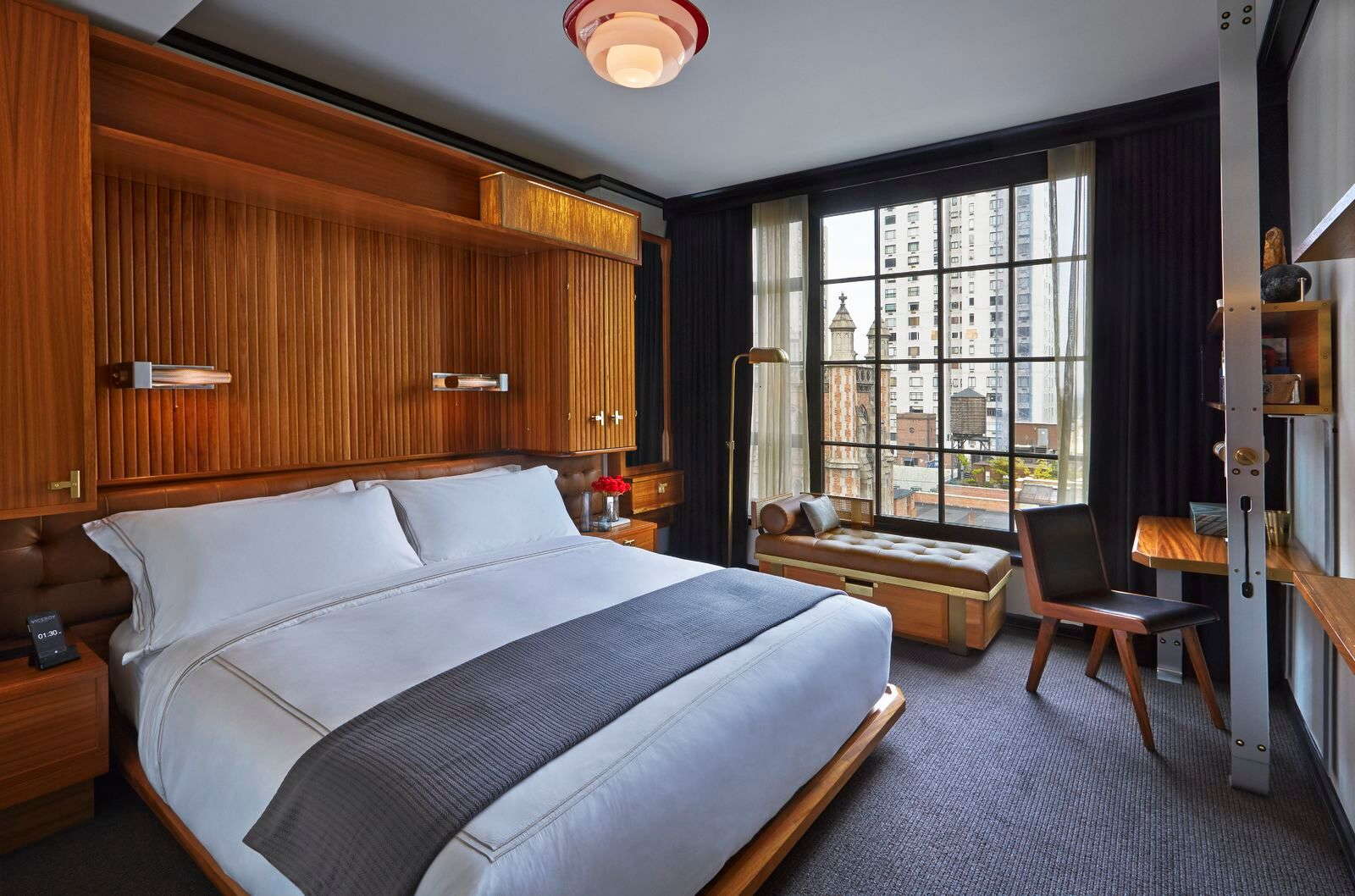 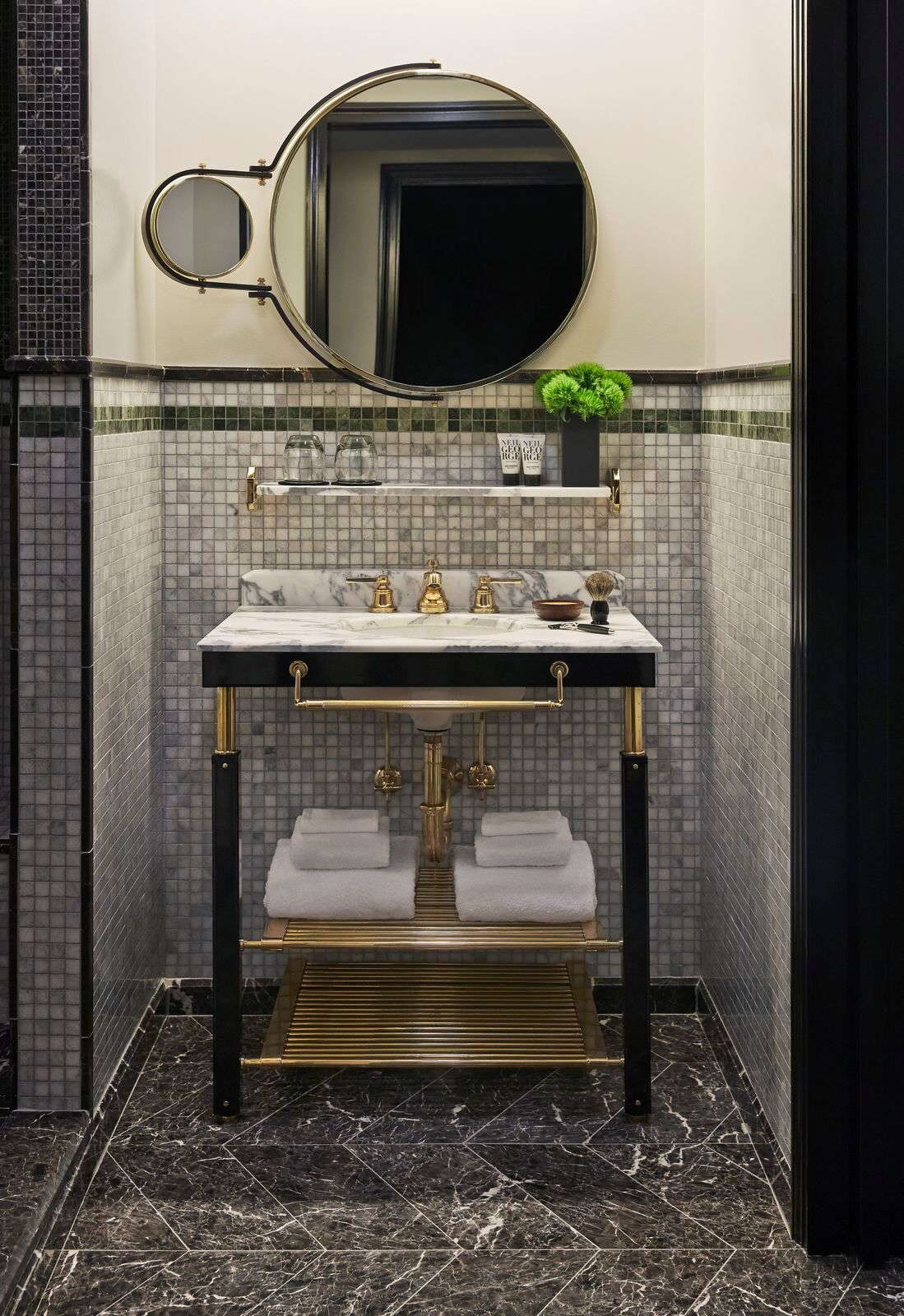 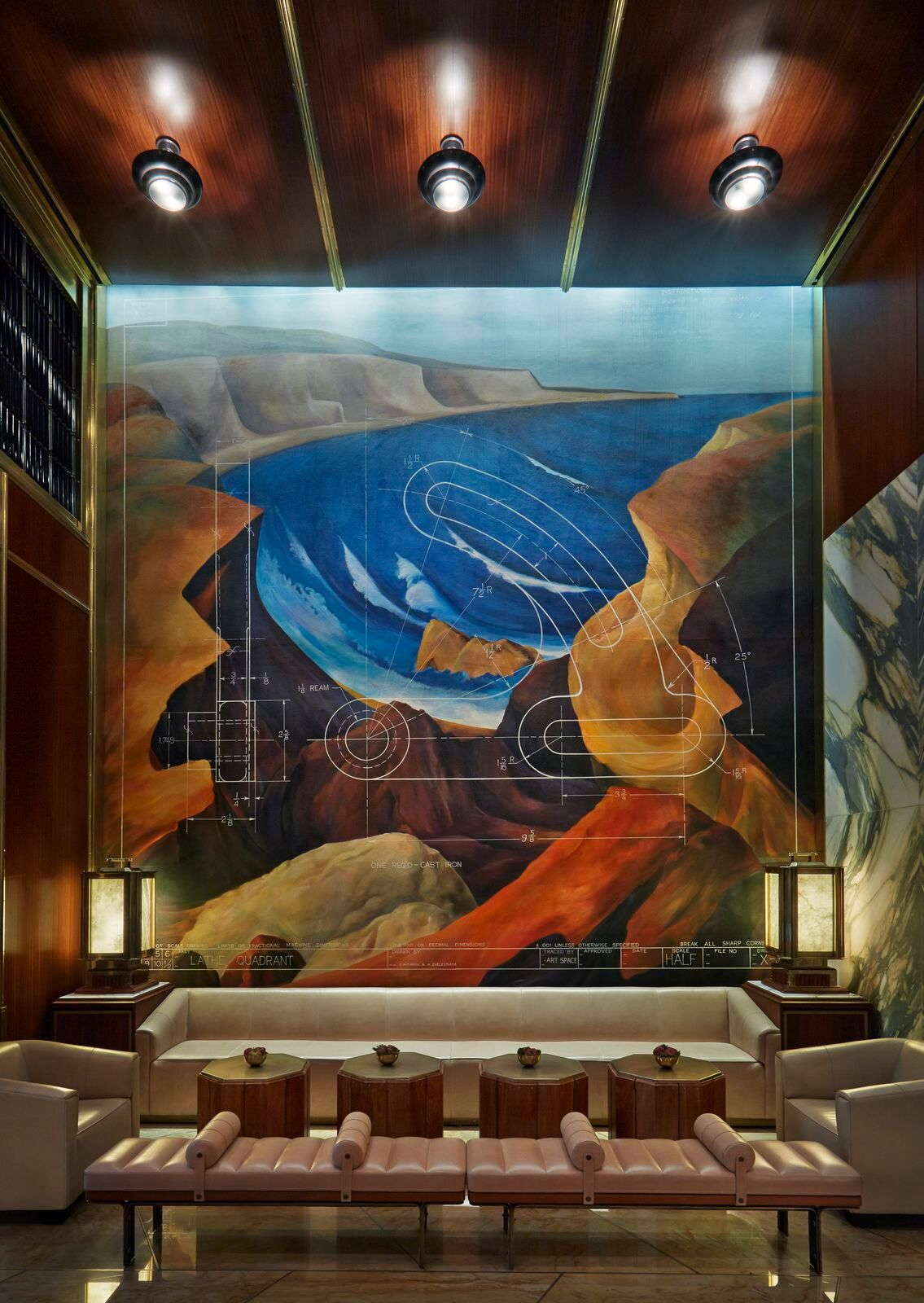 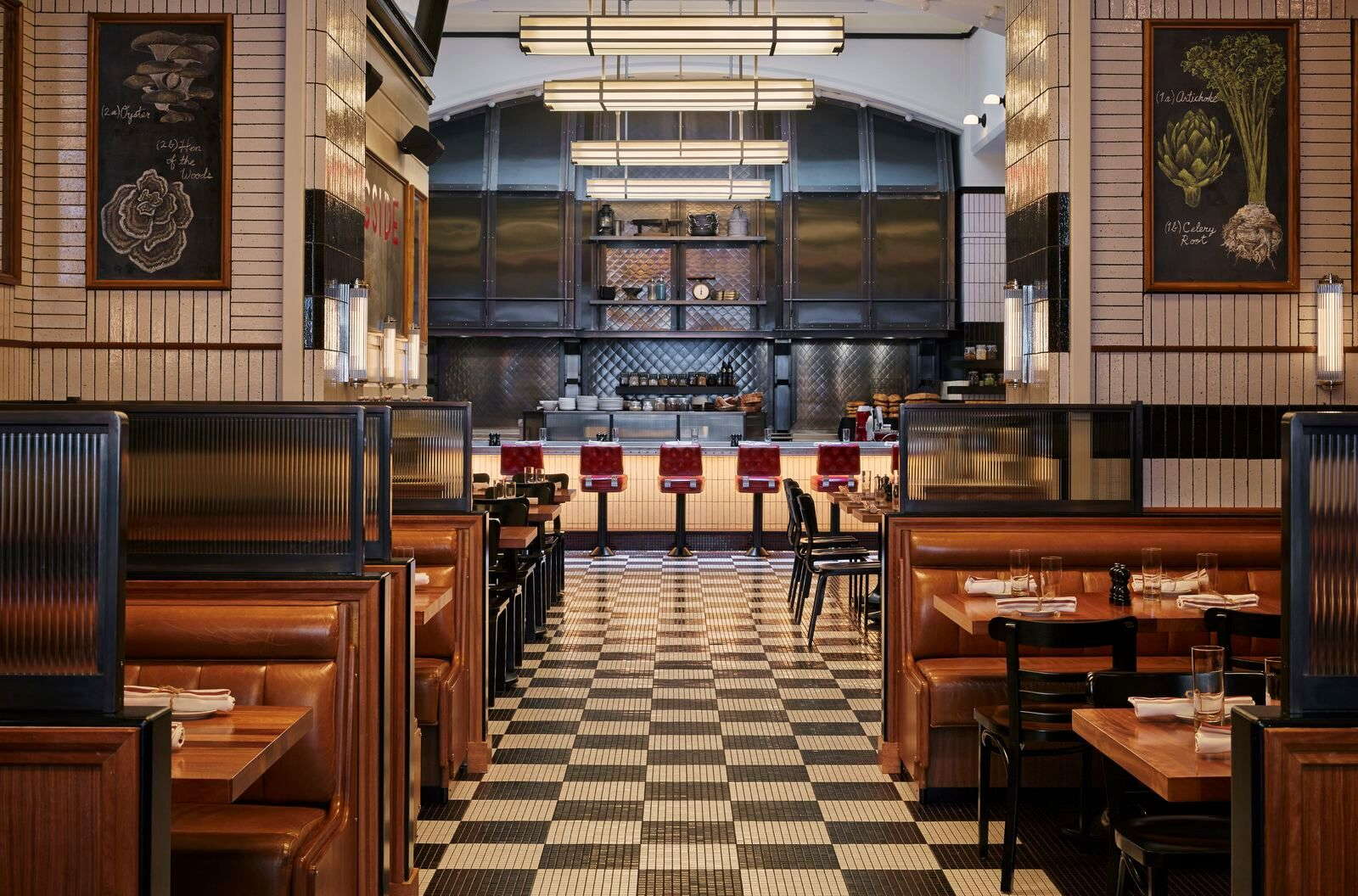 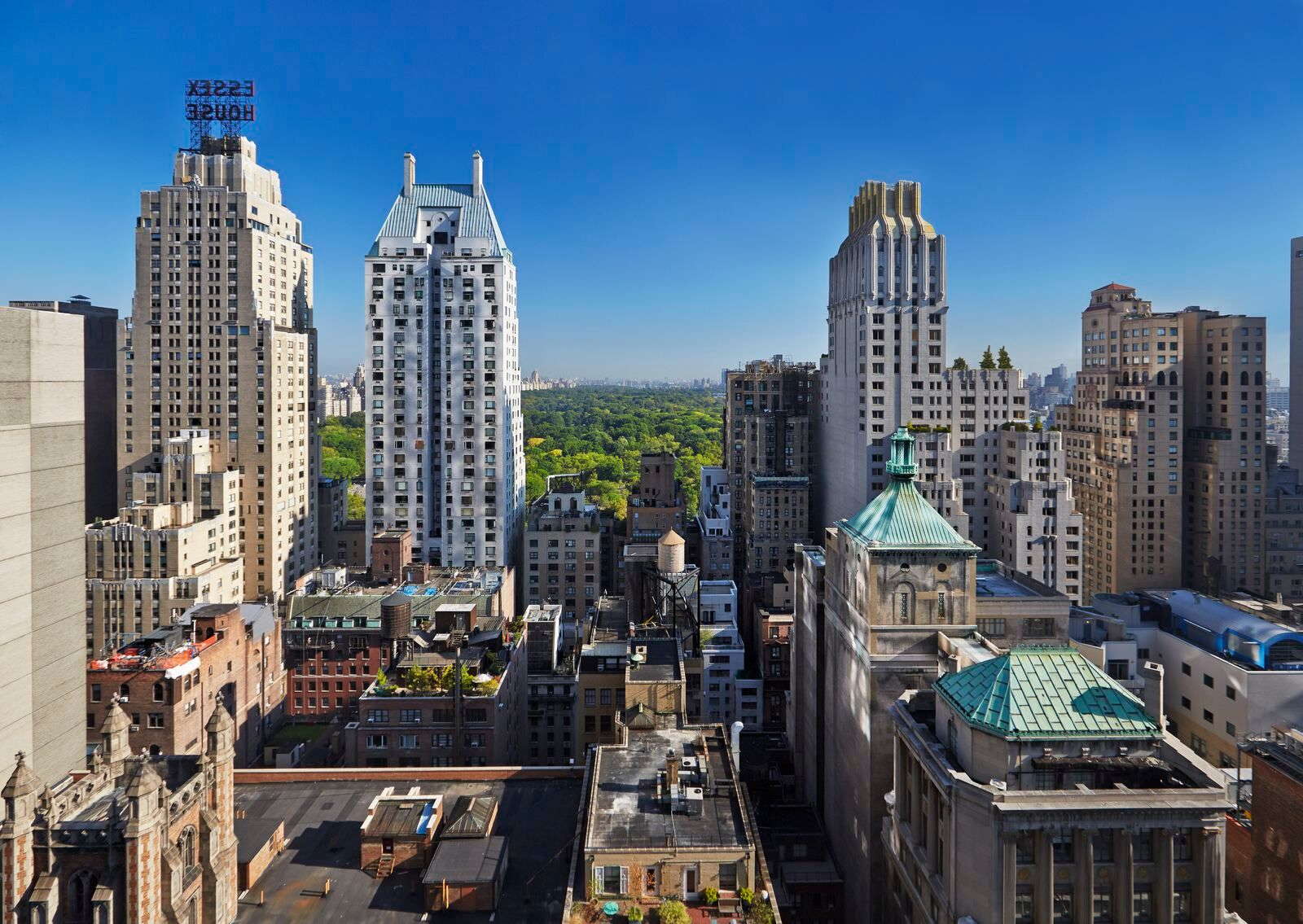 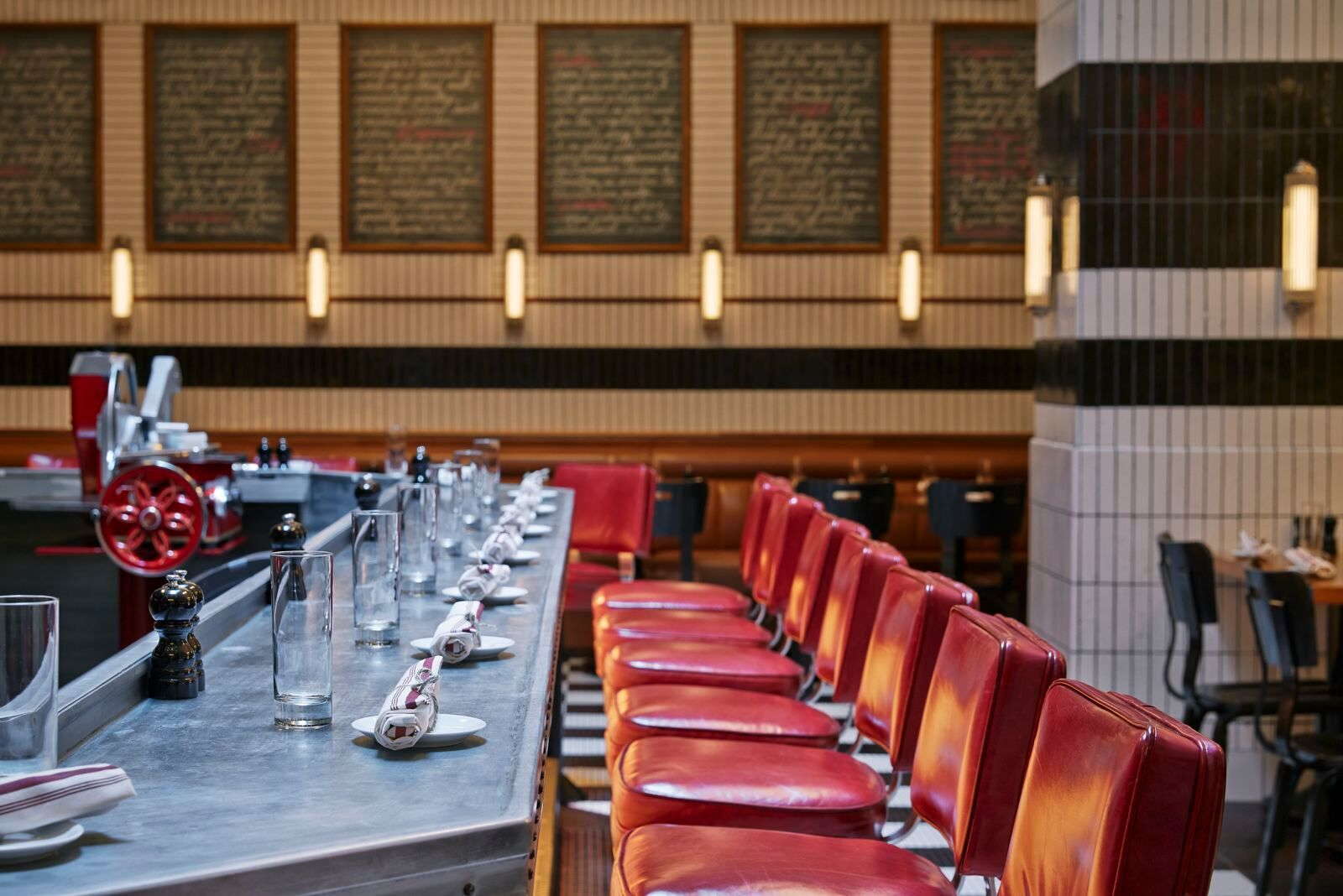 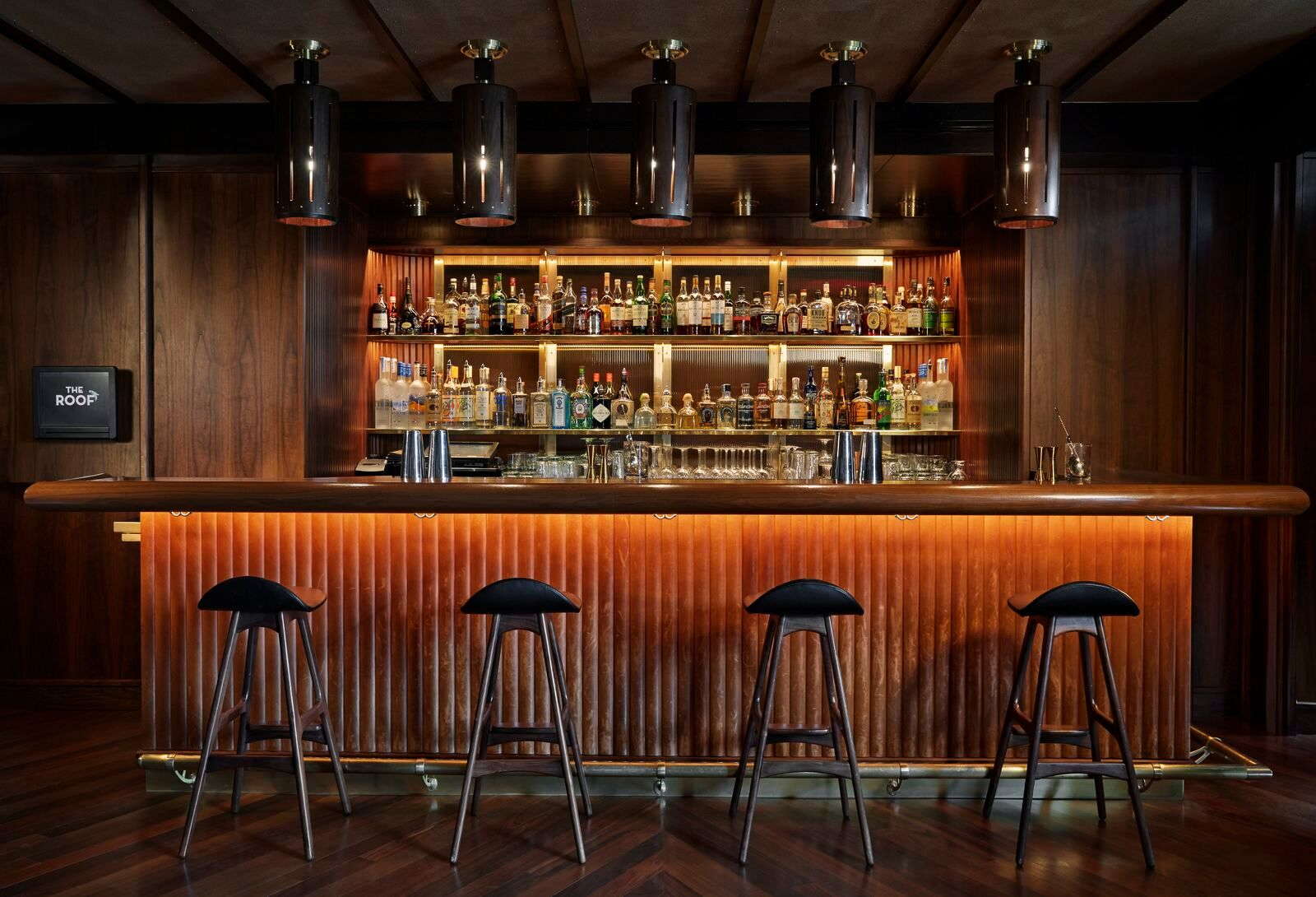