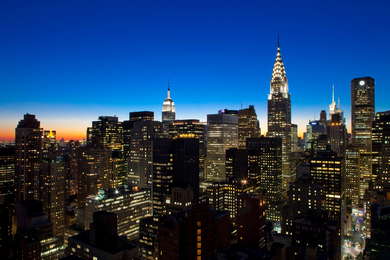 This relic of 1980s New York, a post-modern homage to disco and diplomacy is a gem to experience—if the architectural quirks are the sort you can stomach. These towers with supreme views of the United Nations and all of New York City is a time-capsule of the past—specifically the crystal palaces that the Hyatt hotel chain envisioned as the future in the 1980s when the hotel chain hired John Portman to overtake America with this then-avant-garde aesthetic. This particular property is a Kevin Roche special, and the original details are mostly intact—and that includes the angular room shapes, low-ceilings and skinny spiral-staircase duplexes, as well as the landmarked Ambassador Grill. This is also a hotel designed with heads-of-state in mind, and when the United Nations is in session, security details are as numerous as its guests. Recently, the management of the Millenium changed hands to the Hilton that undertook a $65 million renovation, but expect further improvements in the coming years.

Spread across two towers (east and west), guest rooms at this property quite vary by the line its on. However, most rooms are quite spacious. The muted silvery taupe palette and furnishings that say “modern hotel” really blend into the space and enhance the post-modern angles of the building. Beds and furnishings are comfortable (if a bit weathered) for both leisure and business travelers (the bulk of its guests), with ample seating and working areas. Oddly in a charming way, almost through having blander decor do these spaces have so much personality. The West tower recently upgraded all of its tech into a centralized system, and rumor has it that funds had run out by the time it was time for the East tower’s turn. The views are really something else, whether facing the United Nations or Downtown. 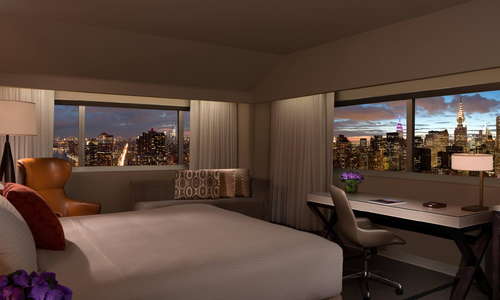 As part of the recent renovations, bathrooms were brought into the 21st century with that ubiquitous marble spa-look with wall-to-wall marble, sleek sink vanities and large lit wall mirrors.

Landmarked for a reason, the sightlines in the lobby’s many sitting rooms, corridors and disco ball atrium are so glitz, so glam, so 1980s New York power architecture—and it is fabulous. Kevin Roche’s beveled diamond mirrors that reflect off all-mirrored marble columns and ceilings make the strut down to the Ambassador Grill that much more thrilling. The landmark status was only a recent development, in fact an emergency evaluation was issued by the Landmarks Preservation Commission to ensure Hilton wouldn’t gut the incredible space, of which the LPC said of the lobby and public rooms: “It isn't often we defend shiny glass spaces—but this one is special."

YOU SHOULD KNOW The lobby is the only access point for both the East and West towers. Guest rooms start on the 28th floor.

Funny you should ask, yes there is an indoor tennis court—the only one in a hotel in all of New York—on the 28th floor. Currently reserved for guests only (and the proprietary Cityview Racquet Club), the hotel offers tennis lessons as well as court time for matches. There used to be a swimming pool (well, it’s actually still there) but it’s closed off in preparation for being converted into something else. But hey, not everyone is looking to be an Olympian here, and yes there’s a normal fitness center with a variety of cardio and weight machines, with views overlooking the UN.

Those who trek to the Ambassador Grill do so for the interior (though with the Hilton Refurb, a few key elements were tweaked). Those turquoise velvet wrap around banquets? Original. That black-and-white marble hooked walkway? Beyond. While the food itself is standard high volume hotel fare, the space itself is enough to distract from the soggy fries and over salted soup. The Ambassador Grill also serves as the in-room dining kitchen.

YOU SHOULD KNOW For Hilton elite members, there is the Skyline Lounge which offers breakfast and snacks throughout the day. 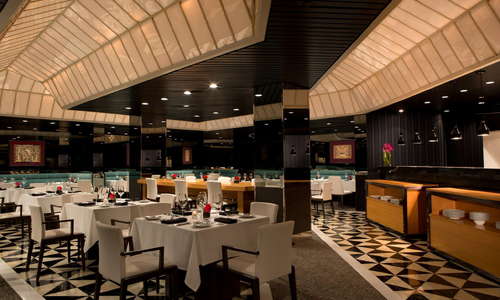 The Ambassador Grill is also the hotel’s defacto imbibing establishment with a bar and lounge area adjacent to the restaurant. 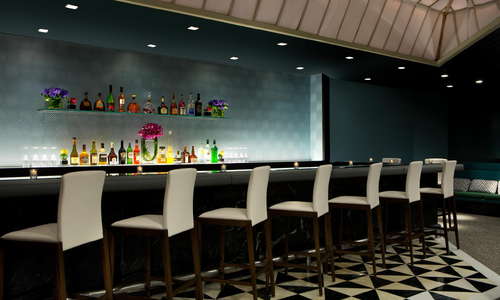 Being the United Nations, there are a slew of smaller mom-and-pop eateries from nations across the globe. Go explore the immediate area for some unique finds.

It’s a travesty to be near Grand Central and not go to the Oyster Bar (10-min walk). Sure the gin is rotgut and the crowd is Bridge & Tunnel, but their freshly caught oysters (and famous Dutch Herring week) and wood-paneled walls chant the call of a true New York classic. Being a commuter area, the bars in the immediate environs cater to the lot, but the wonderful Cock & Bull (10-minute walk), which skates a fine line between authentic and kitsch, is an homage to the Great British Public House. Pints and Bangers abound! (But really, make sure to order mashed potatoes.)

Sure, the hotel is stuck in a time-capsule, but it's a particularly cool one...that feels like a disco-ball headed to Mars. There's work to be done, but this unique property is a special stay. 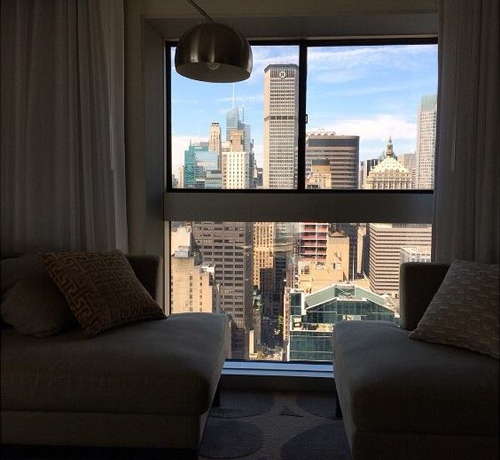 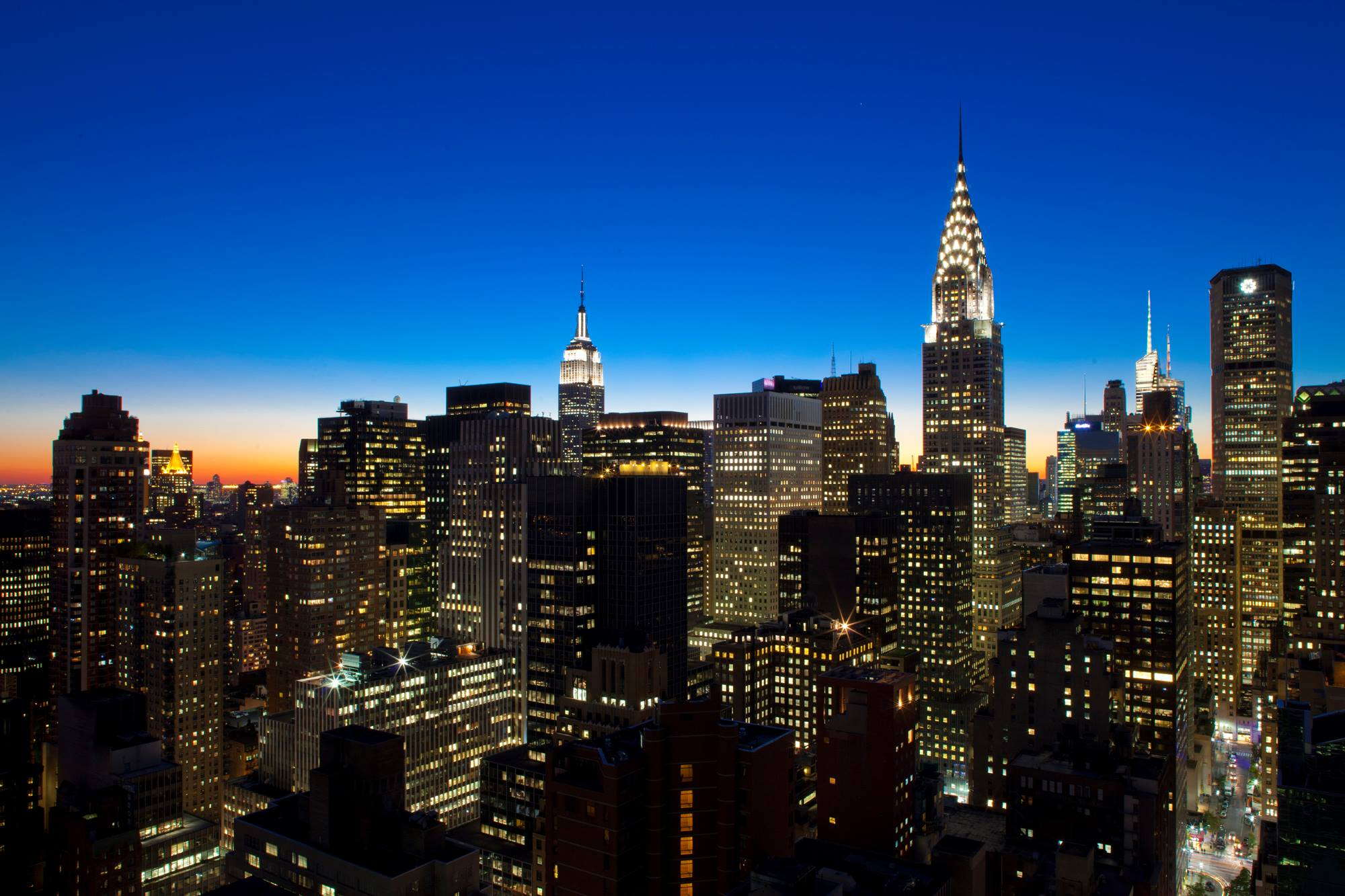 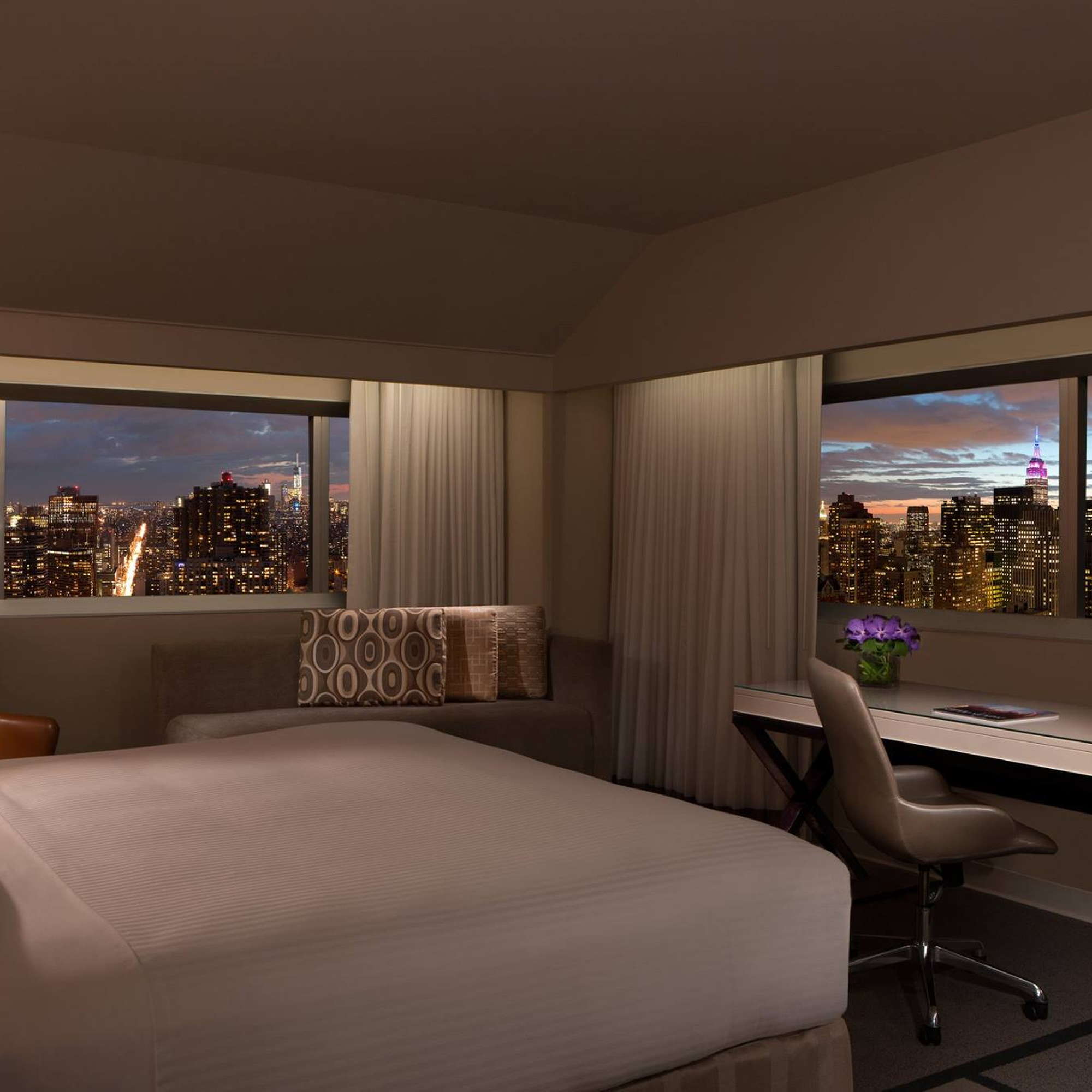 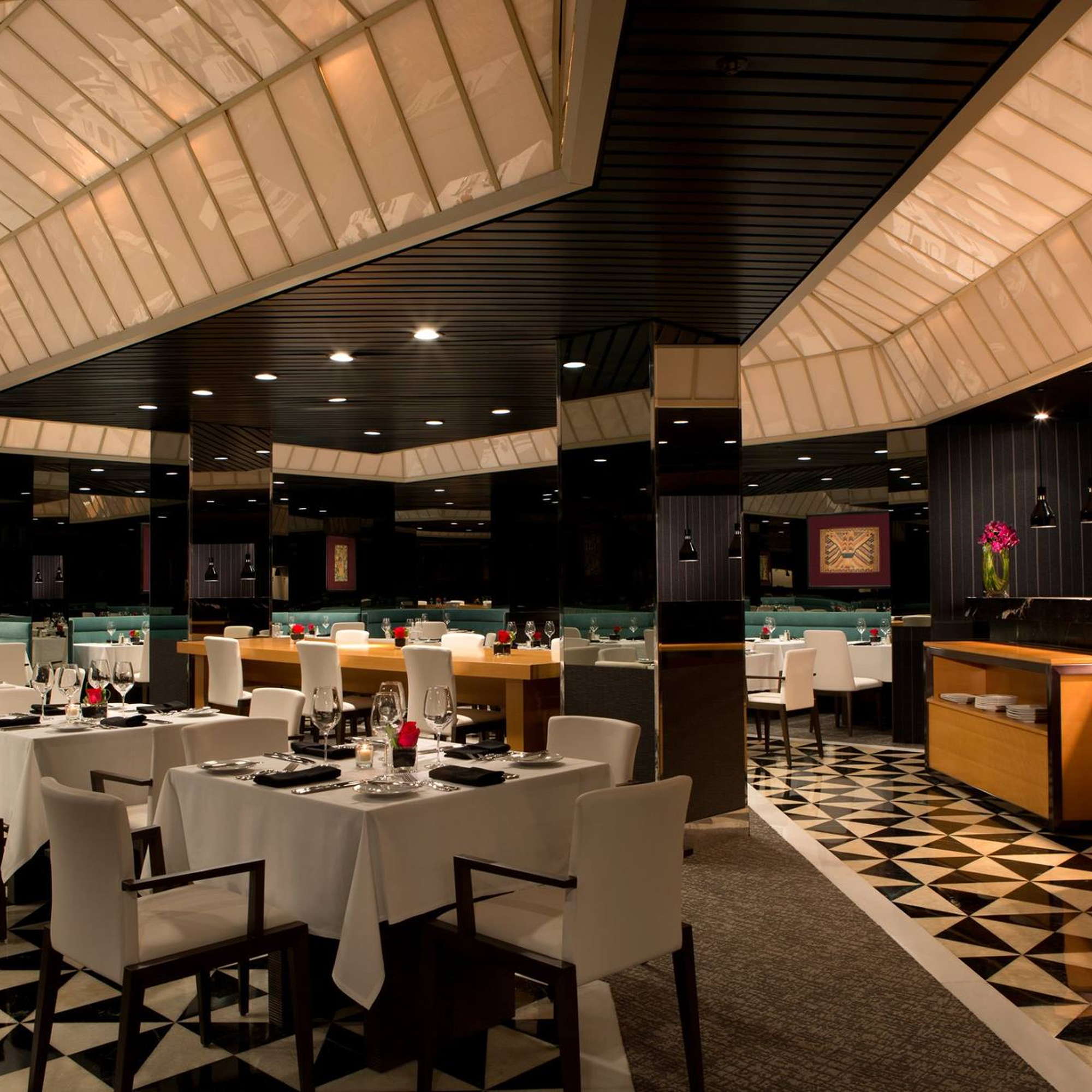 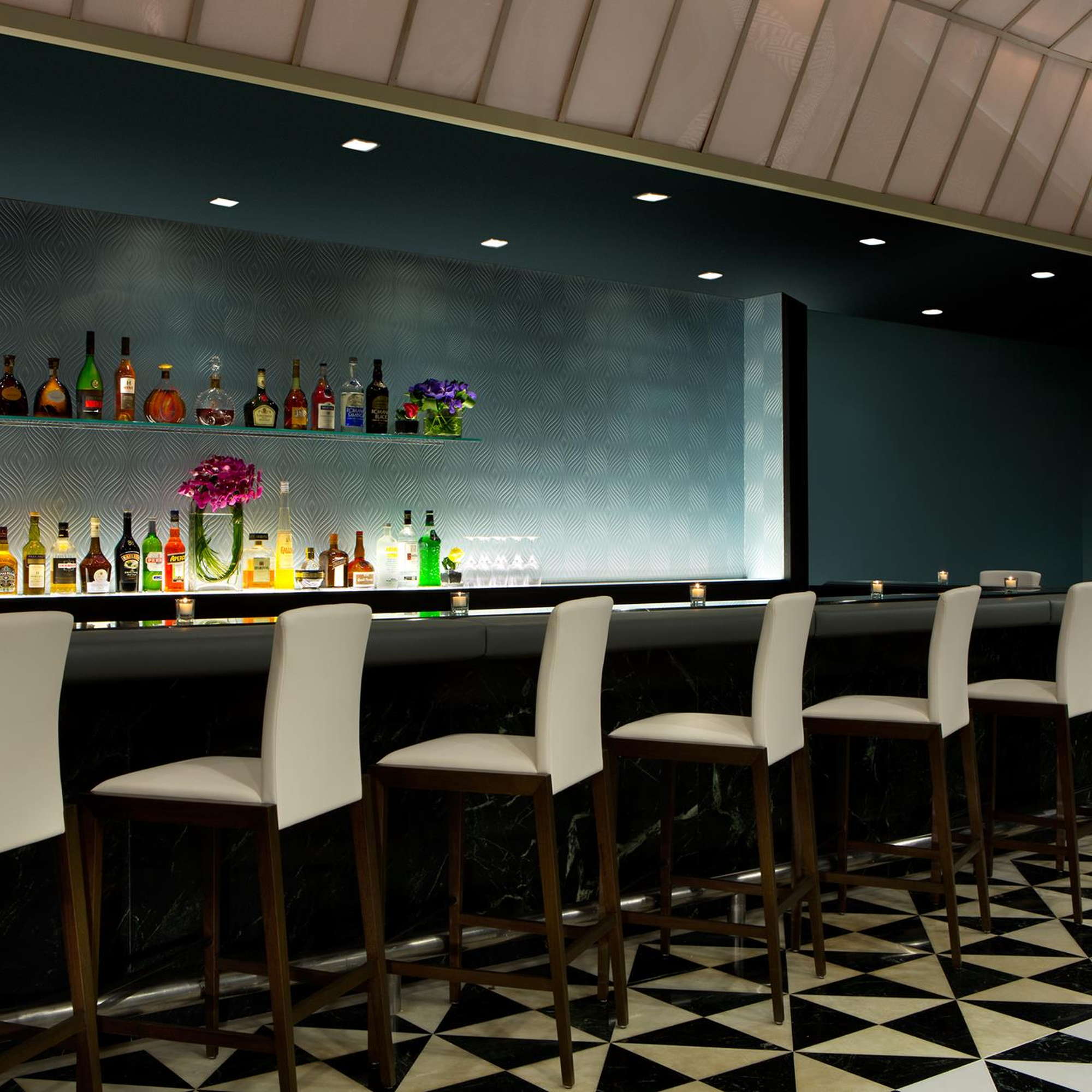