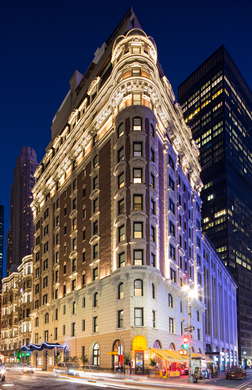 Certainly the grander of the two Dream hotels in New York, the Dream Downtown lacks the chintz of Midtown but adds the cheeky charm of a wild night out downtown. Furniture made for a frolic, a decadent pool-bar, a sultry Sushi emporium—the Dream Downtown has been designed as a destination, which after 5 years it still is. All the while, however, the rooms offer a semblance of comfort...or at least, a feather-soft land after the champagne crash.

Long narrow corridors divide rooms into those facing Midtown to the north with uninterrupted views, and those facing south, a portal to skyscraper sprawl. Low furniture—platform (lived-in) beds, animal skin ottomans, weathered club chairs—for falling into dots the spacious rooms. Whether at standard or deluxe room levels, the Dream Downtown feels like a proper hotel room—not an apartment—where fantasy and mystery are included in the rate, even if concept rules over comfort. With the pool being a main draw to the hotel, there is an entire floor of guest rooms with patio-side access to the pool.

YOU SHOULD KNOW Think you hear your neighbor snoring? You probably are. The walls are somewhat thin for a place of such decadence. On higher floors (which house the good rooms), the thumping bass and bacchanal screams of PHD and Guesthouse are so close, it’s like you’re actually there. 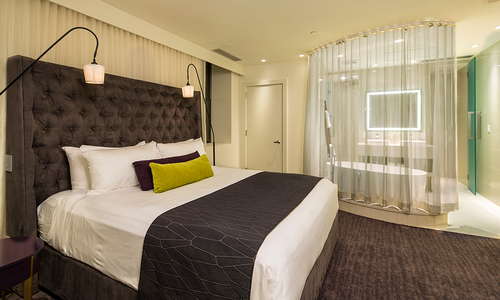 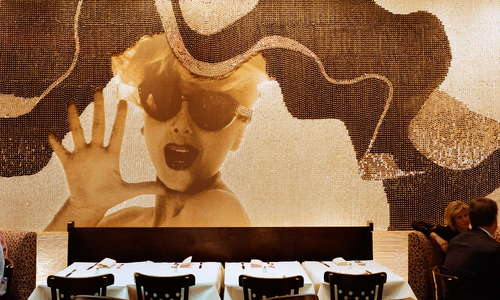 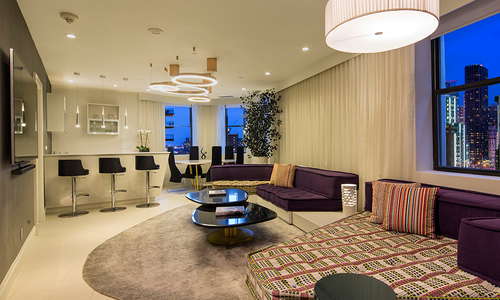 Downtown offers the sorts of bathroom amenities expected of a 4-star—or at least a place where you’re checking out in the same clothes as you checked in. Toothbrushes, mouthwash, razors. Personal hygiene essentials. After a wash in the water-bucket-esque rain shower, unless the suit’s too rumpled, one might never suspect last night’s affairs. As for those with a more leisurely agenda, the shiny tile and globe lamp corridor might feel a little too utilitarian, even if that lighting erases decades off the face. 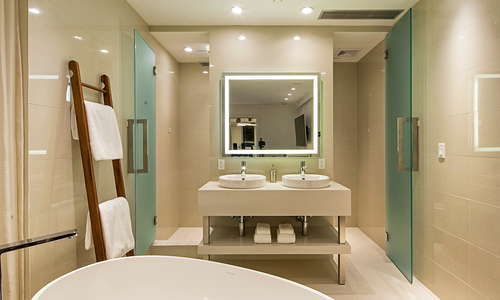 The heart of the whole operation, the Downtown’s lobby has a rotating roster of art displays, a lobby bar, the elevator to both the infamous PHD club and the Beach (poolside bar), and Bodega Negra, the on-site Mexican joint, a hair salon (IFG) and of course, the concierge. Polished in chrome, leather and velvet, with tropical trees galore, the Downtown’s lobby

YOU SHOULD KNOW It might be seem like that sort of place, but the staff at the Dream are very friendly and service-oriented. No models with attitudes here. 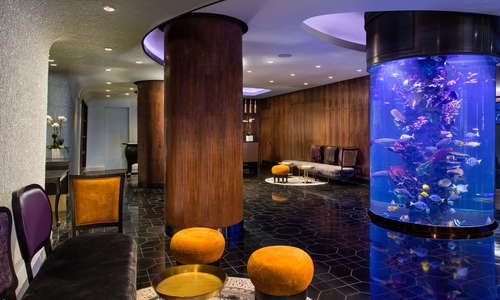 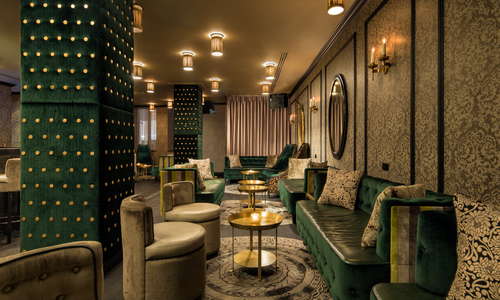 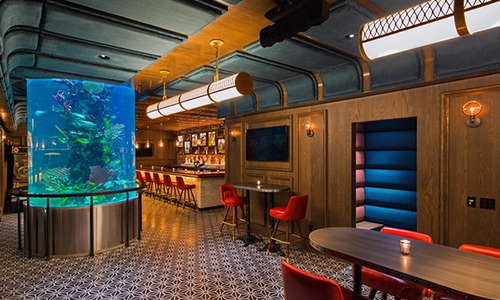 Heated and open all year round, the pool is called The Beach around these parts (since it has, after all, a strip of sand to stand in). It’s raucous summer soirees, of all day-DJs and babely bodies splashing about.

YOU SHOULD KNOW Guests are guaranteed access, but during the warmer months, the all-day pool passes sell out on weekends. No secluded swimming here.

No true spa, per se, but massage services are available (book with the concierge)

Open 24-hours, the gym overlooks through the hotel’s porthole windows, The Beach, the Dream’s infamous pool area (more on that below). Wood-paneled and snug, the gym offers a the standard cardio machines, a bike and an area for weights/yoga/stretching.

Large sumptuous showers for a post-workout rinse are just down the hall of massage rooms.

The Dream Downtown clearly doesn’t want its guests to go hungry. In addition to an extensive all-day room service menu, or should I say binder?, there is not one, not two, but three, well maybe really four eating establishments on site. Bodega Negra serves as a its fine fast-casual Mexican joint that’s frequented by locals for its stylish but similarly priced fare; Megu serves as its paparazzi-bait glitzy Japanese where celebrities and the glitterati come for sushi and martinis; The Beach, that same one, has its own grill where bite-size finger foods fight off any drunken frenzy that arises with too much sun and fun. 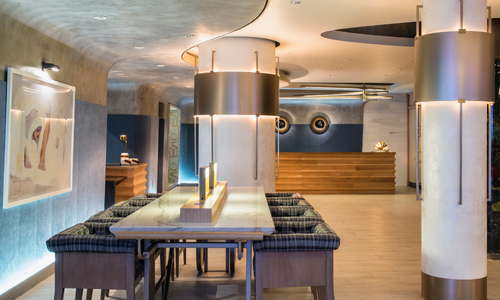 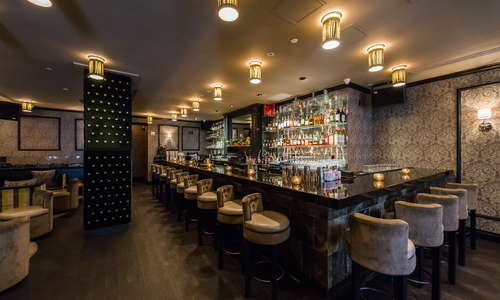 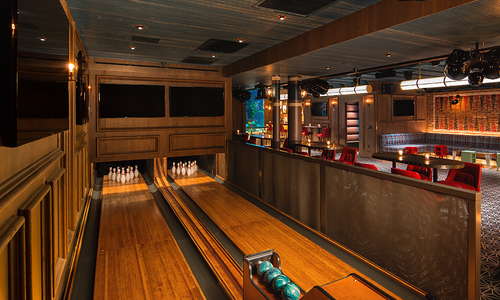 The Dream has always had a glamorous (and amorous) reputation, one prompted by PHD. On the outer edges of in the Meatpacking district, the Dream Downtown continued in line with the former abandoned beef packing hub-turned-ultra VIP club destination with PHD, a late-night, neon-light models-and-bottles den of debauchery on the rooftop floor of the hotel. But this is the Dream. One club isn’t enough—and below deck is the Electric Room, the downstairs British rock n’ roller’s answer to a sultry, secrets-stay-here cocktails and dancefloor. And for those who simply need a drink after a long day, out open in the lobby is a bar, flanked by velvet couches and tropical plants 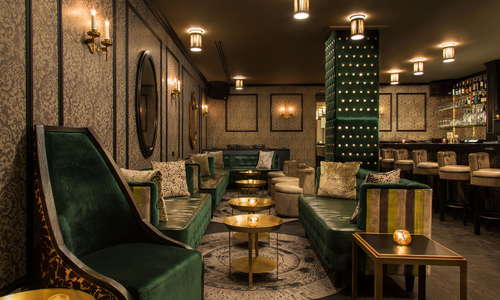 Located on the west side of lower Manhattan, the closest trains to the Dream Downtown are the A/C/E lines at 14th street (exit at the 16th Street station). 14th Street is a major thoroughfare with every train line stopping along different avenues, and there’s even the L train which brings you from 8th Avenue to 1st Avenue on 14th Street.

Chelsea is a known culinary desert, except for American Nouveau outpost, Cookshop (5-minute walk), but with Chelsea Market (1-minute walk) around the corner from the hotel that has countless food stalls and restaurants, it’s a foodie’s paradise.

Meatpacking and Chelsea are late-night neighborhoods that established Manhattan as an international partying capital, from Cielo to 1Oak to Avenue to Marquee that all once began with the phenomenon of 27th Street, which in the end, served as a cautionary tale for nightlife. Just google it. But it is also possible to have a sophisticated drink with a bit of theater that doesn’t involve frenzied lines of people waiting outside. Instead head to the Tippler (4-minute walk) for inventive cocktails and yummy bites in a brick warehouse basement. If a faux-speakeasy with a Victorian vibe, there’s Bathtub Gin (4-minute walk) or further up in Chelsea is steampunk fairy garden of delights, Gallows Green, operated by the same team as choose-your-own-adventure play Sleep No More.

More than five years in, the Dream Downtown has been able to maintain its place in the neighborhood as a let-your-hair-down destination for debauchery. And yet, it’s also a 4-star hotel, with services and amenities befitting a leisure traveler who’s never heard of 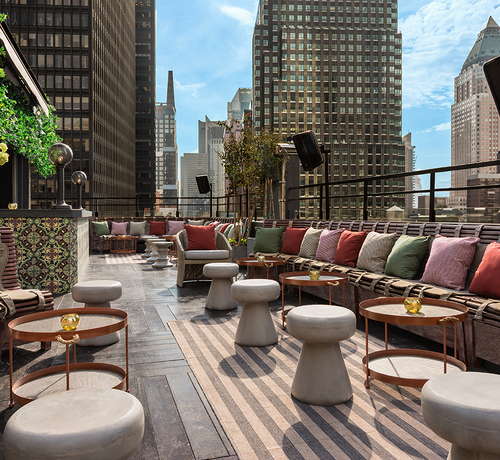 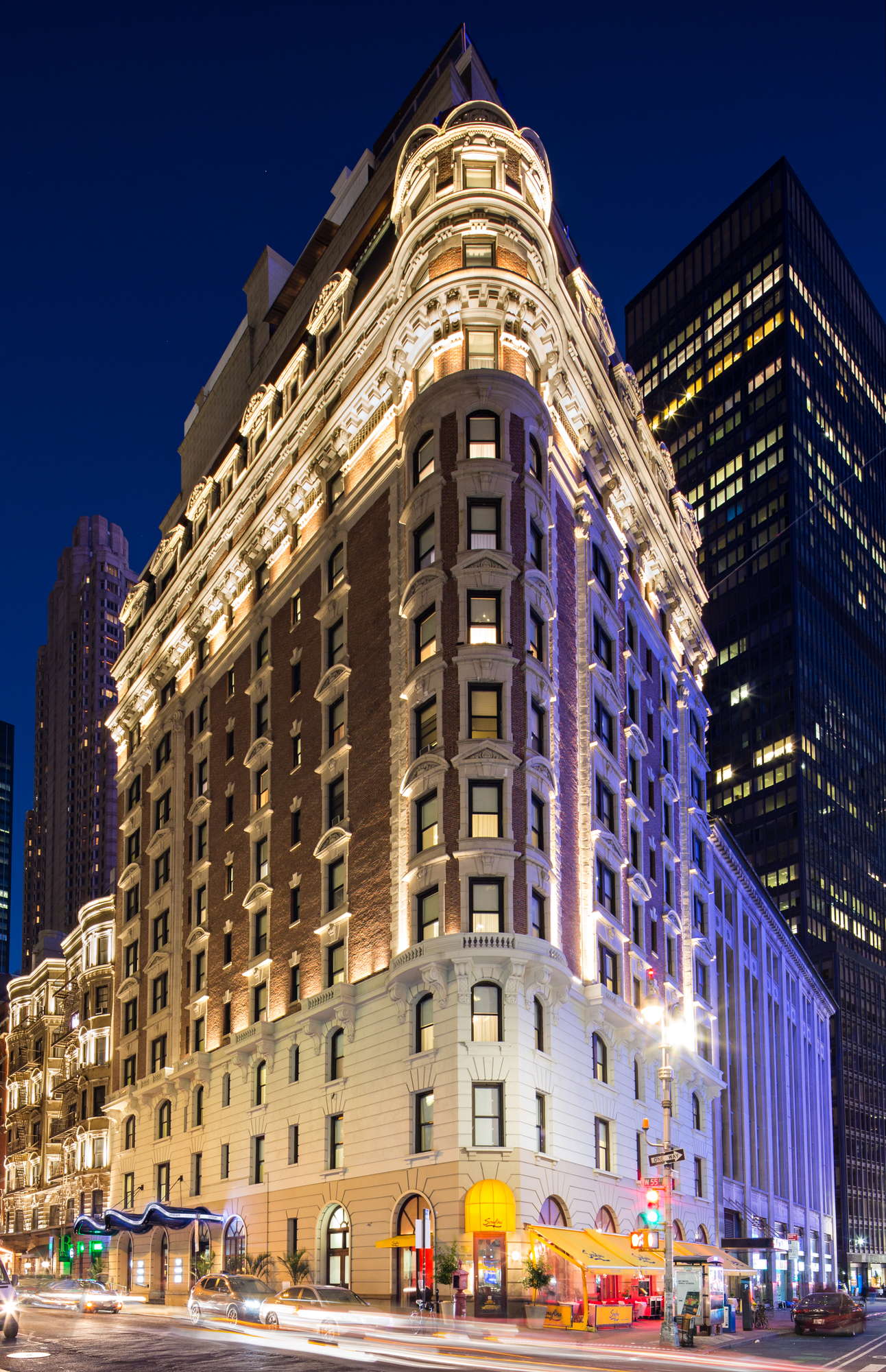 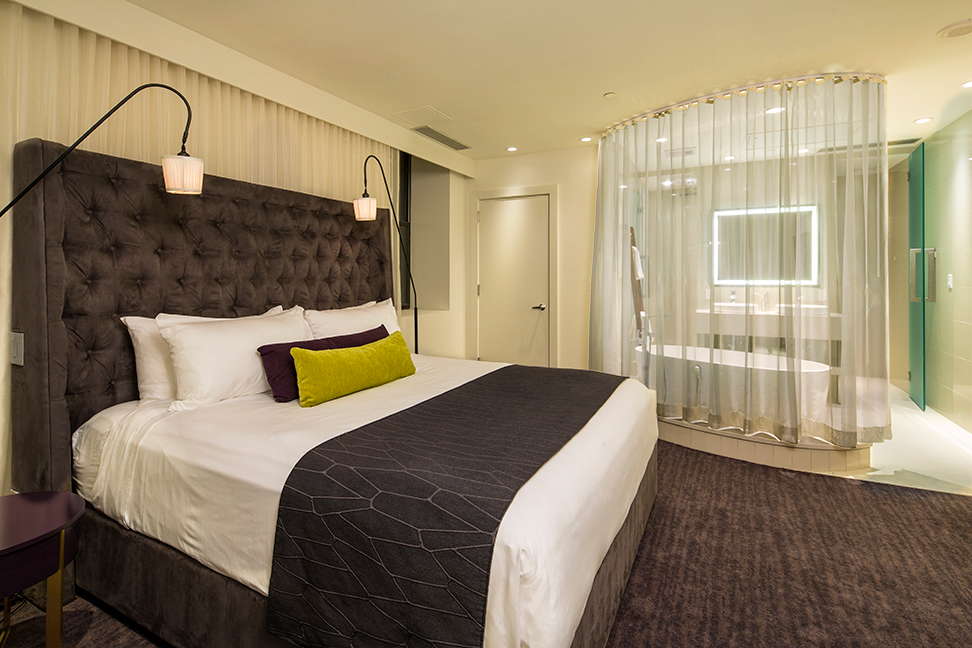 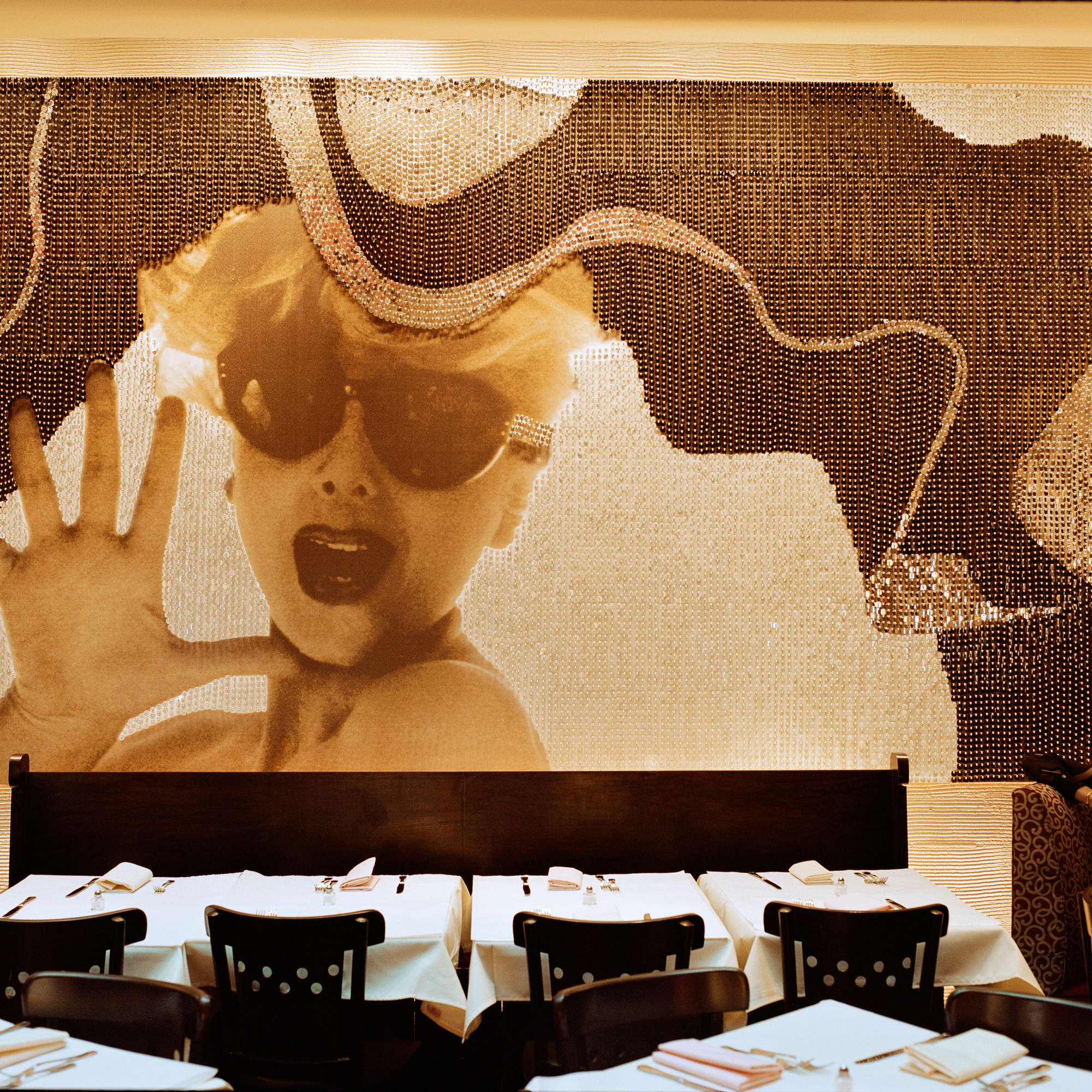 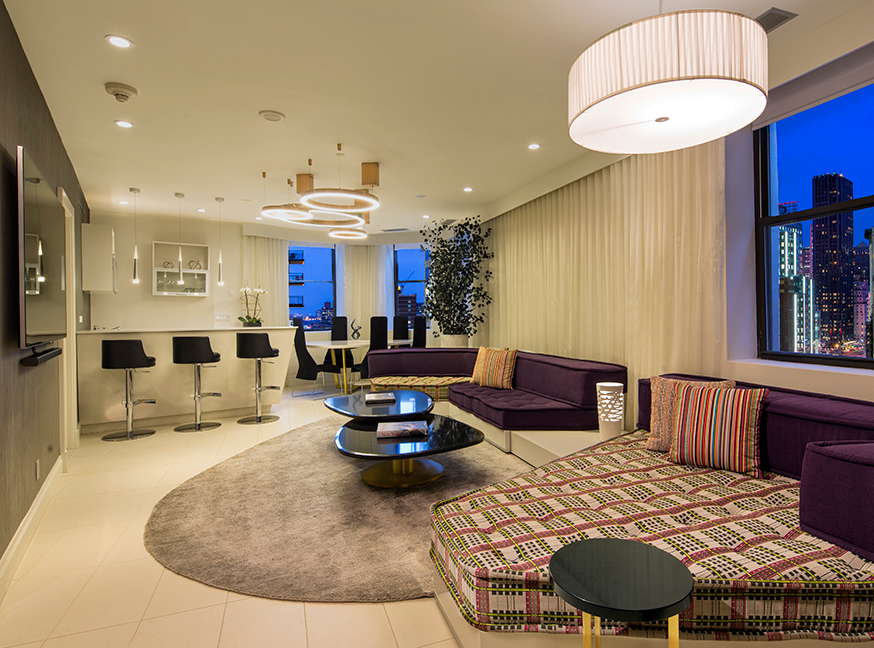 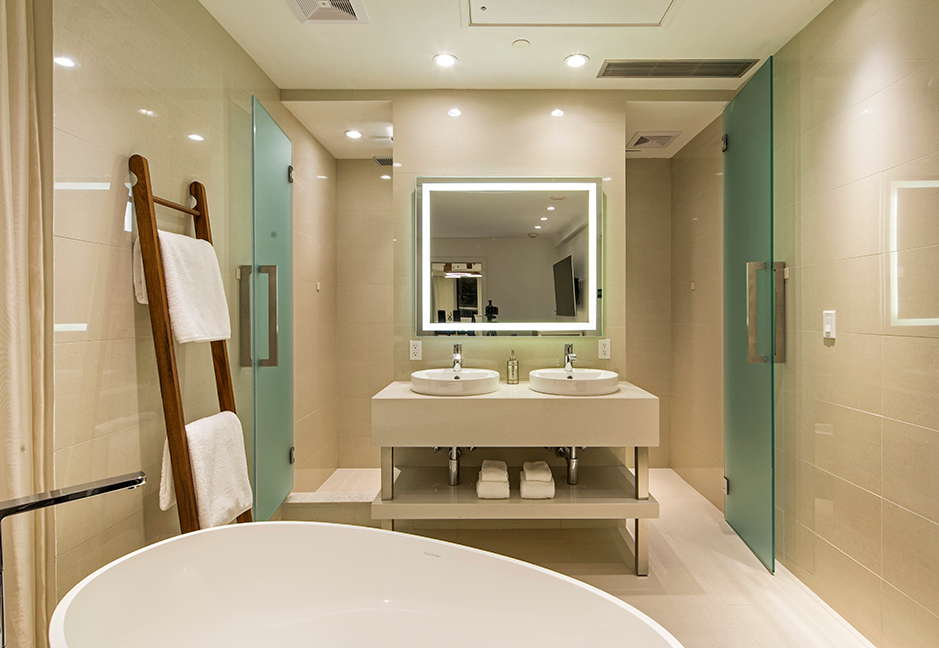 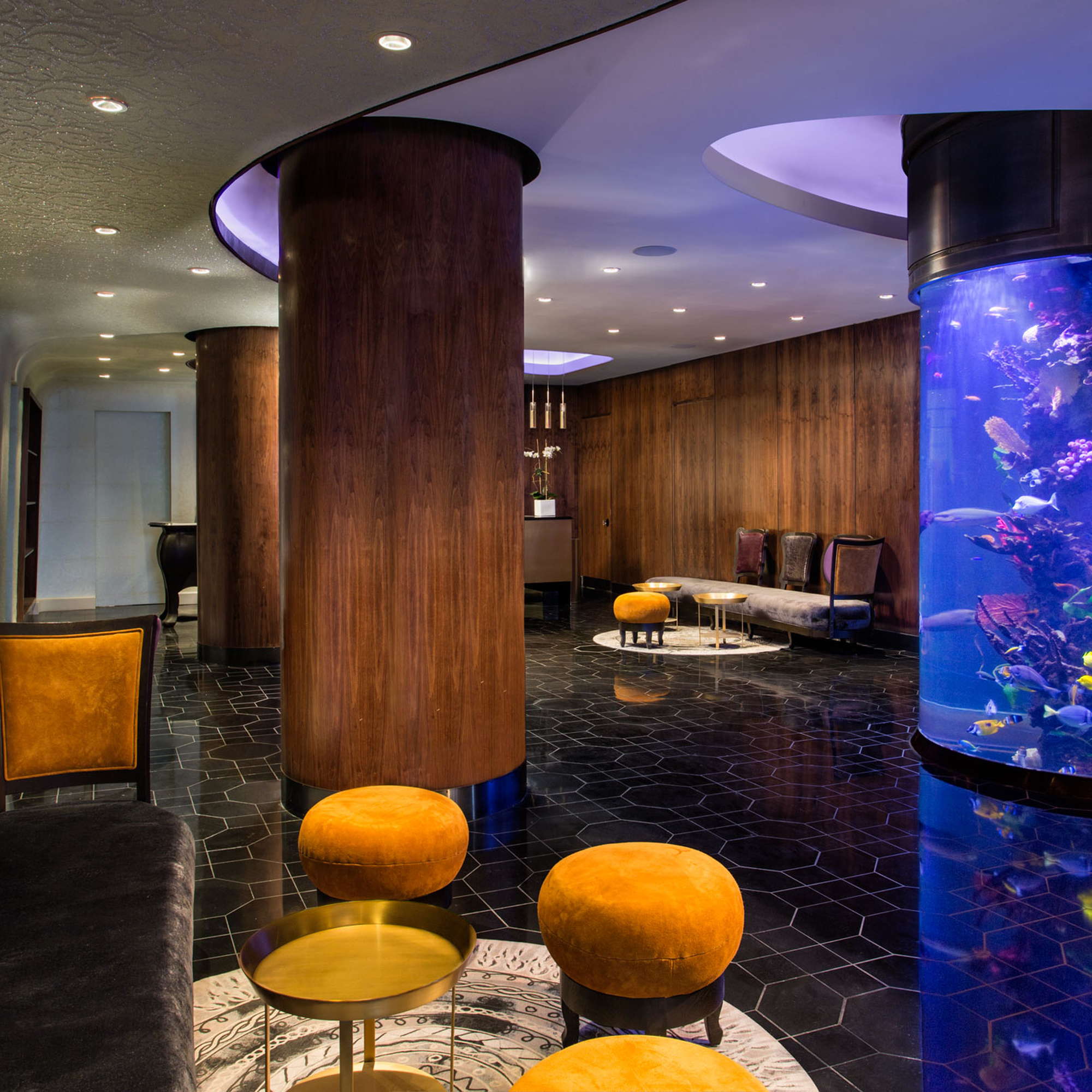 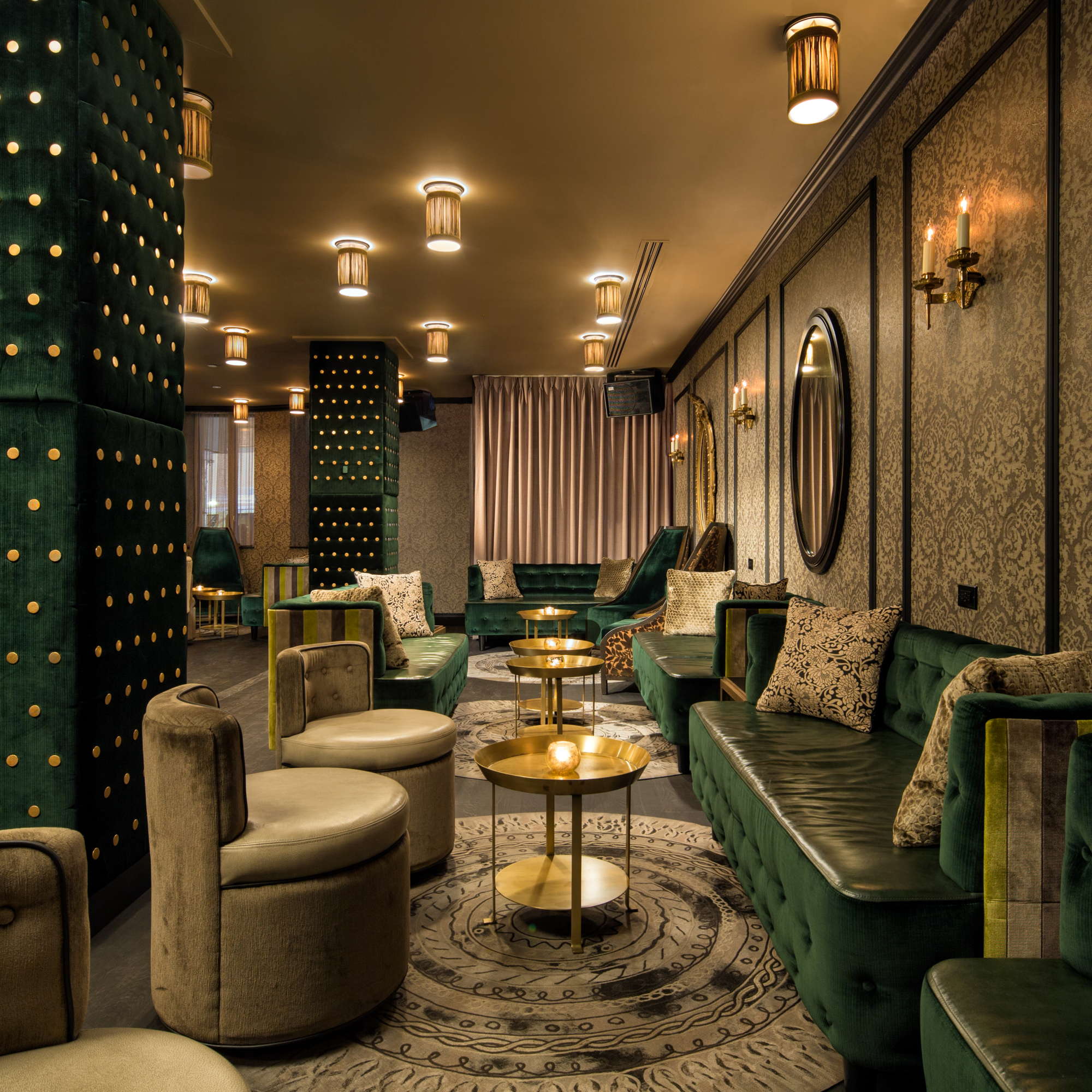 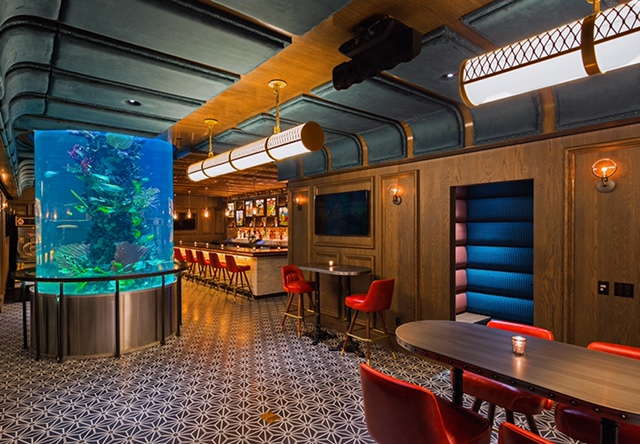 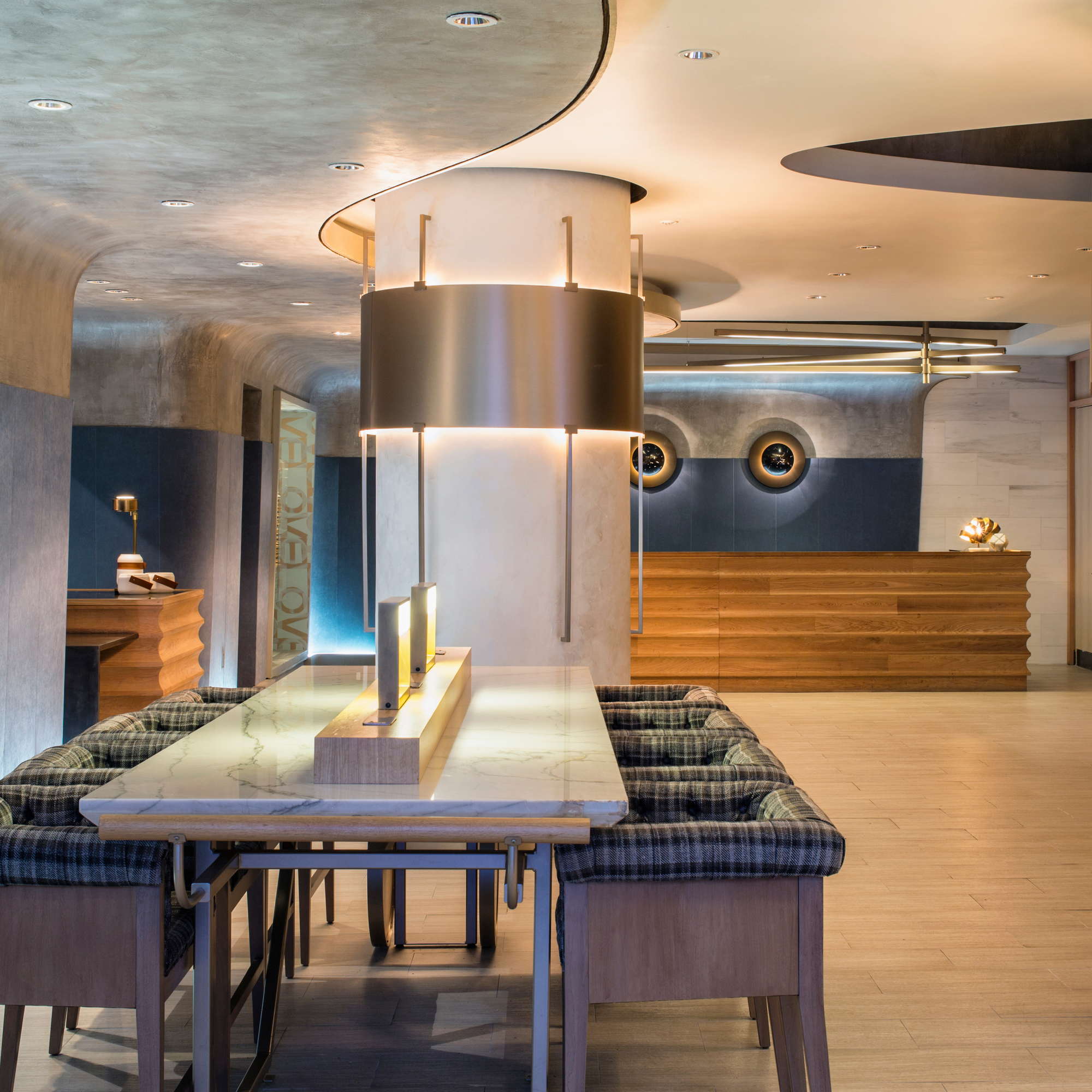 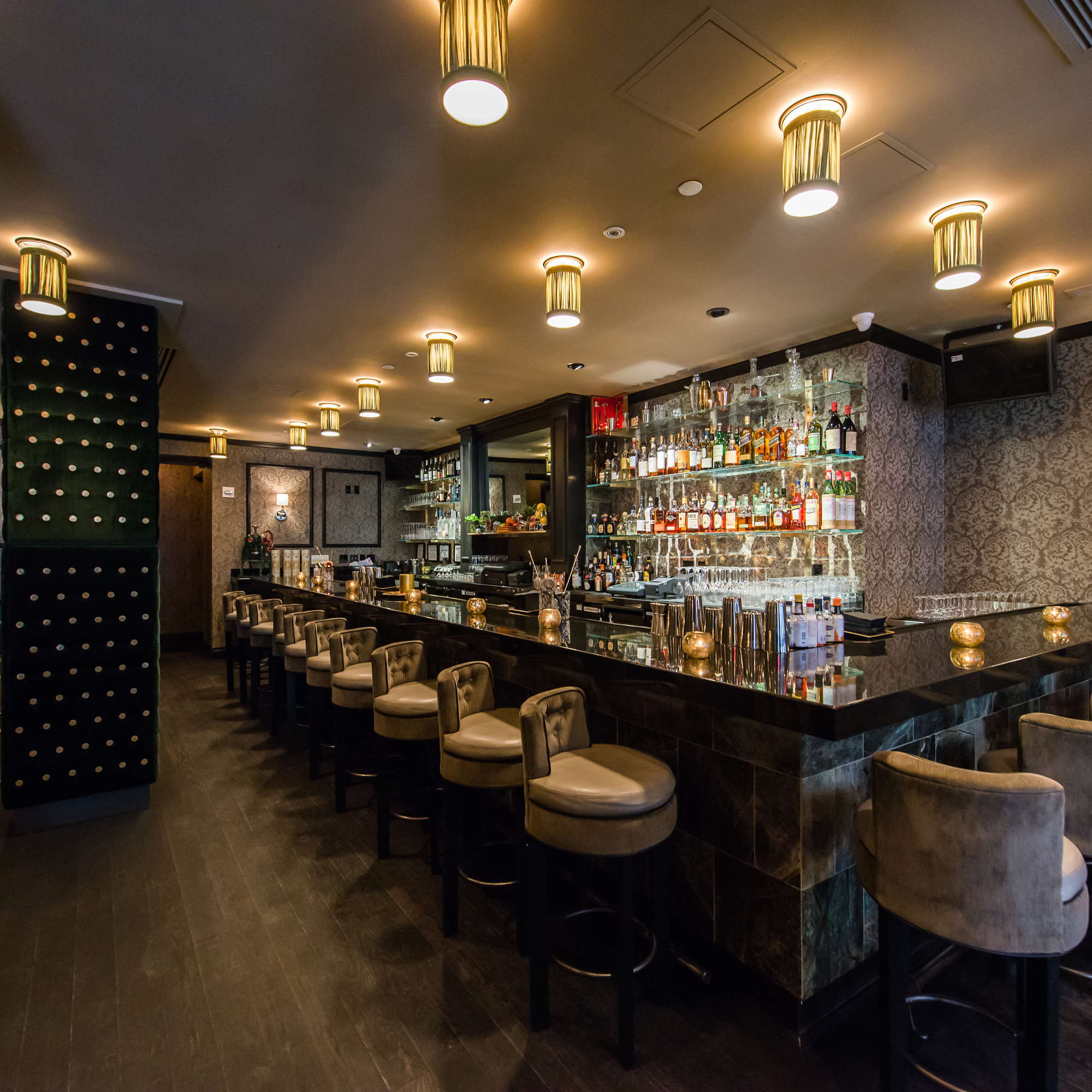 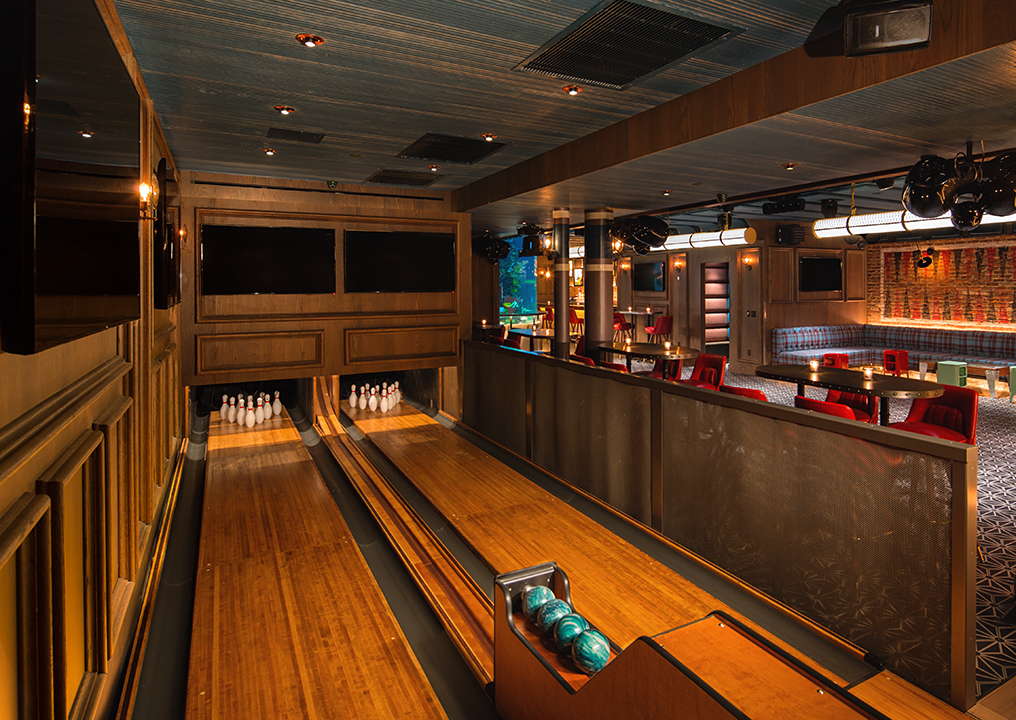 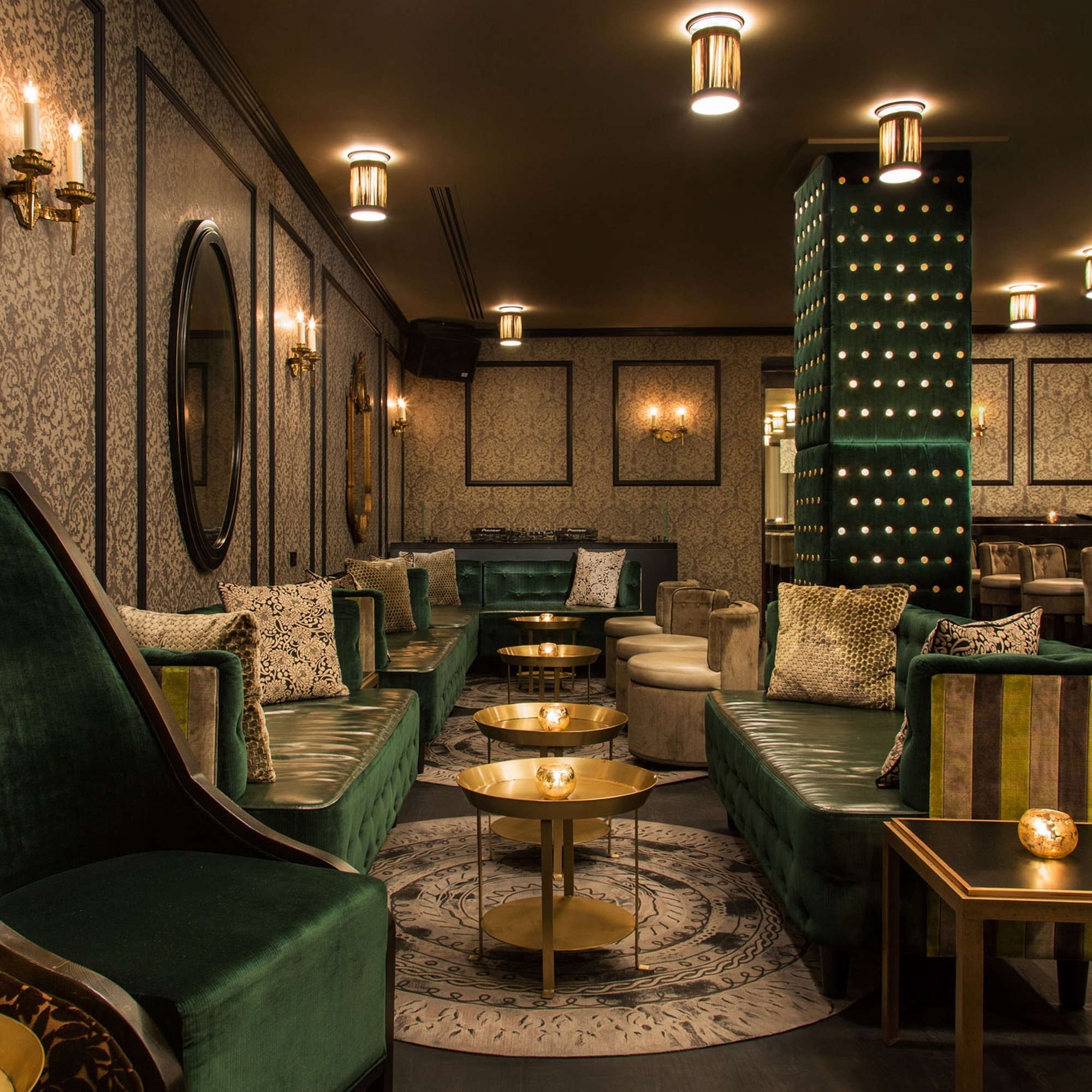