Why Queens Is the NYC Borough You Can No Longer Ignore

Wonderfully diverse Queens—home to the greatest concentration of cultures not just in New York City, but on the planet—has no shortage of fascinating immigrant enclaves and foodie-magnet international eateries to explore. Nor does the borough lack for its arts appeal, harboring cultural heavyweights like MoMA PS1, the Noguchi Museum, and Queens Museum. Still, the borough's obvious, yet under-the-radar, lures have long been reserved for in-the-know locals and adventurous travelers.

Today, Queens is in the midst of a renaissance, due largely to an influx of the city's creative class; long since priced out of Manhattan and even Brooklyn, they're finding a new haven in this more affordable and space-affording borough, bringing with them a fresh wave of hip markets, microbreweries, comedy clubs, and more. Add to the mix a new crop of affordable boutique hotels, reimagined waterfront spaces, and improved cultural institutions, and you'll see why Queens can no longer be overlooked—so put it on your travel radar now. 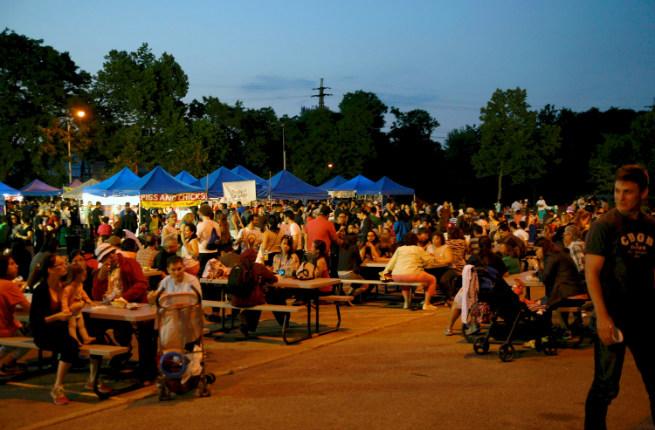 Global cuisine may just be what Queens does best, but if you can't pick between the borough's bountiful culinary offerings, simply look to a bevy of new, food-focused markets that are primed for some palate-pleasing sampling. Kicking off July 11, Brooklyn-born Smorgasburg will debut a Long Island City outpost running on Saturdays, situated in an outdoor lot/indoor building just next to foodie favorite M. Wells Steakhouse. Chow down on international fare from more than two dozen Queens-based vendors dishing out Thai noodles, Colombian arepas, Korean BBQ, and more.

Smorgasburg follows on the heels of instant-hit newcomer Queens International Night Market, which debuted in April as a Saturday-evening alfresco affair inspired by the street food markets of Asia. More than 80 independent vendors (mostly food stands) serve up an exotic spread with affordable (and adventurous) global dishes like Trinidadian shark sandwiches, Burmese palatas, and more. On hiatus through June, the market is scheduled to return over the July 4th weekend, in the New York Hall of Science parking lot at Flushing Meadows–Corona Park. 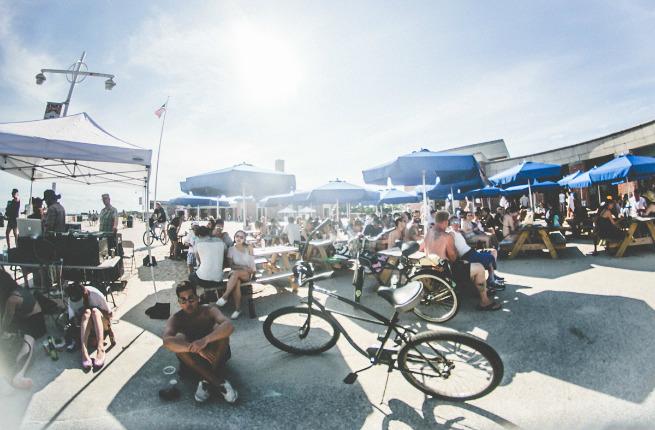 There's a new reason to hit the beach in Queens this summer. The team behind the buzzy Brooklyn Night Bazaar (which recently closed its space in Greenpoint) debuted the Riis Park Beach Bazaar in the Rockaways in May, where they've signed a five-year lease to develop food and beverage as well as cultural programming at Jacob Riis Park Beach. The new waterfront locale will pair the market's signature entertainment (including free weekend concerts) and homegrown dining and drinking options (try homemade ice cream from Ample Hills Creamery or chicken-and-waffle cones from The Brooklyn Star) with a newfound surf-and-sun setting, spread out over a large pavilion, food concession stand, and mobile food-stand pop-ups. Expect, too, beach chair rentals and beachy activities like a volleyball league, sand-sculpting contests, kite-flying fest, and more, as well as vendors for arts and crafts, vintage clothing, and services like tattooing and tarot reading.

Get Your Beer (and Booze) Here 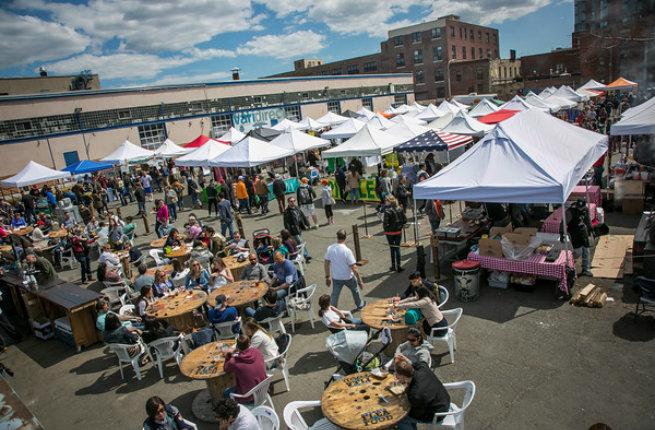 Queens has been at the epicenter of a microbrewery explosion in recent years, transforming the borough into a pilgrimage point for craft-beer lovers. Sample the borough's best at a brand-new outdoor all-Queens beer garden, which debuted at the three-year-old LIC Flea & Food weekend market in Long Island City in May. Discover draft beer from six Queens breweries, including Rockaway Brewing Co. (their brewery and tasting room, with rotating taps and pop-up food partners, is just across the street), Big Alice, SingleCut, Bridge and Tunnel, Queens Brewery, and Finback, and pair a cold brew with fare and wares from about 80 local vendors in the adjacent flea market.

Also in Long Island City, tucked under the Pulaski Bridge, hit up the tasting room at yet another brewery, the year-old Transmitter Brewing, known for its small-batch, Belgian-style farmhouse ales. (Rockaway, Transmitter, Big Alice, and the most recent newcomer, LIC Beer Project, all located within a mile and a half of each other, jointly collaborate on a special beer walk—pick up a map at any participating brewery.) Or, look to the Glendale neighborhood, where Finback Brewery opened a tap room in May 2014 with public tours and tastings; they've since doubled their barrel inventory and introduced rotating art installations.

For spirits, the Astoria Distilling Company, makers of Queens Courage (an Old Tom–style gin, made with New York State ingredients), is readying to open its Long Island City tasting room later this year—marking the first distillery to operate in the borough since Prohibition. Elsewhere, in the up-and-coming neighborhood of Ridgewood, the expansive outdoor bar Nowadays debuts June 18. Helmed by Justin Carter and Eamon Harkin, the duo behind the ever-popular Mister Saturday Night and Mister Sunday parties, the space promises picnic tables and burgers, honey locust trees and grassy hills, and Ping Pong and bocce ball. 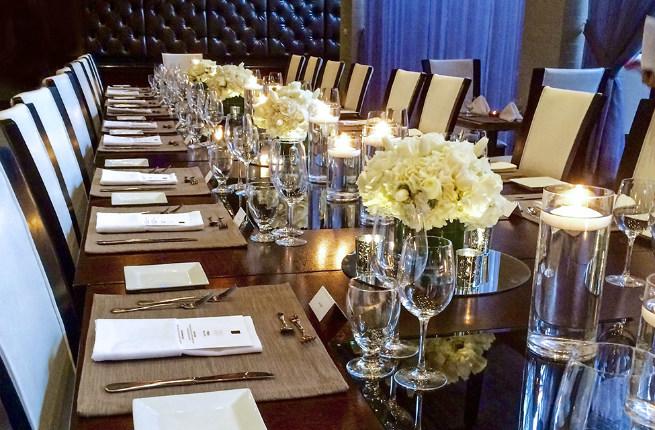 New Yorkers are already well aware of the clout behind Queens's global food scene, so it's no surprise that four restaurants (a record for Queens) garnered Michelin stars here for 2015: Casa Enrique (serving haute-Mexican) and M. Wells Steakhouse in LIC; Danny Brown Wine Bar and Kitchen, for its informal French, Italian, and Spanish cuisine in Forest Hills (a spin-off is in the works for a second LIC location); and Zabb Elee, serving Thai in Jackson Heights.

Not starred, but noteworthy nonetheless as newbies on the local restaurant scene are: Villa Enrico for mouthwatering Italian seafood served in an elegant subterranean space in LIC's Z NYC Hotel (don't miss the upstairs rooftop lounge for stellar city views). Also in LIC, look out for Mu Ramen, being touted as amongst the city's best for Japanese noodle goodness (helmed by a Per Se alum); while in nearby Astoria, Tacuba pairs gourmet Mexican with fresh-ingredient cocktails (some of which are festively served in carved-out pineapple husks). 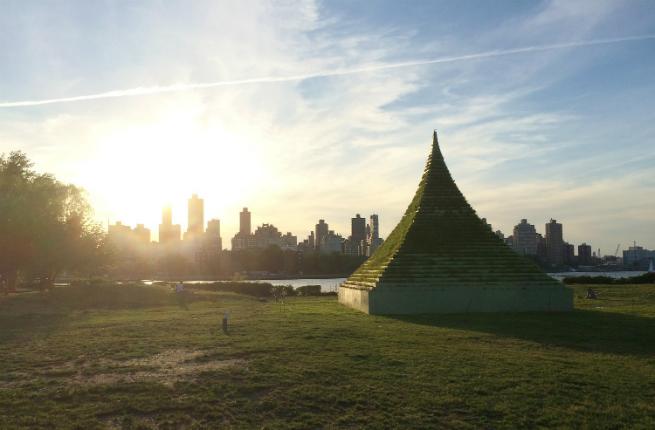 Several of Queens's major cultural institutions have undergone major revamps in recent years. The Queens Museum (known especially for its meticulously detailed diorama, Panorama of the City of New York) underwent a $69 million expansion a year and a half ago that doubled the institution's size with expanded galleries, a new sky-lit atrium, and artist studio wing (site of an international artist residency program).

In 2011, the Museum of the Moving Image, in Astoria, completed an equally massive, size-doubling $67 million revamp that added new galleries, theaters, and a courtyard. It, along with neighboring cultural players like Kaufman Astoria Studios and the Queens Council on the Arts, now fall within the Kaufman Arts District, a 24-block arts district that was created by the city in 2014.

In Long Island City, the SculptureCenter, set in an old trolley-repair shop, was significantly overhauled in fall with a new lobby, expanded gallery space, and enclosed courtyard area for outdoor exhibitions and events; the institution showcases rotating exhibitions of contemporary sculpture. Easily visit the SculptureCenter, and other LIC cultural powerhouses (Socrates Sculpture Park, The Noguchi Museum, and MoMA PS1), courtesy of the free LIC Art Bus, an initiative that's now in its second year, and makes navigating the LIC cultural scene a breeze (it shuttles visitors between the four institutions on weekends, through September 13, 2015). Of special interest this summer at Socrates, check out the large-scale installation The Living Pyramid, by Agnes Denes, and a full roster of special free summer events, like a sunset performance by the Metropolitan Opera on June 24. 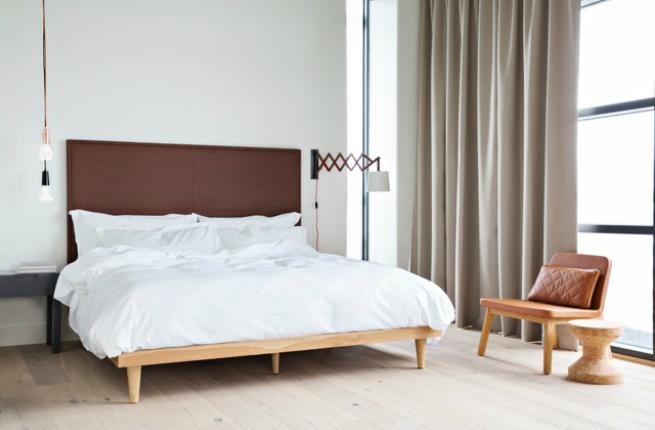 Queens is fast-rising as a lodging hub, with just over 100 hotels now open, and another 50 or so currently in development (check out our picks for the 10 Best Hotels in Queens). Long Island City, with its one-subway-stop-from Manhattan location, has been at the epicenter of the activity with newcomers like the year-and-a-half-year-old industrial-chic Paper Factory and artsy hostel The Local. Next up is design-centric Boro Hotel, opening in late June with 108 industrial-loft-like rooms touting floor-to-ceiling windows (many with balconies) overlooking the city. Further afield in Flushing, the year-old Hyatt Place Flushing/LaGuardia Airport Hotel offers sleek guestrooms and public spaces, including a heated indoor rooftop pool. 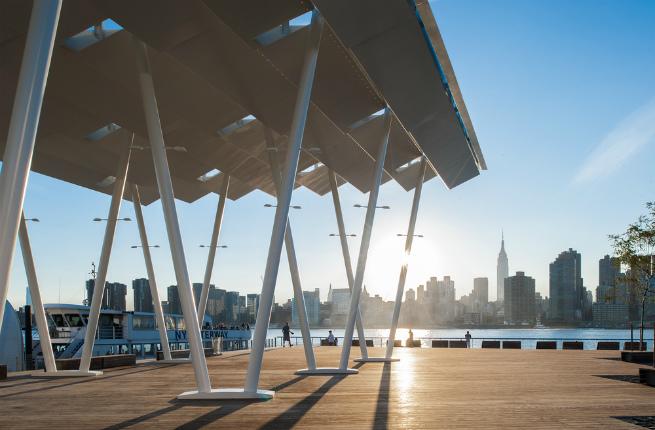 Forest Hills Stadium, which reopened in 2013 after a nearly 20-year closure, is back on the scene, attracting big-name acts like Van Morrison, James Taylor, Alabama Shakes, and Santana, all summer long

Queens is fast-emerging as a comedy hub, attracting priced-out comedians from Manhattan/Brooklyn to intimate venues. Newcomer The Standing Room (from the same team behind Manhattan's The Stand) debuts in Long Island City in late June, pairing regular comedy acts with signature cocktails and local draft beers. They join new arrival Q.E.D. in Astoria, which bills itself as an “after-school space for grown-ups,” with a robust calendar of stand-up comedy, game nights, storytelling, improv, DIY classes, and more.