Walk in the footsteps of the women who made Harlem the cultural capital it’s venerated for on the Radical Black Women of Harlem Walking Tour.

While the New York City neighborhood of Harlem is widely celebrated as a historic stronghold of Black culture, where artists of the Harlem Renaissance and activists of the civil rights movement made a home, visitors are rarely informed of the women who contributed to its storied legacy. Earlier this year, movement organizer Mariame Kaba and student researcher Asha Futterman joined together to create the Radical Black Women of Harlem Walking Tour to map out sites where Billie Holiday, Audre Lorde, and Madam C.J. Walker, among others, made their historic marks as long ago as the mid-1800s. “At a time when more people are talking about the importance of uplifting and underscoring Black women’s intellectual, social, and political work,” Kaba wrote of the project, “we offer the tour as one contribution to this effort.” Now, you can use our guide to walk in the footsteps of these legends and see a side of the city that you haven’t seen before.

This five-story building off of Malcolm X Boulevard was Billie Holiday’s first home in Harlem after moving with her mother from Philadelphia at the age of 15. While she is widely celebrated for her talents as a jazz singer, the constant, life-long harassment she endured from the FBI after performing the anti-lynching anthem Strange Fruit before an interracial crowd is lesser-known. The home can be viewed from the sidewalk as the building is residential and their apartments are private.

INSIDER TIPHead across St. Nicholas Park for live jazz at The Grange, a bright, romantic restaurant known for its handcrafted cocktails and weekend brunches.

Born in Louisiana in 1867, Madam C.J. Walker became the wealthiest self-made woman in America by the early 20th century through her beauty and cosmetics entrepreneurship. When she passed in 1919, her only child, A’lelia Walker became president of the company and converted a floor in their townhouse, the first in Manhattan to be built by a black architect, to function as “The Dark Tower” where royals and poets alike rubbed shoulders at her legendary soirees. It was demolished by the city and replaced by the 136th Street Branch of the New York Public Library in 1942, the street itself being renamed Madam C.J. and A’lelia Walker Way to honor their legacy in the Summer of 2019.

Founded in 1966 by Baltimore-born Una Mulzac, Liberation was a Pan-Africanist bookstore and community space in Harlem for 40 years–her second bookstore after opening Progressive Book Store in Guayana, then British Guiana, during a short term there campaigning on behalf of the People’s Progressive Party (PPP). She returned to the U.S. shortly after sustaining serious injuries when the bookstore was bombed by the opposition party. Visitors can now go inside for a bite to eat as the shop was replaced by a Latin American bistro.

Born in Chicago in 1901, playwright and activist Regina Anderson Andrews would go on to become the first Black supervising librarian at the 115th Street branch of the New York Public Library after years of working at the Harlem branch on 135th Street, the only one in the city at the time where Black librarians were allowed to work. Along with her roommates, she made her chic apartment on St. Nicholas Avenue a sort of headquarters for the Harlem Renaissance, hosting lavish parties and traveling writers in what they called Dream Haven. The broad building is still standing but its apartments are private.

As the headquarters to the nation’s longest-running Black newspaper, the New York Amsterdam offices saw the rise of many prominent writers from its perch on Adam Clayton Powell Boulevard from 1916 to 1938, before moving to its current site on Frederick Douglass Boulevard. Among them was Marvel Cooke, the Amsterdam’s first female journalist who, along with activist Ella Baker, brought attention to the Bronx Slave Market in a five-part series before going on strike for better working conditions at the newspaper. The four-story beige-and-green edifice stands out as a historic landmark almost stuck in time across the street from a newly-built mall.

For a few years in the 1920s, author Zora Neale Hurston lived with roommates Langston Hughes, Wallace Thurman, and Bruce Nugent at this manor, where they wrote the first and only issue of their literary journal, FIRE!! Viewed as incendiary at the time for its queer and sexual themes, unsold copies of the periodical ironically perished in a fire at the manor and the site now functions as a parking lot. Hurston continued to shake up the establishment with books like “Their Eyes Were Watching God” and “Dust Tracks on a Road”. Head over to the Schomburg Center for Research in Black Culture on Malcolm X Blvd. to view an original edition copy of FIRE!! You can also purchase a facsimile of the journal from their shop. 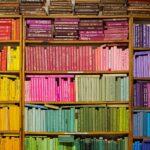 RELATED STORY
What to Watch and Read Before You Visit NYC

This plain brown brick facade on 138th Street may look nondescript, but it once served as Liberty Hall, headquarters of the Universal Negro Improvement Association (or the UNIA), the Pan-Africanist organization founded by Marcus Garvey and Amy Ashwood Garvey, and the site where the two were married on Christmas Day in 1919 in the company of thousands of guests. Its grand, tawny façade can be seen from the sidewalk as the building now houses private residences.

This former Harlem branch of the YWCA was once the temporary home of Pauli Murray, who rented a room there as a teenager before becoming the co-founder of the National Organization for Women and the first Black woman ordained as an Episcopal priest. It was also the site where Dorothy Height, the assistant director of this branch in 1937, assisted Eleanor Roosevelt at a meeting of the National Council of Negro Women (NCNW) before becoming its president years later, as well as a member of President John F. Kennedy’s Commission on the Status of Women. The YWCA has since changed to a YMCA and moved to 135th St., and the 137th St. building is now private property.

INSIDER TIPHead Southwest to the Barnard Center for Research on Women (BCRW) at Barnard College for related feminist events and conferences. Zora Neale Hurston was the first Black student at this private liberal arts college for women, and despite being accepted, Dorothy Height was later turned away from the school because it already had two other Black students, they said. It’s also where tour co-creators Mariame Kaba and Asha Futterman met in late 2018.

Just a few buildings down from where Harlem’s literati were congregating at Zora Neale Hurston’s manor was the White Rose Home and Industrial Association for Working Girls and Women, a home founded by the journalist and activist Victoria Earle Matthews for newly-arrived Black women and girls who traveled North in search of work. There, they learned the skills necessary to become domestic workers, but the shelter also functioned as a lecture hall for activists and as a vast library of work by Black writers before closing in 1984. The beautifully-preserved building (now a private home) is located on a quiet street lined with brownstones in similar conditions, the kind that can only be found in historic Harlem.

While most other women highlighted in this tour settled in Harlem from elsewhere, the self-proclaimed “Black lesbian mother warrior poet” Audre Lorde was born there in 1934, and later co-founded Kitchen Table: Women of Color Press there as well. “I noticed that tours [in Harlem] focused mostly on men and very well-known figures,” tour co-creator Asha Futterman told me in an interview. “I think [this tour] is a subversion of a tourist’s experience of Harlem because of our focus on relatively unknown Black women, many of whom were queer, communist, subversive people,” like Lorde, she continued. Like most other buildings on this list, the home is unmarked and tucked away from visitors behind a locked gate, and without this guide, its history might otherwise remain unrecognized.