Manhattan's Chinatown has long been a go-to spot for tourists on the hunt for Chinese food and cheap souvenirs, but ask locals and they would be quick to point you to New York City's other Chinatown in Flushing, Queens to satiate your dim sum and dumpling cravings. But what many tourists—and locals—may not realize is that some of the best Chinese food in the entire city can be found in its other other Chinatown in Sunset Park, Brooklyn. Over the years, thousands of Chinese immigrants have flocked to this corner of Brooklyn—in fact, its Chinese population far surpasses Manhattan’s Chinatown—turning it into a bona fide neighborhood that’s holding strong against gentrification.

Like its sister neighborhoods, the roughly 20-block stretch of 8th Avenue that makes up the heart of Brooklyn’s Chinatown is a sea of sights and smells that transports you to another world. Gusts of cooking oil waft out of the many restaurants dotting the avenue, while workers at corner fruit and veggie stands hawk everything from bunches of broccoli to dragon fruit, known for its shocking shade of fuchsia. It’s not uncommon to see groups of elders sitting at card tables, slapping down tiles during a heated game of Mahjong while children play tag, weaving between pedestrians as they along. 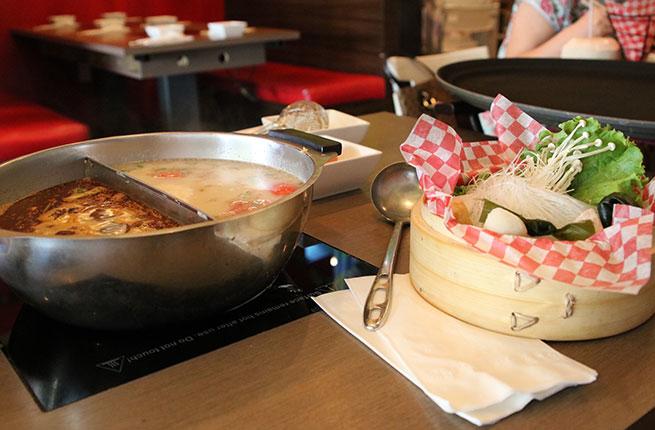 From fried dumplings and soup dumplings to dim sum and bubble tea, there’s no shortage of places to dine in Sunset Park. The majority of restaurants are clustered on 8th Avenue between 45th and 65th streets, including Mister Hotpot, which focuses on hot pot, a classic East Asian meal much like fondue, but instead of cheese, each table receives a bubbling cauldron of broth and accompaniments to cook, such as thinly sliced pieces of meat, dumplings, and veggies. Located five blocks north is Kai Feng Fu Dumpling House, a cash-only, hole-in-the-wall eatery with minimal seating, but its pan-fried pork and leek dumplings (four for $1) are worth waiting for a coveted table. For dessert, stop by Tbaar, a bubble-tea shop one block north, for a mango and orange smoothie topped with cubes of fresh fruit or an iced matcha latte speckled with red beans. For traditional dim sum, head to Pacificana or Golden Imperial Palace. 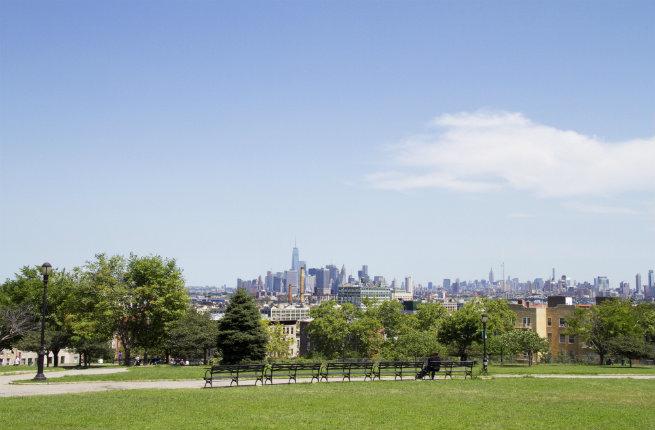 Eating your way down 8th Avenue should be the main focus of your visit, but there are other things to see while walking off all that dim sum. At 7th Avenue and 44th Street sits the upper entrance to Sunset Park, the 24-acre park for which the neighborhood was named. The tree-filled park’s steeply sloping landscape offers superb views of the Statue of Liberty and Manhattan skyline. The neighborhood is also home to a variety of styles of architecture, including Romanesque and Renaissance Revival. One of the best blocks to see Brooklyn’s iconic bow-front brownstones is 43rd Street between 7th and 8th Avenues. 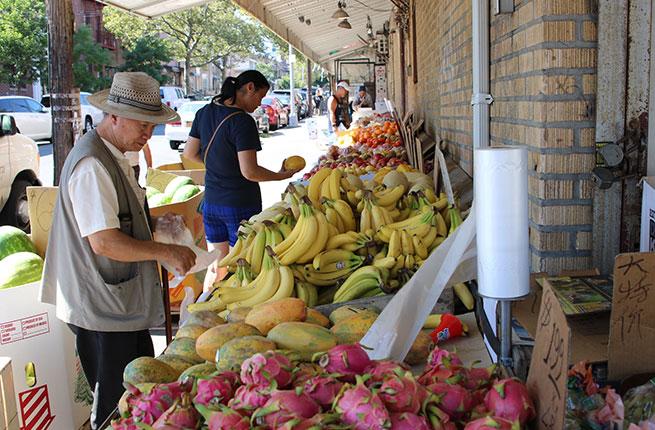 There are plenty of shops along the main drag selling everything imaginable, from windup plastic frog toys to paper lanterns, but to truly get a sense of the neighborhood, head to Fei Long Market at 8th Avenue and 64th Street. The massive grocery store is where many of the locals shop and is well worth a browse. Don’t miss the aisles dedicated to tea and candy, and the seafood section, where customers shout out their orders to the dozen or so fishmongers behind the counter, which is piled high with tuna, sea urchin, shrimp, and squid. There’s also an on-site food court with everything from a dumpling shop to frozen yogurt stand, in case you haven’t already had enough to eat. 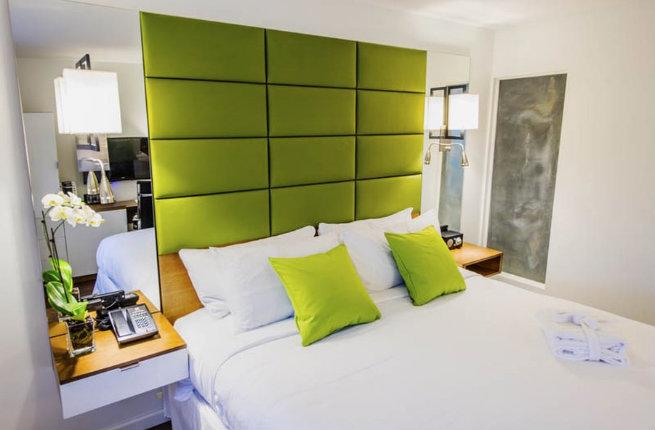 One of the few hotels in Sunset Park is Hotel BPM, located on 33rd Street between 3rd and 4th Avenues. The music-themed boutique hotel, conceived by DJ Bijal, a local hip-hop DJ, is known for its curated soundtrack, which is piped into all of the guestrooms and changes monthly, and $5 breakfast that includes locally baked bagels and other baked goods. For something a little less trendy, try the Wyndham Garden Brooklyn Sunset Park at 5th Avenue and 39th Street, which is both pet- and eco-friendly and offers stellar views of the city skyline.

Getting to Brooklyn’s Chinatown from Manhattan is easy, and can be done one of two ways. The first is by taking the NYC subway to either one of the two local R train stations (45th Street and 53rd Street) or to the express N/R station at 59th Street. Each station is located four avenues west of 8th Avenue and the trip from midtown takes roughly 45 minutes. If you want to avoid mass transit altogether, your best bet is hiring a car service like Uber or Lyft. Depending on traffic, average drive time is 40 minutes from Midtown to Sunset Park.