"Top Chef" judge and renowned chef Tom Colicchio oversees both the restaurant and rooms at this posh, culinary-focused Bridgehampton inn, centered around a Greek Revival-style mansion built in the 1840s for Judge Abraham Topping Rose. The property later passed into the hands of other prominent families before housing a series of inns and restaurants. In 2010 it was purchased by two big-time former CEOs who spent about two years renovating and expanding the place to its current incarnation. In addition to snagging Colicchio as the overall operator, the inn has assembled an industry dream team to serve as general manager, chef de cuisine, food & beverage director and pastry chef—a lot of firepower for a place with just 14 accommodations. Rooms are spread over three locations: the original mansion houses king and twin rooms and two one-bedroom suites; the modern, loft-like Studio has three large king rooms; and four three-bedroom Cottages—each with private outdoor space—are located between the inn's orchard and farm. (Cottages can be booked as one unit or divided into three separate rooms.) All options have Frette linens, Naturopathica bath products, flatscreen TVs, and customizable mini-bars. Amenities include a swimming pool, complimentary bikes and a beach shuttle, yoga and Pilates classes, and a Naturopathica spa. The real draw, of course, is the restaurant, with its wraparound porch, two-fireplace bar, and upscale American menu highlighting local wines, seafood, meats, and produce from the Topping Rose Farm. 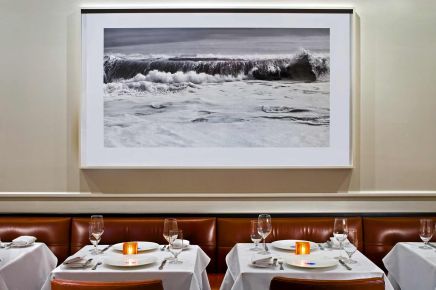 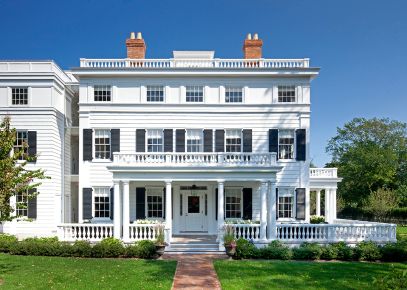 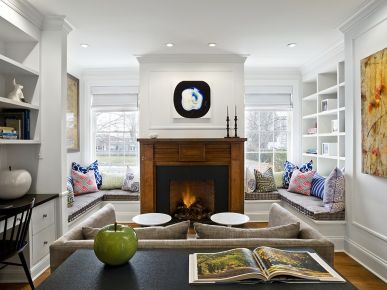