5 Reasons to Visit the Hamptons in the Off-Season 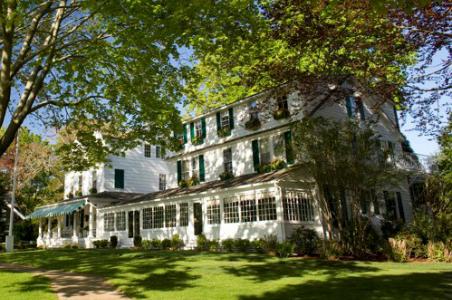 Every year from Memorial Day through Labor Day, the Hamptons become a notoriously see-and-be-seen summer getaway for wealthy New Yorkers, celebrities, and those who want to be in close proximity to the aforementioned groups. Yes, the beaches are beautiful, and so are the homes, but traffic is bad, restaurant reservations are hard to come by, and crowds are at their peak. Simply put, it can feel like a hectic Saturday night in Manhattan rather than a relaxed beach vacation.

That all changes in the off-season (September through May), when the Hamptons—Westhampton, Bridgehampton, Southampton, Sag Harbor, Amagansett, East Hampton, Water Mill, and Montauk—empty out and it becomes possible to enjoy the unique charms of this collection of seaside communities. There are plenty of year-round activities to enjoy, the weather can be quite pleasant depending on the month, and hotel rates drop dramatically. It may seem counterintuitive to visit a summer resort area when it’s not summer, but rest assured that, aside from the very dead of winter, the Hamptons are a worthwhile destination. Here are five of the best reasons to head to Long Island’s East End in the off-season. 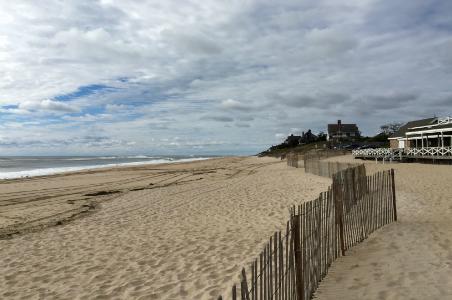 Aside from lingering summer weather in September, the off-season is no time to go swimming, but that doesn’t mean you can’t enjoy the gorgeous beaches that the Hamptons are famous for. Take advantage of the lack of crowds to walk, jog, or picnic on the Atlantic Ocean in peace. Any beach you choose will be lovely, but two popular options are Flying Point Beach in Southampton, and East Hampton’s Main Beach. During the peak season, vehicles are generally required to display parking permits or day passes to park near the beaches, but this isn’t the case between September 15th and May 15th. 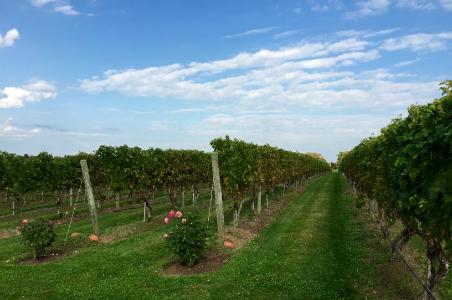 While Long Island’s North Fork has been increasingly gaining attention for its wine producers, the South Fork is home to two notable vineyards that are open year-round. Fall is arguably the best time to visit any winery, but a trip to a tasting room is no less enjoyable in winter or spring. Located in Sagaponack, family-owned Wölffer Estate Vineyard features 55 idyllic acres of vines producing Merlot, Chardonnay, Cabernet Franc, Cabernet Sauvignon, and more. When weather permits, you can sip wines outside on the stone terrace, but the light-filled tasting room (open daily) is a great option on cold days. If you’re interested in touring the European-inspired barrel room and winemaking facilities, call in advance to book a private tour. In Bridgehampton, Channing Daughters Winery offers tastings for $10 seven days a week. On its 25 acres of vines, the property grows Chardonnay, Pinot Grigio, Gewurztraminer, Merlot, Pinot Noir, and much more. Both estates host special events on a weekly basis, so check their websites in advance and plan accordingly. 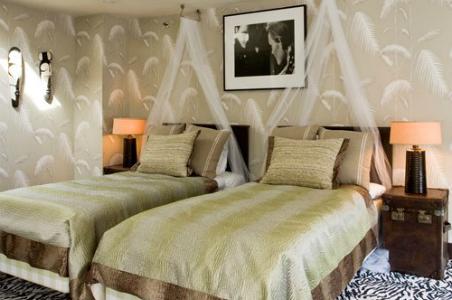 If you think New York City hotels are expensive, you should see the staggeringly high rates Hamptons properties command at the height of summer. Fortunately, it’s not uncommon to see these figures cut in half during the off-season. The 1770 House, Topping Rose House, and The American Hotel all offer top service and accommodations, but the area’s best hotel may also be its quirkiest. Formerly The Maidstone Arms, c/o The Maidstone delivers a heavy dose of European flair despite its traditional, all-American façade. Outfitted with décor it has deemed “Scandinavian cozy,” the property features 19 uniquely designed rooms and cottages, each dedicated to and inspired by a Scandinavian celebrity (think Edvard Munch or Eero Sarinen). All rooms come with Malin+Goetz bath products, linens and robes by Coyuchi, aromatherapy burners, smartphone-compatible speakers, and other modern comforts. In the mornings, a Scandinavian breakfast buffet is served on the ground floor, while The Living Room restaurant is open for brunch, afternoon tea, and dinner. Featuring a Scandinavian-influenced menu, The Living Room is one of the Hamptons’ most surprising and satisfying dining options. The expansive lobby invites curling up by the fireplace with the newspaper or a book from the hotel’s library for an afternoon; you can also check out the rotating photography exhibit on display. c/o The Maidstone is also pet-friendly, so feel free to bring yours along. Many properties offer special packages during the off-season, so do your research in advance to find one that appeals to you. 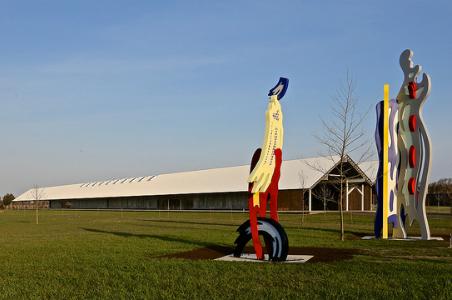 The Hamptons are no longer the artists’ haven they once were, but that doesn’t mean art appreciation has died here. On the contrary, there’s a wealth of art institutions to explore here year-round. Originally established in 1898, the Parrish Art Museum (closed Tuesdays, free admission on Wednesdays) exhibits its impressive collection in a striking, 34,000-square-foot Herzog & de Meuron-designed barn that opened its doors in November 2012. The museum’s collection focuses on artists who lived and worked nearby, including Jackson Pollock, Lee Krasner, Willem de Kooning, and Roy Lichtenstein. In Bridgehampton, the Dan Flavin Art Institute (open Saturdays and Sunday only; free admission) is a renovated firehouse that holds a permanent installation of nine of the artist’s works in fluorescent light and a gallery space for temporary exhibitions. East Hampton’s LongHouse Reserve (closed mid-October through late April) features landscaped gardens and works by Yoko Ono, Sol Lewitt, and de Kooning. Nearby, the Pollock-Krasner House (open May–October) allows you to see where the artist created some of his masterpieces. Also in East Hampton is Guild Hall, where you can see more art exhibitions, live theater, and film screenings. Every October, the venue hosts the Hamptons International Film Festival, which screens independent films and draws Hollywood A-listers every year. 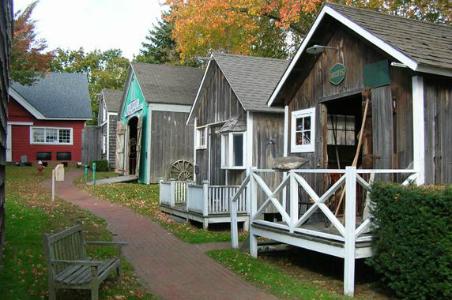 For all its shops and modern flashiness, this area has a history that goes back hundreds of years. If you want to learn more about the origins of the Hamptons, three places should be on your radar. The Southampton Historical Museum (re-opens March 4, 2015) consists of two historic homes, one from the 1840s and the other built in 1660; both feature period furniture inside. A few miles away is the Sag Harbor Whaling & Historical Museum (open weekends only), where you can learn all about the town’s former industry. Finally, the East Hampton Historical Society maintains six historic buildings in the area; you can visit one or all of them to see well-preserved homes and schoolhouses.