It’s not just a state, it’s a state of mind.

New Mexico is the universe’s hottest Airbnb for extraterrestrial life looking to kick back, relax, perform bowel-churning experiments upon the human body for dark and unknowable purposes, and see some of the local wildlife. The state boasts a long, proud history of paranormal and extraterrestrial happenings, and its main export (aside from computer accessories and integrated circuitry) is tales of the weird and otherworldly. Here are 10 of the best stories about New Mexico’s, ah, unique landscape. 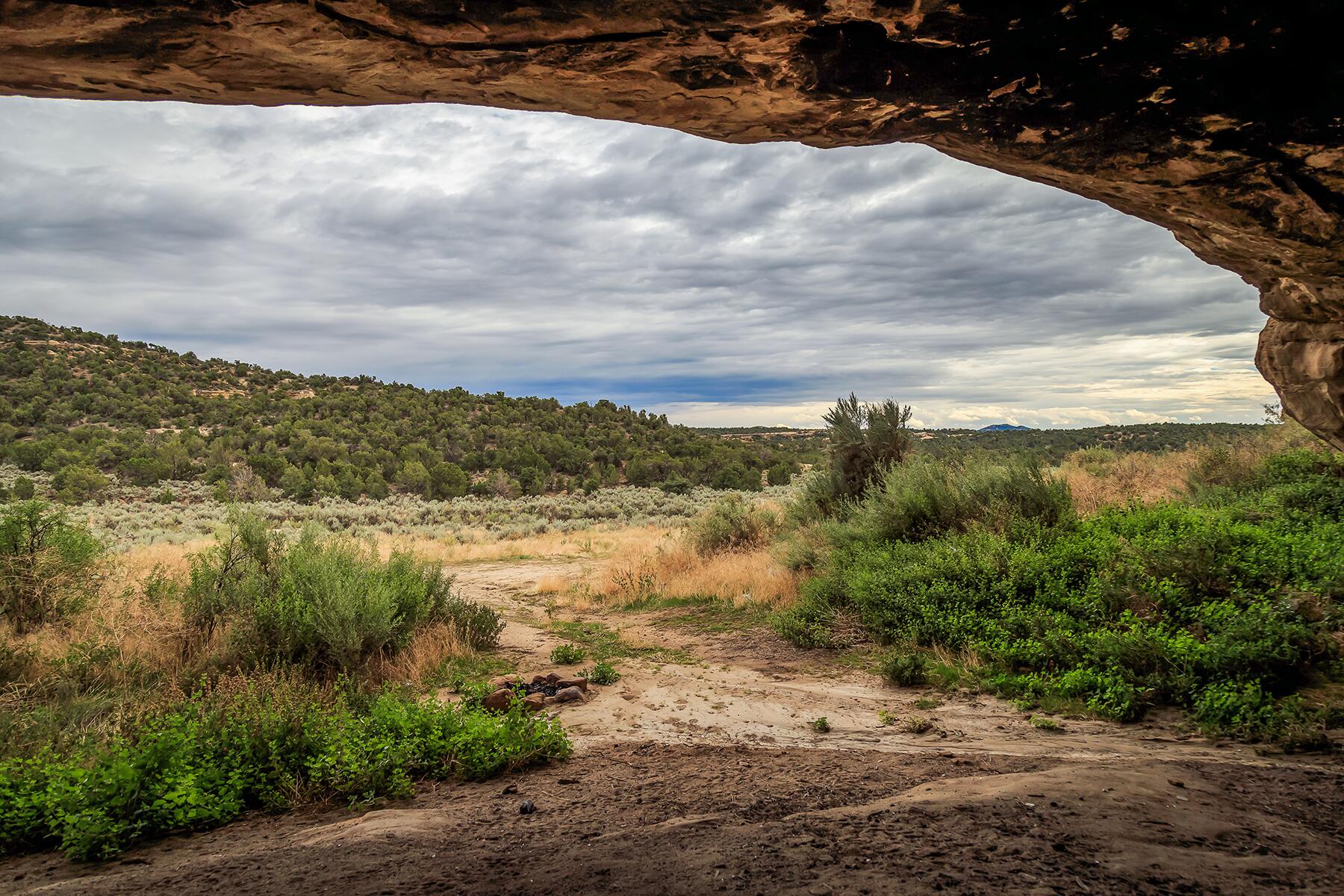 While Roswell is undoubtedly New Mexico’s biggest hit, the B-side took place in Aztec, New Mexico in 1948, the year after the crash-landing at Roswell, and it featured flying saucers filled with nutrient wafers, ship dimensions divisible by the number nine, and 16 alien corpses packed into the 99-foot-long ship (which I think would translate to a corpse every six feet, if they’re being economical about space and capacity). It turns out that the whole thing may have been a hoax perpetrated by two con men named Silas Newton and Leo A. Gebauer in an effort to sell little gewgaws that they called “doodlebugs,” which they alleged could locate gold and oil due to being based on alien technology recovered from the alien spacecraft. There’s something to be said for viral marketing. 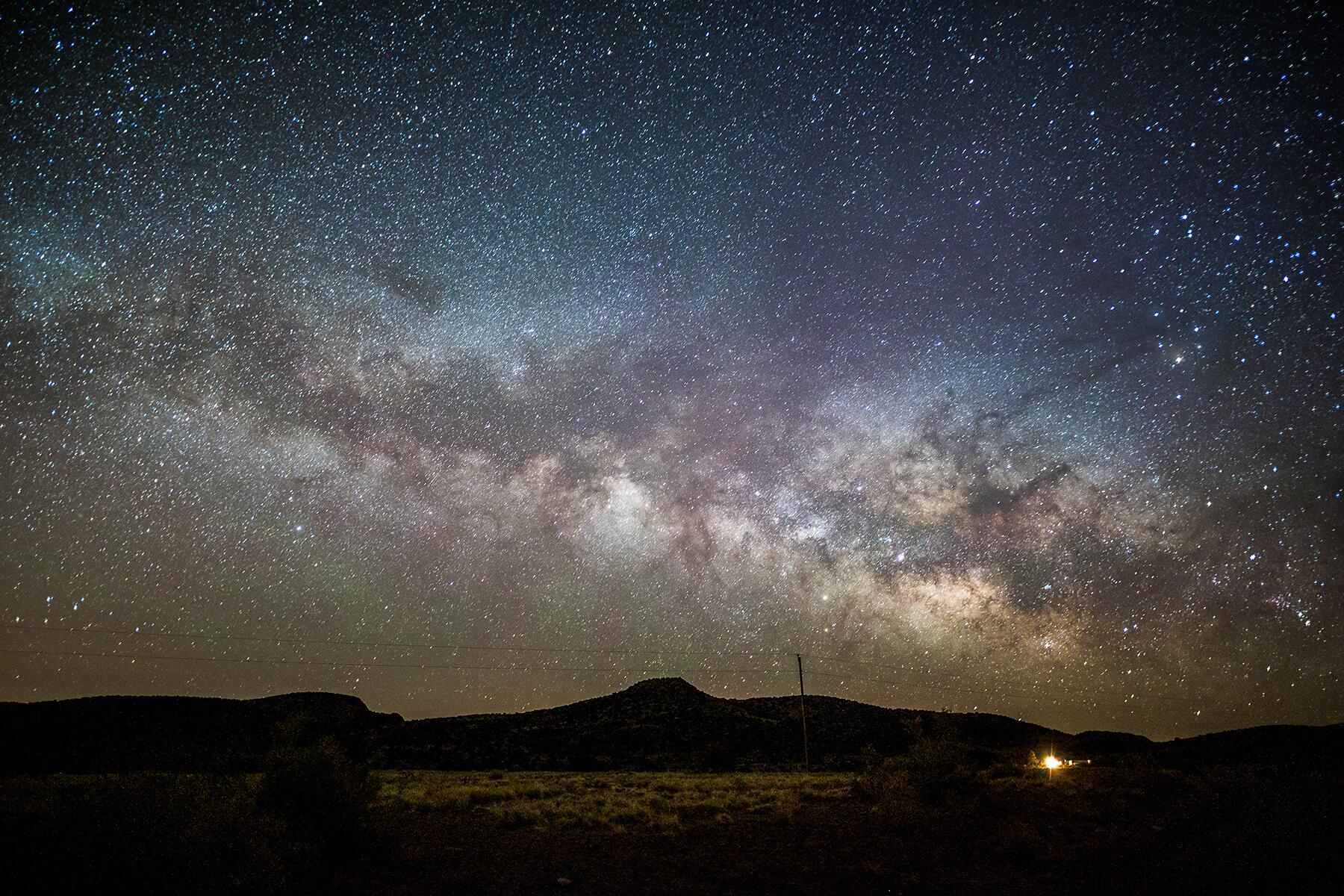 In 1964, police officer Lonnie Zamora was in the midst of a chase with a speeding car when an explosion in the sky distracted him from the task at hand (I’m assuming that this level of insanity all happening at once was just a normal Thursday night for any New Mexico cop in the mid-60s). Investigating the bluish-orange flames closer, Zamora reports seeing an egg-shaped spacecraft with four long legs lifting slowly into the sky, propelled from beneath by cool-looking flames. What makes this notable is that several other citizens of Socorro, New Mexico reported seeing the very slowly vertical egg around this time. The incident became so well-known that the city of Socorro decided to capitalize on the sighting and shape the alleged alien landing location into a tourist spot, complete with a commissioned mural to commemorate it. 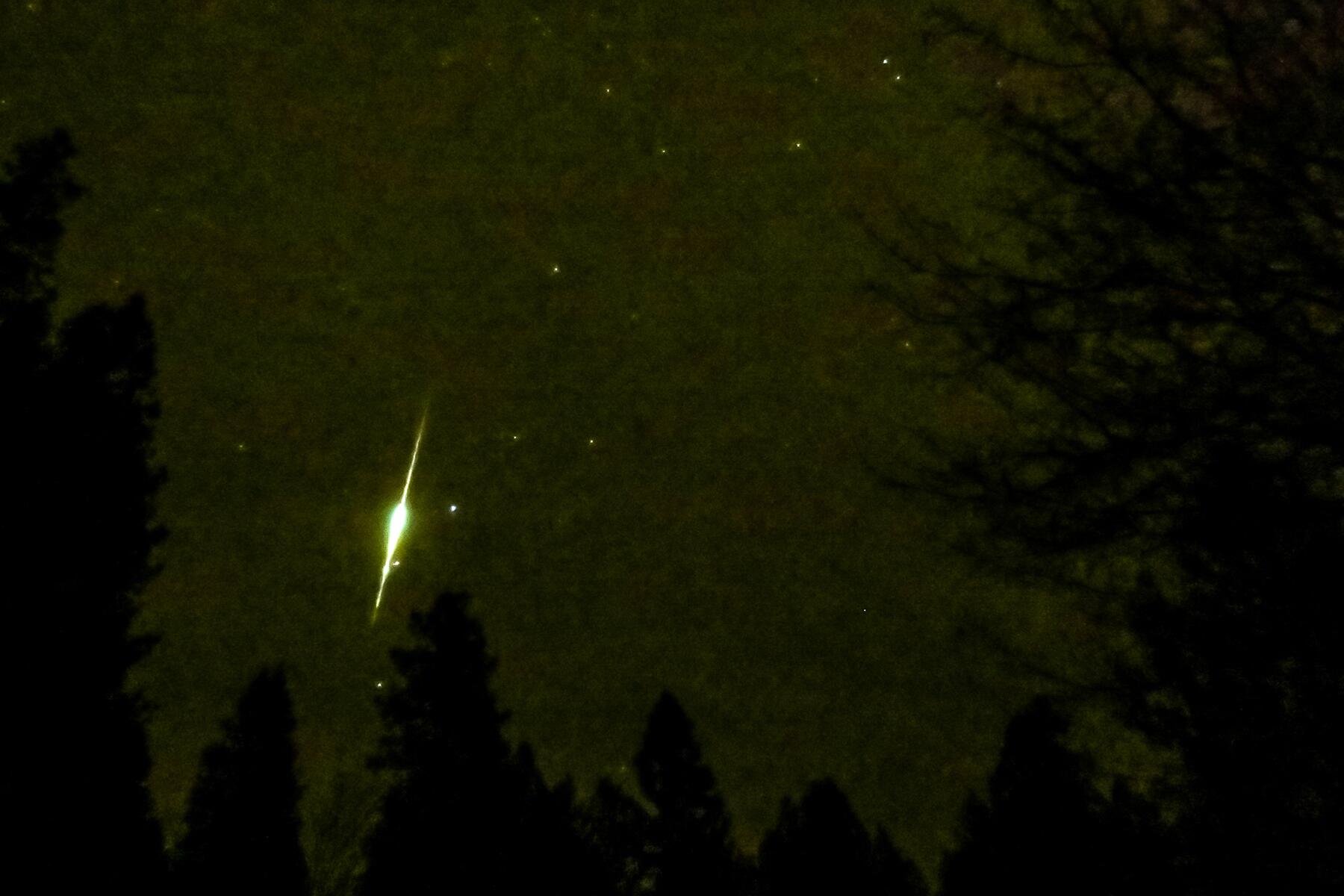 In 1948, many New Mexico citizens reported seeing enormous green fireballs shooting through the sky, and it’s only gone up from there—hundreds and hundreds of people have since reported seeing what looks like fluorescent green balls zipping around in the night sky. Even Air Force pilots have reported seeing the odd green projectiles, and in 1951, even Time magazine was like, “So what’s with all the enormous green fireballs flying around in the sky like God’s playing the world’s scariest game of tennis with himself?” There are several theories about the green fireballs that feature explanations having to do with weather, radiation, meteorites, and—let’s be real here—aliens. In the truest sense, they are objects that are unidentified and also flying, and there are still no concrete answers about what’s going on up there in the New Mexico skies. 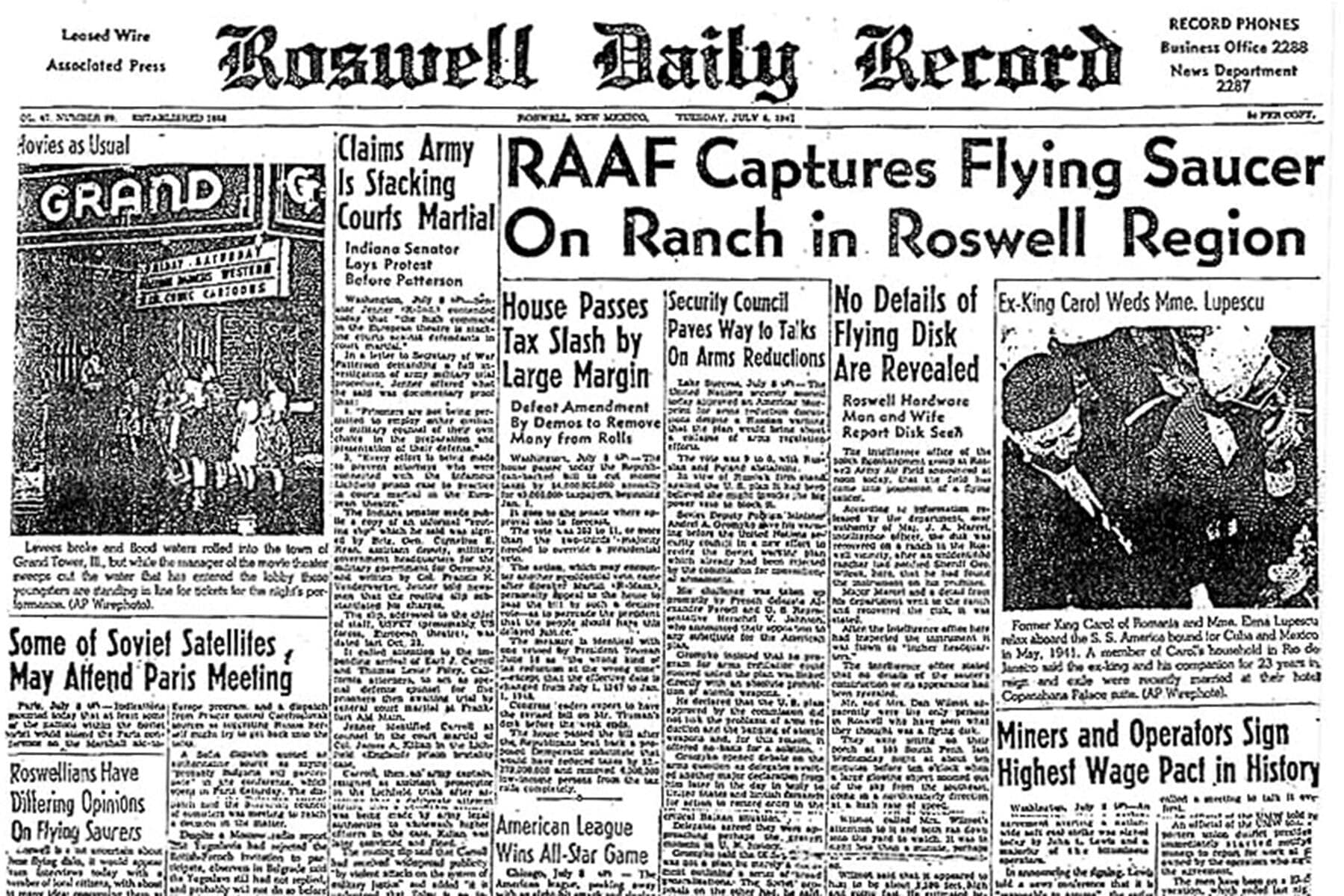 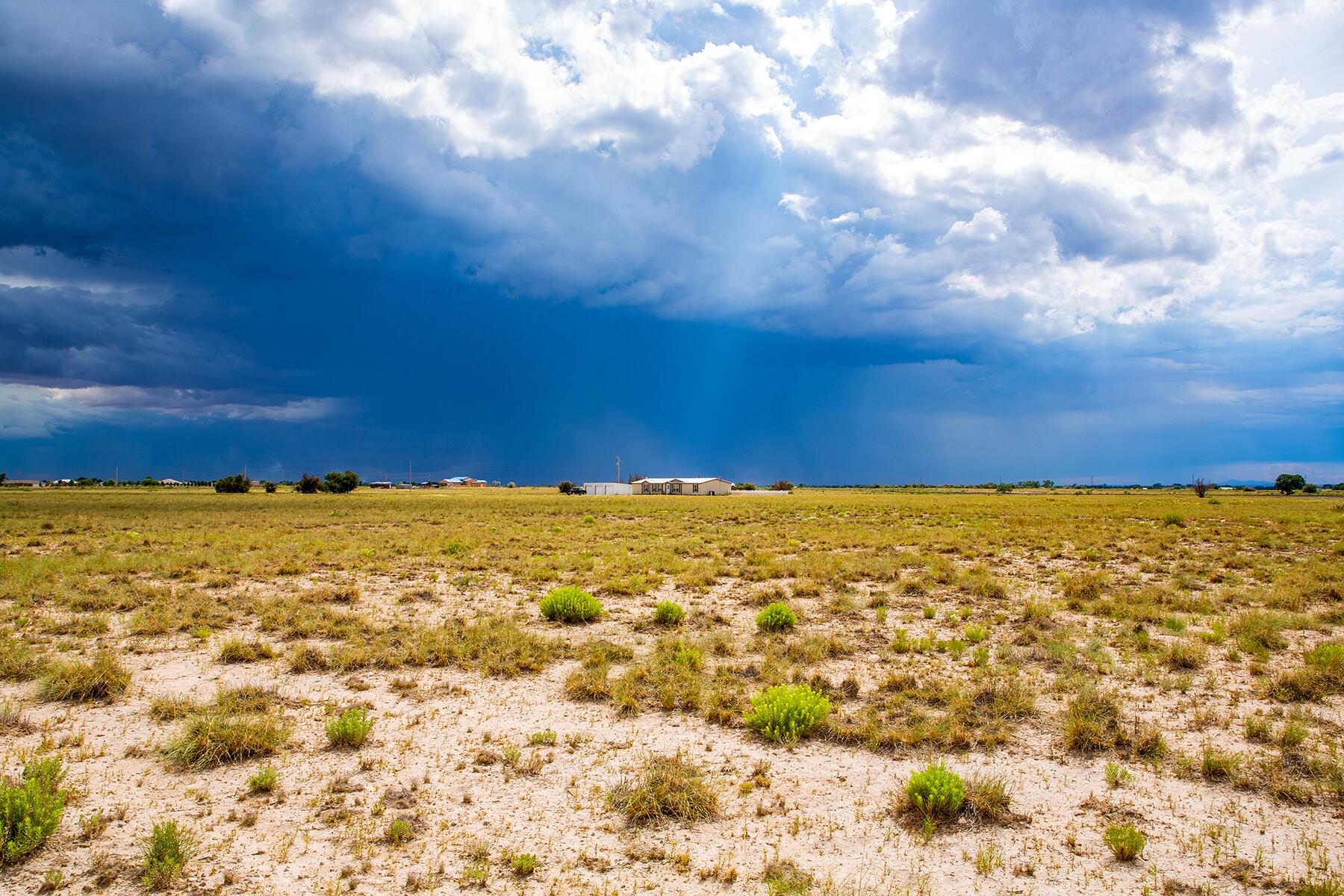 PHOTO: Traveller70/Shutterstock
Previous Next
4 OF 10

Here it is, folks—the heaviest hitter of the genre. In 1947, an object came out of the sky and crashed into the ground at a ranch house just outside of Roswell, New Mexico. The government quickly went, “It’s just a weather balloon, guys, those exist and they crash sometimes,” to cover up the fact that the balloon’s purpose was the monitoring of nuclear activity. When they provided a big bundle of recovered material at a press conference shortly after, the story died down. That is, until Ufologists in the 1970s went, “Mmm, I bet it was a spaceship with aliens in it and the government took the aliens and did research on them and covered the whole thing up,” and the nation—then reeling from the fallout of the Watergate scandal and widespread national disillusionment with the government’s tendency to have its hand in the cookie jar—didn’t have a hard time accepting it as a possibility. 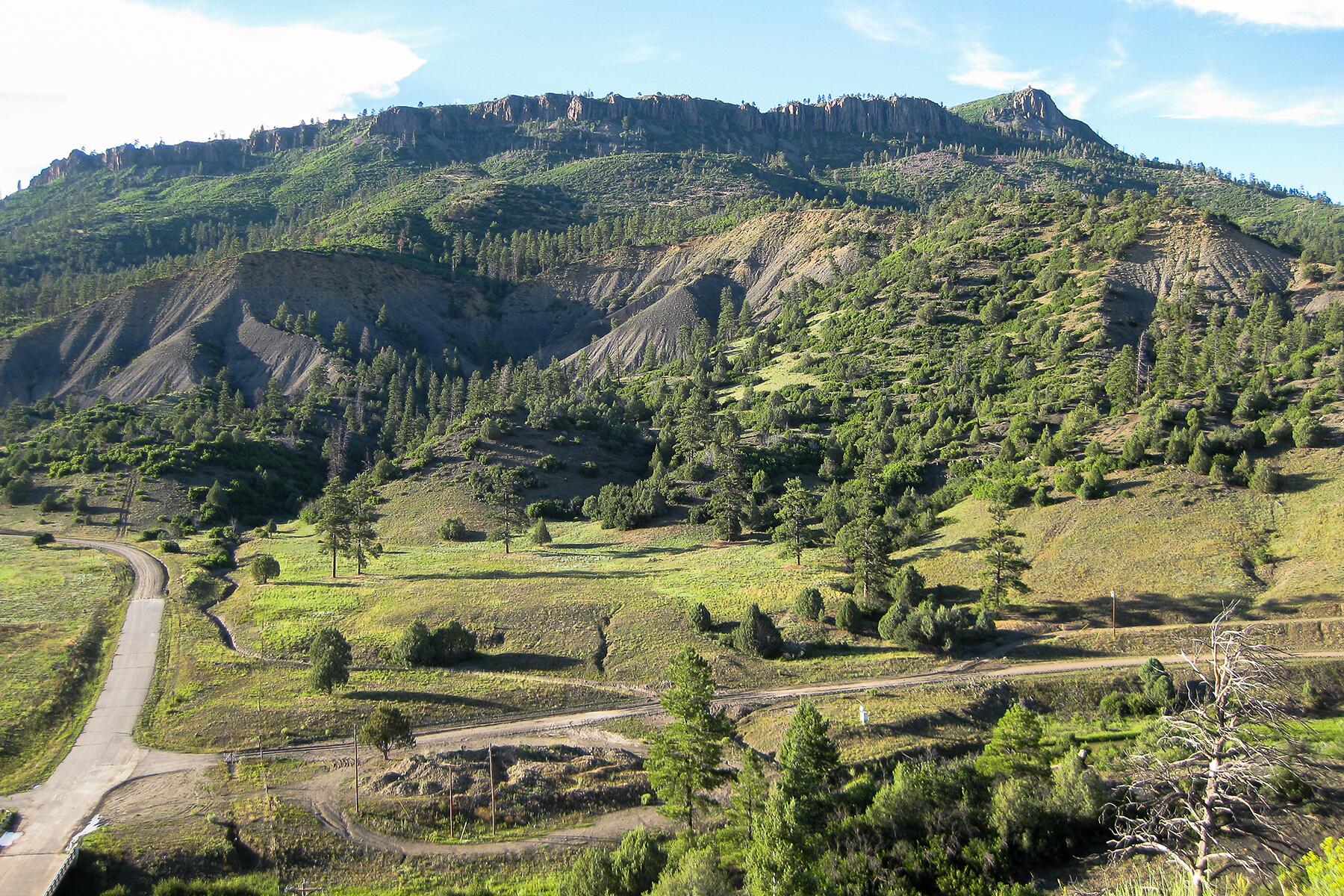 Philip Schneider, allegedly a geological engineer working for a government program called Deep Underground Military Bases (D.U.M.B.) in 1979, claims that he and his coworkers were drilling underground in Dulce, New Mexico when they accidentally came face-to-face with actual aliens. All parties involved were pretty upset about this development and a massacre ensued, during which the aliens shot chest-lasers at the human employees, leaving only Schneider and two others to tell the tale. Schneider subsequently hit the lecture circuit to do presentations on how the United States uses something called the Black Budget to fund underground bases and hide the existence of alien life deep beneath the earth’s surface. According to Schneider, it wasn’t until he worked at Area 51 that he truly gained a passion for Ufology. Respect the hustle. 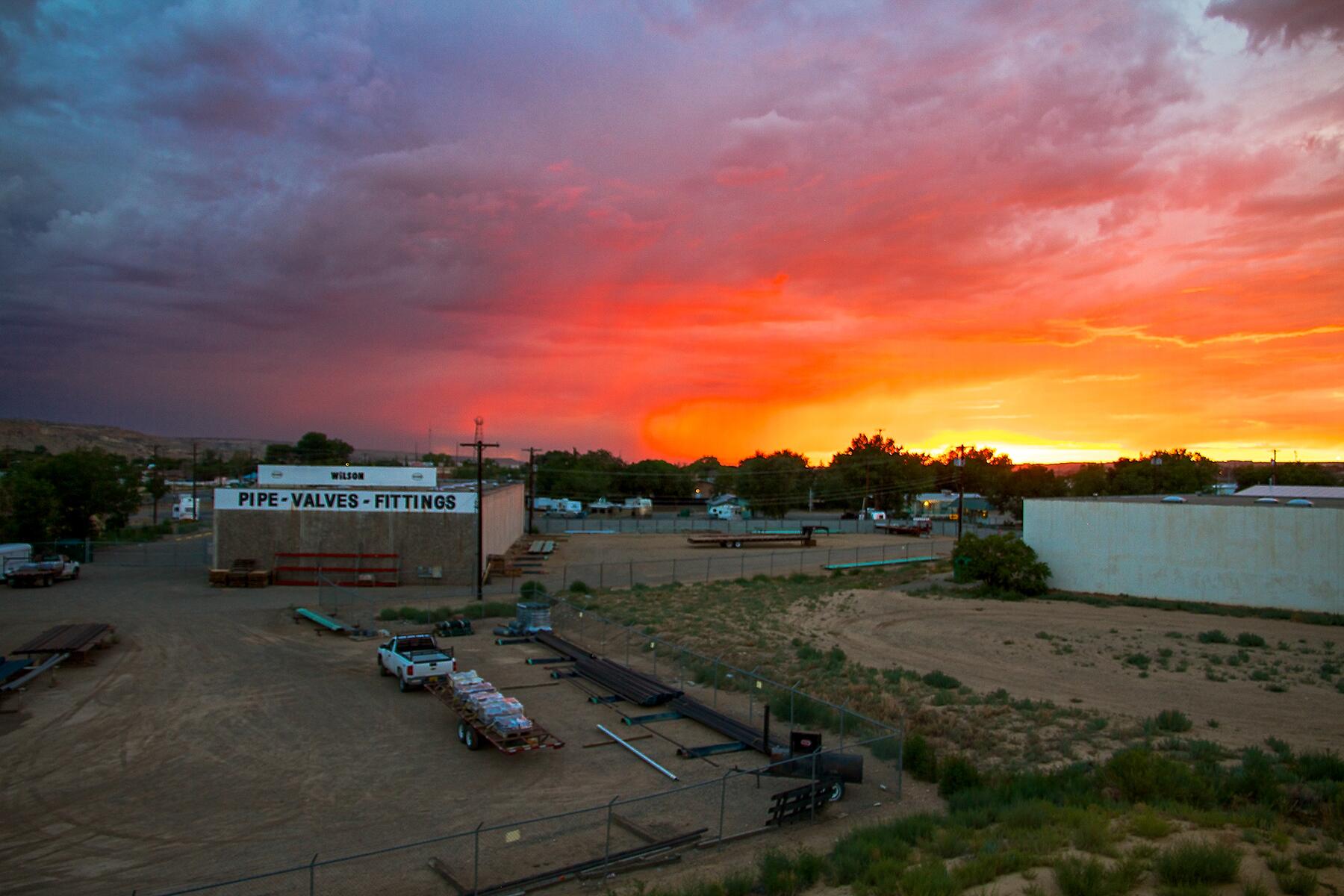 In March of 1950, hundreds of people in the town of Farmington, New Mexico, allegedly saw an armada of spaceships flying across the sky over their town in broad daylight over several days. Days! Several of them! The saucers reportedly looked as though they were all playing a high-altitude game of tag with one another at absurd speeds, and one red object, in particular, appeared to be the Beyoncé of the group, dashing out ahead of the others and leading the airborne procession. Of the dozens and dozens of accounts and interviews on the subject of the incident, many witnesses are unconvinced that the small, saucer-shaped objects were alien in origin—one account comes from a car salesman who allegedly watched the bizarre phenomenon for about 15 minutes before going, “Huh, that’s weird,” and returning to work. 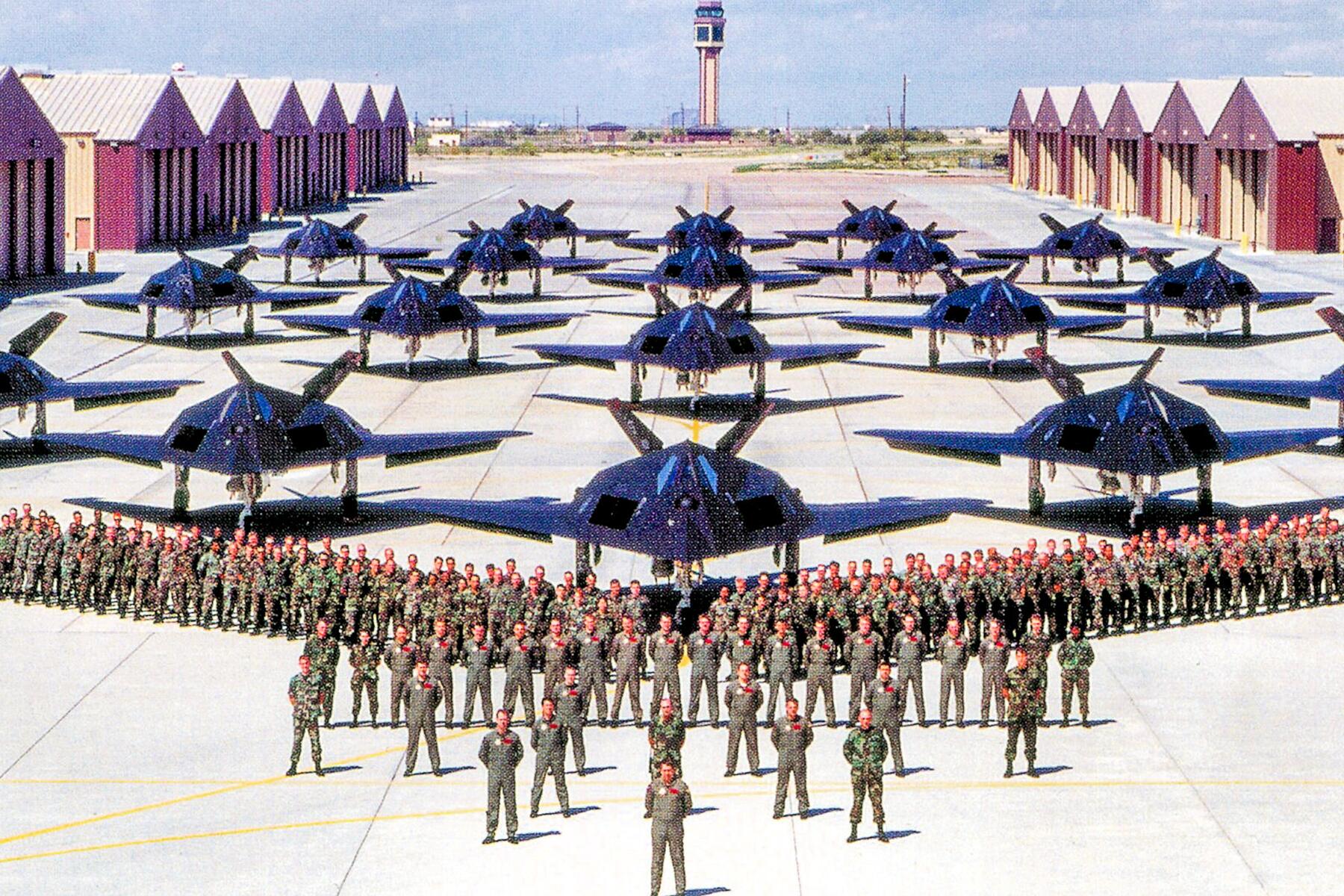 PHOTO: Holloman Air Force Base Public A
7 OF 10

In 1956, a missile testing ground in White Sands, New Mexico, was the alleged site of an alien abduction during which Air Force Major William Cunningham witnessed his colleague Jonathan P. Lovette being lifted screaming up into a disk-shaped spacecraft by a long, creepy alien arm in the middle of the day. Lovette’s body was allegedly found three days later in the desert, naked and mutilated in ways reminiscent of a sadistic kid torturing his little brother’s action figures—his eyes and tongue were allegedly gouged out, along with several other surprising and unmentionable portions of his anatomy that couldn’t be accounted for during the autopsy. If the government is covering this one up, it’s probably just because they don’t feel like going into it. It’s just a lot, you know? 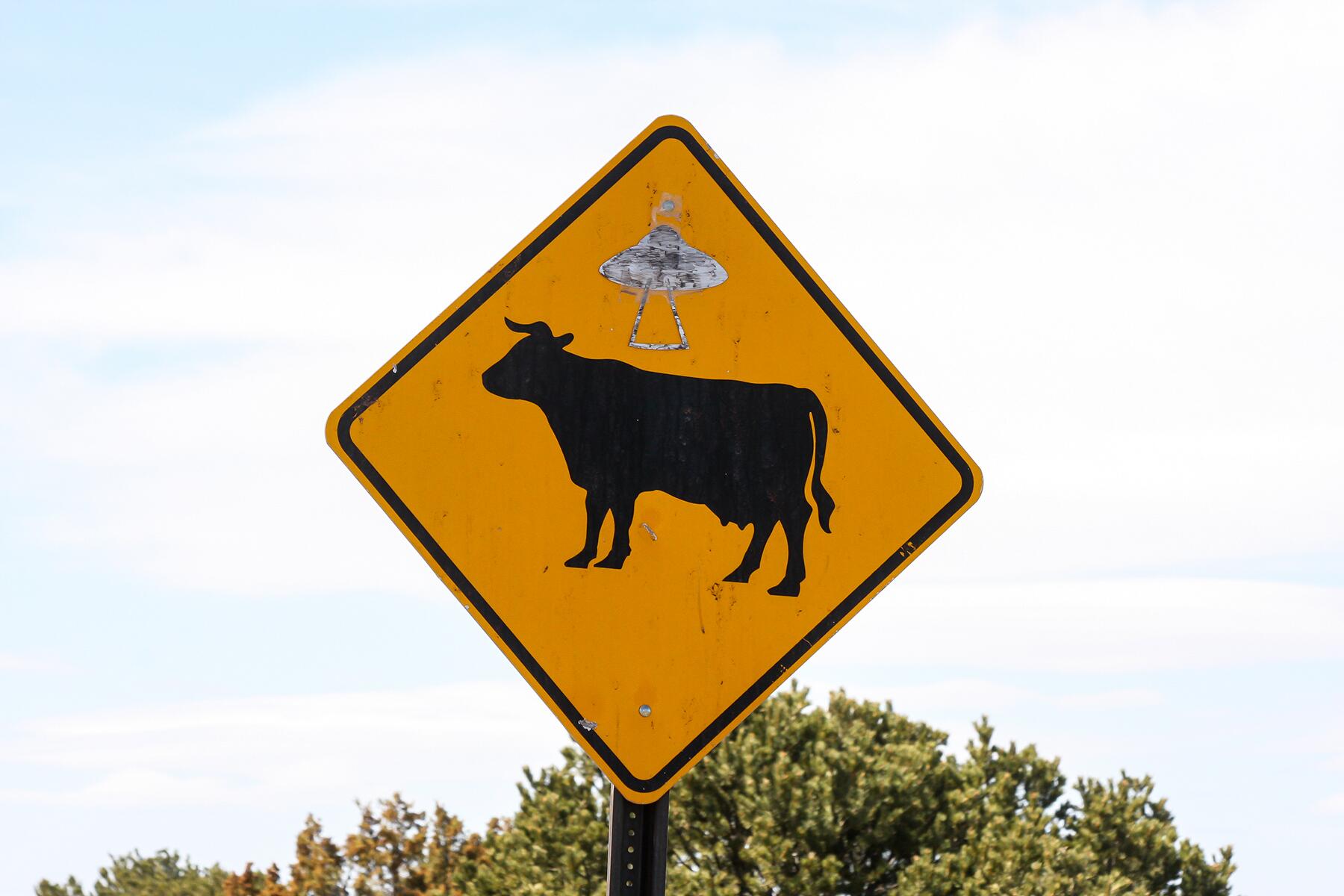 The human body isn’t the only thing on the planet that alien perverts are interested in cracking open and investigating. For decades now, reports of cattle mutilation in New Mexico have been coming out, detailing the many and sundry ways in which a cow can be scrambled. How the cows have been taken apart and put back together varies wildly: some are flayed, while others are dissected, gutted, reshaped, and microwaved, and while there are several potential reasons to explain the tens of thousands of cases, many speculate that it could be the work of aliens with either a brutal scientific process or a weird thing about cows. Many cases of cattle mutilation have happened to coincide with reports of UFOs and ambient local weirdness, and while correlation does not equal causation, it makes as much sense as anything else while trying to explain this disturbingly widespread phenomenon. 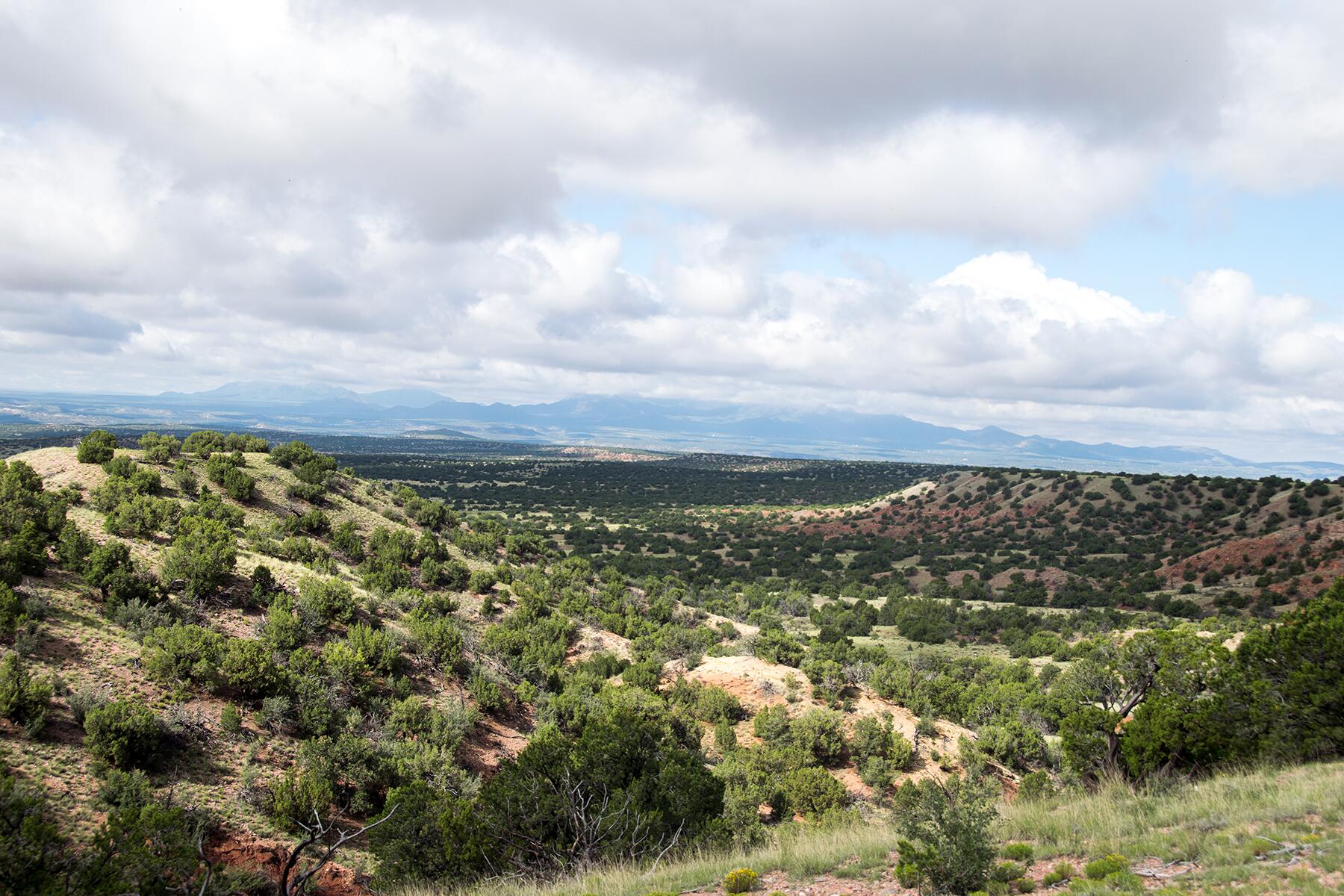 You ever read accounts of supernatural encounters and think, “Well, this is all well and good, but why can’t we have some cowboys in the mix?” In March of 1880, citizens of what would eventually become Galisteo, New Mexico, many of whom were wearing cowboy hats and exclaiming, “What in tarnation?!,” reported seeing an enormous airship drifting through the sky over their town, filled with voices speaking an indeterminate tongue and screaming with laughter. Several items were dropped from the airship, including a mysterious folded paper flower and a drinking cup the design of which freaked out all who beheld it. But wouldn’t you know it, a man with a traveling curiosity cabinet passed through the next day and offered such a huge sum of money for the items that the townspeople had no choice but to hand it all over. Alien cups just don’t pay the bills. 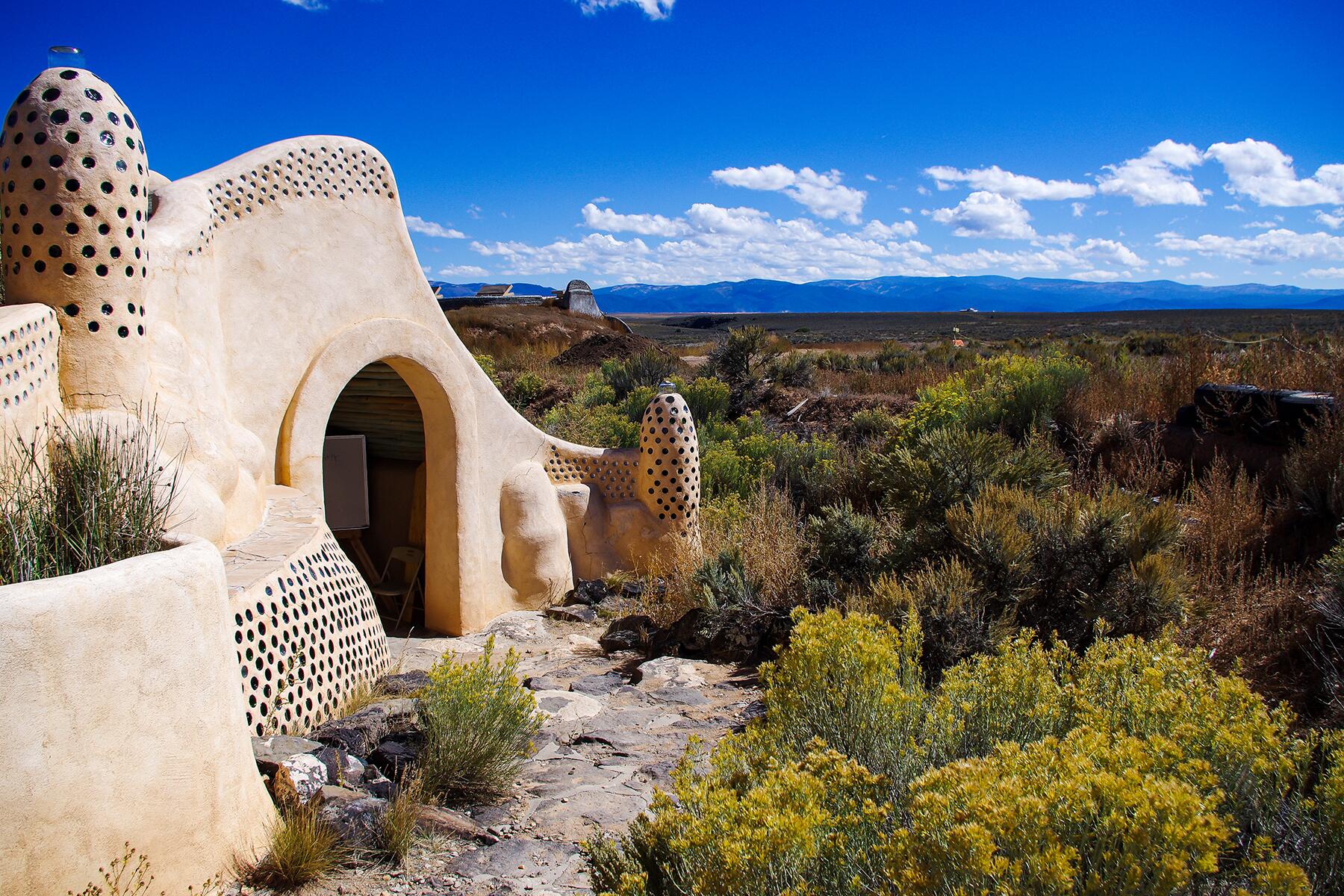 There are so many things to do in Taos, New Mexico, like museums and art galleries and listening to a native ambient hum that fills the air and rattles the teeth as though the earth itself is yawning. Based on a survey of residents of the town of Taos, 2% of people report hearing and feeling something referred to as the Taos Hum, although recording devices set up in the houses of those reporting this phenomenon have not thus far yielded results. What’s even more puzzling is that those who claim to experience the Hum experience entirely different stimuli; some feel a buzzing while others feel a low-down bass hum. There is speculation that the ability to detect the Hum is based on physiological aptitude in perceiving it, or that it’s the result of auditory hallucinations by way of tinnitus and atmospheric conditions, but let’s be real: it’s probably aliens, and they probably just left the subterranean radio on, and the nearest place to lodge a noise complaint is Alpha Centauri. Our hands are tied.

It's not just NM. Many of us realize that they "walk among us" on a daily basis.