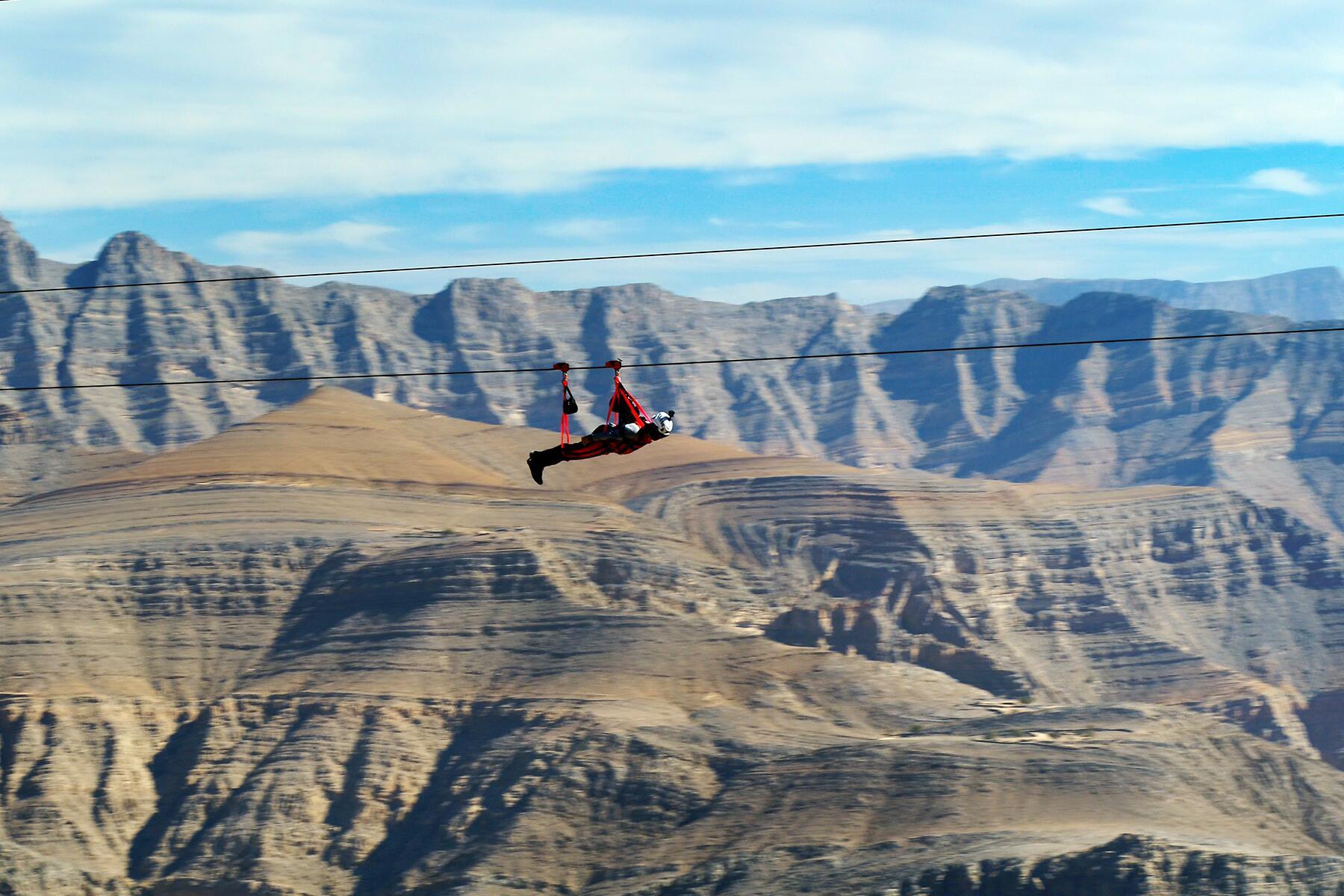 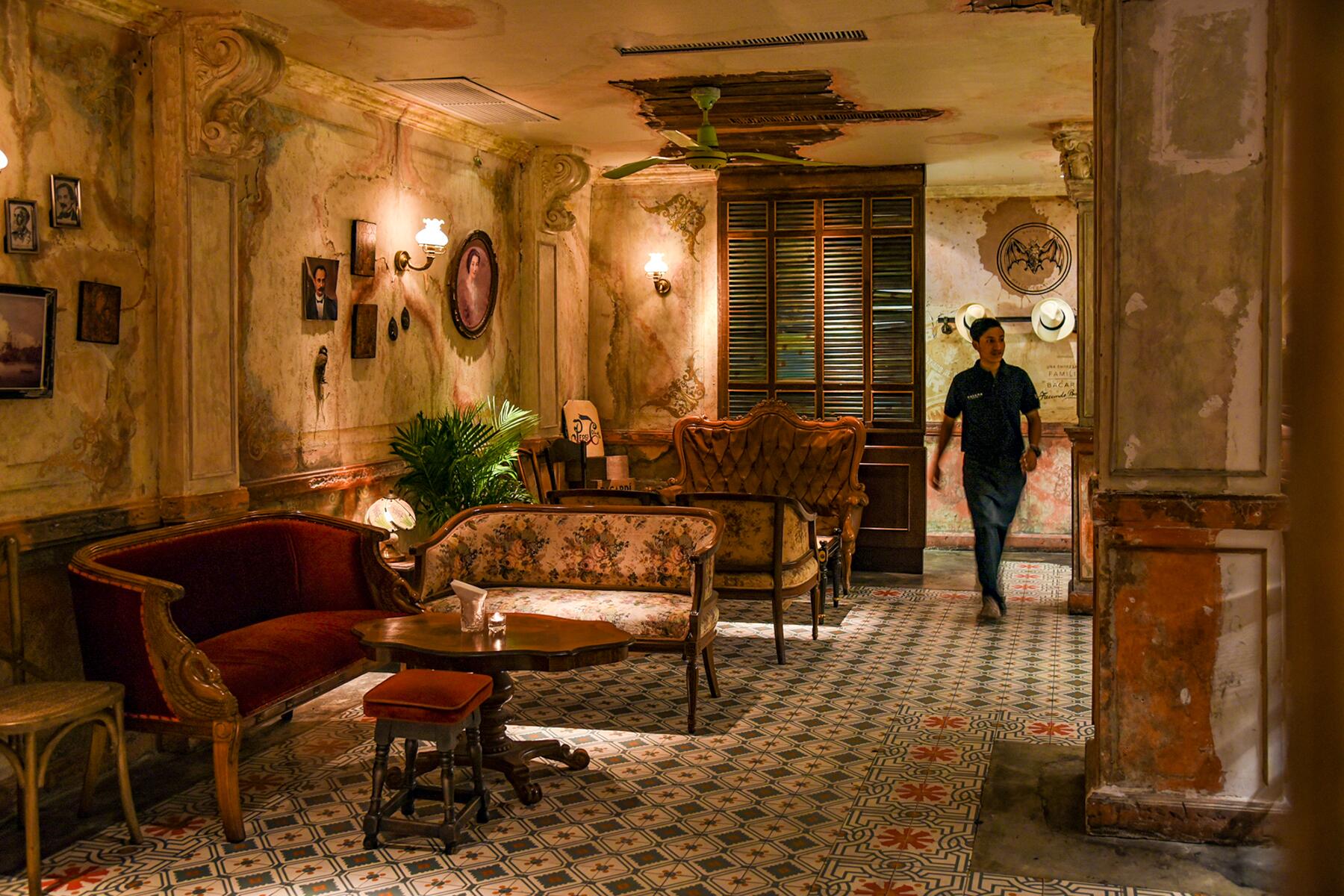 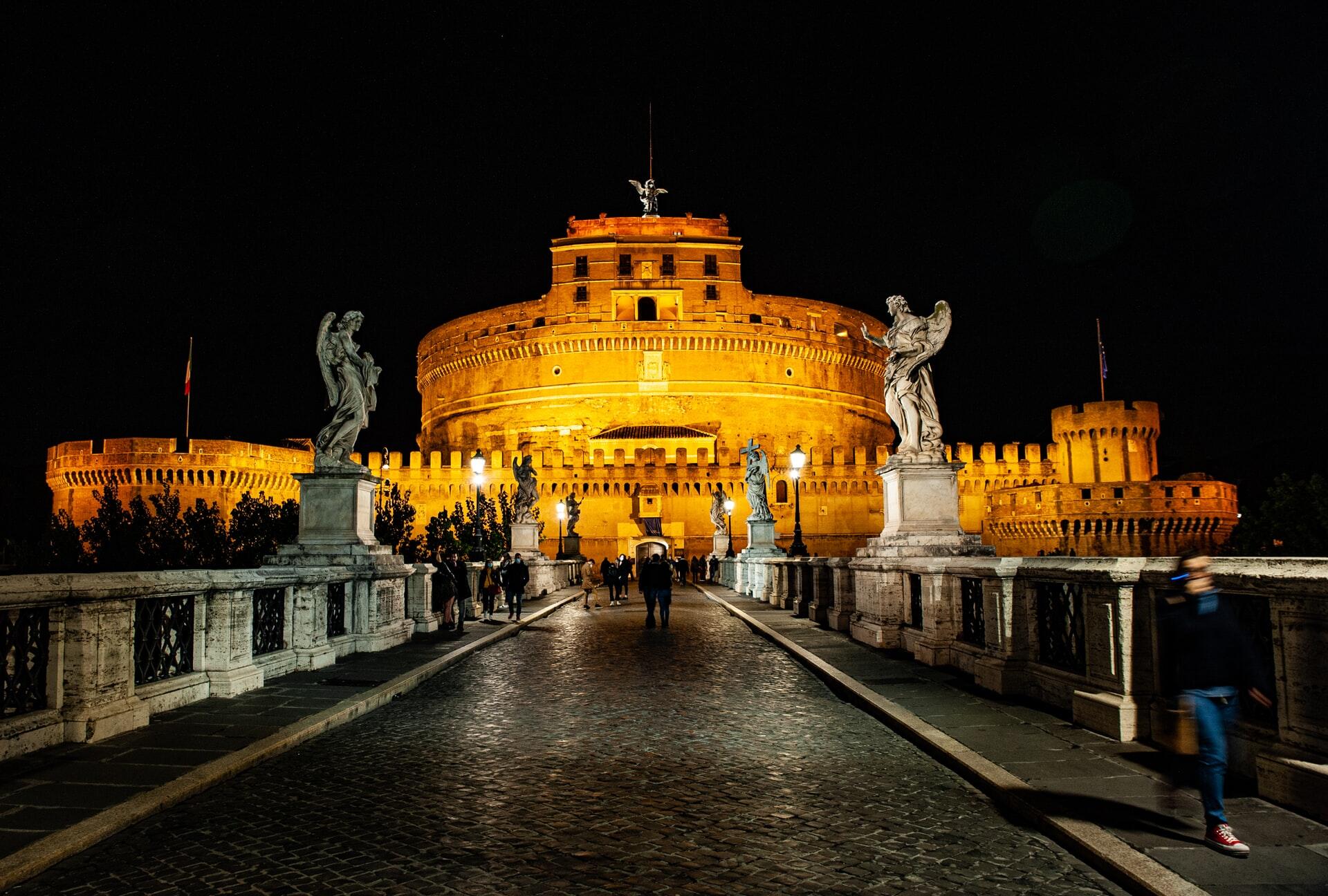 Jersey’s got an attitude, OK? You got a problem with that?

If all you know about the Garden State (yeah, there are lots of farms—wanna make something of it?) is the Parkway and its hideous traffic, the sprawling Bayway Refinery along the Turnpike, The Sopranos or, even worse, the Jersey Shore series, then no wonder you have a skewed view of our nation’s most densely populated state. Because New Jersey is often overshadowed by that bordering megalopolis which also has a “New” in its name, Jerseyans have had to carve out their own identity as tough step-children who get no respect. Which is why if you ever mock a resident’s accent by saying “Joisey,” at best you’ll elicit an eye-roll; at worst, a punch in the face.

With nine million people jammed into a mere 8,723 square miles, little wonder then that crankiness and its kissing cousin, eccentricity, abound here. Read on. 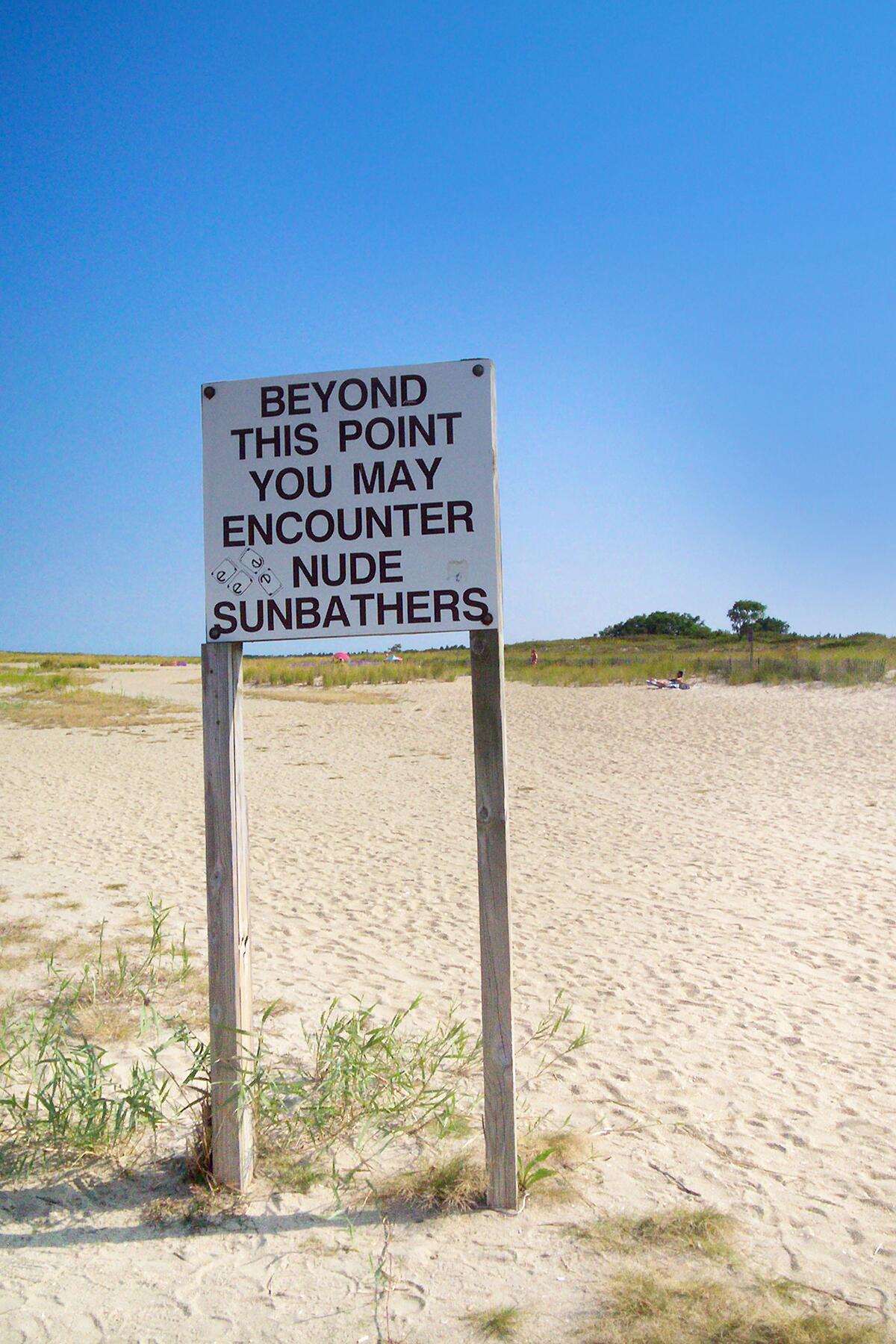 Gateway National Recreation Area spills over into that city over there, but Jerseyans consider they got the better part. Where else to celebrate National Nude Day (July 14) than at the only officially sanctioned clothing-optional spot within the National Park Service? Head “down the Shore” to Gunnison Beach, Parking Lot G, then hike in and strip down. When you’ve had enough baking where the sun (usually) don’t shine, get dressed and check out the former Nike missile base and the abandoned WWII bunker whose interior is covered with bizarre drawings.

INSIDER TIPJust before Sandy Hook are the Navesink Twin Lights. Check out the small museum, then climb up to gaze out over the Atlantic. 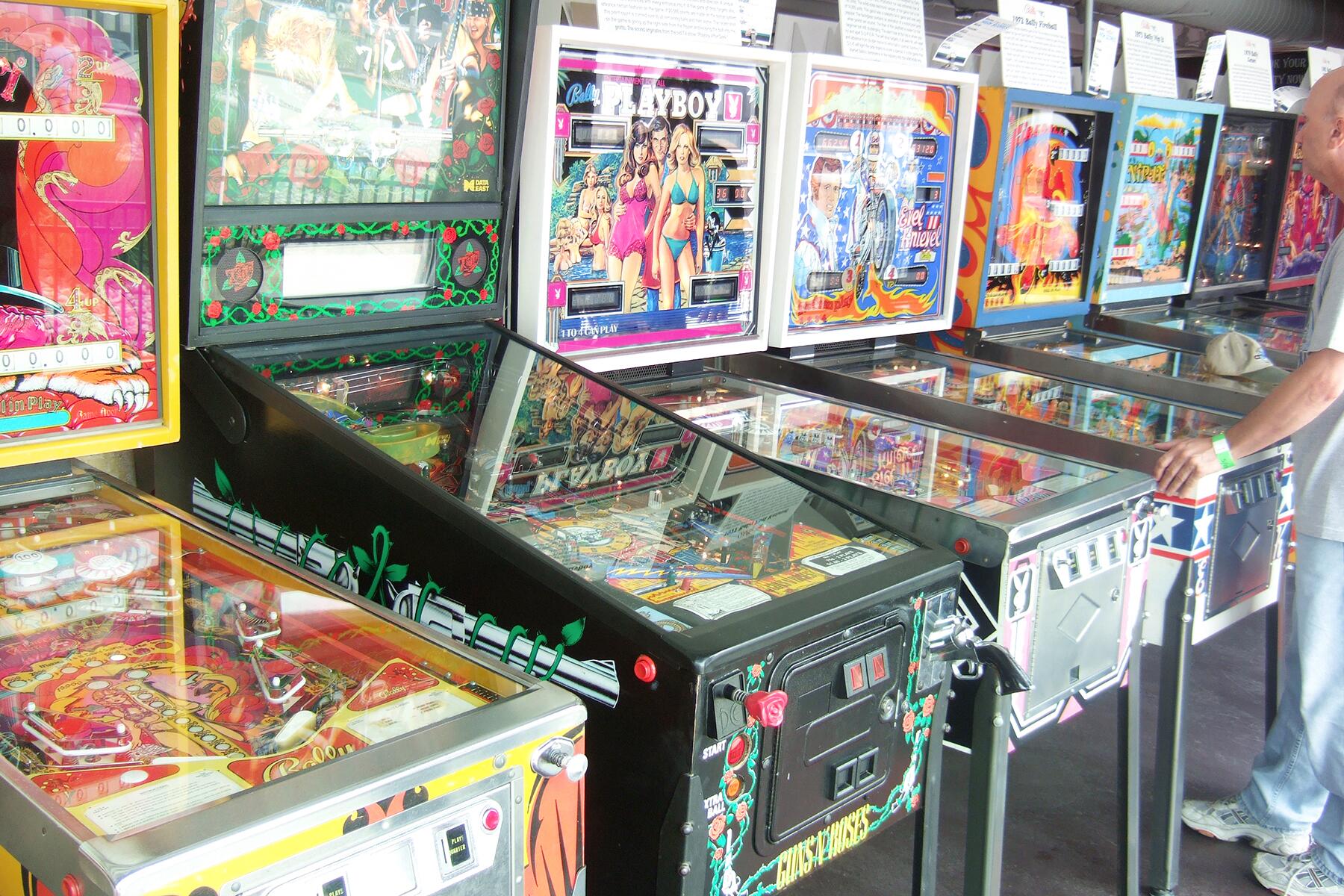 Feel All the Bumpers

The Jersey Shore’s boardwalks are lousy with amusement halls, but this quintessential beach town adds a twist. Let the digit counters fall at the Silverball Museum Arcade, which has 600 different machines from the ‘50s to the present in rotation. After a mean pinball session, walk a block to the fabled Stone Pony, launching pad for the careers of Jersey-born rockers Bruce Springsteen and Jon Bon Jovi. Be sure to check out the iconic but uber-creepy Tillie mural nearby, eerily looming over the Wonder Bar.

INSIDER TIPDon’t be surprised if Shore natives call you a “benny.” There are several theories about the nickname’s origin, but rest assured, it’s not a compliment. 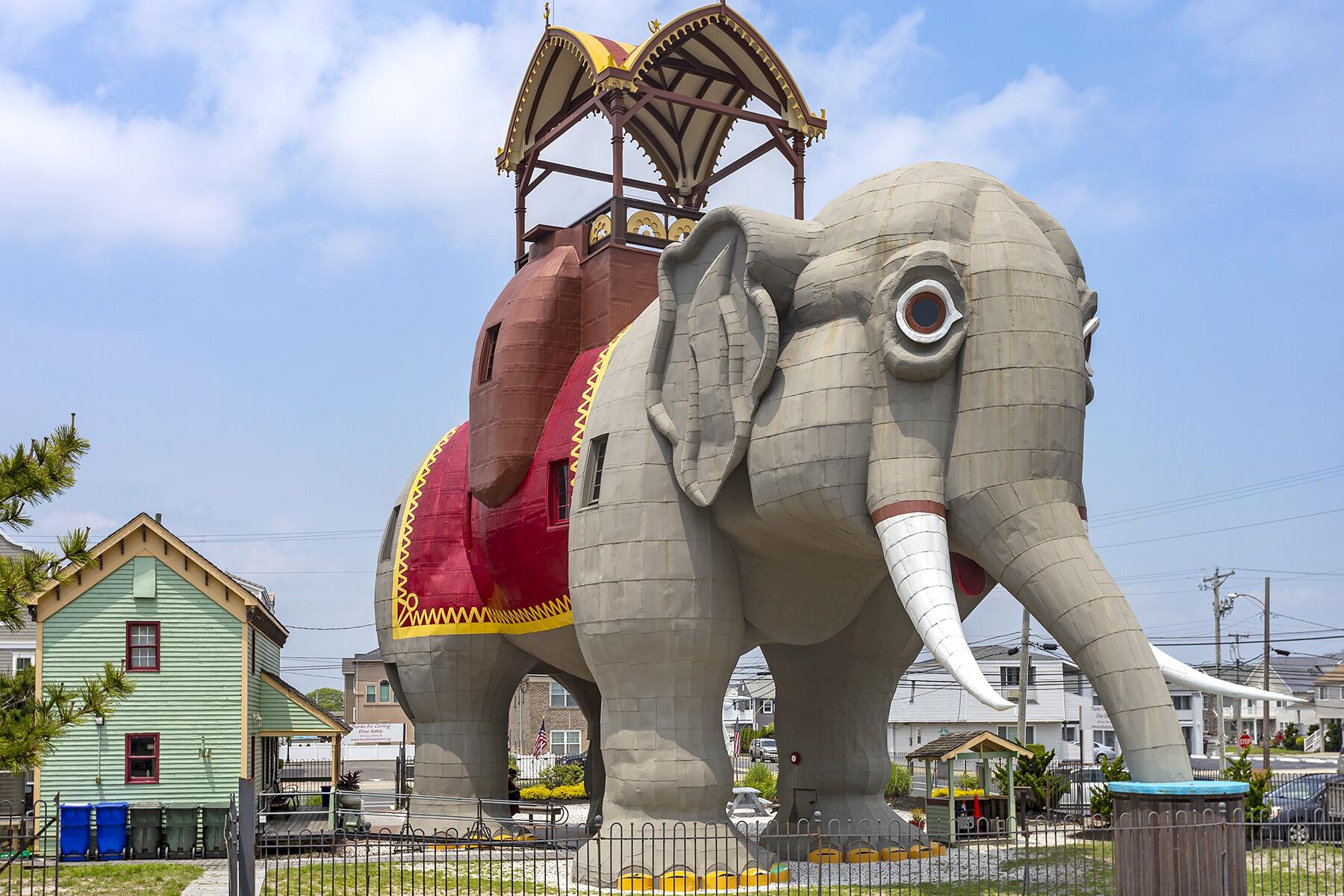 Surely you’ve heard of Lucy the Elephant, the 65-foot tall marvel just south of Atlantic City. He (yes, Lucy’s a prominently-tusked Asian elephant and therefore male) has been around since 1881, surviving storms, floods, fire, and neglect, finally saved by a concerned group of citizens. Tours take place throughout the day in-season and on weekends other times of the year. What you may not know is that that he’s now an Airbnb, complete with two stylish bedrooms and a bath. Good luck booking a stay, though—since the listing opened in pre-pandemic 2020, reservations have gone fast.

INSIDER TIPSouth of Barnegat Bay, Shore tourists are labeled “shoobies.” Initially referring to those who brought their lunch to the beach in a shoebox, it now refers to anyone who looks out of place, especially people who wears socks with flip flops or—gasp!–shoes on the sand. 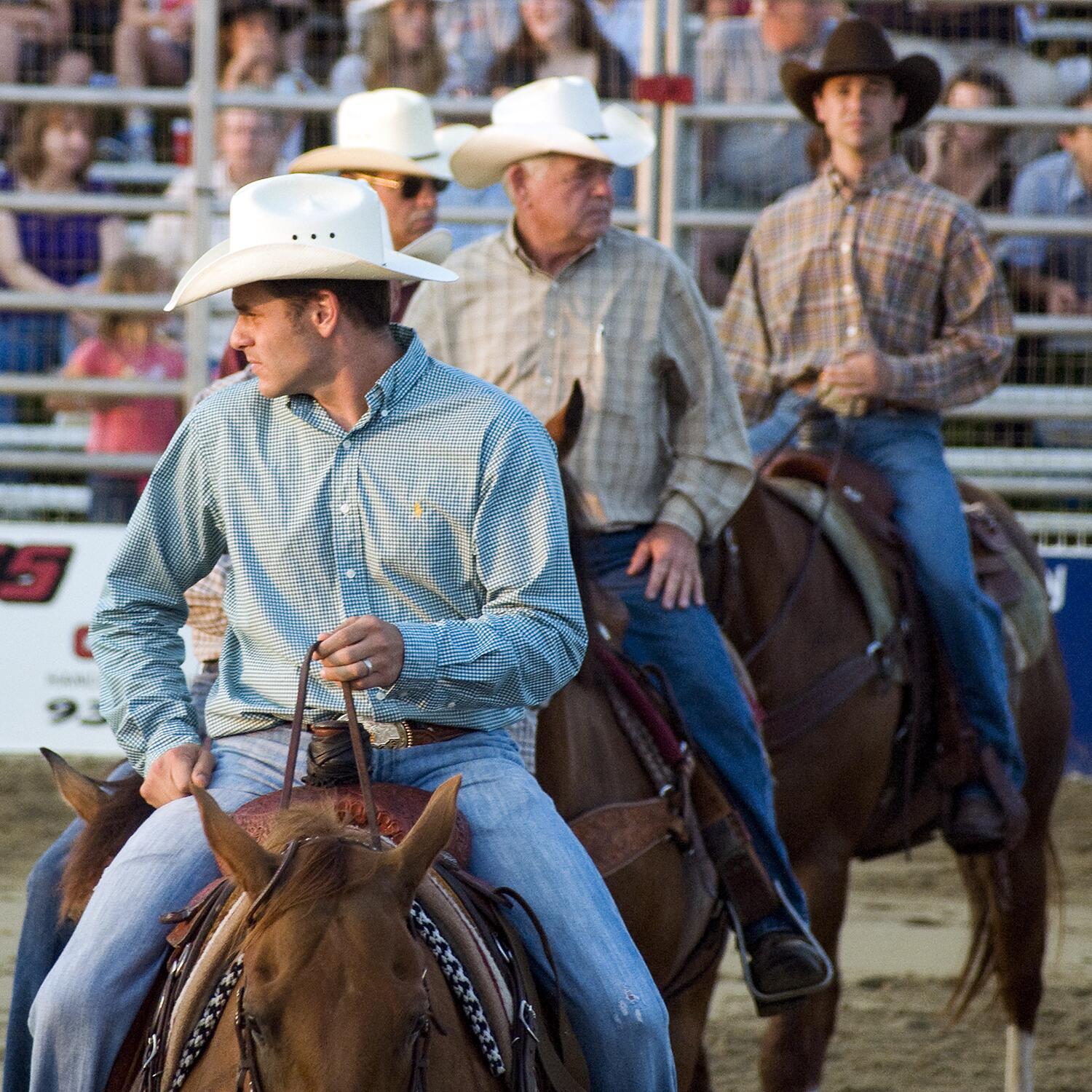 Yes, This Actually Is Your First Rodeo

Oddly enough, this eastern state embraces a bit of the Old West. Cowtown Rodeo is the longest operating professional rodeo in the entire country. “The Best Show on Dirt” presents bronco riding, steer wrestling, barrel racing, and more every Saturday from Memorial Day weekend through the end of September. A visit just might give you a few tips on dealing with Jersey’s crazed motorists.

INSIDER TIPClose by is the Pine Barrens, covering nearly a quarter of the state, a strange yet amazing place to explore. Its deserted and occupied towns are the stuff of legends—after all, this is the abode of the mythical New Jersey Devil, namesake of the state’s NHL team. Inhabitants are dubbed “pineys,” yet another uncharitable moniker (do you detect a pattern here?) 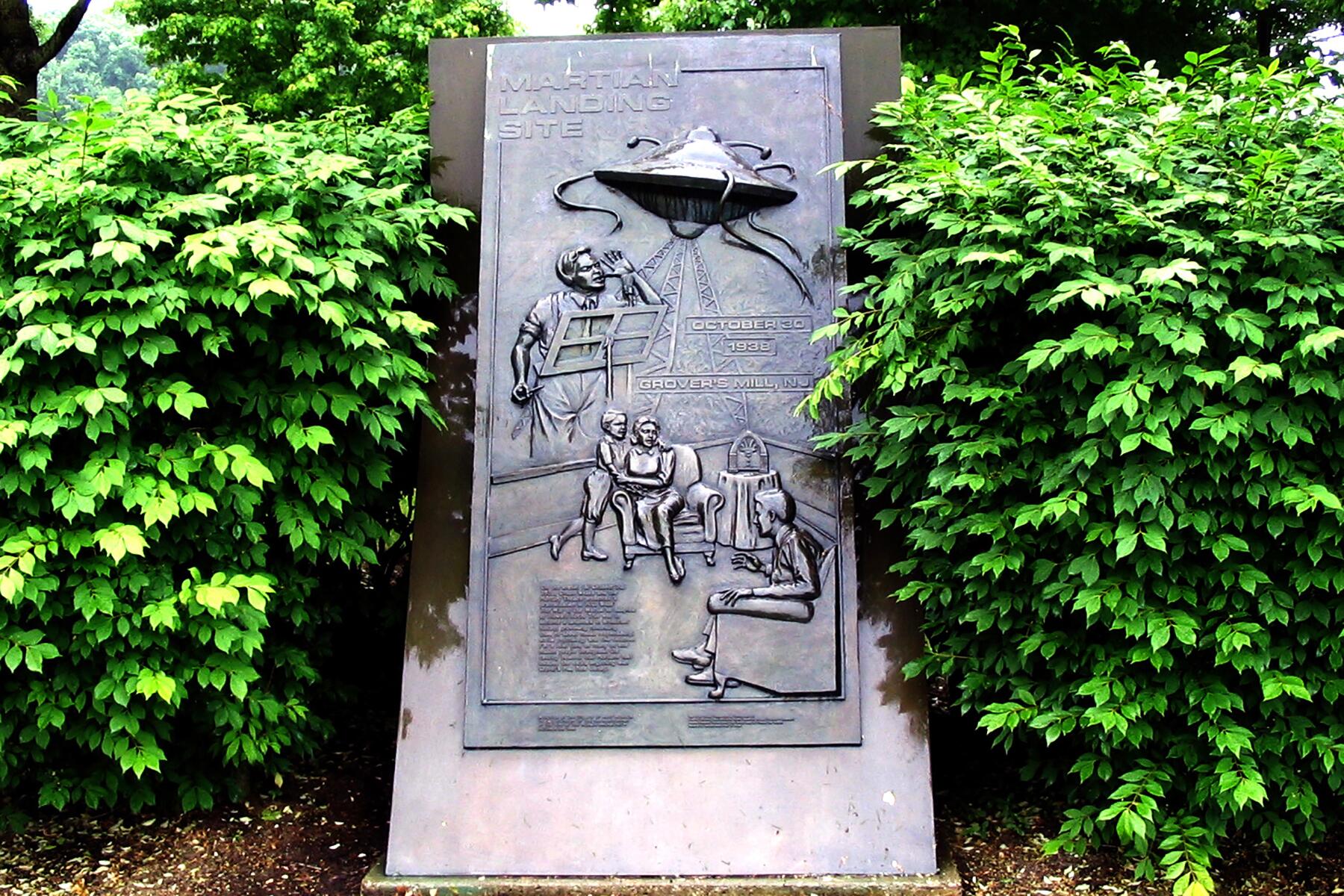 They Came From Beyond

H.G. Wells’ The War of the Worlds is a classic sci-fi novel depicting a Martian landing, but it’s perhaps best recognized from Orson Welles’ news-broadcast-formatted adaptation, which aired on his October 30, 1938 Mercury Theatre on the Air radio program. A small percentage of listeners fell for the fake news, thinking ETs really had come to Earth in the tiny burb of Grovers Mill (spelled with an “‘s” in some instances). The resulting frenzy (and hype) is memorialized at the site of the supposed touchdown, Van Nest Park. Today’s visitors often land at Grover’s Mill Coffeehouse & Roastery to peruse the WOTW memorabilia.

INSIDER TIPDon’t leave the area without paying your respects to Elsie the Cow. The grave of the celebrated spokesheifer, born You’ll Do Lobelia, is somewhere beneath Plainsboro townhouses, but her tombstone is visible. Elsie’s gripping story is told at the Historic Wicoff House Museum.. 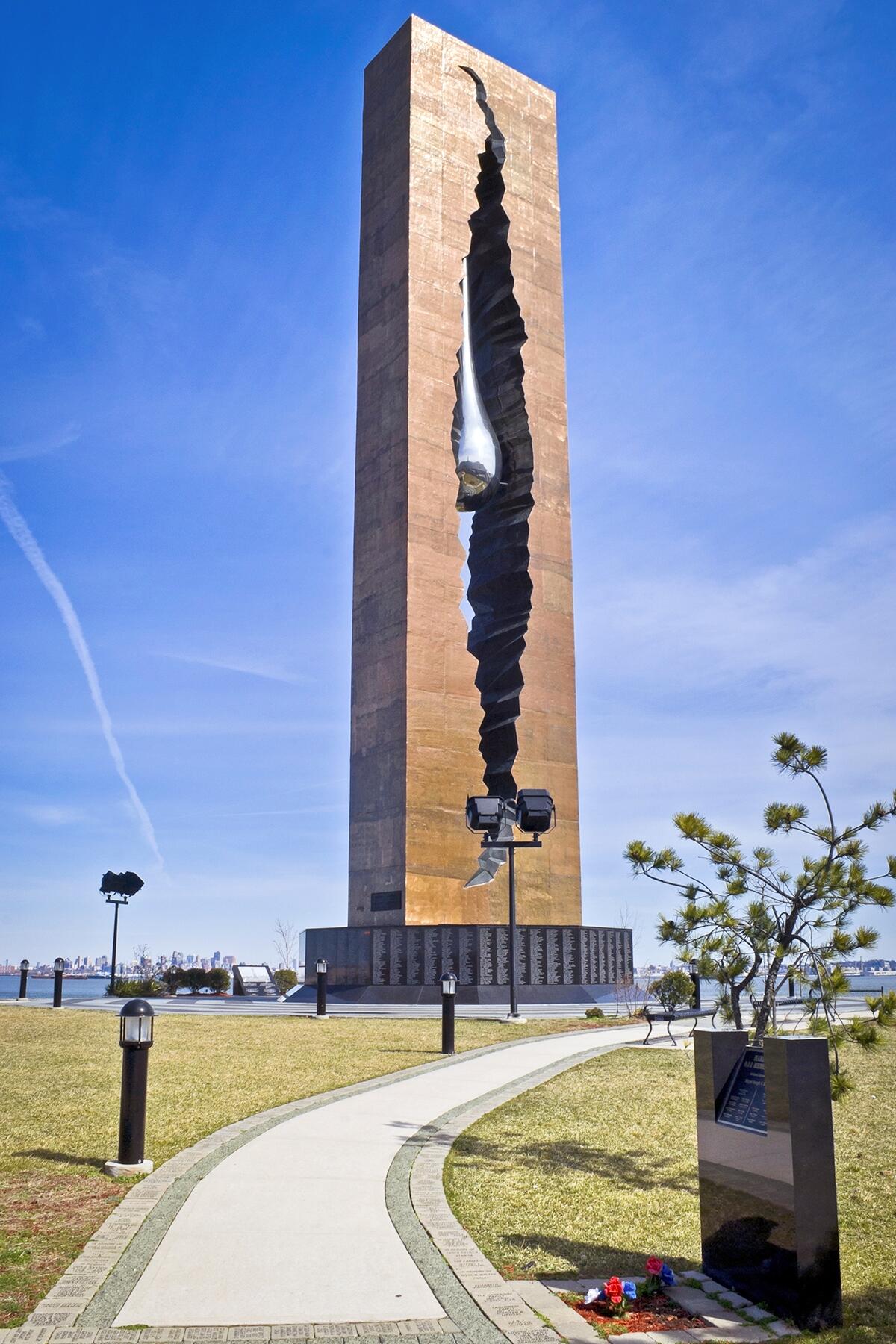 The folks in Russia, including Vlad himself, wanted to show solidarity with the U.S. in the wake of 9/11. The result is “To the Struggle Against World Terrorism,” a ten-story, bronze-plated sculpture located at Bayonne’s former Military Ocean Terminal. The Russian Federation President spoke at the groundbreaking, then-President Bush at the 2006 dedication. Controversy has dogged the Teardrop memorial from the start, though. The design—with its jagged slash in the center in which a giant metal tear hangs—has been variously described as resembling part of the male anatomy, an embarrassment, tacky, and just plain ugly. Jersey City rejected it. Putin is on our naughty list. The debate goes on…

INSIDER TIPYou’ll spot Jersey City’s Liberty State Park from the Teardrop. Stroll the waterfront (all right, the views of that municipality across the Hudson are spectacular), then catch the ferry to the Statue of Liberty and Ellis Island. 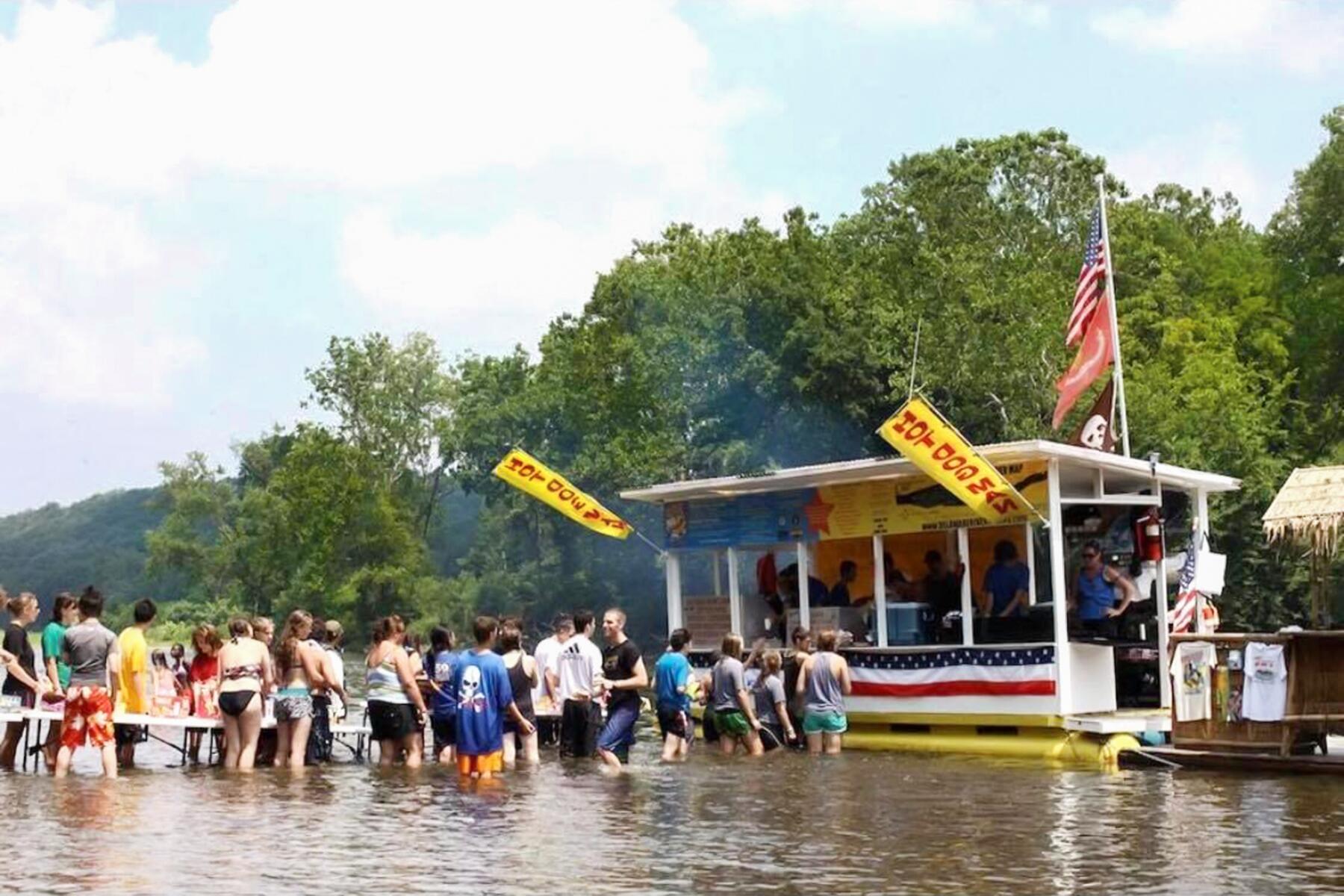 On a typical summer day, crossing from Pennsylvania to New Jersey over the Delaware, you’ll notice bunches of people bobbing down the river in brightly colored tubes. As you might imagine, it’s not easy to keep food dry with all that splashing, but the Famous River Hot Dog Man is on the case! The floating eatery plies its water-logged customers with food and drink from June through Labor Day weekend. Tables are set up right in the river, so patrons can stay cool while chowing down.

INSIDER TIP“If you like hot dogs,” writes NJ.com’s Peter Genovese, “New Jersey is the center of the hot dog universe.” On land, try the West Orange and Kenilworth branches of Jimmy Buff’s for an artery-clogging Italian-style weenie. 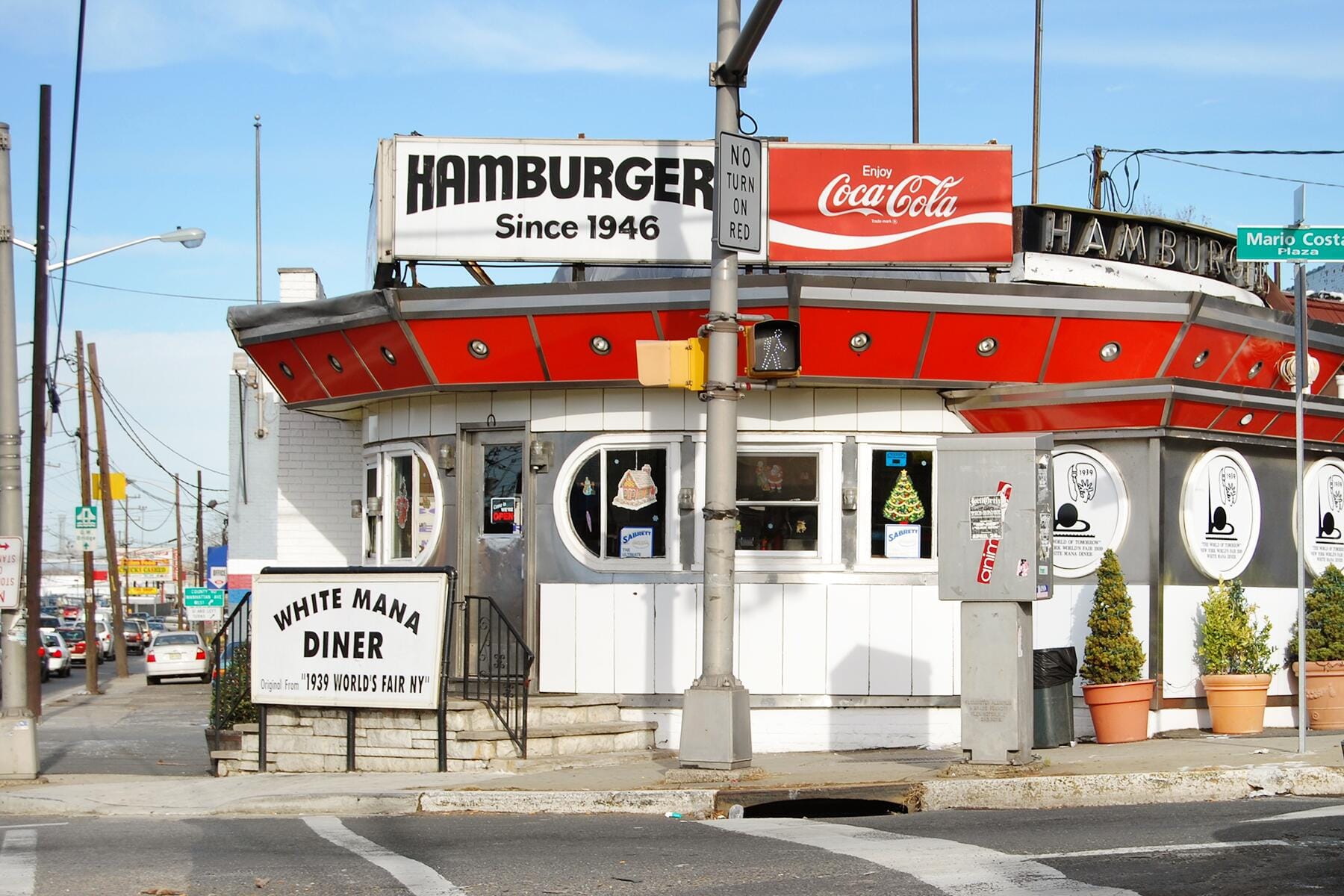 WHERE: Jersey City and Hackensack

A tiny diner with a gleaming exterior debuted at the 1939 World’s Fair in Queens, part of the exposition’s “World of Tomorrow” theme. Purchased after the fair closed and transported to Jersey City, the White Manna eventually expanded to five locations. The original’s sign, however, came misspelled with only one “n,” but the proprietor kept it anyway. After his death, two diners remained—the Jersey City White Mana and Hackensack’s White Manna. The current owners sparred on a 2010 episode of Food Network’s Food Feuds, with Hackensack coming out on top in the “Best Burger” category. Try both versions and decide for yourself.

INSIDER TIPBagels, pizza, and Taylor ham (aka pork roll) also are major food groups in the state. You’ll find the latter on the menu at any self-respecting Jersey diner. For a variation on the old favorite, try Windy Brow Farms’ Taylor Ham and French Toast ice cream. 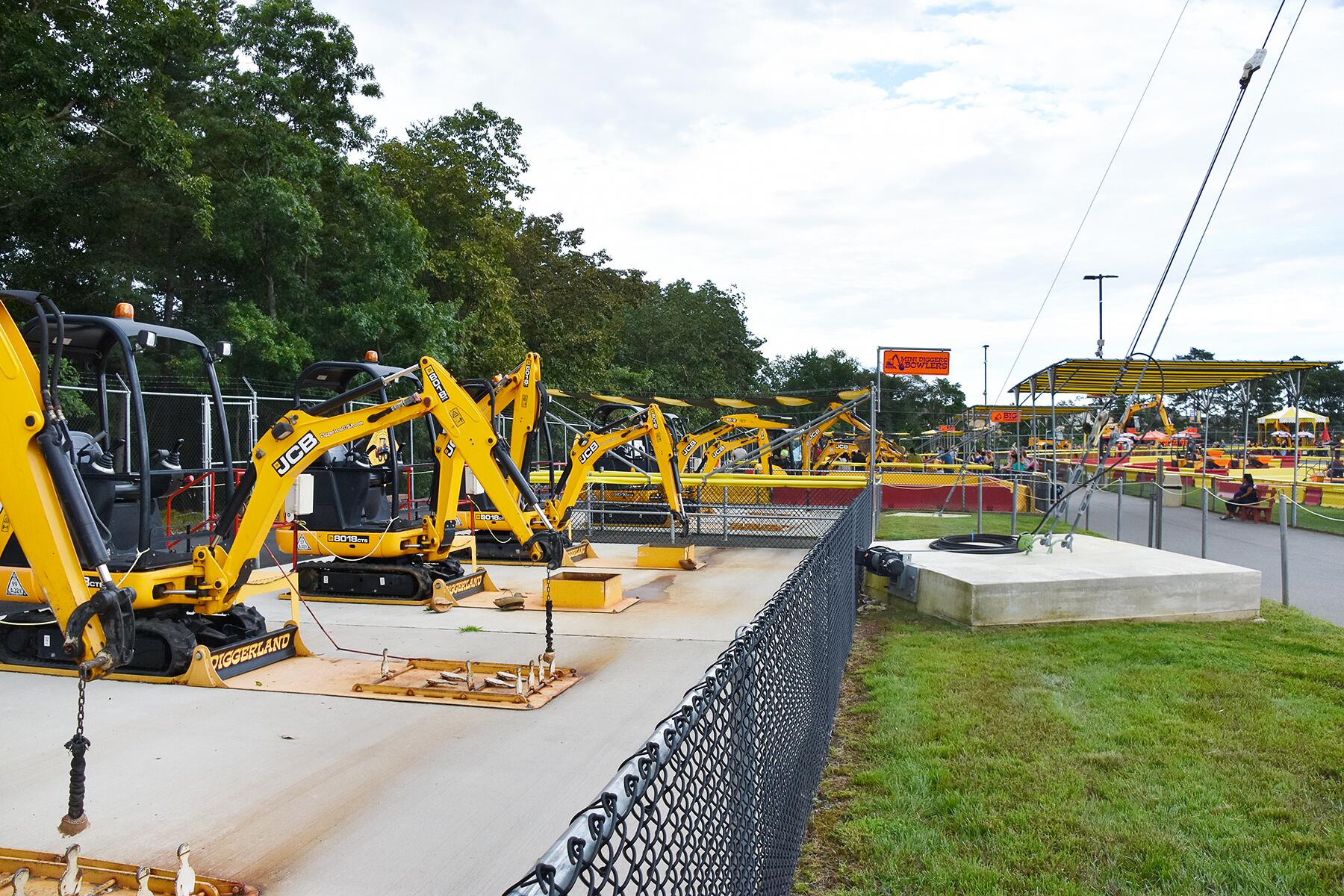 Breaking Up Is Fun to Do

Ever spied a piece of highway-building equipment sitting by the side of the road and thought, “I wonder if the keys are in it?” Before you do anything rash that could land you in the pokey, head instead to Diggerland, which bills itself as a “construction amusement park.”  There you can (legally) operate real machines like backhoes, excavators, loaders, and dozers to your heart’s content. Kids 36” and taller are able to ride with adults and take the wheel on pint-sized versions. A water park is open in the warmer months.

INSIDER TIPWhile the U.S. has only one Diggerland, the U.K. has four locations! What’s up with that? 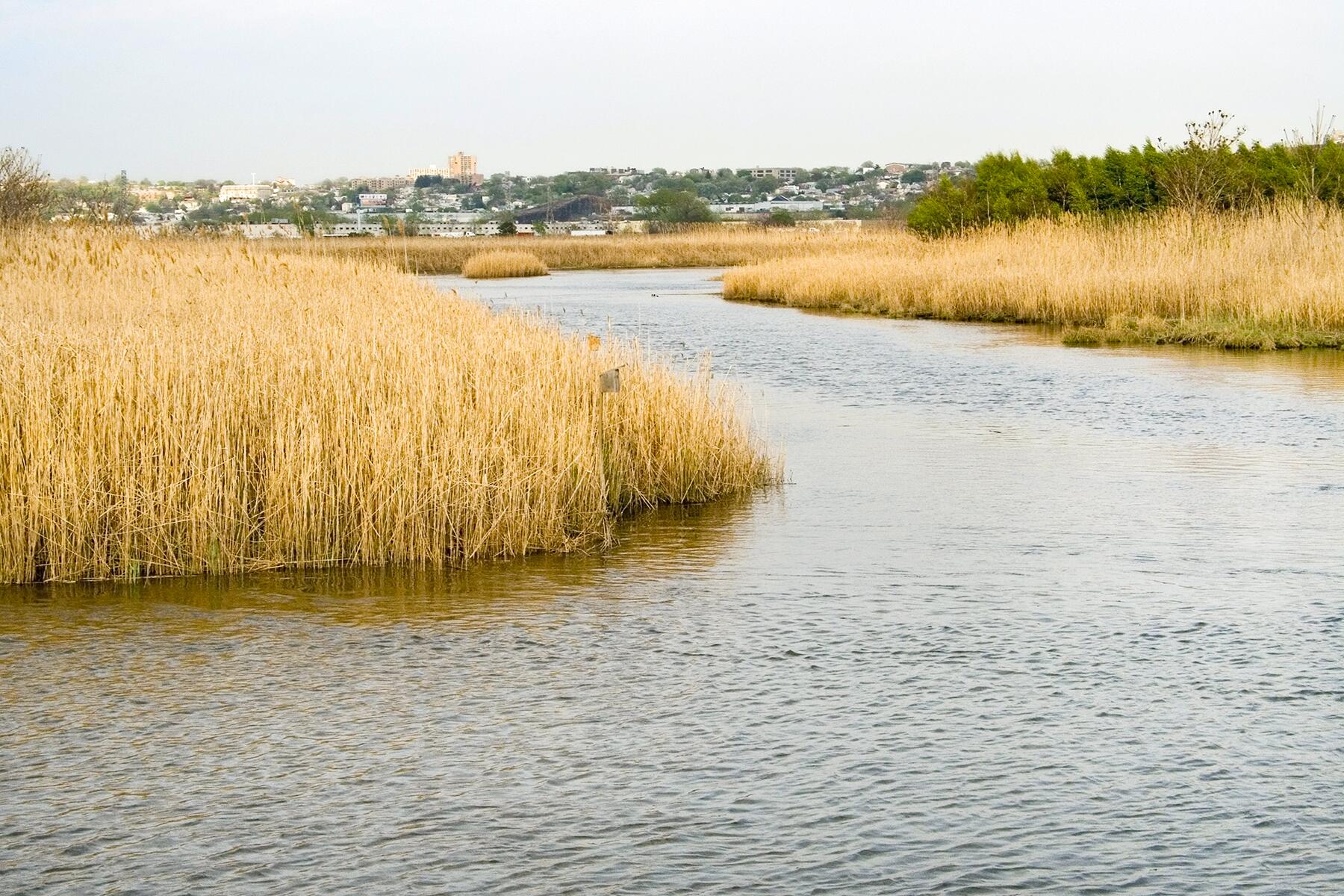 The word “Meadowlands” is usually associated with a racetrack, plus a stadium housing two football teams whose titles are also linked with that urban neighbor (another sore spot among Jerseyans). But as its name implies, the Meadowlands is primarily a wetlands ecosystem teeming with wildlife. Hackensack Riverkeeper offers canoe and kayak rentals for daytime and moonlight excursions, as well as guided paddles, out of Laurel Hill Park (otherwise known as Snake Hill, with a spooky history to match). Piloted eco-cruises ply the Meadowlands, the Hackensack River, and even Newark Bay. Forget the Giants and Jets—the real game isn’t on the field; it’s in the water.

INSIDER TIPThe region’s also hosted a succession of troubled retail and entertainment complexes, the newest being the already-on-shaky-ground American Dream.

Cowtown isn't really near the Pine Barrens. It's in Salem County, which is pleasantly quirky. The courthouse steps in Salem were where someone publically ate a tomato, to prove this relative of the deadly nightshade was edible. Voila - Jersey tomatoes!