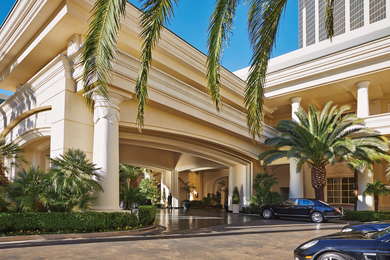 If peace and quiet are what you're after, this is your spot. After checking in at a separate ground-level lobby, guests are whisked up to the top floors of the main hotel tower at Mandalay Bay, cushioned from the general casino ruckus. You have your own health club and spa, your own recreation area, private parking, and posh restaurants, including Charlie Palmer Steak and Press, an indoor/outdoor lounge that serves tapas-style dishes and handcrafted cocktails. If you feel the urge to join the Vegas revelry, all of Mandalay Bay Resort's offerings are available to you as well. We love the marble bathrooms with deep soaking tubs and separate showers, as well as the fabulous views—floor-to-ceiling windows look over the Strip or the Las Vegas Valley (you'll pay a good bit more for a Strip vista). The pampering policy here even extends to the smallest guests: every child will find a stuffed animal and milk and cookies on arrival. In addition to full access to Mandalay Bay's sprawling pools and beach, guests of the Four Seasons have a private pool at their disposal. The quiet lobby library is a great place to relax, too.

Four Seasons Hotel Las Vegas is a marquee brand with a deep history that spans the globe. Its Las Vegas outpost is imbued with the same attention to detail as its other properties. Located on the 35th-39th floors of Mandalay Bay and accessed through express elevators in a separate entrance, it is a world unto itself, a true sanctuary in a city that can at times be raucous. The rooms are Art Deco-inspired, with bold artwork throughout and stylish, quality constructed furnishings. Floor-to-ceiling windows, down duvets and pillows, and thick terry bathrobes are just some of the features of Four Seasons’ suites.

December is typically the slowest month in Las Vegas for tourism. Locals know to call up the Four Seasons for unbeatable rates. It makes a nice staycation. If you’re visiting then, you’ll have access to great deals too. 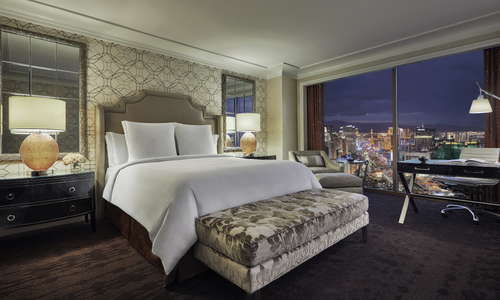 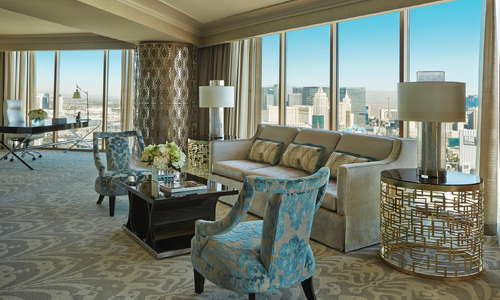 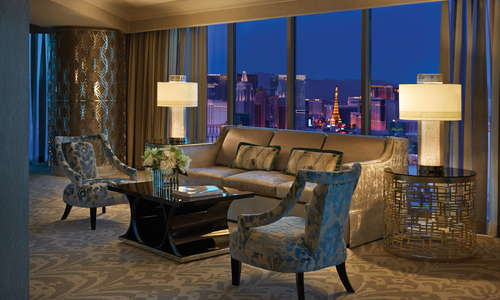 A deep soaking tub is the most arresting feature of a Four Seasons room, with a plush terry bathrobe at the ready. Marble bathrooms with backlit mirrors and an integrated television system add to the feeling of luxury. 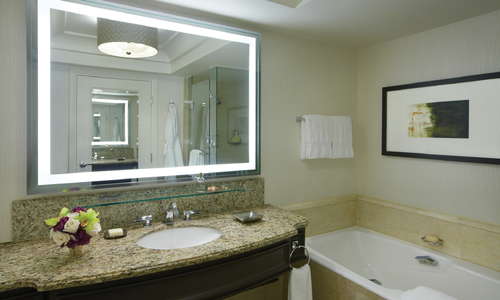 The Four Seasons attracts a certain clientele, mainly business travelers who are not in the city to partake in the glitz and glamour. The lobby is beautiful and serene but also practical: It houses Press, a lobby bar that serves a coffee and pastry spot in the morning before a meeting or a place to grab pre-dinner cocktails.

YOU SHOULD KNOW Four Seasons itself does not offer any gaming, so if you’re looking to try your luck, head to Mandalay Bay from some casino-floor action.

For what is essentially a boutique hotel, Four Seasons boasts a lovely outdoor pool and whirlpool, where you catch rays while sipping on a cocktail. It most definitely does not have a dayclub vibe, which, of course, is right on brand. But should you need more, you have access to Mandalay Bay pools for families and adults. 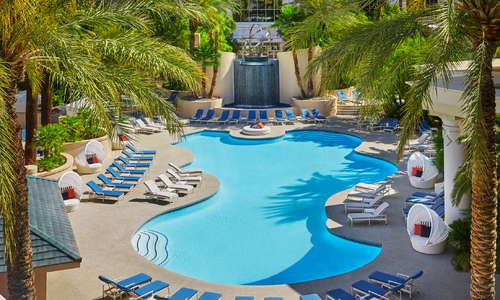 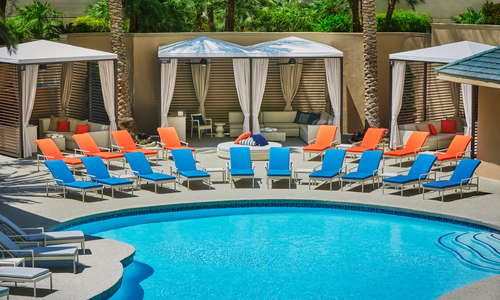 Though not as large as its Strip counterparts, Four Seasons’ spa is an award-winning relaxation sanctuary with 15 treatment rooms and an extensive menu of services. 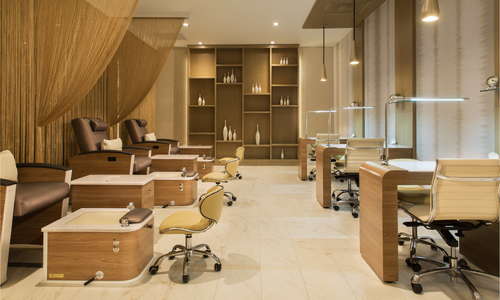 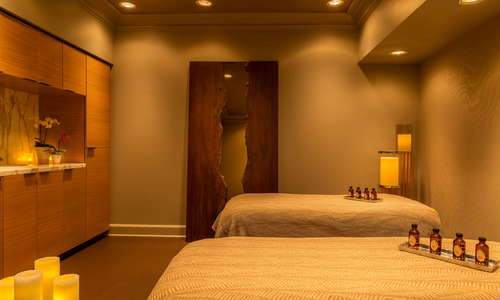 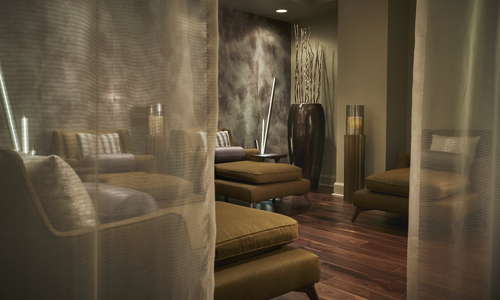 The marquee restaurant here is Charlie Palmer Steak, but if you’re looking for a more versatile menu, Veranda delivers Italian cuisine with aplomb. You can dine indoor or out, but we recommend the fresh air especially in the cooler months. 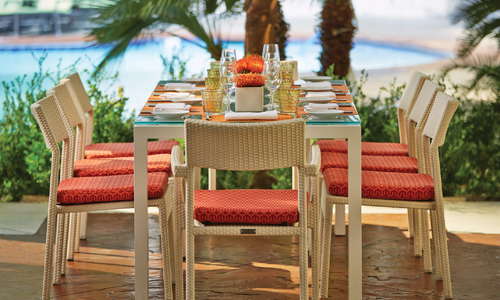 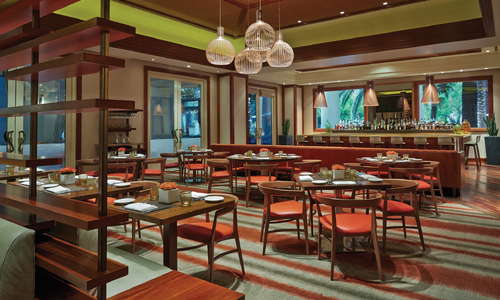 PRESS is a lovely spot for an end-of-the-day cocktail, with happy hour specials from 7-9 p.m. daily. Get a glass of house wine or Prosecco for $88, a glass of draft beer for $4 and the cocktail of the hour for $8.

Four Seasons is on the southernmost end of the Strip, so if you want to explore the Strip, it’s best to hop on the monorail at Excalibur or Uber to go beyond the Strip. You may not find everything you need or want here, but you have the full option of Mandalay Bay’s offerings next door.

Charlie Palmer’s Aureole (8-minute walk) has an impressive wine tower, and you can get a taste of it during happy hour from 5-7 p.m. in the Lounge. For a more raucous time, head to Coyote Ugly at New York-New York (12-minute walk) and watch talented bartenders pour their hearts out.

Four Seasons is an impeccable brand. No matter where in the world you stay, you know you’re getting the creme de la creme of hospitality. The Las Vegas outpost is no different; you can choose to luxuriate in its familiar service, but you also have the option of branching out to a more Vegas experience. It’s the best of both worlds. 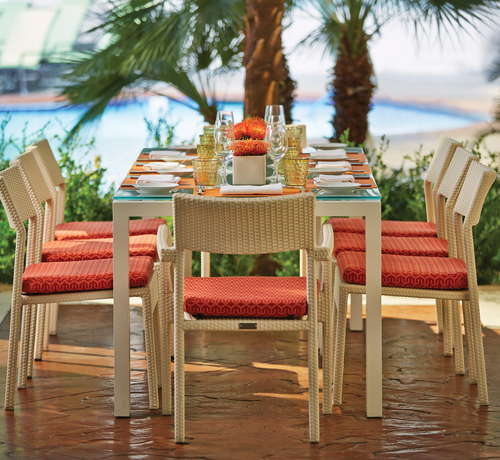 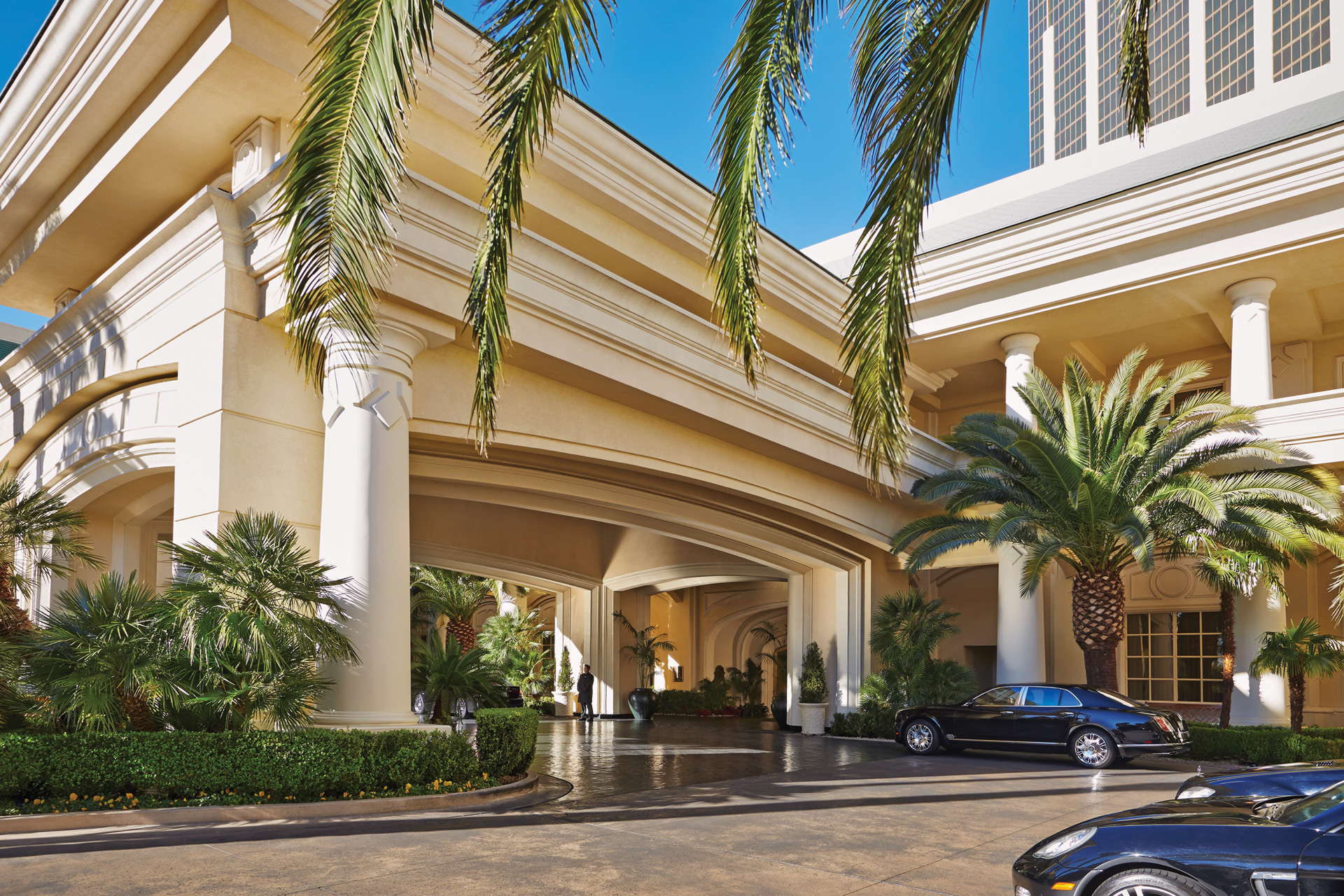 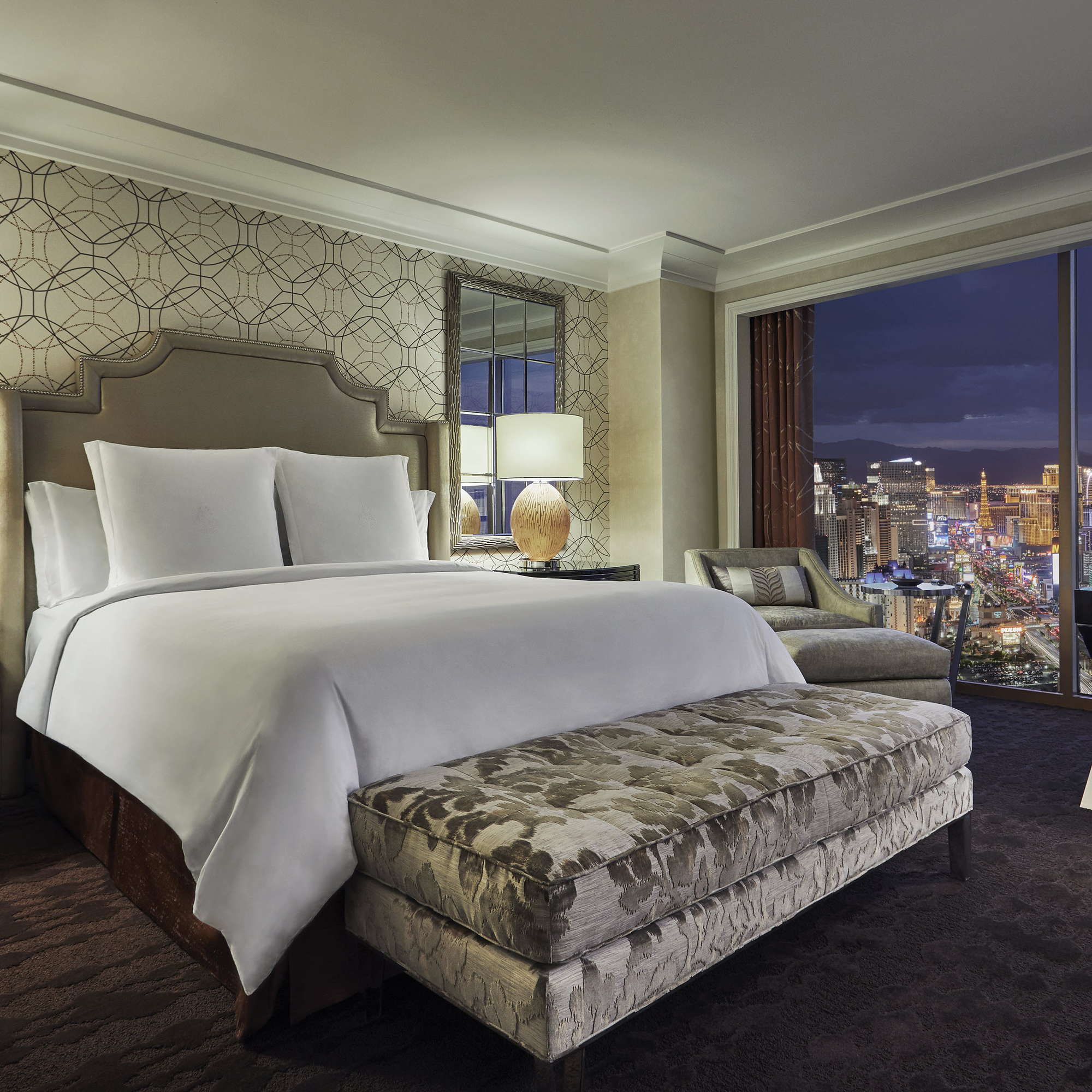 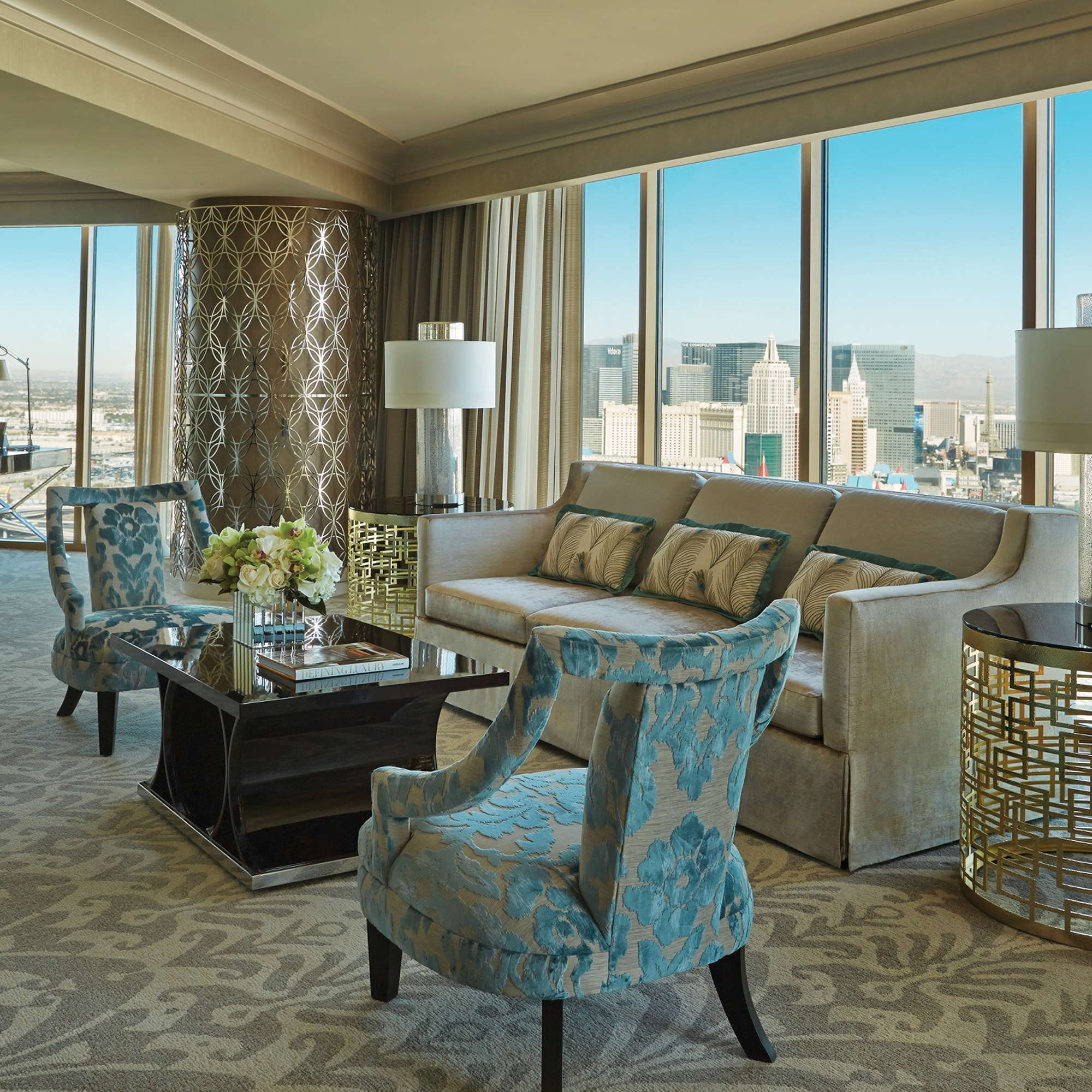 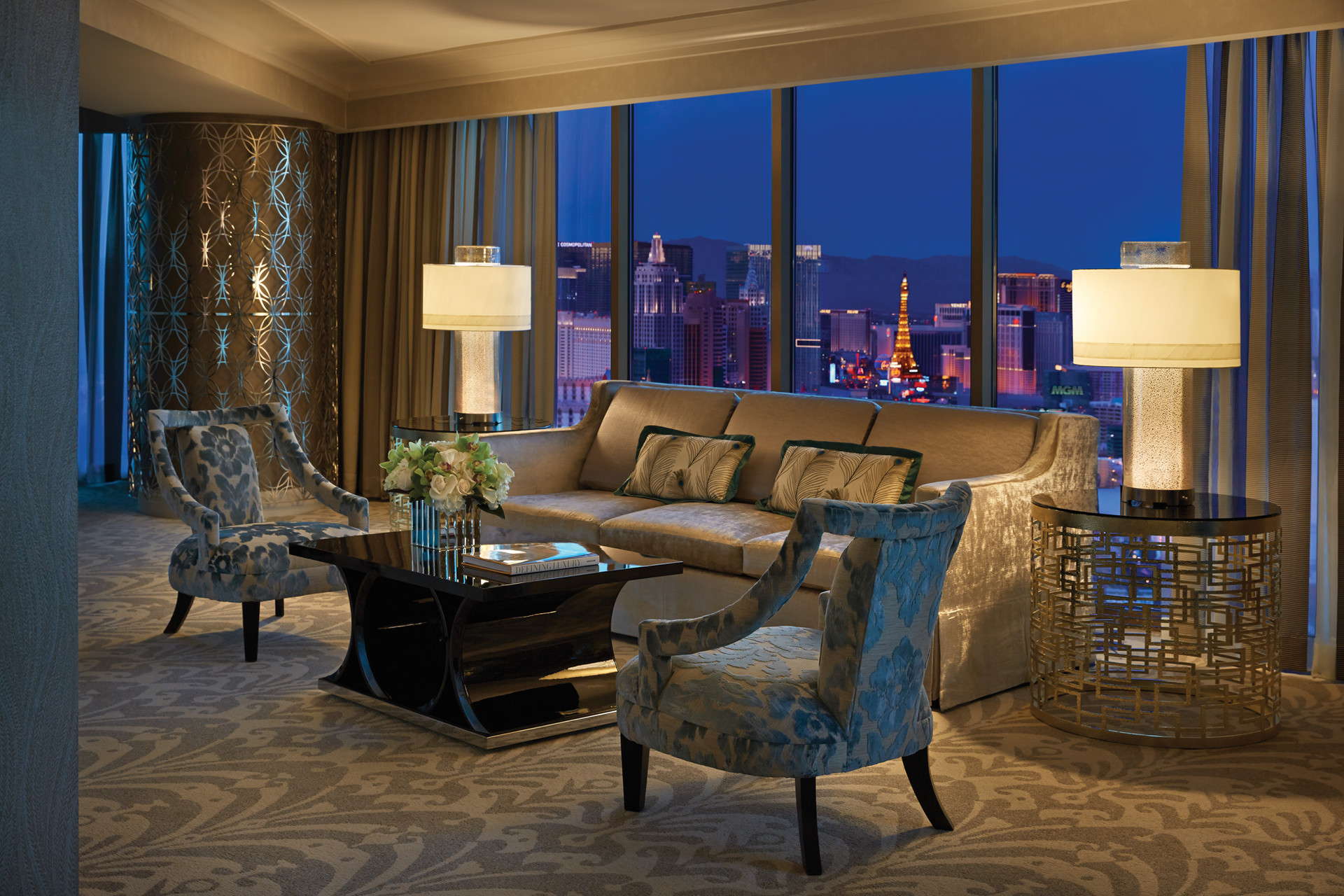 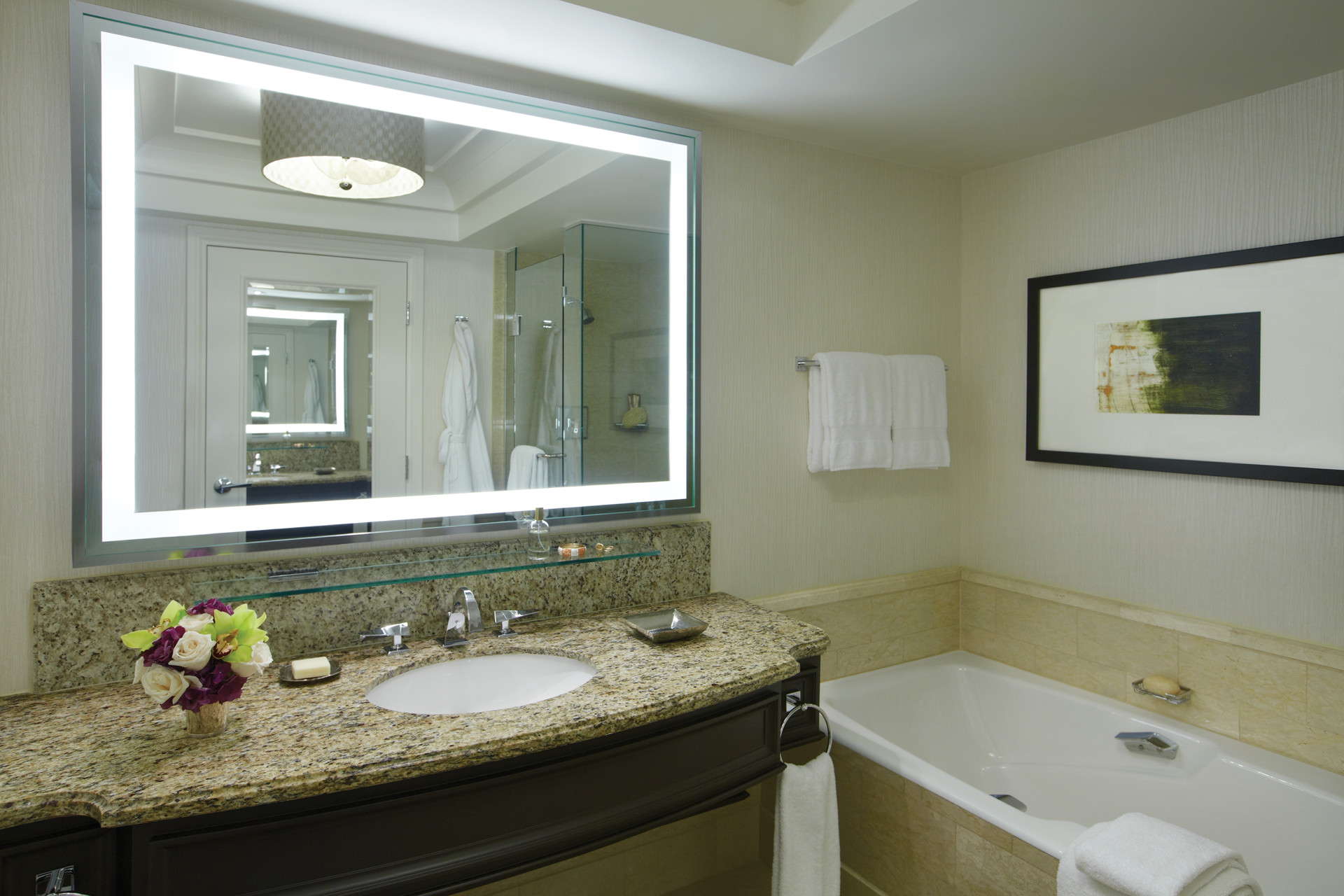 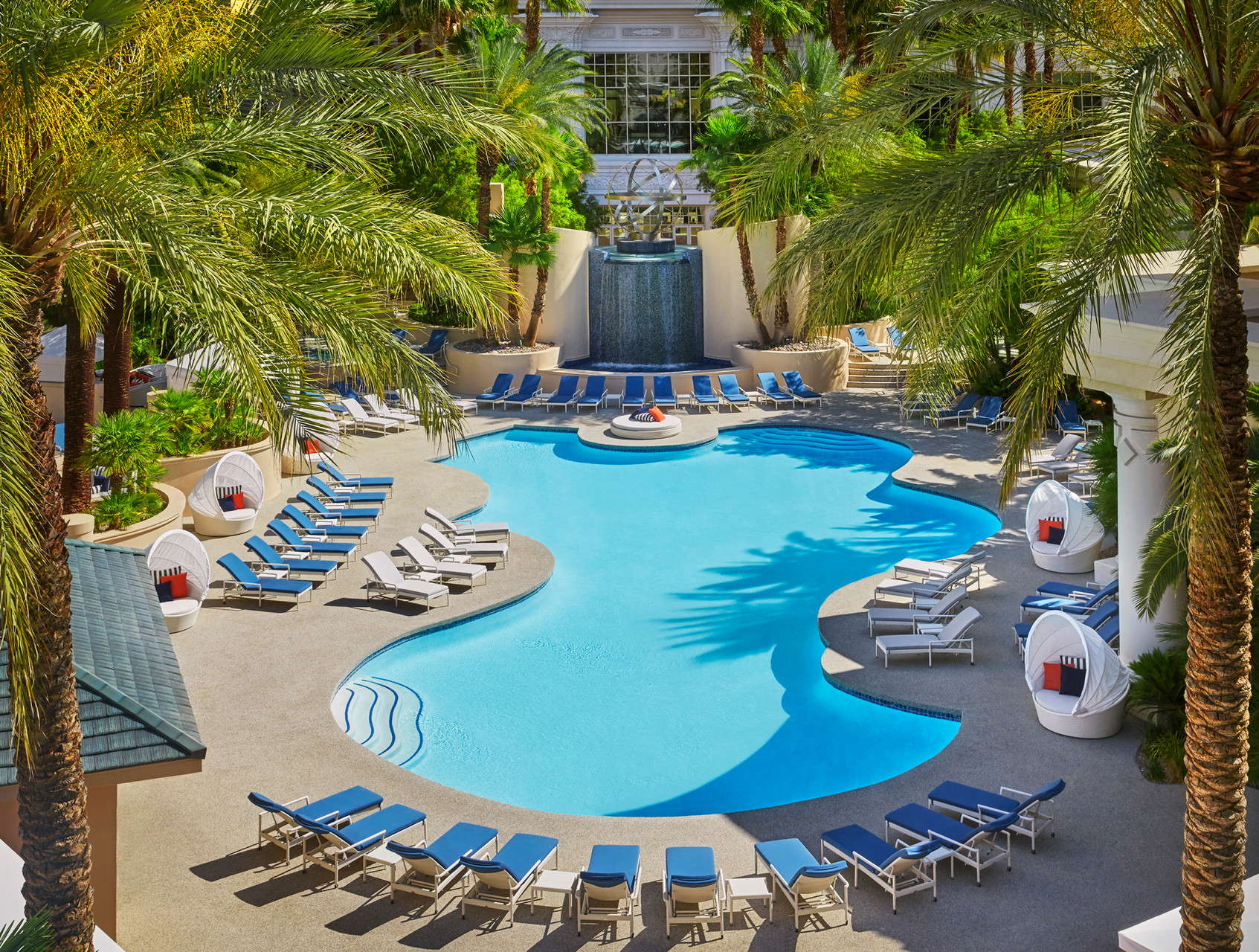 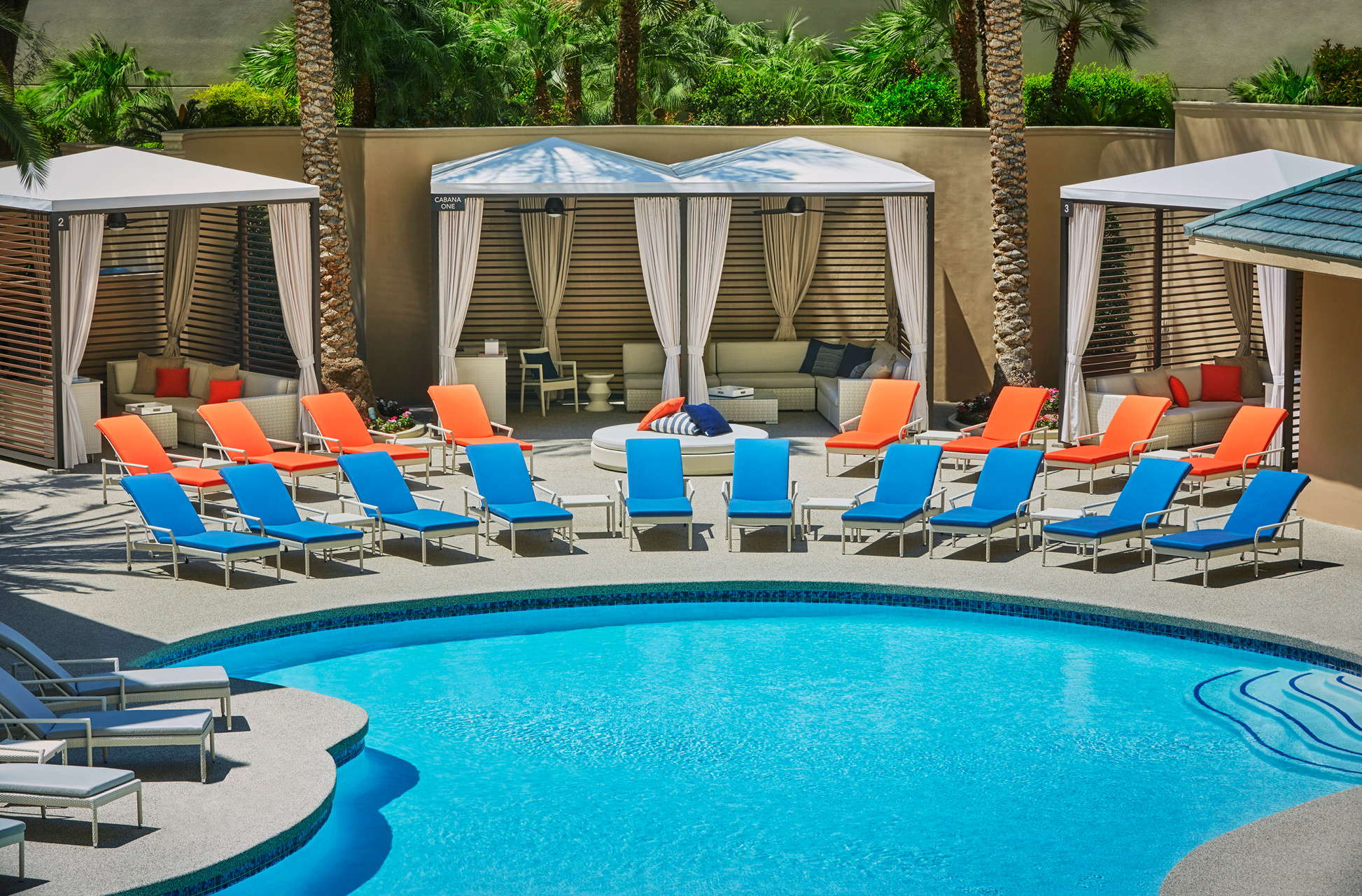 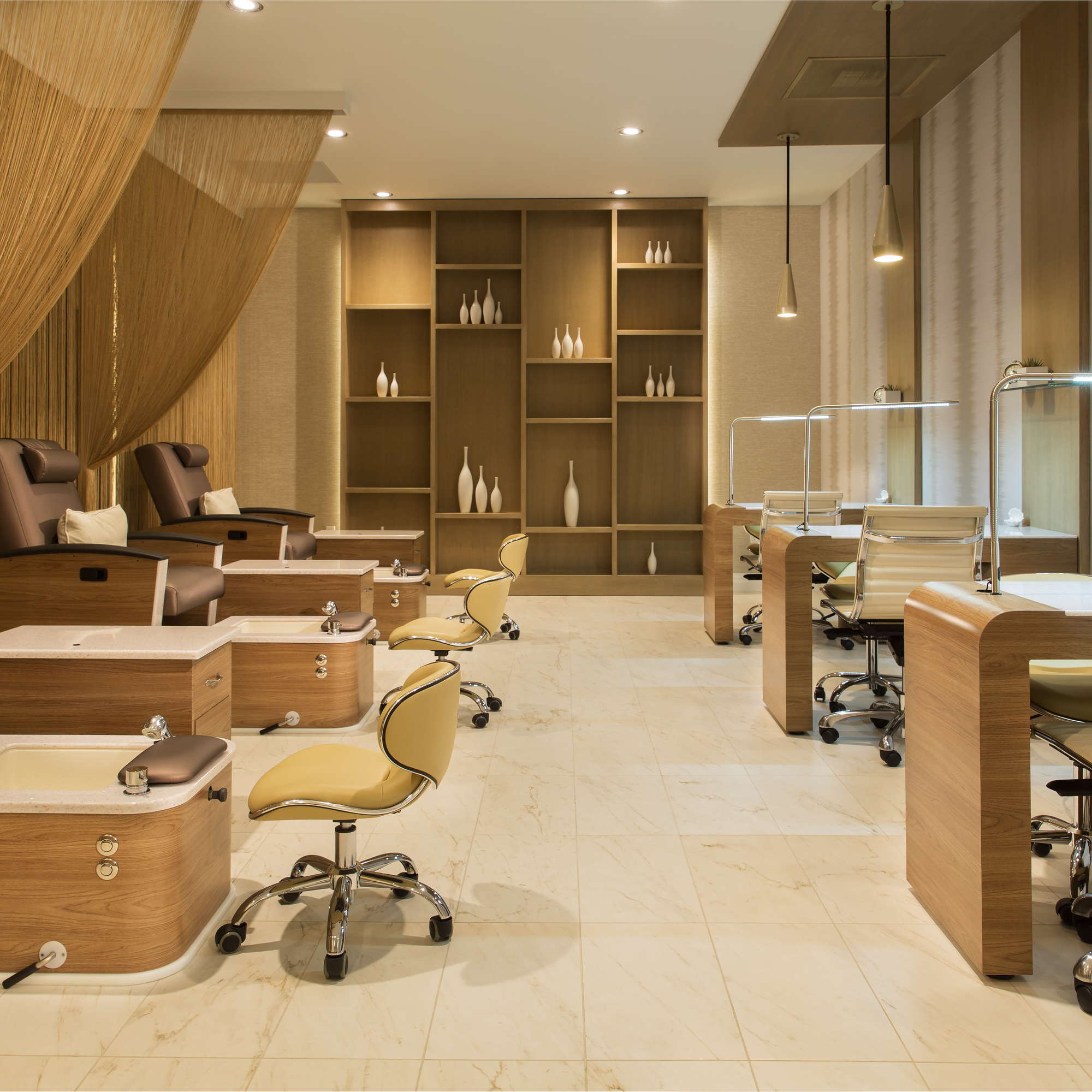 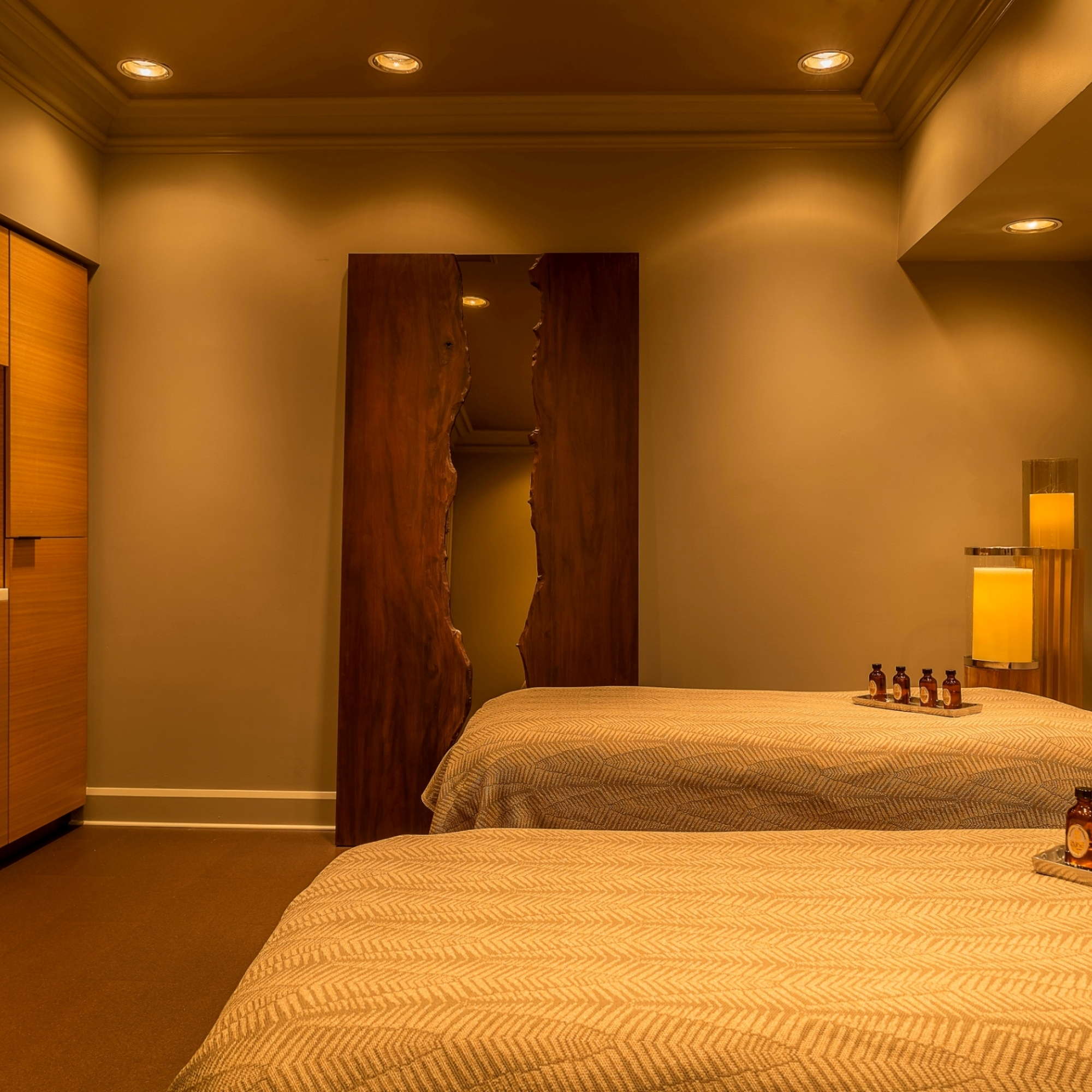 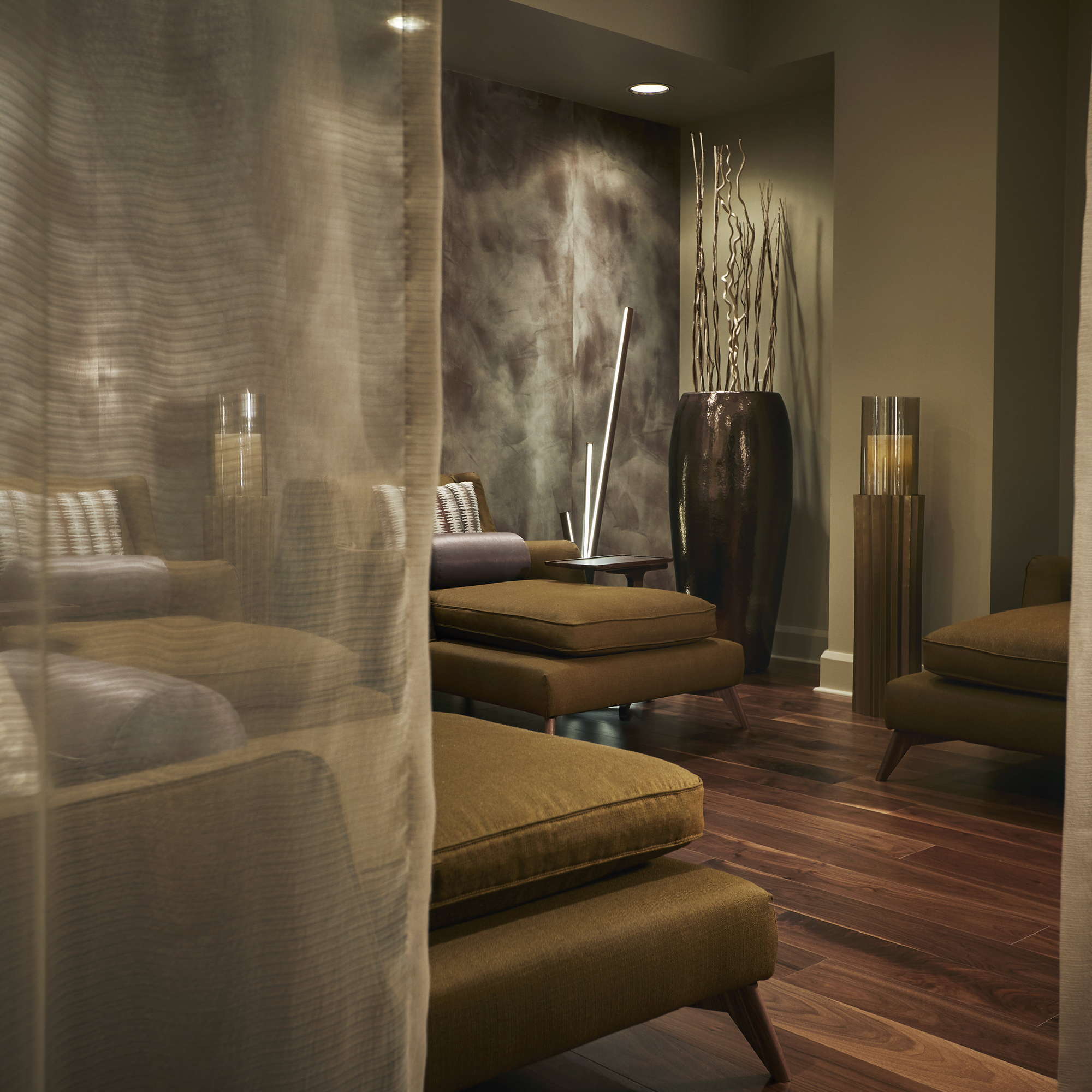 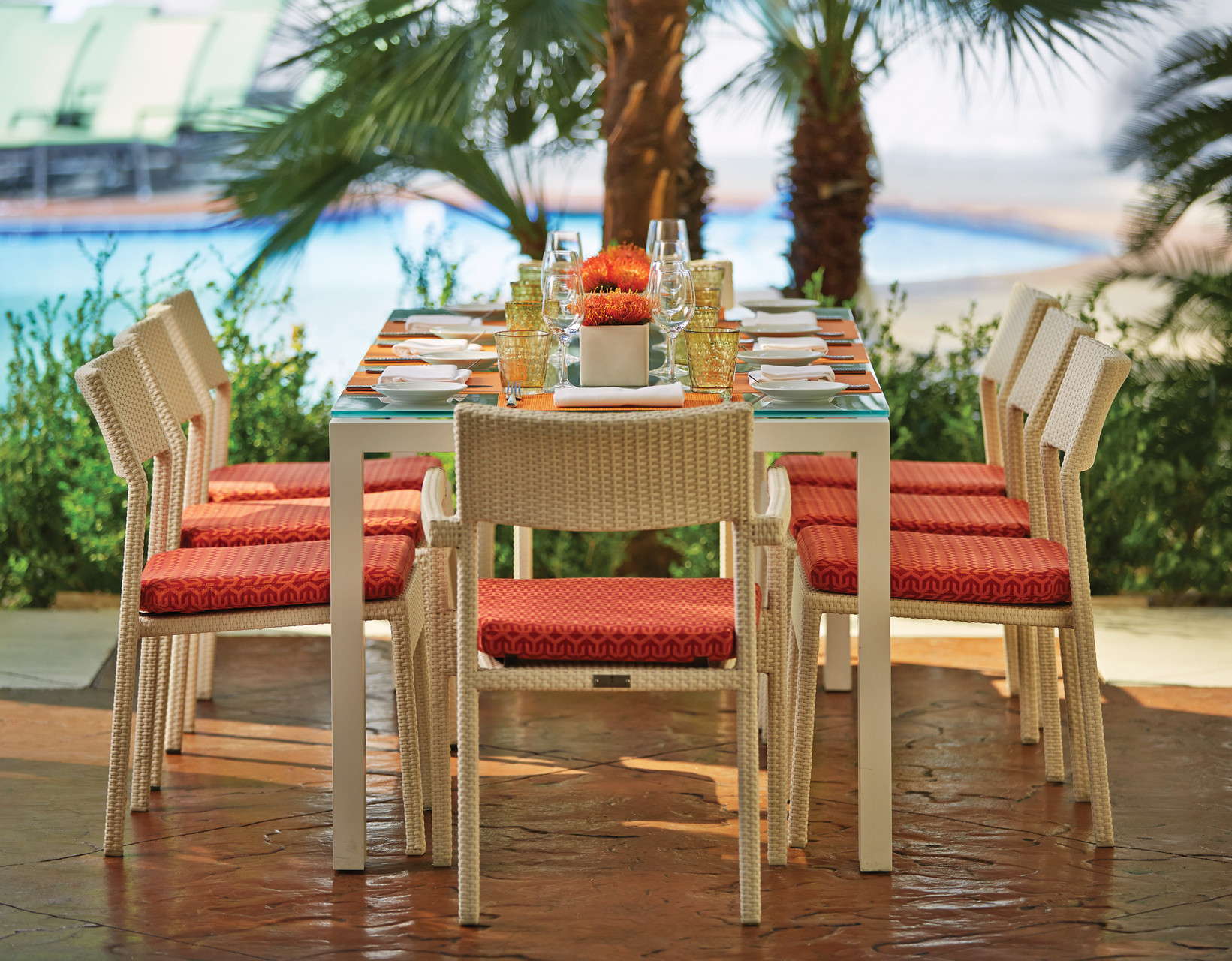 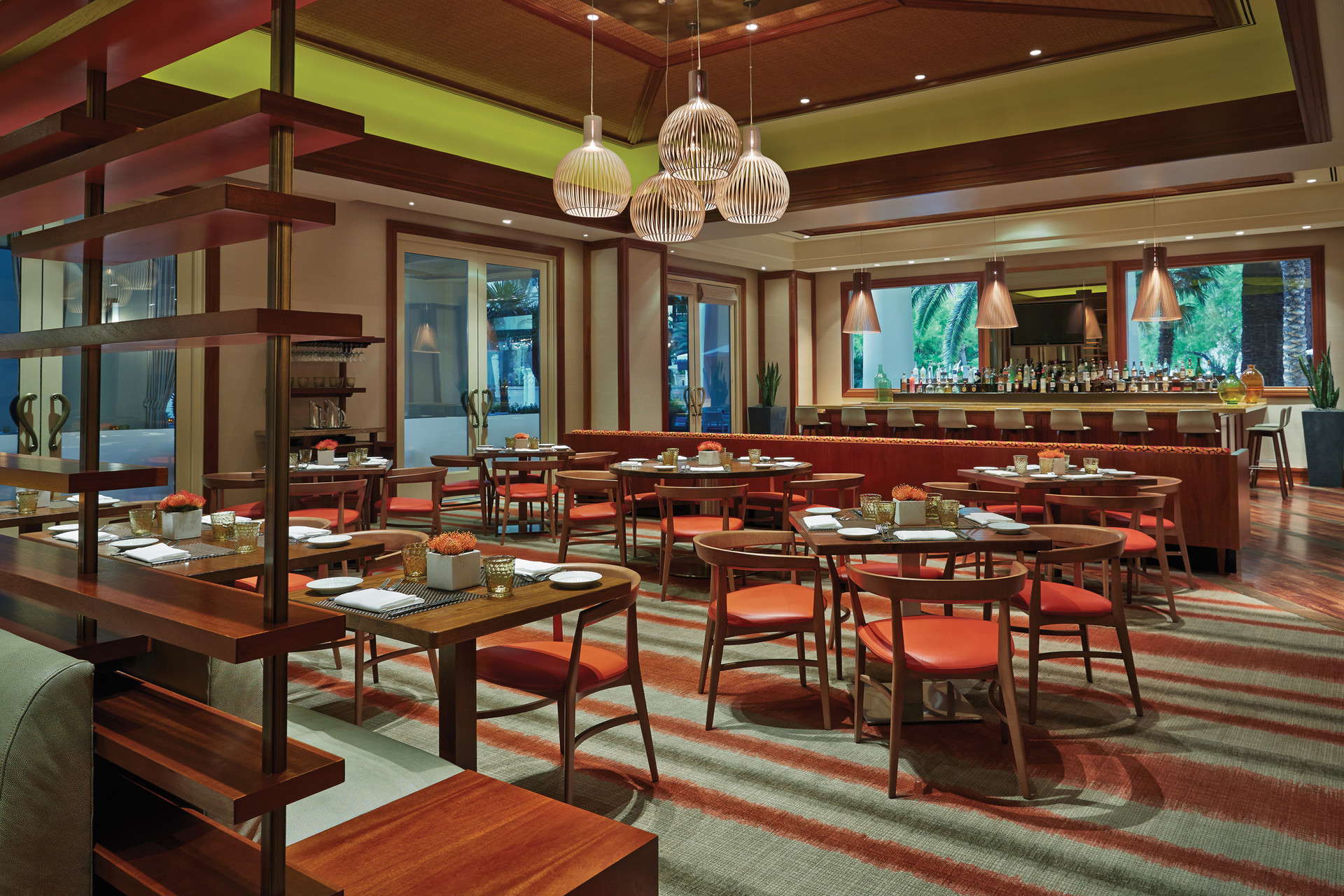