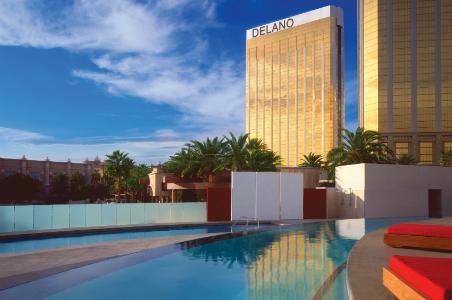 Before this past August, the last major resort to pop up was was The Cosmopolitan of Las Vegas in December 2010. By Vegas standards, that's a long time for the Strip skyline to go unchanged—but fall 2014 could mark the beginning of one of the city's biggest transformations in more than 10 years. Here's our guide to what you need to know if you're visiting Las Vegas soon. 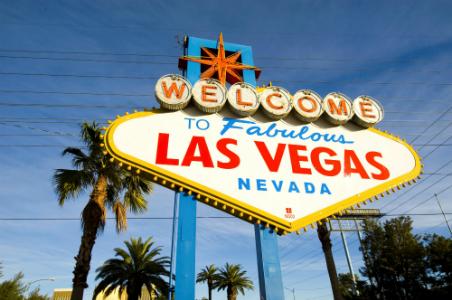 Since the early 2000s, Las Vegas has undergone a series of reinventions in fits and starts. First was a short-lived attempt to turn Vegas into a family destination—that approach didn't work out. Sin City quickly recovered its adult-excess ethos, and a luxury-resort building boom took place from 2003–2007, when Wynn, Palazzo, Encore, and Trump ascended to cater to the pampered. In 2008, when the economy crashed, Vegas was hit particularly hard and virtually all construction was halted. CityCenter finally broke through in 2010, adding Mandarin Oriental and Aria, and Vegas has been growing ever since.

With visitors increasingly spending their money on dining, shopping, and entertainment rather than gambling, many resorts over the past few years have changed from within, renovating and adding a host of new shows, restaurants, and clubs. But this fall, you'll see some top-to-bottom developments that have reshaped both the skyline and the street-level view. 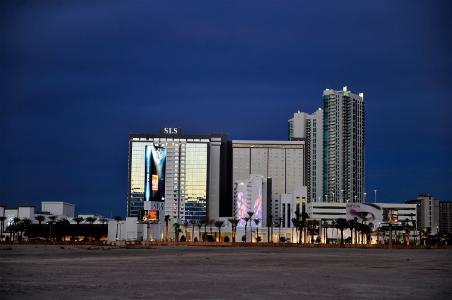 Change is in the air, literally, as a number of new properties soar from Strip. With three towers on the site of the former Sahara resort, the SLS Las Vegas introduces some much needed vivacity to the far north end. Opened in August and featuring design elements by Philippe Starck; high-end suites by Lenny Kravitz's Kravitz Design Inc.; and three nightclubs, including an outpost of L.A.'s Sayers Club; the SLS could inject a hip quotient to the north Strip much like the Palms did to the West Side in the early 2000s. The SLS features nine unique dining concepts that are overseen by chef José Andrés, the property's culinary director, as well as a10,000-square-foot retail space from Fred Segal. 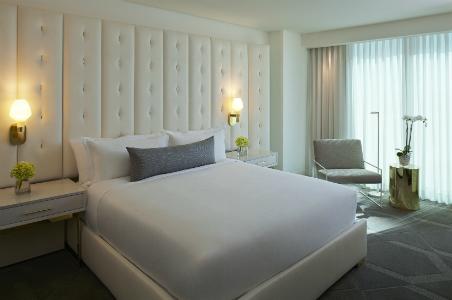 The all-suite 1,100-room Delano Las Vegas, which opened in September, blends elements of South Beach with desert motifs such as petrified wood sculptures and Mojave Desert boulders. Guests of the Delano enjoy access to all the amenities of Mandalay Bay from a boutique-y home base that includes quiet retreats for rest and repast. The Delano's BATHHOUSE Spa features locally inspired treatments such as the Desert Stone—a warm-stone, sage, and lemon-blossom massage—and the Red Rock Anti-Aging Body Treatment. Della's Kitchen presents a menu of locally sourced ingredients and vegetables from the Delano's greenhouse, as well as entrees created from sustainable, grass-fed beef, and hormone- and antibiotic-free chicken. At the elegant Franklin lounge, craft cocktails and select spirits such as Woodford Reserve Double Oaked bourbon and Black Barrel Mt. Gay rum are served in a sophisticated space with hues of deep blue and bronze.

In early November, Caesar's will open the doors to the LINQ Hotel and Casino, a complete reimagination of The Quad Resort. According to Caesar's president of hospitality, the modern LINQ resort is designed for the “socially engaged traveler” and promises a “digitally curated resort experience.” Technological amenities include automated check-in, a concierge touchscreen, and free Wi-Fi everywhere (a first for Vegas resorts). The 2,256-room resort will integrate seamlessly with the LINQ promenade, the outdoor entertainment streetscape that has everything from bars to bakeries, self-serve margarita joints, clothing stores, and Brooklyn Bowl, an exciting concert venue/bowling alley.

Towering above the LINQ complex is the High Roller. The giant Ferris wheel has been spinning high (550 feet high, making it the tallest observation wheel in the world) above the center Strip since March 2014. It's a hugely popular attraction, and starting in September a Family Hour Package is available on Saturday mornings: For $49.95, families can ride the wheel before it opens to the general public. The price includes two adult and three children's tickets, three High Roller binoculars, which riders can keep, and three juice drinks from the Sky Lounge. 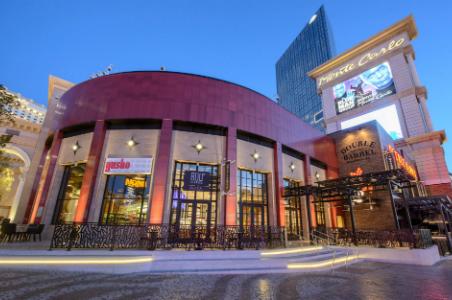 Changes to the Strip are on the ground as well as in the air. Strolling Las Vegas Boulevard and taking in its outdoor spectacles has long been a favorite pastime for visitors. Free attractions such as the Volcano at the Mirage and the Bellagio Fountains have made self-guided walks a must-do activity. But navigating the Strip on foot isn't always easy. There are bottlenecks in many spots, cars (particularly taxis) whiz across to get in and out of resort entrances, and crowded pedestrian bridges are the only way to cross multi-lane avenues. But this fall the sidewalks are expanding considerably, with a number of spaces that will give Las Vegas Boulevard a much-needed series of spacious squares and plazas for pedestrians to shop, eat, dine, relax, and people-watch.

On the south Strip, Monte Carlo and New York-New York have converted their entrances to create a “vibrant patio culture” that introduces a number of casual bars, eateries, and shops. Look for new-to-Las Vegas establishments such as Double Barrel roadhouse, Japanese street-food restaurant Yusho, and BLVD Creamery fronting Monte Carlo. Among New York-New-York's additions are a two-story Hershey's Chocolate World and an extension of the popular Nine Fine Irishmen bar. The expanded entryways are the first phase of The Park, an 8-acre oasis with natural landscaping, water features, and plenty of cafés and bistros, scheduled for completion in 2016.

At the center of the Strip, Bally's is due to open the Grand Bazaar Shops in December. It remains to be seen if this two-acre “outdoor shopping mecca” will improve or impede foot traffic. If it's properly laid out, it will give visitors an opportunity to effortlessly browse more than 100 new stores and improve the flow of one of the busiest sections of the Strip. If not, it still promises to deliver a unique shopping experience that reproduces the feel of international open-air markets. 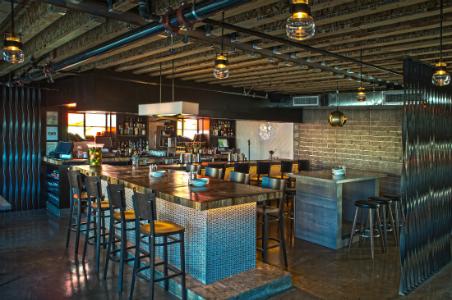 In addition to the many large-scale projects reshaping the Vegas landscape, there are a number of exciting individual events happening around town this fall.

Victor Drai, considered by many to be the king of Las Vegas nightlife, recently opened Liaison Nightclub, the first LGBT club on the Strip.

In early September, chef Tony Hu opened Lao Sze Chuan at the Palms Casino. Its menu expands on Hu's original Chicago restaurant's offerings with a selection of Mandarin, Cantonese, Hunan, and Shanghai dishes made exclusively for the Palms.

Downtown, which has been enjoying a renaissance of its own since Zappos.com renovated the old City Hall and installed their headquarters there, welcomes a new restaurant from chef Kerry Simon. Nearby, Carson Kitchen opened in late August inside the old John E. Carson Hotel. All entrees are under $20, and the menu features such crowd-pleasers as the butter burger, short rib sliders, and a cocoa-espresso NY strip steak.

In music news, KISS will establish their first-ever residency, KISS Rocks Vegas, at the Hard Rock Hotel and Casino, starting November 5. And the Venetian will present Georgia on My Mind: Celebrating the Music of Ray Charles from September 18 through October 29. The Charles tribute is an all-star affair, featuring Clint Holmes, TAKE 6, and Nneena Freelon, accompanied by the Las Vegas Mass Choir.