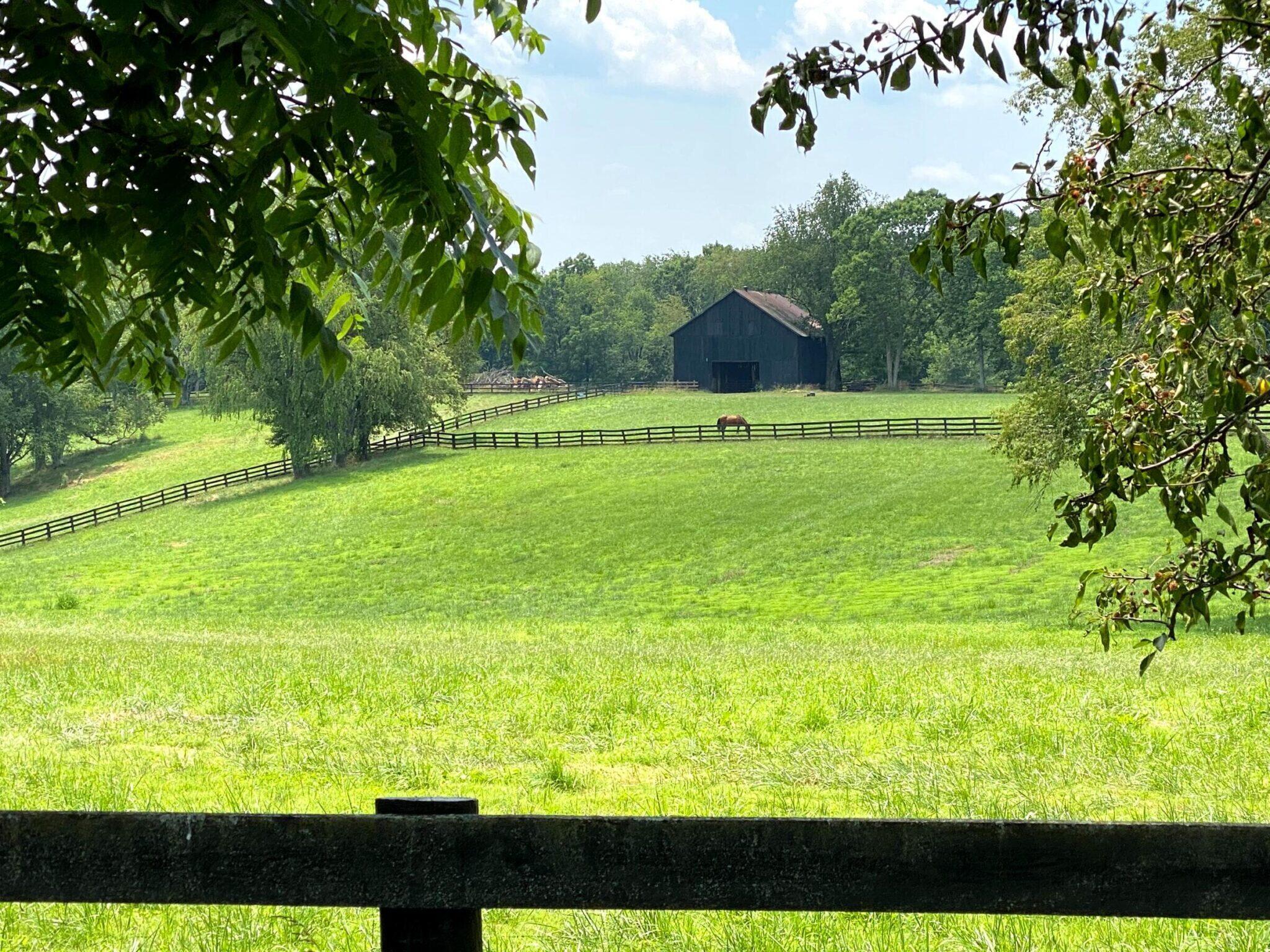 This year’s race may have been a glimpse at the future of our most iconic events.

You could fool yourself at first that it was back to normal. Bored National Guardsmen blocked Louisville’s Central Avenue in front of the megaphone preachers sharing messages of salvation and damnation. Young men in matching boater hats and short pants strode ahead of their tottering dates to the infield gates. A smirking man hawking obscene political shirts drowned out a violinist. Basically, just another year at the Kentucky Derby until you hit the temperature checks at the gates.

But of course, this is not any other year. 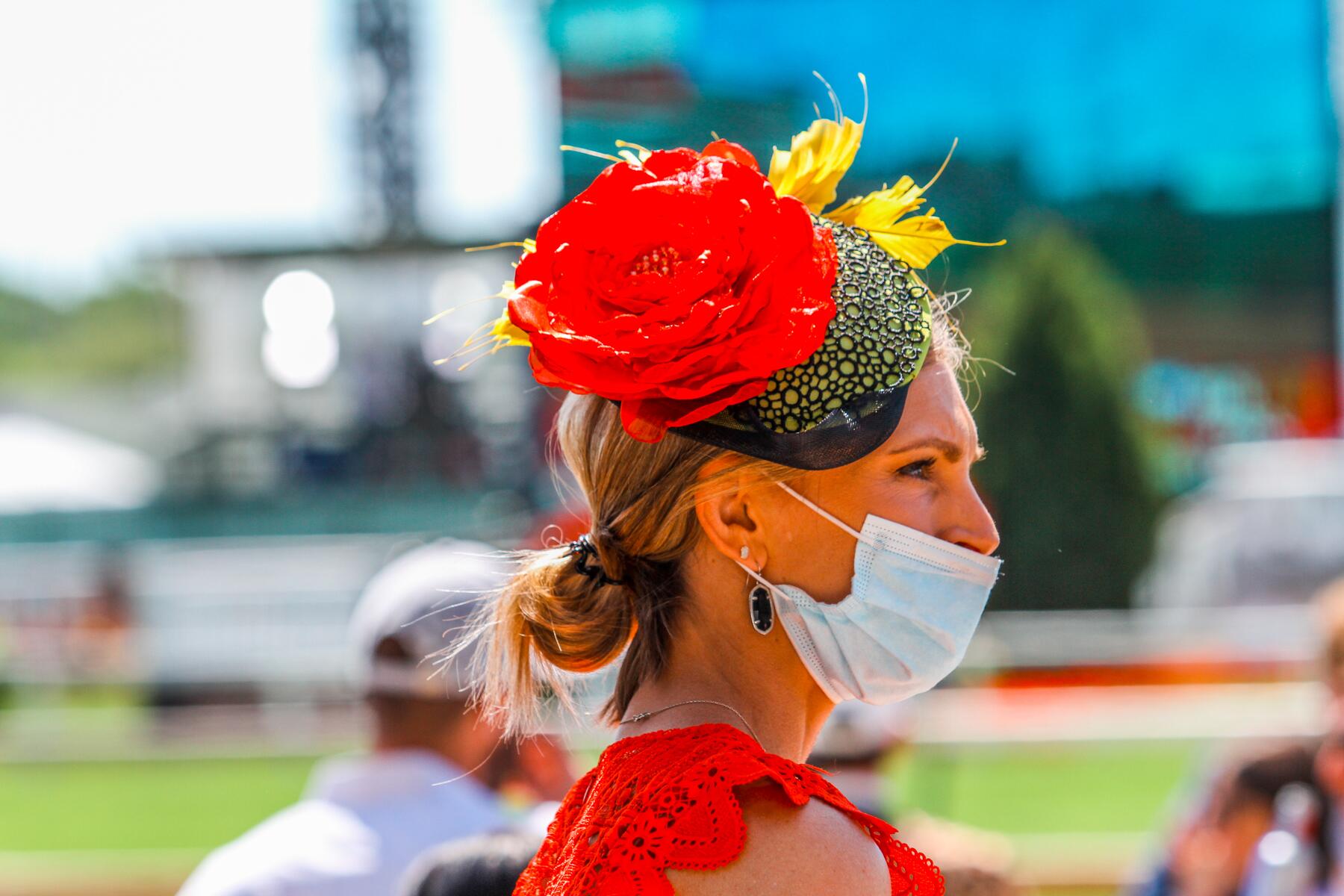 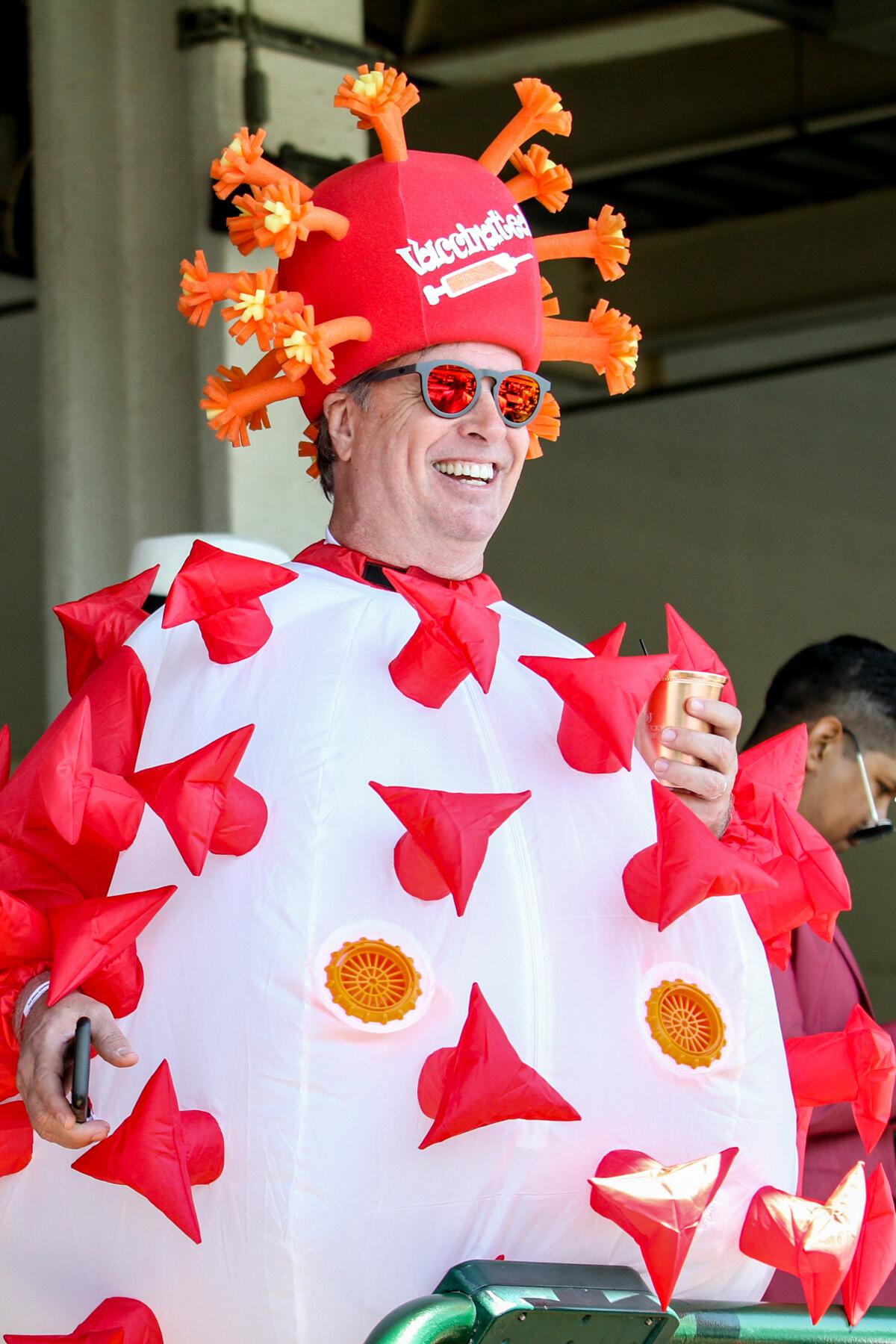 1. Masks were required at this year’s Kentucky Derby.Kentucky Derby Museum 2. Attendant dressed as an antibody

The 147th Kentucky Derby was the second Derby in just nine months. Its predecessor was only the second postponed Run for the Roses in history and the first-ever without fans. Vaccinations and changing health recommendations opened the door up for this year’s fan base. But along with the standard sanitization and distancing rules we’ve all come to expect, there was another significant change.

For the first time in history, all reserved seating tickets were all-inclusive: alcohol, food, the works. For almost double the price. On its face, this measure reduced contact and was a welcome way to attend and skip the massive lines safely. It brought more of the elite experience of the high-rise seats down into the grandstands in an event that usually reeks of haves and have nots. But where this may go next is not so simple.

Simply, as a veteran racegoer, it was glorious. In 2015, Derby hosted a record 170,500 fans. This year, 51,000 spread across the stands and limited infield. And the difference in experience was game-changing.

Case-in-point: on an average year, you get in line to cross through the never-ending infield tunnel line to get to the start of the restroom line. This year, I walked right to it and didn’t wait for a stall once. Which meant drinking a lot more of the included juleps. And, an unexpected pleasure, chugging a lot more water bottles. I think I got my money’s worth. 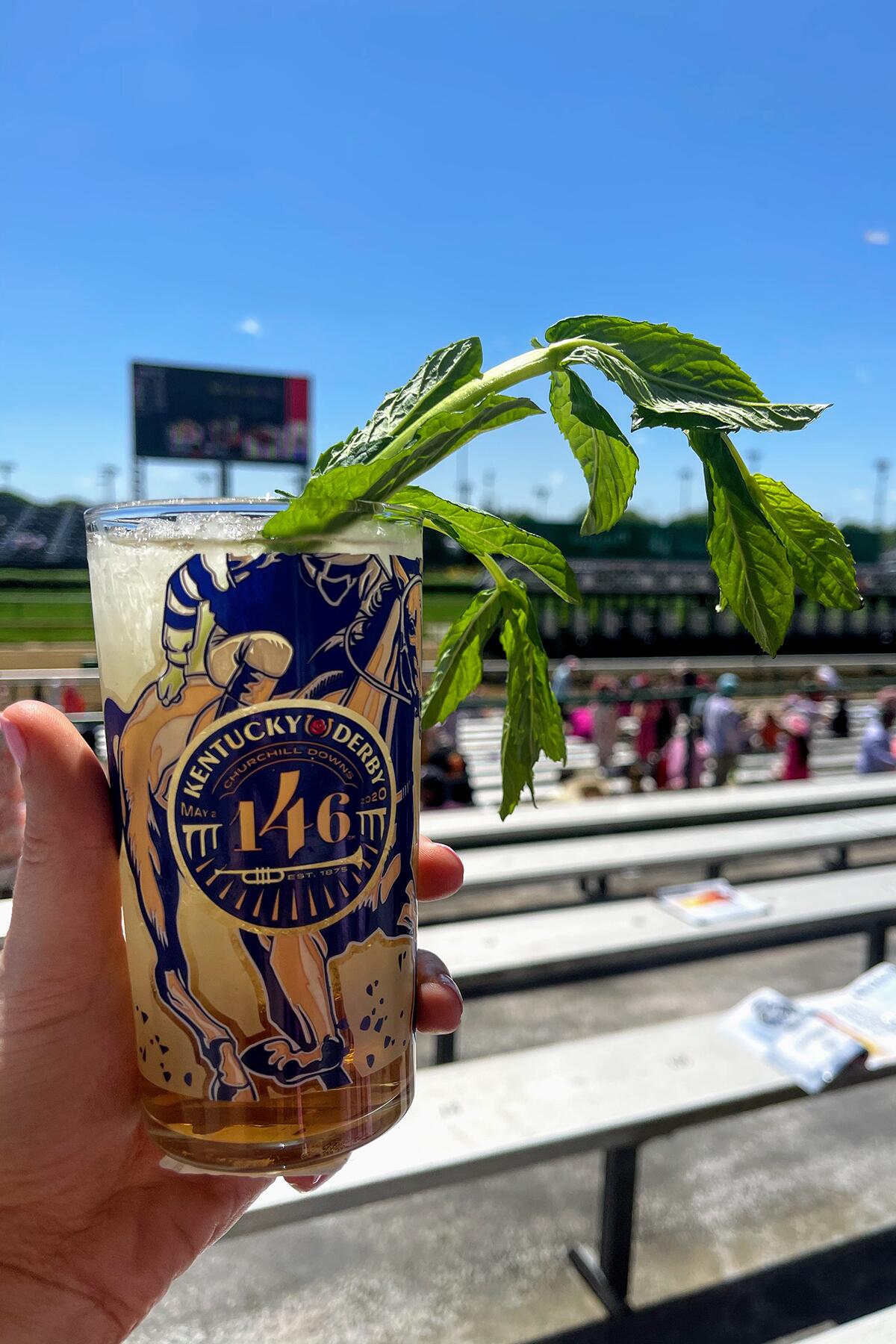 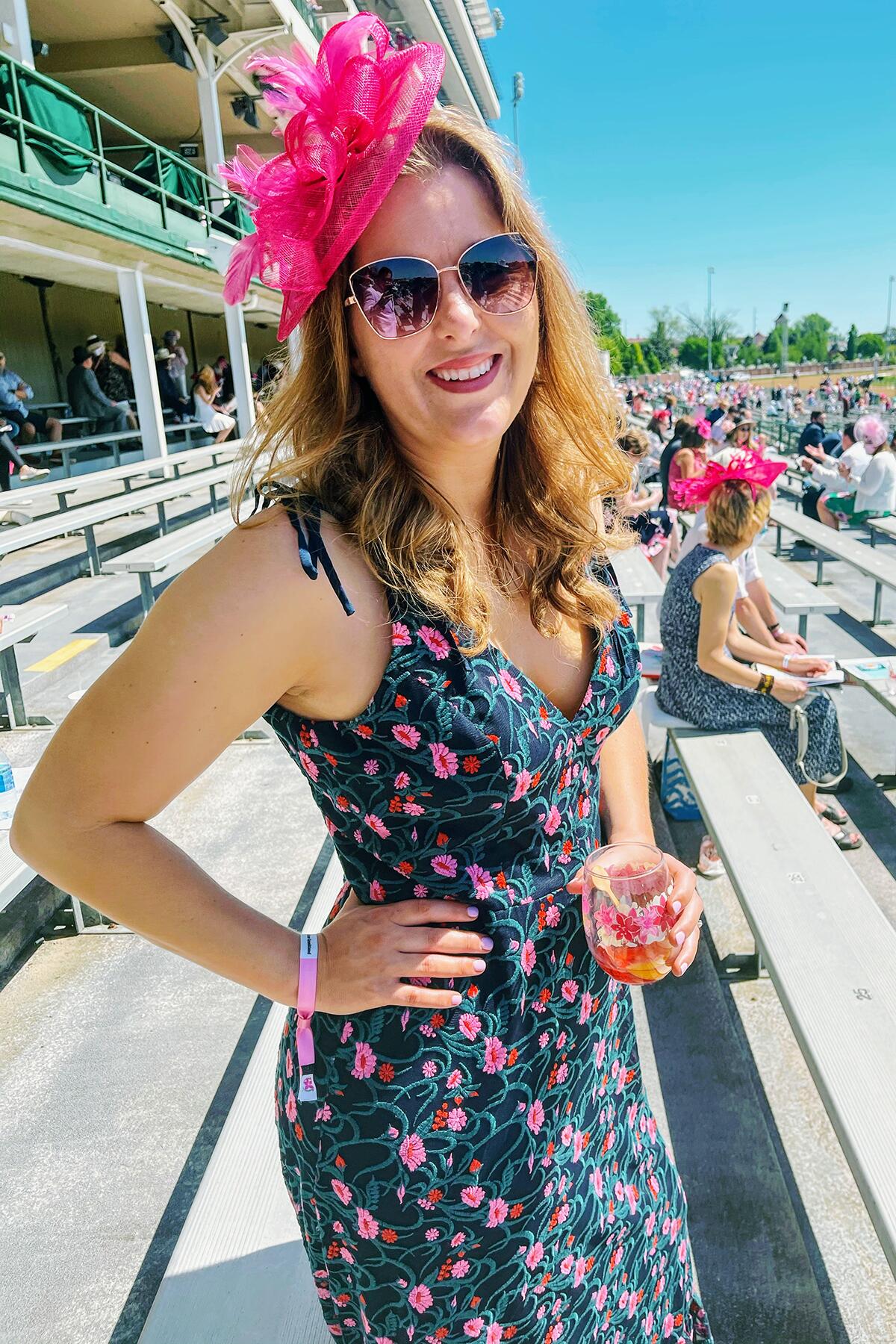 Race-goers reveled in the two days of sunshine and the largest crowd in sports since the pandemic started. The Kentucky Derby is about racing and fashion and bourbon, but it’s also about sharing moments with people from around the world. Small talk was palpably awkward at first, but the psychological rush even us introverts have been missing soon took hold.

“You go some places that act like nothing ever happened. You never know how to act or what to expect,” said racegoer Shaun Trevaire. “But they’ve done everything they can here. And it feels good to be around people again.”

But rules did become recommendations. Fashion was still on full display, but the jokes about matching masks to hats were for those not in attendance. By the end of the day, the employees holding the wear-a-mask reminder signs slumped with the futility. One exchange between two women overheard near the normally shoulder-to-shoulder paddock captured the crowd: go on, get it off; they can’t make you wear it.

Uncertainty also lived behind the countertops. Typically the Kentucky Derby is a cash event, but the inclusive package forced servers to get creative. Food vendors called out early appreciation for all tips to support their mission trip to Uganda. And bartenders taped personal Venmo and Paypal QR codes to counters.

“We’ll see how it goes,” said bartender Brooklyn Hawkins on Friday’s Oaks, the major race day before Derby. “People are more likely when paying with cash to throw in tips. But it has been nice not having to come in early to do three hours of inventory and track it all. And people have been generous so far.”

Underneath the crowd’s optimism and sense of liberation, dollars talked. Churchill Downs and the Kentucky Derby had already piloted the concept of an all-inclusive package under $1,000 a seat in its “First Turn” section in years past. But this year was a smart, large-scale experiment that also happened to be the safest way to get people in. 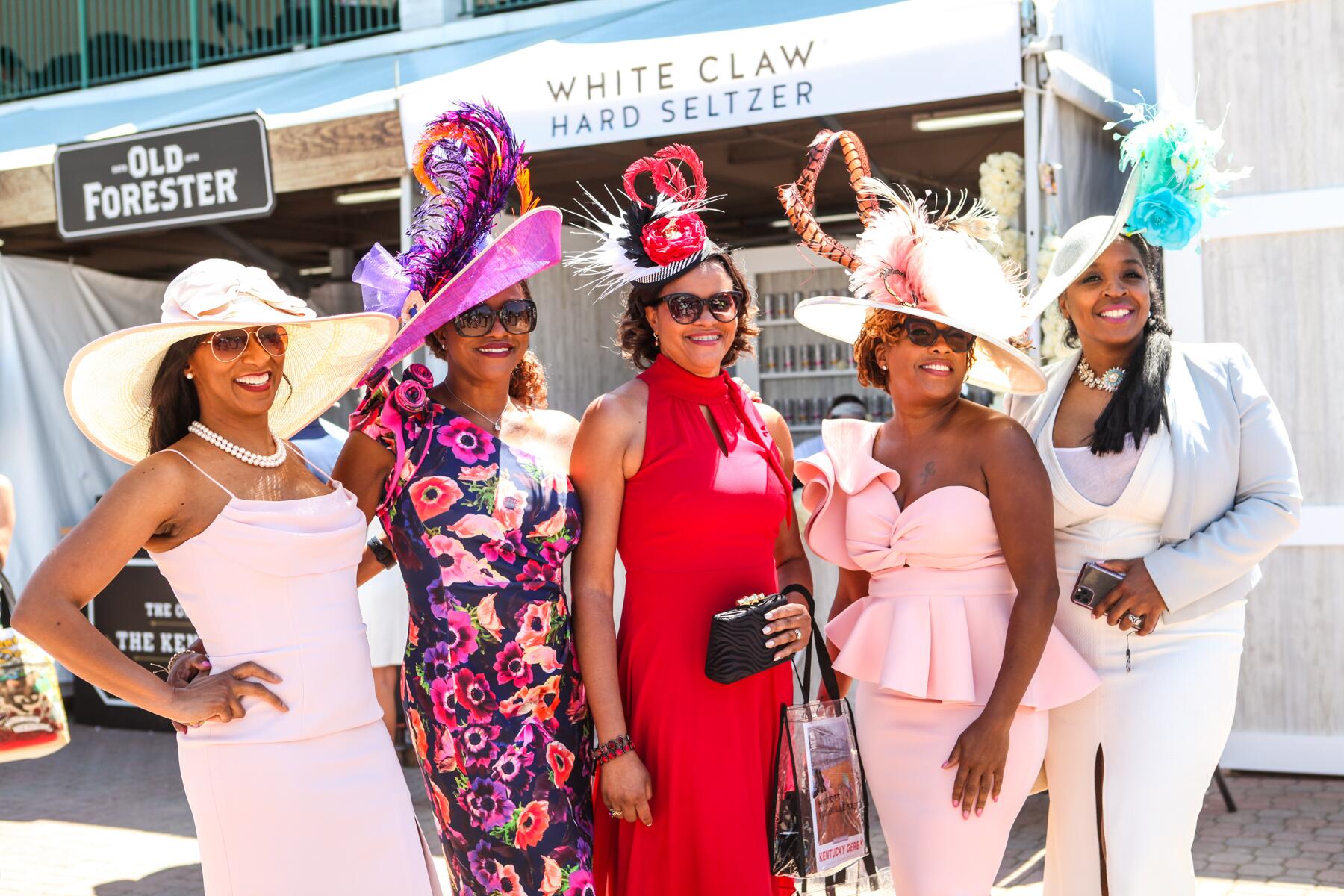 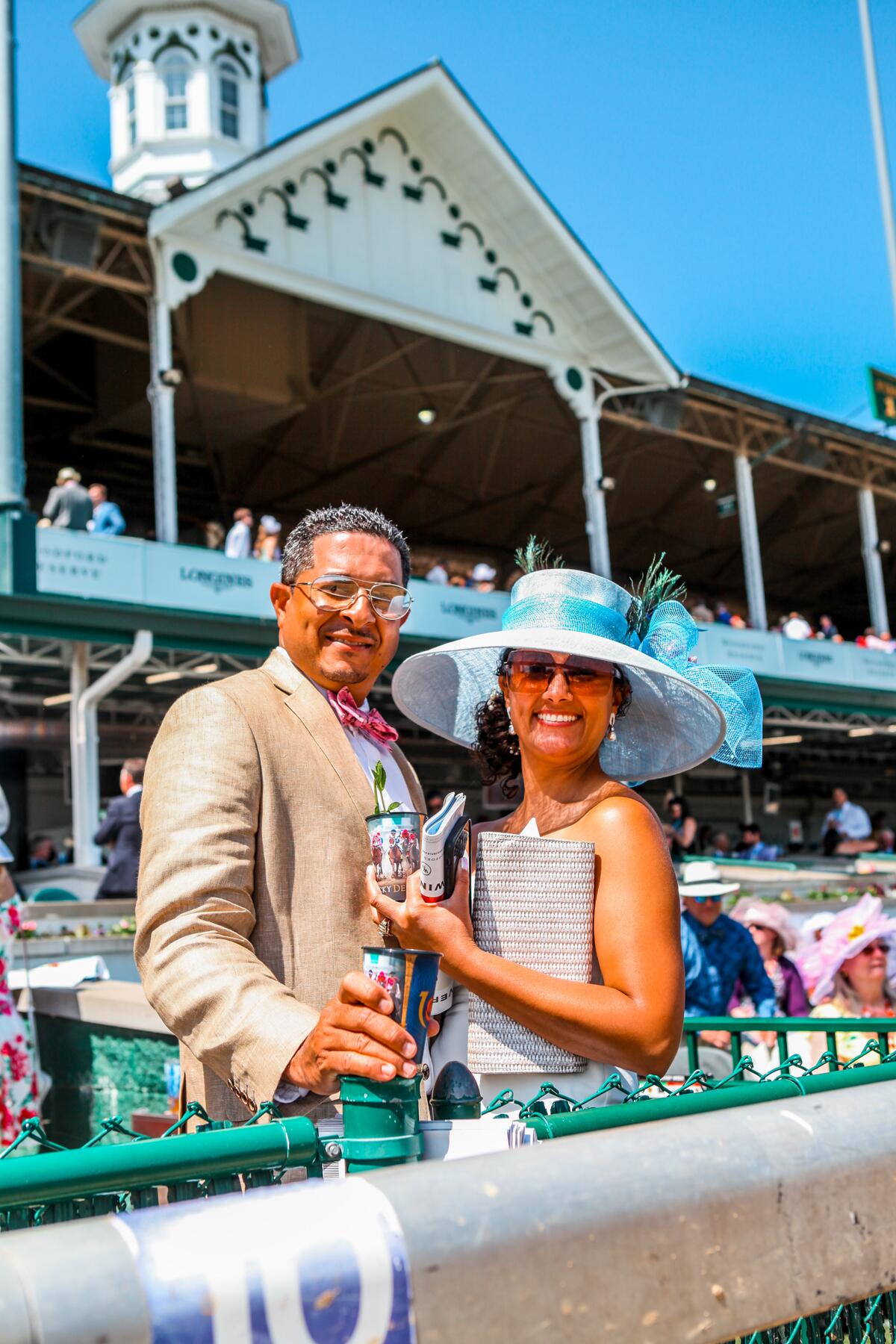 And it seemed to work. We were willing to pay far more than before. All but two of the people directly around me were first-time Derby goers. In a world where even the minutia of how often we buy deodorant is tracked, we spoke loudly about how we value our entertainment going forward.

As other sports and entertainment giants like Disney resorts start to explore the limits of what guests will pay for access post-pandemic, how could the Derby not size up the future? Even I was doing calculations. Can you raise service and price points, not stuff people in bleachers, and still have the atmosphere that makes it coveted? The answer, from my seat, was a resounding yes.

But, if so, thousands of future racegoers will be priced out. Or banished to the infields with young drinkers and no view. Scratch that off the bucket list—what was is gone.

My guilt at wanting personal convenience battles concern over broader access and opportunity—a tiny representation of pandemic mood. But I’ll put my faith in the seasoned organizers’ ability to use 147 acres to pull off something for everyone in the future.

“It’s too soon to tell, you know? It’s all numbers,” says an employee who asked to remain unnamed. Taking a break in the stands, they gestured with their cigarette out over the sparse, evening crowd that remained after the big race. “Biggest party in the world. The guest list might change a bit. More changes every year back here than you all might think. But it always rolls on, one way or another.”