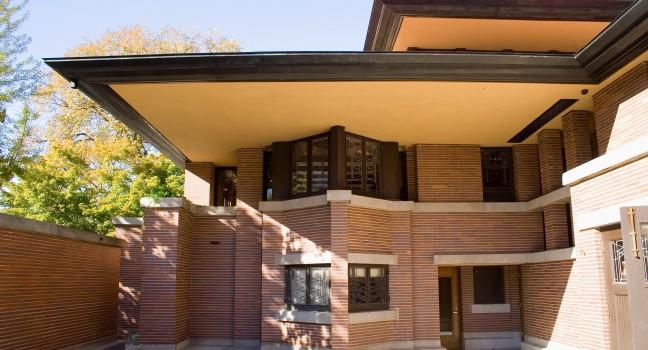 Named one of the 10 most significant buildings of the 20th century by the American Institute of Architects, the 9,000-square-foot Robie House (1910) is long and low. Massive overhangs shoot out from the low-pitched roof, and windows run along the facade in a glittering stretch. Inside, Wright's "open plan" echoes the great outdoors, as one space flows into another, while sunlight streaming through decorative leaded windows bathes the rooms in patterns. The original dining room had a table with lanterns at each corner, giving the illusion that the table itself was a separate room. Other Wright innovations include a three-car garage (now the gift shop), an intercom, and a central vacuum-cleaner system. Check the website for tour options. It's a good idea to make reservations in advance.