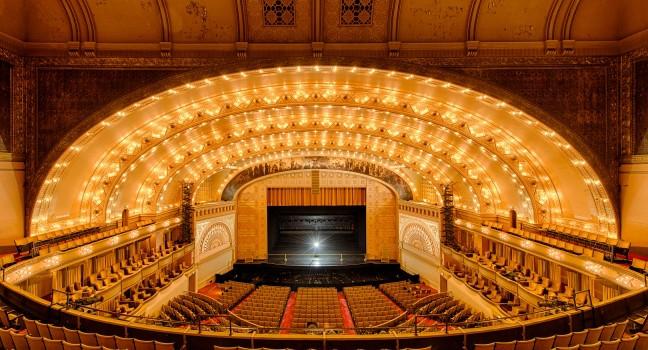 Hunkered down across from Grant Park, this 110,000-ton granite-and-limestone behemoth was an instant star when it debuted in 1899, and it didn't hurt the careers of its designers, Dankmar Adler and Louis H. Sullivan, either. Inside were offices, a 400-room hotel, and a 4,300-seat state-of-the-art theater with electric lighting and an air-cooling system that used 15 tons of ice per day. Adler managed the engineering—the theater's acoustics are renowned—and Sullivan ornamented the space using mosaics, cast iron, art glass, wood, and plaster. During World War II the building was used as a Servicemen's Center. Then Roosevelt University moved in and, thanks to the school's Herculean restoration efforts, the theater is again one of the city's premiere performance venues. Tours are offered on Monday and Thursday.