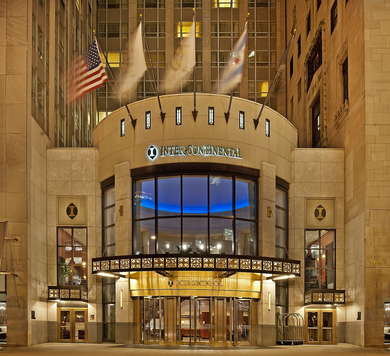 Built in 1929 as the Medinah Athletic Club, the building transformed into the InterContinental in 2000 after a top-to-bottom renovation lasting 12 years. You'll note the design from that earlier era, such as the grand staircase's cast-bronze friezes (saved from the Club) and two marble lions (also saved). Spanish majolica tile, plus marble, are throughout. An indoor pool, as well as a steakhouse linked to former Bulls player Michael Jordan, are two of the posh amenities. Rooms are an artful blend of historic details with modern furnishings--for example, marble nightstands in a sea of neutrals and clean lines. Baths are oversized and feature Italian marble throughout.

YOU SHOULD KNOW Parking at this Michigan Avenue hotel will run you $71 a night--among the priciest at a Loop hotel.

Rooms are divided between the Executive Tower (historic grandeur and recently renovated, featuring teal, cream and grey hues) and the Grand Tower (contemporary chic, with pops of red and mahogany furniture). Turndown service, plush robes and a mini bar are nice luxury perks in all rooms. Also, an iHome docking station in the Executive Tower rooms lets you rock out to your own music. The creme de la creme are the Presidential and Royal Suites, with Midcentury Modern-inspired light fixtures in a two-story setting.

Working on the road? Opt for the Executive Tower suites as they feature a long desk. 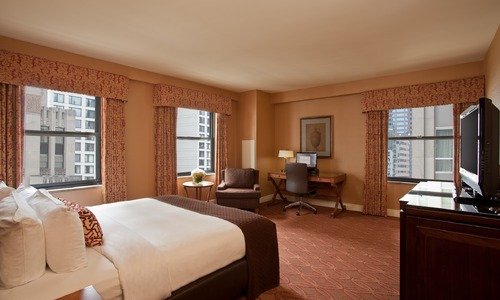 Baths in the Executive Tower are the most luxurious as they are spacious and feature tons of Italian marble.

Behind the bronze door facing Michigan Avenue and its rush of shoppers and workers is a nondescript lobby. The hotel's real design is back at the spacious rooms. 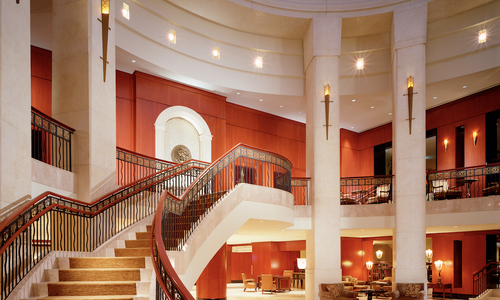 The 14th-floor Jr. Olympic-size indoor pool is within an architectural marvel embodying the 1920s: Spanish hand-painted tiles, a terra-cotta fountain, marble pillars and stained-glass windows. You half expect Jay Gatsby to waltz in. 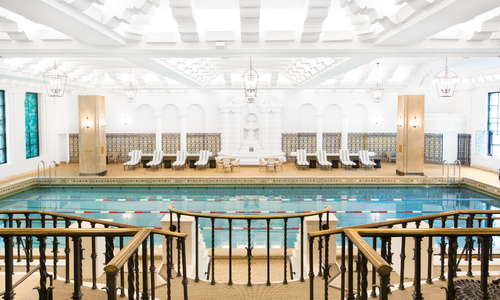 Treatments at the hotel's spa--serviced in three treatment rooms--range from facials to a hot-stone massage, with some signature treatments like the "Urban Therapy Antioxidant Facial" and the "Jet Lag Recovery" full-body exfoliation. A sauna is also at the spa.

In addition to a fitness center with state-of-the-art equipment, personal trainers are at the ready for guests who want to go deeper.

This hotel offers four dining choices, from the super-casual grab-and-go Starbucks to fine dining at Michael Jordan's Steakhouse. Breakfast (including a buffet spread) is served at Center Court daily. Lunch and dinner are offered at the steakhouse, a mix of steaks plus lamb, pork chop, roasted chicken and scallops. 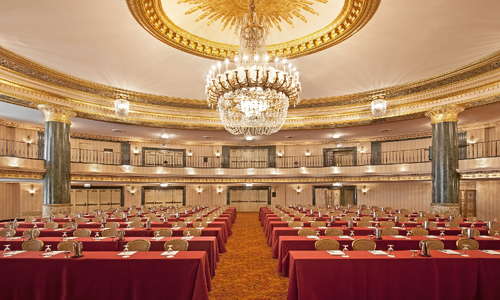 Wine lovers will enjoy Eno, the selections (including 30-some wines by the glass) curated by a Master Sommelier. It opens at 4 p.m. daily except for Saturday, when you can sip vino starting at 2 p.m. Steaks at Michael Jordan's Steakhouse are paired with a beverage program that incorporates signature cocktails, 22 wines by the glass, local craft beers and wines by the bottle.

Craving some geeky wine info? Enoversity classes once a month (3 p.m.-5 p.m. and 6 p.m.-8 p.m. on the scheduled date) are sommelier-led and include tastings of wine as well as charcuterie, chocolate and cheese. 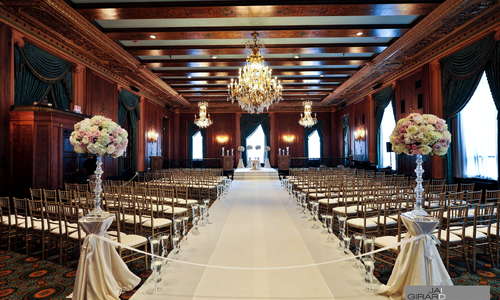 The hotel's location is one of its main perks. You're right on North Michigan Avenue just a few blocks from the lakefront and in the other direction--including right outside the front door--is world-class shopping, from designer-label boutiques to department stores. Buses along Michigan Avenue run north and south, taking you to the museum complex (home to the Field Museum) as well as Lincoln Park Zoo. Uber and Lyft drivers are always in the area. The nearest L stop is on Grand and State (the Grand stop).

Across the street from the hotel is Purple Pig (1-minute walk), a restaurant with a James Beard Award-winning owner, serving charcuterie and cheese boards along with entrees, and a strong beverage line-up. Eataly Chicago (4-minute walk) is also in the neighborhood, a family-friendly Italian-foods marketplace spanning two stories and offering grab-and-go items along with restaurant dining.

Billy Goat Tavern (1-minute walk) a block south got its fame after the Saturday Night Live skit in the '70s; drop by for not only nostalgia but also beer and burgers. Tiki drinks at Three Dots and a Dash (9-minute walk) are popular with locals.

Staying at an historic hotel is always a nice treat but this one has a superb location (for both leisure and business travelers) and property perks like a swimming pool and spacious rooms. If at any point you want to eat on property, or have a drink, there are two solid options: Eno Wine Bar and Michael Jordan's Steakhouse. 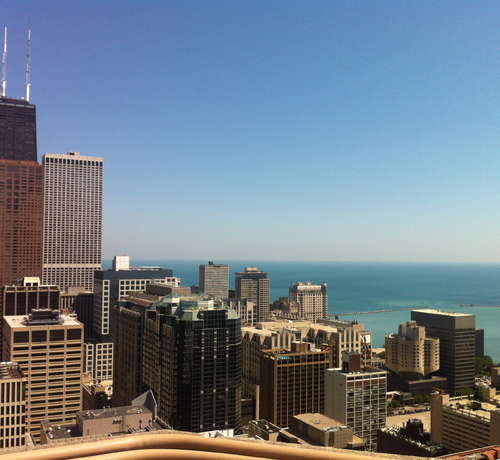 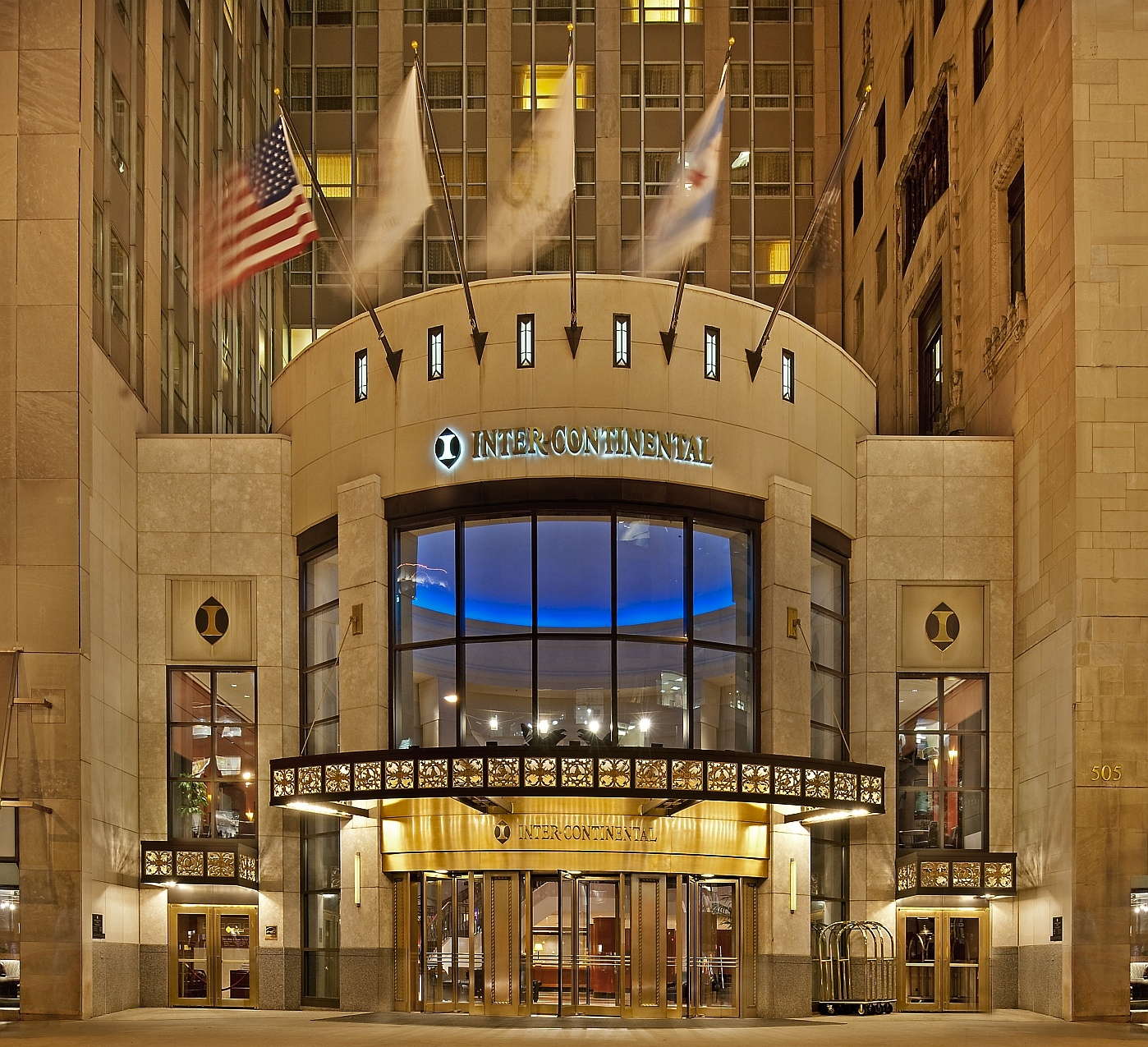 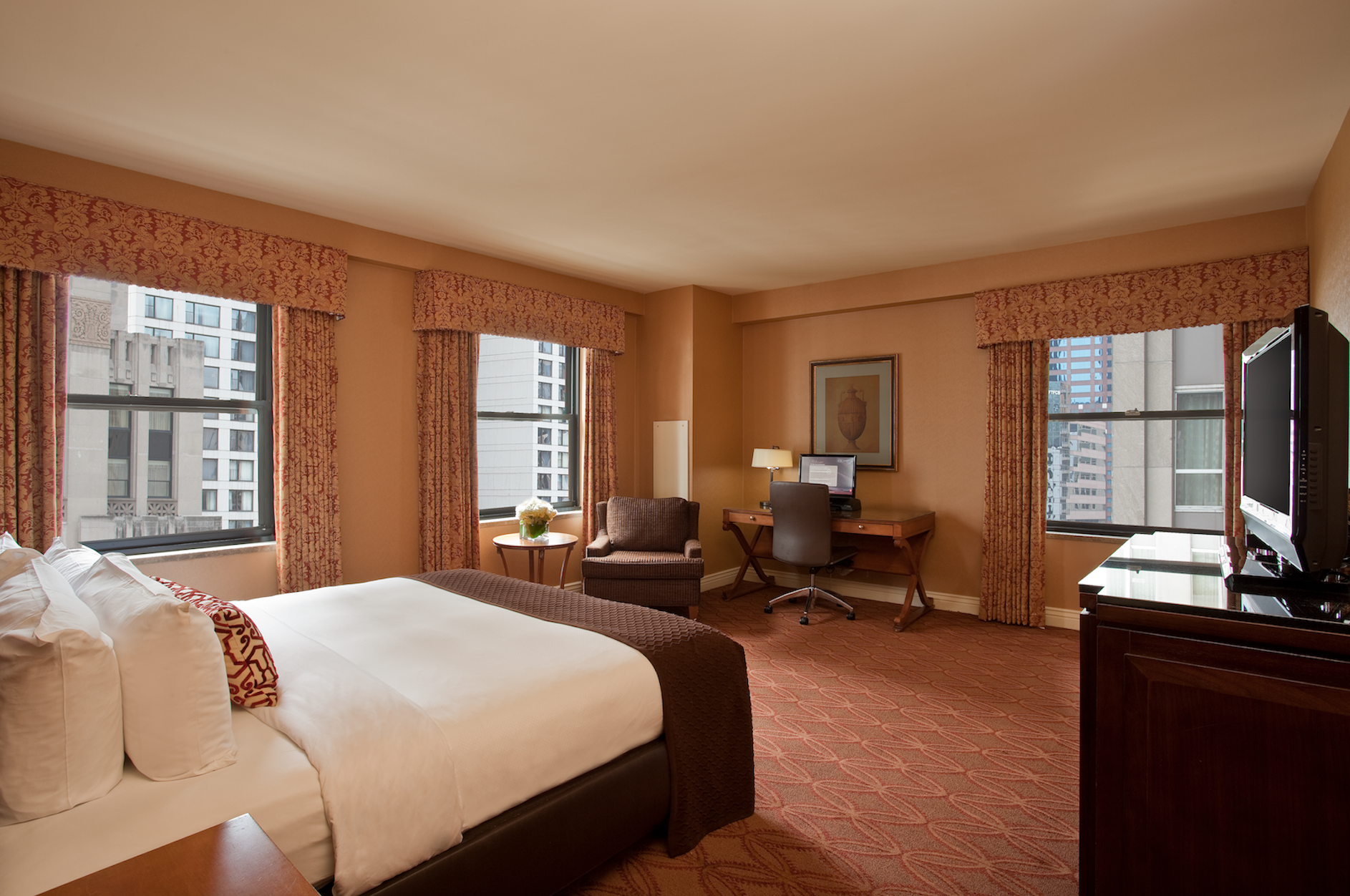 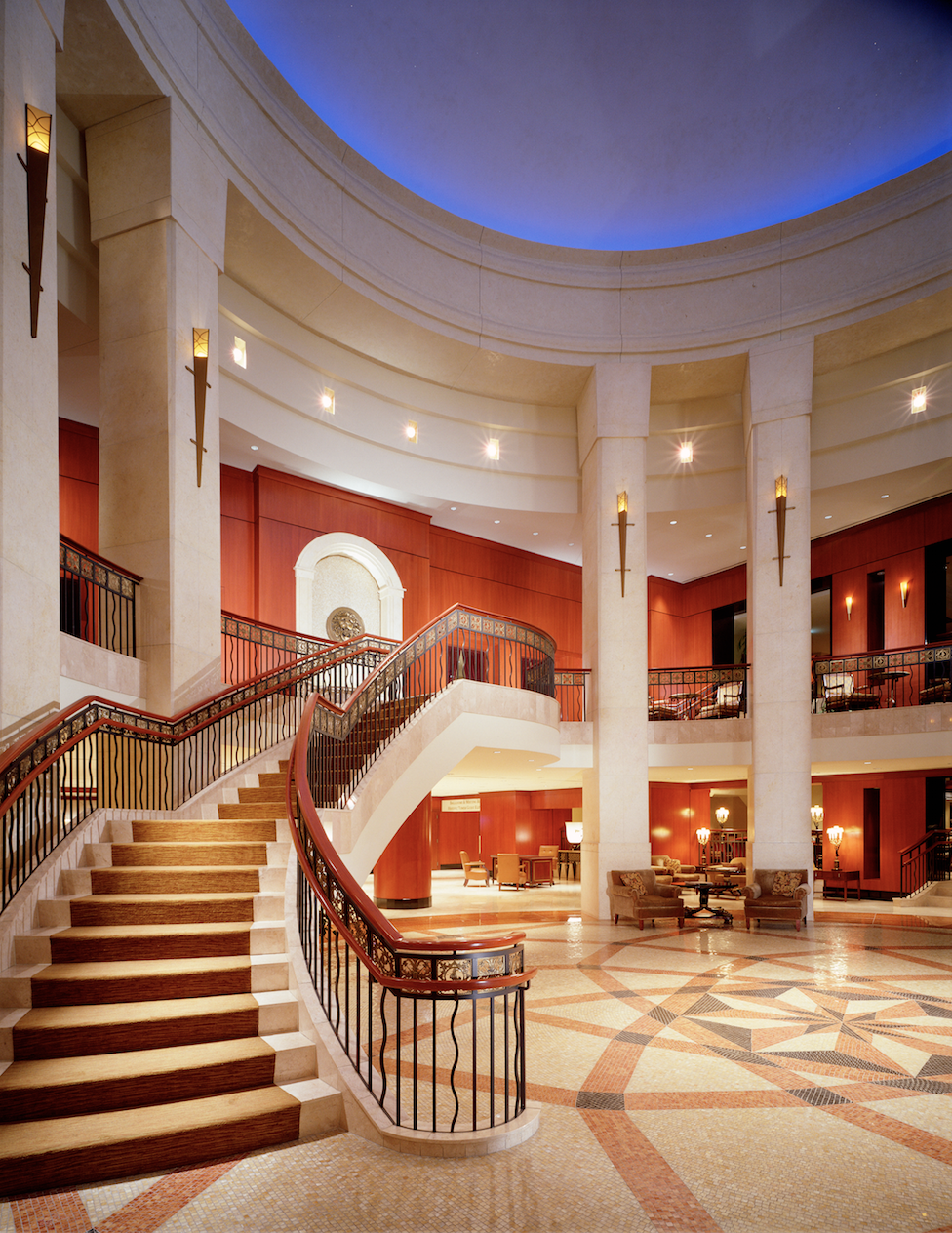 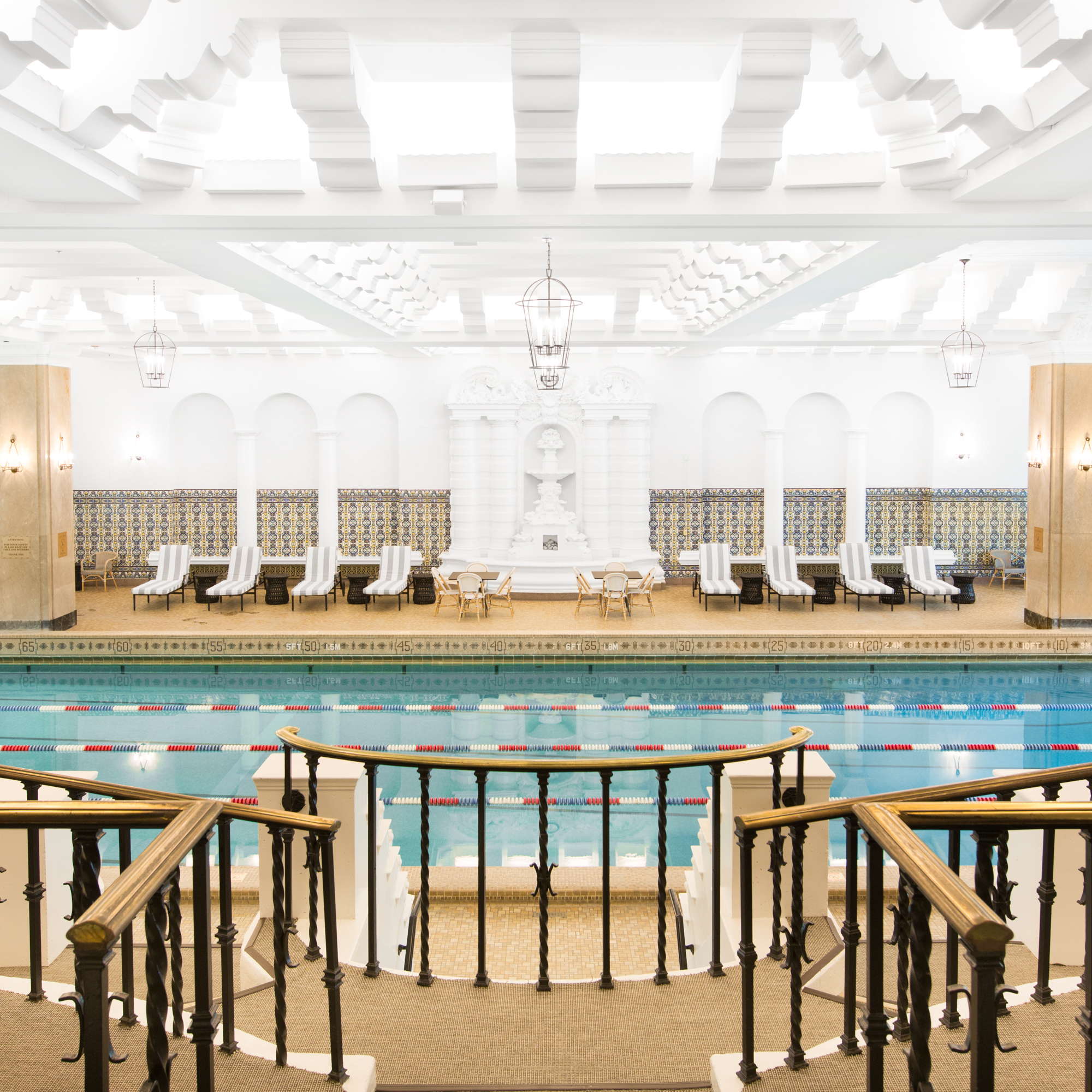 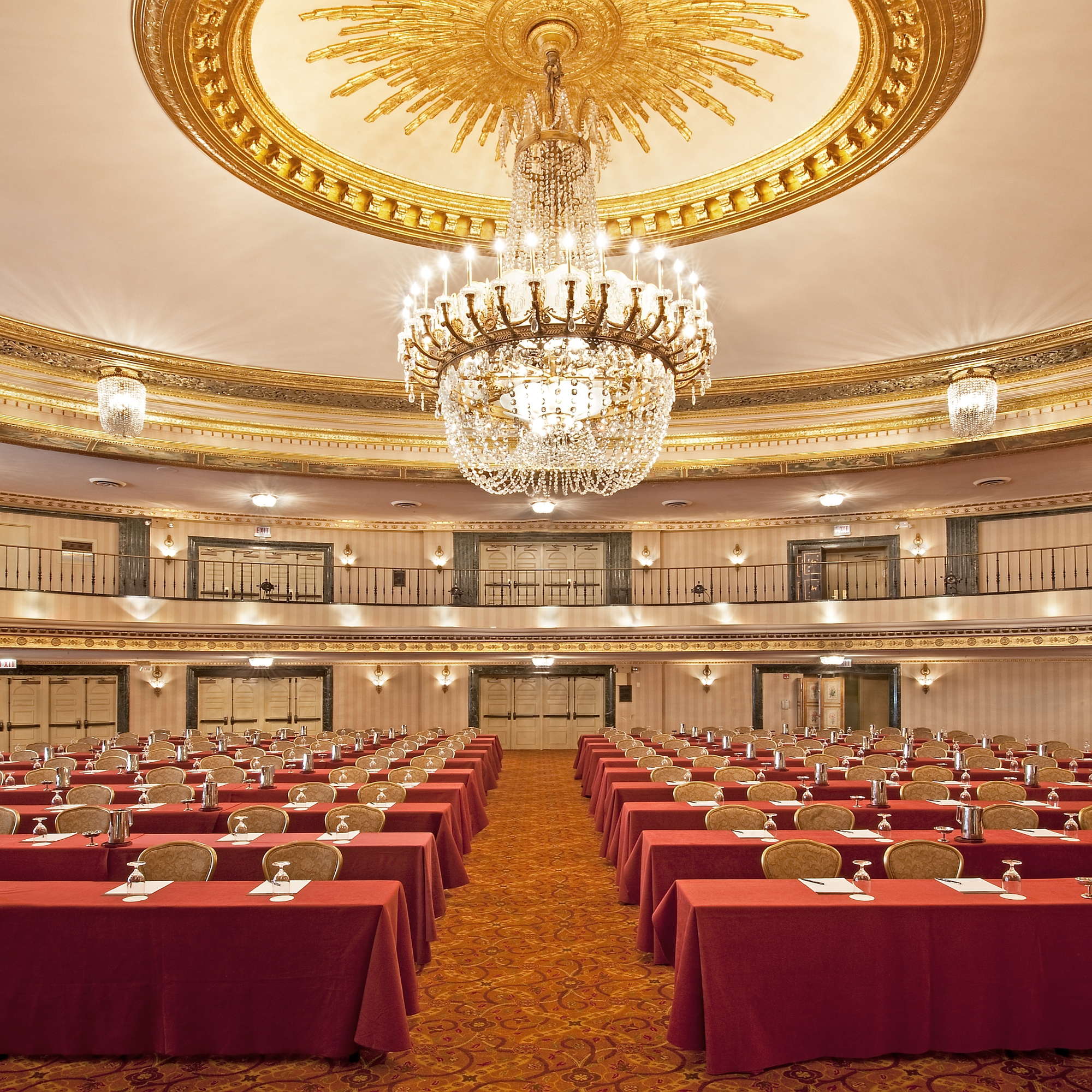 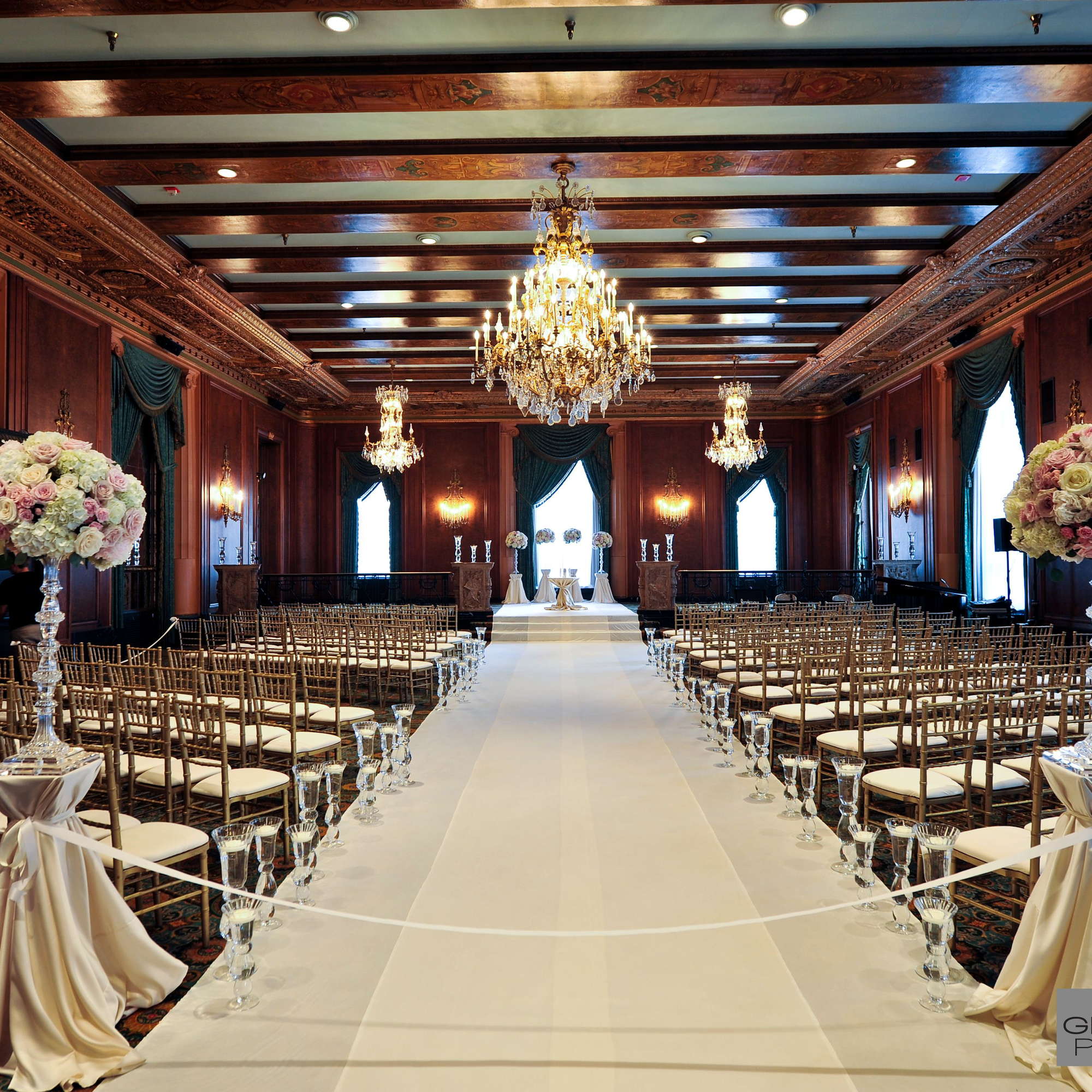