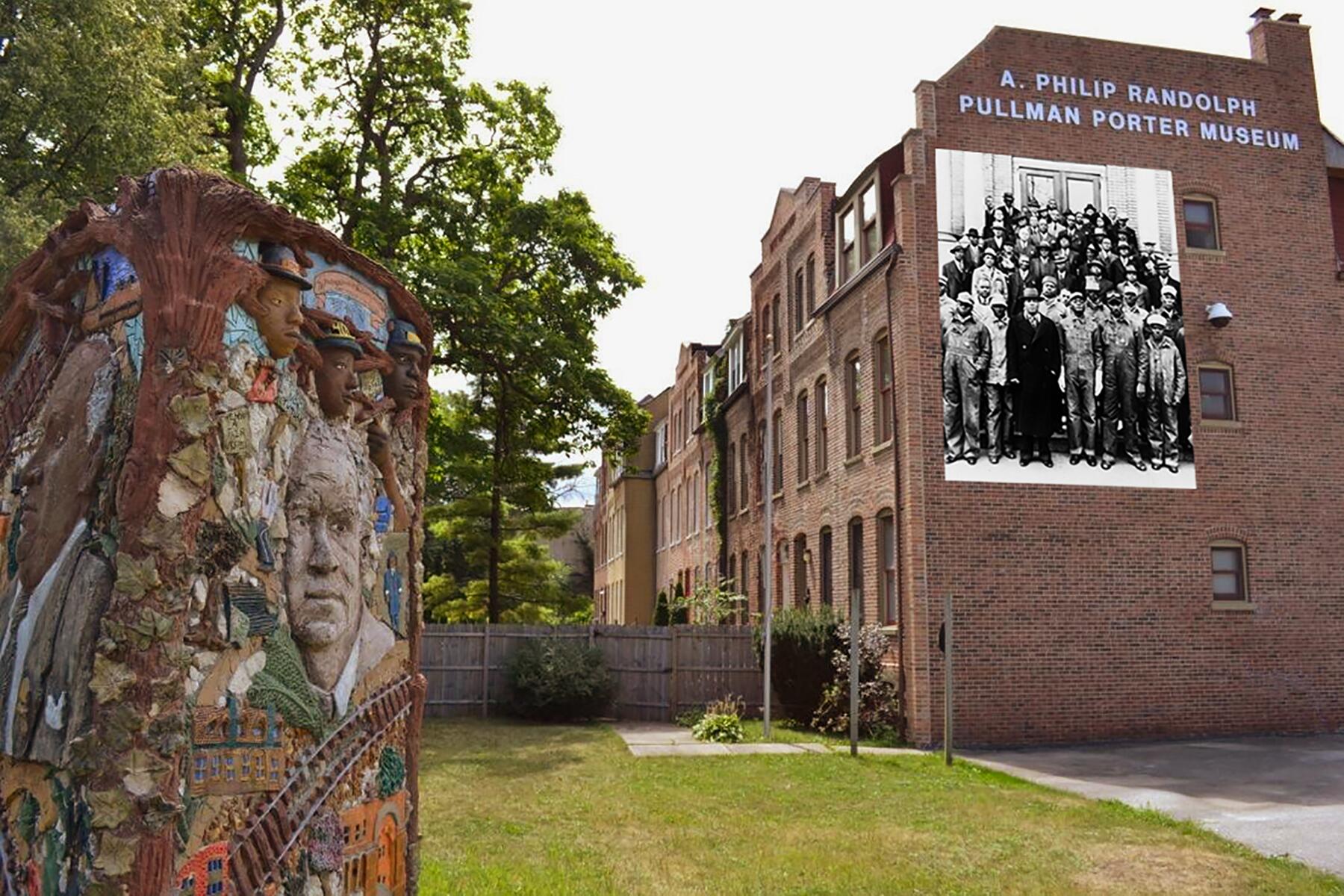 The City of the Big Shoulders, as poet Carl Sandburg once famously dubbed Chicago, is flaunting some serious culture cred this fall with openings of boutique hotels, restaurants from celebrity chefs, and a major architectural event. Fans of fall foliage won’t want to miss a brand-new hiking trail, too, snug in the heart of the city. Never before has the Windy City been this prepped to be a style setter. Here's everything you need to know about the upcoming season in Chicago. 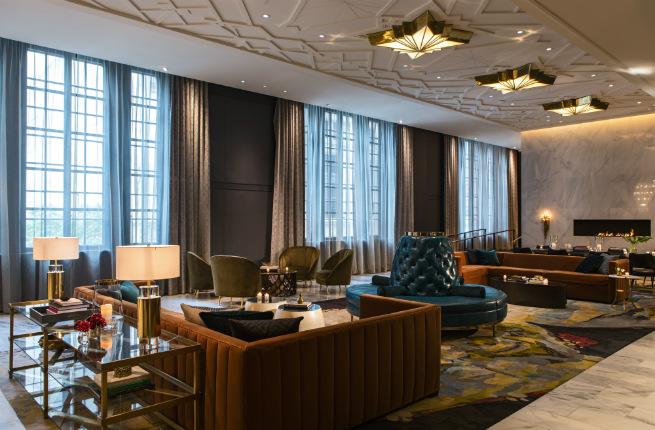 Fresh off a $15 million renovation Hotel Allegro is a Theater District property that has been restored to to its glam 1920s roots. Climb the staircase, marvel at the the spacious lobby, and sit for a drink at the new bar—even if you’re not staying here: the chandeliers, light fixtures, furnishings, and art (including the 10'x6’ Lady Lucent of Awakening by Chicagoan Sarah Raskey) completely channel the Jazz Age and Art Deco period.

Another new facelift is at the former Conrad Chicago, which recently became part of Starwood Hotels & Resorts’ Luxury Collection brand and transformed into The Gwen, A Luxury Collection Hotel. Tucked into the Mag Mile shopping district, the hotel was inspired by Gwen Lux, a pioneering Chicago-born sculptress whose work was influential in the early twentieth century. Accordingly, the design of The Gwen harkens back to the grandeur and glamour of Chicago in the 1930s.

Sporting Gothic and Art Deco touches, with a bit of old-school prep, the Chicago Athletic Association has become one of the buzziest hotels in town. Located across from Millennium Park, the hotel was originally a private member’s club dating back to the 1890s, and it was reborn in its current incarnation in May thanks to Commune Hotels & Resorts. Chicago’s second Shake Shack is in the hotel, as is Cindy’s, a rooftop eatery overlooking the park. The celebrated firm Roman and Williams was tapped to do the rooms, complete with marble baths and custom bed frames.

Virgin Hotels’—yes, from Sir Richard Branson’s Virgin empire—first and only property opened in the Loop back in April. Behind its gold doors are five eateries: among them, Miss Ricky’s, a retro diner dishing up late-night bites like Sriracha chicken waffles; and the Commons Club, perfect for day drinking. Design candy in each of the rooms includes a sliding-door concept dividing the sleeping and dressing areas, a vanity, and guests get access to the hotel’s Lucy app. There’s also a spa with a hammam as well as a 26th-floor rooftop bar. 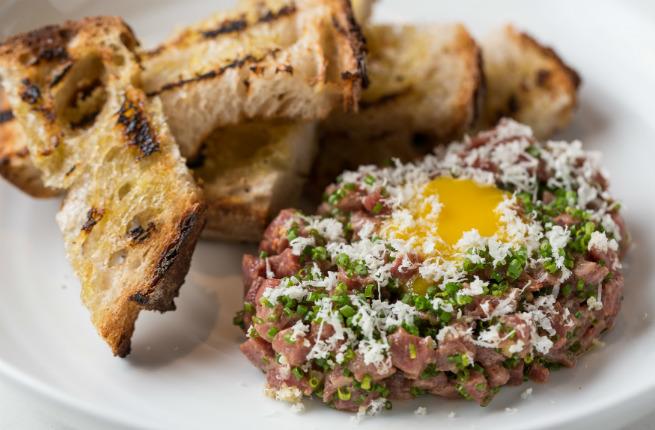 Of the crop of celeb chefs descending upon Chicago this fall, Danny Meyer is among the newest to step foot in the city, on the heels of his first Shake Shack, which opened last year. His latest project, GreenRiver opens in Streeterville this month. A veritable lesson in cocktails and Chicago history, the drinks list, built by a mixologist formerly of The Aviary, is organized by raw materials and includes concoctions named after Irish-American notables 1871 and 1930. Acadia alum Aaron Lirette is at the helm in the kitchen, so expect great things from the food menus as well.

Critical darling Grant Achatz will open Roister any day now, too, in Fulton Market next to the Aviary and Next. While details have been mostly under wraps, some info has leaked, including that it will be nothing like Achatz's other restaurants, and an open flame will fuel some of the dishes. Other chefs with Chicago roots debuting new eateries this fall are Top Chef winner Stephanie Izard, with her Chinese-inspired, 100-seat concept Duck, Duck, Goat joining her wildly popular Girl & the Goat and Little Goat; and Rick Bayless, continuing his crusade to educate on food throughout Mexico with a West Loop concept (Cruz Blanca Cerveceria) that includes a microbrewery.

Speaking of Bayless, one of his protégés, Anselmo Ramirez, has set up shop in off-the-beaten-path Albany Park, on the city's northwest side, at Ixcateco Grill. Recipes on the short—but deeply imaginative—menu stem from his family’s kitchen, in Guerrero, Mexico. Food Network devotees, take note: “Sandwich King” Jeff Mauro plans to slap together some pretty amazing ‘wiches at his first restaurant. Pork & Mindy’s is set to open in Bucktown later this year with many meat-heavy options shoved between slices of bread.

In October, Boka Restaurant Group—which includes Izard’s Girl & the Goat—will introduce Swift & Sons, a steakhouse in the Fulton Market District. Tucked into a former cold-storage facility with lots of concrete and raw materials woven into the décor, only responsibly raised meats are on the menu, and the name links back to the neighborhood’s roots as a meatpacking district, with Gustavus Franklin Swift being one of the pioneers.

Like Eataly? Richard Sandoval’s Latin version, Latinicity, will be about half the size of the Italian-foods emporium (that’s still pretty big) and feature twelve food stalls, a restaurant, and a bar. It opens in October inside Block 37, a shop-and-dine center in the Loop.

Proof that Chicago is currently a hot spot for craft beer, the late-September opening of Forbidden Root’s West Town brewpub will be in the shell of an historic theater, focusing on botanical brews. (Translation: using all-natural ingredients, like black walnuts, licorice, and black pepper in the Shady Character Porter.) Imbibing fans will also want to step into history at the soon-to-open, Brit-themed Queen Mary Tavern in Wicker Park. The menu will feature cocktails drank by British Royal Navy sailors while at sea. 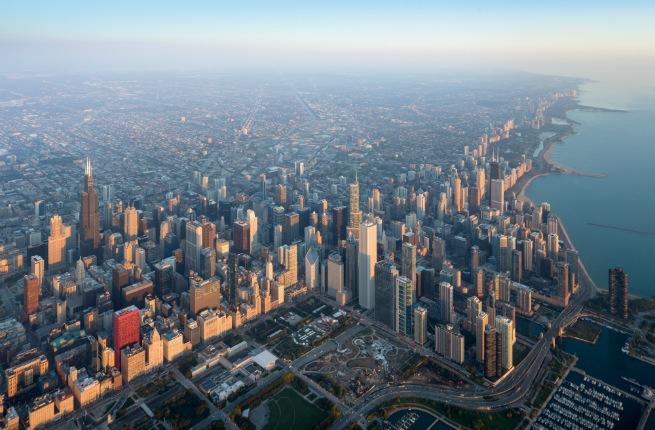 The first-ever Chicago Architecture Biennial (October 3 through January 3) will feature 100 participants from around the globe, spread across six venues including Millennium Park and the Chicago Cultural Center. Also on the agenda: lectures, films, performing artists on opening weekend, and Late Night at the Biennial events and Tuesday Talks at the Chicago Cultural Center. The inaugural event pays tribute to the city's fine architectural history, with buildings by Frank Lloyd Wright, Daniel Burnham, Louis Sullivan and Ludwig Mies van der Rohe all located here. Free shuttles will take Wright fans to the SC Johnson campus in Racine, Wisconsin, too.

The Art Institute of Chicago exhibits two Degas collections on loan with “Degas: At the Track, On the Stage” (through February) along with a much-talked-about collection from Charles Ray (“Charles Ray: Sculpture, 1997-2004”). As the first major exhibit for Chicago-born Ray, nineteen of his sculptures—from a smashed-up car to a fallen tree—are spread throughout the Modern Wing and the South Garden. 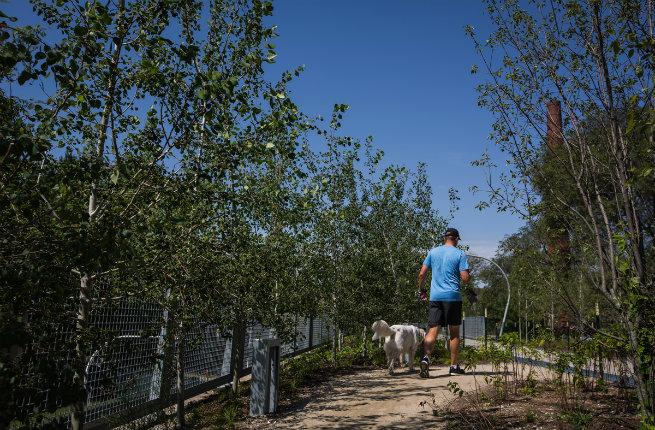