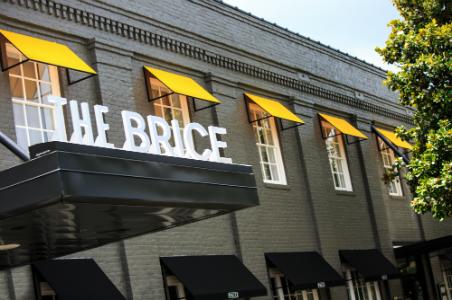 If words like “genteel” and “refined” are the first few that come to mind when thinking about Savannah, you're a little behind the times. In the past few years, this southern city has upped its game, opening a string of eateries and lodgings that have transformed it into the region's new hot spot.

Longtime favorites like The Olde Pink House are still on the scene, drawing crowds to their elegant dining rooms by serving up faithful versions of classics like she-crab soup or shrimp and grits. But the latest additions to the dining scene are taking the same ingredients and combining them in interesting ways.

Take a new place like The Florence, located in a surprisingly open and airy space that once served as an icehouse. The rough walls and towering arched windows preserve the industrial feel, as does a crudely scrawled warning (in red paint, no less) of high voltage. Conversation echoes from the beamed ceiling, giving the place a convivial feel. Celebrity chef Hugh Acheson, a staple of TV’s Top Chef, opened the restaurant, but 28-year-old Kyle Jacovino ably handles the day-to-day cooking. With his Italian background, he is a whiz with Italian recipes that incorporate southern ingredients. The black bucatini, for example, is dotted with shrimp and clams. The duck breast is matched with Sea Island red peas, and the pork ribs are splashed with a cider glaze and accompanied by spiced pecans.

(Our one quibble with the service was being sat half an hour late, despite a reconfirmed reservation and an empty table nearby, but our server more than made up for that by bringing us a complimentary glass of Aperol, an Italian aperitif that's a bit like Campari but with more of a kick.) 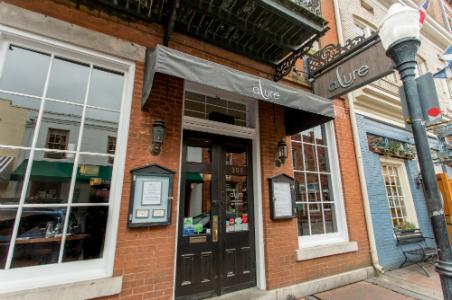 On one of the Historic District's busiest streets, the front door of a.lure seems to always be swinging open, welcoming patrons who squeeze in at the small but well-stocked bar or get escorted to the closely spaced tables in one of the two modern dining rooms. The friendly chatter sometimes rises to such high decibel levels that you'll have to shout so your server can hear your order. Seafood has pride of place on the menu, so you're definitely going to find traditional dishes like the Lowcountry boil—only here you'll find it served with sweet-corn flan instead of the usual corn on the cob. A swath of Old Bay Hollandaise is just right for dipping the locally caught shrimp. Other standouts included the Thai-style red snapper, served whole and fried golden brown, although we were glad we asked for the too-sweet pineapple curry sauce to be served on the side. The excellent house-made potato chips were devoured in minutes, but once again we wished the blue-cheese fondue had been on the side rather than plopped on top. 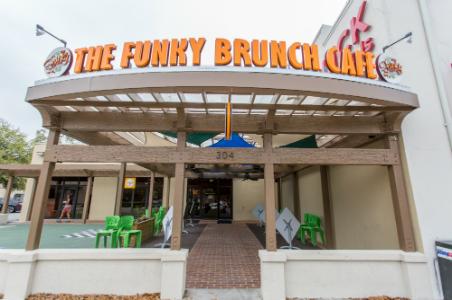 Our favorite find—so much so that we went back the next day—was The The Funky Brunch Café. Tables in the colorful dining room include griddles you can use to flip your own pancakes, adding your choice of toppings from chocolate chips to peanut butter. (If you're feeling listless, the kitchen is also happy to do the work.) The rest of the menu is simple but surprisingly tasty, ranging from The Traitor (poached eggs and Canadian bacon on an English muffin or, even better, a freshly baked biscuit) to the Black n Bleu Sea Grits (the usual shrimp and grits amped up with chunks of lobster, crumbled blue cheese, and a generous helping of bacon). Bacon also makes an appearance as a garnish in the house specialty drink, the Bloody Mary. It sounds wrong, but it's oh so right, adding a smidge of sweetness to the spicy concoction. 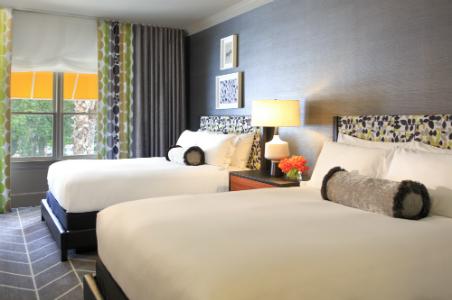 We didn't get to try Pacci, a refined Italian deli, except to sample a few of its very tasty appetizers during the afternoon wine hour at The Brice. This new addition to the town's lodging options is easily its most sophisticated. You know this as soon as you walk into the lobby, where the usual nod to days gone by has been replaced with a playful vibe. The laid-back atmosphere extends to two interior courtyards: the first with low-slung couches placed under massive umbrellas to shield you from the noonday sun and the other with lounge beds carefully arranged around a swimming pool (something of a rarity in the Historic District).

The 145 guestrooms blend on-trend color schemes of slate gray and moss green, along with bursts of bright red in the artwork. The living room in our suite was big enough for entertaining friends (or even having them stay over on the carefully concealed sleeper sofa). The bathroom was on the small side, and getting there required squeezing past one of the queen-sized beds. Despite being on one of the main drags, the room was perfectly quiet at night, thanks to thick walls (the building was once a Coca-Cola bottling plant) and double-paned windows. This was a big plus because even when you're in search of what's hip and happening, you want the party to end as soon as you close your door.