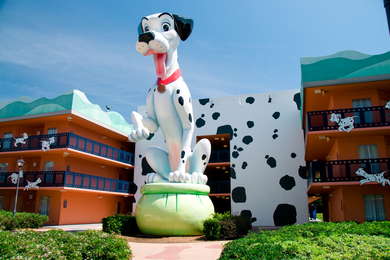 Scenes and characters from favorite Disney movies dot the landscape of this large, value-priced, family friendly resort: 101 Dalmatians of all sizes scamper along railings; Mickey commands the waters at the Fantasia pool, and a larger-than-life Woody cavorts with his Toy Story pals. A food court offers casual dining from breakfast to dinner, and rooms are decorated in keeping with the movie themes. For those wishing to run off some excess energy (not that there will be much energy left after a day or two at the parks), a jogging trail winds through the resort, with encouragement from the broomstick bucket brigade from Fantasia.

YOU SHOULD KNOW The resort is about as far away from the Magic Kingdom as you can get, and still be on Disney property. Buses are busy, lines are long, but you do get the advantage of Disney perks, such as Extra Magic Hours, and the buses are free.

The rooms have two double beds, not queen size, with crisp white linens and a colorful coverlet. The furniture is spartan, but there is a table and chairs, and a flat-screen TV, as well as a mini-fridge, handy for keeping cold drinks and snacks.

YOU SHOULD KNOW If you need coffee first thing in the morning, be aware that there is no coffee maker or microwave in the room, and it's a bit of a walk to the lobby food area. 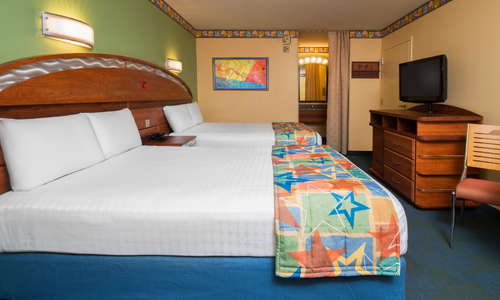 The vanity has one sink, and is separated from the main room by a curtain, but from the bathroom and toilet by a door. The tiles and shower curtain in the shower/bath reflect the movie theme. Plenty of towels supplied, but no toiletries.

Decorated with stars and movie images, the lobby, known as Cinema Hall, is a busy place. In addition to the check in area, the lobby leads to the entrance of the brightly lighted food court. It's not a place to relax and people watch, although there are a few seating areas. It's more a functional place to get through on your way to your room or to the pools or to the food court.

The Fantasia Pool is ruled over by a statue of Mickey in his Sorcerer's Apprentice costume, complete with pointy hat, appearing to rule the streams of water that shoot into the air. The Duck Pond honors the Mighty Ducks movies, and features Goofy in a goalie costume guarding a goal at the hockey-rink inspired pool. Both pools are heated, and towels are provided. 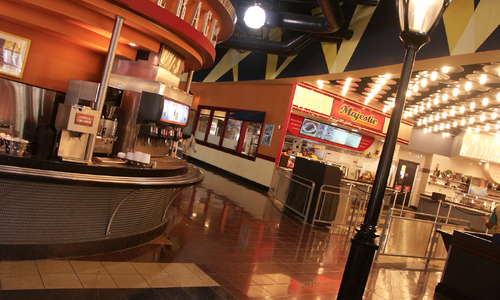 No gym on-site, but there is a jogging trail, if you feel the need for some cardio exercise.

The World Premiere Food Court offers a variety of options for breakfast, lunch and dinner, at stations Disney refers to as "quick service", which means the food is already prepared. Dinner entrees include pasta, burgers, hot dogs, chicken, pizza and more. You can get "monster" pizza slices late into the evening, or you can opt for pizza delivery.

Cocktails, craft beers, sangria, and wines are available at The Silver Screen Spirits Bar, near the Fantasia Pool.

YOU SHOULD KNOW The Silver Screen only has outdoor seating, so it's not a spot to cool off on a hot day.

As a Disney guest, the buses are free, but they will take a chunk of time out of your day, especially in the morning when everyone is trying to get to the parks early, or after the parks close, when everyone is exhausted. So, a car, or ride share service might be the answer, particularly at the end of the day. Plus, a car will free you up to hop from park to park, in a reasonable amount of time, or to visit Universal without a pricey taxi ride.

For a special treat, check out Boma, an all-you-can-eat buffet at nearby Animal Kingdom Lodge (8-minute drive), where the stunningly beautiful thatched lobby soars above your head, and servers from all over Africa explain the African-inspired food. There are also ample American foods for those with less-adventurous taste buds. A bit farther afield, Disney Springs (16-minute drive) offers an extravaganza of restaurant choices, from fine dining at celebrity chef eateries, to authentic American burgers.

The Animal Kingdom Lodge (8-minute drive) has several watering holes, for wild animals, and for people, that are worth a visit. Victoria Falls Lounge is just off the lobby, and overlooks Boma, making it a fascinating place to people watch and sip some South African wines, which you can also do at the nearby Cape Town Lounge and Wine Bar. In the Kidani Village wing of the Lodge, Sanaa Lounge gives you views of zebra and giraffe as you sample small dishes and a full bar. If you seek a bit more excitement, a bus or car trip to Disney Springs (16-minute drive) will have you sipping sake, lifting a pint of Guinness, sampling homegrown whiskeys or craft beers at one of dozens of bars and lounges in the complex.

This is a basic, value-priced family resort, which offers younger kids some eye-popping encounters with favorite Disney characters, and offers parents the benefits that come with staying on Disney property without breaking the bank. If you are visiting Disney to spend most of your time in the parks, and only use the room to rest and recover for the next day, this place fits the bill. 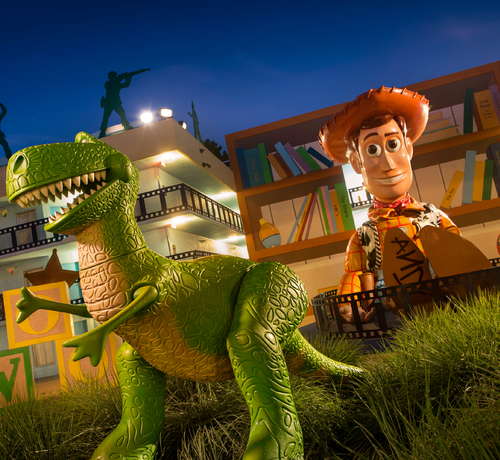 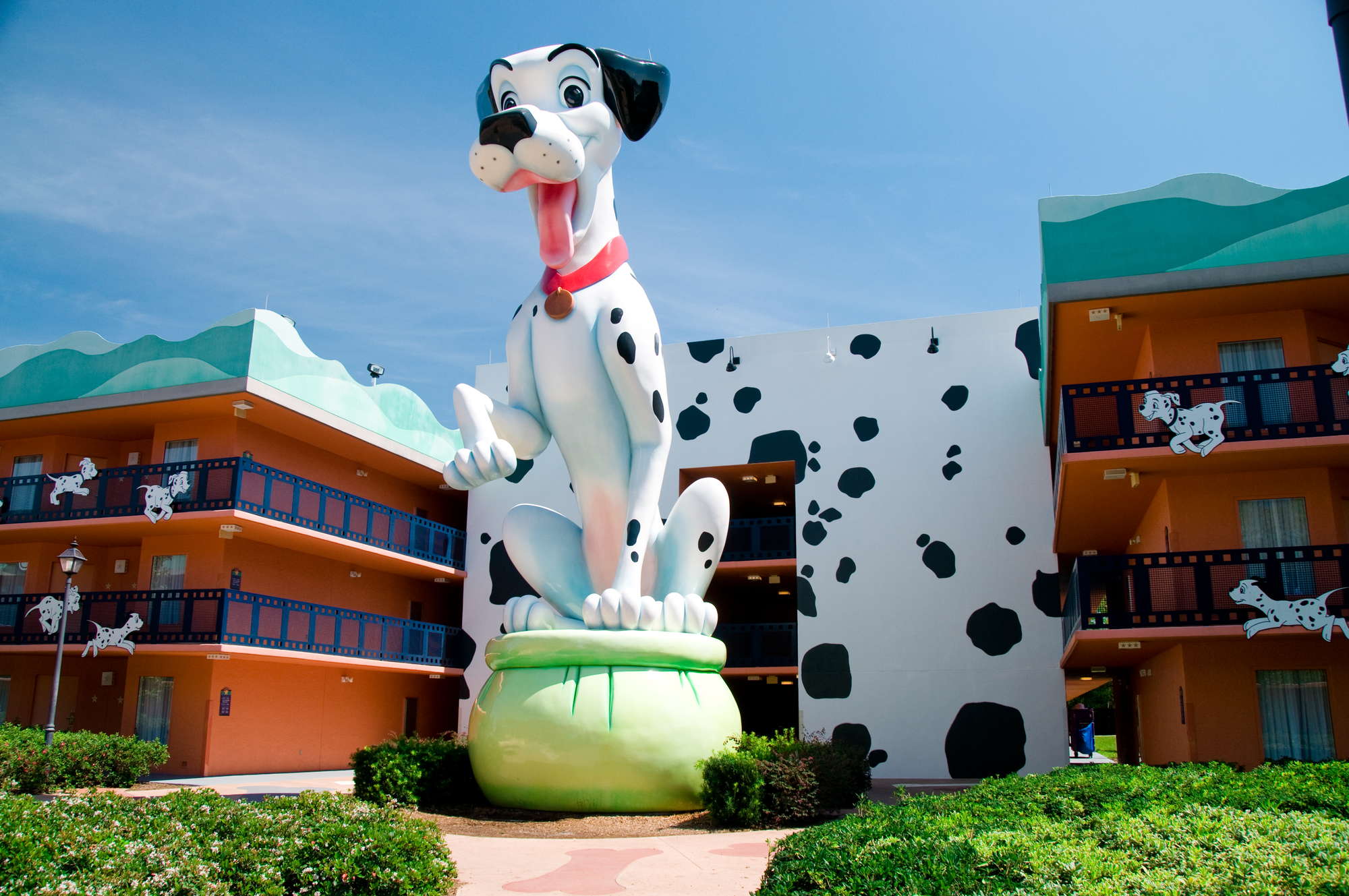 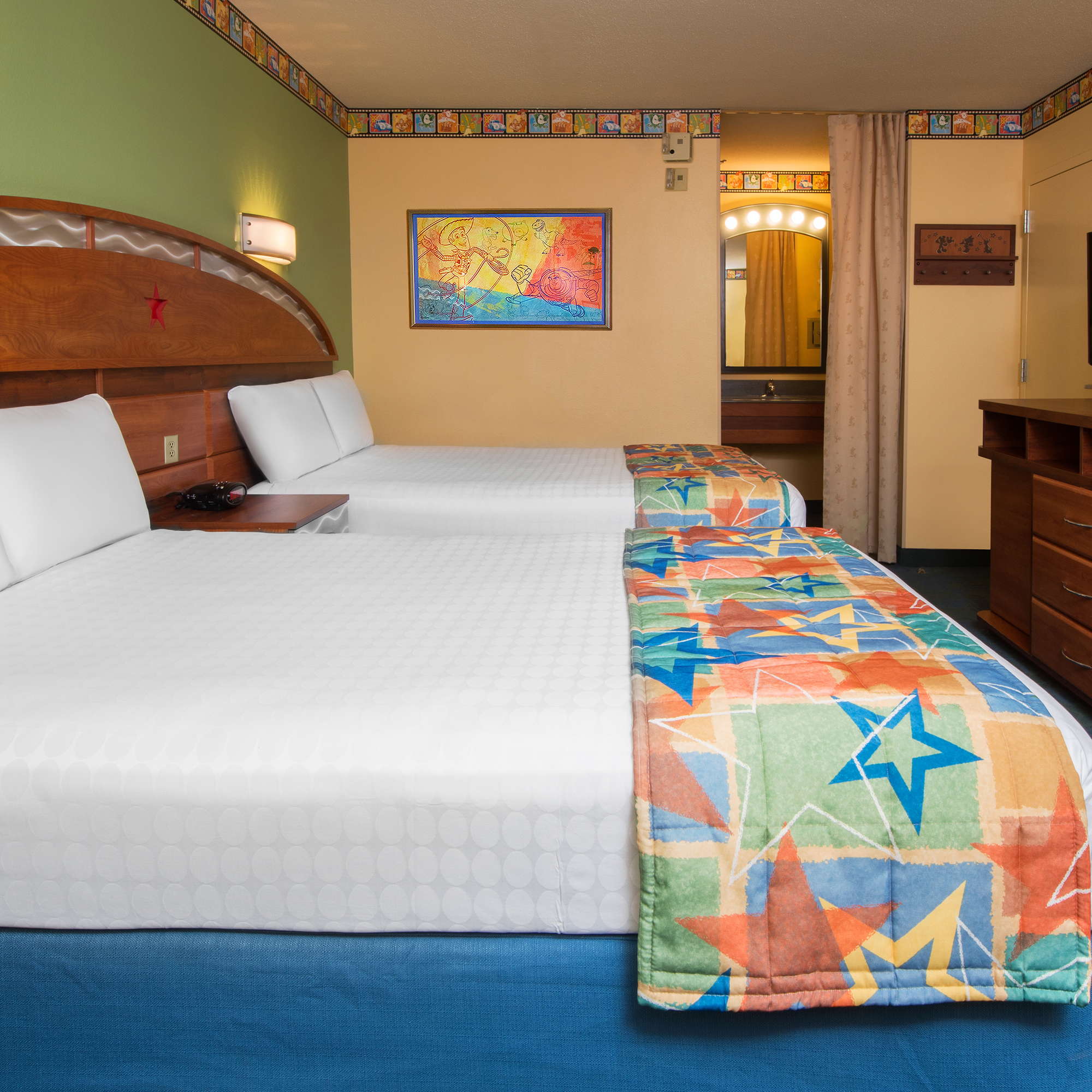 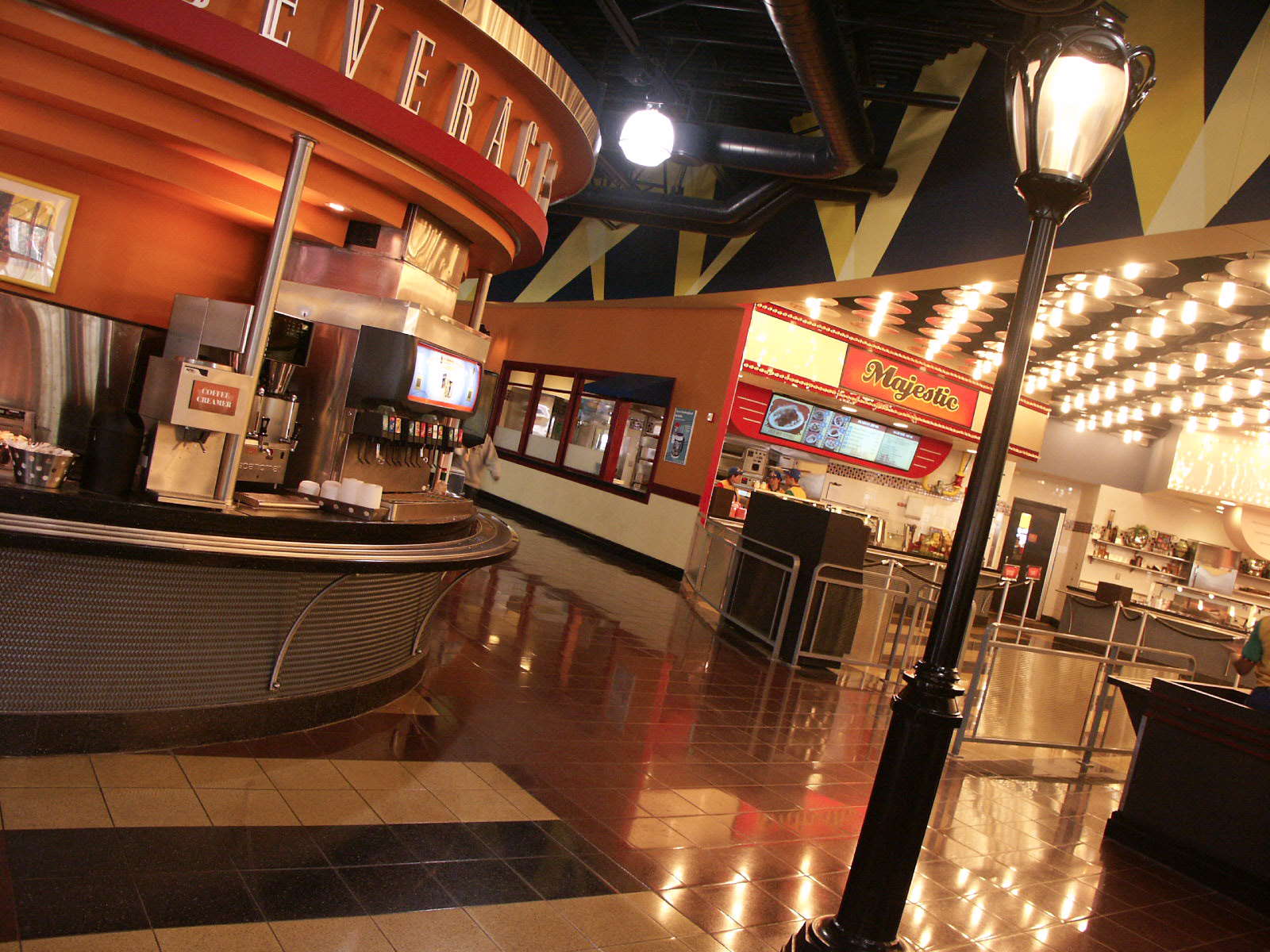