A glimpse at the Bubble, from the outside looking in.

If you get too close to the NBA Bubble—the part of Walt Disney World where 22 NBA teams are sequestered so they can finish the 2019/2020 season—you will be promptly and firmly told to leave. Ask me how I know this.

Honestly, it’s not even like I would have recognized the vast majority of players. I haven’t watched a full game of basketball since the Celtics beat the Lakers in the 2008 NBA Finals. While I was exploring the edges of the Bubble, I did see a few of them—from a long distance away—fishing and walking by the water. But I wasn’t there for the NBA. I was there to see how the NBA was changing Disney.

Because of the pandemic, the NBA suspended the season on March 11, when a player from the Utah Jazz tested positive for COVID-19. In early June, the league announced a plan to finish the season: 22 of the league’s 30 teams would isolate at Walt Disney World hotels, and play out the remainder of the season at the ESPN Wide World of Sports Complex, which is part of the Walt Disney World Resort in Orlando, Florida. It’s reportedly costing the NBA upwards of $150 million to use Disney to finish the season.

The players arrived between July 7-9, and immediately went into isolation at three hotels. Some teams are staying in a fenced-off portion of Disney’s Grand Floridian, others are at the totally-closed Yacht Club, and the rest are at the Gran Destino Tower at Coronado Springs, where practice courts have been installed for the players.

Maybe you were one of the very few people who were staying at Disney when the players arrived. A handful of hotels started hosting guests on June 22, so it’s possible, but not likely. That would have been basically your only chance to spot anyone between their arrival and when they started showing up on television when the league resumed play on July 30. (The games won’t have a live audience, but the NBA is allowing fans to “virtually” be there courtside.)

Some of the Bubble is plainly visible from outside. If you start at the International Entrance to Epcot and take the walkway past Disney’s Beach Club, you’ll hit a solid fence sectioning off the neighboring Yacht Club just before you reach that massive pirate ship that hides the entrance to a waterslide. There are security guards at the gate, and on the ship itself. You can see the waterfront edge of the Bubble in plain view from across Crescent Lake if you’re on the boardwalk at Disney’s Boardwalk Resort. At the Grand Floridian, it’s easy to see the fence from the Grand Floridian Cafe, and the resort’s main walkway ends at a security checkpoint for the Bubble.

“It’s reportedly costing the NBA upwards of $150 million to use Disney to finish the season.”

Even though you can’t see inside the Bubble when you’re at Disney, you can still see inside the Bubble. The @NBABubbleLife account on Twitter and Instagram has been documenting what life is like for the players in isolation. The short version: they’re fishing, golfing, and boating on the Seven Seas Lagoon by the Magic Kingdom and the attached Bay Lake. They drink a lot of good wine and decorate each other’s doors for birthdays. They’re playing a lot of video games and spending a lot of time wondering on social media what kind of haircuts they should get at the official NBA Bubble barbershop.

Troy Brown Jr., from the Washington Wizards, started a vlog to document what life is like inside the Bubble. The San Antonio Spurs held a cornhole tournament. But not all of the players love being there: L.A. Lakers’ LeBron James tweeted and Portland Trail Blazers’ Damian Lillard posted on Instagram that leaving their families to isolate in the Bubble felt like a prison sentence.

But is NBA occupancy at Disney affecting the resort experience? In the absence of Mary Poppins’s spoonful of sugar: Yes, definitely. Because the dock is inside the Bubble, there is no boat service from Grand Floridian to Magic Kingdom right now, and the Courtyard Pool is off-limits. And because the windows in the hotel facing Magic Kingdom also face the Bubble, many of them have opaque plastic over them, like in the Enchanted Rose Lounge inside the hotel’s main building. At Beach Club, the main pool, Stormalong Bay, has a sand-bottom and a lazy river. It’s easily one of the best features of a Beach Club (or Yacht Club) stay. Right now it’s closed, but there is debate among Disney fans whether that pool is reserved for exclusive NBA use or whether it’s closed because the main Beach Club hotel is currently not accepting guests. All of Coronado Springs is off-limits to the public. 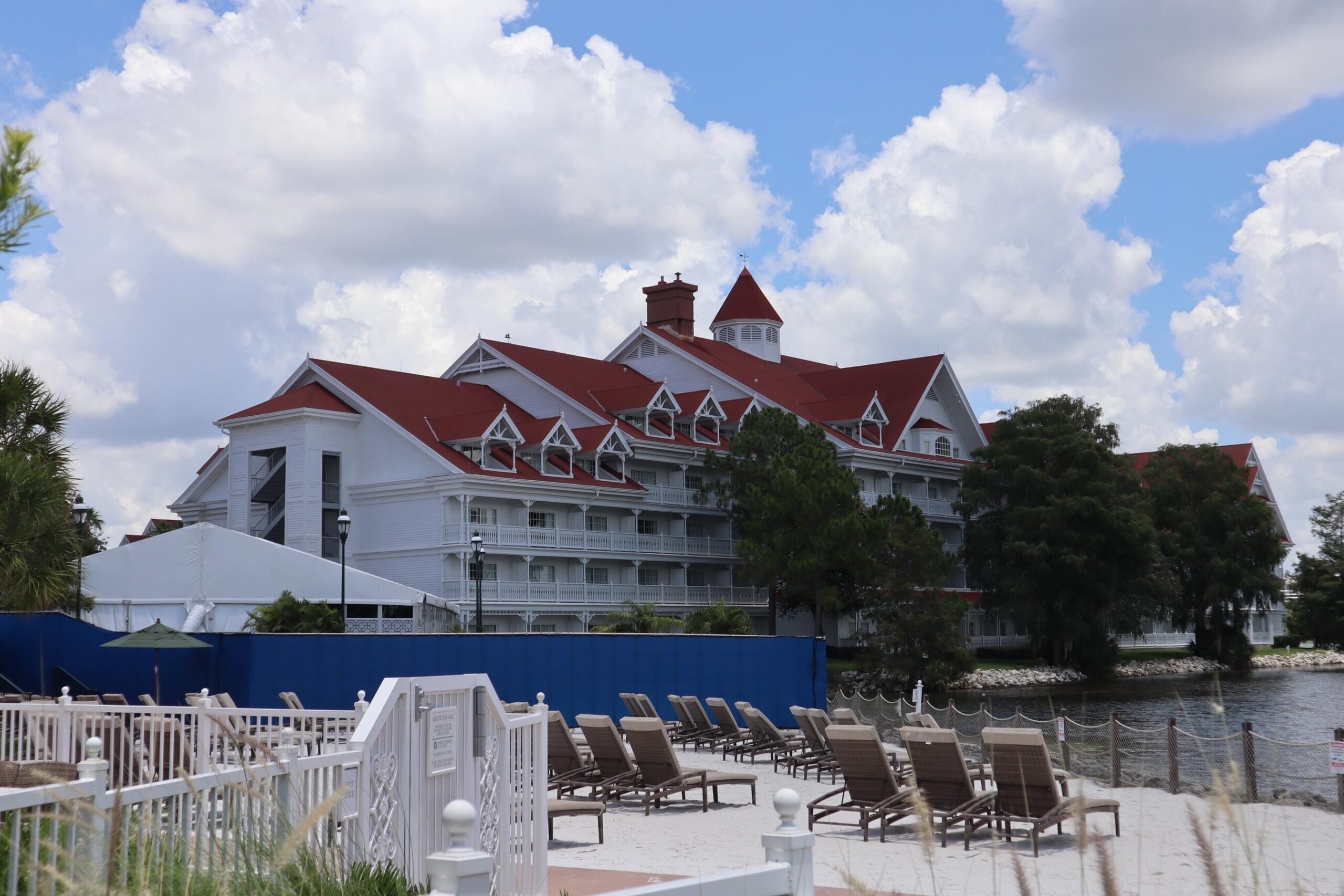 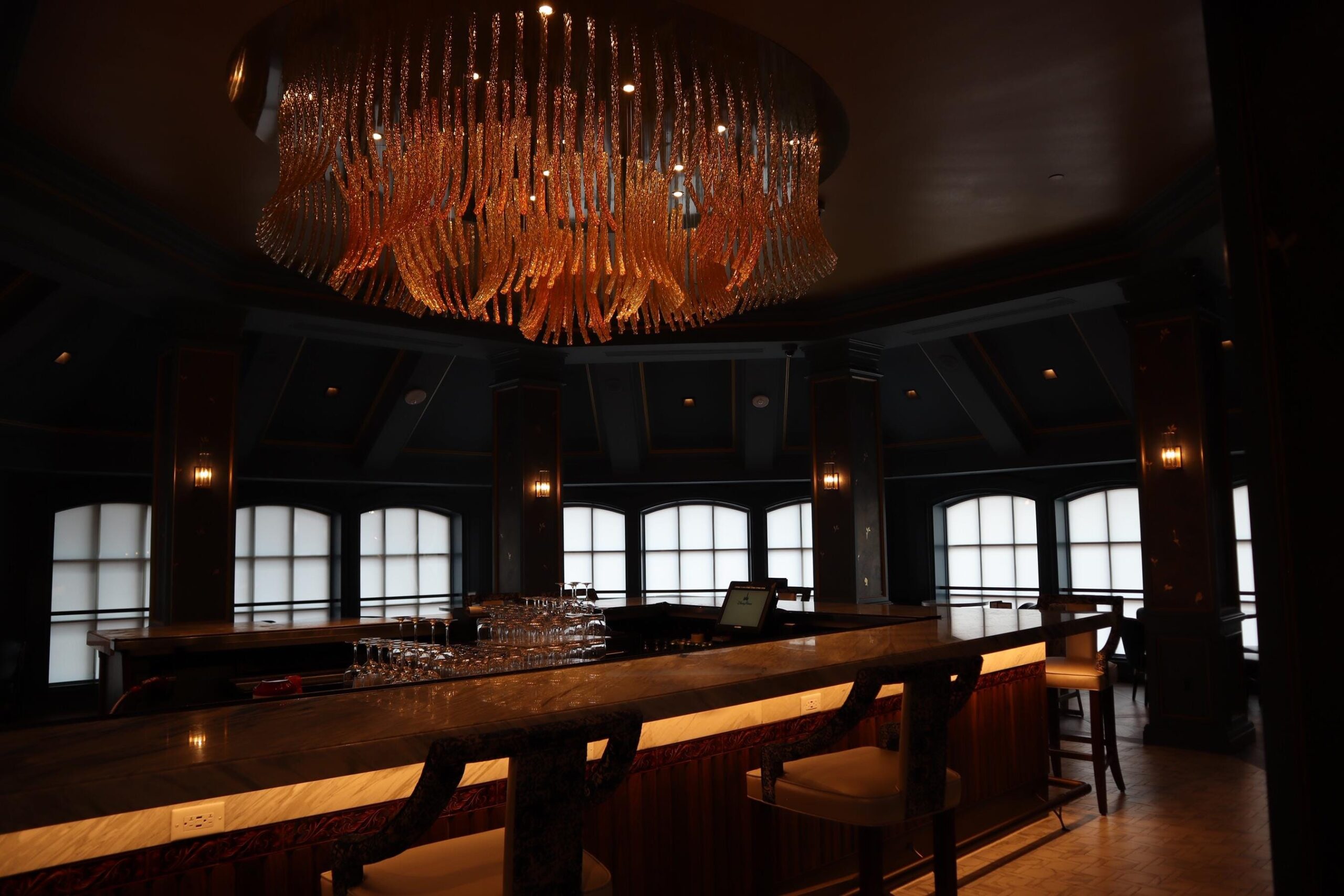 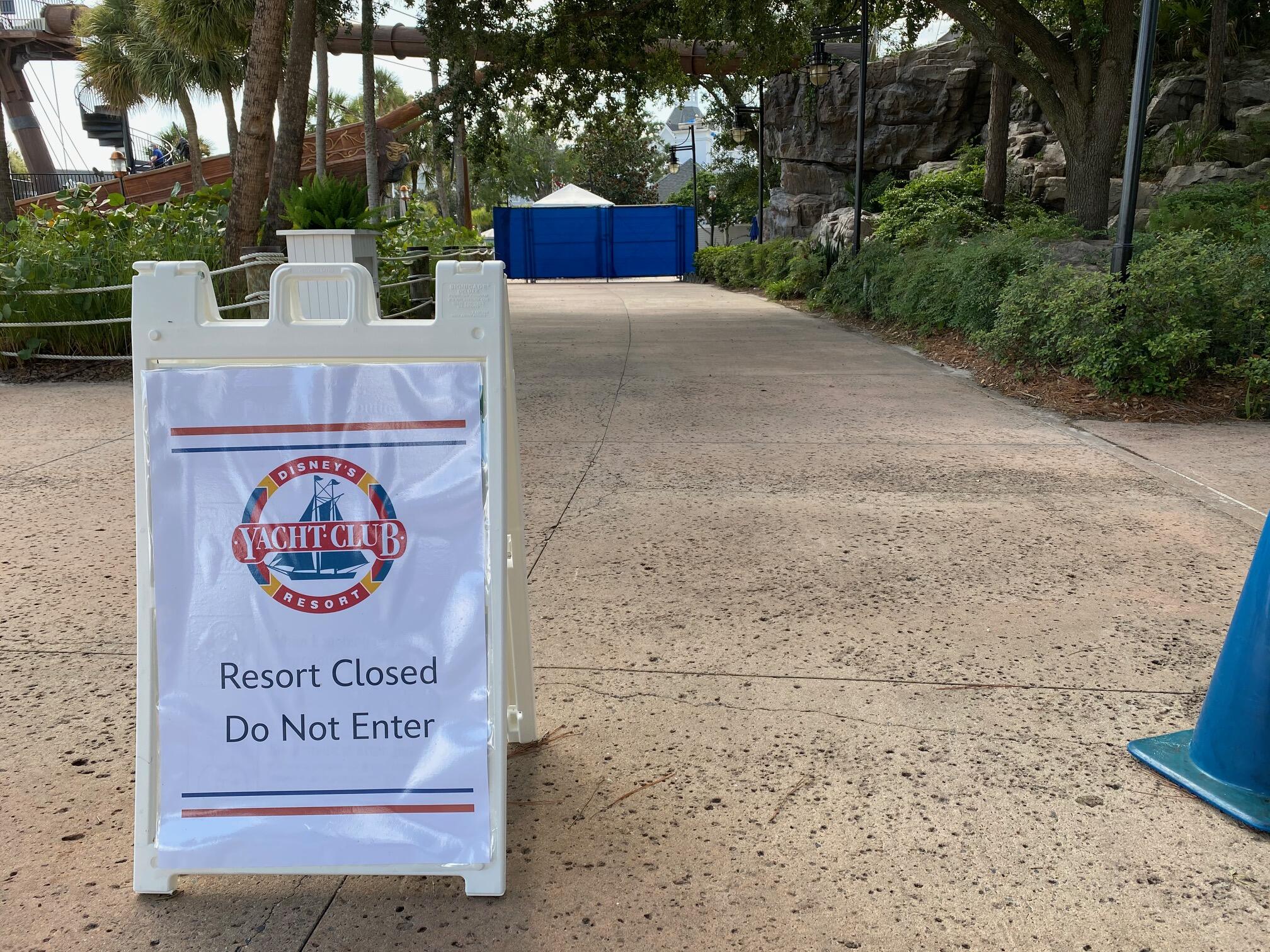 But the NBA is definitely not the biggest detractor from being able to enjoy a full Walt Disney World vacation right now. Though Disney opened Magic Kingdom and Animal Kingdom on July 11 and Epcot and Disney’s Hollywood Studios on July 15, the experience is limited at the moment. Many hotels, and even more restaurants, have not reopened since the pandemic forced Disney’s closure in March. There are currently no indoor shows, no fireworks, and no character meet-and-greets in the parks. Since bus and boat transportation is limited—even the open hotels don’t have bus transport to every park—the wait times can be long to get from place to place.

Several hotels like Beach Club and Grand Floridian are currently closed but are accepting guests at the “villas” on those properties that are normally reserved only for Disney Vacation Club members. I was there for the opening of Magic Kingdom and Animal Kingdom on July 11, and I stayed at the Polynesian villas, though the rest of that hotel was closed. Many of the other hotels won’t be opening until the fall. Yacht Club is currently working towards an August 24 reopening, while the Grand Floridian will reopen on September 21, and Coronado Springs will reopen on October 14.

Given Florida’s surge in coronavirus infections through the month of July, many people have criticized Disney for going through with its reopening plan, citing safety risks and what they viewed as irresponsible encouragement and promotion of travel. Many more who have considered returning to the resort since it reopened last month have speculated about whether, with ride, restaurant, and entertainment closures, the expense is worth it. The prices of Disney’s park admission and hotel reservation have not decreased, despite the limited experience. But among those who have returned, many have lauded Disney’s safety protocols like temperature checks and stringent enforcement of mask-wearing. People I spoke to on opening day at Magic Kingdom said they felt safer there than they did doing everyday errands, because of that enforcement. For some of us, a little bit of magic—and a little bit of Disney—is better than no magic at all.