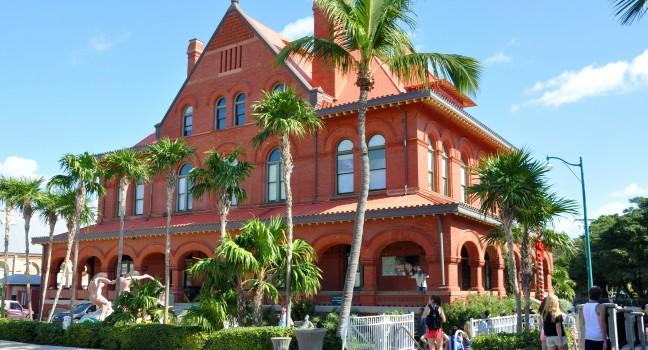 When Key West was designated a U.S. port of entry in the early 1820s, a customhouse was established. Salvaged cargoes from ships wrecked on the reefs were brought here, setting the stage for Key West to become—for a time—the richest city in Florida. The imposing redbrick-and-terra-cotta Richardsonian Romanesque–style building reopened as a museum and art gallery in 1999. Smaller galleries have long-term and changing exhibits about the history of Key West, including a Hemingway room and a permanent Henry Flagler exhibit that commemorates the arrival of Flagler's railroad to Key West in 1912.