The Cat Man of Key West has been dazzling visitors with his feline pier show since the ’80s.

With his charming French accent and his flowing gray locks, Dominique Lefort, the septuagenarian “Cat Man of Key West” isn’t your typical street performer. For one, his many assistants are typical housecats who are shockingly good performers–carrying out aerial tricks and parkour feats that have the crowd “ooh”-ing and “ahh”-ing with each daring stunt.

What Exactly Is This “Cat Show”?

For most of its existence, the show, Dominique and His Flying House Cats, has been taking place each evening at sunset on Mallory Square, the once commercial dock turned waterfront tourist attraction that now features shops and restaurants and plenty of talented entertainers vying for attention and cash tips. The likes of Jimmy Buffet and Tennesse Williams have enjoyed sunsets here and popularized the local spot. But Lefort’s show consistently draws so many visitors (about 150 each night), it’s not only been running for over 30 years, it’s been featured on Late Night With David Letterman, Animal Planet, and PBS. What are so many people lining up to watch?

The cat show is a bit of circus-y and a lot of comedy. Lefort’s set up is just a few stools and props, and the occasional audience participant (usually a delighted child). The crowd gathers around his area in what could be no larger than a 15-square-foot space. Upon opening his custom-made “cat carrier,” 3-5 of his housecats jump to position (usually one at a time) on the stools to perform various tricks ranging in difficulty. No small feats considering Lefort is working with cats: the animals leap from stool to stool on command, walk tightropes, stand on their hind legs (!), hop over an object (Lefort’s hand, other cats, said audience participant) or through flaming or impossibly small hoops. Housecats! On! Command! 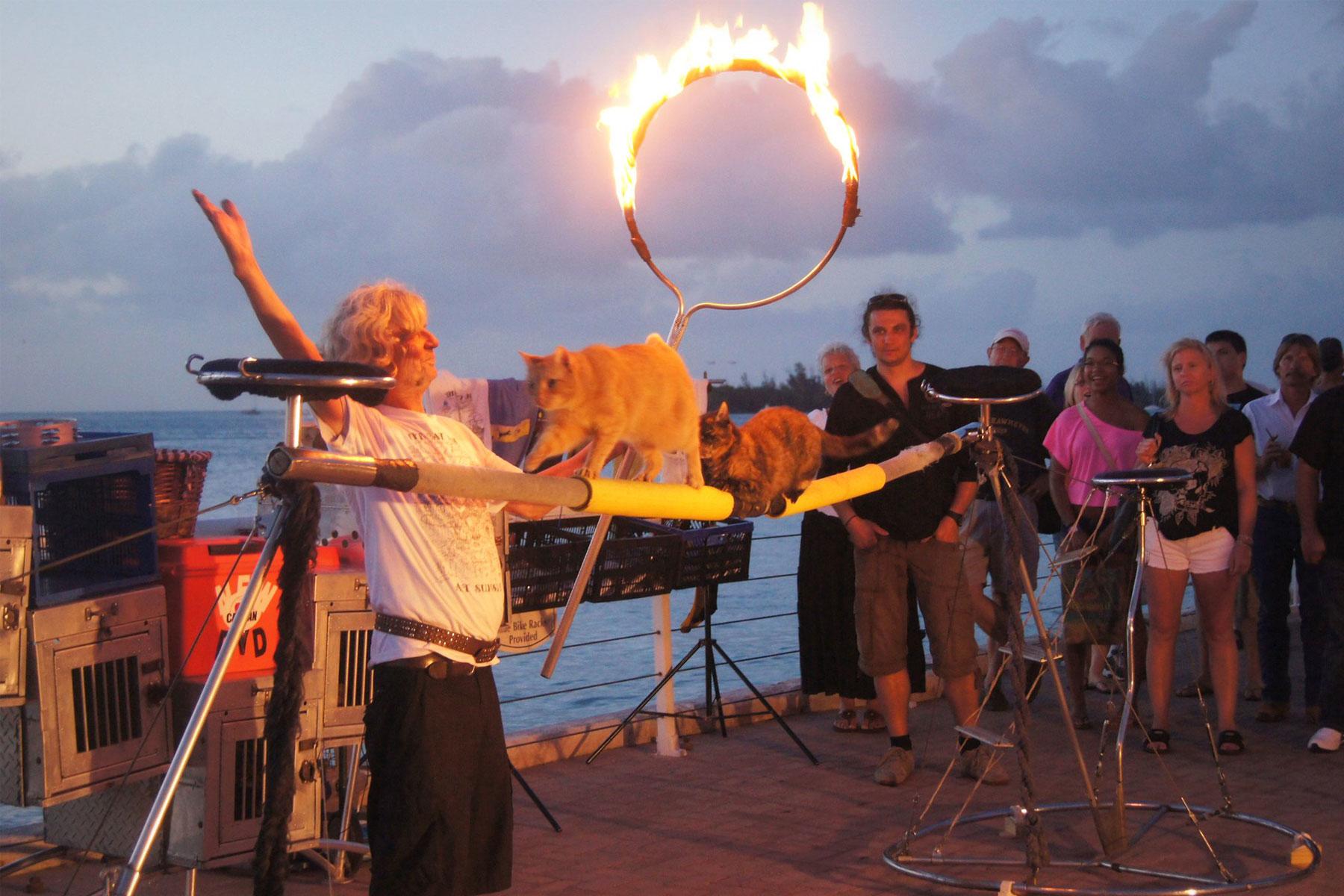 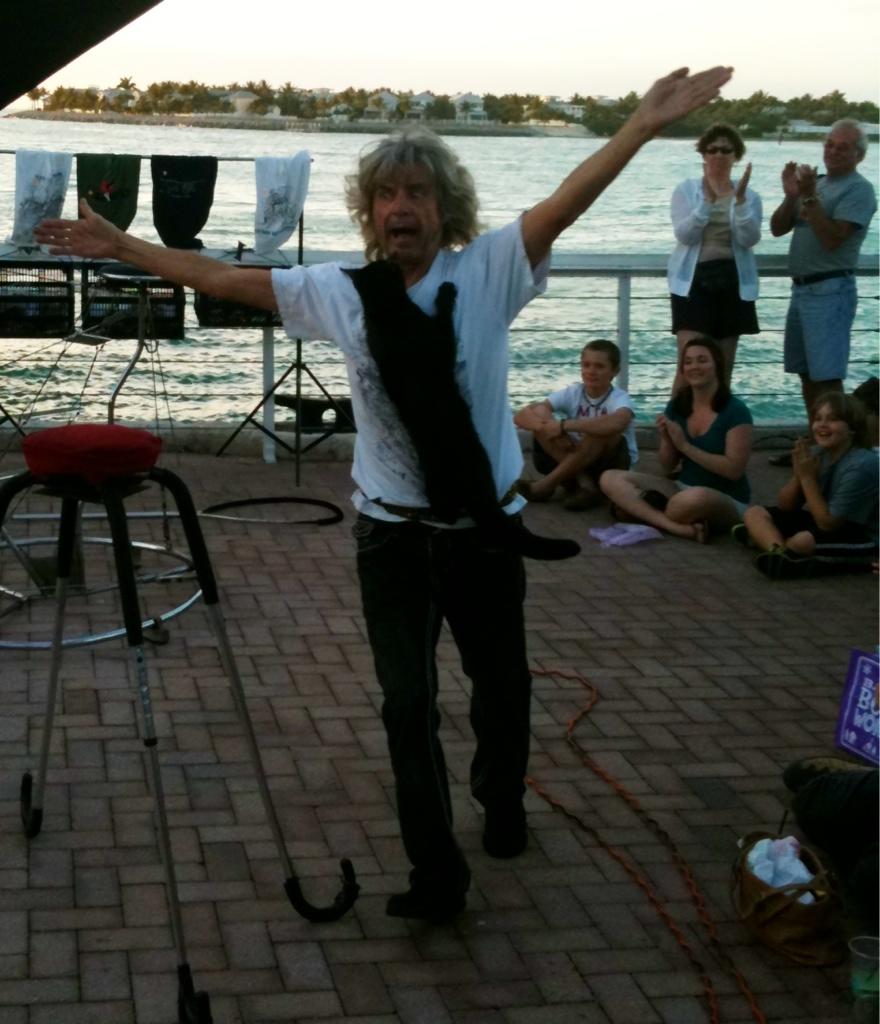 But equally as delightful is when the cats flout their commands or generally act like, well, cats, refusing to jump, stopping to scratch or bathe, or just wandering off set. Lefort’s charisma is in his recovery, doling out jokes in his flamboyantly thick accent and showcasing the physical comedy of a once-clown.

Who Exactly Is This “Cat Man”?

Dominique Lefort, now in his seventies, performs with his cats every night. Born in Brittany, France and classically trained in drama, mime, dance, opera and acrobatics, all in the hopes of someday becoming a clown. Too young to be professionally considered for the vocation (France is particular about what age you can harness the true essence of tomfoolery, and that age is “experienced”), Lefort worked in theater and circus troupes through Paris, London, Montreal, and eventually, with the draw of Disney World, Florida.

He began incorporating cats into his one-man act when his daughter received a cat as a 4-year-old.

“[My daughter] kept pulling its tail and pushing it around,” he says. “So that cat would come to me for protection. I started training the cat and figured people would be entertained by it.”

Part emcee, part lion timer, all clown, Lefort is more the star of the show than the cats.

In the early ’80s, Lefort moved his act from Disney World to Key West after a spontaneous trip to the island, where he fell in love with Mallory Square. Performing almost near-daily since then, Lefort makes his entire living off the show. The kitties earn their keep via tips as well as socks, t-shirts and the Key West Cat Man DVD for purchase.

“You have to treat [the cats] with respect,” Lefort says. “Training can take anywhere from a month to a year.”

Lefort’s cat show has since moved from Mallory Square, and he now performs regularly at Westin Pier for Sunset Celebration (part of the Margaritaville Resort), adjacent to the iconic waterfront. He continues to perform two shows a night, the first an hour before sunset, the second immediately following the dusk.