What really shines in the Sunshine State? Cuban flavors and fresh seafood.

Florida’s melting pot of cuisine makes for one of the most intriguing dining scenes in the country, drawing some of the world’s best chefs to its shores. Influences from the influx of Spanish, Cuban, and Latin American settlers have inspired the state’s spice-driven signature dishes, which range from fresh blackened mahi-mahi to deep-fried gator tail—an Everglades special. Nearby states consider Florida to be closer to the Caribbean than the Deep South (thus the creation of “Floribbean” cuisine), but that doesn’t mean you won’t find southern staples like shrimp and grits sprinkled on menus in between classics like conch fritters and Cuban croquetas. Here are 14 dishes you should absolutely try on your next trip. 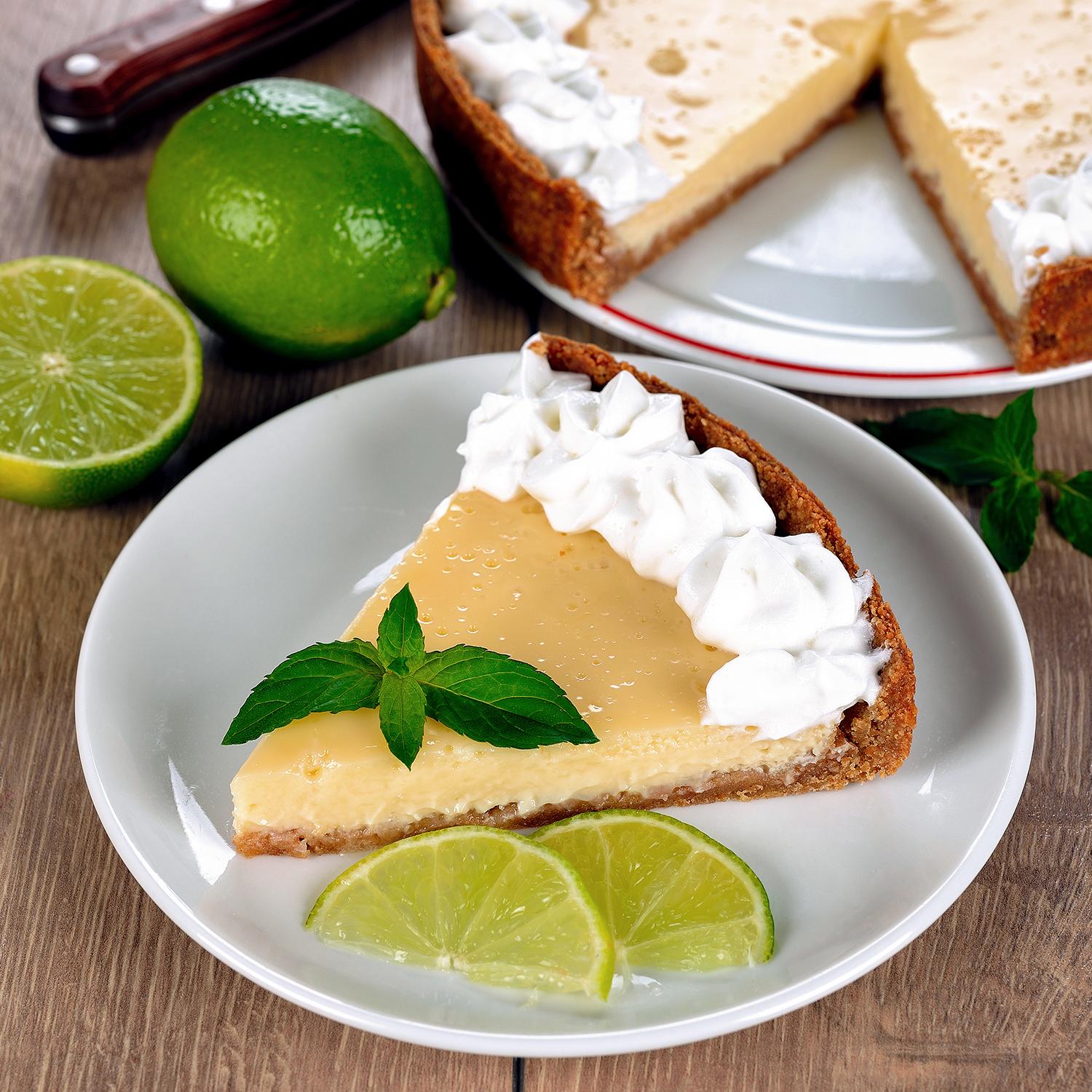 Florida’s official state pie was first baked in the 1860s in Key West, where local Key limes add to the dessert’s characteristic tangy taste. Legend has it that a cook named Aunt Sally invented the condensed milk-heavy confection for her boss, William Curry, the state’s first self-made millionaire. While the recipe has been refined over the centuries since, the three main ingredients—Key lime, egg yolks, and sweetened condensed milk—haven’t changed. Treat yourself to a slice (or an ice cream version dipped in chocolate and frozen on a stick) at award-winning Blonde Giraffe Key Lime Pie Factory. 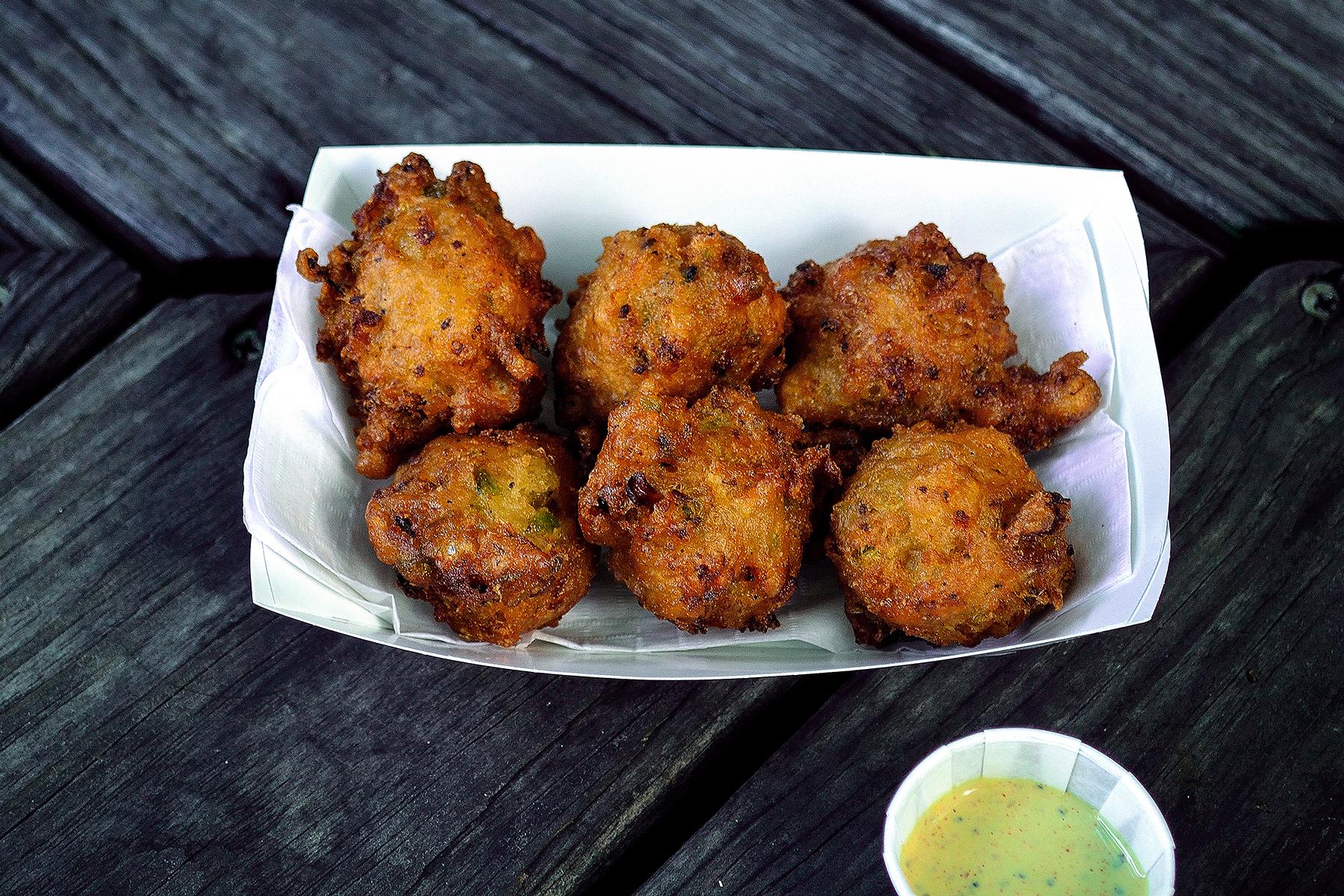 Deep-fried conch fritters may have started further south in the Bahamas, but this popular appetizer dish (typically served alongside tartar sauce) has become a favorite in Florida, especially in the Conch Republic of Key West. Pull up a stool at The Conch Shack on Duval Street and sample what’s been deemed some of the city’s best, with battered balls of cracked conch paired with Key lime aioli sauce. 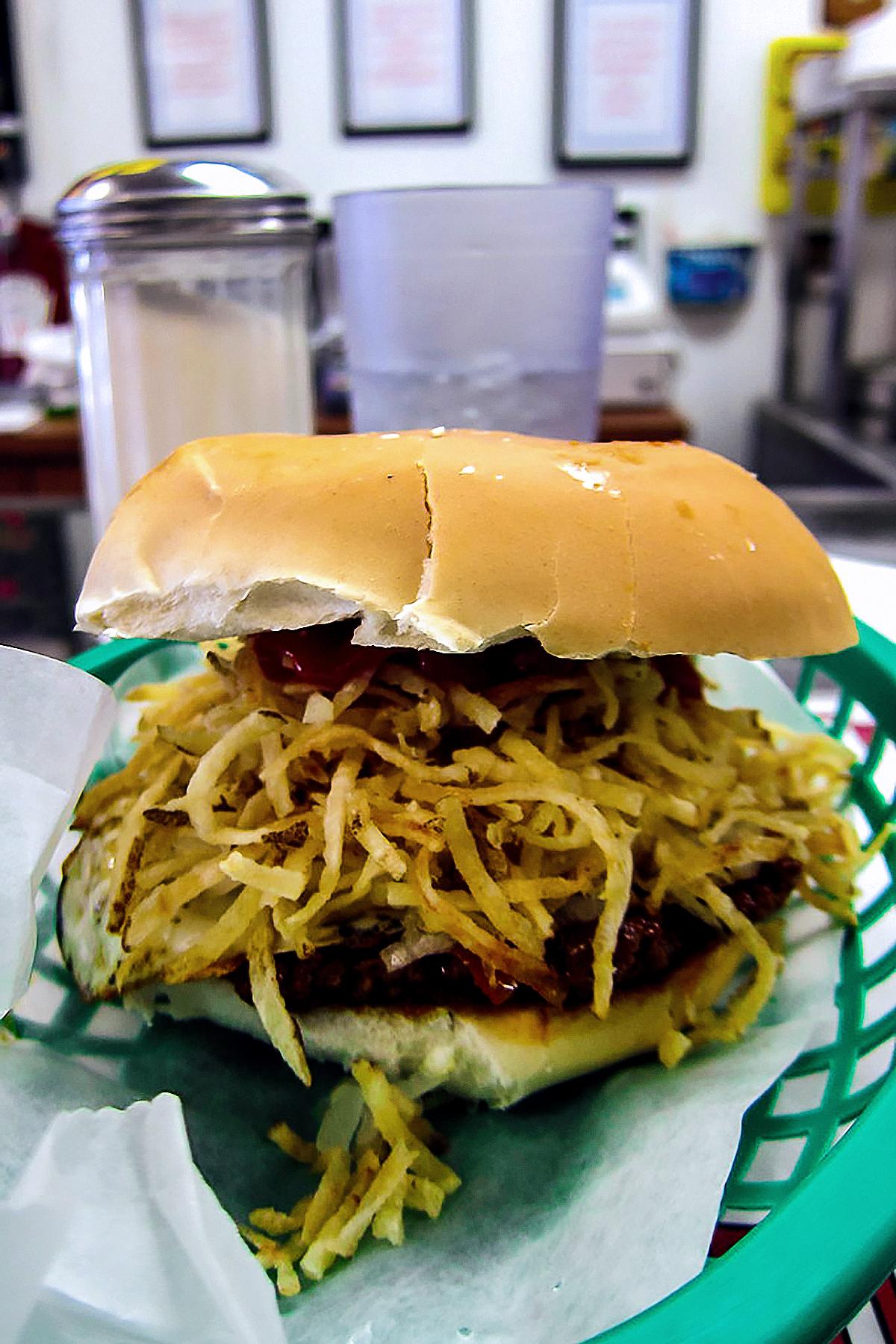 Better known as the Cuban hamburger, fritas cubanas are as quintessentially Miami as South Beach. Inspired by Cuban street food, stands across town serve up the signature sandwich in a similar style as back in Havana: a crisp bun stuffed with paprika- and cumin-seasoned ground beef, topped with shoestring potatoes and chopped white onions. One of the must-try spots in Miami: Little Havana fast-food fave, El Rey de las Fritas. 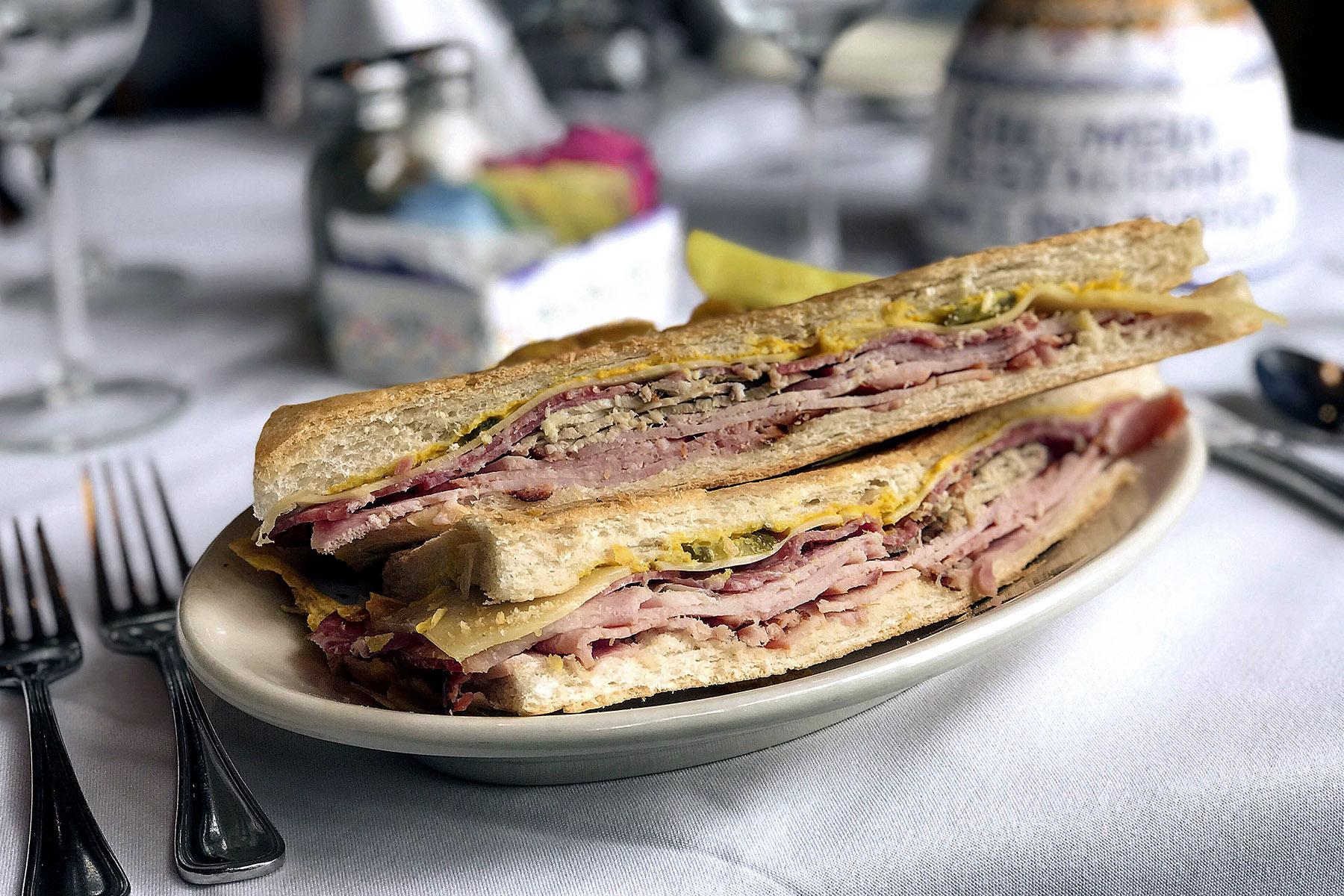 PHOTO: Courtesy of Columbia Restaurant
4 OF 14 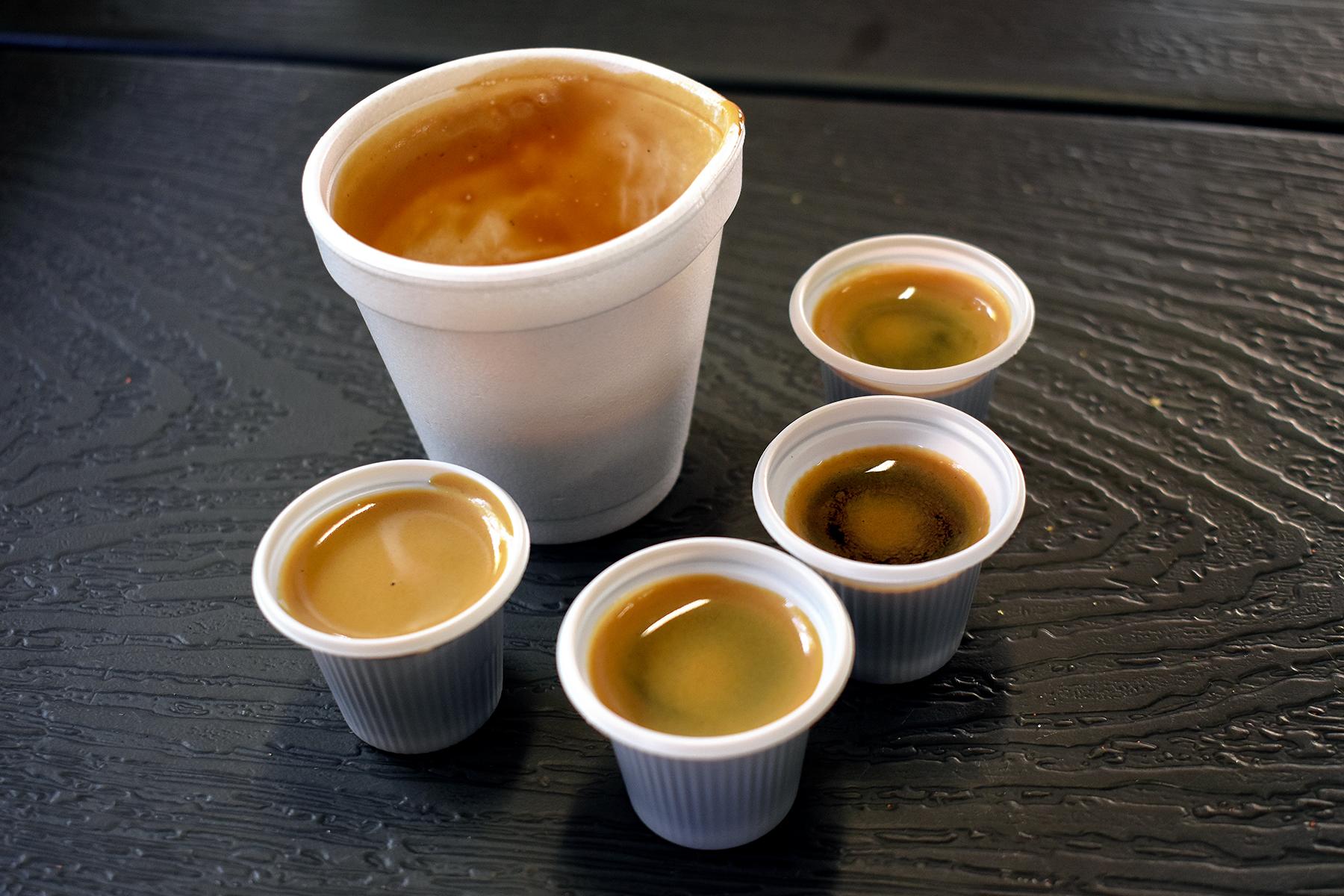 Cuban coffee, or cafecito, is what locals in Miami drink as an afternoon pick-me-up. Hailing from the neighboring island, the strong, espresso-based Cubano packs a powerful punch thanks to the heavy-handed sugar whipped in. You’ll find dedicated cafecito windows, or ventanillas, selling Cuban coffee around Miami, especially in the Little Havana neighborhood, home to one of the most famous—Versailles. 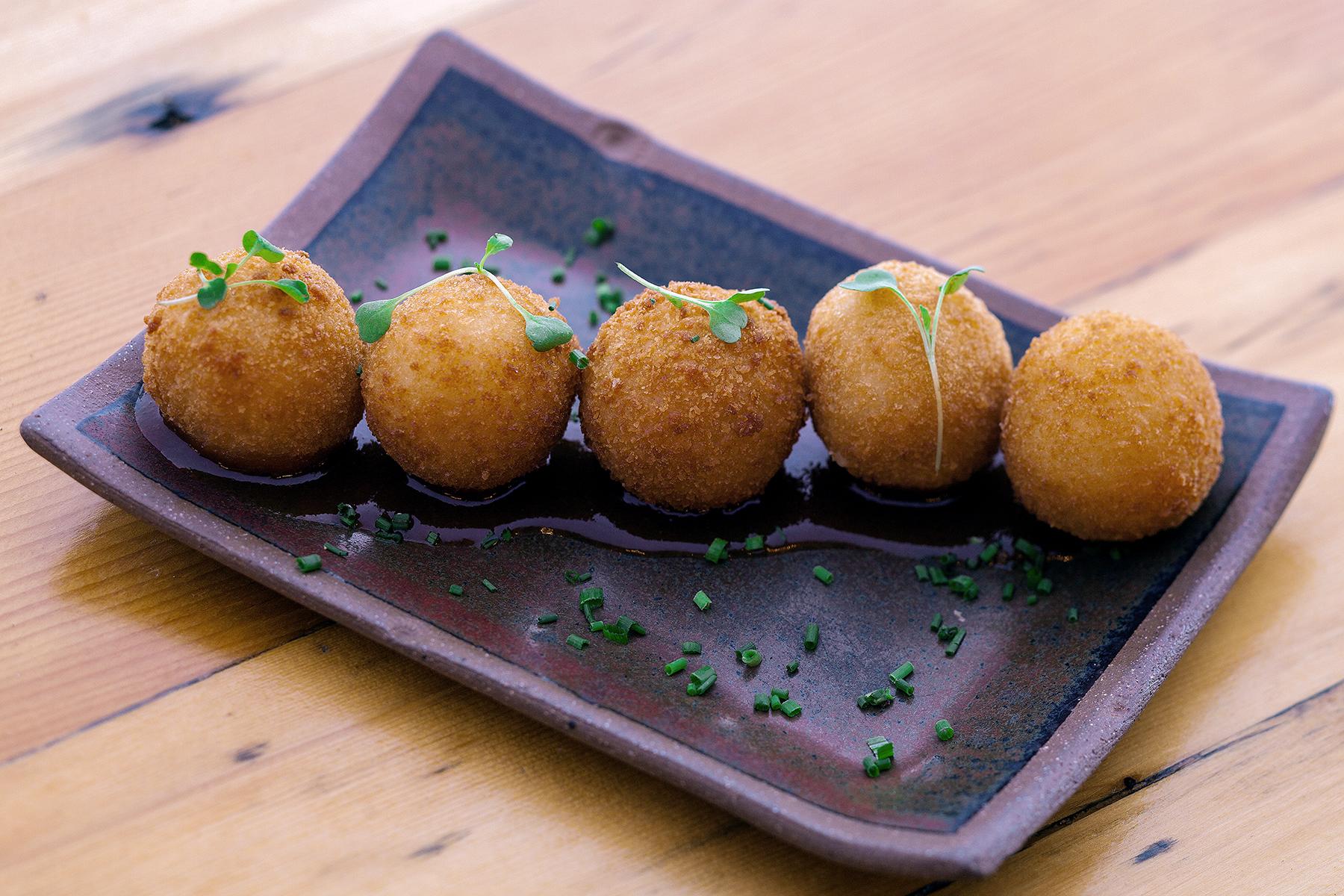 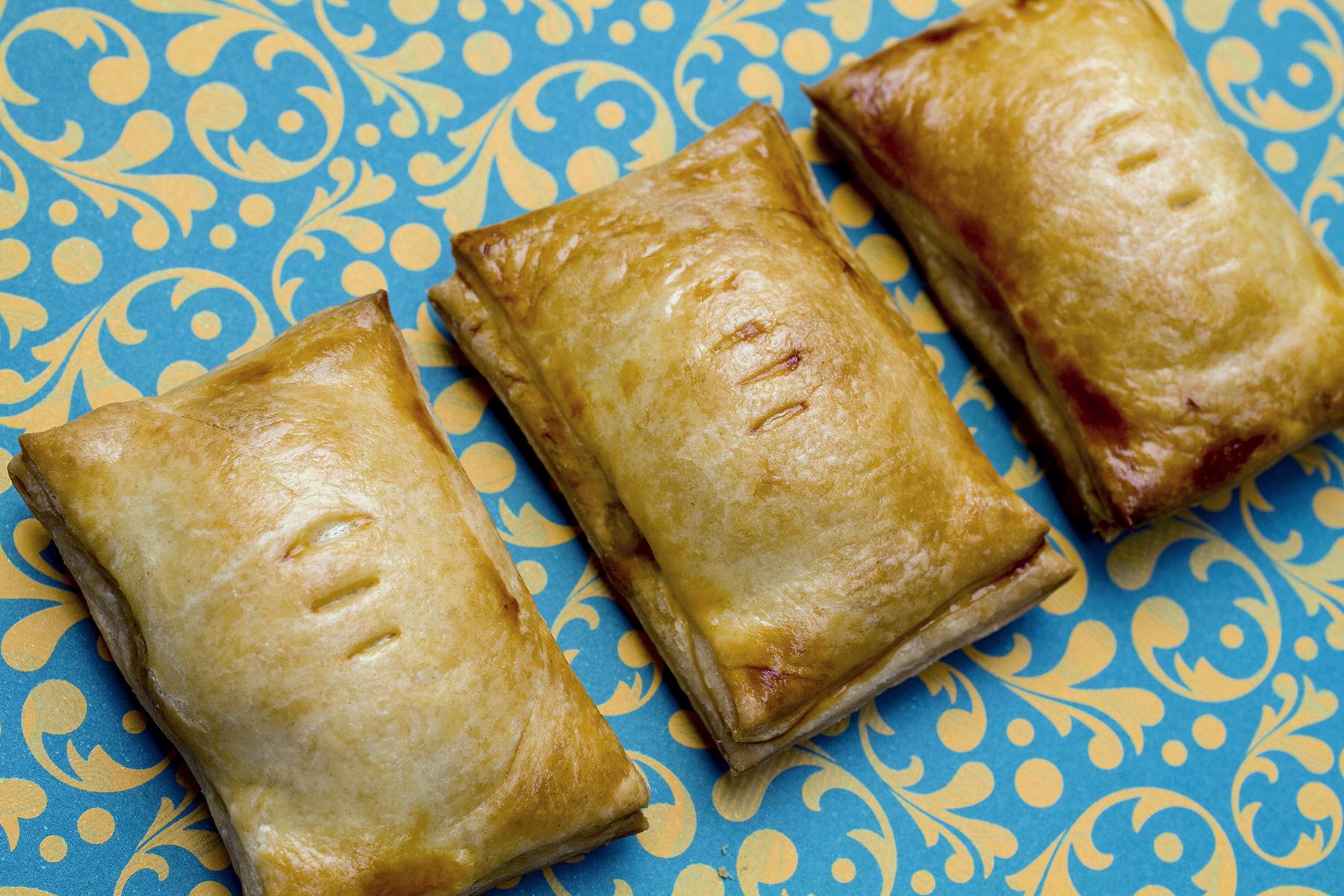 Step into any Cuban bakery in Miami and you’ll spot turnover-like pastries, or pastelitos, proudly displayed (and just as quickly devoured). The puff pastry sweets are as critical to breakfast here as croissants in Paris, with flavors ranging from savory ham to sweet guava and cream cheese. Order one of the flaky confections at family-run shops like La Rosa Bakery, where five Cuban-born brothers have revived their great-grandfather’s recipes. 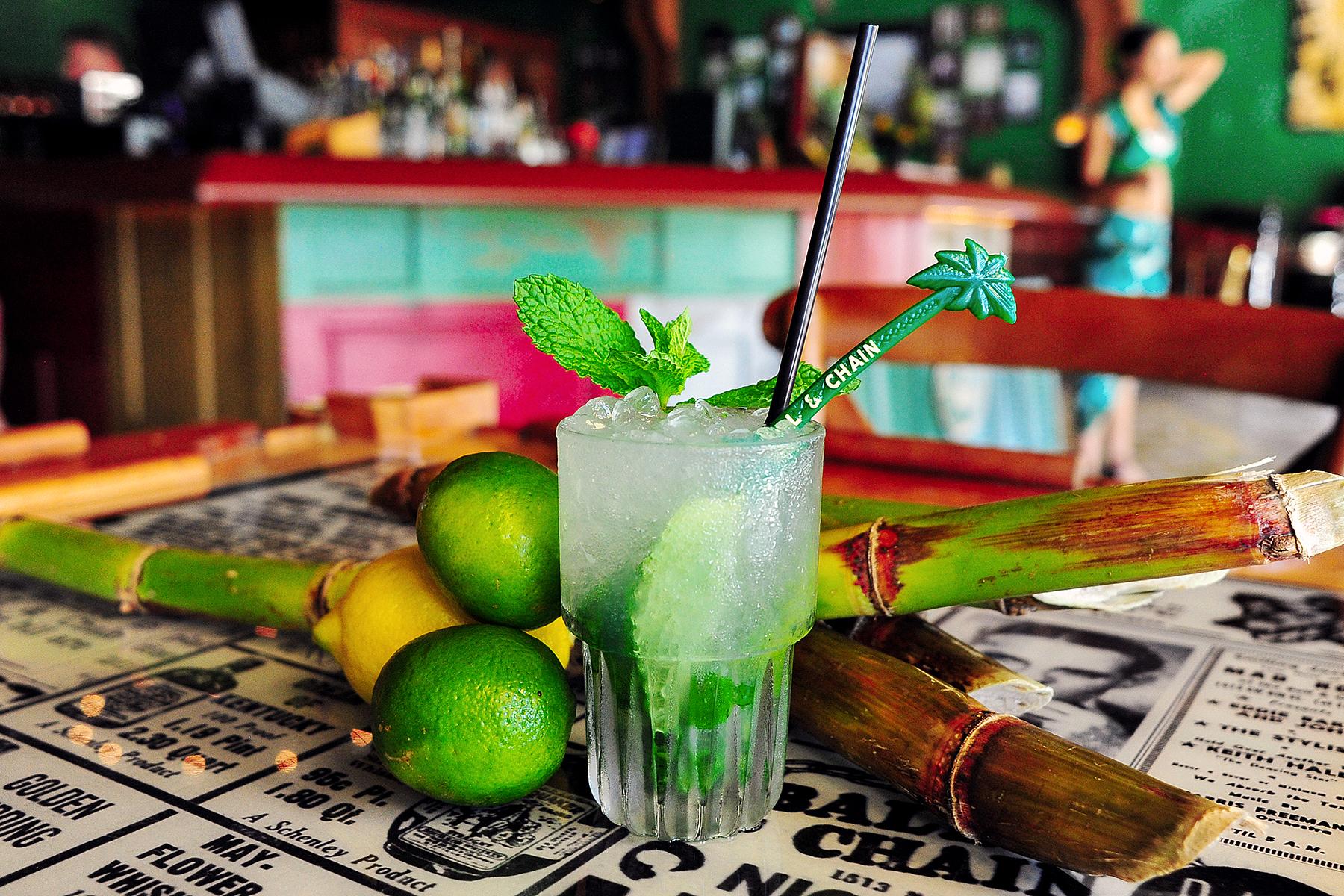 Warm weather practically begs for cold, summertime cocktails, so it’s no surprise the classic Cuban mojito is referred to as Miami’s unofficial drink. The recipe is easy: a blend of white rum, fresh mint sprigs, sugar, and a splash of club soda; but that doesn’t mean all mojitos are created equal. If you’re going for something traditional, head to the bar at Ball & Chain in Little Havana or order a mojito so memorable, it’s earned an award like the one at Ortanique on the Mile in Coral Gables. 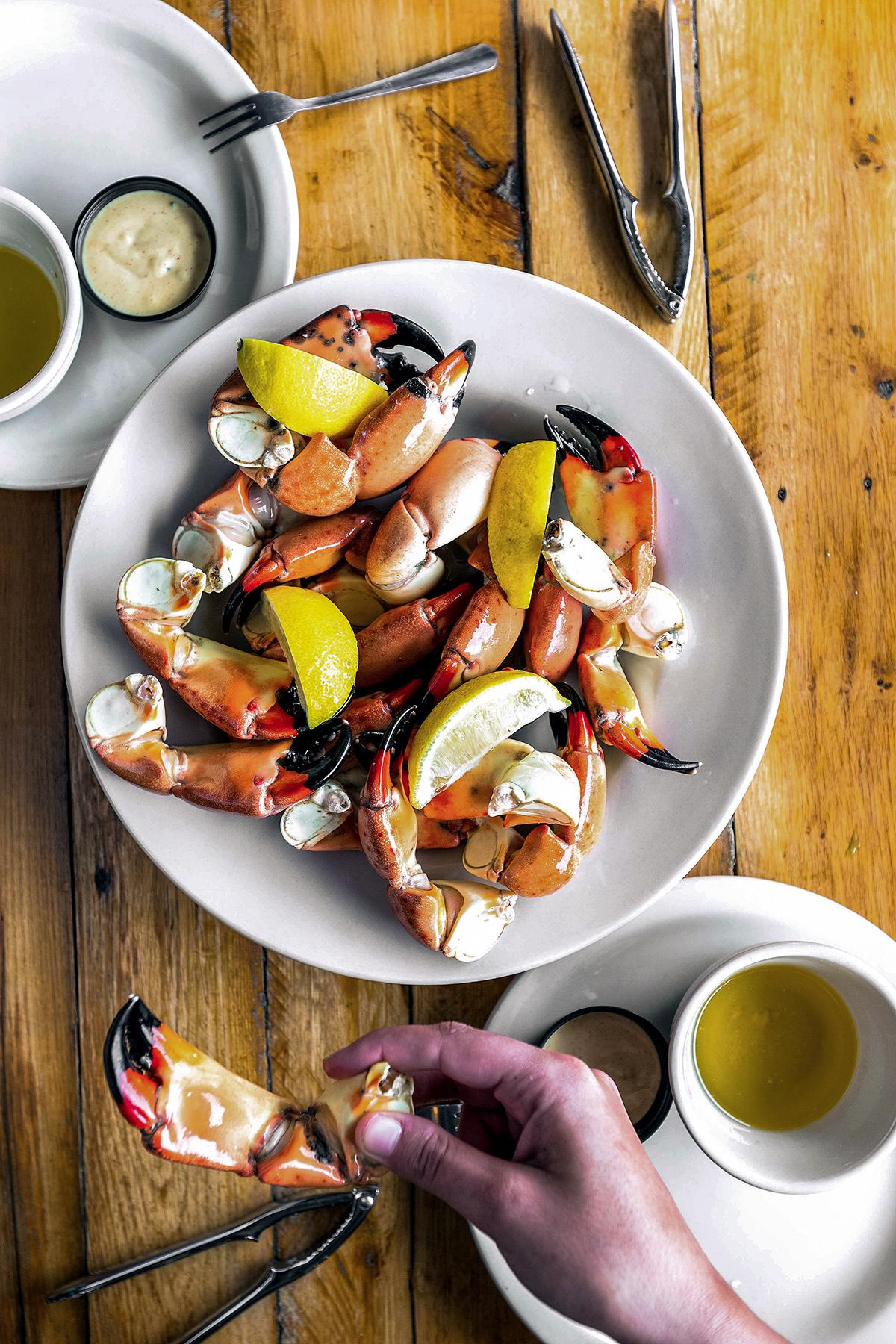 Stone crab season runs from October through May, and this is the time you’ll find the claws served at seafood spots throughout South Florida. Claws are presented in a similar style to peel-and-eat shrimp, with crackers to help break through to the meaty flesh. The signature mustard sauce at Joe’s Stone Crab has helped make the state’s shellfish world-famous. 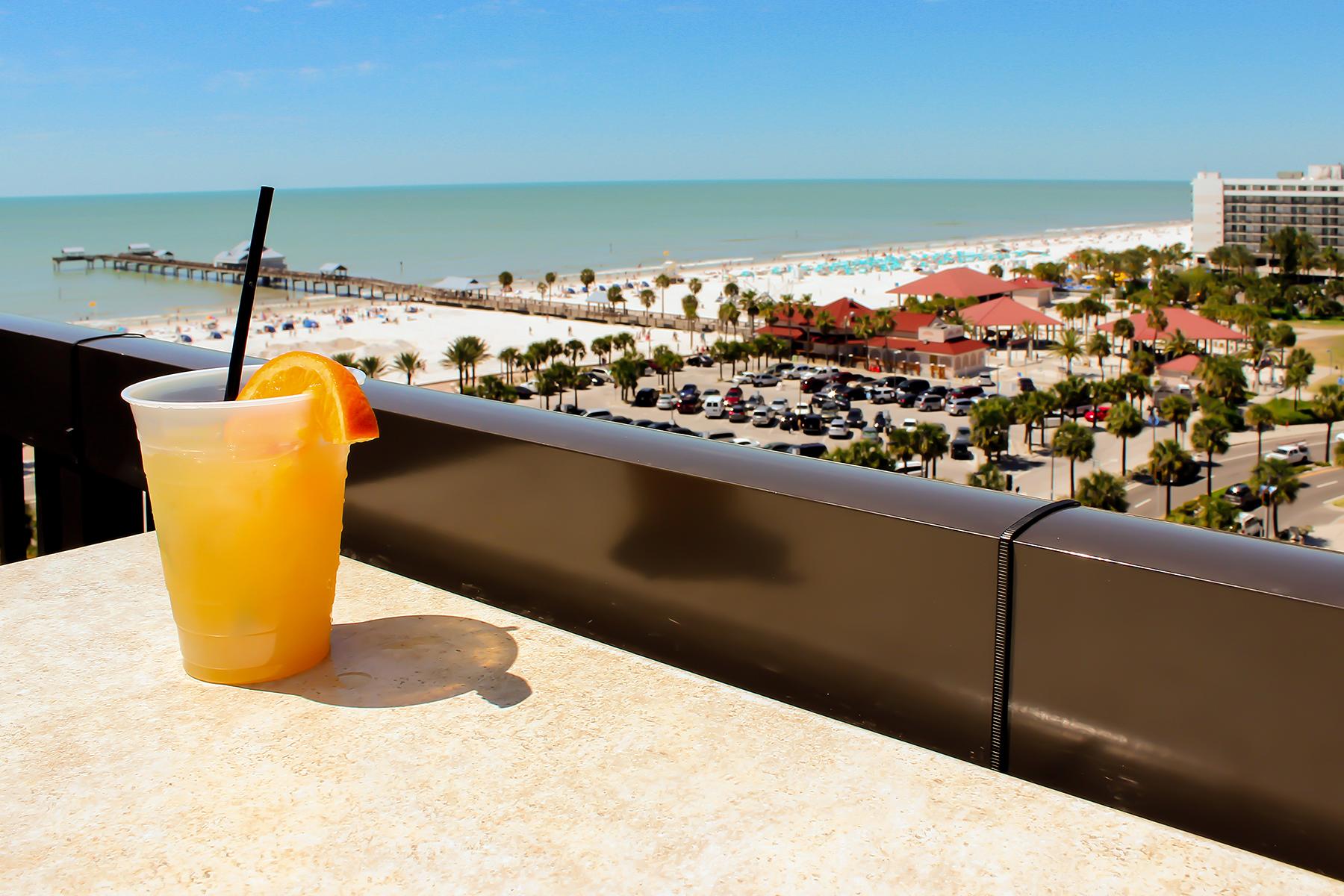 During the Second World War, orange juice skyrocketed into a multi-million-dollar industry as a way to give foreign-based American troops a major boost of vitamin C. This led to OJ’s status as a breakfast staple—and designation as the state’s official beverage. Of course, you can sip boxed, supermarket versions like Florida’s Natural, but for a taste of the fresh stuff, stop at roadside stands like Bob Roth’s New River Grove, which ships thousands of pounds of locally plucked citrus across the country. 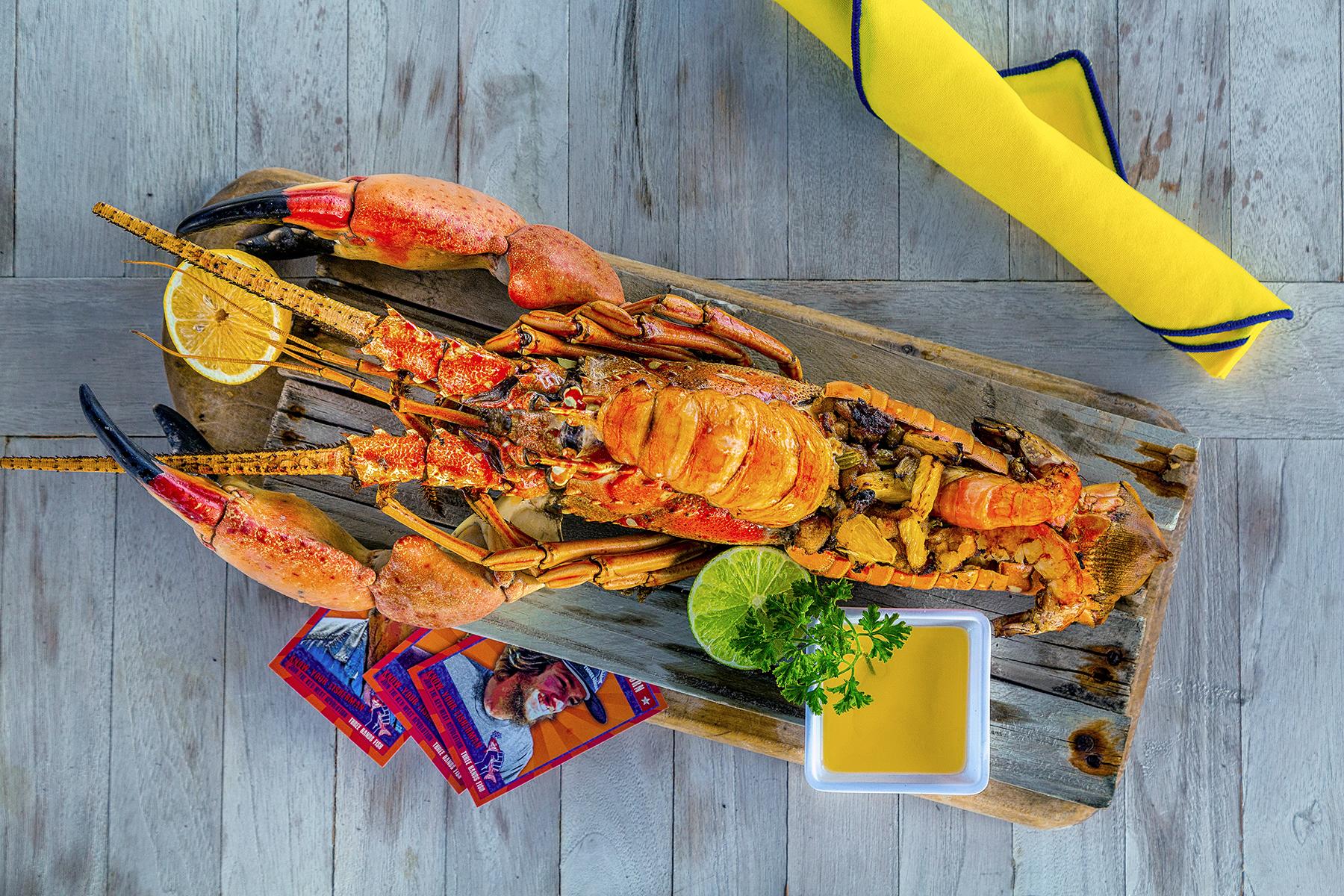 Rock (or spiny) lobster is Florida’s answer to the more traditional type you’d find up in Maine. The best way to eat the tender tail meat is grilled and drizzled with rich garlic butter. For fresh lobster, head to The Stoned Crab in Key West and order the Baked Half Key West Lobster, served in a marinade just as local—Florida shrimp sauce. 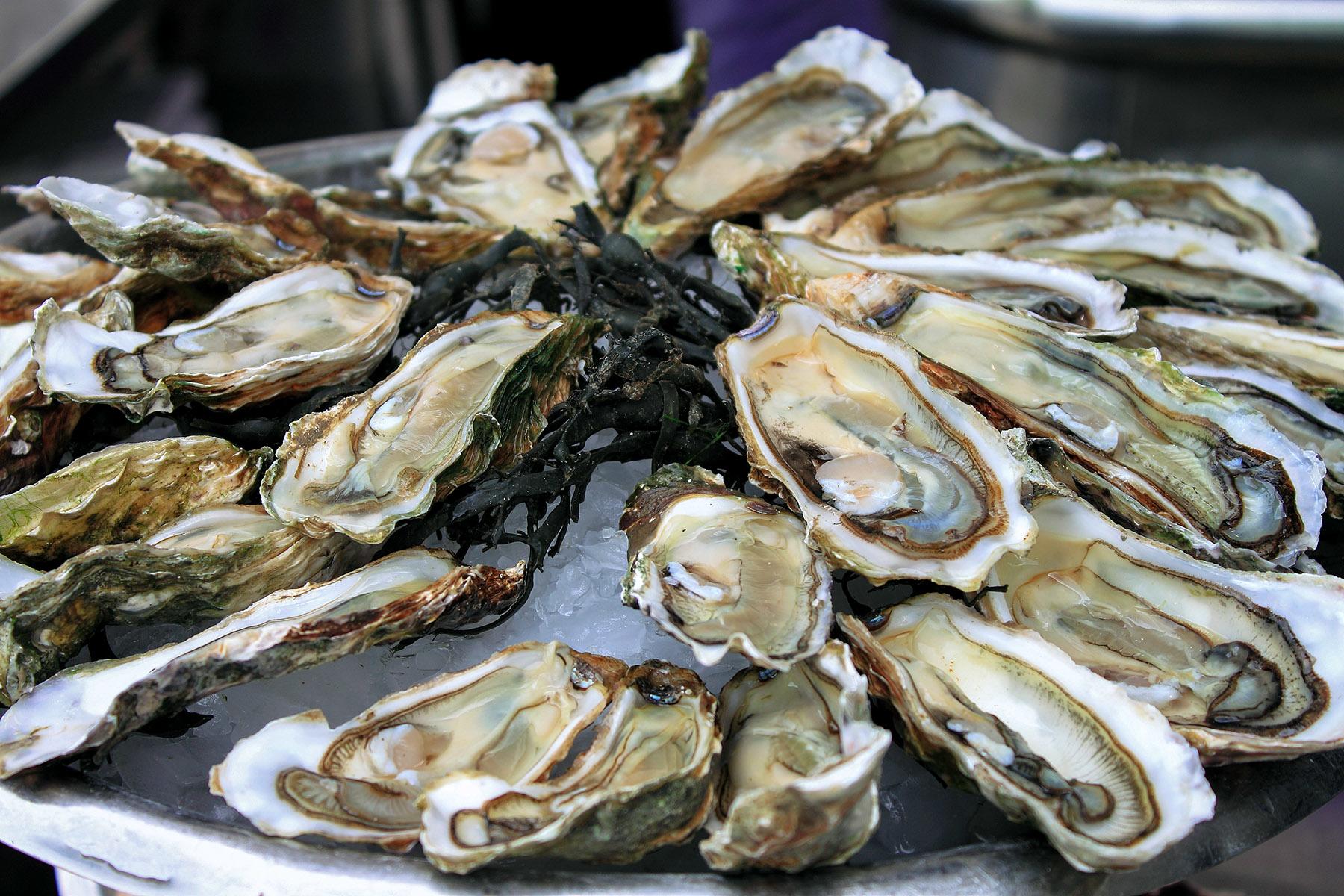 Slurp down a dozen raw Florida oysters right from the source in the Apalachicola Bay, where 90 percent of the state’s shellfish are produced. The warm-water Gulf oysters can be eaten year-round at popular oyster shacks like Gene’s Oyster Bar in Panama City or Dave’s Oyster Bar and Grill in the Panhandle, where they’re served chargrilled, steamed, or baked with shredded parmesan and spicy Cajun seasoning. 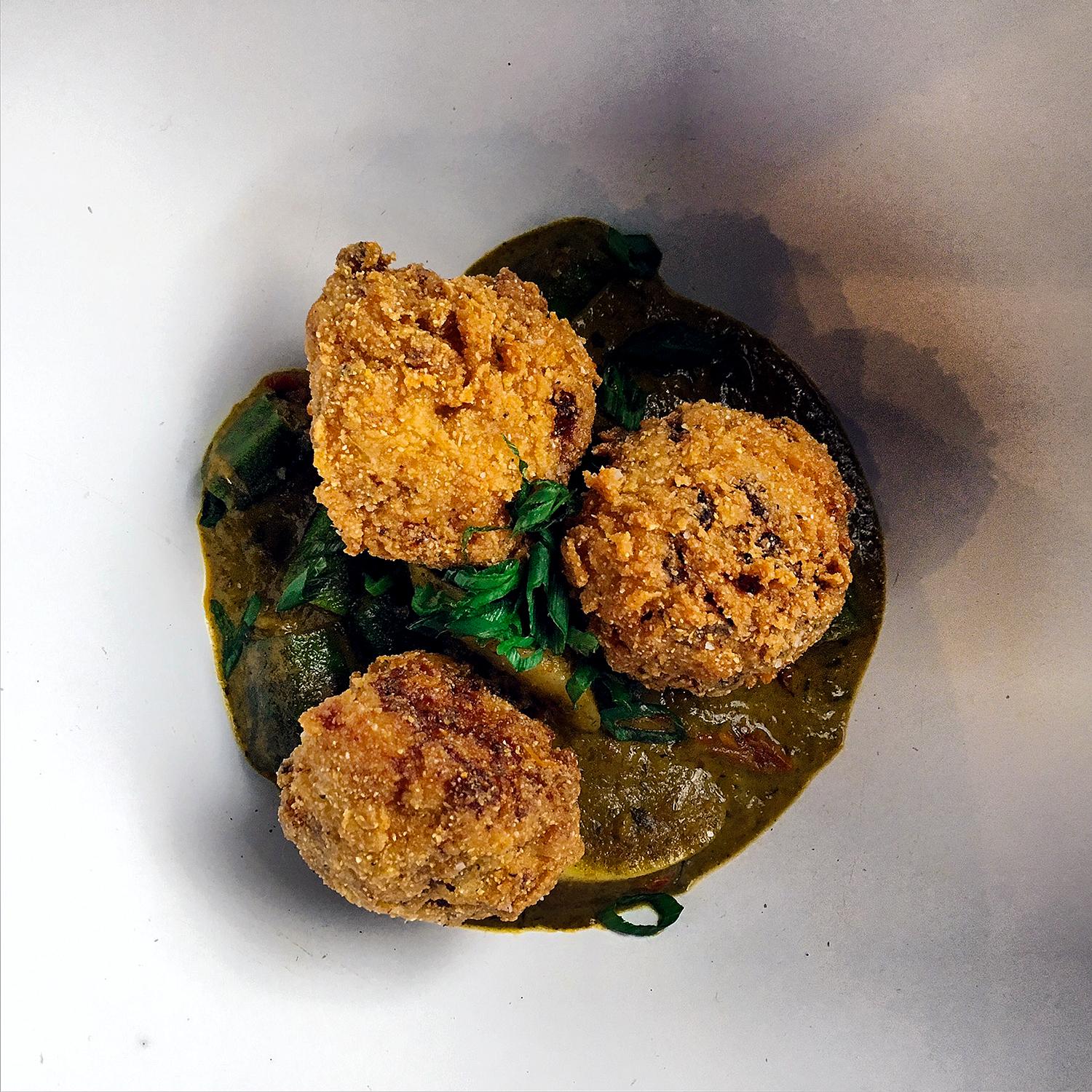 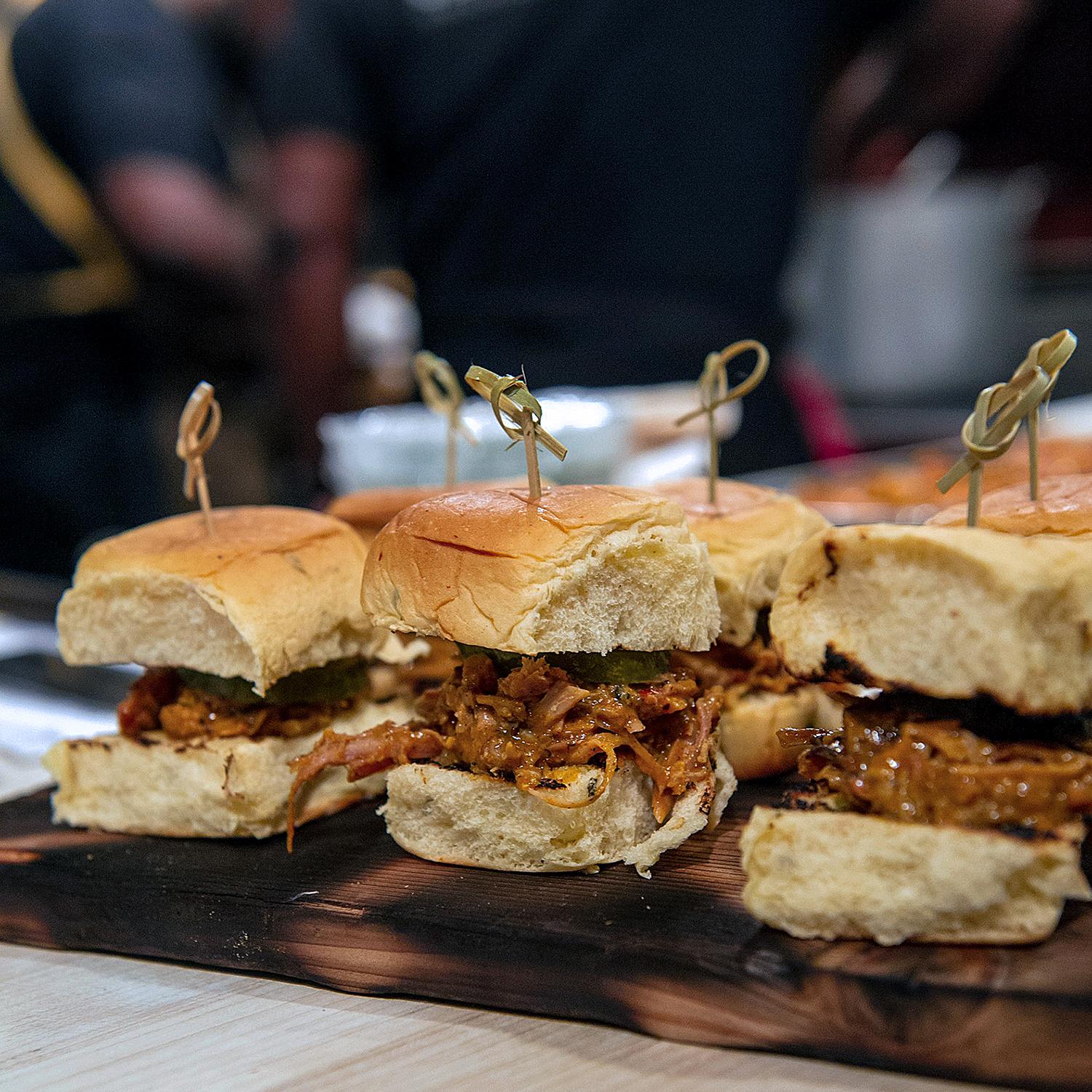 PHOTO: Courtesy of Gilbert's Underground Kitchen
Previous Next
13 OF 14

Just as frog legs have become synonymous with France, gator has become a Florida specialty. Bite-sized, deep-fried pieces of tail (which are more appetizing than they sound) are served up as nugget-style snacks in the Everglades at Swamp Water Café (a memorable ending to an airboat ride), while southern-style eateries like Gilbert’s Underground Kitchen in Fernandina Beach offer revamped versions of classic bar fare like alligator rib sliders slathered in BBQ sauce. 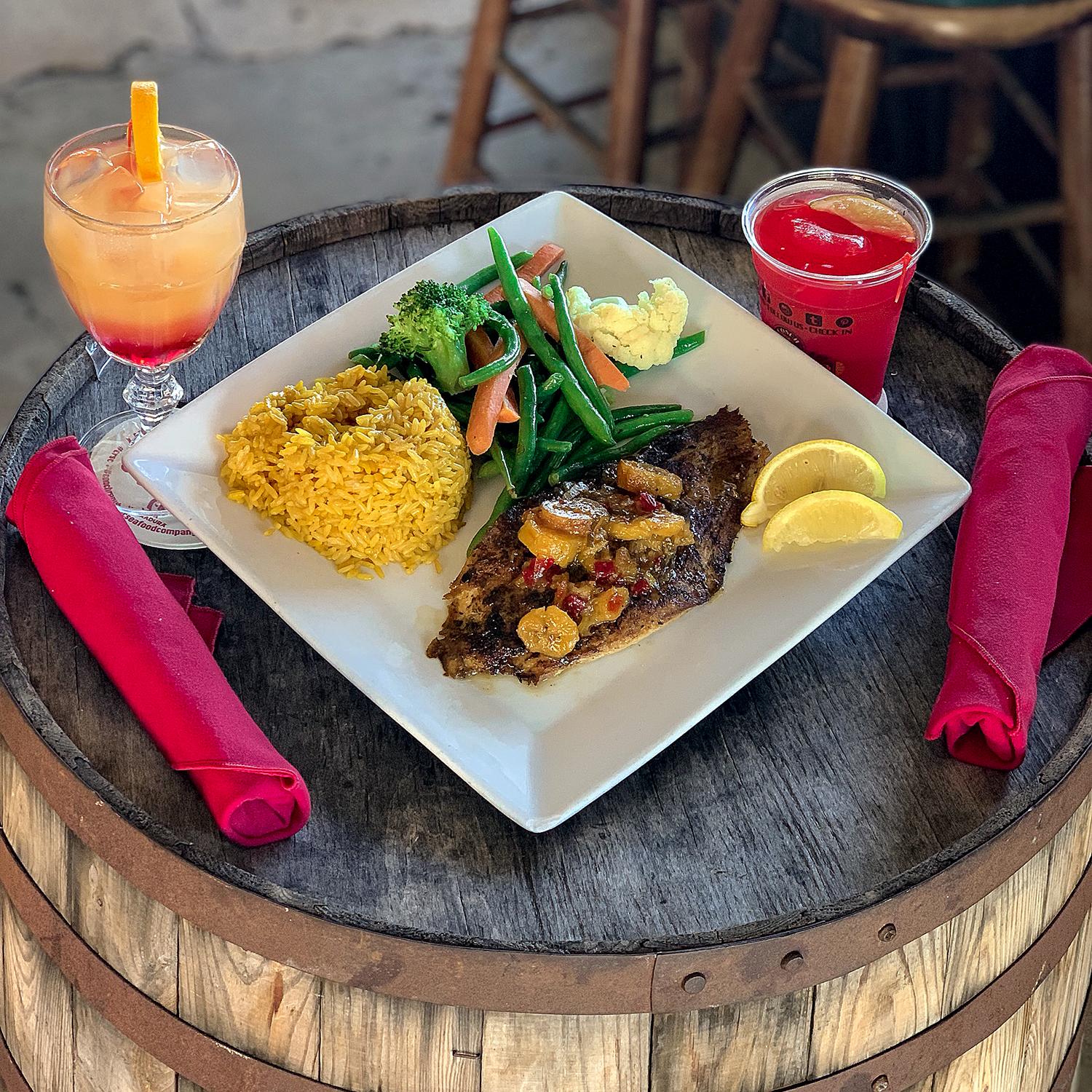 Mahi-mahi (aka dolphin fish) are often caught along the northeast coast near Jacksonville and St. Augustine, where restaurants serve filets blackened with Cajun spices. If you’re in Key West, it’s worth taking a seat along the water at Conch Republic Seafood Company, where mahi-mahi is prepped fresh off the boat and topped with plantain chutney.