New Haven, Mystic, and the Coast 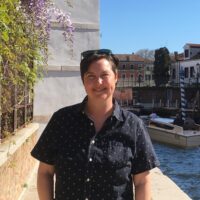 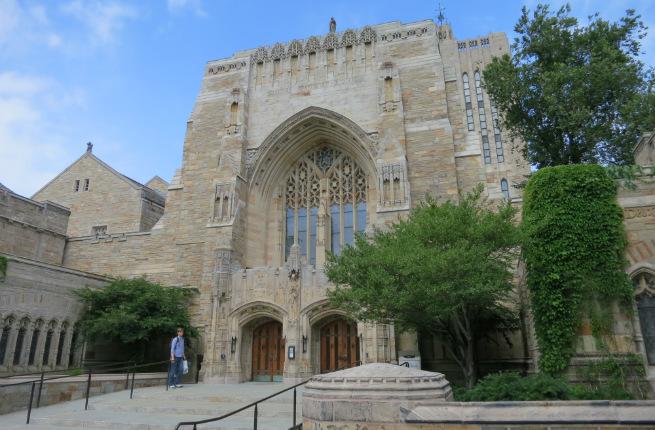 On the surface, New Haven seems like a modest New England town, complete with shady lanes, cute cafés, and historic buildings that conjure visions of colonial Connecticut. It doesn’t take long, however, to realize the cultural and culinary explorations that await. Much of what strikes a first-time visitor is related to Yale University, the cornerstone of New Haven’s economy and the root of its remarkably vibrant arts scene. Dive deeper and discover that the city itself is a great story, full of both character and characters for whom this centuries-old harbor town holds a special, uniquely American kind of pride. 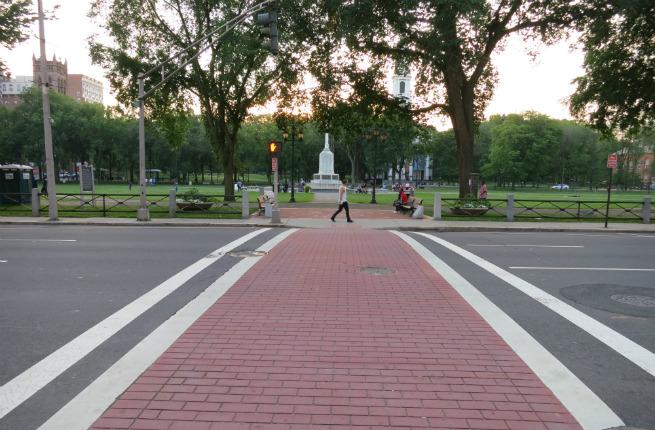 New Haven makes for a great long weekend, clocking in at two hours from both Boston and New York City. Its two train hubs—Union and State Street Stations—are served by multiple railroads including Amtrak and Metro-North. Tweed Regional Airport, Megabus, and other transit lines are just a fifteen-minute drive from the city center.

There are several hotels of varying sizes in this college town. Remember to book well in advance, as they fill up fast among well-attended, year-round festivals and events. Outside of familiar chains and a few indies, the Omni New Haven Hotel is the go-to high-rise just off the town green. The Study at Yale, however, is the design-forward option just up Chapel Street. 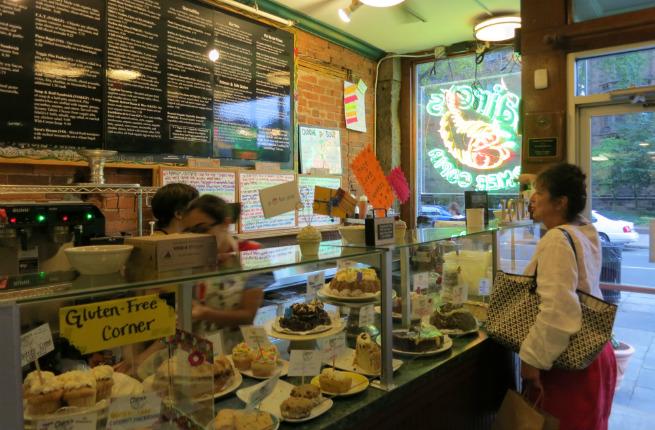 For lunch, head to Claire’s Corner Copia to taste test a New Haven institution. Owner Claire Criscuolo opened this vegetarian eatery with her husband Frank in 1975. Today the bustling, casual restaurant is a true prize in the heart of town, serving award-winning quiche, soup, and desserts (the signature Lithuanian coffee cake is the stuff of legends). And it’s not just delicious, but also easy on your conscience. Claire uses organic, sustainable ingredients, along with vegan, kosher, and gluten-free dishes. 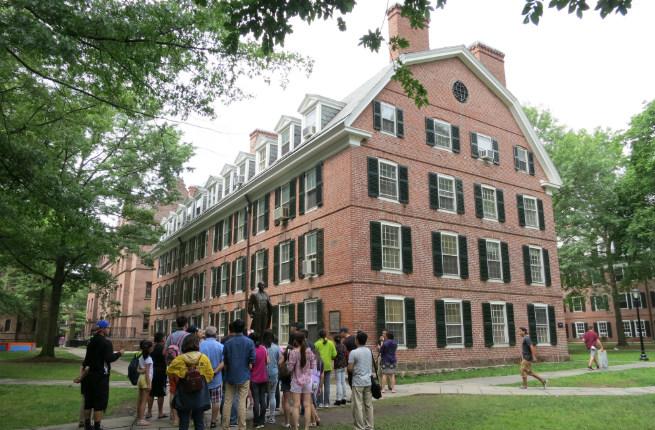 In the afternoon take a Yale campus tour. Free and open to the public, the student-led tours leave from the Elm Street Visitor Center weekdays at 10:30 a.m. and 2 p.m. and weekends at 1:30 p.m. For about an hour, you get an overview of the campus layout, history, notable artwork, and some of Yale’s architectural gems. The school has an impressive roster of famous people who gained their higher education on this storied campus, which dates back to the 1640s. Not many institutions can claim their influence on names like Morse, Whitney, Bush, Clinton, Streep, Buckley, and countless other high achievers. 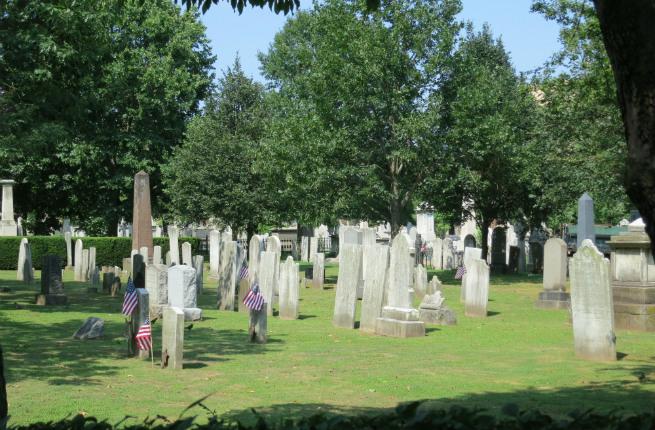 That said, you can actually get closer to some of those trailblazers at the Grove Street Cemetery. On the north side of the main Yale campus, the cemetery is a meditative ground laden with legacy. It’s a lovely place to roam or to catch a free weekend tour.

It’s a nice surprise when a hotel restaurant exceeds every expectation. The Study’s Heirloom Restaurant pulls off seasonal farm and coastal cuisine in a polished, mod setting. Dinner prices are reasonable (even more so for brunch and lunch) considering the fresh, local ingredients like Connecticut-sourced produce, shellfish, and meats. Come prepared for impressive wine and cocktails and don’t miss the “warm local ricotta” with thyme and truffles. 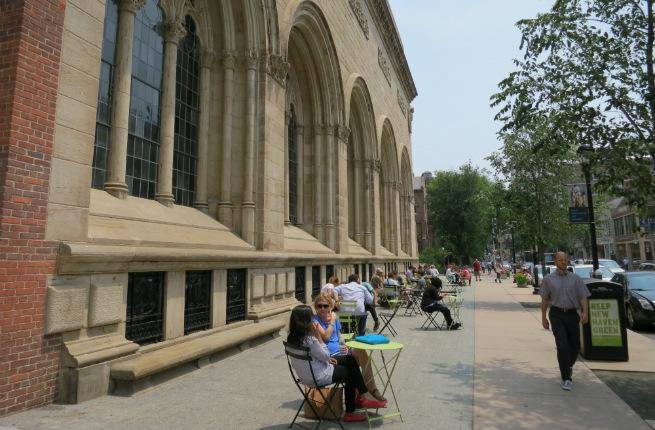 New Haven is a city of firsts. Many inventions and companies were born in this wee metropolis of just 130,000. (The population swells to about 200,000 once school resumes.) Among the world-shaking innovations are the Frisbee, cotton gin, automatic revolver, and the first telephone exchange. Food is obviously big here too, with the hamburger, lollipop, and Culinary Institute of America all rooted in New Haven’s heritage.

You’ll learn about these and many other facts on a very filling Taste of New Haven tour. Founder, guide, and native Colin Caplan and his team offer group tours mainly on weekends, though private and custom tours are available (and affordable). They focus on different neighborhoods and themes, including a bike tour and a Halloween-appropriate “Trick or Eat Spooky Tour.” But Caplan’s real expertise is in famous New Haven pizza—or as it’s locally known, “apizza” (pronounced “a-bizz”). 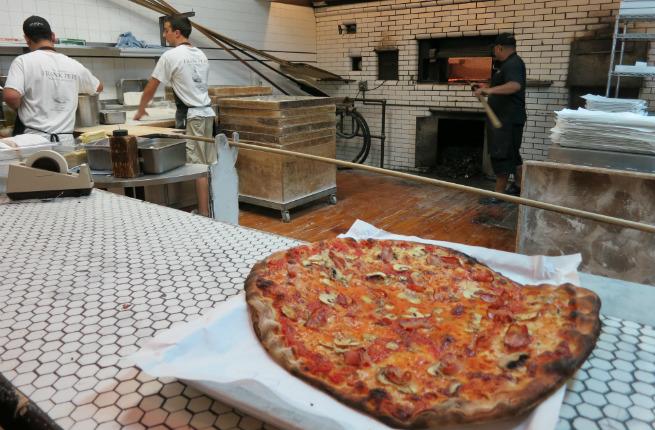 Catch the company’s Wooster Square tour. It varies a little but usually starts from Little Italy, at the famous Frank Pepe Pizzeria Napoletana (est. 1925) to sample traditional tomato or white clam pies or more modern variations straight from its enormous coal-fried brick oven. This is just one of the vintage Italian eateries on Wooster Street, where you can hear locals debate all day about which apizza is the best. Some lean toward supremely old-school joints like Pepe’s, nearby Sally’s Apizza, or Modern Apizza; others go for new-school artisan pies from Da Legna. 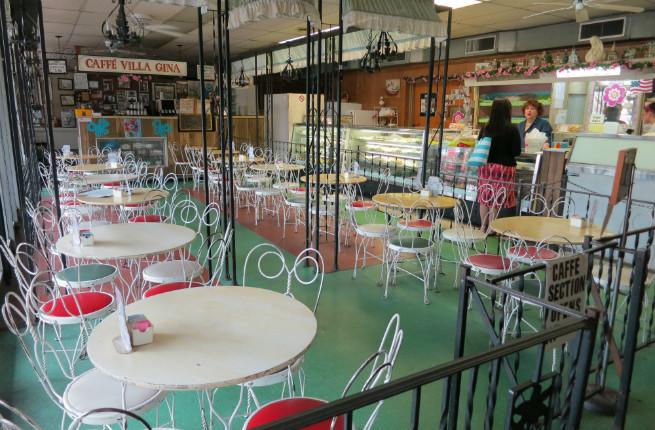 Clear your pizza palate with Italian ices from Libby’s, whose vintage décor appears trapped in the ‘60s even though it dates back to 1922. Its ices are divine, and you can take the cannoli to go. Back toward the city center, sample everything from tantalizing take-out Indian at Tikkaway Grill (don’t be surprised when it becomes a national chain) to fresh handmade breads and pastries at G Café to tasty empanadas and mojitos at Zafra Cuban Restaurant and Rum Bar. 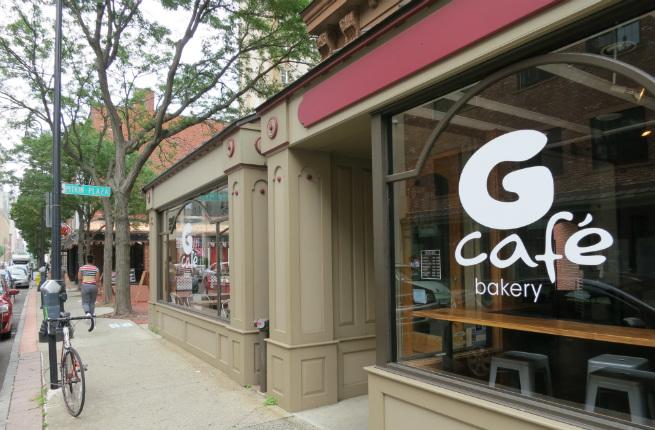 Theater is serious business in New Haven, where Yale School of Drama graduates like Paul Newman, Liev Schreiber, Jodie Foster, Frances McDormand, and so many more learned the entertainment ropes—a good number of them blazing a path to the Academy Awards. Saturday is a good night to take your pick of plays at the sophisticated Yale Repertory Theatre or the award-winning Long Wharf Theatre or a showy touring production at the historic Shubert Theatre. Who knows what future Oscar winner will take the stage during your long weekend.

Duck into the Owl Shop for a post-theater nightcap and cigar. It’s got sidewalk seating in warm weather, and its interior still owns that sexy 1930s-era, dark wood charm. If you miss it tonight, stop by tomorrow for daily happy hour from 5-7 p.m. and check the calendar for the live-music lineup. 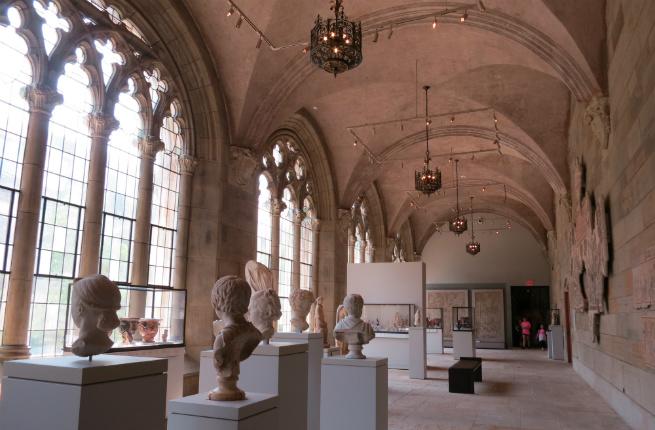 A hearty brunch awaits at Harvest Wine Bar, where $18 prix-fixe brunches bring you two courses, most of them loaded with fresh produce directly from the half-dozen farms listed on the menu. The spring pea ravioli is especially flavorful (though seasonal), but it’s hard to argue with an ace eggs benedict or “two-handed” BLT with avocado and lemon aioli.

A dose of culture follows at the beautiful Yale University Art Gallery, where you’ll find everything from European masters to African and Asian art to photography to impressive modern-American collections. It’s both free and small enough to enjoy in a single afternoon. 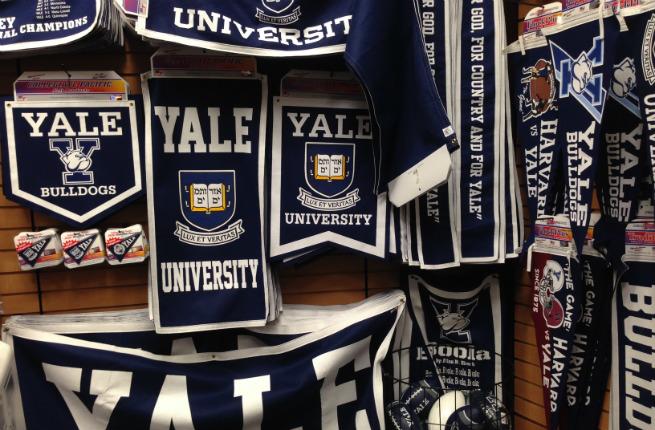 For souvenirs, head to The Shops at Yale along the corridors of Broadway and Chapel Street. There are several museums, restaurants, big and small retailers, and of course the Yale Bookstore where you can stock up on Bulldogs paraphernalia. On most Sundays you can find the Broadway Open Markets occupying the triangle at Elm and York, where local crafty types and a slew of food trucks set up shop all day. 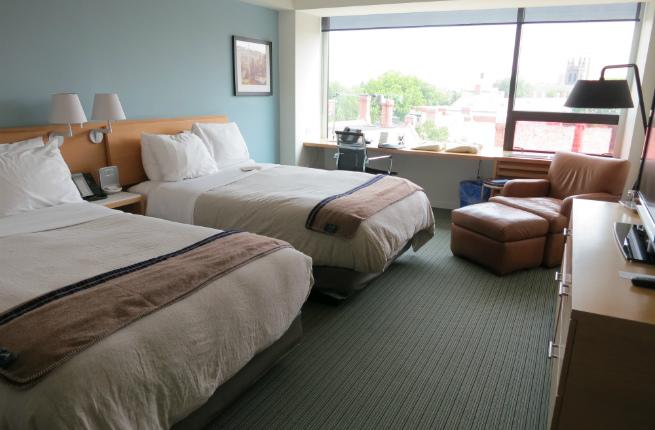 Located on the main artery that is Chapel Street, The Study at Yale is the result of a multimillion-dollar renovation completed in 2008. You’d never know its sleek accommodations were once a humble motor lodge. With its spacious rooms, enormous windows, and a few strategically preserved architectural details, the hotel offers 124 guestrooms and suites, each outfitted with local artwork and comfy leather reading chairs and lights—especially helpful for making use of the huge lending library in the hotel lobby. 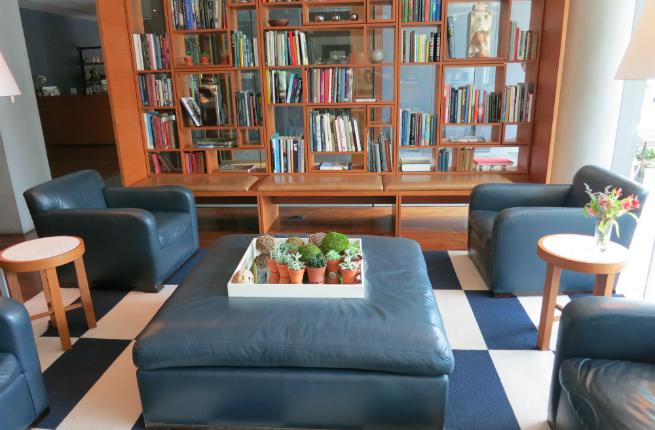