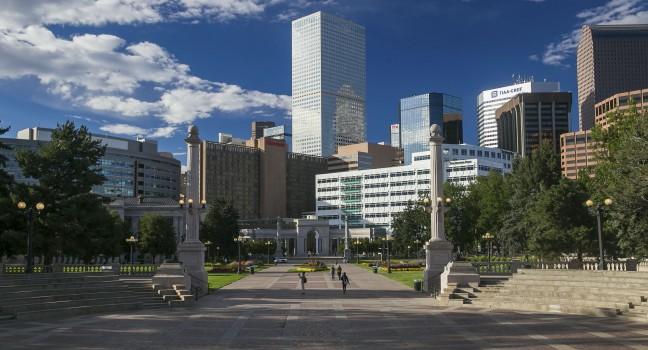 A peaceful respite awaits in this three-block park in the cultural heart of downtown, site of the state capitol. A 1919 Greek amphitheater is in the middle of one of the city's largest flower gardens, and in summer, it's the site of free bike-in movies at dusk. Festivals such as Cinco de Mayo, Taste of Colorado, and the People's Fair keep things lively here in spring and summer, and on Tuesdays and Thursdays, food trucks offer lunchtime alternatives. The park was born in 1906, when Mayor Robert Speer asked New York architect Charles Robinson to expand on his vision of a "Paris on the Platte." Two of the park's statues, Bronco Buster and On the War Trail, depicting a cowboy and an Indian on horseback, were commissioned in the 1920s.