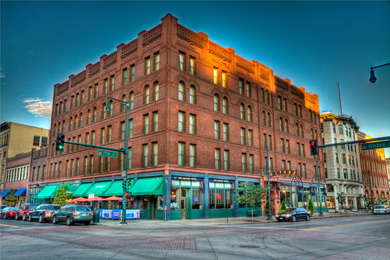 Since 1891, the historic Oxford Hotel has welcomed travelers to Denver. Just steps away from Union Station, the Oxford‘s history is firmly rooted in the golden age of train travel while simultaneously containing the modern comforts expected by today’s tourists. The building, on the National Register of Historic Places, features significant architectural detailing. Decorative touches about historic Denver—including old illustrations and newspaper articles from the late 1800s—greet a new generation of guests.

YOU SHOULD KNOW A $20 per day Destination Amenity Fee is added to each room, which includes discounts for services in the on-site spa, as well as discounts at vendors in nearby Union Station.

While no two rooms are alike, each of the 80 rooms showcase interesting, eclectic touches and antique furniture. For example, a fireplace in one room was artfully crammed full of old books, evoking a cozy, library charm. All rooms include flat-screen HD televisions, high-speed Wi-Fi, private bathrooms, and light fixtures equipped with USB charging ports. 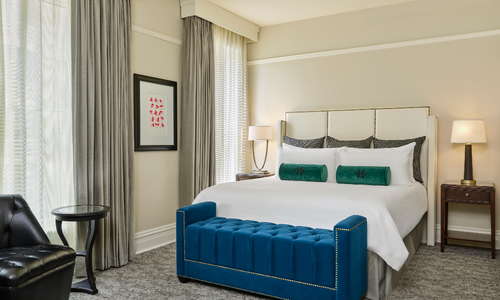 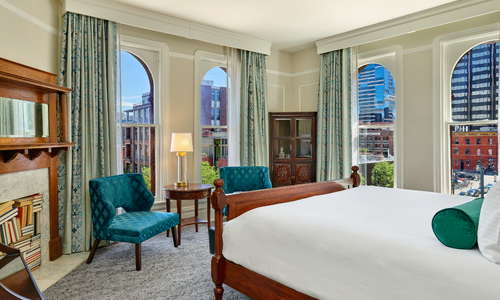 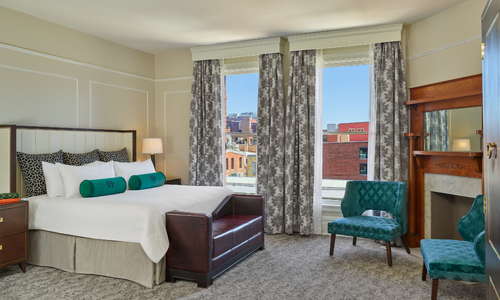 The use of varying historic elements extends to the bathrooms, some of which have clawfoot tubs and pedestal sinks. Suites and premium rooms typically have both a vintage bathtub and modern glass shower. Luxury bath products from French brand Mistral are provided in all rooms. 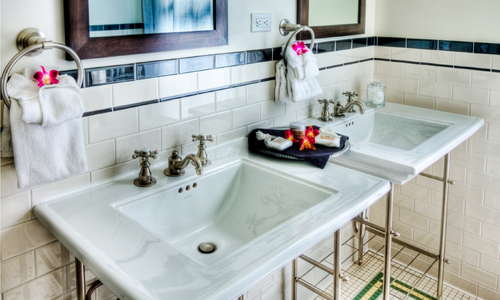 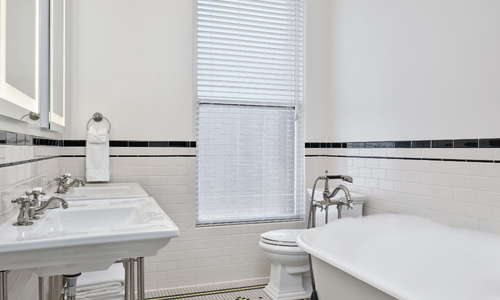 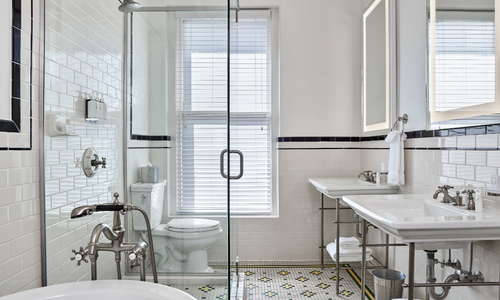 The stately, old-world lobby is a throwback to turn-of-the-century elegance. With the fireplace and dark wood check-in desk (complete with old-fashioned, fringe-keychained room keys on display), the lobby fully embraces the hotel’s historic past. Take in the metal staircase and restored columns, paneling, and decorative ceiling moulding. A bourbon hour is hosted for guests twice nightly, 5:30-6:30 p.m. and again from 8:30 to 9:30 p.m., where guests sample bourbon in the lobby and can hang out on the velvet and leather couches and chairs.

History buffs should pay special attention to the antique rugs and carpets placed throughout the hotel. 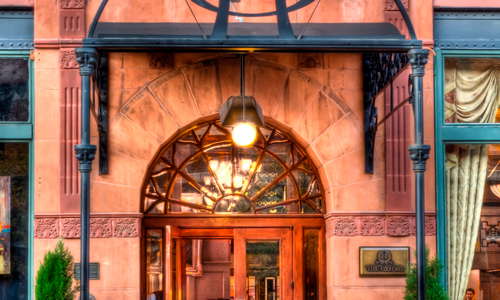 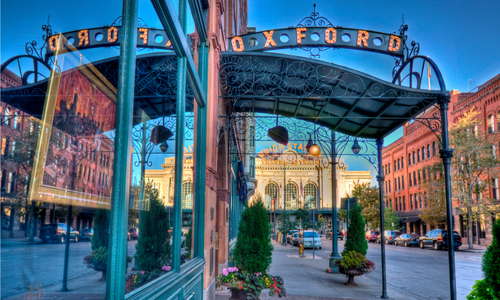 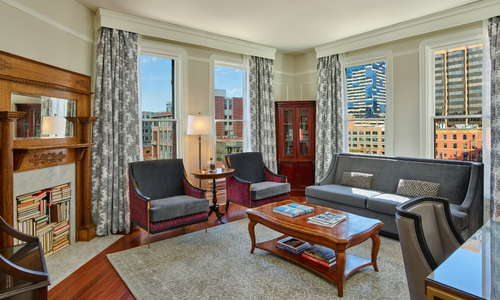 The Oxford Club, Spa & Salon is next door in the hotel’s annex, another historic building from 1912. Consistently voted one of the best spas in the city, full spa and salon services are offered as well as personal training. Guests can book standard services like massages and facials, have makeup done, or engage in a full body mud mask or steam with dry brushing. Several specialty services also incorporate soaks or mud baths in antique clawfoot tubs.

The corner of the hotel is anchored by Urban Farmer, one of Denver’s most sustainable restaurants. The upscale menu changes seasonally and incorporates a snout-to-tail philosophy so as little is wasted as possible. While mainly a pricey steakhouse, Urban Farmer also has a roving cheese cart and full menu, complete with vegetarian options. The rooftop boasts three beehives and the patio is home to an herb garden. There’s even a mushroom terrarium, which yields up to 10 pounds of mushrooms each week. 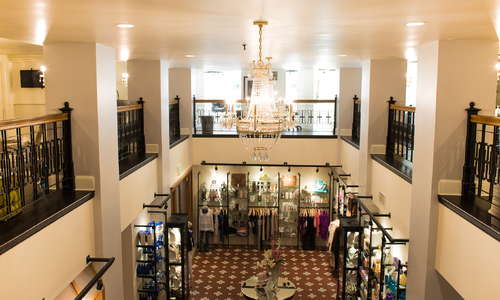 The Cruise Room kindles memories of bars of yesterday. The bar, opened the day after Prohibition ended in 1933, is modeled after a lounge on the RMS Queen Mary. The Cruise Room, also on the National Register of Historic Places, has 10 incredible bas relief, Art Deco-style carvings depicting “cheers!” from around the world. Don’t miss the jewel of a jukebox! 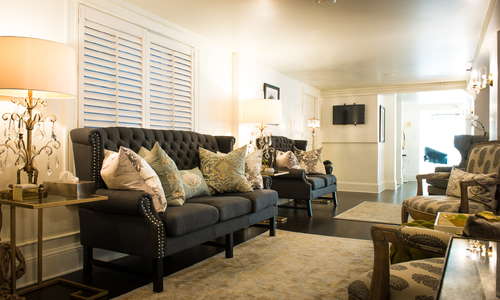 Guests are able to use the hotel’s Escalade shuttle to go anywhere within a two-mile radius. The area is incredibly walkable, with access to the Denver’s bus and train lines, plus Amtrak and ski train services, across the street at Union Station (1-minute walk). A free shuttle runs along the expanse of the pedestrian-friendly 16th Street Mall (2-minute walk).

Fantastic restaurants abound in this part of town. For a finer dining experience, visit Avelina (1-minute walk), a wood-fired eatery owned and operated by a husband and wife chef team. Seafood fans should take advantage of the daily oyster happy hour at Jax Fish House & Oyster Bar (1-minute walk), also across the street. And nothing beats a power lunch at The Kitchen (2-minute walk), the flagship Denver location of Kimbal Musk’s growing farm-to-table empire.

Beer-lovers can rejoice over the 20 tap handles and 100+ bottled beers offered at Freshcraft (5-minute walk), including many Colorado craft beers. Even closer to home is the Cooper Lounge (1-minute walk); their top-notch cocktail program is the spot for a swanky nightcap.

There’s something charming about a unique property that is updated but still feels historic. This hotel offers a true four-star experience with an onsite bar (The Cruise Room) and spa that are unrivaled in Denver and loved by both locals and travelers alike. The area is a veritable adult playground, making the Oxford Hotel a perfect spot for single, couple, or business travelers. 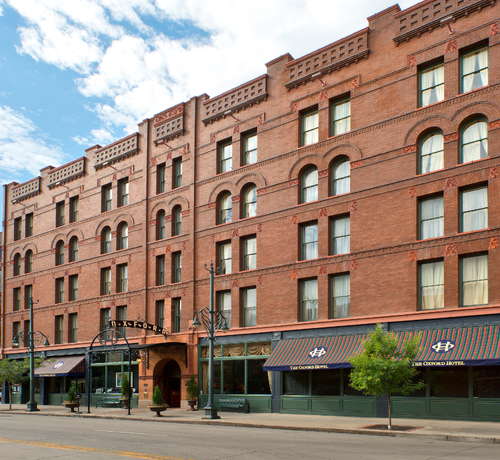 #2 The 6 Best Hotel Gyms in Denver

#2 The 7 Best Denver Hotels With Spas

#4 The 8 Best Boutique Hotels in Denver 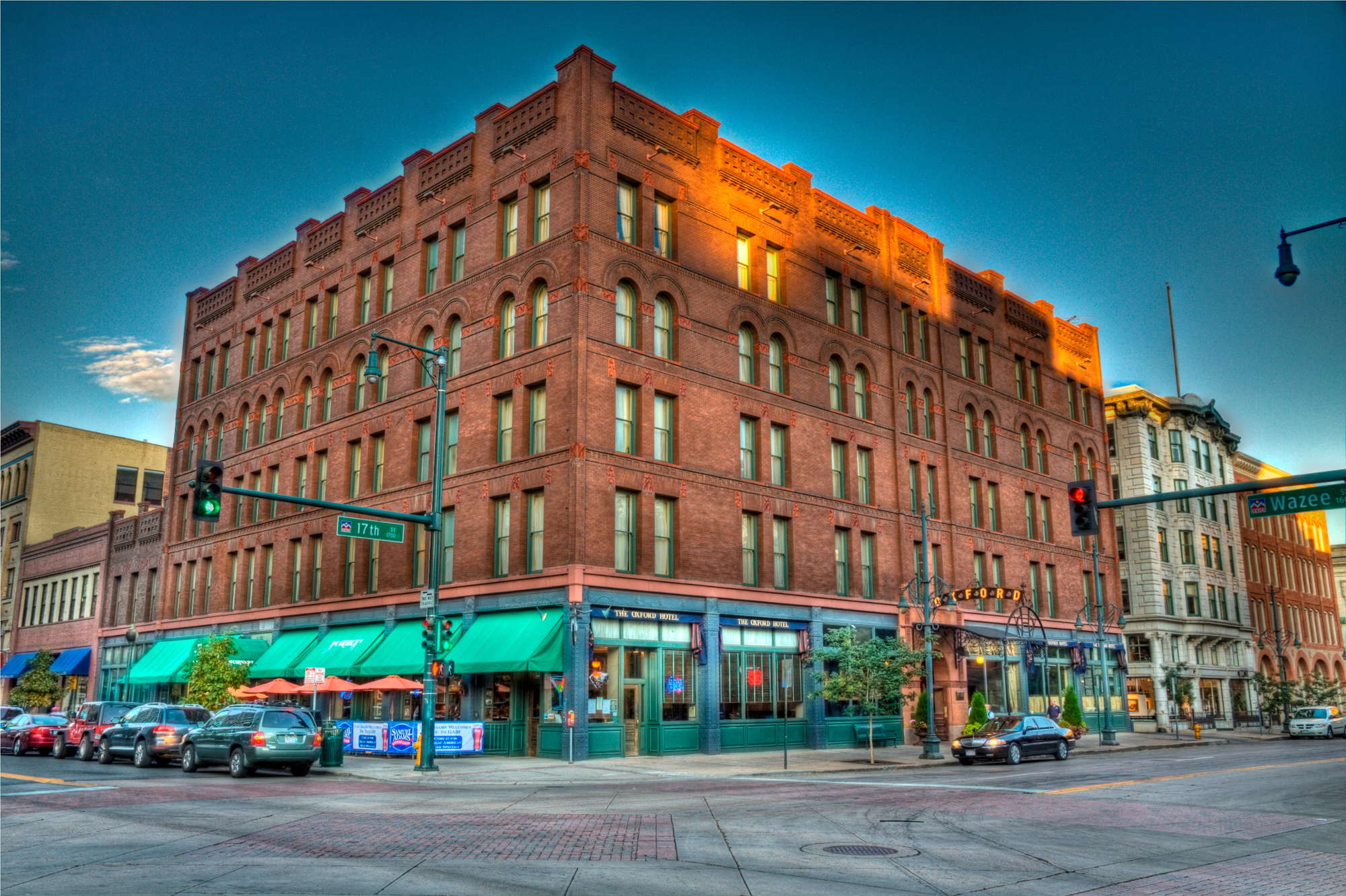 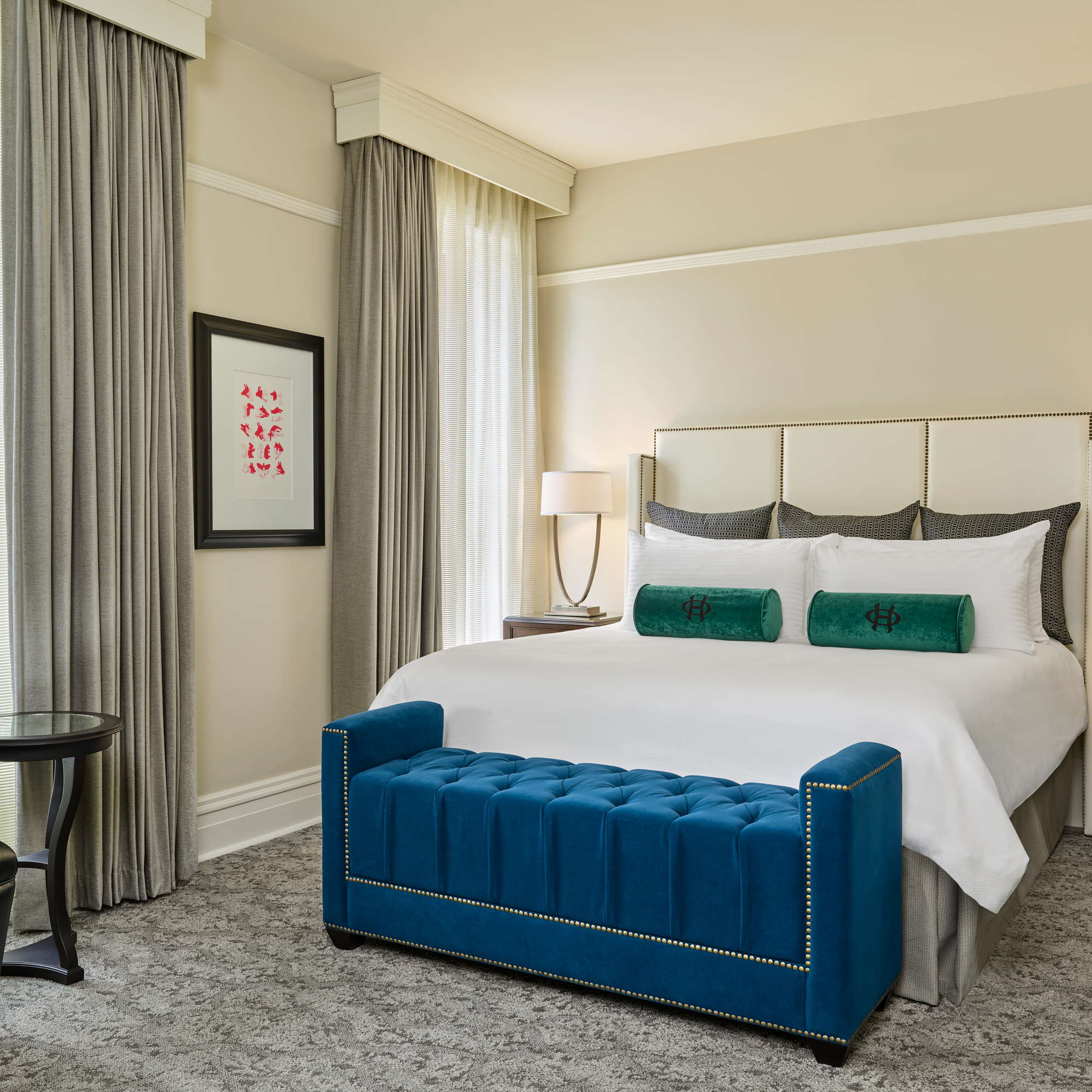 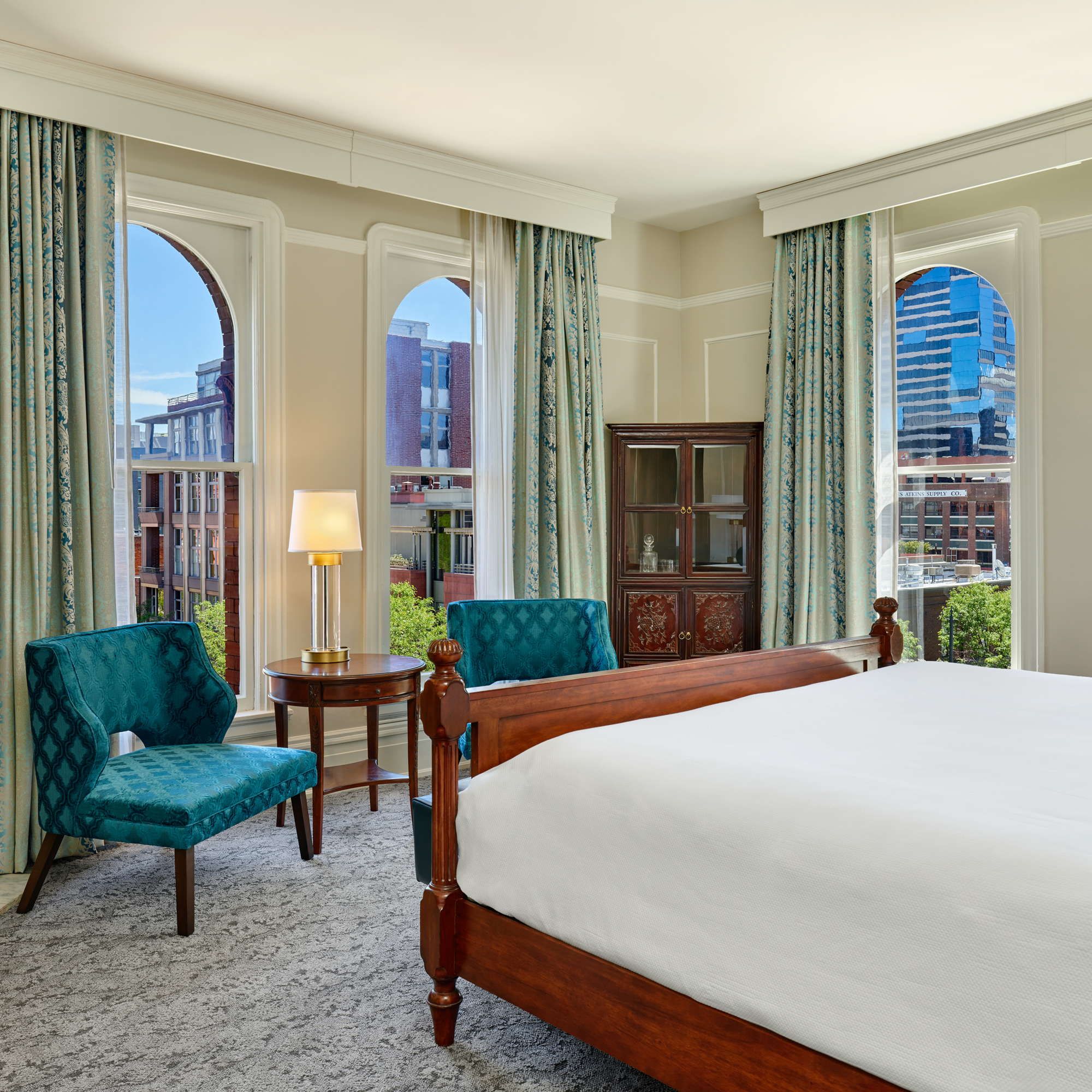 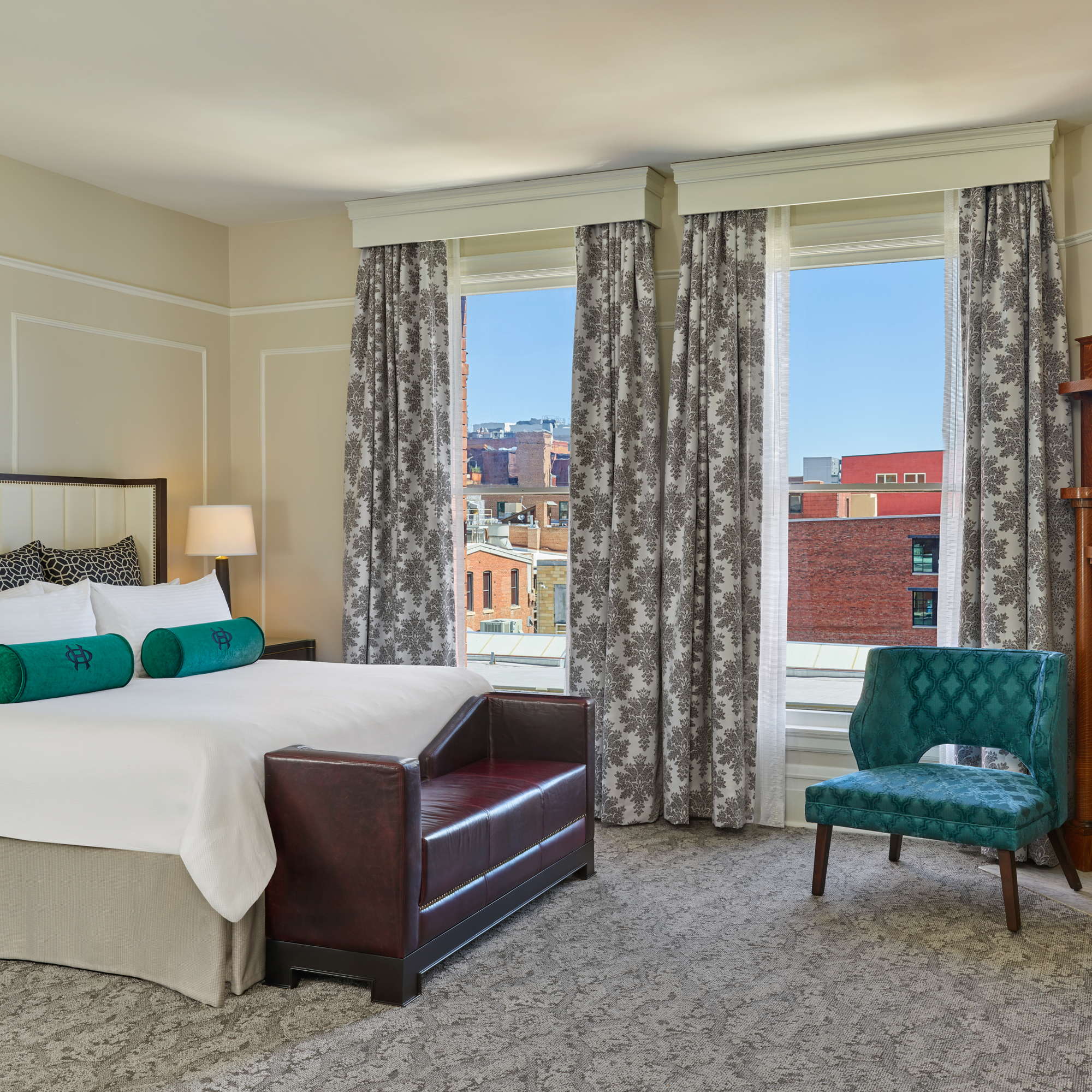 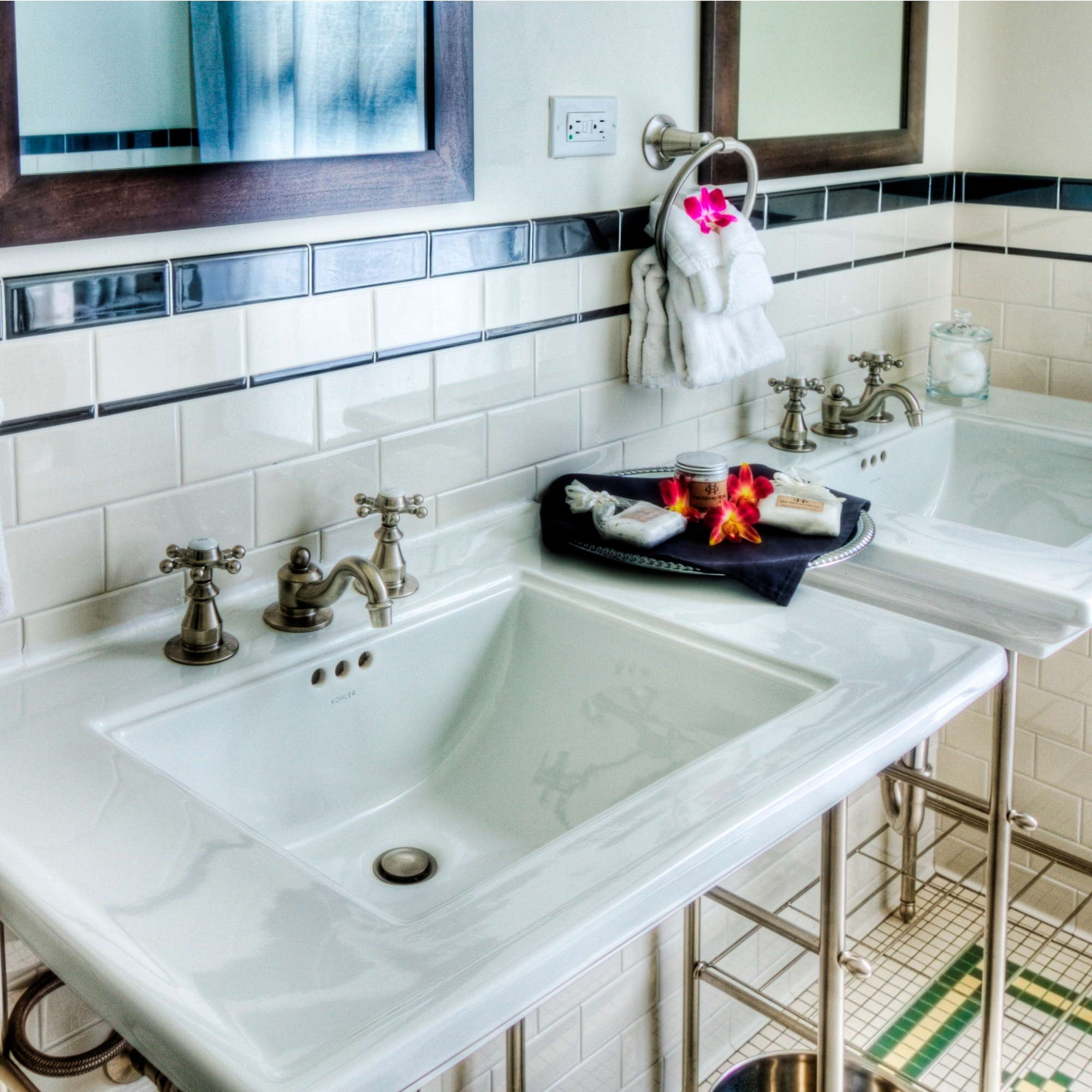 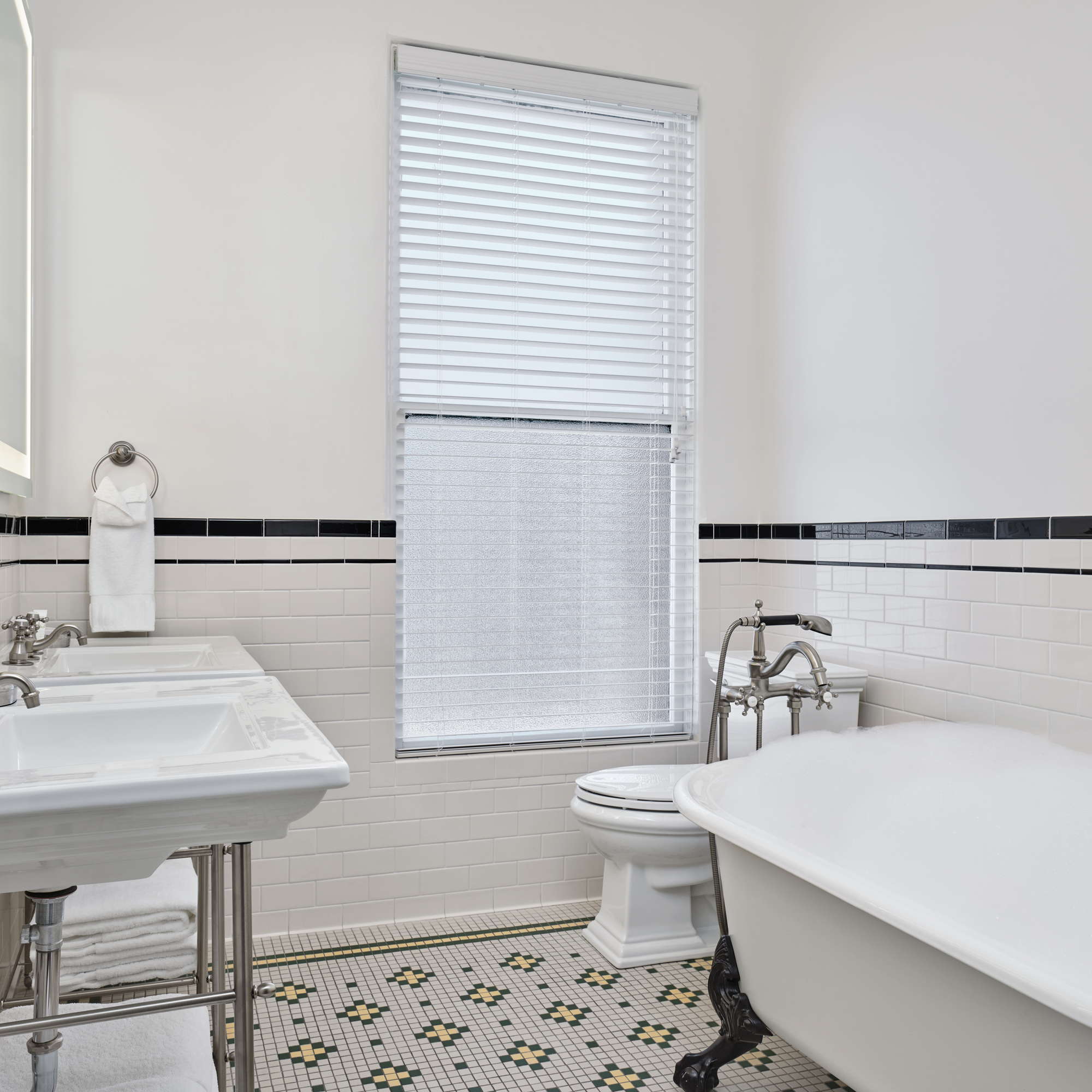 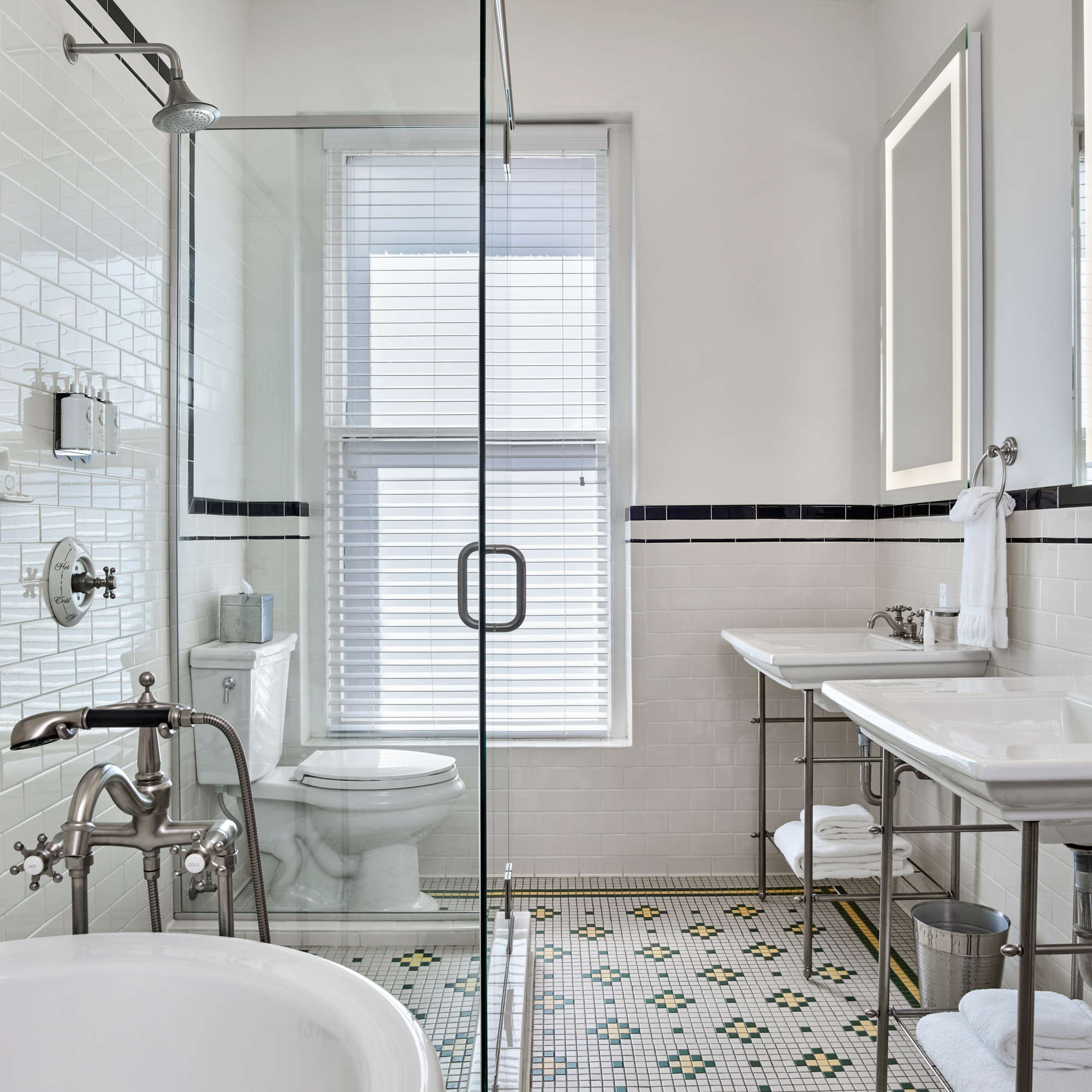 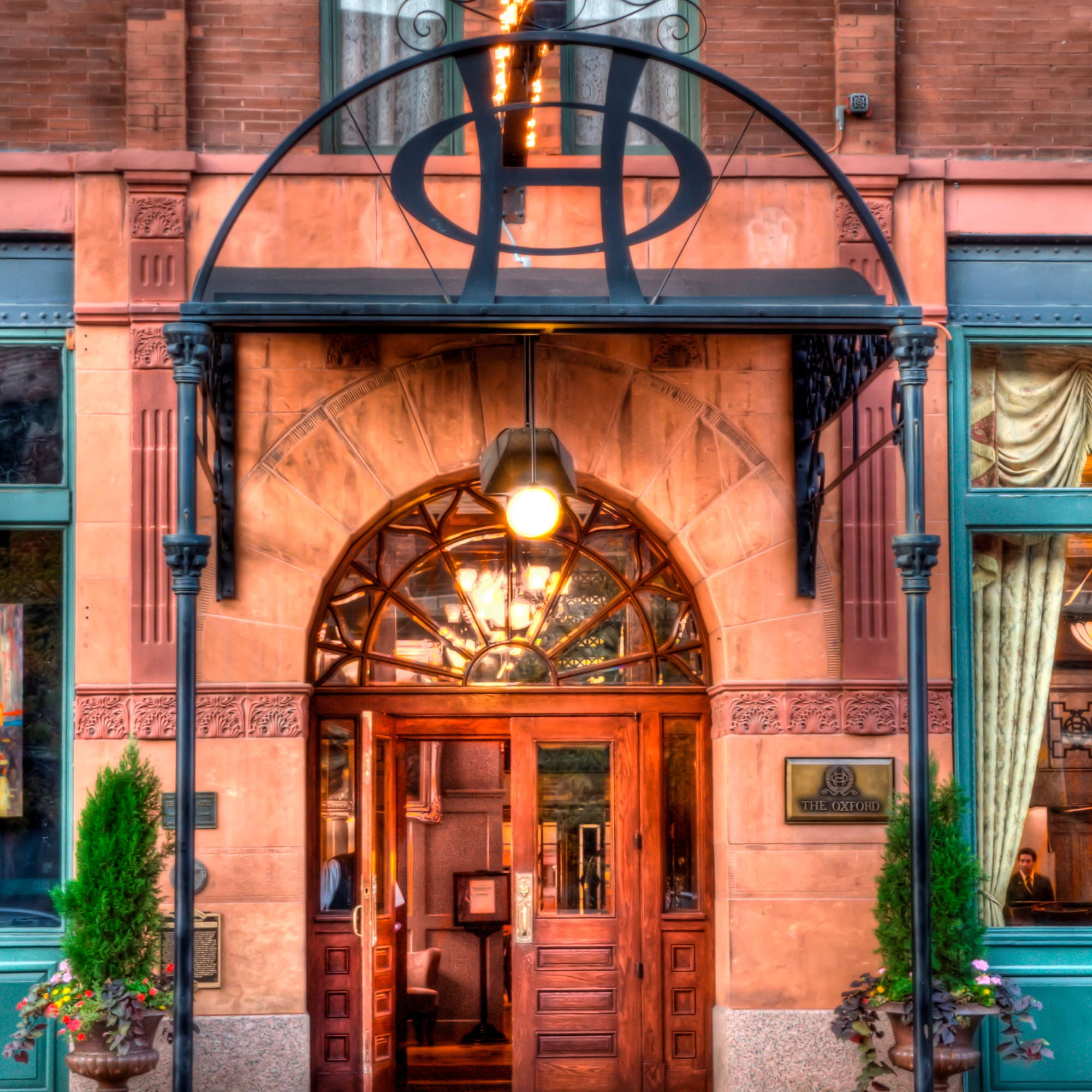 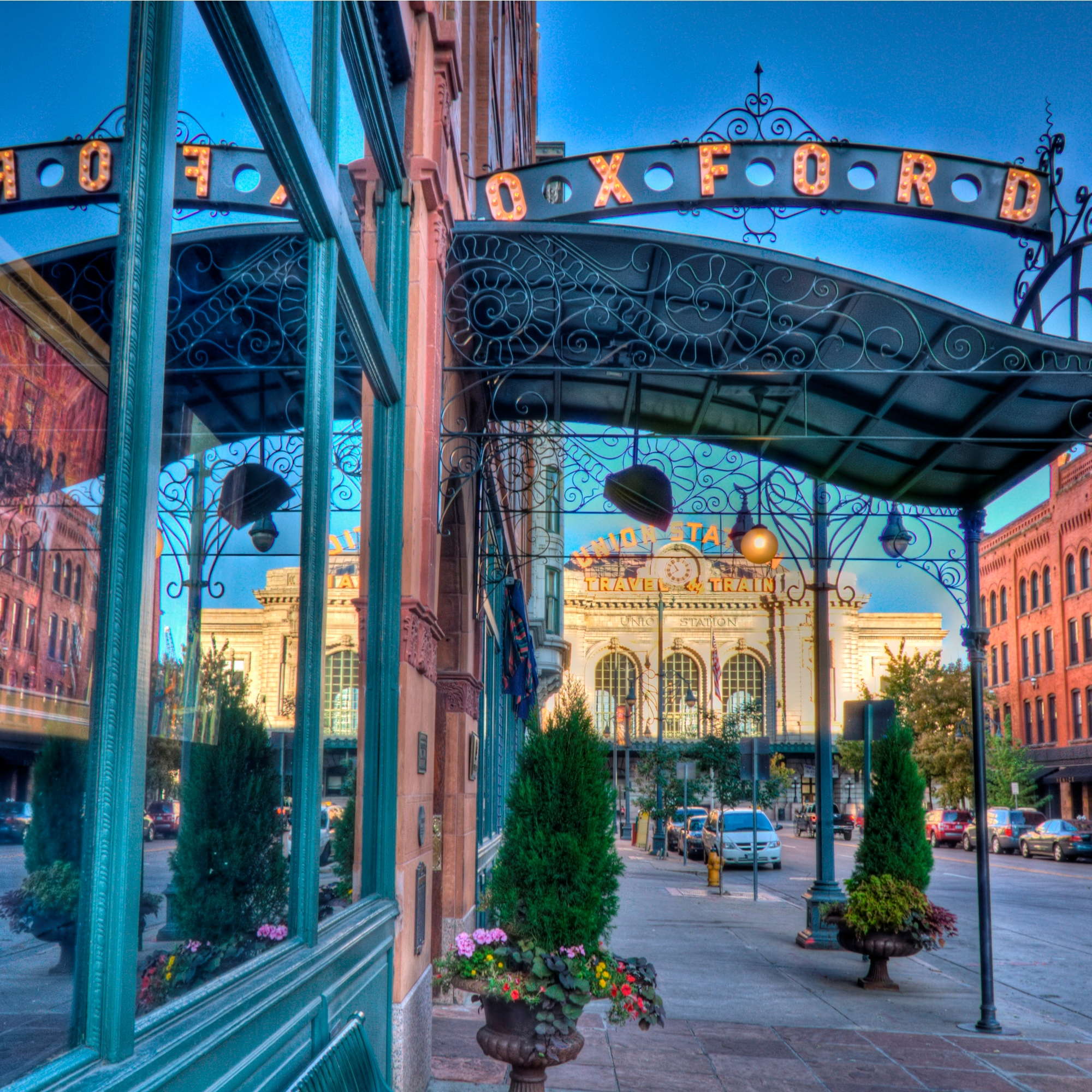 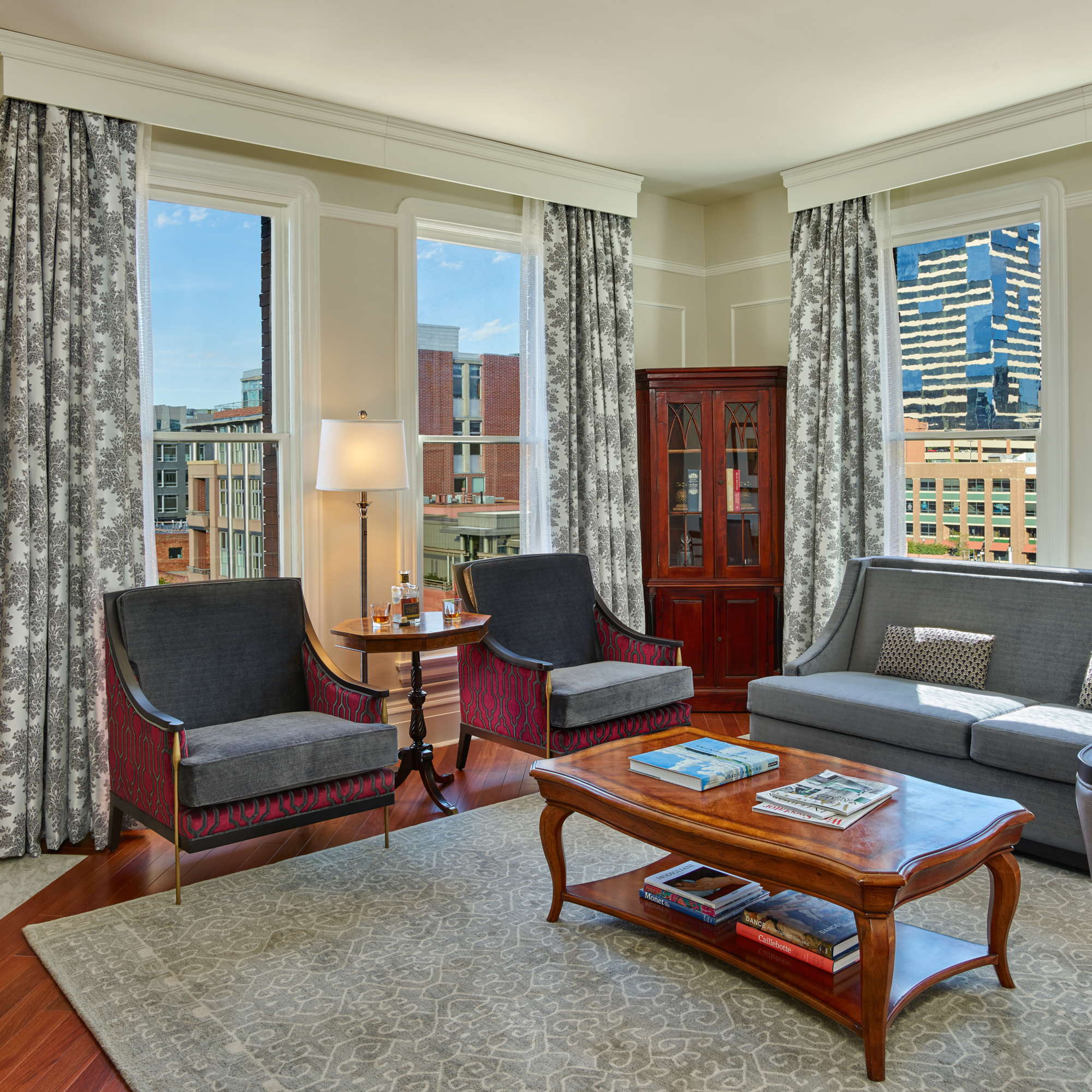 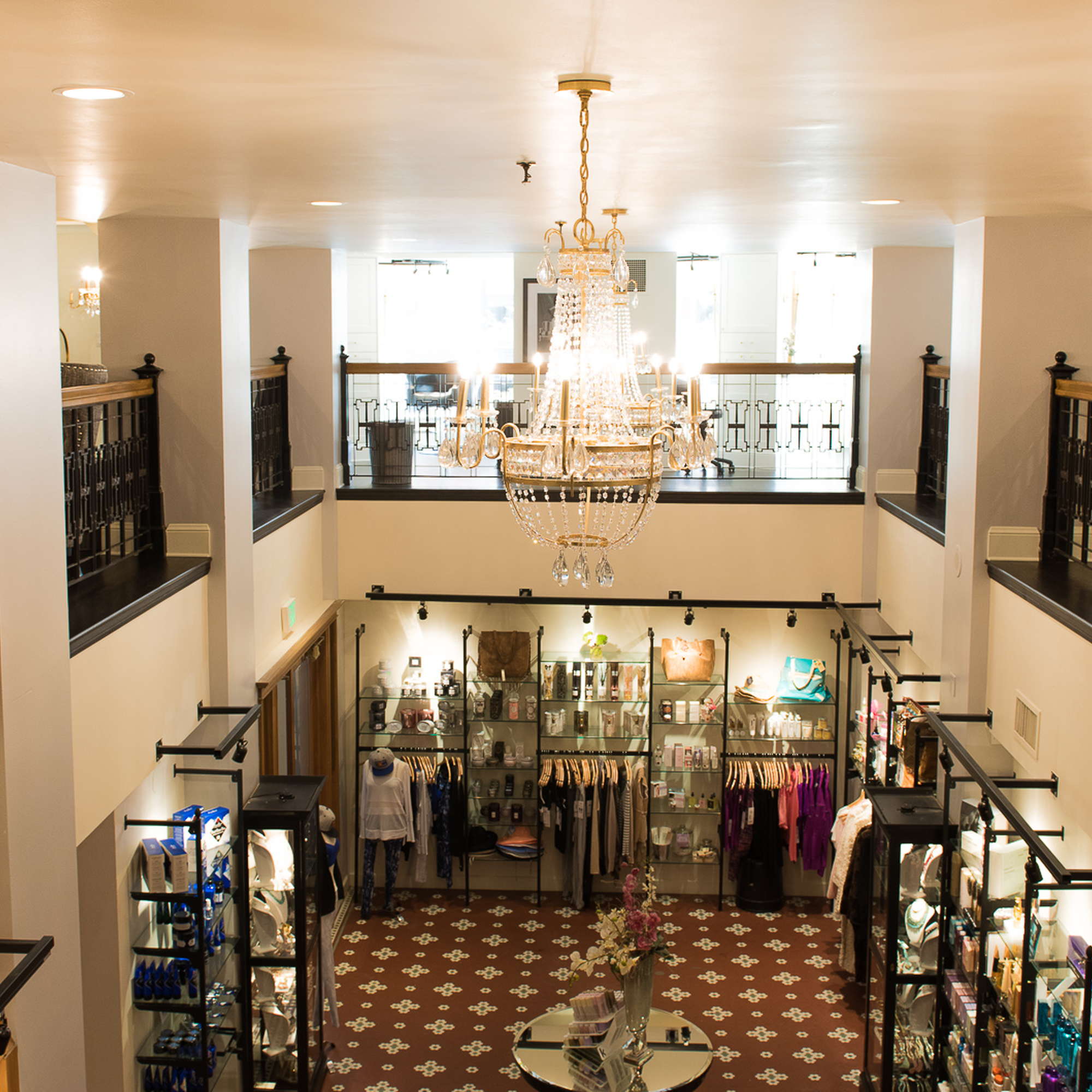 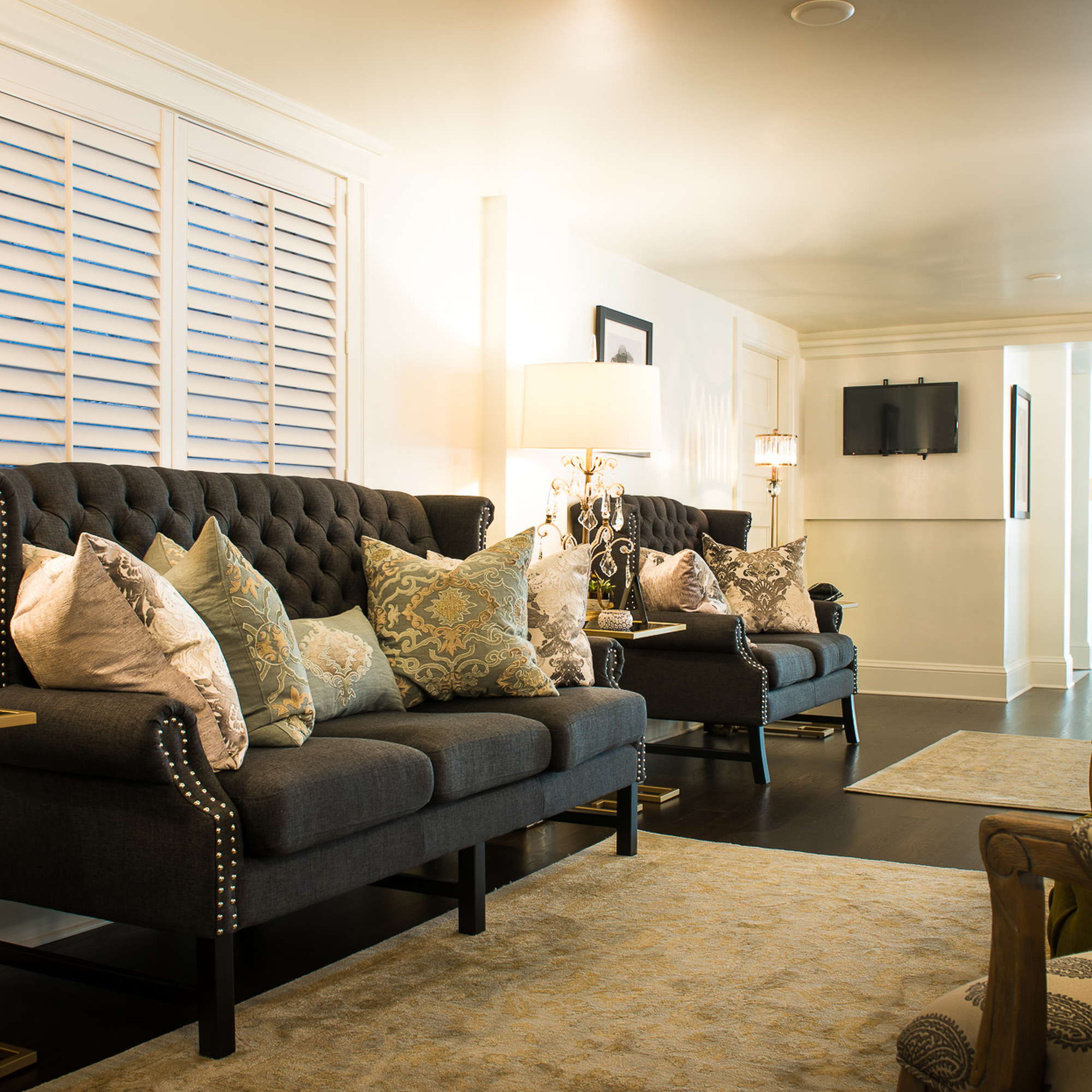