Where to Eat in Denver Now

While the Mile High City hasn't always had a reputation for its culinary prowess, Denver has seen a burgeoning restaurant scene crop up in newly revamped neighborhoods surrounding the downtown area. Given locals' interest in ethical eating, many newcomers to the Denver dining scene follow the farm-to-table mantra. And while vegetarians will find more to bite into with some of the city's new openings, this is still steakhouse country—the meat-heavy menus speak for themselves. Here are five new (and newly renovated) restaurants to try in Denver. 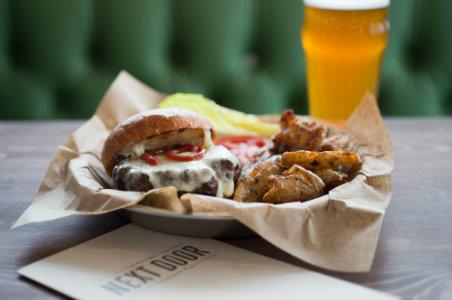 Fans of The Kitchen won't have to look beyond the LoDo neighborhood to find another outpost of the Denver favorite. With the first phase of the Union Station remodeling completed in early May, The Kitchen, along with other Denver favorite Fruition, is opening a location in the newly renovated space. Chefs Hugo Matheson and Kimbal Musk have transformed their popular Boulder restaurant of the same name into a Front Range restaurant empire, having opened another new Denver location in February. Next Door Union Station, complete with an outdoor patio, is set to open in July and will serve upscale bar food and small plates, and a collection of Colorado microbrews, complementing its swankier sister restaurant a few blocks away.

Bites Alex Temblador Could This Be Las Vegas’ Weirdest, Most Outrageous Restaurant?
Continue Reading Article After Our Video 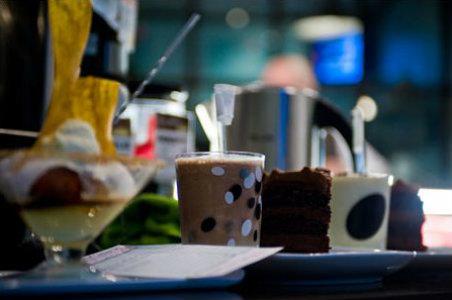 Though not a new restaurant, the ever-popular D Bar is opening in a new location this summer on 19th Avenue. Helmed by Food Network's Keegan Gerhard and wife Lisa Bailey, D Bar has been a local favorite since it opened in 2008, and a move this summer to a larger location two blocks from the original may help alleviate the staggeringly long lines. While dessert is the main event at the aptly named D Bar (don't miss the simple, yet sinful cake and shake), Gerhard and Bailey's menu is filled with no-fuss comfort foods that will make you want to come for more than one course. The crüe fries—garlic parm fries with melted cheddar jack, bacon, ranch, and chives—are not to be missed. 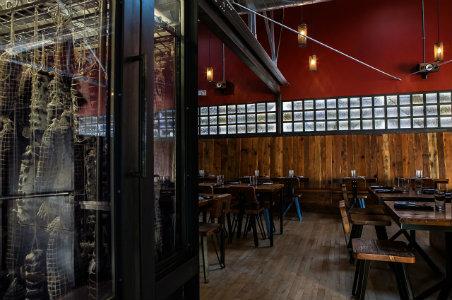 No neighborhood in Denver has as much cachet right now as the Highlands, and Old Major is one of the newest places to join the fray. With a strict attention to locally sourced food, chef Justin Brunson has built his menu around Colorado heritage-raised meats, even doing his butchering and curing in-house. (Brunson has cut his teeth at some of the best restaurants in Denver, including Mizuna and Fruition.) Named after the character from George Orwell's Animal Farm, Old Major caters primarily to the carnivore crowd, though vegetarians are not left in the lurch with a three-course tasting menu. But the star of the show is the meat; in line with the swine theme, try the smoked pork shank cavatelli with house-made ricotta pasta, peas, onions, and sheep's-milk-and-green-garlic beurre monté. 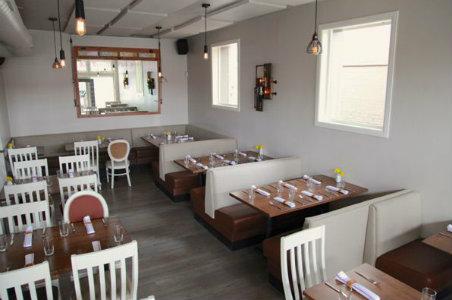 Another farm-to-table establishment, beast + bottle is headed up by the sibling team of Paul and Aileen Reilly. The chef-manager duo behind the now-closed Encore have hit the mark with their sophomore effort, compiling a simple, thought-out menu with touches of French and Italian cuisine. The name of the restaurant is emblematic of the fare, which focuses heavily on meat and cocktails. The menu changes to utilize what's in season, but keep an eye out for braised lamb shoulder ragu, served with ricotta, Meyer lemon oil, and arugula. Also check out the extensive wine and drink list, featuring a host of carafes and signature cocktails. Alternatively, stop by for brunch on Saturday or Sunday, and snag a space on the patio to enjoy the people watching on 17th Avenue. 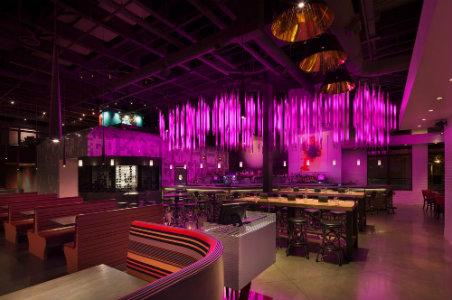 After a nearly 10-year stint at Table 6, an American bistro and Denver mainstay near Cheesman Park, chef Scott Parker opened his own restaurant on South Pearl Street to much acclaim last fall. Session Kitchen blends Eastern and Western influences into a locally-sourced menu that features a reuben burger with kimchi sauerkraut, and a pad thai dish made with fettuccini. Unlike its more demure South Pearl Street neighbors, Session Kitchen employs an ultra-modern design with an open dining space punctuated by stark lines and lit with brightly colored neon lights. This neighborhood is always buzzing, so a reservation is recommended, particularly on weekend nights in the summer. Consider taking advantage of Session's valet service, as street parking on Pearl can be a headache.