Big Sur meets Santa Barbara in this laid-back Central California town 80 miles north of downtown Los Angeles and bordering Los Padres National Forest. Ojai’s population may be only around 7,500, but it’s bursting at the seams with lots of Zen—think farm-to-table menus, yoga, spas, hikes, and even local wines. Once you’ve arrived, you don’t need wheels, other than a bicycle, or a map to the town trolley. Here’s how to craft a blissed-out three-day itinerary in Ojai. Keep your eyes open for celebs, as quite a few own homes here or consider this mystic community a chill weekend getaway. 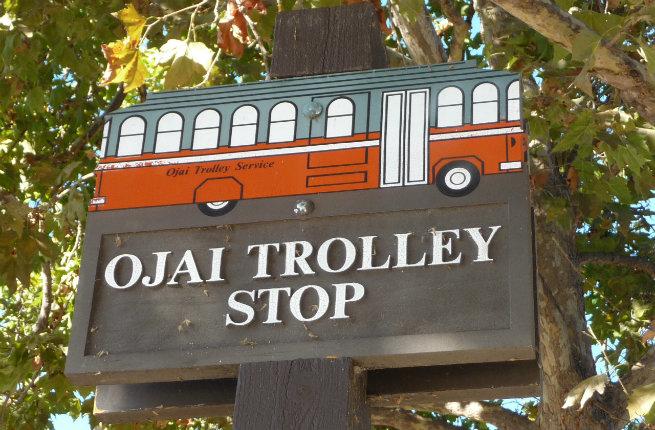 Cool off after a day of traveling with a quick dip in the pool at your accommodations. (Most Ojai hotels and inns boast pools.) Pick up your rental bicycle at downtown Ojai’s The Mob Shop (call or email before your trip to make a reservation). Guided bike tours are also available for a minimum of two people. Get your bearings by hopping aboard Ojai Trolley ($1 fare), followed by an early dinner at Boccali’s, an Ojai institution since 1986. The restaurant focuses on old family recipes from Lucca, Italy, made with ingredients grown on the owner’s farm. Order a glass of Boccali Vineyards wine, from the owners’ five-acre Ojai vineyard. Save room for strawberry shortcake, which has captured many food bloggers’ hearts.

Wind down your first night in Ojai at Deer Lodge, a gas station-turned-bar and farm-to-table eatery that opened in 2014. This is where hunting meets haute: think taxidermy on the walls, and innovative cocktails such as Ojai Creamsicle or Ventucky Coffee. (Still hungry? Order a kale Caesar salad or buttermilk-brined organic chicken.) Live music is on Thursday through Sunday nights. 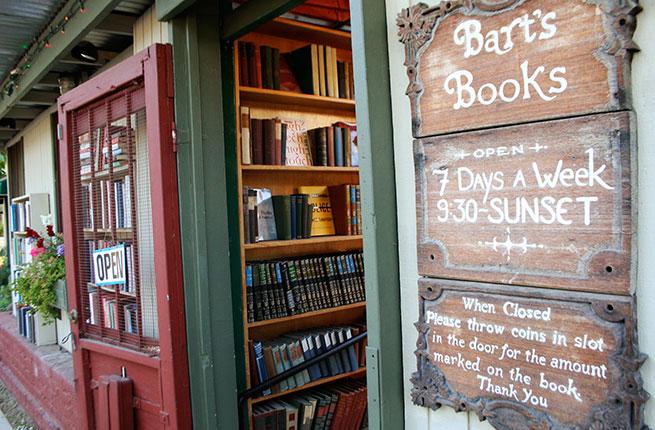 Breakfast at the field-to-fork Knead Baking Company in downtown Ojai is the perfect start to a Saturday. If it’s a nice day, grab a table on the adorable fenced-in patio. Locally grown citrus, walnuts, olive oil, and more are woven into pastries, and house-made bagels are the base for a DIY breakfast sandwich. Next, browse downtown’s eclectic boutiques on foot, including Bart’s Books, an open-air bookstore with sections in perfect pitch with California, such as Hollywood fiction, as well as signed first editions by literary greats. Scour the outside stacks for $.50 finds or hang with a good book among the potted palm trees. Made in Ojai supports local artisans, selling jewelry, pottery, and skin-care products. Ojai’s merchants teamed up to create a walking guide of Ojai, downloadable from here.

Squeeze in a short hike while still entertaining your palate with a 45-minute walking tour at Ojai Olive Oil’s ranch in Ojai Valley (Wednesday and Saturday only). The ranch’s oldest olive trees date back to the 1880s. Short on time? Sample olive oils in the tasting room. For a taste of local viticulture, drop by Ojai Vineyard’s six-year-old tasting room downtown and sample its syrah, chardonnay, and pinot noir. Another downtown tasting room is at Casa Barranca Organic Winery, Ojai’s first certified-organic winery. (Note: their wines are not sold outside of California.) Bar seating—to sip through its 11 wines—makes this space in the Arcade cozy.

Book a dinner table at downtown Ojai’s Azu, an elegant but funky restaurant. The tapas-driven menu is a nod to local agriculture, from figs to pixies (a tangerine unique to Ojai), along with typical vegetables like beets and greens. Innovative recipes like curried fried cauliflower appeal to all diets, but the menu is also speckled with meat, such as free-range chicken tagine and pasture-raised steak rubbed with ancho chilies. 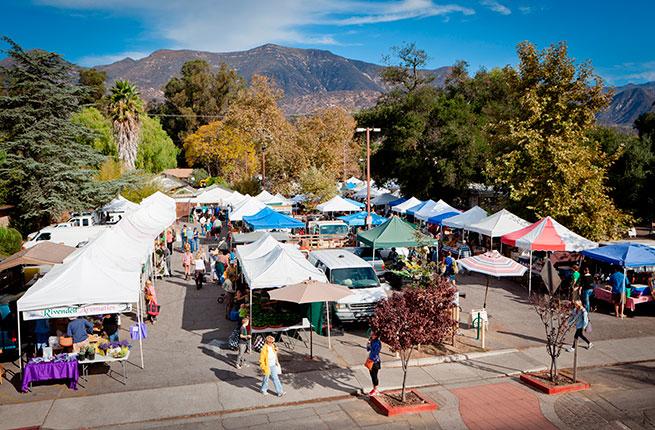 It wouldn’t be a weekend in Ojai without experiencing its legendary mysticism, which earned the town its Shangri-la nickname. Meditation Mount is one of the area’s many nonprofit retreat centers, hosting events such as full-moon meditations and morning meditations Wednesday through Sunday from 8:30 to 9 am. Now that you feel rejuvenated, head to the Ojai Certified Farmers Market, held every Sunday year-round from 9 am to 1 pm behind the Arcade in downtown Ojai.  Pick up some nuts, raw chocolate, walnut oil, beeswax candles, handmade soap, and other souvenirs inspired by your time in Ojai.

Prepare for your flight home with a spa treatment—paired with the country’s only Kuyam, a Moroccan mud treatment that folds in a guided meditation—at the 31,000-square-foot Ojai Valley Inn & Spa. Many treatments incorporate locally sourced ingredients like lavender, rosemary, avocados, and pixies. Take one last look at glorious Ojai with al-fresco lunch at the spa’s café. 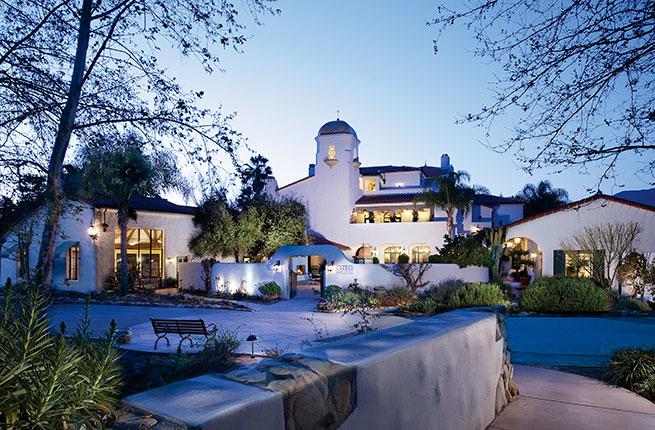 Tucked into a residential neighborhood six blocks from downtown, The Emerald Iguana Inn looks more Santa Fe than SoCal: guest rooms and one- and two-bedroom casitas (with full kitchens) encircle the pool, rimmed by lush foliage. The Lavender Inn is a pet-friendly bed-and-breakfast inside an 1874 home. For a resort experience, check into Ojai Valley Inn & Spa, with a golf course, spa, tennis courts, four pools, and 305 rooms and suites on its 220 acres. Its white buildings and red Mediterranean-style roofs resemble a posh country club.

There is never a bad time to visit Ojai, as temps typically fall between the 60s and the 80s during fall, winter, and spring. That said, summers here can be hot (temps in the 80s and 90s). Fall is a good time to visit, as the harvest is in full swing and there are fewer crowds.

LAX offers not only the most flights—including several nonstops daily from New York City’s JFK on JetBlue, Virgin America, Delta, and American, as well as through hubs in Miami, Chicago, Denver, Phoenix, Houston, Dallas, and Charlotte—but also the best value. But if you want to cut down on travel time between the airport and Ojai, look into Santa Barbara Municipal Airport, serviced by United, American, and Alaska, via San Francisco, Phoenix, LAX, Dallas, Denver, Seattle, and Portland, Oregon.