The challenges (and even silver linings) that come with running a restaurant in the age of coronavirus.

Jen Biesty is the chef and co-owner of Shakewell, a restaurant and bar in Oakland, California. She has also been a contestant on reality TV show cooking competitions, such as Top Chef and Beat Bobby Flay, and is a winner of an episode of Chopped. As told to Danielle Bauter, Biesty shares in her own words how her restaurant has been affected by the COVID pandemic, and how her reality TV stardom has boosted her public profile.

I wanted to open a restaurant for many years, beginning when I was about 28. I knew that I could have my own culture and a means of expressing myself creatively. But it was difficult to find backers as a young female chef. So I got a corporate job instead, which eventually gave me a lot more credentials when it came to finding investors. I wasn’t a huge fan of the corporate environment, and eventually, I was ready to figure out a way to be my own boss.

It’s no secret that the state of the restaurant industry is terrible right now. Restaurants are closing all the time, and we’re scared. We’ve pretty much gone through the PPP money we’ve gotten. We’ve spent all of this money to create this restaurant—to build and design it. And we’ve been open for six years. Right now we’re at that pivotal point where we’ve already started paying back our investors but not altogether. So it’s terrifying to me if we actually did have to shut our doors. You can’t sell this restaurant at the price we bought it for, not right now. And what is the landlord going to do about that? Just sit on it, leave the restaurant and pause for months, then hope we can start it back up? There are so many what-ifs out there, that we just want to stay alive so that we don’t have to face that issue.

The city of Oakland allowed us to build a patio in September which consists of five stalls that are separated by curtains so that everyone can be socially distanced. That really helped us to bring in a lot of business. But then we had to shut it down, so now we just do takeout and delivery. We were going to do full service, but we didn’t have enough staff members to do so. Some feel safer than others about having that much contact with guests, which I totally get.

But now there’s a lot more mindfulness in our culture at the restaurant. We have a smaller staff, and we’re really close here, so we all look out for each other. Every day our staff is getting their temperature taken, asked if they have symptoms, and we also do a mental health check-in to make sure that everyone is getting through this.

There are so many what-ifs out there, that we just want to keep alive so that we don’t have to face that issue.

It has been really slow since Thanksgiving when the weather changed. The cold weather has definitely stopped people from coming in. People are deciding to cook more, or they want to shelter in place and not have any exposure. We signed up with more delivery services—before we just used Caviar and now we also use DoorDash and GrubHub. We switched to a new point-of-sale system. And our saving grace has been cocktails to go, which we’ve been doing since the beginning. We would have already been closed if we couldn’t sell alcohol.

I recently spoke with several chefs about a chef show idea that I’ve been working on. We started talking about the state of the restaurant industry, and pretty much everyone is concerned. They feel like the government has not been helping small businesses and restaurants. Our clientele is being really supportive and helping as much as they can, but everyone’s a little frightened so they’re being safe with their money. All of the chefs that I spoke to are of a certain caliber, and we’re getting frustrated with this because when you own your own business you feel like you have a certain amount of control over it. So in a lot of ways we’re just playing along, we’re going to do what we have to do. 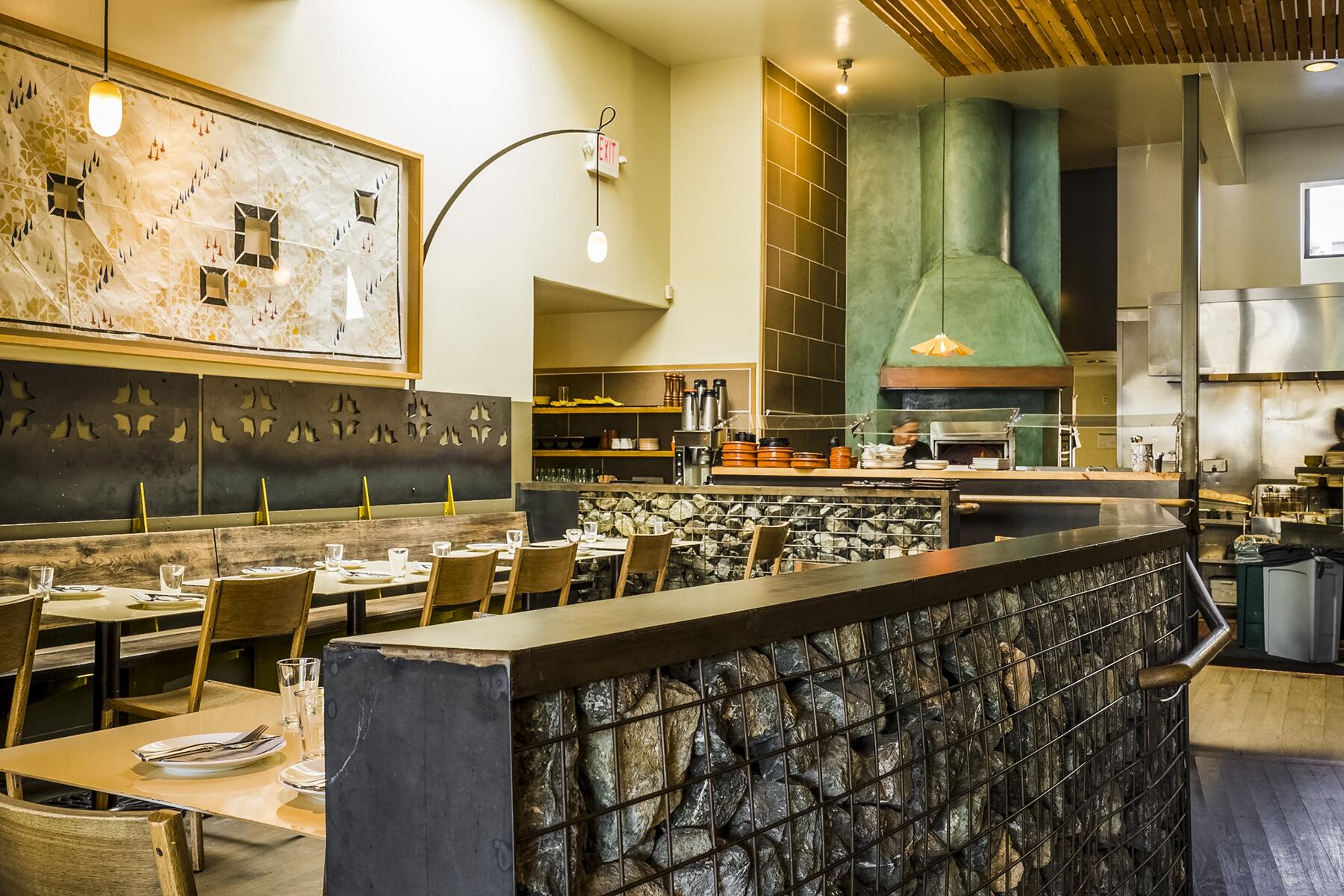 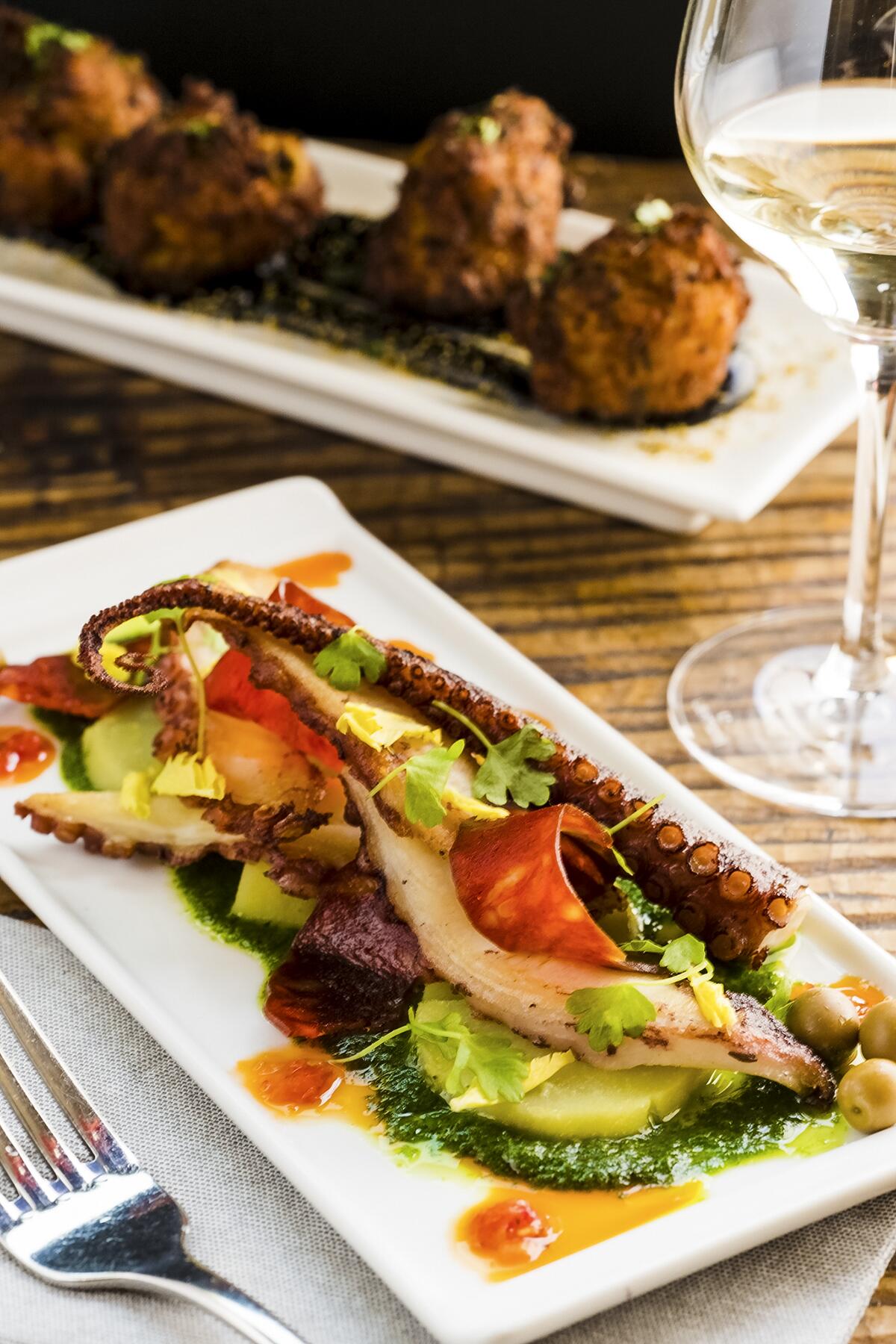 I was on Top Chef season four ages ago, and then I did a Beat Bobby Flay episode in 2015. I like being on TV and doing stuff like that. So when they called me to be on Chopped, I figured “Why not?” I didn’t watch the show that much so I started cramming for it, and winning was a little surreal. It was a stressful situation, but I was ecstatic, it was really fun. It was almost a year after I filmed the episode that it came out, and in a way it had kind of faded by then. It was a good experience though. I did it for the prize money, as well as the stature and recognition. It also helped to promote the business.

It’s interesting though because I’ve done more local TV. We have a Check, Please! Bay Area, which airs on KQED. We were on that shortly after we first opened. And that drove business so much more than Chopped. When you’re on a national show, it’s more like a trickle effect. And there’s been so many seasons of Chopped, it’s been on for over 12 years.

One of the positive things about the pandemic is that I was able to spend more time with my wife, a school teacher, and our three-year-old daughter.

One of the positive things about the pandemic is that I was able to spend more time with my wife, a school teacher, and our three-year-old daughter. Our hours changed in March and we could have two days off together until August when my wife went back to teach and my daughter went back to daycare. Shakewell closed for a little bit in the summer, and we got to go on a road trip and do some camping. So that was definitely some good family time, which I appreciate and cherish. And it also showed me how important that is, especially with my daughter being so young.

I’m excited about this new administration in the White House. Hopefully, we can make some changes and Oakland can also benefit from this. There’s a lot of homelessness and poverty here, and I’d like to see that change. It’s obvious from the last election that every vote counts, and hopefully, we’ll get some much-needed help for restaurants and small businesses. I’m looking for a silver lining and will stay positive.