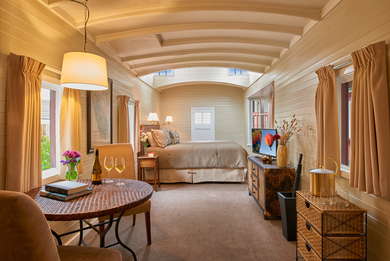 Travelers on a budget, especially ones with kids, appreciate these very basic accommodations—inside actual railcars—just steps away from most of Yountville's best restaurants. The inn isn't fancy, but it's clean and well maintained, and you'll save money to spend on shopping, dining, and wine tasting.

YOU SHOULD KNOW Although the setting is more appealing than it sounds (this is tasteful Yountville, after all), the cars are in the middle of a parking lot.

Photo: Turn of the Century Railcar with a King Size Bed

The railcars, more than a hundred years old, house eight long, narrow rooms (there's a ninth room that's not in a car) that have a bit more style than your average motel. Most have armoires or other turn-of-the-20th-century furniture, as well as small flat-panel TVs, refrigerators, and coffee makers.

Some guests prefer the southern rooms on the east (Washington Street) side; they're the farthest away from Highway 29, about 100 yards to the west, and Mini Model, which is on the inn's north side. 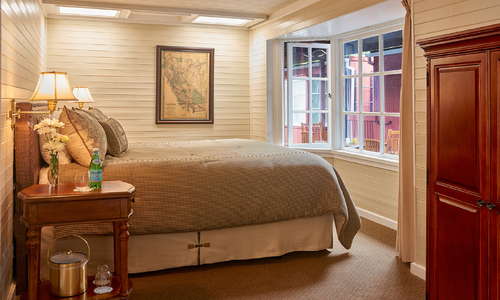 Photo: Turn of the Century Railcar with a King Size Bed

As might be expected in a railcar, the bathrooms are small, but they're sparkling clean. Skylights and walls painted pale make some almost seem airy.

Photo: Turn of the Century Caboose with a King Size Bed

There's a small reception area on the complex's southern end. The railcars are configured in two parallel rows; the wide wooden pathway between them forms a lobby of sorts.

YOU SHOULD KNOW The reception area isn't staffed all the time. 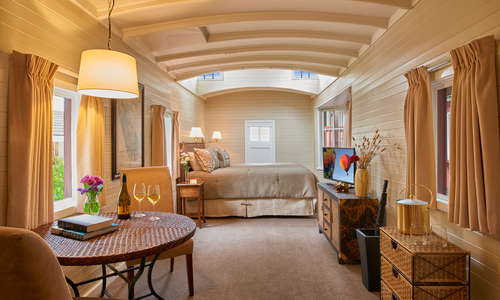 Photo: Turn of the Century Caboose with a King Size Bed

In 2017, the Model Bakery of St. Helena and Napa—Oprah goes gaga over the English muffins—opened the on-site "Mini Model" inside a former caboose. The stand opens for breakfast and lunch, with espresso drinks, nitro coffees, regular coffee, tea, and Italian sodas to pair with breakfast sandwiches, croissants, pastries, granola, cold lunch sandwiches, and (until they run out) those fab E-muffins.

There is no bar car at the Napa Valley Railway Inn.

Downtown Yountville is easily walkable, and if your feet become weary you can hop aboard the on-call Yountville Trolley, which loops through town. You'll only need a car if you're going wine-tasting to places beyond Yountville.

Celebrity chef Michael Chiarello's Ottimo (1-minute walk) for breakfast and lunch and Bottega (1-minute walk) for trattoria-style Italian lunch (except Monday) and dinner share a parking lot with the inn. Thomas Keller's Ad Hoc (3-minute walk) serves prix-fixe comfort-food dinners (don't miss buttermilk fried-chicken night) and Sunday brunch. Behind the restaurant, Keller's Addendum (4-minute walk) sells takeout boxed lunches from Thursday to Saturday except in winter. There are a few picnic tables out back, or you can walk south to a nearby park.

The bars at Redd (3-minute walk) and Redd Wood (7-minute walk), the Yountville restaurants of chef Richard Reddington, are lively places for a drink (Redd is the more upscale of the two). For a dive-bar experience complete with insults if the owner or staffers don't like you, take a chance on the willfully unkempt Pancha's (7-minute walk), diagonally across from Redd Wood.

Quaint but not cutesy, the Napa Valley Railway Inn, whose cars sit on railroad tracks that date to the 19th century, works well for short stays. The inn is conveniently located, and the rooms are cleverly arranged. Although prices have crept up, this is still a bargain but be aware that the service is strictly no-frills. 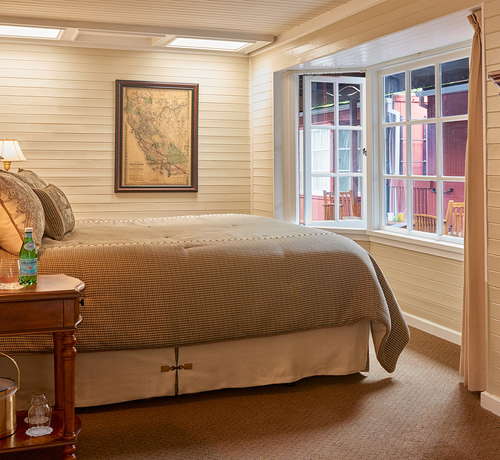 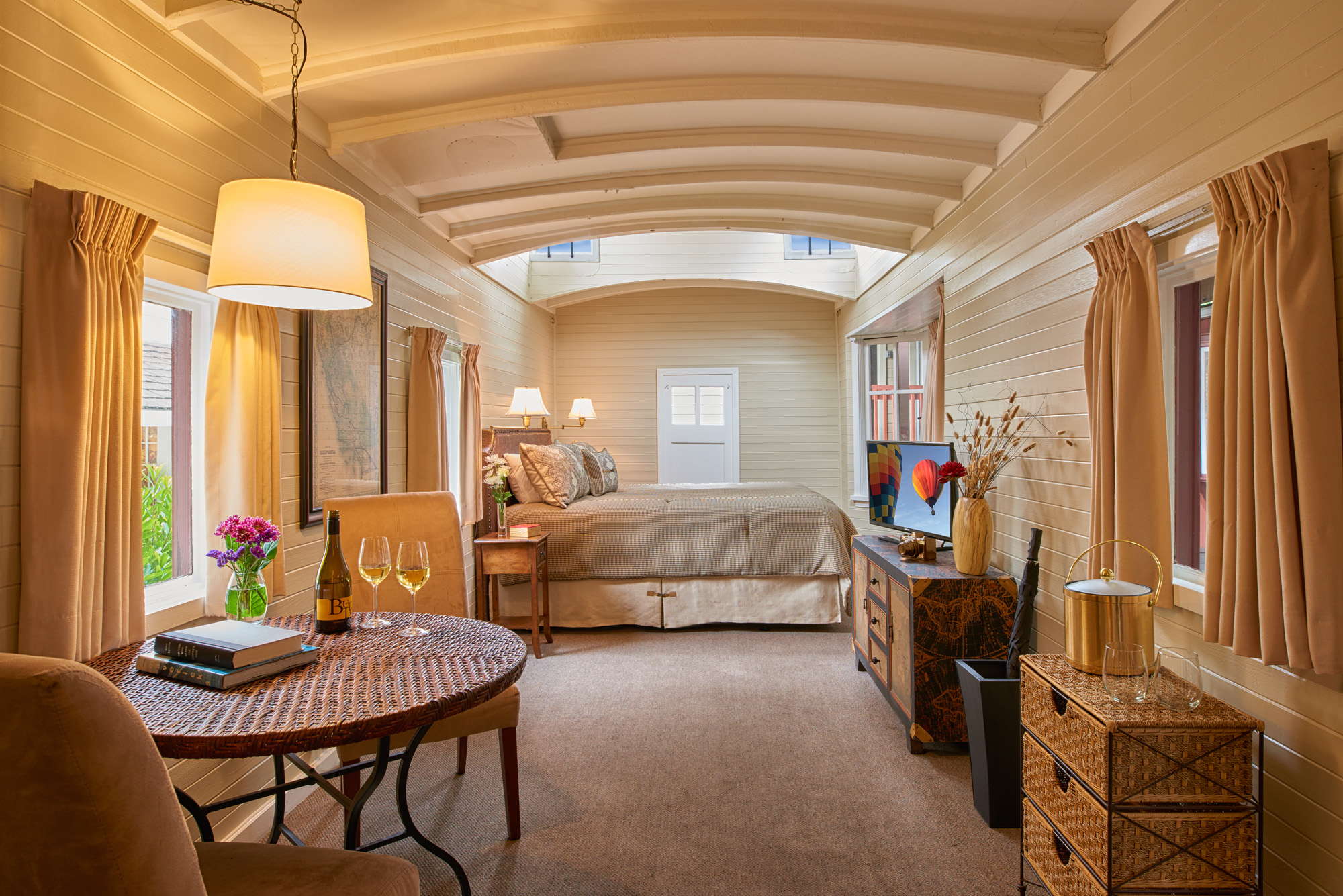 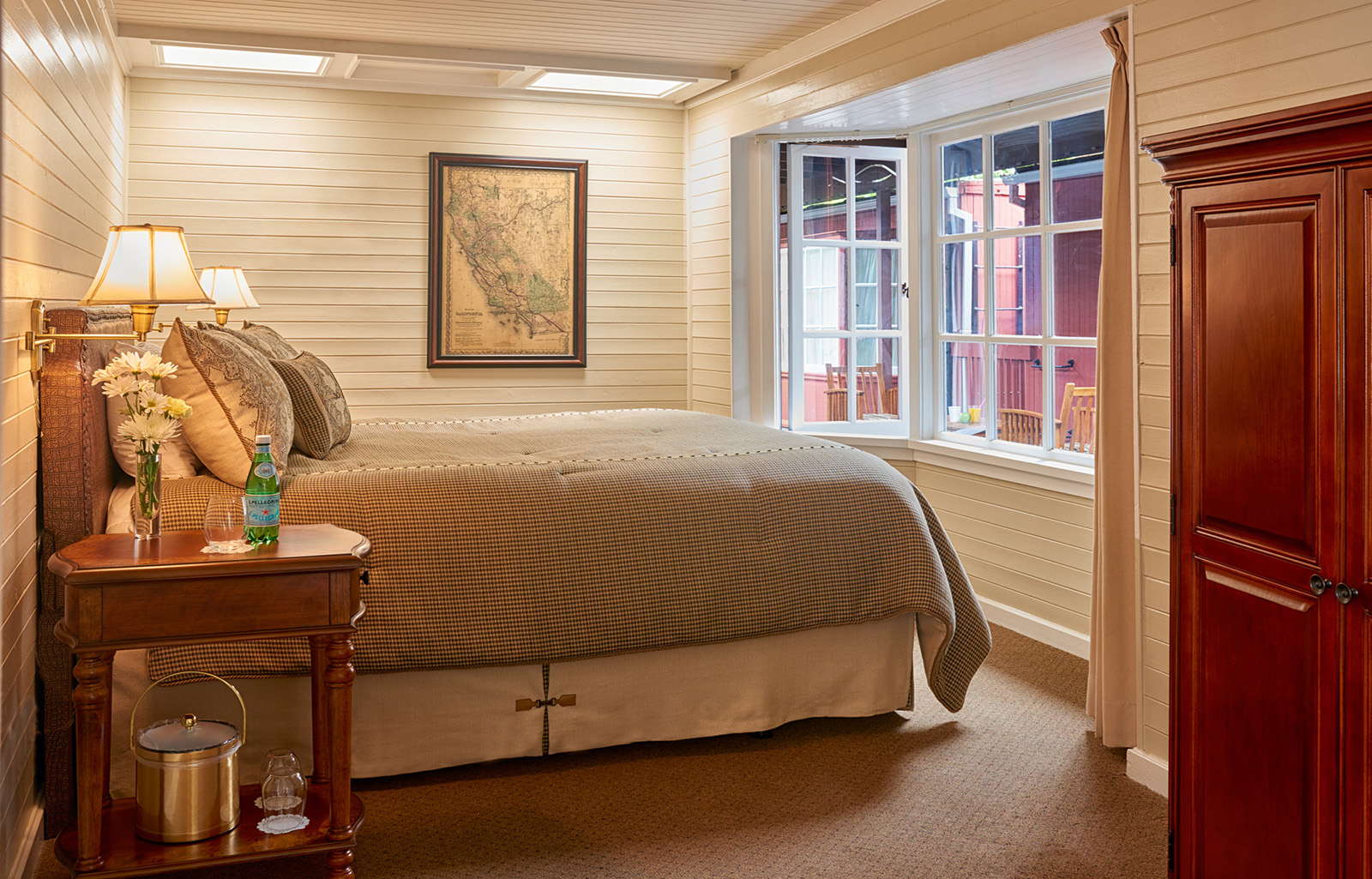 room
Photo: Turn of the Century Railcar with a King Size Bed 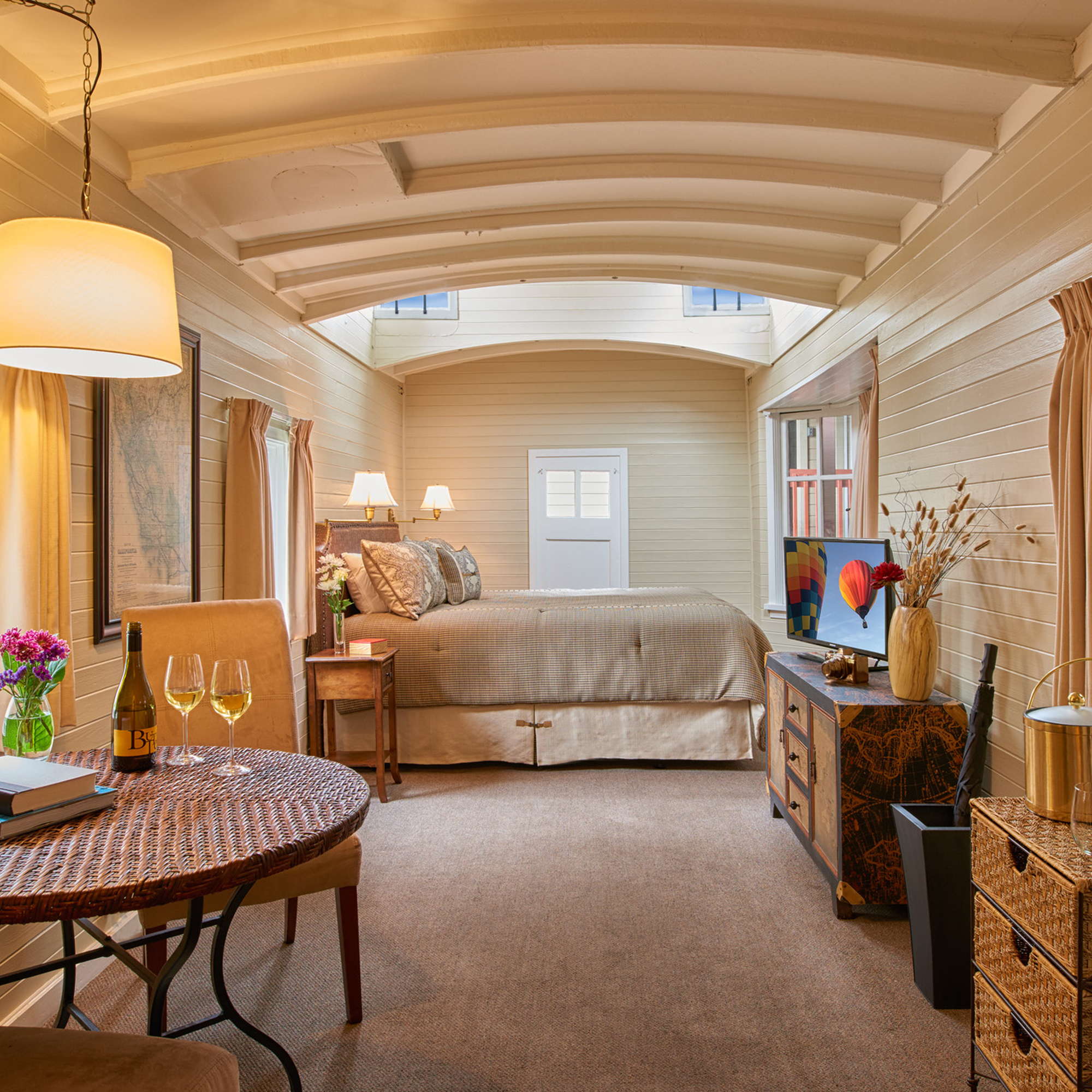 lobby
Photo: Turn of the Century Caboose with a King Size Bed