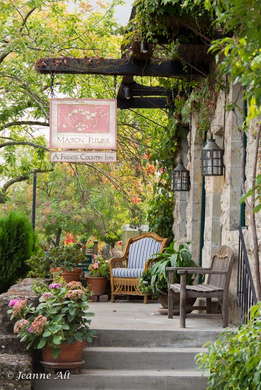 A stay at this comfortable, reasonably priced inn, said to be the oldest hotel in the Napa Valley, places you within easy walking distance of Yountville's fine restaurants. Local quarries supplied some of the stone on the facade and elsewhere, and some of the red bricks you'll see were recycled from the original French Hospital building in San Francisco. Despite these 19th-century elements and rustic antiques like the French flour sifters and a basket for transporting grapes on the back of horse-drawn wagons, the hospitality is well up to 21st-century standards.

Rooms are in three buildings: the main house, which was built as the Magnolia Hotel in 1873; the Bakery Building, which is thought for a time to have housed the Magnolia's bakery; and the Carriage House. These structures all share a French country style but vary dramatically in size and amenities. The most spacious rooms, in the Bakery Building and Carriage House, with private entrances, decks, and fireplaces, provide great value for their price. The five smallest ones, four Petite Queens (10x12 feet with no televisions) and the even smaller but ever-so-darling Garrett Queen (9x9 feet but with a TV), represent Yountville's best lodging bargains.

YOU SHOULD KNOW Rooms on the western sides of the Bakery Building and Carriage House pick up some noise from Bouchon Bakery which shares a fence with the inn; the quieter rooms are on the buildings' Yount Street side. 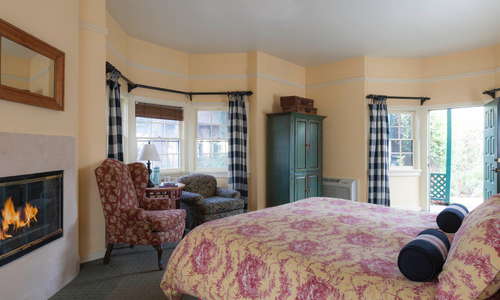 All the bathrooms are clean and well maintained, but if you're looking for luxury in the main house, opt for one of the two Deluxe rooms, which have showers and tubs (jetted in the king, not so in the queen). All the Bakery Building and Carriage House rooms have tiled bathrooms with jetted bathtubs large enough for two. Good for singles and cuddly couples, the Petite Queens and the Garrett Queen have private bathrooms with small showers.

Good for singles and cuddly couples, the Petite Queens and the Garrett Queen have private bathrooms with small showers.

Maison Fleurie strikes a mildly imposing pose with its stone facade and wrought-iron ornamentation and railing, but just inside the main house a softer look prevails, with cushioned chairs positioned around a large gas fireplace. Guests staying in the smaller rooms often gather in this living room–like space that also contains a reproduction desk with a wireless printer for printing boarding passes and other documents from their smartphones. The redbrick-walled breakfast area down a few steps from the lobby is the inn's great gathering space, rivalled only by the open-air deck atop it, which has views from its low-slung patio furniture of the swank Bardessono Hotel across the street.

There's no gym here but patron can rent bikes on-site.

The innkeepers lay out an extensive buffet breakfast in the brick-lined room a few steps down from the lobby. The crowd-pleasing breakfast entrée, the Hobo Breakfast with potatoes and poached eggs in a cheesy cream sauce, made it into the cookbook of the greatest culinary hits of the Four Sisters Inns properties. If it's not being served, there'll be another hot offering. The morning buffet also includes a house-made baked good and granola, along with cereals, yogurt, various breads, fresh fruit, and coffee, tea, and juice. You won't go hungry here. 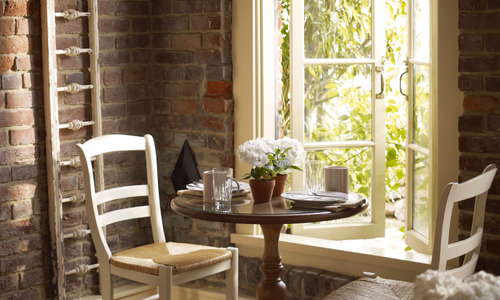 Maison Fleurie has no bar, but hors d'oeuvres and wine are served nightly—the hot artichoke dip is a guest favorite. From Thursday through Sunday, winery representatives pour their wines.

Downtown Yountville lies just east of Highway 29 about 9 miles north of the town of Napa. VINE Bus 10, which travels between Napa and Calistoga, stops along Washington Street. Most tourists don't use the bus, but many do hop aboard the motorized Yountville Trolley, which circles through town providing door-to-door service. Ask at the front desk about how to catch a ride. Most of downtown's shops, restaurants, and tasting rooms are along several easily walkable blocks of Washington Street, so you may not need any vehicular transportation unless heading out to wineries beyond downtown.

Walk a few paces west of the inn to Bouchon Bistro (1-minute walk) for classic cocktails or east across the street to the bar at the Bardessono Hotel's Lucy (30-second walk). Redd Wood (10-minute walk) and R+D Kitchen are lively places for a drink, the latter's outdoor bar especially so on sunny summer weekends.

The name Maison Fleurie means "flowering house" in French, and with a few dozen of types of roses and flowers on the grounds, along with magnolia and other trees, a genteel rusticity infuses the place. Guests report enjoying the communal feeling of a stay the main house, but if you desire a degree of privacy you have options in the two other buildings. Whichever you choose, you'll get true value for your vacation dollar. 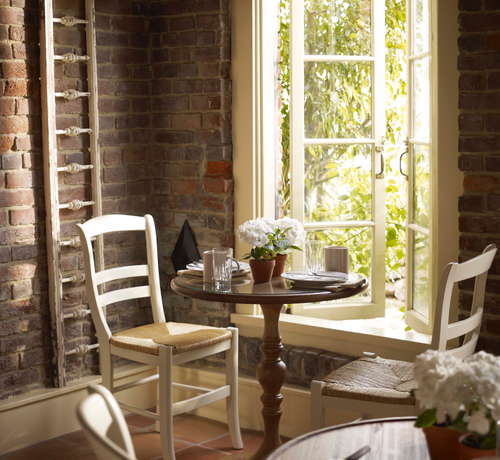 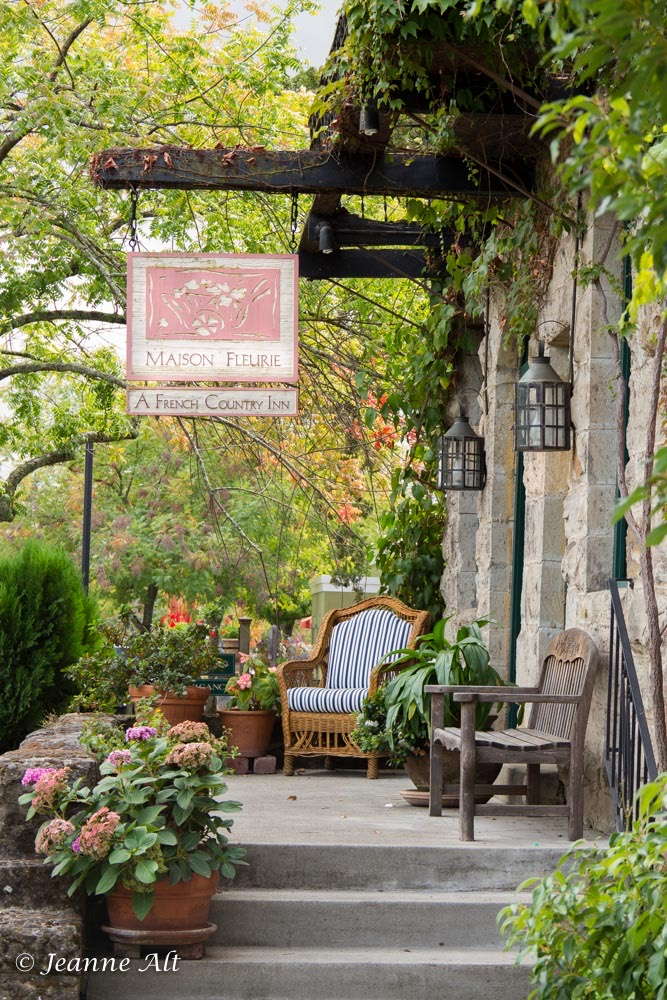 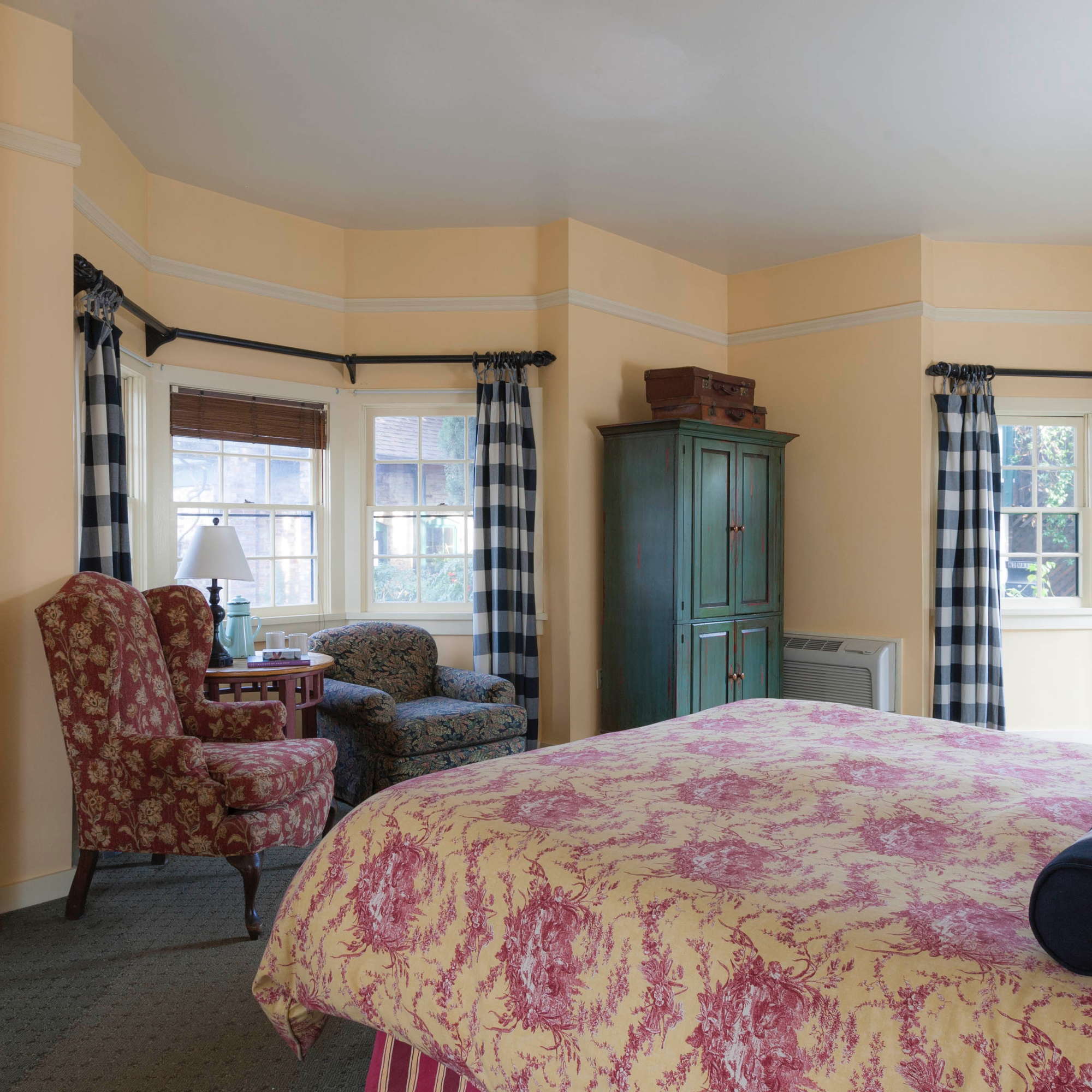 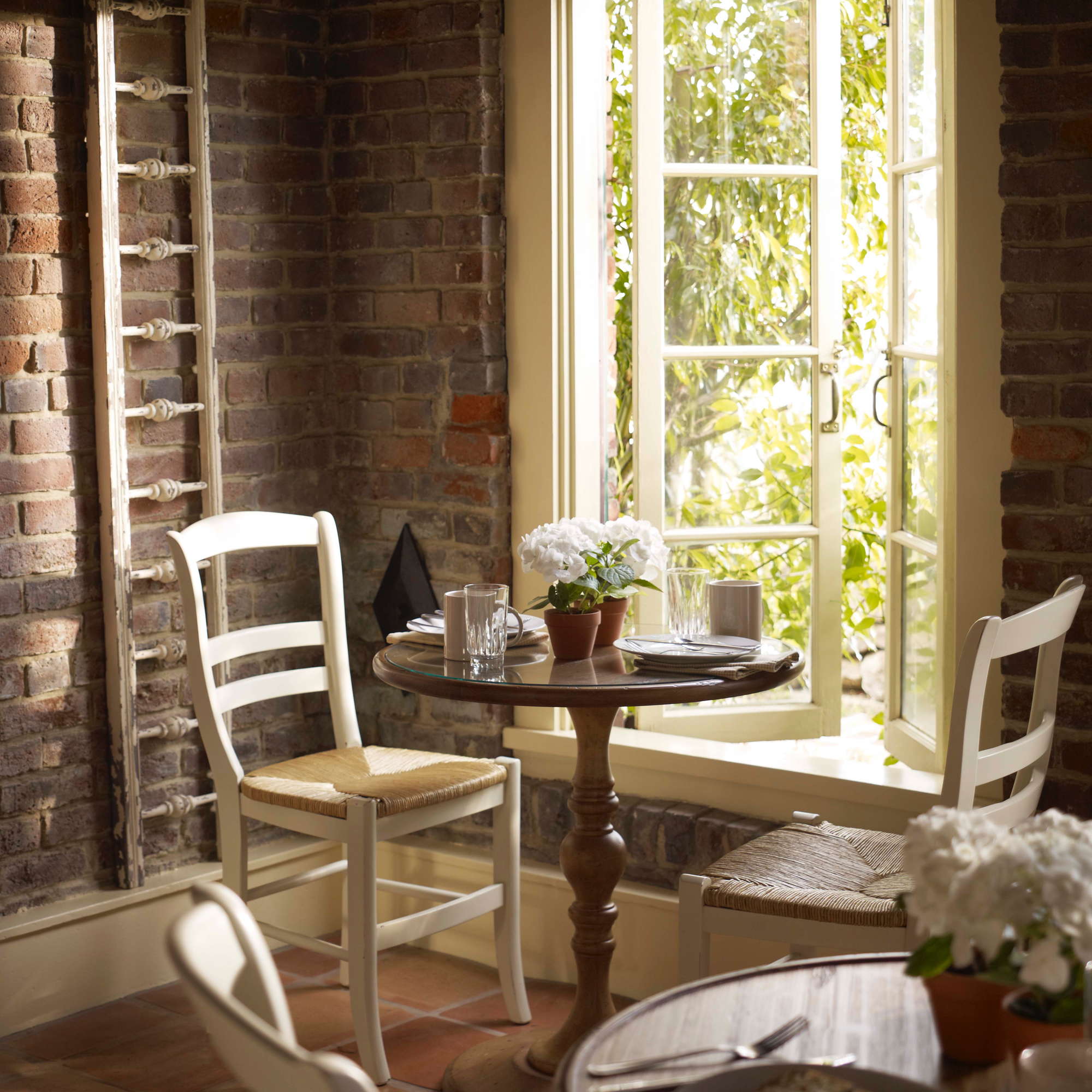