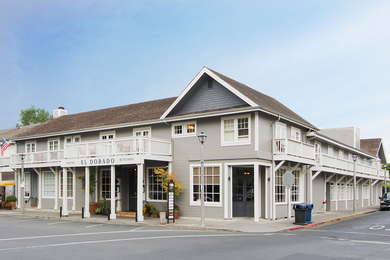 Rooms in this remodeled 1843 boutique hotel strike a rustic-contemporary pose with their Restoration Hardware furnishings and new beds, but the Mexican-tile floors hint at Sonoma's Mission-era past. High-tech features like Tivoli Bluetooth alarm clock radios are a nice touch, and each room has a small balcony or patio either streetside or facing a courtyard where guests lounge around the pool and sip fancy cocktails. Although some guests consider the hotel’s Sonoma Plaza location a boon, noise is an issue in rooms along the plaza or Spain Street.

Most of the 27 rooms are on the smallish side, but they’re laid out efficiently and despite the two-story hotel’s age feel modern and, with a few exceptions, airy. All rooms have patios or balconies. The amenities include refrigerators, plush bathrobes, reusable water bottles, Tivoli Bluetooth audio, and free Wi-Fi, coffee, and tea.

Unless you’re a heavy sleeper, request a quieter courtyard room. Should you end up facing the street, staffers will gladly provide earplugs. 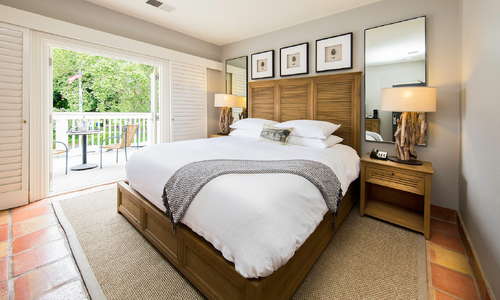 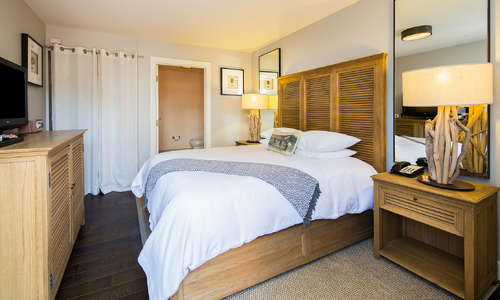 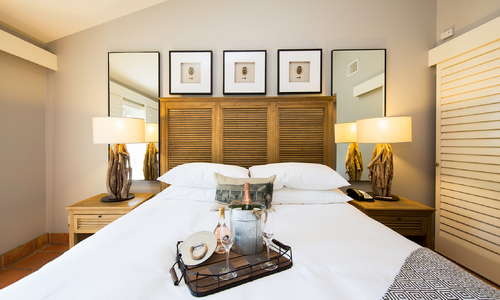 Small but updated with gleaming white-tile showers (one ADA room has a tub), the bathrooms are stocked with high-quality products.

YOU SHOULD KNOW There’s no elevator to the second floor. 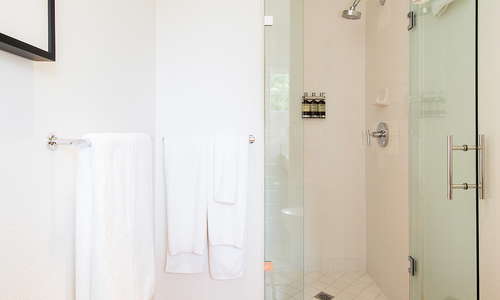 A terra cotta–tile Mexican-style staircase with a white-enamel banister sweeps up from the lobby to the guest rooms. Both El Dorado Kitchen and the adjacent wine bar, where breakfast is served, adjoin the small lobby. The lobby contains a few sitting areas where you can browse your phone or sip a cocktail, but it’s not a major hangout.

YOU SHOULD KNOW With parking spaces for fewer than a third of the rooms and three-hour zones on streets nearest the hotel, parking can be problematic, though with sufficient spaces within a block or two most guests don’t find this a deal-breaker. 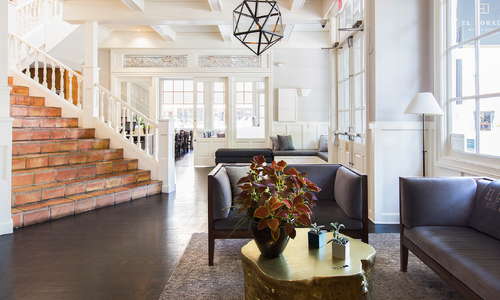 The saltwater pool, fenced off in a ground-floor courtyard, is a major plus on a hot summer day. 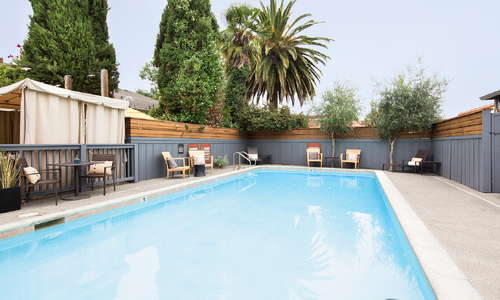 Plan to dine at least one night at El Dorado Kitchen, where chef Armando Navarro's crew crafts dishes full of subtle surprises. The menu might include ahi tuna tartare with wasabi tobiko caviar as a starter, with paella awash with seafood and dry-cured Spanish chorizo sausage among the entrées. 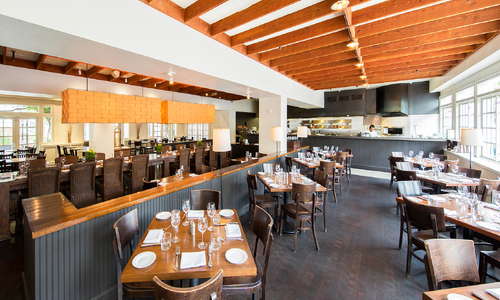 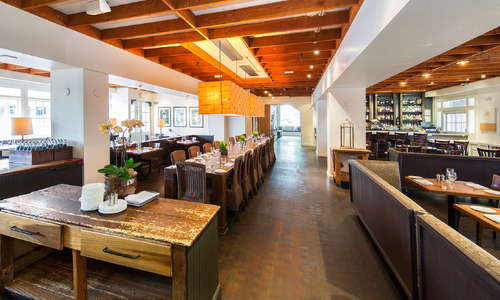 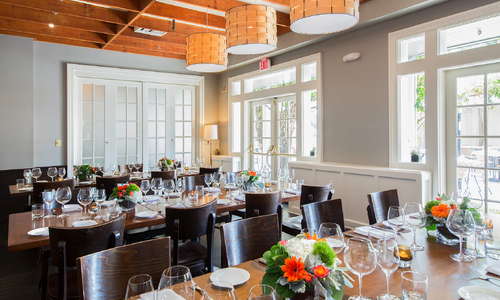 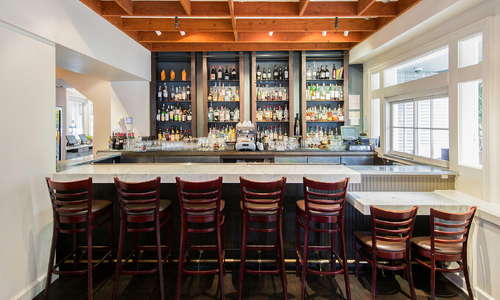 Shops, tasting rooms, and restaurants are all within walking distance, with more wineries and tasting rooms a short drive away. Public buses departing from the plaza pass by nearby wineries, though few tourists travel this way.

Orange and yellow predominate at the cheery Sunflower Caffé (10-second walk); good for breakfast and lunch (the smoked duck sandwich is a longtime town favorite), it’s next door to the hotel in another historic building. Several doors south (30-second walk) is the Harvest Moon Cafe, a joy for its perfectly executed New American dishes and genuinely warm vibe. Across Spain Street from the hotel is The Girl and the Fig (10-second walk), a hot bôite for Provençal cuisine.

If you find yourself flagging, toodle half a block to the old-timey Swiss Hotel (30-second walk) for a brisk blast of Glariffee, a cold variation on Irish coffee. Just off the plaza, the effervescent Sigh (2-minute walk) pours excellent sparkling wines, some from Sonoma, others from France and beyond. Chardonnay and Pinot Noir are the specialties among many of the three dozen tasting rooms here.

An attentive staff, one of Sonoma’s finest restaurants, and a prime location across from leafy Sonoma Plaza make the historic El Dorado Hotel a good choice for a downtown stay. With all the shops, restaurants, tasting rooms, and mission-era sites nearby, you could easily fill a few days here without getting into your car. Rooms are on the small side, but patios and balconies, most with French doors that open wide, keep them from feeling claustrophobic. 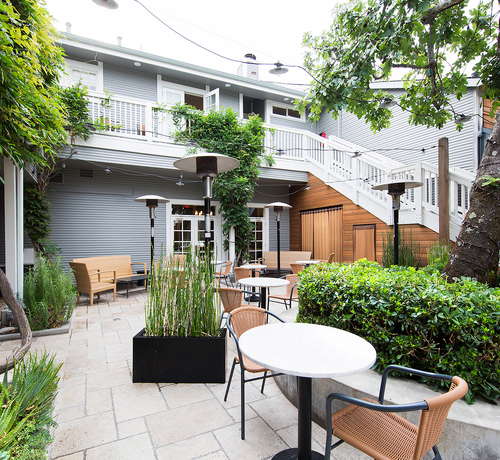 Thank you for your interest!
Look out for our newsletters with travel tips and special offers.
1/11 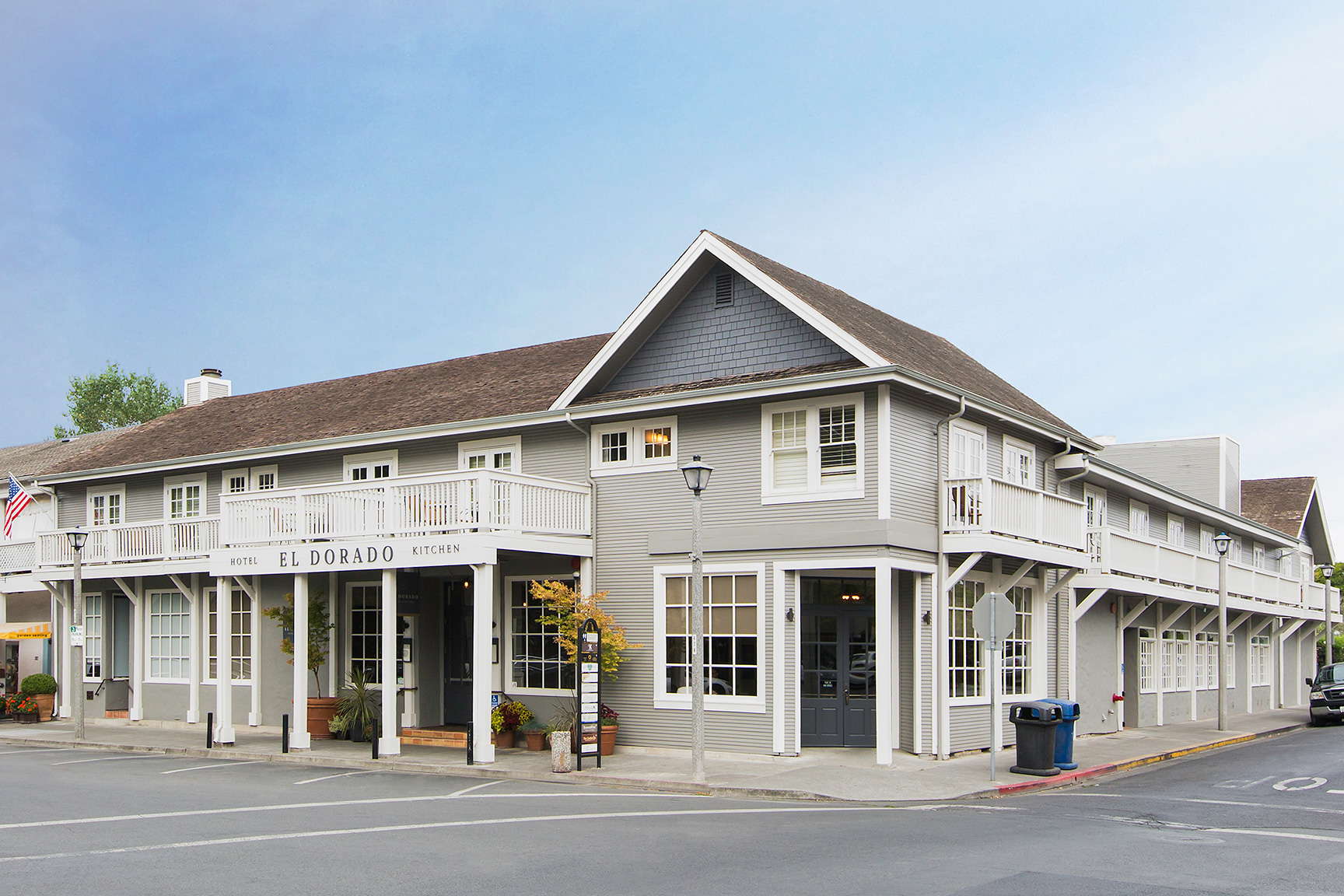 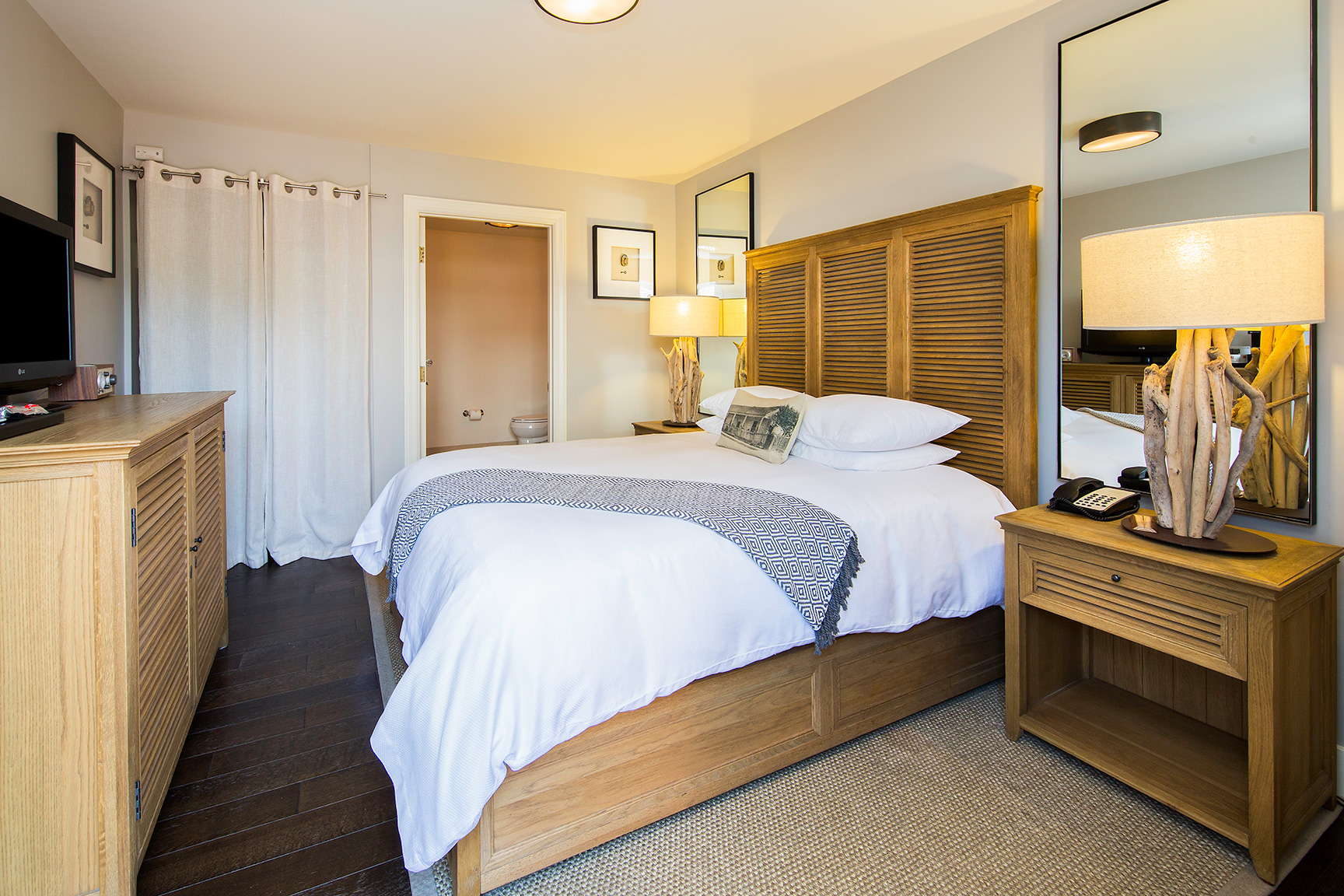 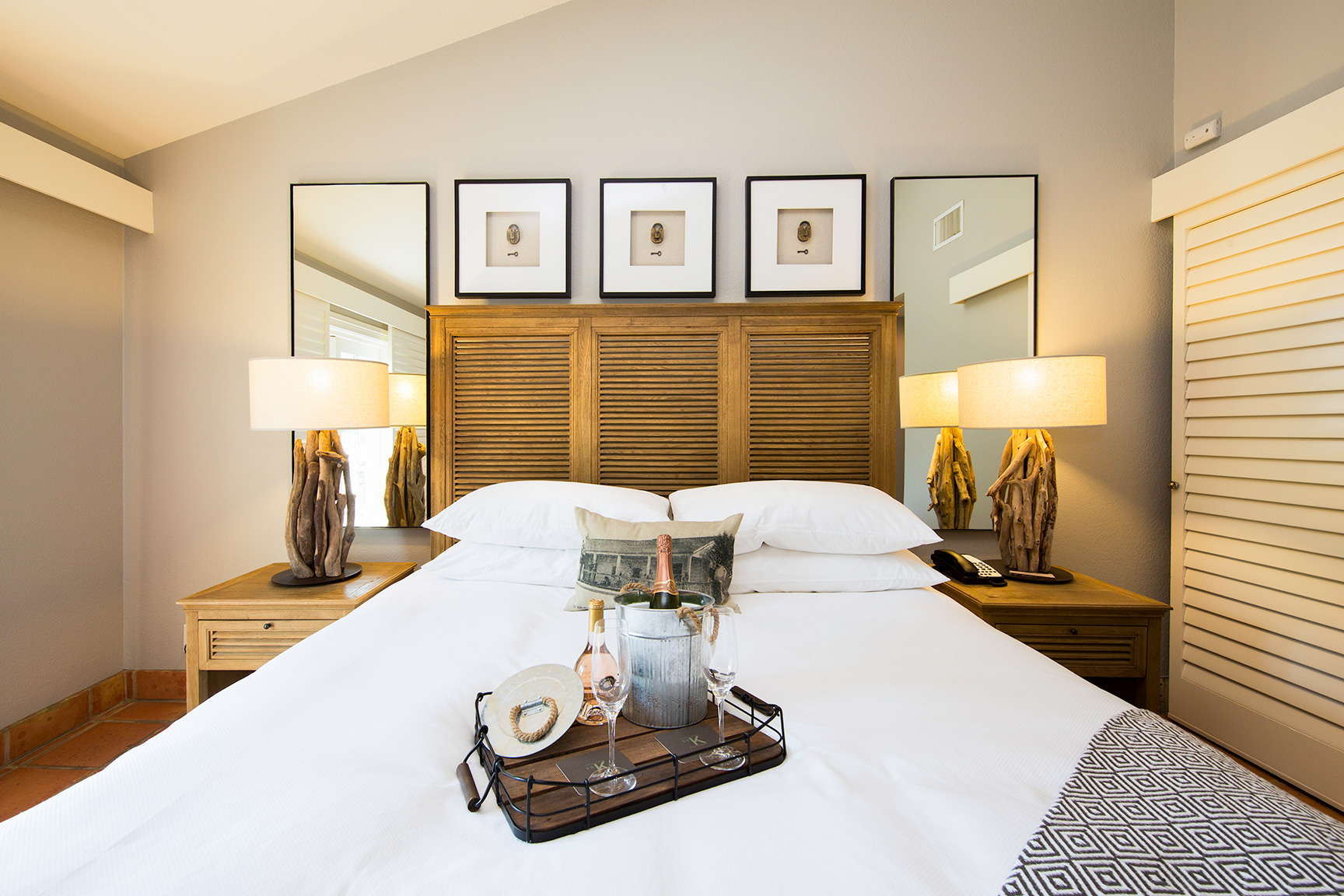 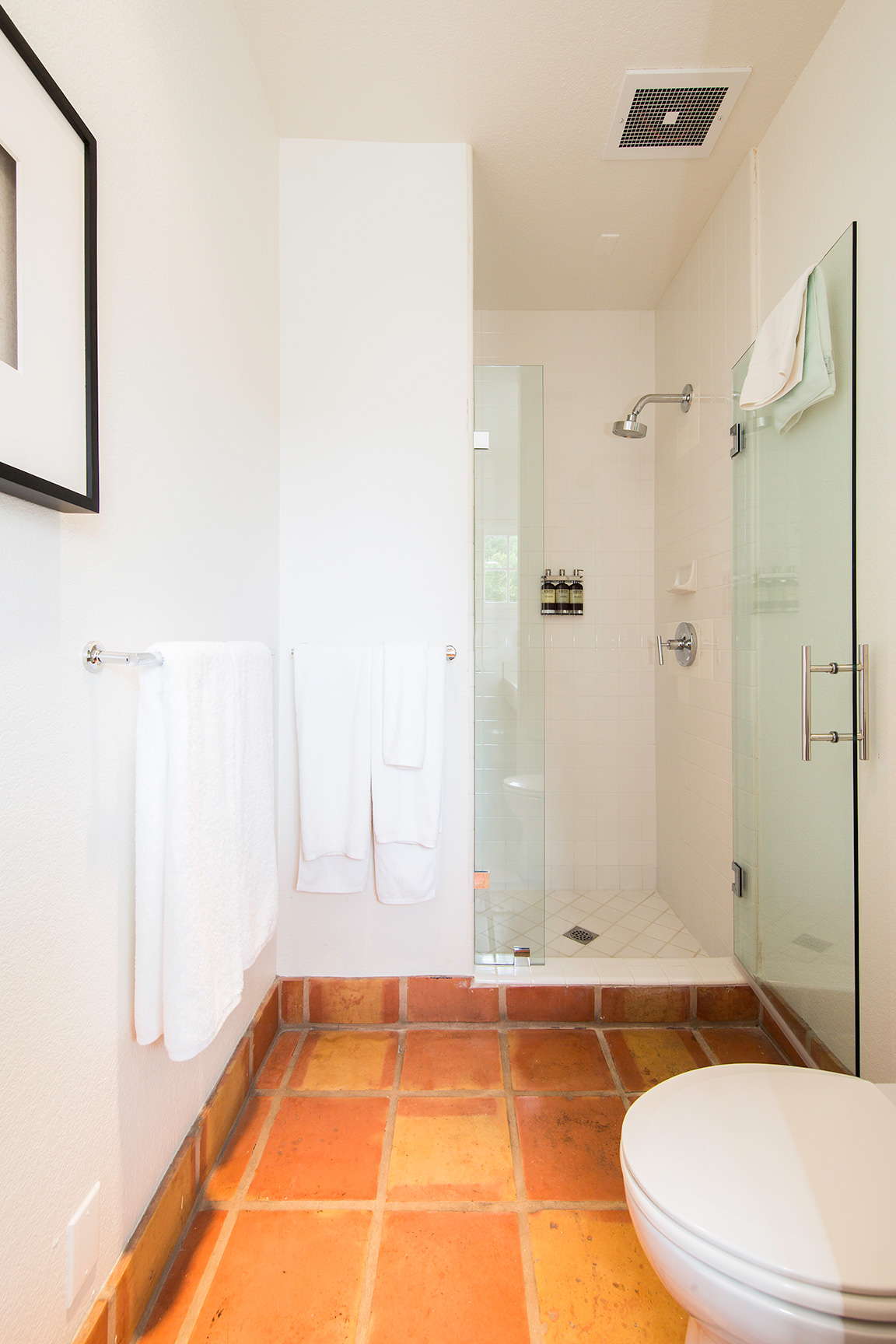 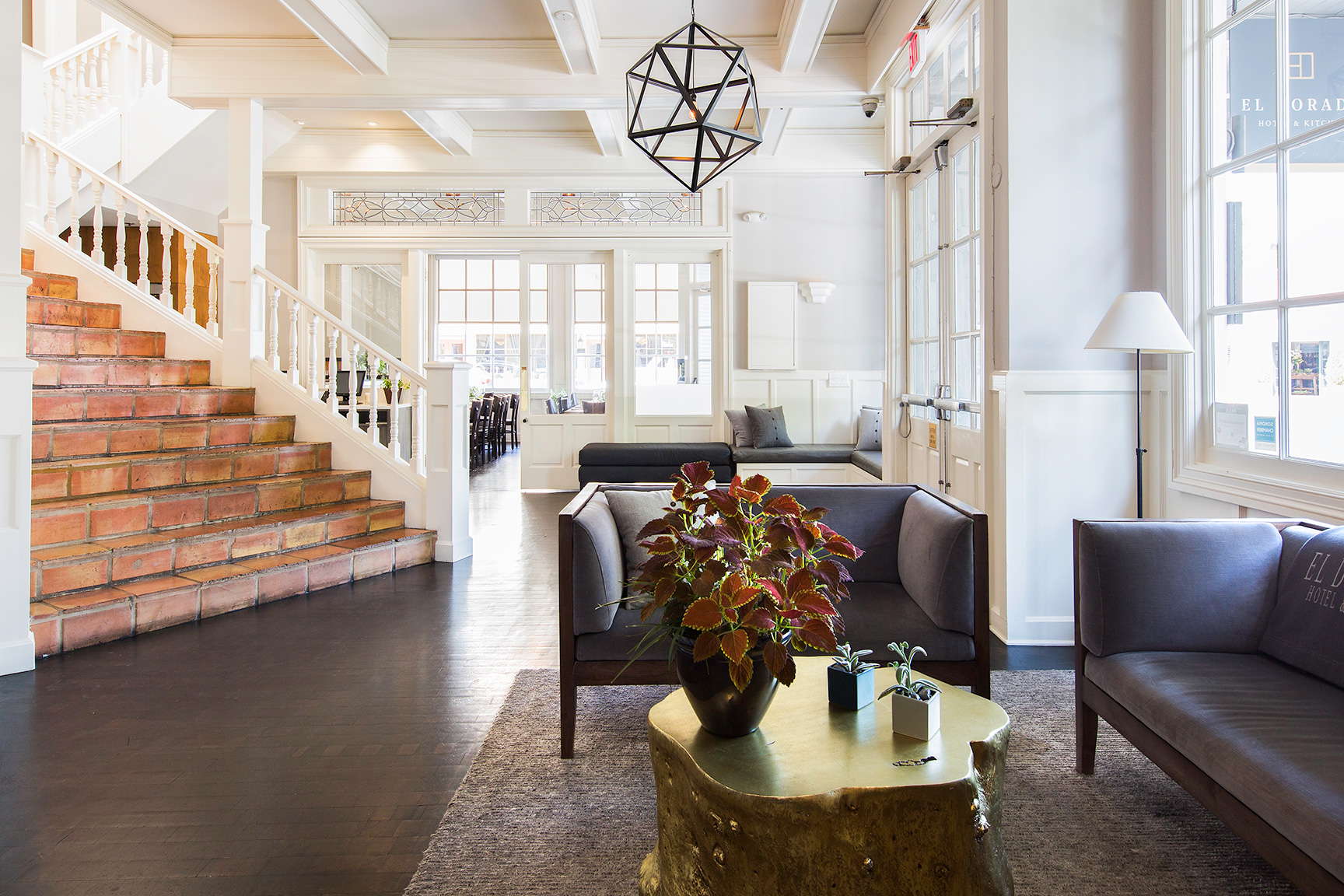 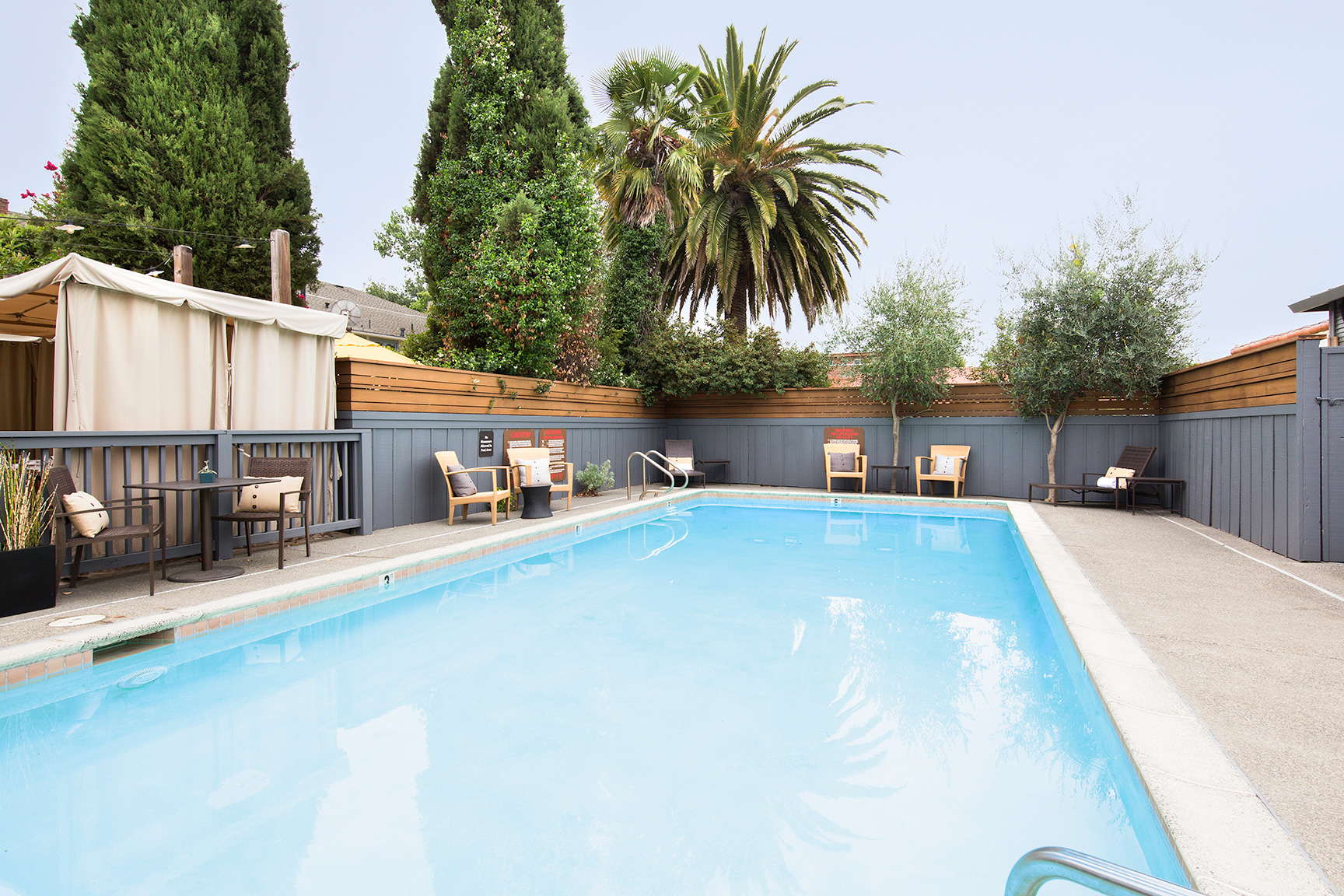 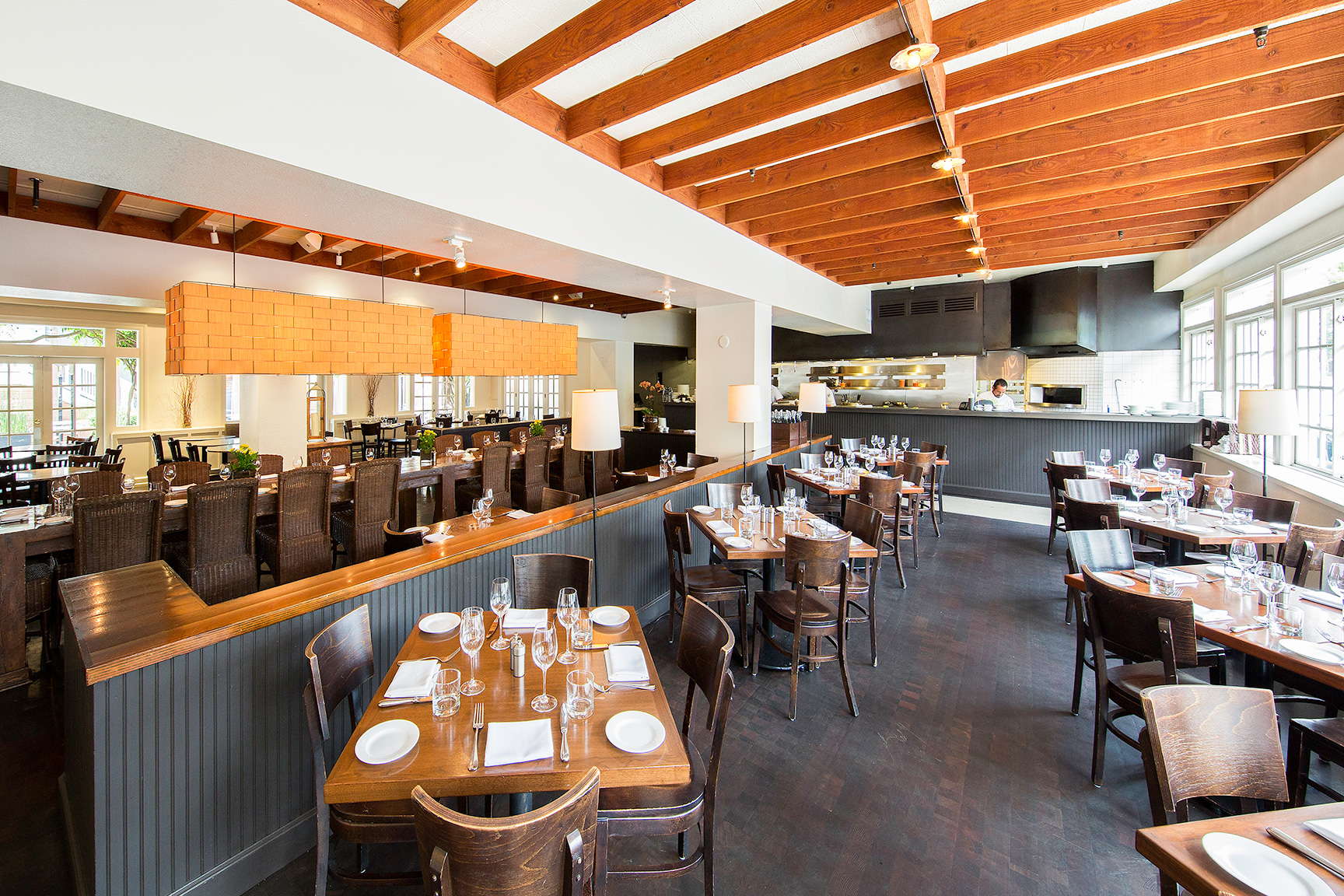 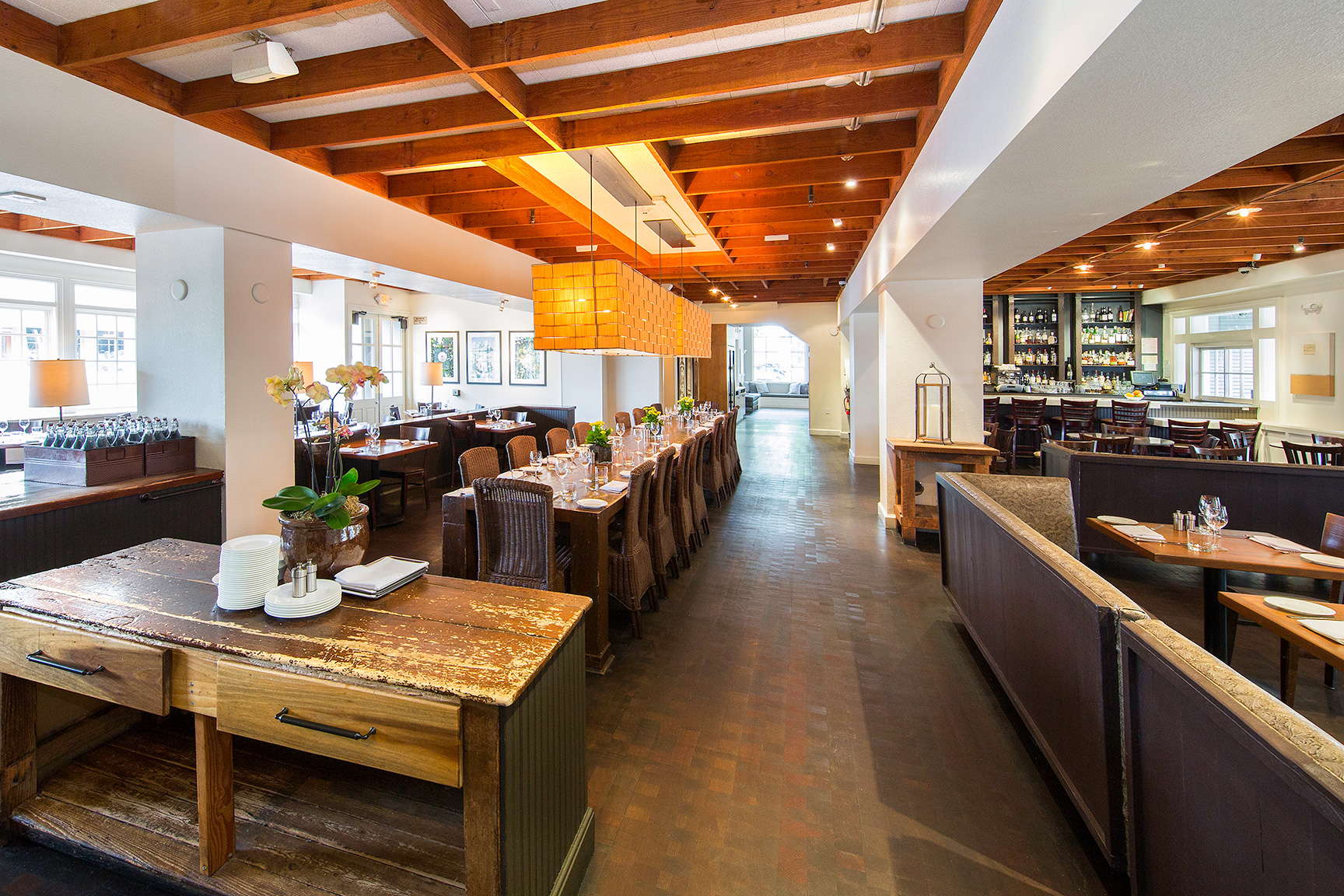 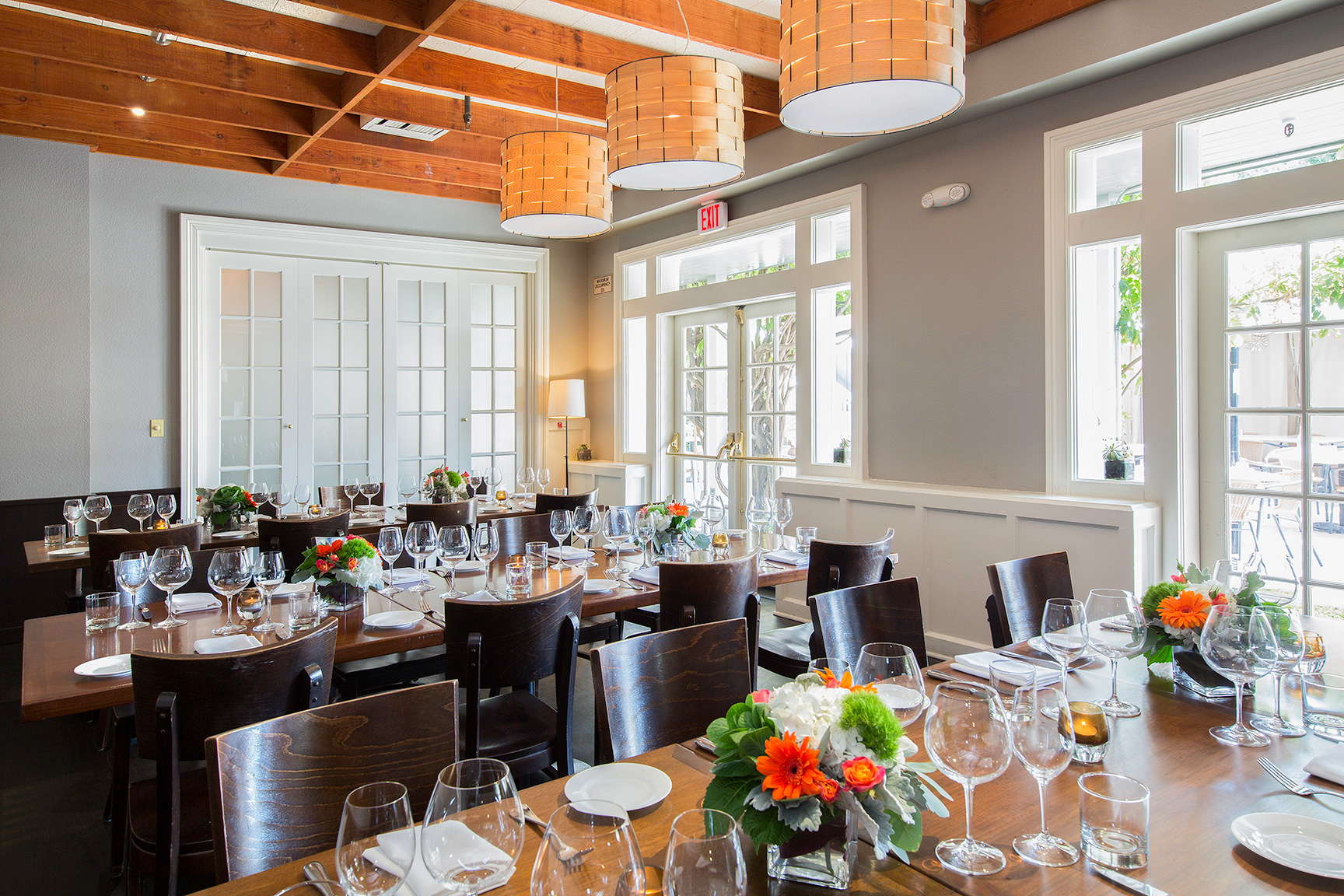